At home with Nicole Koller
For Nicole, training with the boys was the way to go. Harder, further and faster. Fewer breaks and even harder. Her brother describes it as 'maybe even too tough'.

Nicole started biking at the age of 6 and would always push harder and further. As she trained and progressed in racing, she became junior World Champion XCO in 2014. A result achieved with tremendous work but at huge cost. As she strived to maximize performance, she developed an eating disorder. 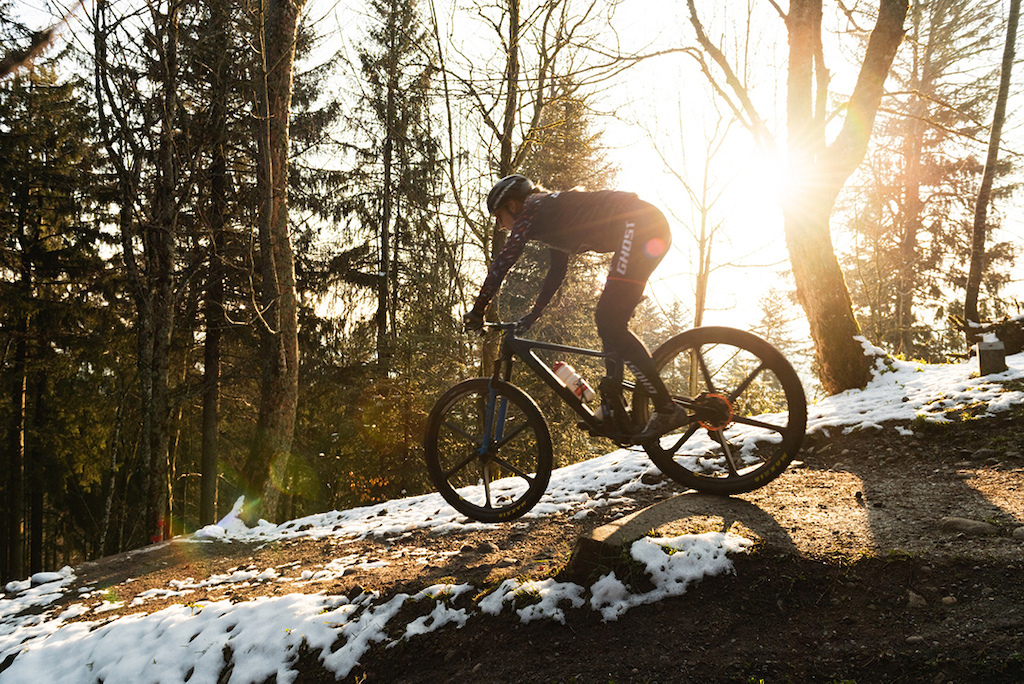 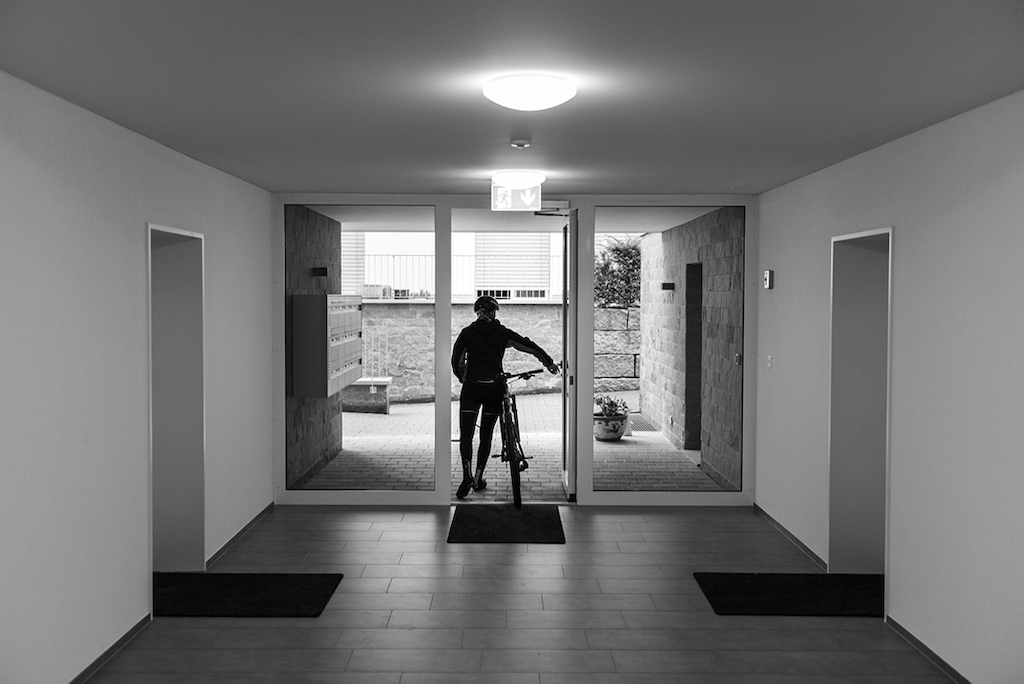 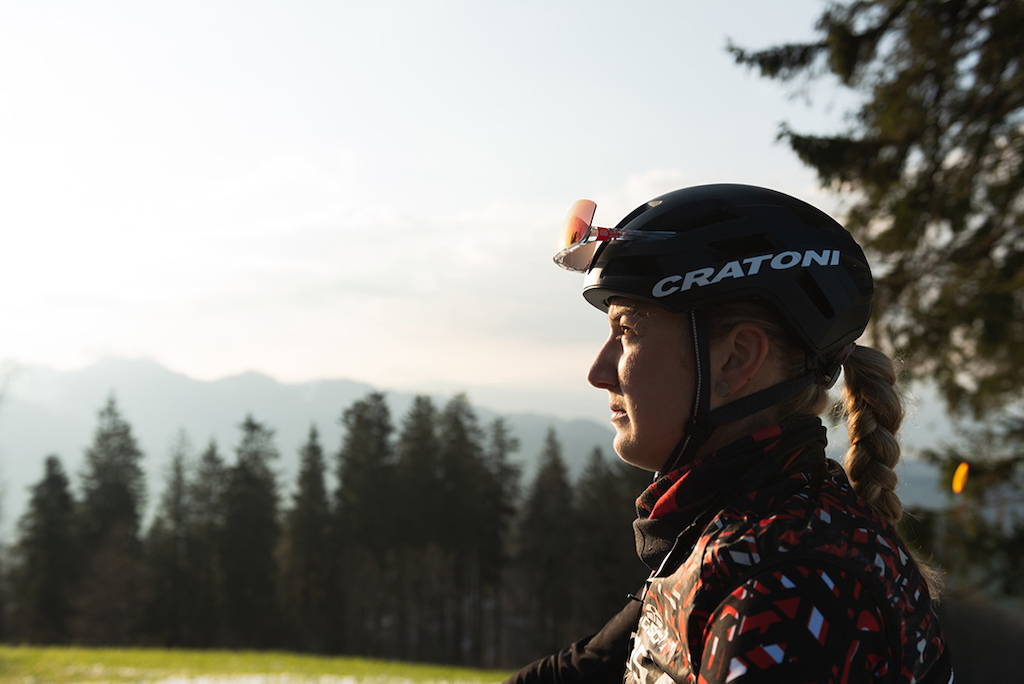 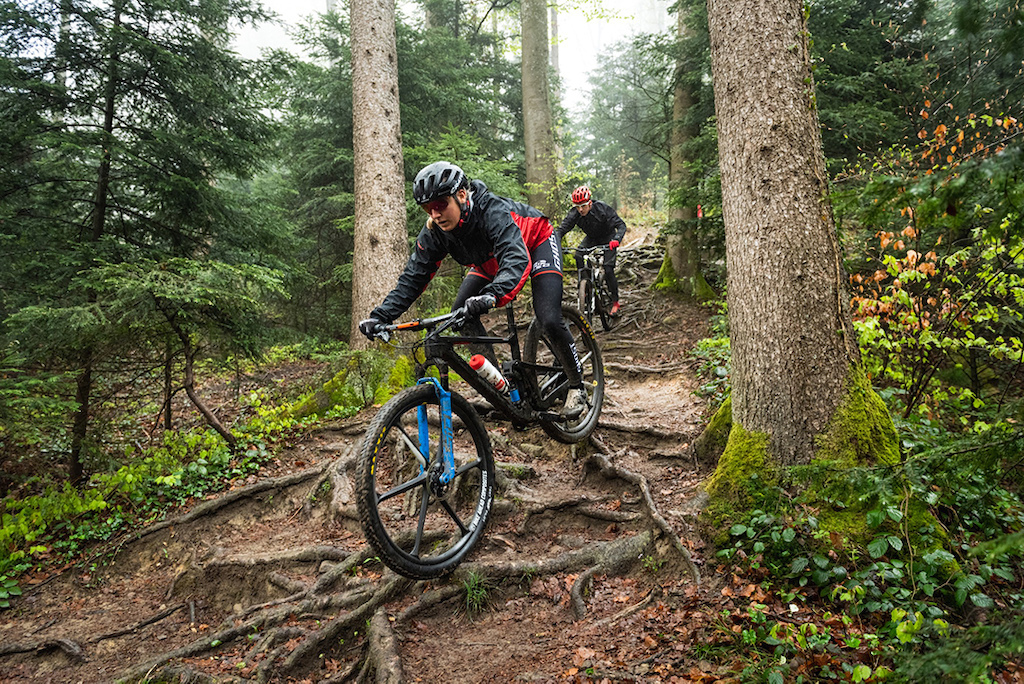 “My parents realized soon I had a big problem. They supported me so much and due to them I could get out of this. It still took me three or four years to get out of this circle."
Her family helped her get back on her feet and now she is on her way to achieve that top performance with a healthy body and mind. 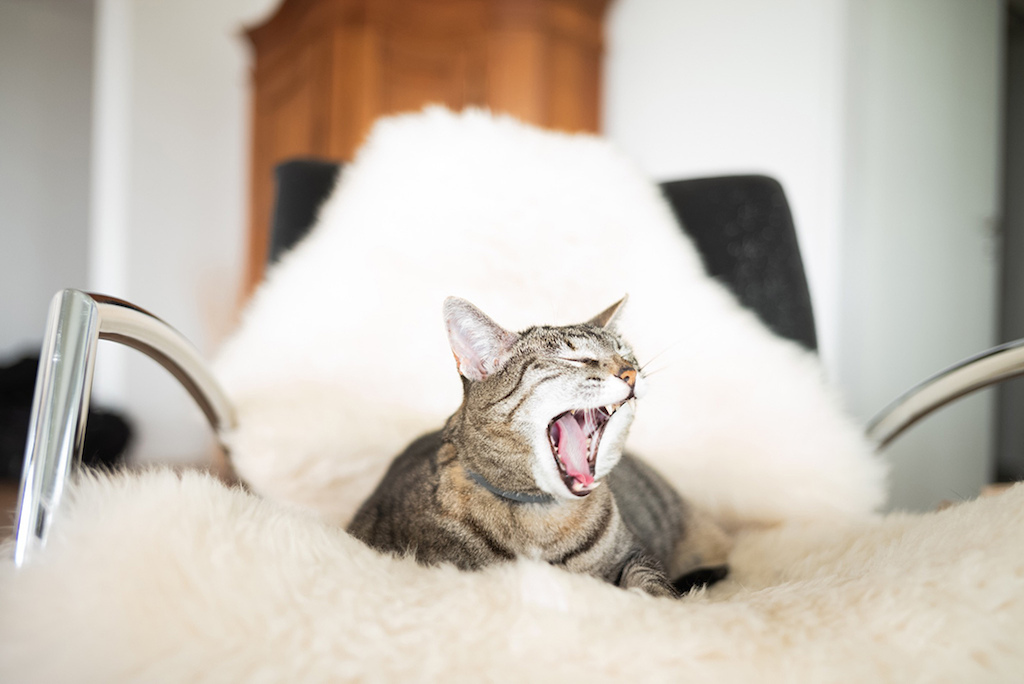 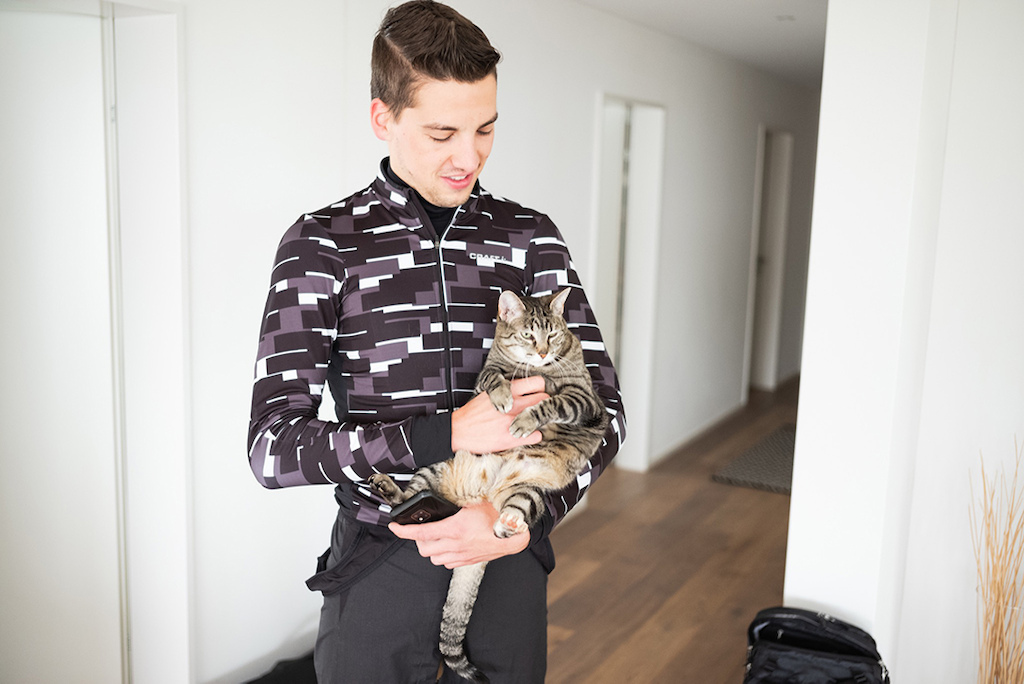 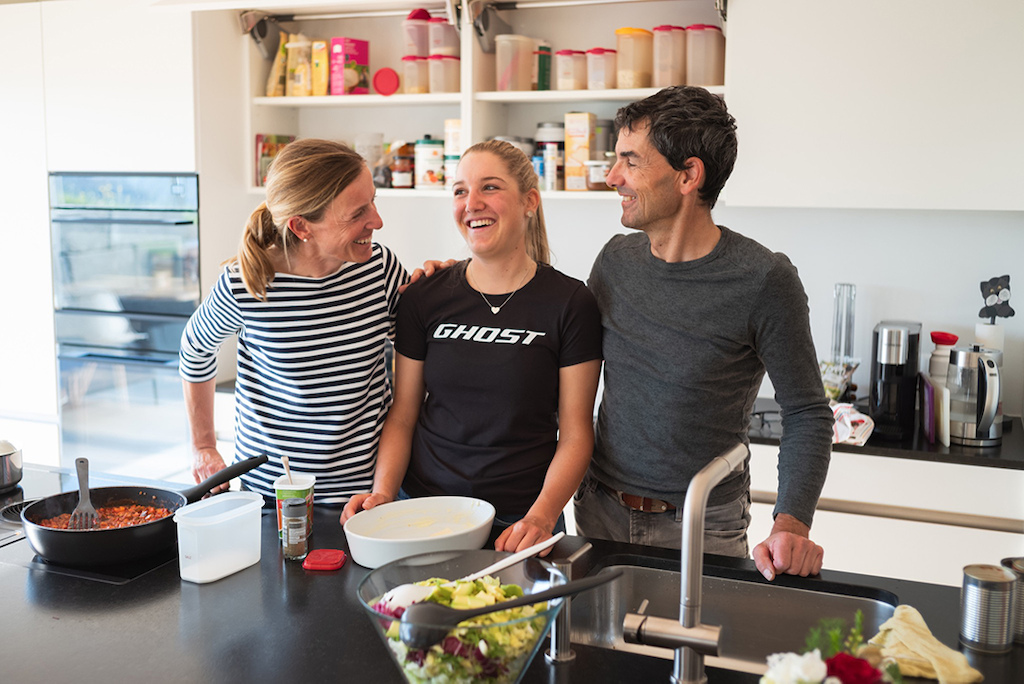 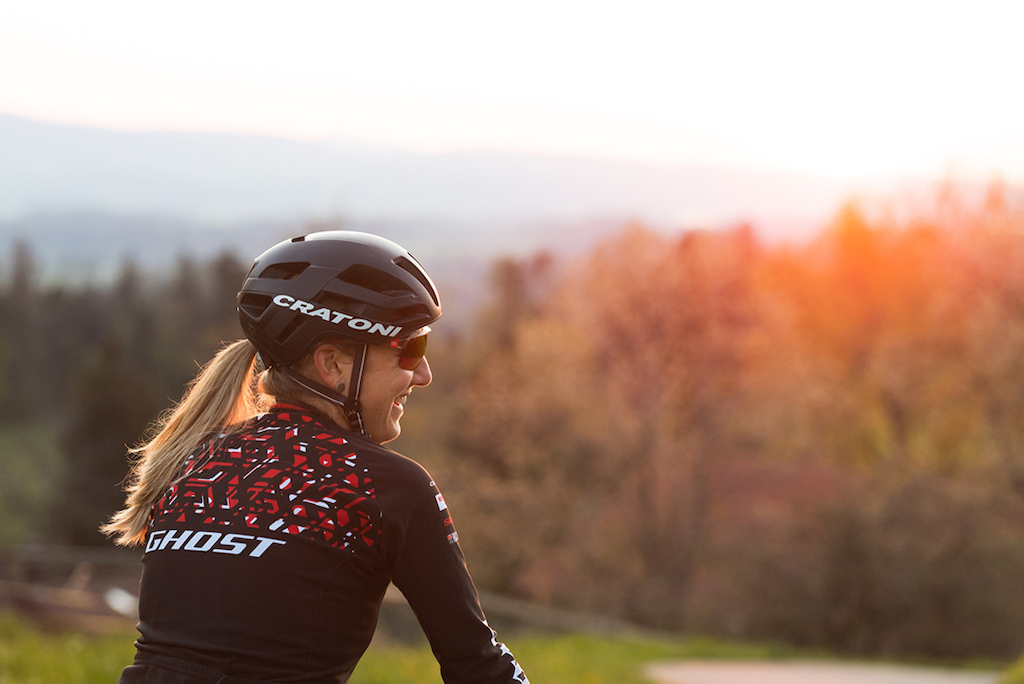 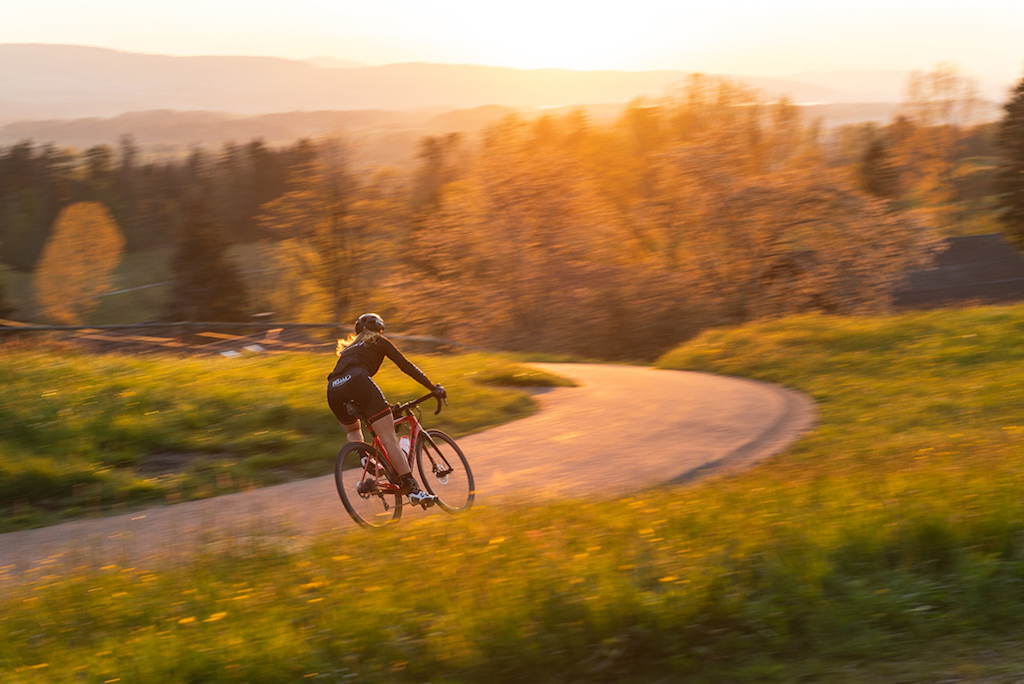 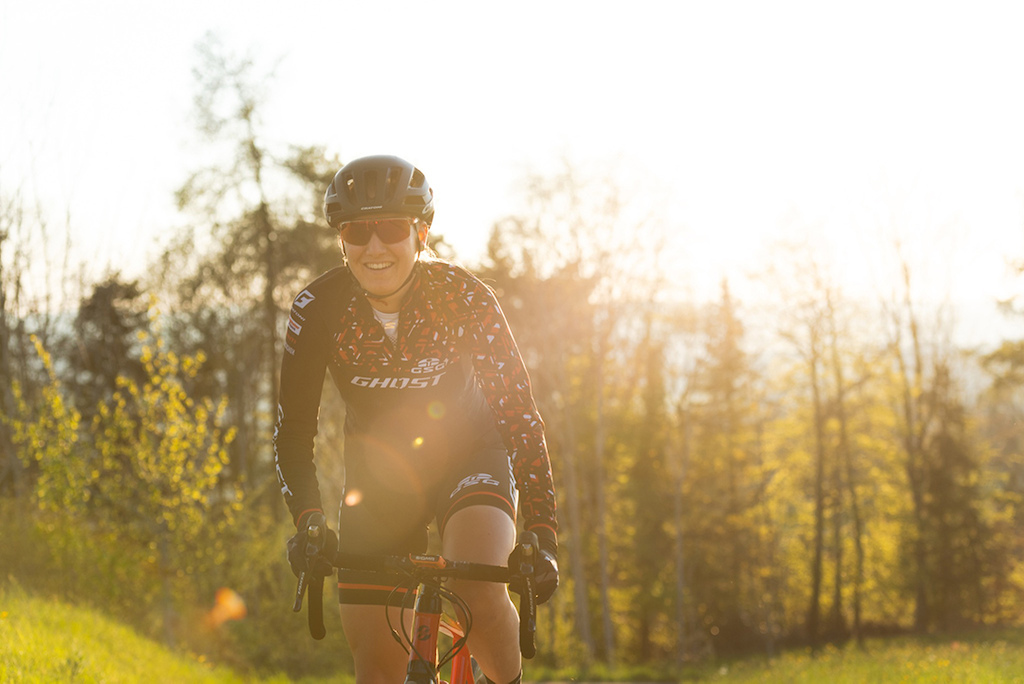 snl1200 (Jul 28, 2021 at 9:12)
In my work in Children and Youth Mental Health and have worked with many young athletes over the years and a number with eating disorders. I think they are often seen as a superficial "just be happy with your body" thing, despite everything else in the world and media often telling young girls what type of body is best, but in my experience eating disorders can be a lot more complex. For example, for some young people whose lives feel out of control or whose sense of control over their body and routines feel outside of their control- eating can be one thing they can control. Also, for athletes, if your value as a human and your identity is based around your performance, feeling as though you are doing everything to achieve that can become obsessive and unhealthy because your value as a human counts on it. Further, for women losing weight, regardless of how they did it, is often viewed as positive and encouraged/ praised without a more honest look at how the person is doing. So many young people I work with start a cycle of unhealthy eating, have others comment on how "thin" (healthy, beautiful, etc etc...) they look and then double their efforts under the new attention. For example, a little while ago I had a client who endorsed eating less than 300 calories a day for a period of a few months. They struggled to stand without feeling dizzy. shivered constantly as the body couldn't keep itself warm, and couldn't safely walk across a room anymore. They needed to be re-fed through a feeding tube as their body was at risk of shutting down and starting the process. Yet people, including specific online circles, family and friends, still told them they looked amazing and aspired to look like them. F$%king heartbreaking. I'm so happy Nicole has shared her experience and I hope her doing so allows others to feel safe doing so. Eating disorders derail and claim a lot of lives and carry so much shame and guilt that is at the heart of maintaining them. Bringing them out of the shadows is so important. THANK YOU NICOLE! I hope sharing helped her unburden some of that and I know it is helpful for others to hear in more ways than she can imagine. That took a lot of courage to share for Nicole and could be life saving! Thank you for that courage and best of luck on your continued journey!

Will-narayan (Jul 28, 2021 at 13:59)
And I've read that what you describe can particularly happen to people with ASD (Asperger syndrome disorder) or ADD, when there are difficultes with Theory of Mind : The difficulty/inability to efficiently mentalize the social world creates anxiety and is kind of suppressed by over-controlling their body.

Also people with alexithymia (=difficulties to identify and describe feelins/emotions) may suppress these difficulties with psychosomatisations resulting in eating disorder (either anorexia through too much control or boulima through feeling of gratification by eating).

Note that alexithymia is iften correlated with ASD, ADD, eating disorder and many other mental struggles. ALEXITHYMIA SHOULD REALLY BE KNOWN MUCH MORE.

snl1200 (Jul 28, 2021 at 15:13)
@Will-narayan: For sure. I had a client a few years ago with ASD (which is actually the formal abbreviation for Autism Spectrum Disorder and the former (DSM IV) Asperger's diagnosis (A milder form of the previous Autism diagnosis) is no longer an individual diagnosis in the DSM V but now considered within ASD that is now a broader spectrum) and part of a lot of ASD presentations, and my client's, was that increased rigidity and lack of interpersonal/intrapersonal insight. It was a tough one but ended well. However that said, a mentor early in my career once noted "if you have met one child with autism you have met one child with autism" highlighting the individual differences between each presentation and the unique and varying challenges associated for each individual. I know as far as treatment goes a particularly difficult comorbidity is with Obsessive Compulsive Disorder as when you apply the ritualized thinking and behaviour to patterns of eating it can be really hard to shift.

Either way- I LOVE seeing people with the courage to share their own experiences of mental illness and mental health as the stigma around it is so problematic! I hope people can take from examples of courage like Nicole's that "it is okay to not be okay" and feel similar courage in sharing and addressing their own mental health narratives. Again- thank you for this Nicole.

njparider (Jul 28, 2021 at 4:24)
This is such important comtent. Congrats to you Nicole. If anyone wants to look further into eating disorders. The documentary Personal Gold discusses Olympic track cyclist Dotsie Bausch's struggle with her eating disorder.

Starch-Anton (Jul 28, 2021 at 3:58)
One wishes her well, health comes before everything, even sport. She's not the first XC racer to suffer from this, or similar. Too much training and not enough food/fuel is dangerous....

vegankidd (Jul 29, 2021 at 12:23)
How are you guys gonna post this documentary and not William Dowling's MTB National's documentary???

So glad he isn't doing the World Cup DH announcing with Warner anymore.

I respect you did not like him as a speaker for the DH races. Probably an issue for many native english people if they hear someone with a strong accent.

But please do a bit of research what Claudio and Velosolutions does for Cycling like building pumptracks in some 3rd world countries so the kids there have a new perspective in sports as example.

But anyway, what does Claudio have to do with this article? Having an issue with anything Swiss?
Post a Comment