$600 GBP
This is a Gary Fisher Singlespeed (Marlin SS). Being a Singlespeed it only has one gear, for anyone in doubt! 17.5 inch lightweight aluminium frame, would suit a rider of 5’6 to 5’11. The hydraulic brakes are Avid Elixir 5 with taperbore technology, in top condition. 120mm Fox front suspension forks also in very good condition. The frame has sliding dropouts so no need for any chain tensioner pulley, direct drive straight from the front chainring to the sprocket at the back. SPD clip pedals Collection only from Purley, South London,

$1500 GBP
This is a medium size YT Tues, in excellent condition. Dirt magazine Bike of the Year. It has 200mm Bos Idylle RaRe forks and 208mm Bos Void rear suspension. Both are in great condition, except for scratches on fork lowers (see photo, disk rubbed against fork during transit). 203mm disk rotors front and rear with Avid Trail brakes give loads of stopping power. XO rear derailleur and X9 shifter. Renthal Fatbar handlebars and E.13 chainguide. Hellitape protection on the frame from new, so still looks great. Cash on collection only from Purley, south London. 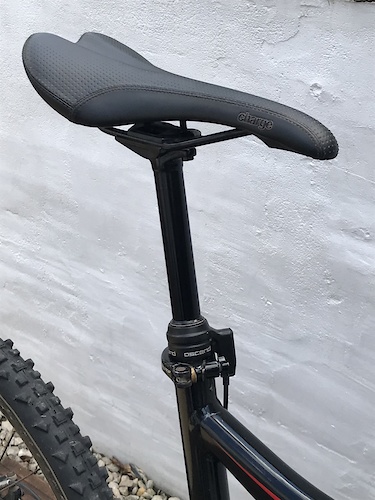 $850 GBP
This is a Specialised Stumpjumper FSR Mountain Bike. The model was originally a 2009 Comp and many upgrades have since been added. It has a new Brand X ascend 150mm dropper post, and new 750mm handlebars with 60mm stem. Rockshox Reba forks that have just been serviced. It has a Chris King headset, and a new Charge saddle. The frame size is Medium, should suit anyone from 5’7 to 5’11. The hydraulic brakes are Avid Elixers, the original ones that came with the bike. The bike has a few dents/scratches but these have been touched up so not too noticeable. The frame is M5 aluminium alloy, bearings are all in good condition though the bushing where the Fox rear shock connects is a bit worn. The drivetrain is in good condition with an XTR cassette and SRAM X9 rear derailleur. X7 front and rear shifters recently added. It currently has SPD clip pedals, but I could put on a pair of black Superstar flat pedals if you'd rather. Collection only from Purley.
Load more...
152 views