Off Season On The Oregon Timber Trail

Curious about the Oregon Timber Trail? A dump truck of adventure can be found along its 669 miles—and just about all types of riding conditions. Stretching from the California/Oregon border to the Columbia River Gorge, the OTT offers everything from sinuous singletrack through dense forest to ridge lines with vistas that stretch for days.

It’s possible to do the entire course in one epic 20- to 30-day push, but why rush it? The fact is, you could spend a year doing weekend strikes and still have room for more. 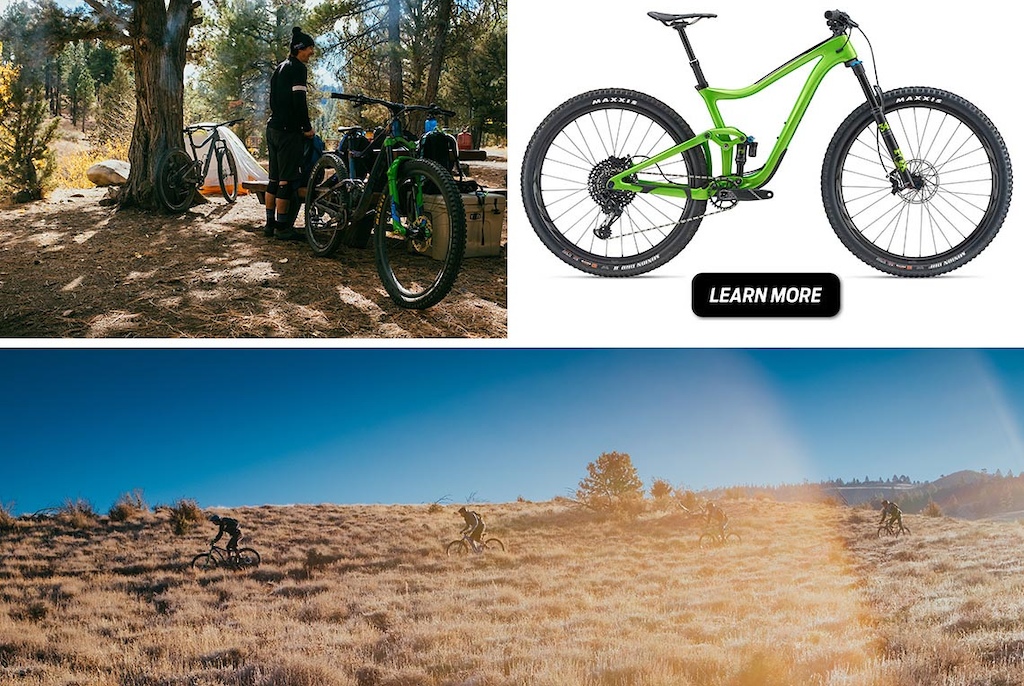 This past October—just weeks before the snow started to fall—we did just that sort of trip. Giant team riders Eliot Jackson and Adam Craig joined Giant USA’s Derek Donaldson and Parley Ford of Blazin Saddles for a quick two-day strike along the southern-most of the Oregon Timber Trail's four main "tiers." What they discovered was an adventure just about anyone can aim for, and the perfect testing ground for Giant's Trance 29 range of bikes.

Here’s a primer on planning your own adventure:

What’s the Riding Like? “The beauty of the OTT is the diversity of riding,” says Giant Athlete Adam Craig. “Oregon is known for lush forests, with dark dirt and beautiful ribbons of singletrack. There's plenty of that along the OTT alignment. There are also high desert landscapes, barren ridgelines, recently burned forest and the influence of Oregon's volcanic geology is apparent at times. People should expect it all.”

Craig says it’s prudent to mention that, regardless of the tier, these are primitive trails in remote country. "Much of the OTT alignment passes near designated Wilderness and it certainly has that character," he says. “Plan on challenging route-finding at times and acknowledging that, even when doing day rides or short overnights, riders need to be self-sufficient. Which is kind of the point, right?” 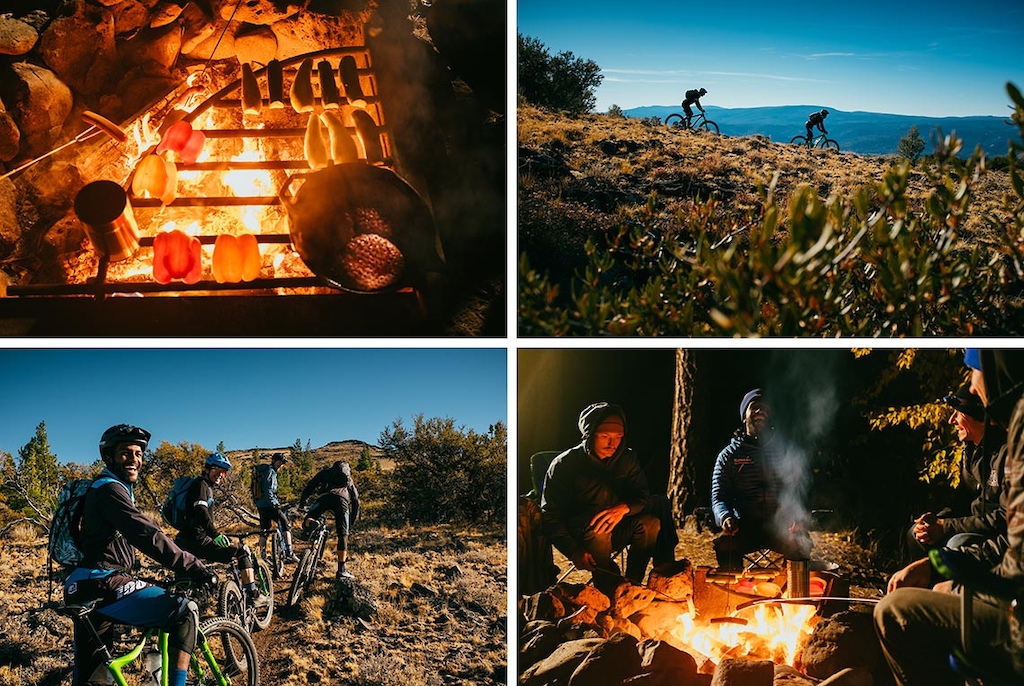 When To Go? It all depends on the year. In 2017, the Timber Trail's inaugural year, deep snow stuck around until mid-July and then the whole state lit on fire the first week in August. "Which at least knocked the mosquitoes back," laughs Craig. "I think the second week in September is a great time to do a weekend ride. It might be a little late to start the whole trail, but if you got lucky it sure would be perfect." 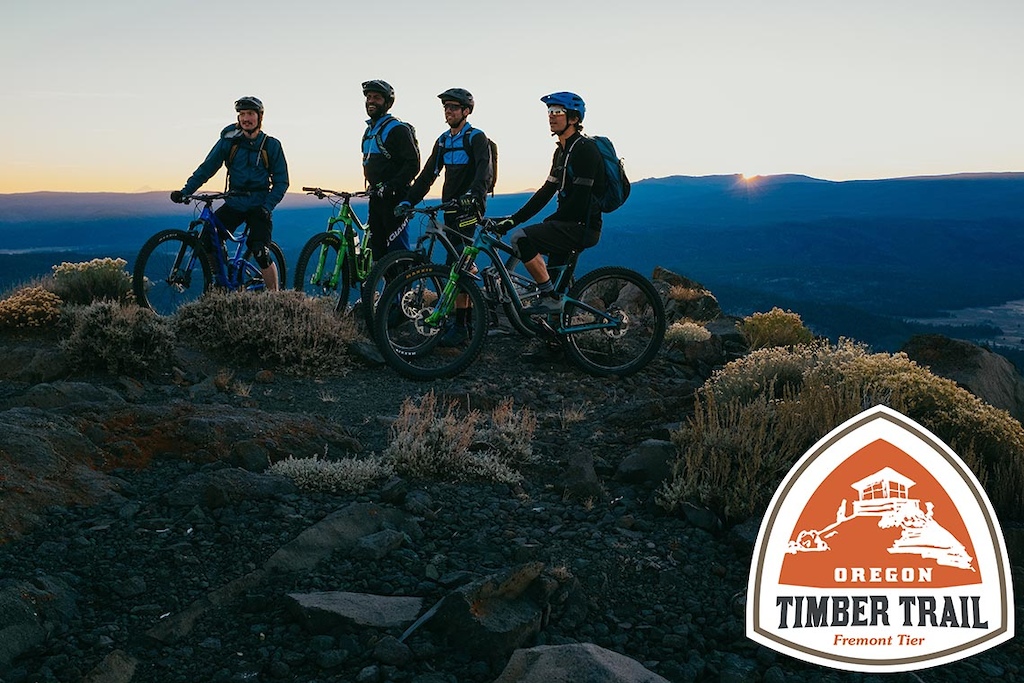 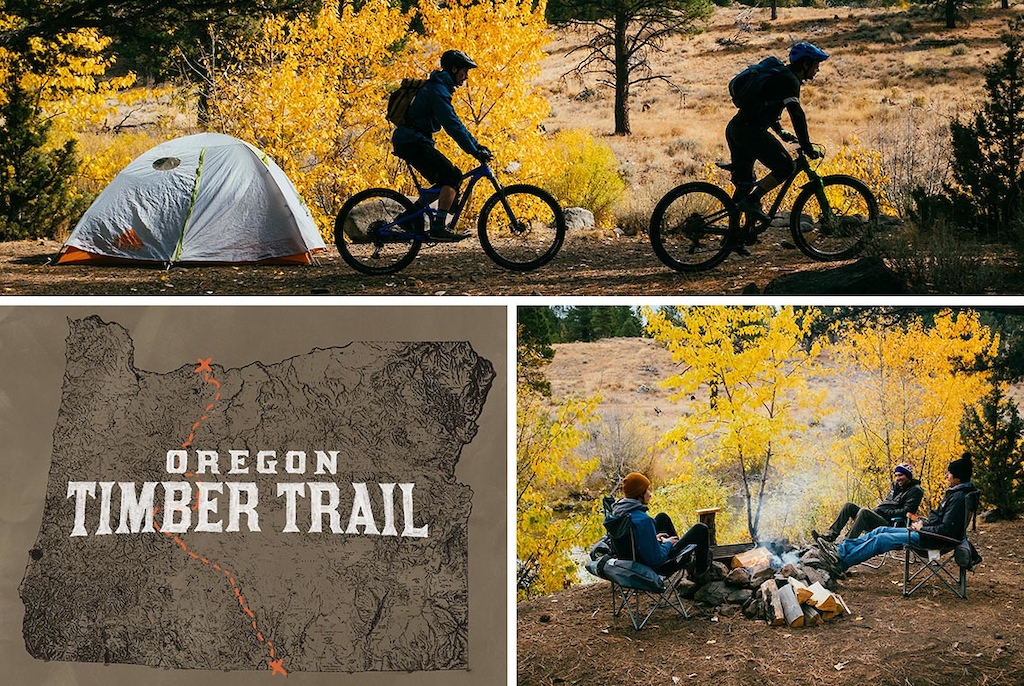 Get Planning! Start with how much time you have available and what support infrastructure you'll be working with and go from there. There is a trove of information on the a Oregon Timber Trail website. Have a look at the Route Guides for each tier and decide where you'd like to start and end your journey.

"It doesn't have to be a California to Washington trip every time," says Craig. "Pick a tier and pick it apart into digestible, inspiring chunks for your group."

This could mean self-supported riding point-to-point, the same with the help of a support car, or a base camp with intent to explore some of the other trails which are often neighboring the route in all directions.

Other tips? "Bring more food than you think you'll need and be ready to manage your water provisions," says Craig. "Speaking of water, the weather is generally awesome in Oregon during proper summer, as we're dominated by high pressure over the Pacific, but as soon as you go without rain gear, well ..." 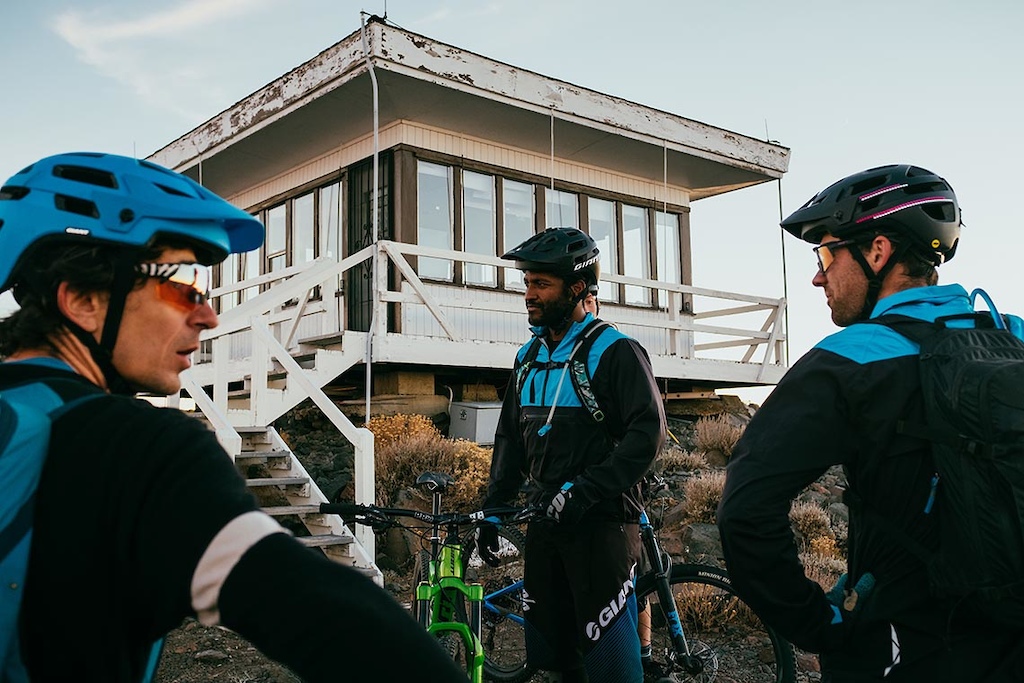 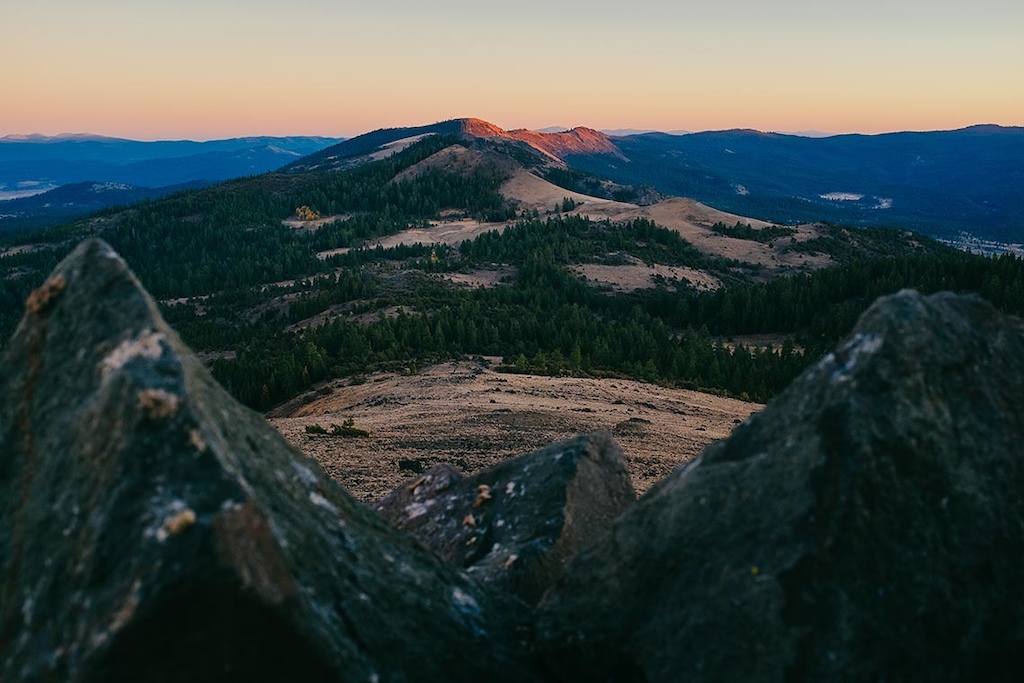 OzarkBike (Mar 25, 2019 at 10:16)
As with a lot of bike companies there are a ton of rippers at Giant USA. Plenty of former XC, DH, and BMX national champs, along with a few ex Motocross/Supercross pros. Giant needs to market this better in my opinion.

Great to see Giant put out more of this style of "mtb culture" stuff.

tbmaddux Plus (Mar 25, 2019 at 10:03)
For some reason the map of the route (shown at 0:50) is displaced about 30 miles to the east of where it actually lies. So, for example, the actual route goes all the way into Oakridge and back out again around Waldo Lake. It crosses the Cascades again south of Mt. Jefferson and covers the Old Cascade Crest trail network, then goes back east around Mt. Hood. Another result of this is that the map in the video shows the ride track going right through Bend and Redmond, which is not the case in reality.

slashandburn (Mar 25, 2019 at 20:41)
Been on the list even before the OTT was a thing for getting away from the crowds in Central Oregon, good to hear it is do-able for some long day missions. Just have to hit it when it's prime, that's the trick! Wonder how much rehab needs to be done in the wake of the Watson Creek Fire last year..

benmccormack (Mar 26, 2019 at 9:09)
@slashandburn Watson Creek fire impacted the climb up from the Chewaucan to Winter Rim. We'll be working with the USFS this summer to rehab the area. If you're not already, get on OTTA's mailing list for possible updates and stewardship opportunities.

arwilso4 (Mar 25, 2019 at 21:21)
These guys are pros, and I am far from it, but who carried all the gear? Can't put tent in a hydration pack. Maybe I just pack to much shit when I go bike-packing. That being said can't wait to pick my way through the Timber Trail in the next few years. Cool to see it getting some good press!

Ktron (Mar 26, 2019 at 0:10)
They mention they were setup in a campground which they used as a base camp to operate from. So seems they just drove in and rode locally to that camp.

dorkboat2004 (Mar 27, 2019 at 13:25)
There is also a little bit more detail on riding these sections (& others in the fremont) on dirtmagnet here: dirtmagnet.wordpress.com/trails-of-oregon-2/fremont-winema-national-forest

aquanut (Mar 26, 2019 at 8:09)
I rode a few sections out of Paisley a couple years back. It was already awesome and it was clear will just get better. It's got so much potential. It was a reminder of why we got into mountain biking in the first place.

trimakas (Mar 26, 2019 at 7:31)
Great vid! Looks amazing. Those guys were definitely having fun. Adam is a super fun, high energy guy. And he rips. The perfect spokesperson for Giant.