It’s a simple formula: take a few of the best riders in the world and go to a faraway place and rely on a host to show us the goods. In this case, Josh “Ratboy” Bryceland, Josh “Loosedog” Lewis, Veronique Sandler, Sam Cofano, Sam Hockenhull, and Max Nerurkar traveled from rainy England to Barcelona, Spain. We’d been planning the trip for months with Héctor Saura from Bicycle Nightmares being the host along with his pal, Carlos Langelaan. The first objective on the list was to shoot the new Tyrant helmet. But beyond that, we were there to have a good time and ride the best trails in and around Barcelona.

Instead of canned quotes and sponsor callouts for this story, we thought it’d be more enjoyable to give you a glimpse of two memorable moments from the trip. 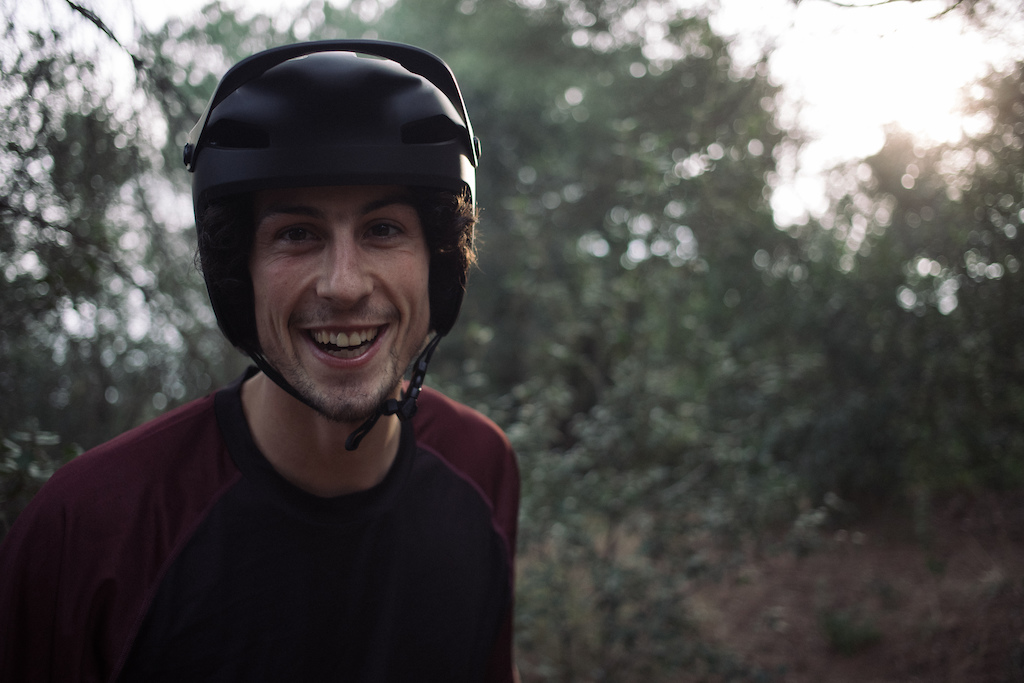 The place: A hilltop outside a suburban neighborhood on the outskirts of Barcelona. The pavement is littered with used condoms, broken glass, and dog shit. It’s midmorning and already uncomfortably hot. Our crew pedals into the woods awkwardly carrying watering cans and shovels. We follow a faint trail, ducking under branches and stepping over fallen trees. This isn’t a typical destination for the world’s best mountain bike riders. What this group doesn’t know is that Héctor Saura has spent months building a trail specifically for our visit. The trail is a dream line, a work of art. It was amazing to be there the moment that this crew first set eyes on the masterpiece.

The rider: Josh “Ratboy” Bryceland. In 2014 Ratboy won nearly every DH World Cup on the calendar with a carefree style and goofy demeanour that belied his impeccable precision. The DH World Champs that year were in Norway and were the last big event in a landmark season for the then 24-year-old. Despite being the odds-on favorite for victory, fans were stunned to see the time splits. As Ratboy entered the closing meters toward the finish, there was no doubt of his dominance. The final feature before the finish line was a wooden jump that Ratboy hit at what seemed like twice the speed of every other rider. He pulled up hard and sent it to the moon, overshooting the transition by a mile and flatlanding so hard that his ankle shattered on impact. He coasted/limped the last few meters to finish in second place, 0.4 seconds from the win.

That was it. Although Rat recovered and raced the next two seasons, he never reached those heights again. Fans, sponsors and media clamored to learn more about when this god of mountain biking would be making his triumphant return. To which Ratboy just shrugged… and went trail riding instead. In place of chasing points and podiums, Ratboy dedicated his time to building 50to01 with his bud, Josh “Loosedog” Lewis. 50to01 could be viewed as an anti-race movement, but it’s too inclusive to be labeled anti-anything. It’s about jibbing and jumping, sliding around turns, footplants and landing fakey--essentially goofing off in the woods with friends and having fun. 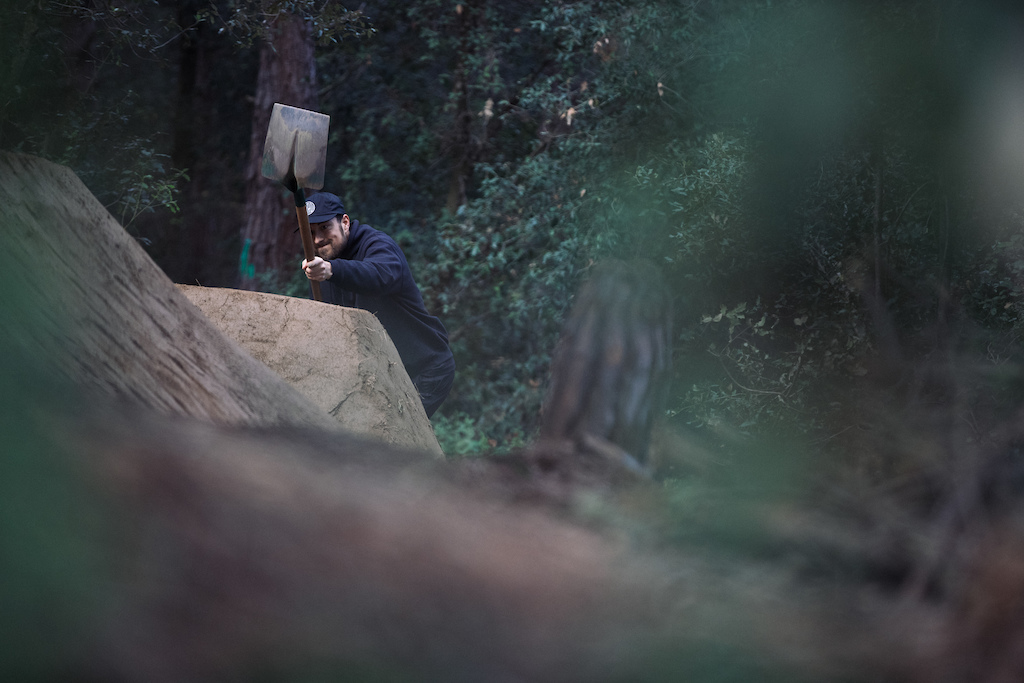 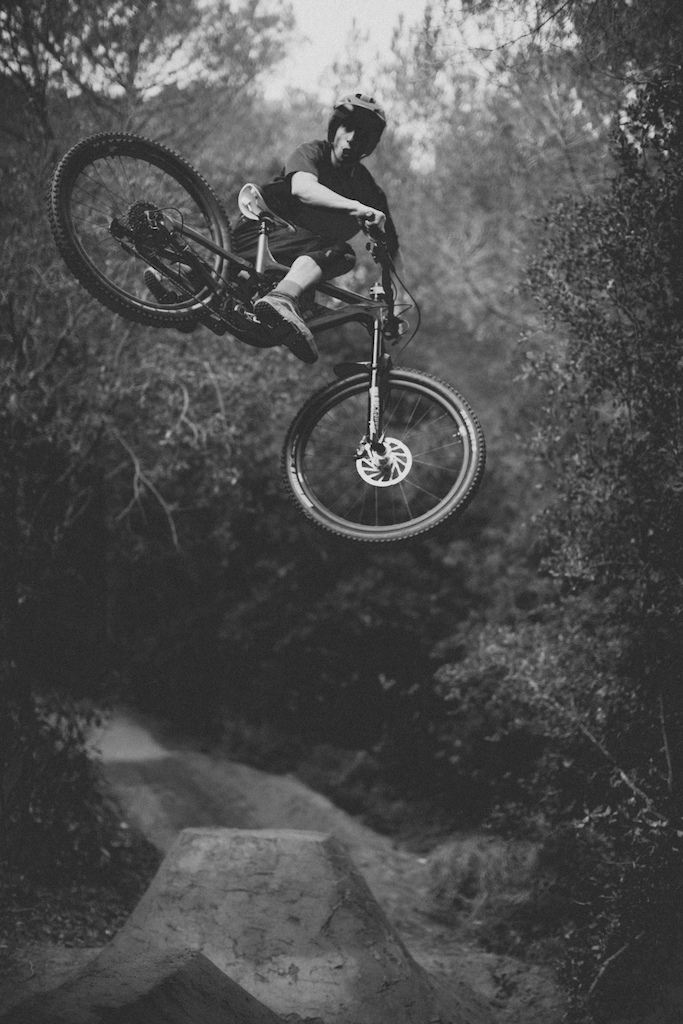 The reveal: Five minutes from the nondescript parking lot, we reach the jump line. Ratboy cannot contain his enthusiasm. He throws down his shovel, then his bike, and sets off on foot. We enter the trail from the top. Although Barcelona has been in a drought, the entire trail is watered. It starts with a fast straight away, into a couple of bermed turns around trees, into a step-down, then a series of doubles that grow from “better commit” to “better be ready to go big.” The final feature is a large hip jump. The edges of each berm, each lip and each landing are sculpted to perfection. There is not a single tire track or footprint; every inch has been packed down, watered and packed again to reveal a work of art. 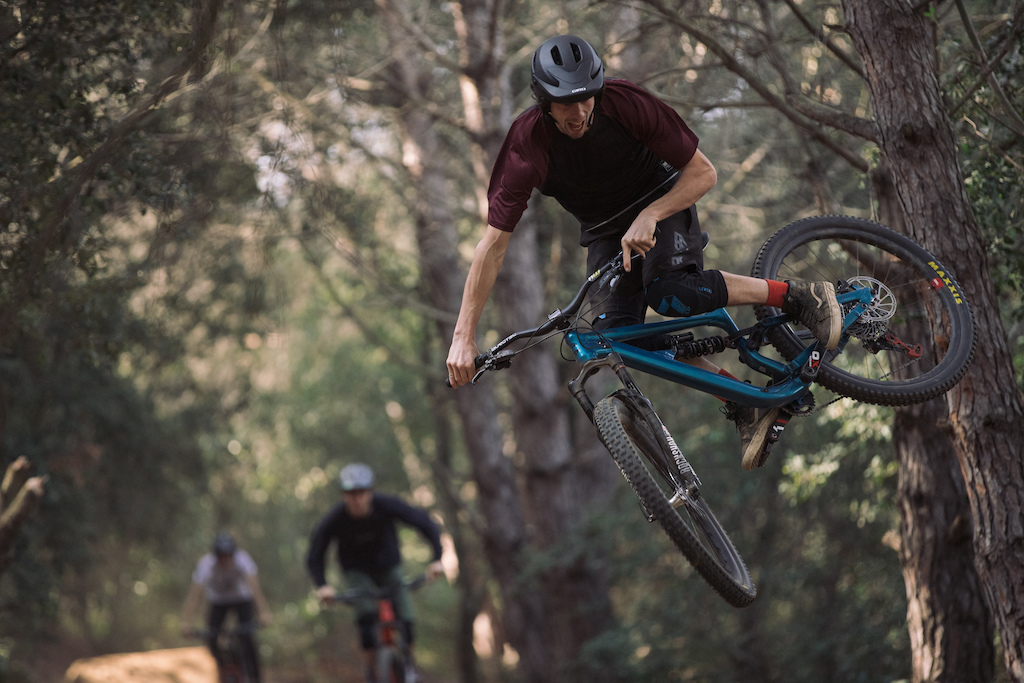 “THIS IS MENTAL!” Ratboy shouts with a maniacal grin. “I thought we had to dig today, but everything is done. And it’s perfect!”

Along with Héctor, Rat, and Loose, the crew that day includes local standout rider Carlos Langelaan, Veronique Sandler, 50to01 shredders Sam “Flatbbread” Cofano, Sam Hockenhull and Max Nerurkar. The riders’ enthusiasm for this pristine track doesn’t wane until late afternoon, with six hours of sessioning and hardly a break in the action. 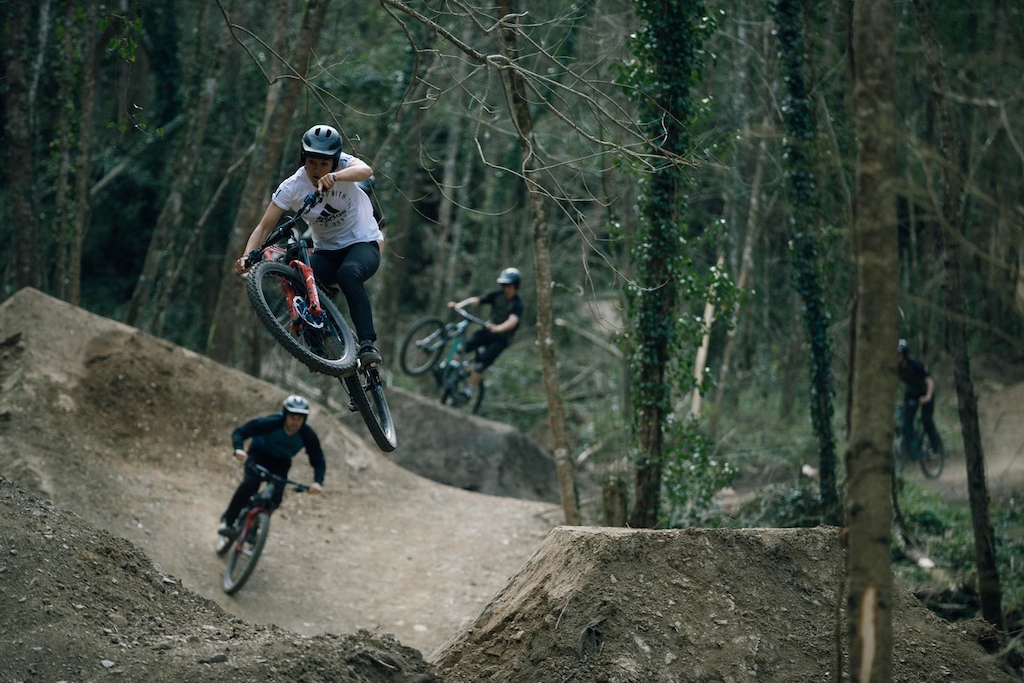 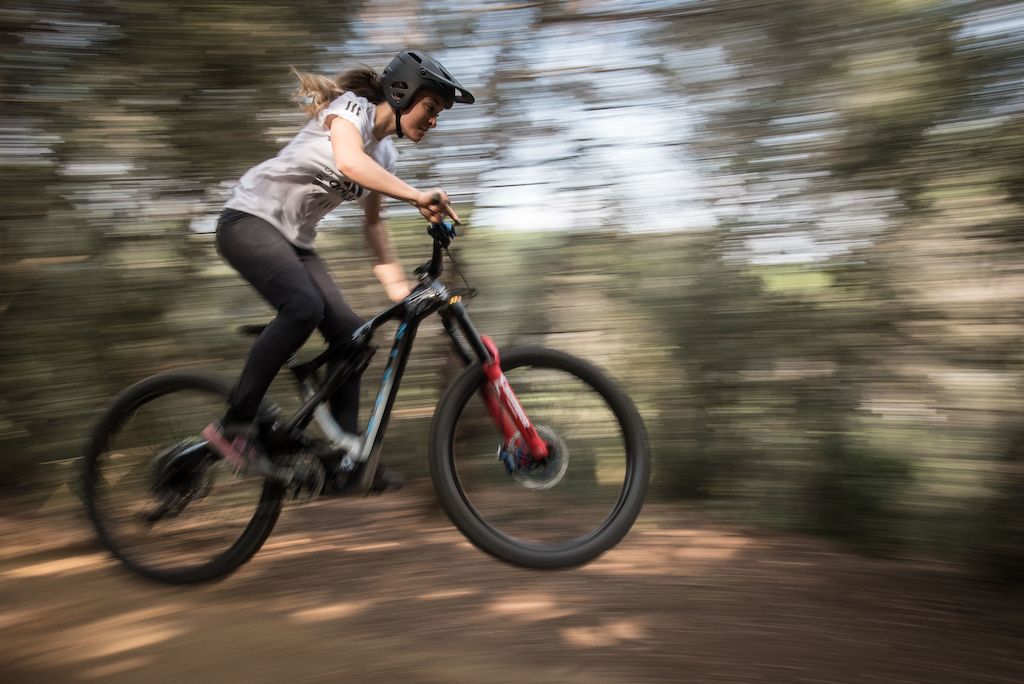 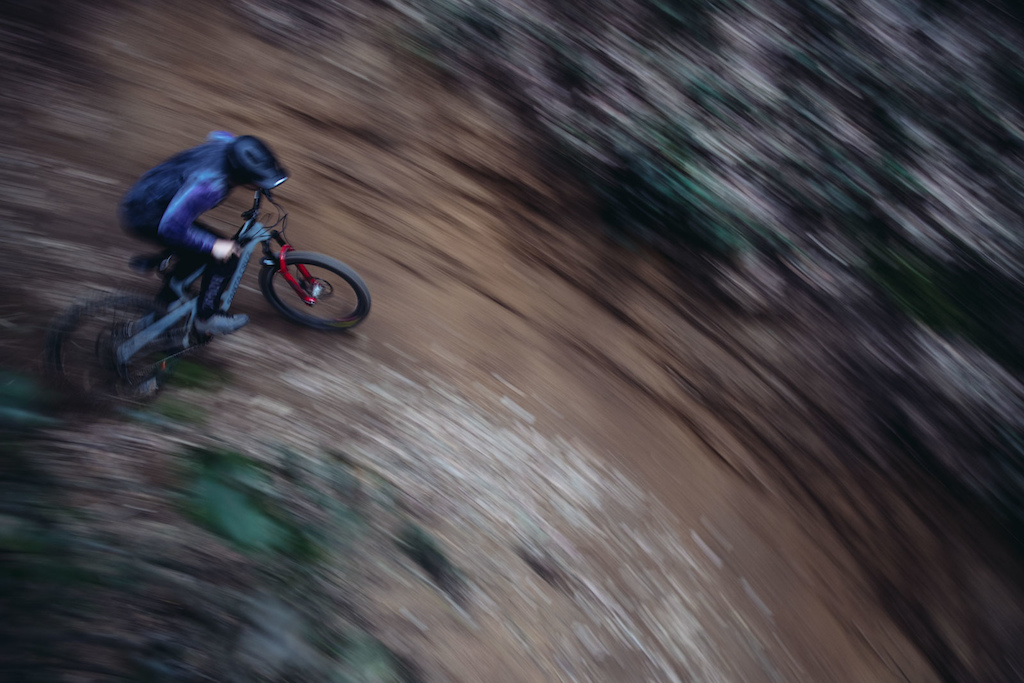 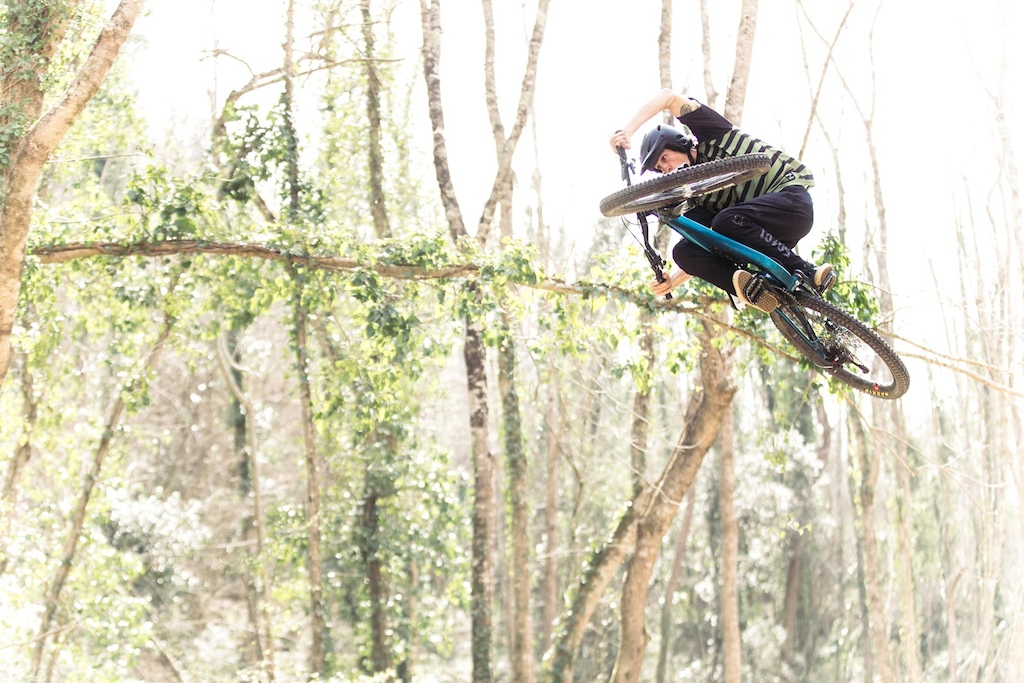 The place: La Poma Bike Park is globally recognized as the biggest, open-to-the-public dirt jump playground in existence. There are jump lines to satisfy any rider from junior beginners, to world-class pros, to everyone in between. There’s even a dual slalom track, a foam pit, pumptracks, and a skate park.

The rider: Héctor Saura is a visionary photographer, trail builder, and rider. The Barcelona native is the founder of Bicycle Nightmares—a freestyle mountain bike media outlet that focuses on shedding light on the underserved segments of mountain biking. Héctor’s passion for the sport is infectious, and Bicycle Nightmares speaks to the most core of the core riders in the world.

The whole reason that this crew is in Barcelona is because of Héctor. He built the key trails. He is our guide. He's shooting images. And, because he's also a talented rider, Héctor is also juggling his time between being an athlete, being a host and being a shooter. His workload this week is at least five times everyone else. When we’re watching TV, he’s editing his images. While the crew is getting cleaned up, Hector is making dinner reservations. He’s the first one up in the morning and the last one to bed, always on the move. 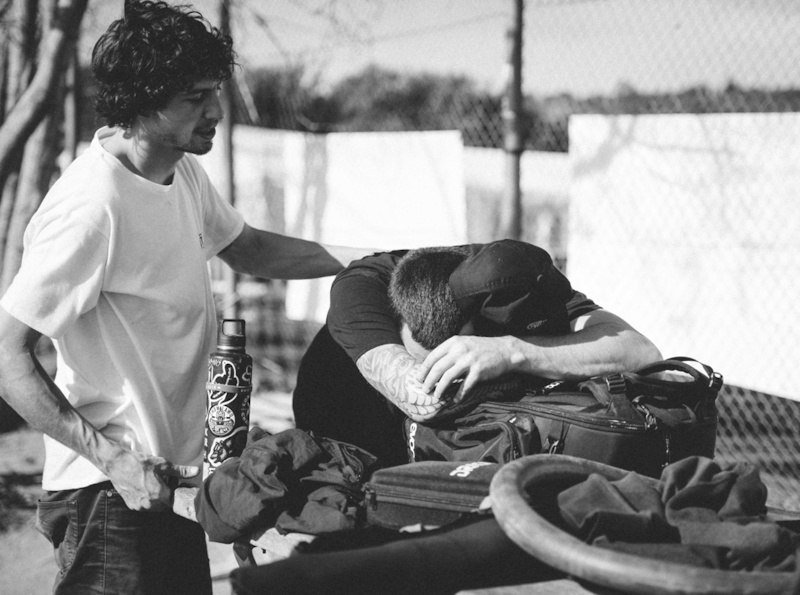 The moment: It’s early on the second day of the trip and the crew is scattered across La Poma. Héctor has spent the morning organizing logistics and working on his dirt jump bike. He sessions the mid-size jumps to warm up before hitting the mainline with the crew. In a moment of distraction, Héctor pushes his front wheel in a loose turn. He jams his foot down abruptly and immediately feels a pop in his knee. Héctor has had three knee surgeries in the past six years and instantly knows the damage to his knee is serious.

Héctor collapses onto the ground, crying and screaming about his torn ligament. This week was supposed to be the turning point in this career as a rider, as a photographer and as the owner of a media business. The biggest heroes of mountain biking are here in his hometown to ride with him. The howls of pain are nauseating to everyone around. We all know that despite the intense discomfort, the true pain is that Héctor won’t be able to ride—not this week, not this month, most likely not the rest of the year. His knee may never be the same. 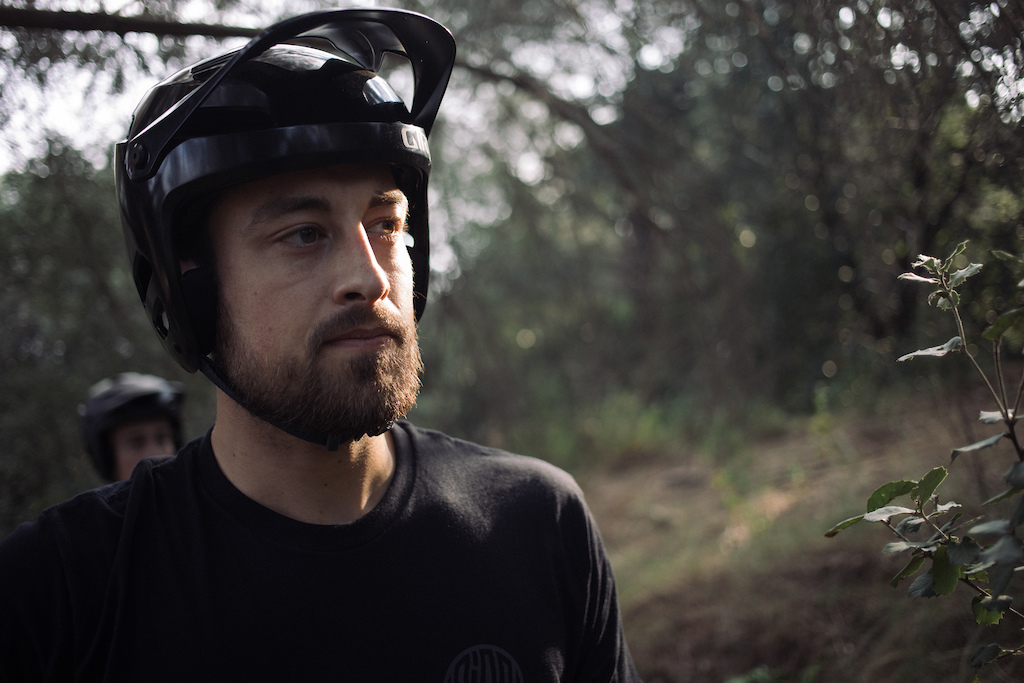 The idea behind the Distant Relatives series is to illustrate that, despite growing up in very different places, we have more in common than we think. That couldn’t be truer than the bond that was made by the riders on this trip. True friendships were made, born of mutual respect between these riders. Since this trip (March 2019), Carlos has traveled to England to ride with the 50to01 crew, Héctor has become a photographer for Ratboy and his bike sponsor, Cannondale, and Veronique has traveled to California to visit Giro and ride the trails in Santa Cruz. There is no doubt that these friendships will last for years to come. Héctor is already out shredding and hitting the biggest lines at La Poma and we can’t wait to get back out to Barcelona to ride with him again. 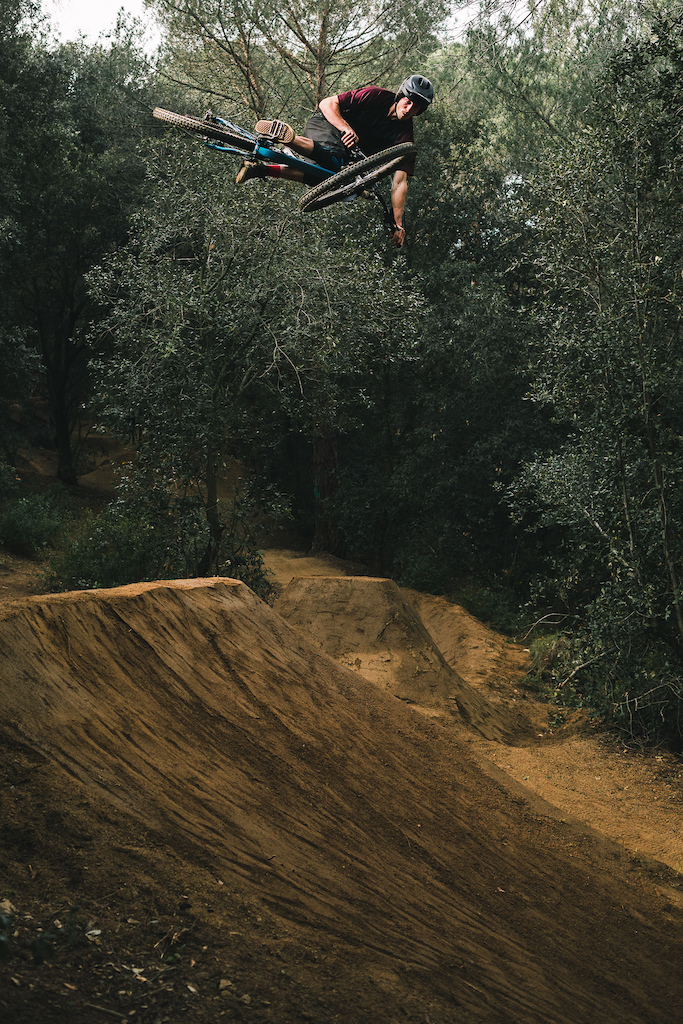 hectorxsaura (Oct 17, 2019 at 1:39)
Thanks, Brian, appreciate it.
In the end, I managed to recover avoiding another surgery, and I was back riding and doing normal life without pain by mid-May/June.
It's all good, for now.
Cheers.

Veloscente (Oct 16, 2019 at 23:27) (Below Threshold)
Bit of a shame that such stylish riding & huge smiles are hidden behind those dumbo-sized earflaps, but props to Giro for supporting the radness that is 50:01 - all involved will survive this Tyrannical fashion faux-pas.

tobiusmaximum (Oct 17, 2019 at 6:30)
@woodyc: lol... i got another reply under a comment i made about that new cannondale and for a second i thought your comment was about that

Chilliwacker (Oct 16, 2019 at 22:29)
I think its pretty cool and really unusual that a sport can have a big focus other than the professional racing side. It makes it so inclusive.
Yes I love DH and follow the racing obsessively but mountain biking is so much more than that and it's cool that sponsors see the value in supporting riders to produce different films showing different riding, whether that be 50/01 style or the epic exploration films Berrecloth and others have been involved in. It gives so many different types of rider inspiration. There isn't many other sports that can do that.

dunford (Oct 17, 2019 at 1:54)
@sosburn: agreed. He’s the Travis Pastrana of mountain biking. On his day, nobody could beat him, but his passion lies elsewhere. The 50/1 crew are the closest we have in MTB to the Nitro Circus.

What Josh is doing, following his passion and creating something totally new, is as Travis has done with Moto.

We’d all love to have seen both of them race for longer, but what they’re doing instead has a far greater impact on the sport as a whole

tobiusmaximum (Oct 17, 2019 at 2:13)
@sosburn: you’re so right, this new thing is actually perfect for him! Travelling around, cocking about.. and getting people stoked on riding. Awesome! I do wonder if anyone is actually going to buy that cannondale though lol..

Hillbillyfucker (Oct 18, 2019 at 11:25)
Giro WTF... why oh why!! you make some great lids but that thing looks like Spanish Franco era State Police standard issue( Fascists for locking up Catalan Democrats) ... and them making peace loving Ratboy wear one!

pascalchristen (Oct 17, 2019 at 1:12)
not sure what it means in MTBing or where it comes from, but in skiing it means "having fun on the small stuff" i. e. hitting rails, doing butters and other small tricks, hitting some side jumps/small lips...

Edit: Urban dictionary says its "A snowboarding style refering to the use of rails, tables, trees, etc. as obstacles."

fraserw (Oct 16, 2019 at 17:55)
I like the vid a lot. But what I don't get is why they need to ride so destructively. Those rooster tails cause so much rooting and trail wear! I get it. I know you're awesome, and 3000x better than I'll ever be. No need for all the dirt kickup.