East Coast summer weather was in full effect with temps in the 90s and plenty of humidity. The action kicked off on Thursday afternoon with Ben Thompson on the top step of the podium for the Bronze-level finals, earning him a spot in Saturday’s Gold competition along with the other top five Bronze athletes. 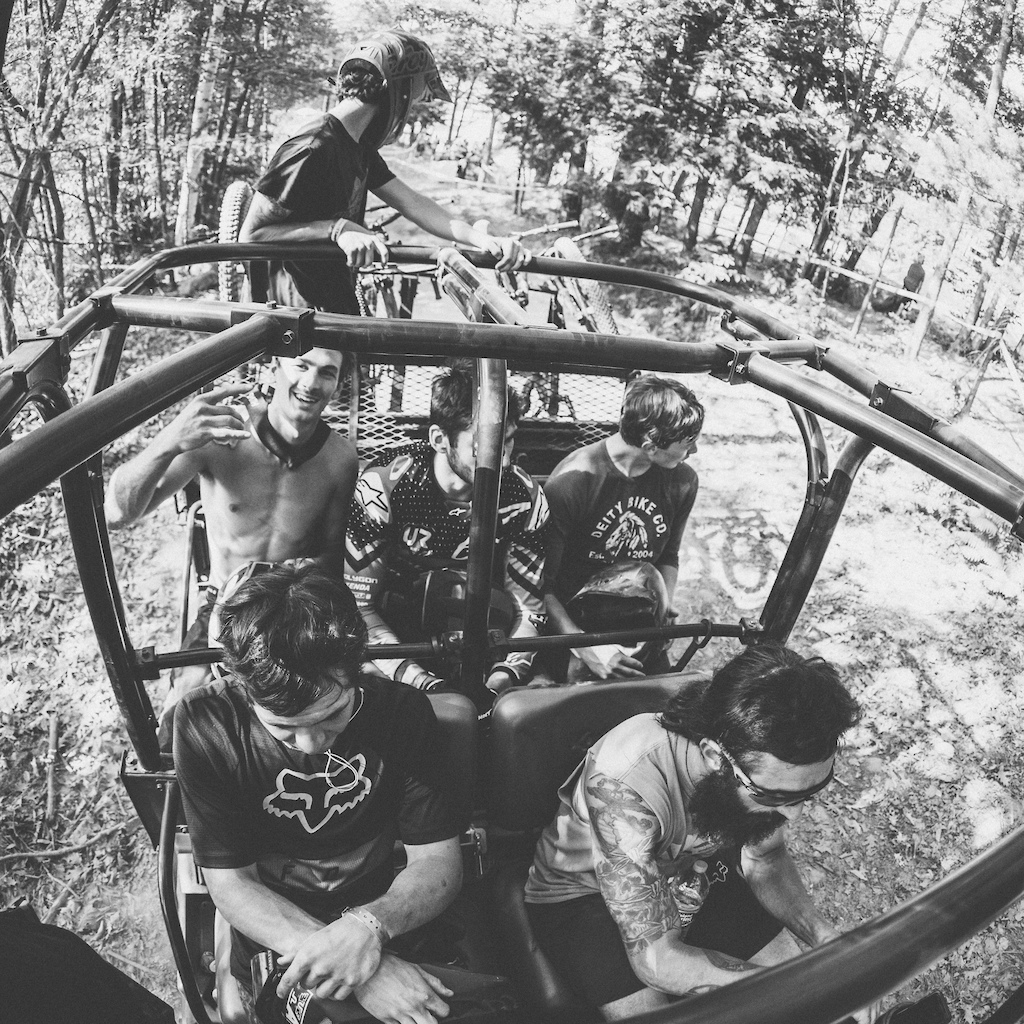 Please keep all limbs inside the vehicle for takeoff. 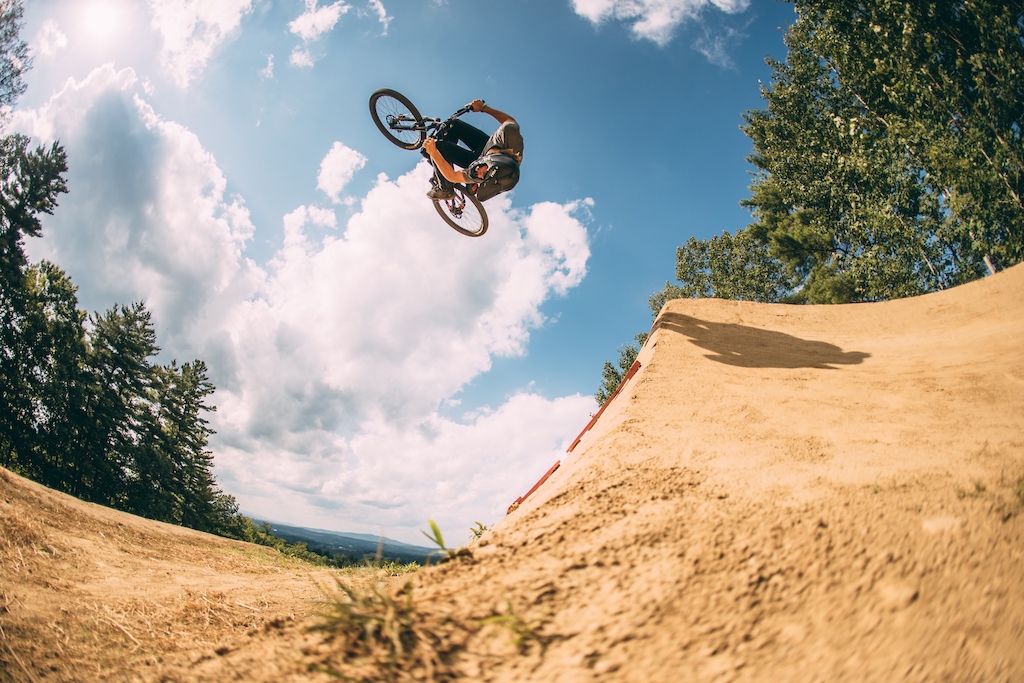 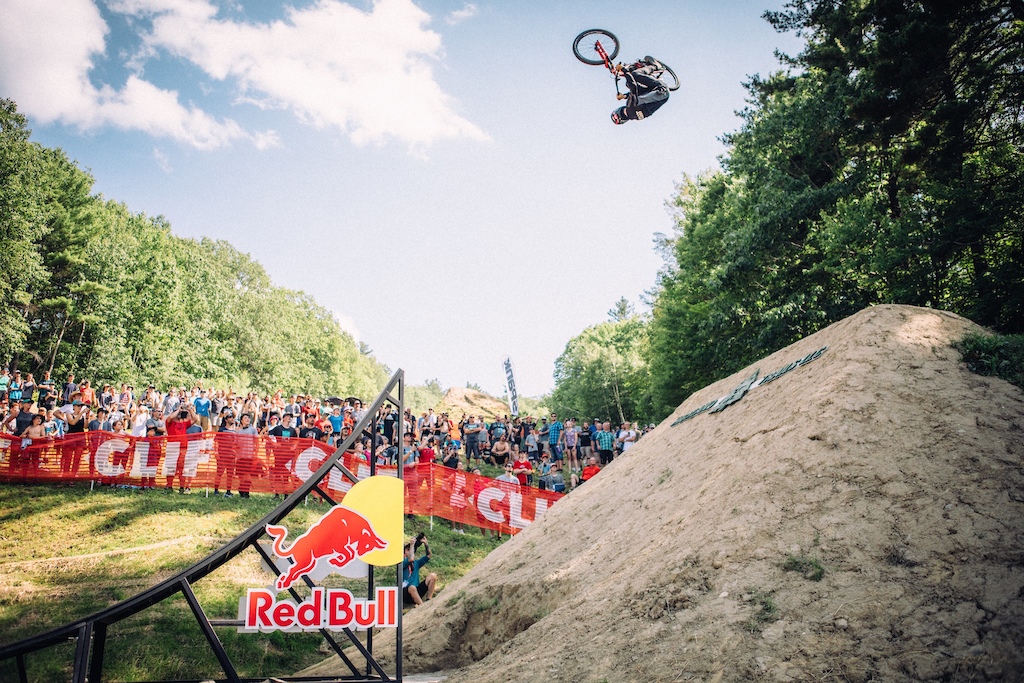 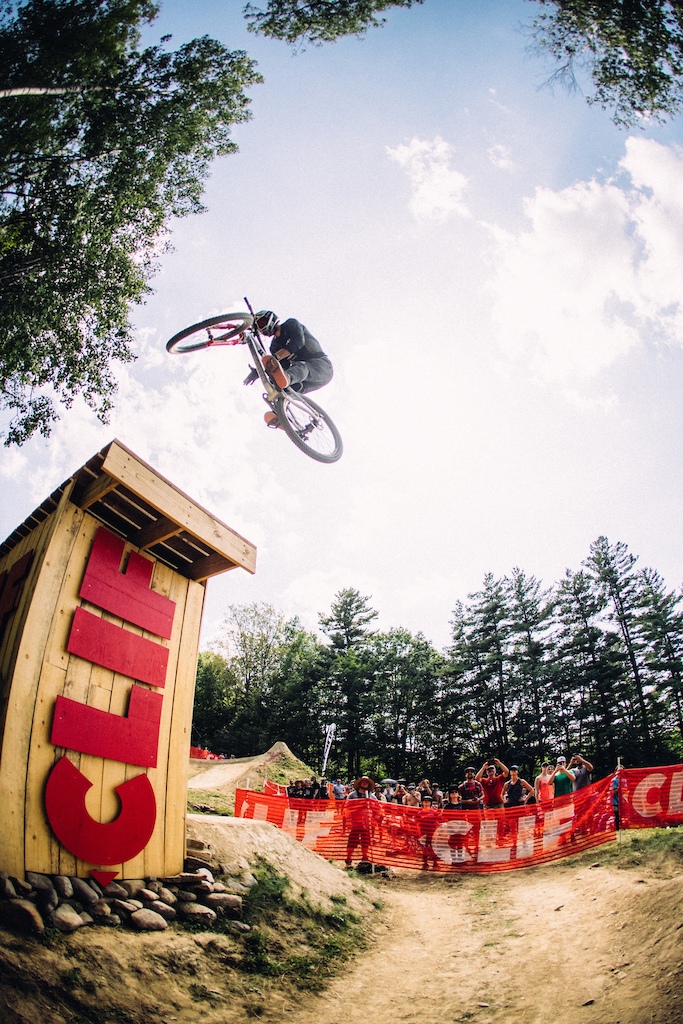 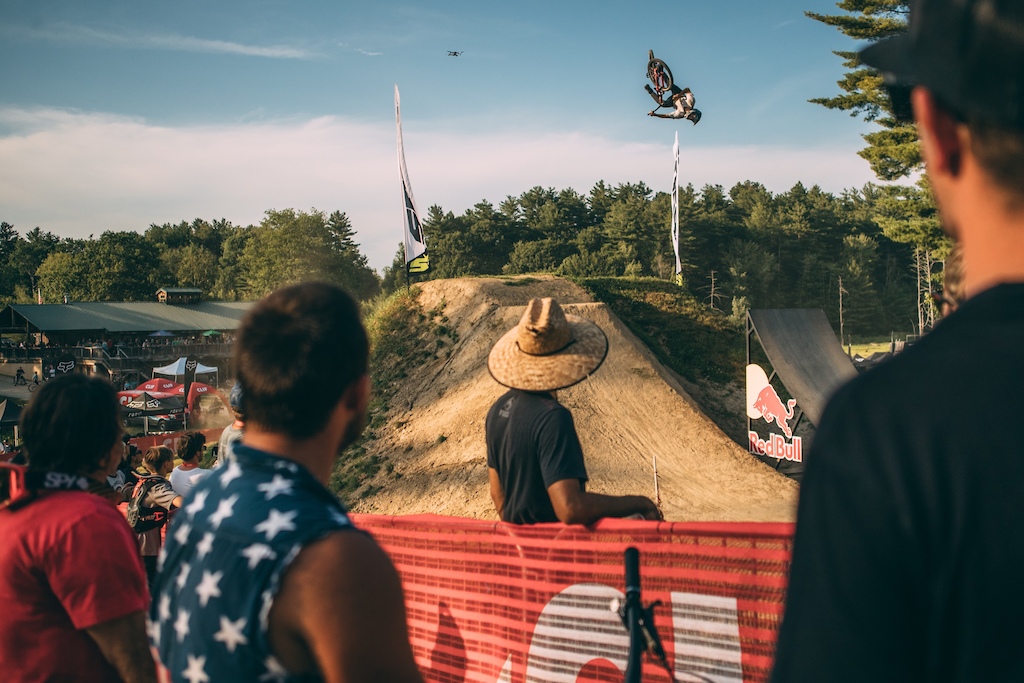 Not all whips look alike... 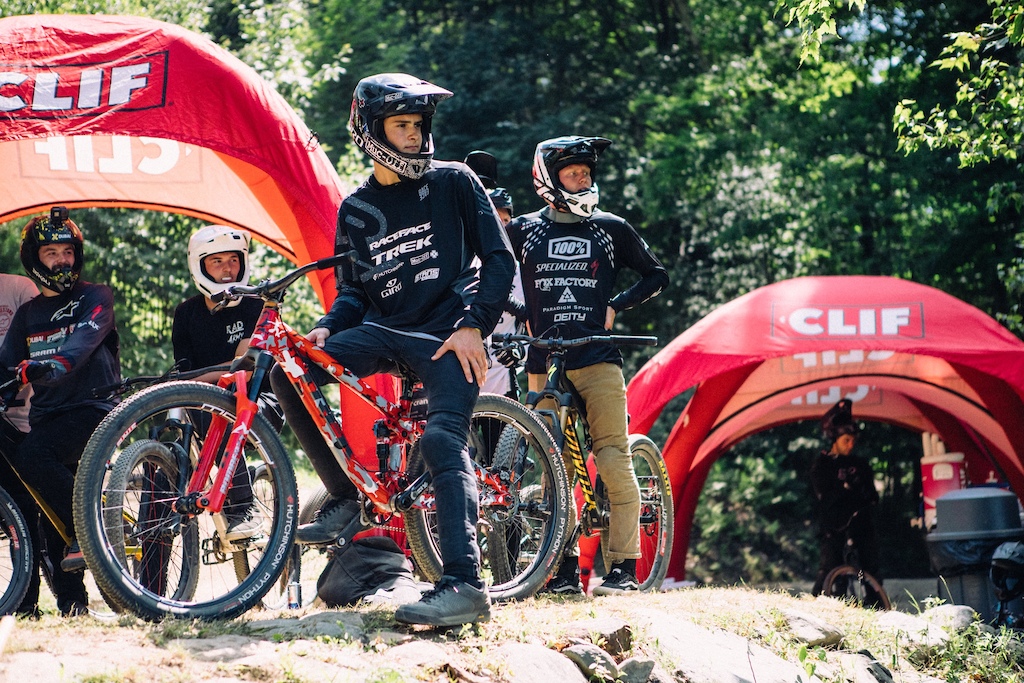 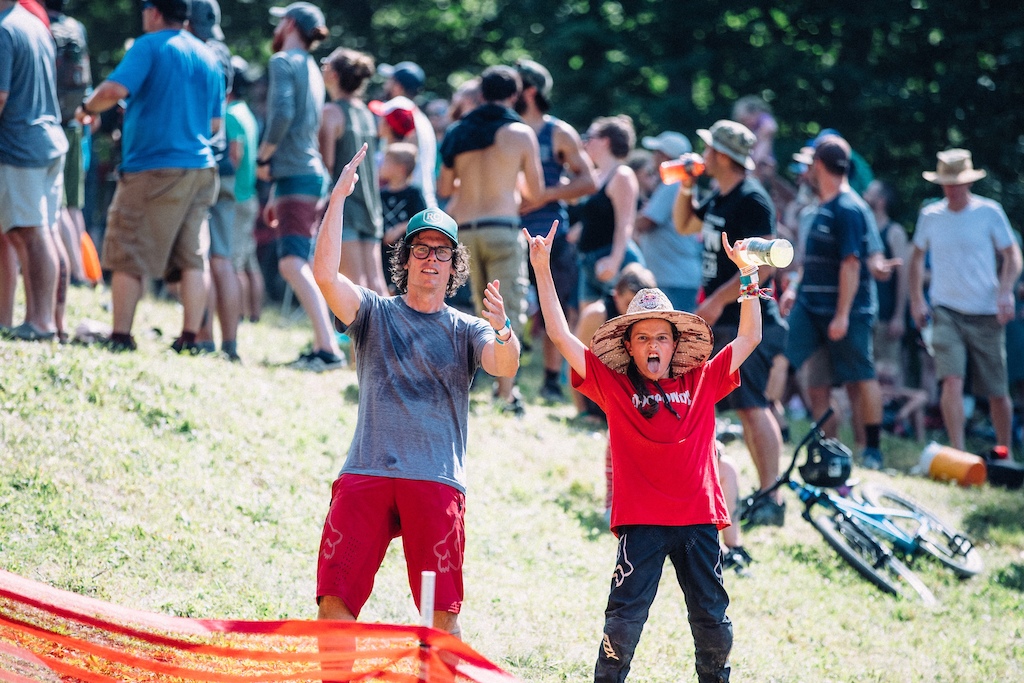 Pumped to be stoked. 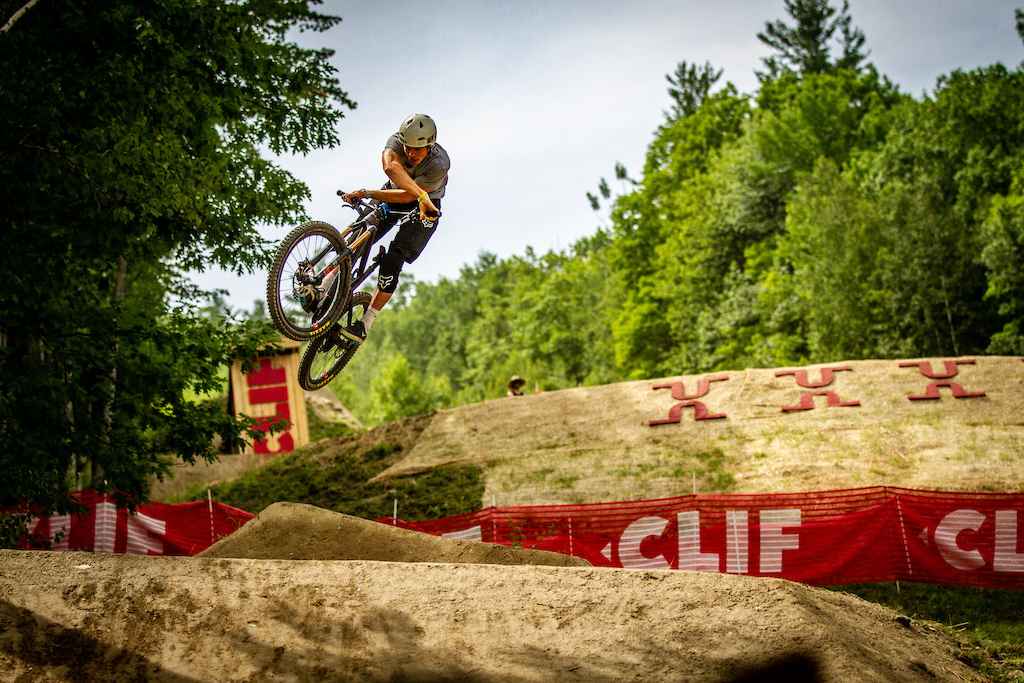 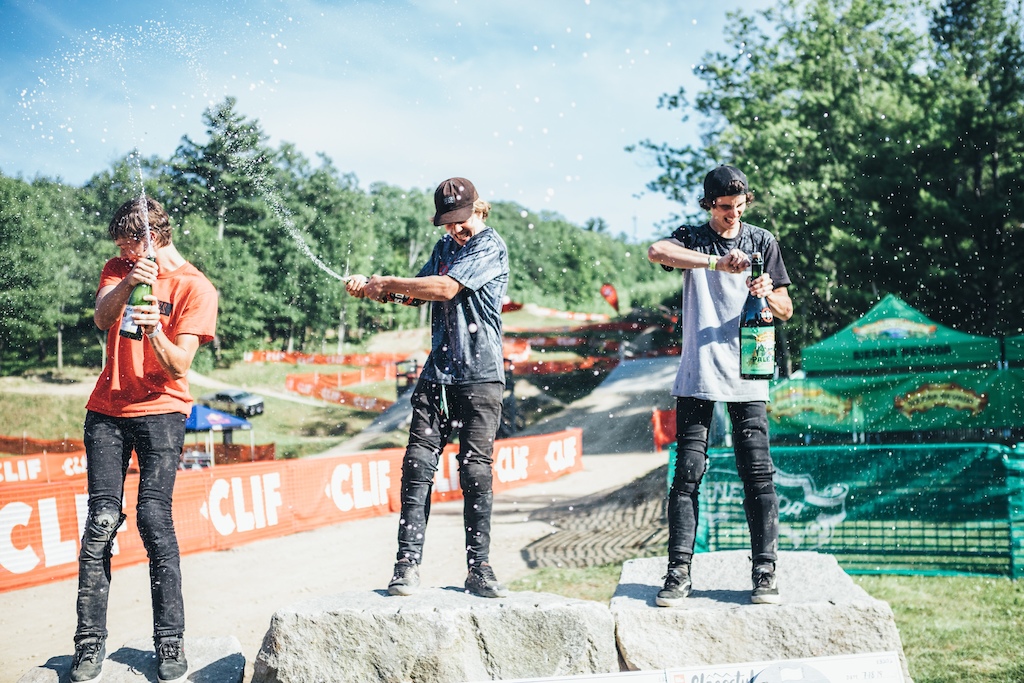 Bronze podium antics. 2nd - Zach Spears // 1st - Ben Thompson // 3rd - Nick Fix
Friday night stayed the course, as the next generation of riders continued to impress. The Red Bull Best Whip presented by Spank Industries saw grom duo Max Abrams and Ant Lombardi split the cash, as their youthful flair gave judges DJ Brandt, Erik Fedko, and Ronnie Napolitan all they needed to award this pair the win over a field of veteran riders. Leaves us only to imagine what we could be seeing from these boys in the future. 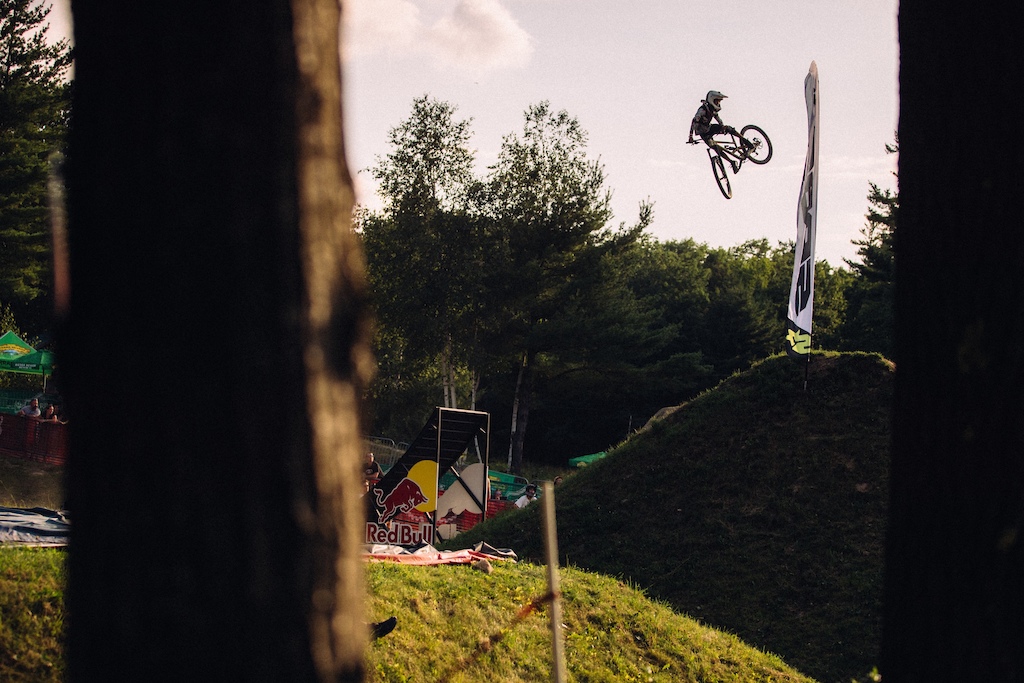 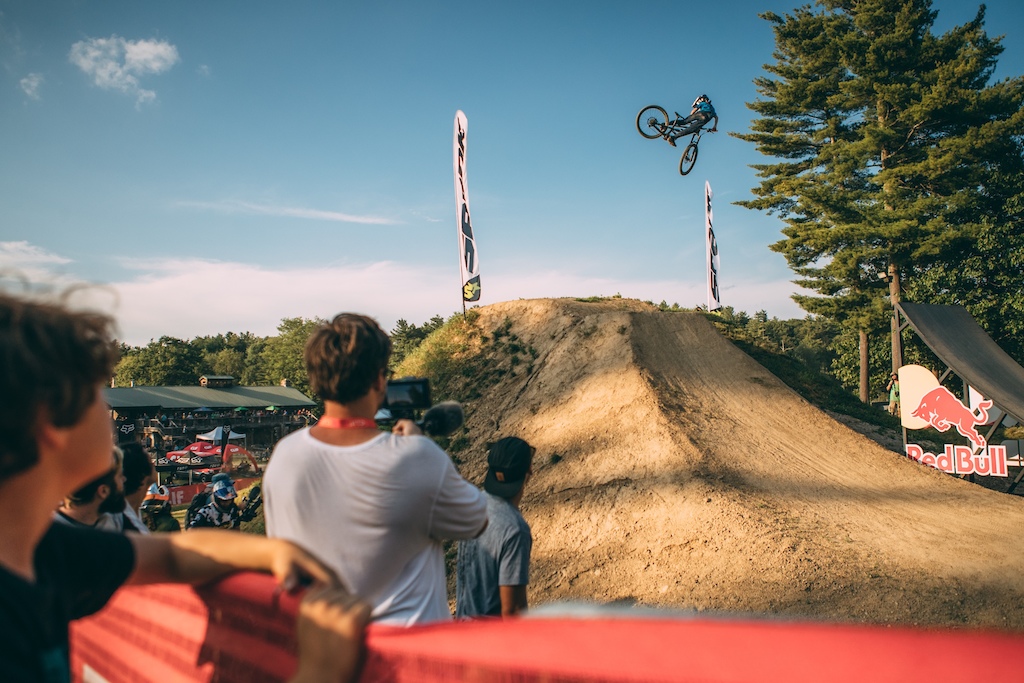 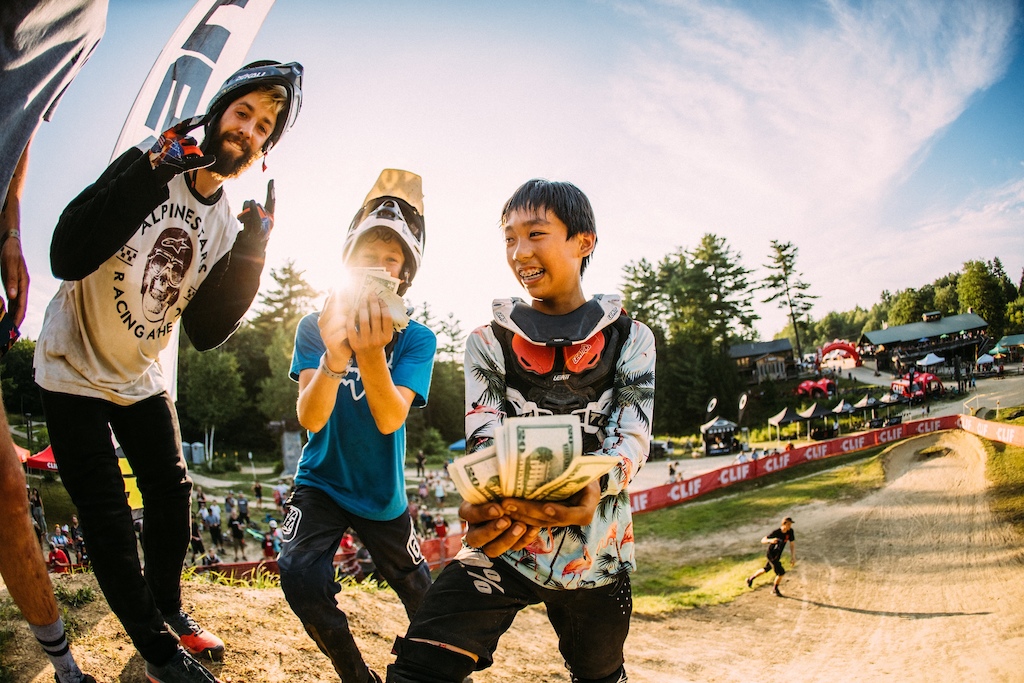 These two 13-year-olds left quite an impression
The heatwave continued into Saturday’s Gold-level finals as the crowd made their way up onto the course. There was an energy about it, life being breathed back into the air of a historic venue, reminiscent of years past, setting an electric scene. Everything would come down to second runs for the top three on the day. After a crash in his first run, Jakub Vencl made a full pull including a cash roll, 720 and double backflip to secure third. Next up: David Lieb and Nicholi Rogatkin, two riders who both developed their craft at Highland Mountain. Sitting in third place, Lieb dropped in and immediately let everyone know he had a lot more in the tank, adding tricks and amplitude to his run. Nicholi was the last man down the course and the crowd went wild as he executed his signature twister on the final jump. Two insane runs, two improved scores. When the dust settled and final results hit the board, Lieb had won his first-ever Gold FMBA competition.

Special thanks to the Fox US Open and everyone who worked hard to make this event a reality including all our event partners - CLIF, Fox, Sierra Nevada, 5.10, Benson Auto, GT Bicycles, Spank and MOS Gear. See you next year! 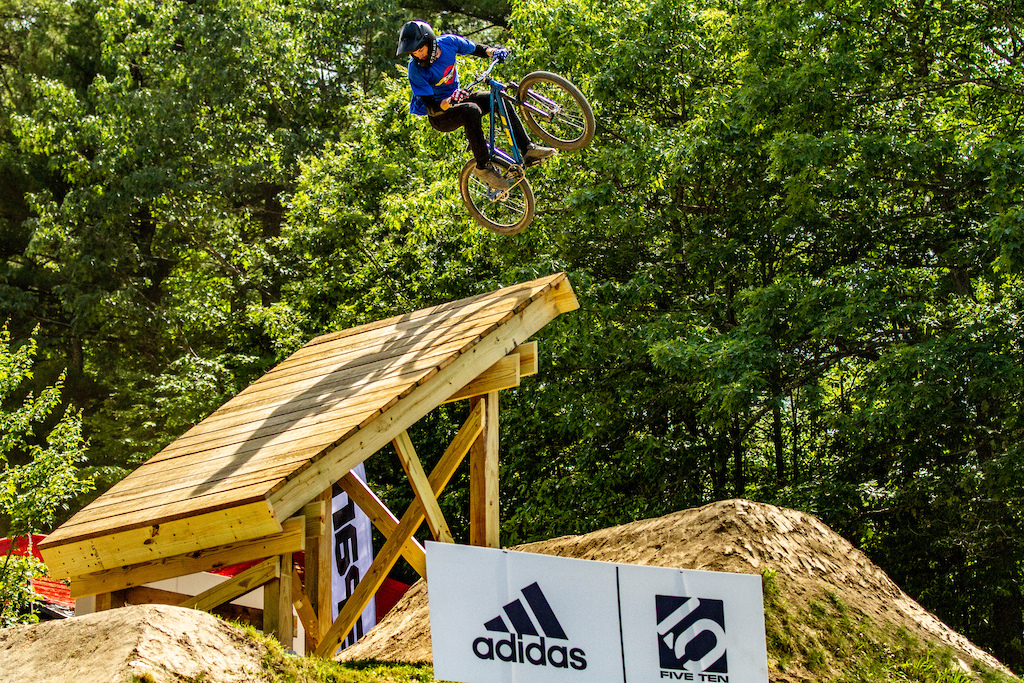 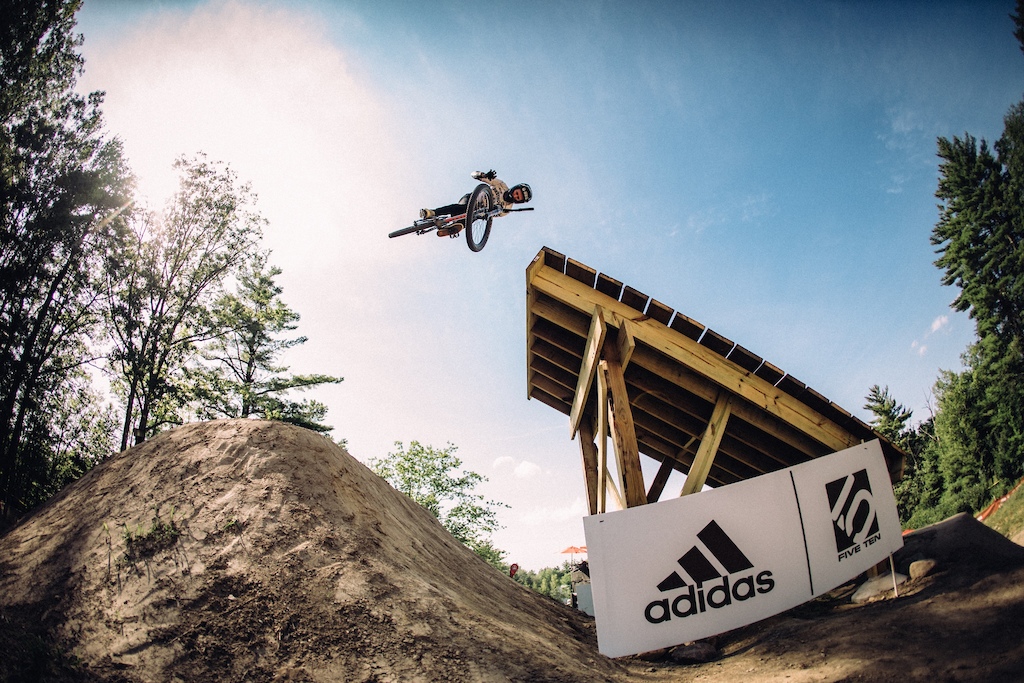 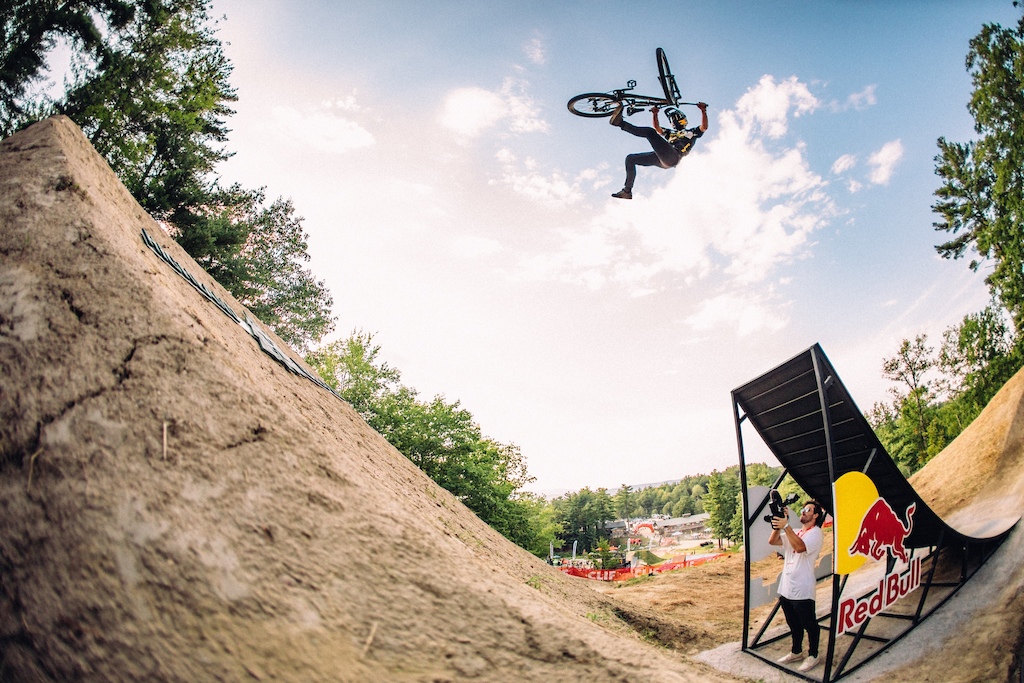 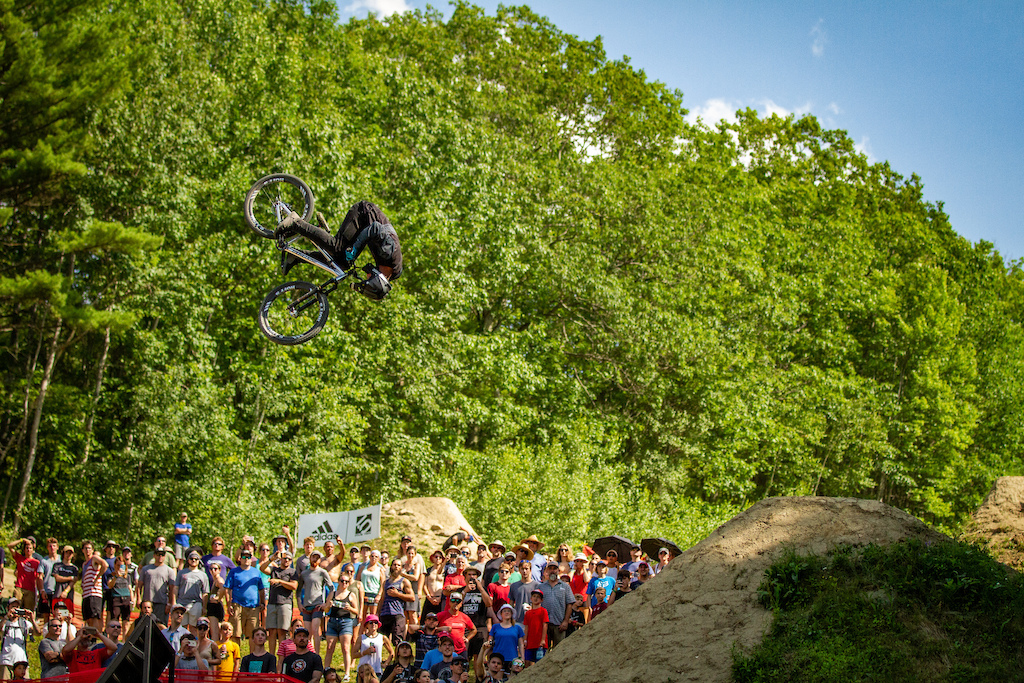 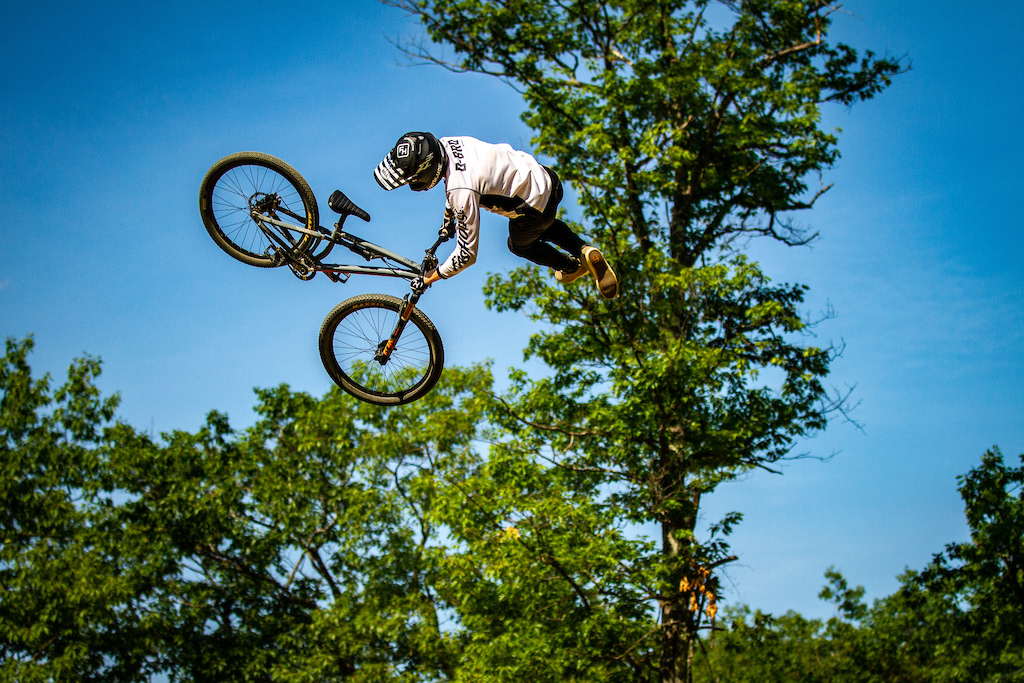 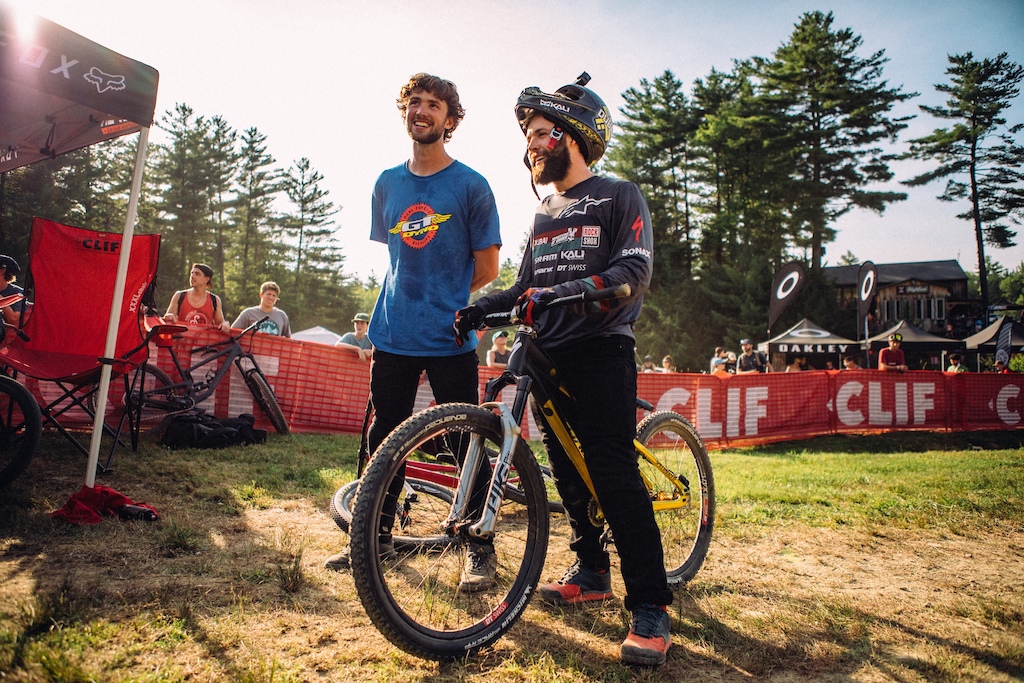 A rare quiet moment while Lieb and Rogatkin wait for final scores. 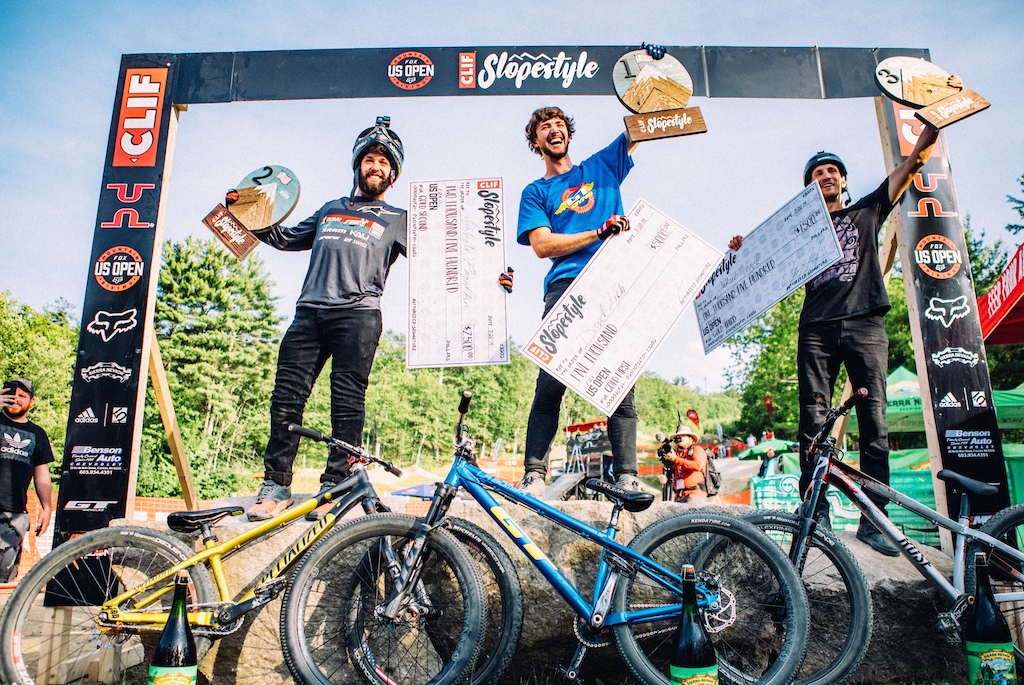 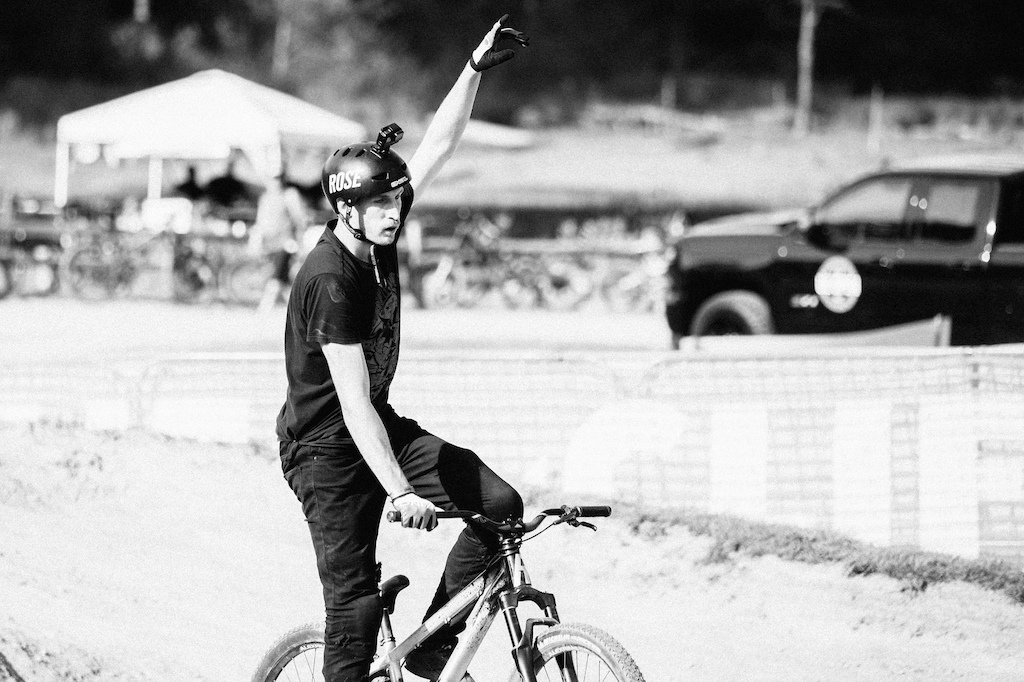 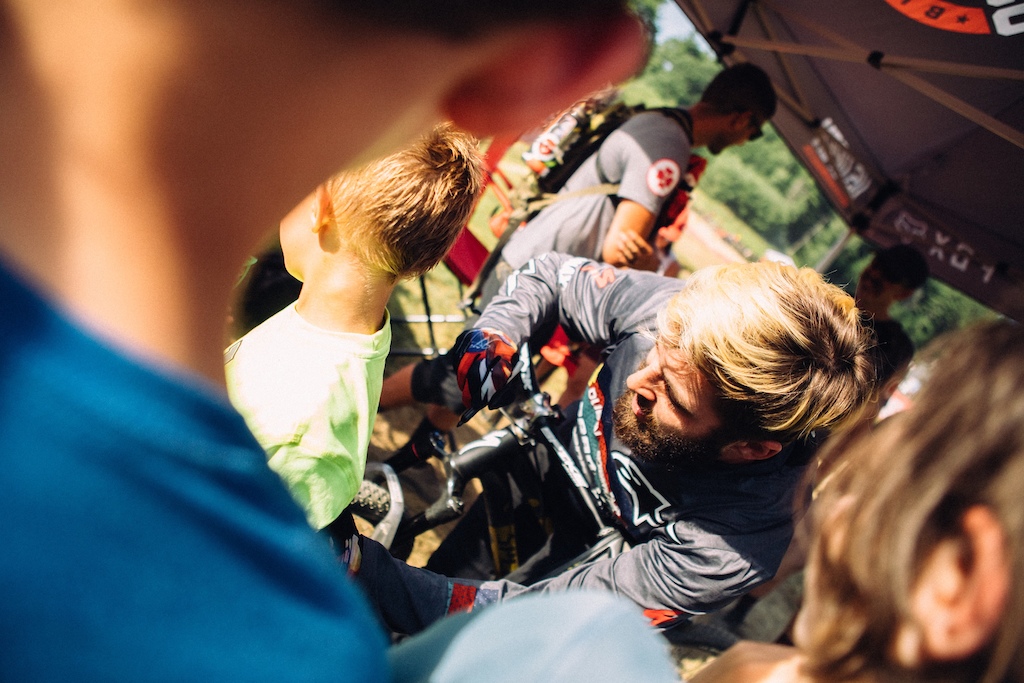 Doing it for the kids. 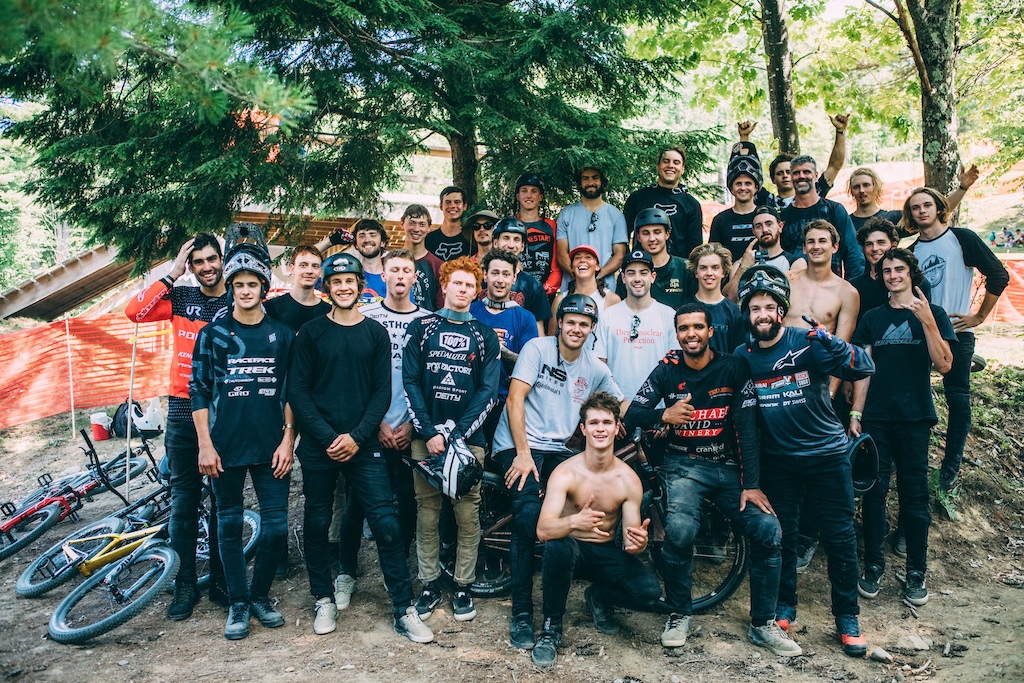 All smiles from a solid crew of athletes. 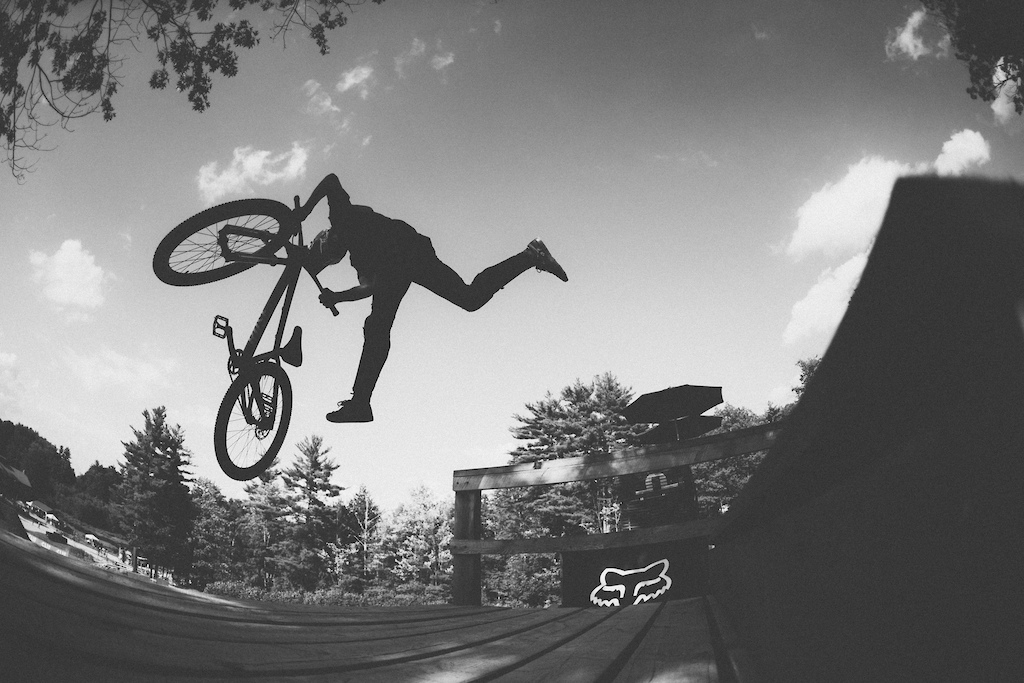 No feature too small to trick for Fedko. 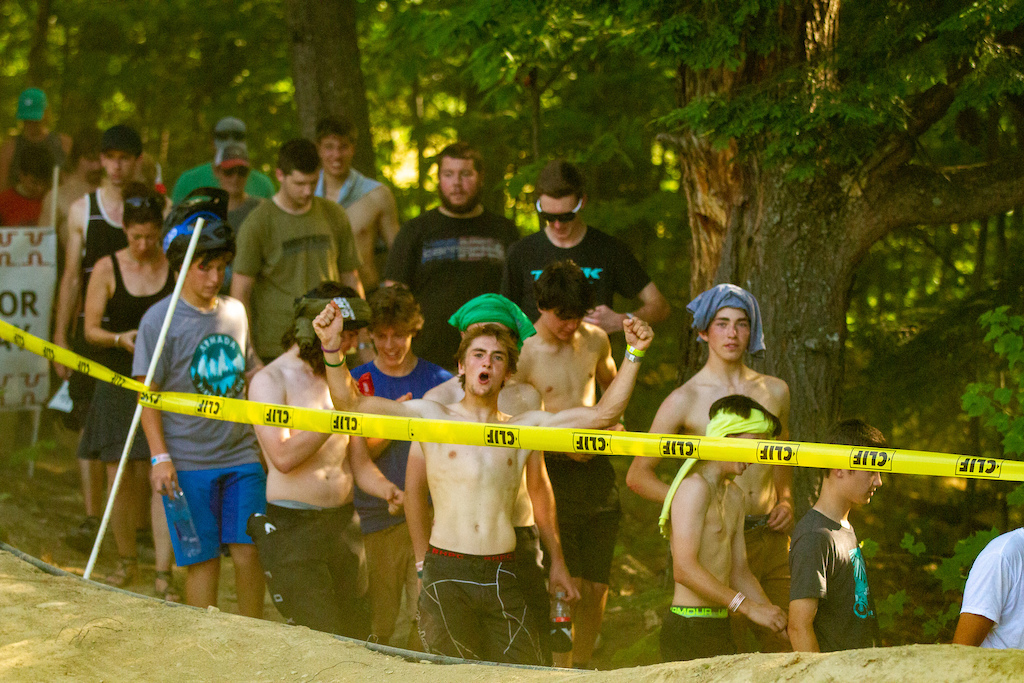 Suns out guns out. Doing whatever it takes to fight off the heat. 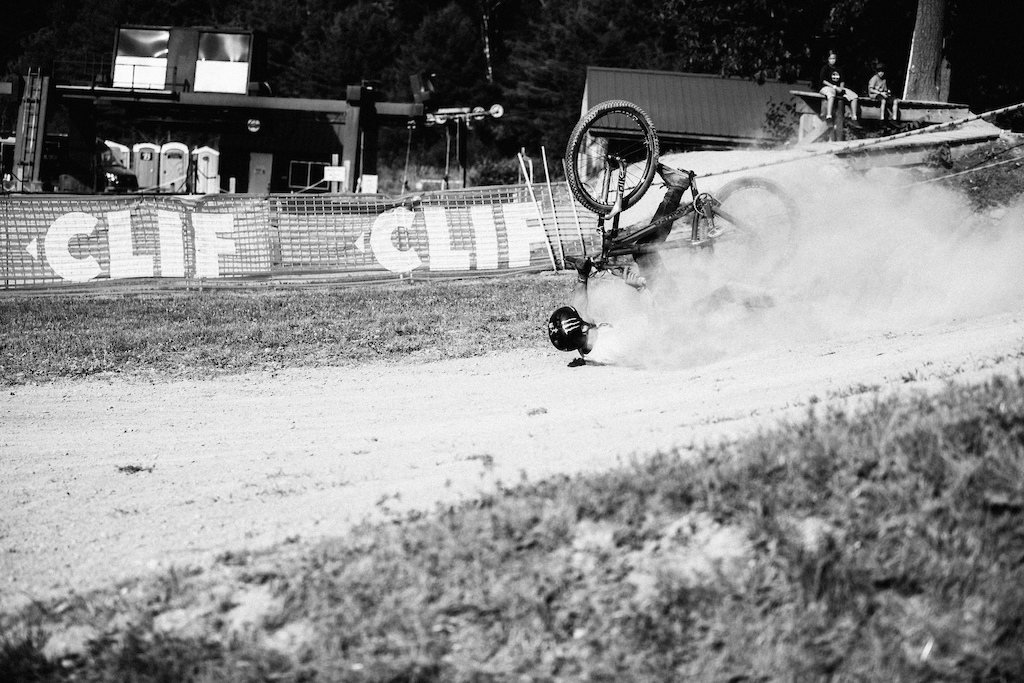 Gotta eat some dirt on the way to the top.

scotttherider (Jul 24, 2019 at 16:25)
Yes I’ve been waiting for this. Highland bike park is one of the best parks in the country and I’m glad to see slopestyle back at highland!

clappedoutmtb (Jul 25, 2019 at 19:30)
So stoked for Dave, one of the nicest guys on two wheels! And anyone questioning his run... he may not have spun as much as Rogatkin, but he was super smooth, threw in some pretty technical tricks (even on small features), had a mix of oppo tricks, and he managed to trick a berm... I was standing right next to it and was lucky to have filmed it on my phone because my eyes didn't comprehend what they saw. Immediately after landing the triple whip, it looked like he got a little off line and was about to launch off the berm and into the woods... then he just casually used it like a tiny quarter pipe, threw a bar spin and kept his super smooth run going with a giant grin on his face! But Nicolai had a sick run too! I hope this event returns next year!!!

also no one is talking about the guy fastplant flip whipping the final jump? friggin insane.

petespang (Jul 25, 2019 at 9:08)
thank you for posting this quality pic of me heckling some sick riders i appreciate it

oathead (Jul 25, 2019 at 20:07)
Quality recap! I hope to watch in person next year. Can we talk about Fedko's 360 indian air to barspin, that might have been my favorite trick of the vid. So much style and so technical.

DirtbagMatt (Jul 26, 2019 at 22:55)
Every damn trick coulda been a VOD lock-in! Seeing Nicholi and David bro-ing out and all smiles at the podium is what this culture is all about to me. So damn fun to watch good sportsmen being happy for each other’s victories.

Locotiki (Jul 25, 2019 at 14:32)
First class event for sure. The stoke couldn’t have been any higher. So good to have Slopestyle back at Highland!
#highlandfamily

DHFX (Jul 26, 2019 at 10:56)
Great energy here. Despite taking a little digger on another trail it was killer to watch these riders go big and do stuff that 10 years ago we wouldn't have thought was possible on an MTB.

chriskneeland (Jul 25, 2019 at 9:56)
Leib's triple whip was heavy. He was going the biggest on that jump by far, probably because he had to in order to get the third tailwhip in. His oppo tricks and combo's might have given him the edge. Both dudes threw down.

rcrdrvr (Jul 26, 2019 at 19:45)
@chriskneeland: yep triple whips get some huge scores, Soderstrom used to be the only one throwing them and he always scored high as well.