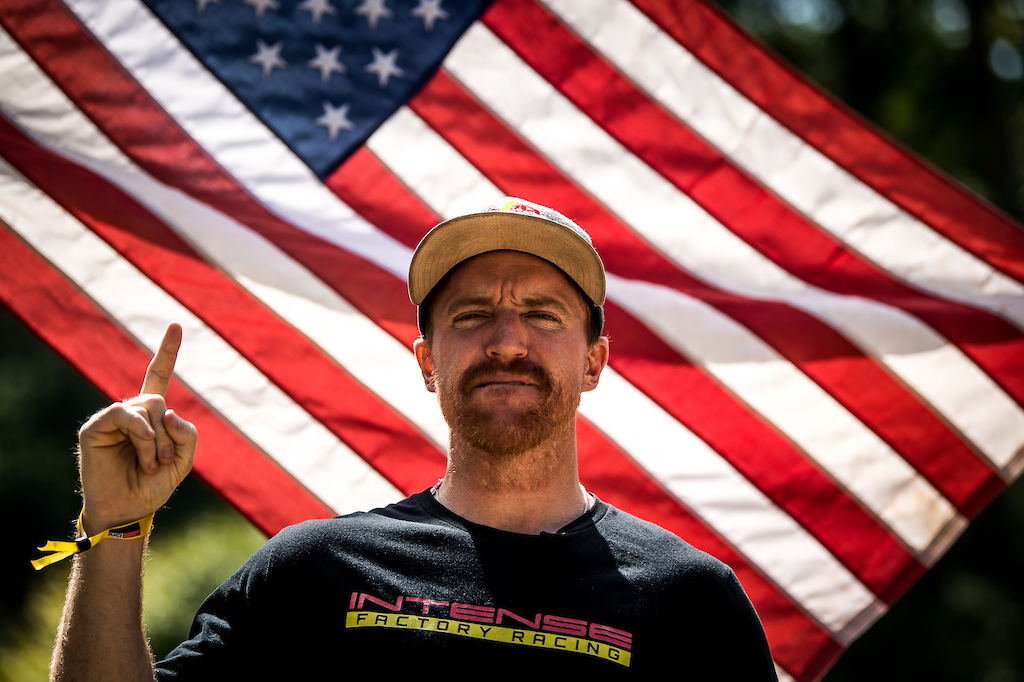 Merica' Home turf this week for a good majority of the team! Feels to be home. 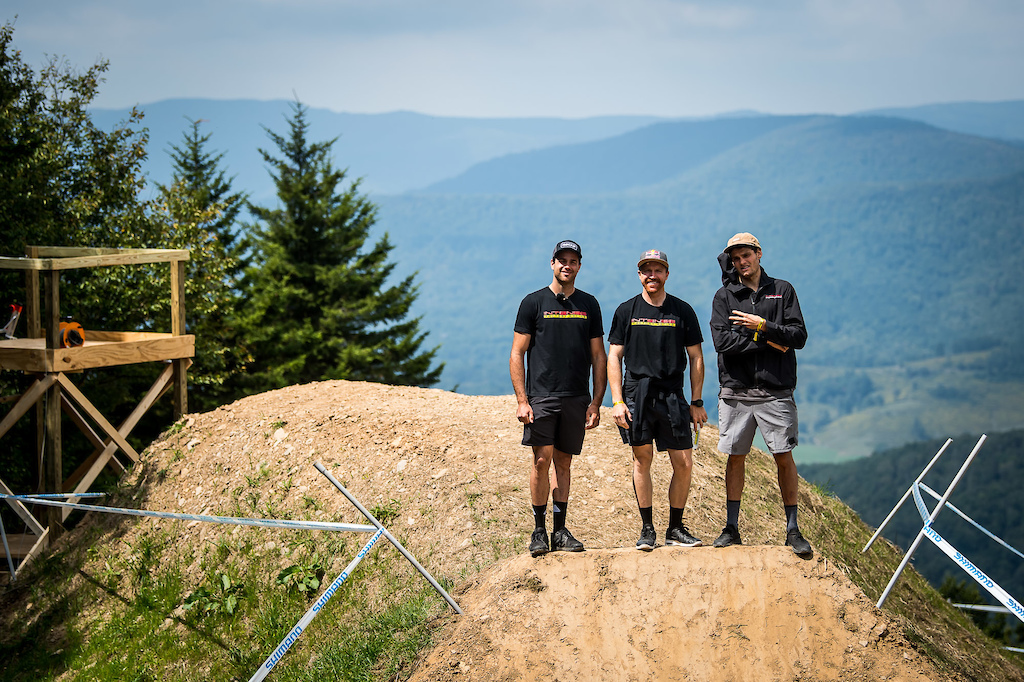 The three amigos. This lip made for some entertaining practice runs. 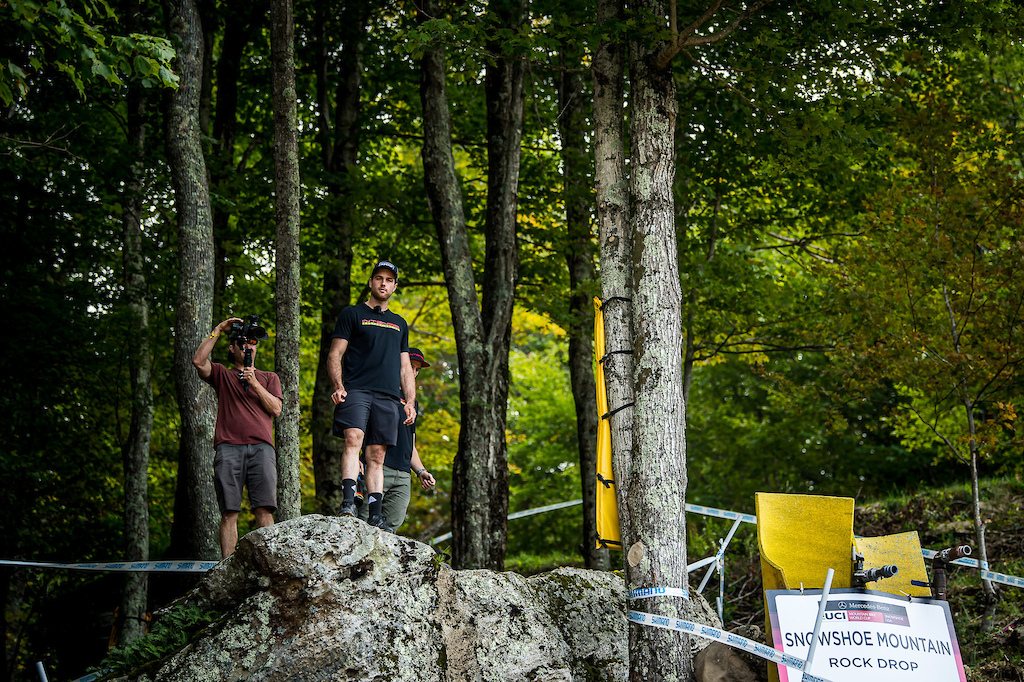 Jumping in and out of wooded sections make clear lenses the weapon of choice. 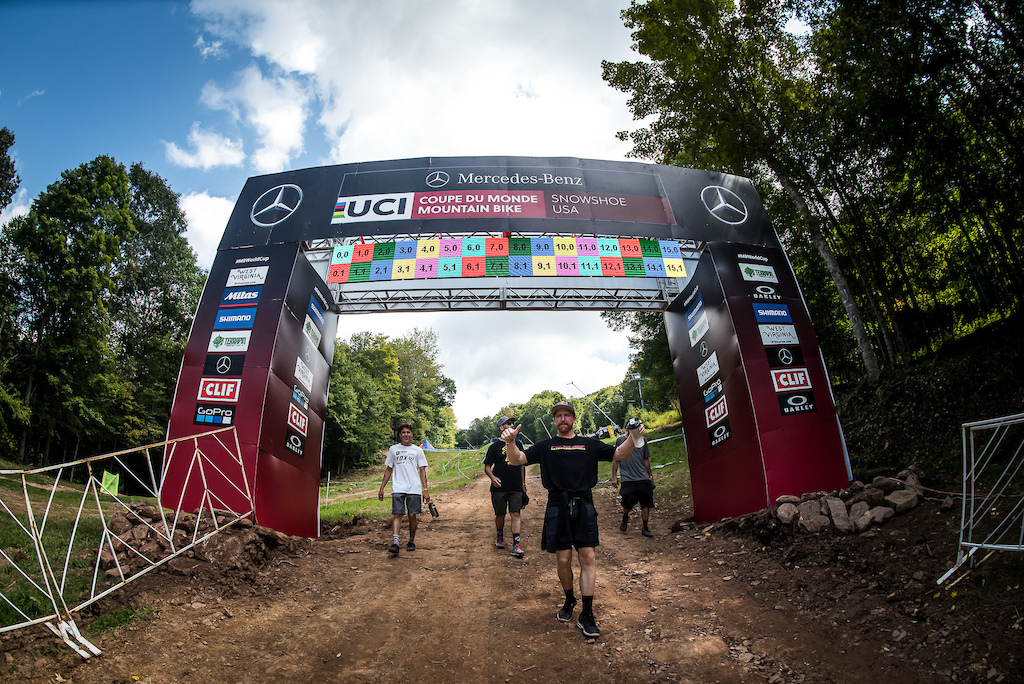 Last track-walk of the season is over, Tomorrow we practice. 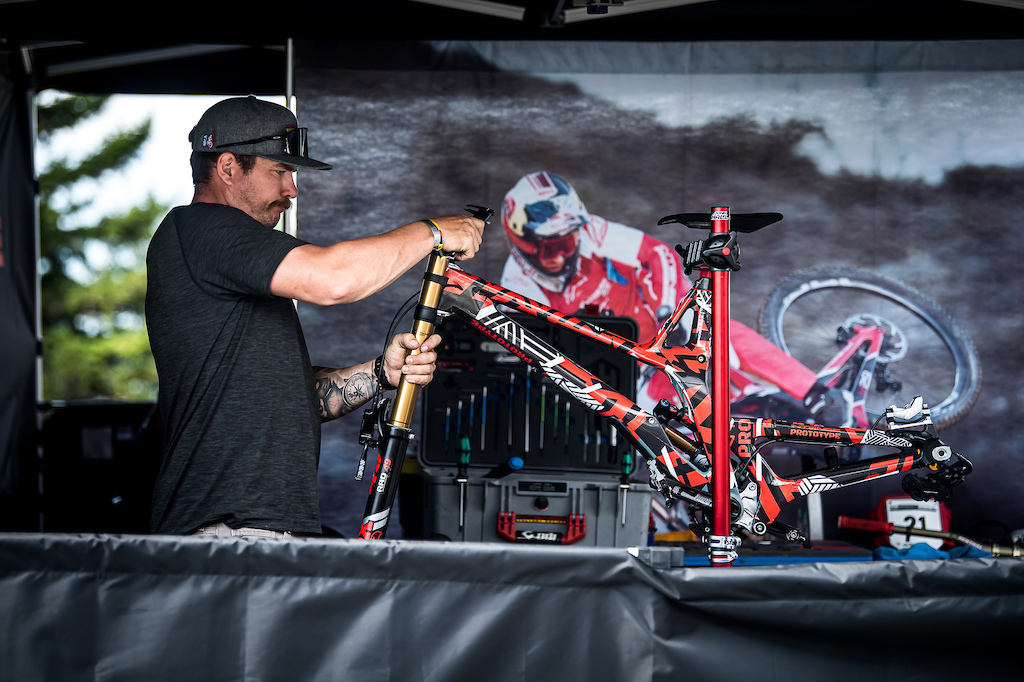 John in his happy place. The 279 combo should prove handy with the tighter sections of track this week. 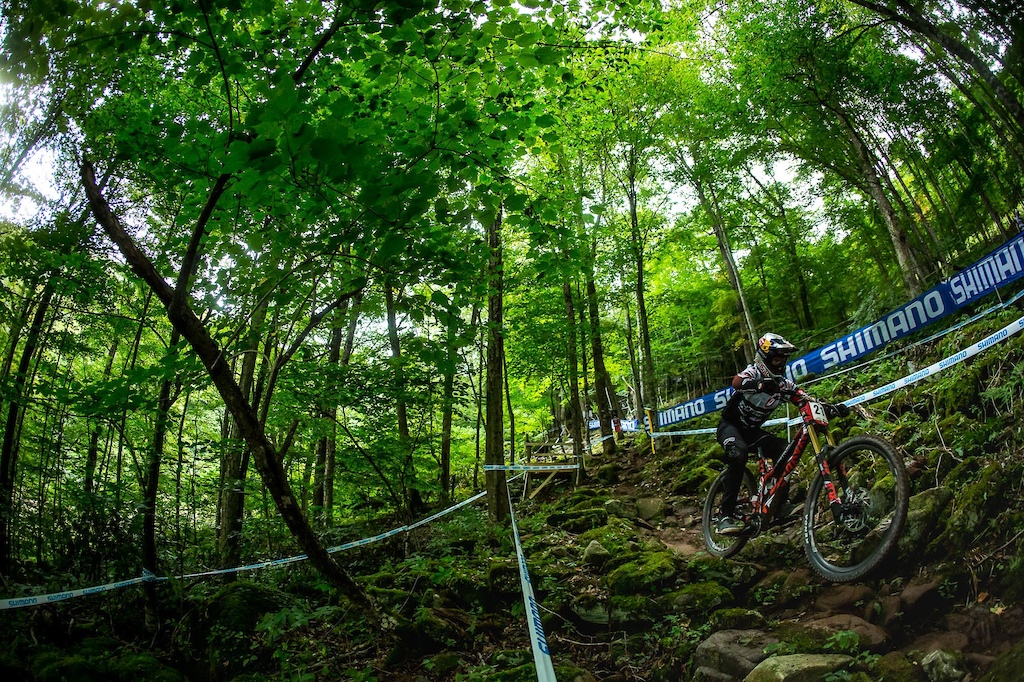 Their are a few rock sections where you stay straight and let her eat. This is one of them. 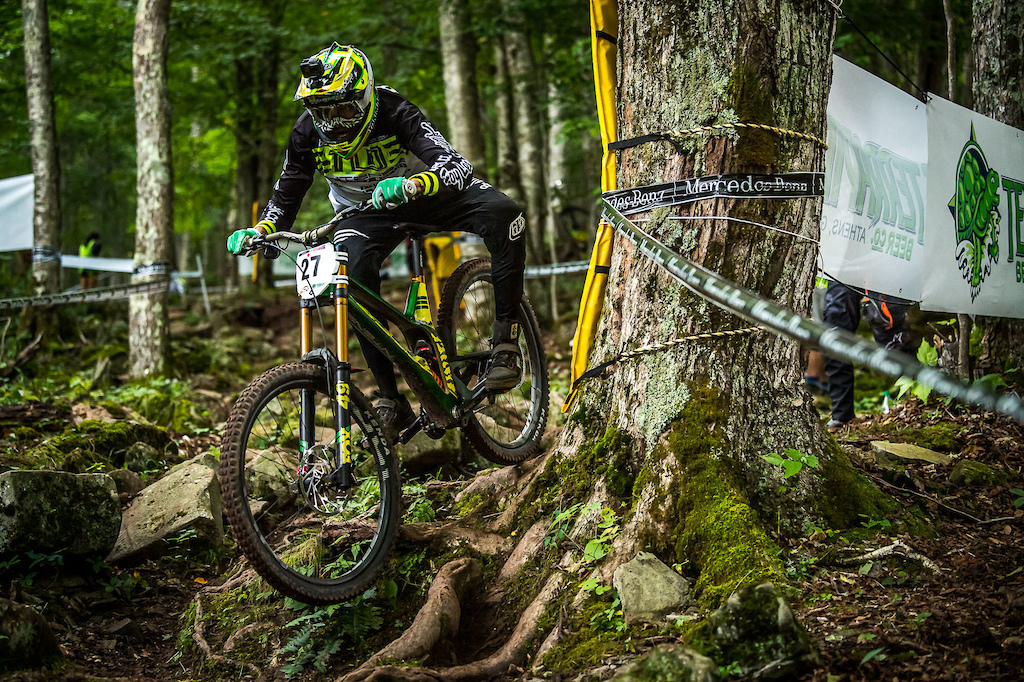 Jack with borrowing braking and corner technique from Moto GP. 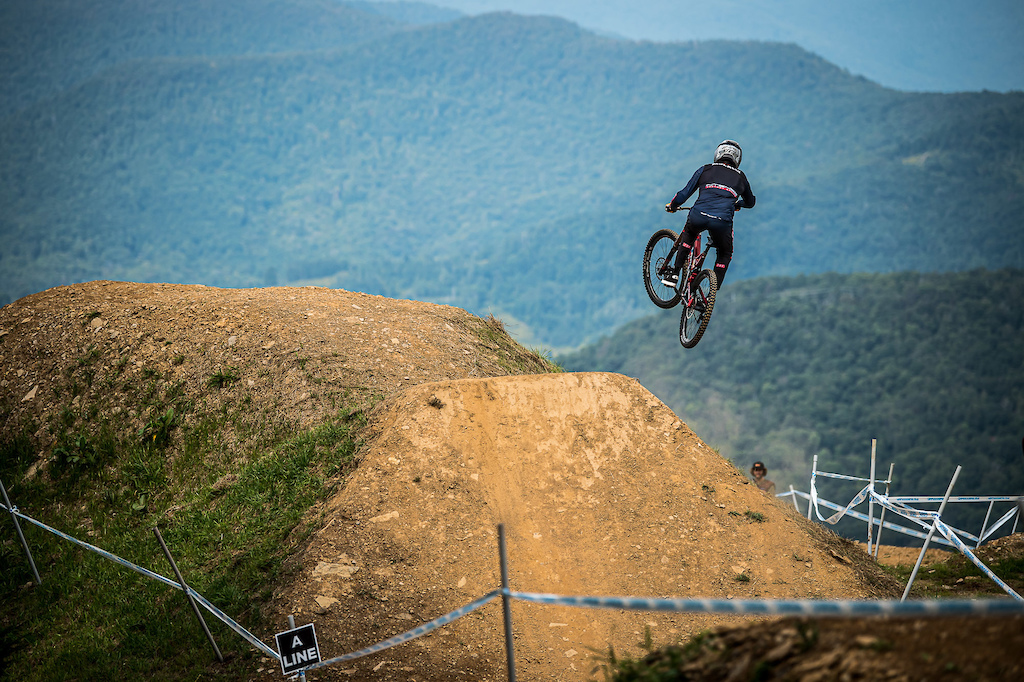 Unfortunately early on in practice snowshoe claimed a victim. In this case it was Neko's leg. A mild break but he is down for the count and will not be racing during the week.
Quali's 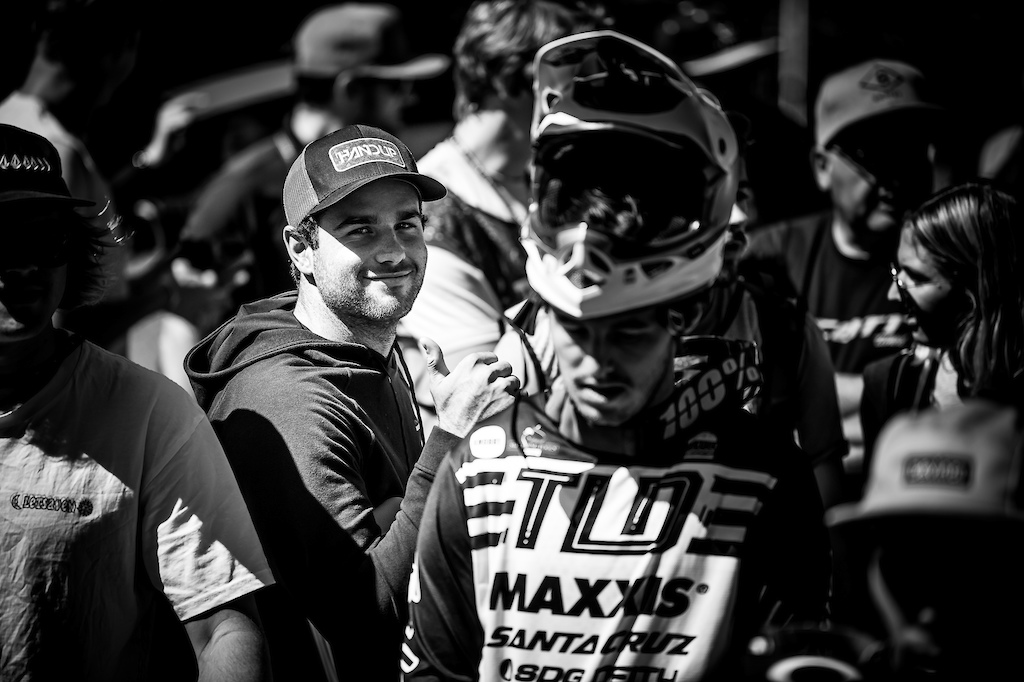 The cliche of down but not out. Neko is good spirits amidst the quali line up. 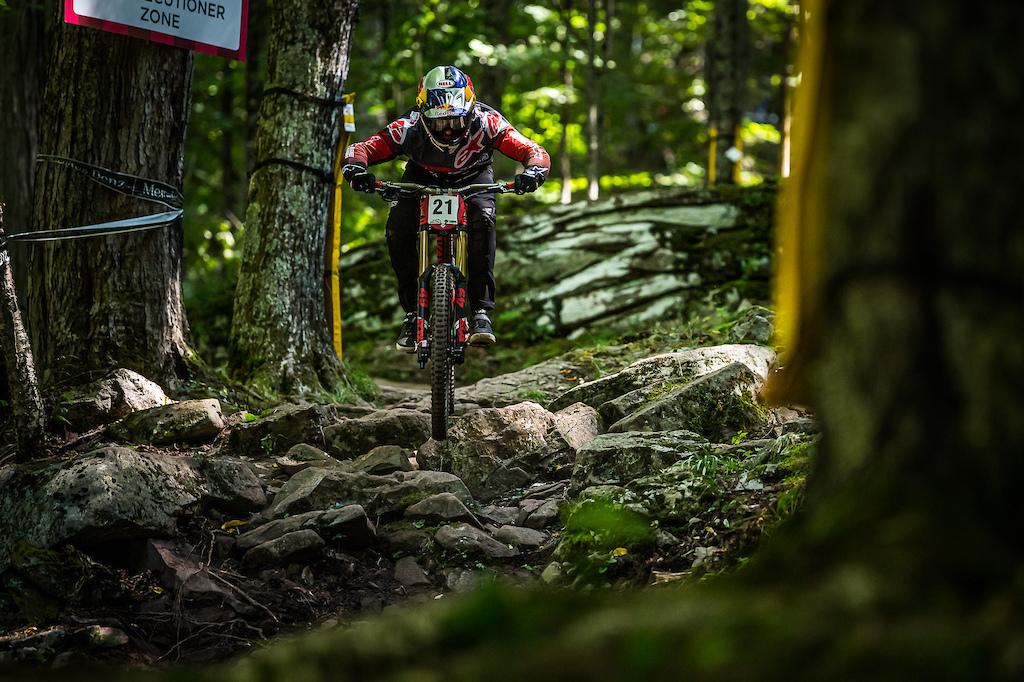 Aaron coming through a conservative quali run with a 44th. 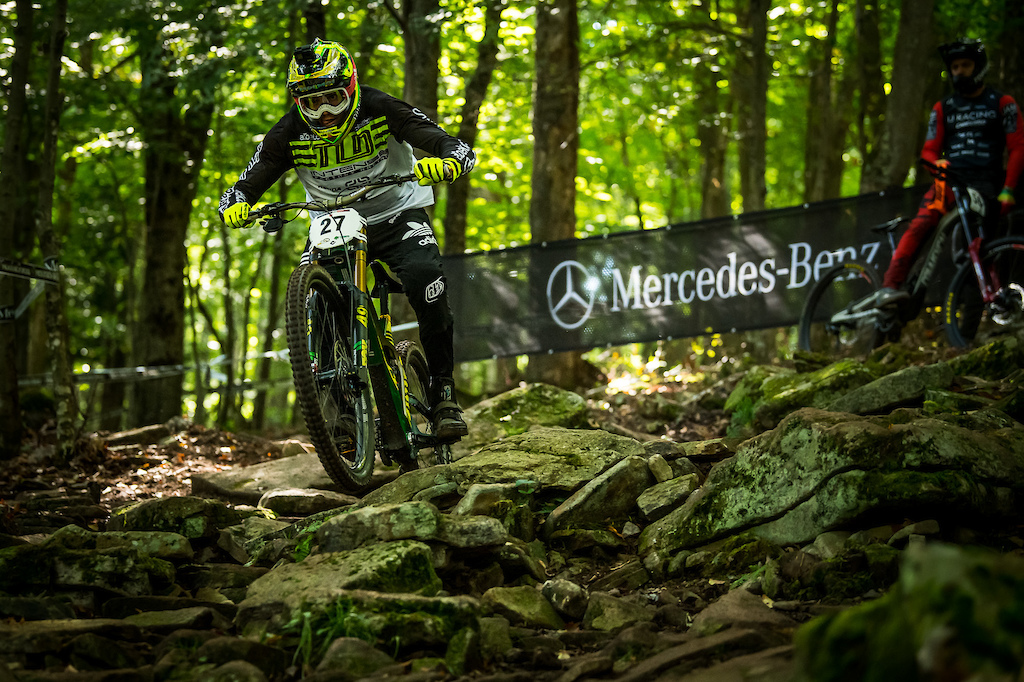 Jack with a quali run putting him into 28th. 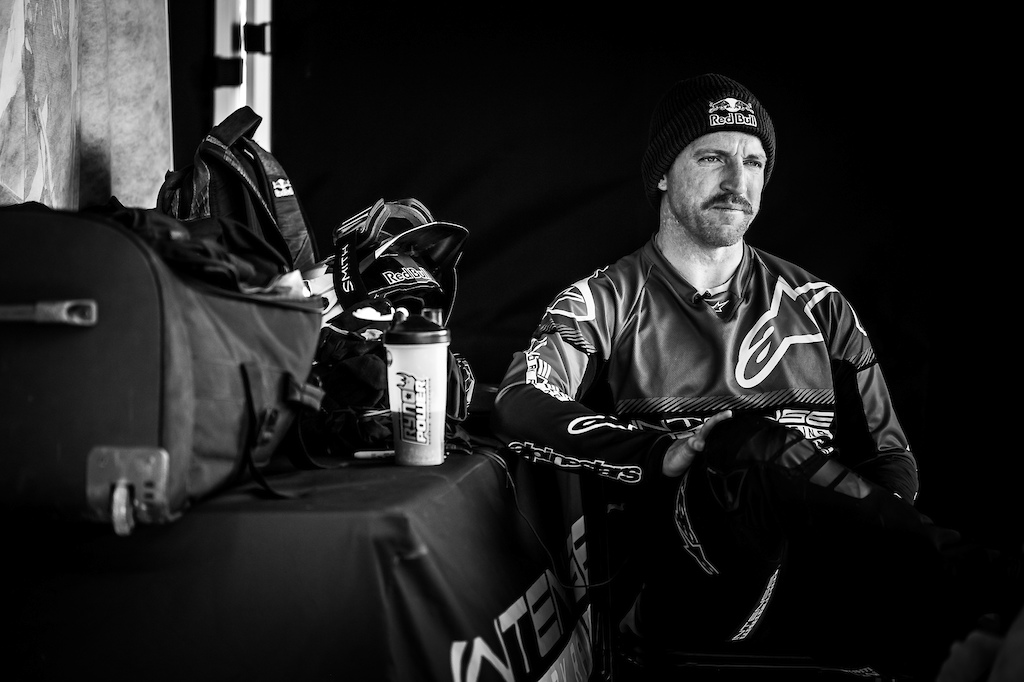 With Mustache in place the decision came through to change the front triangle to the XL. 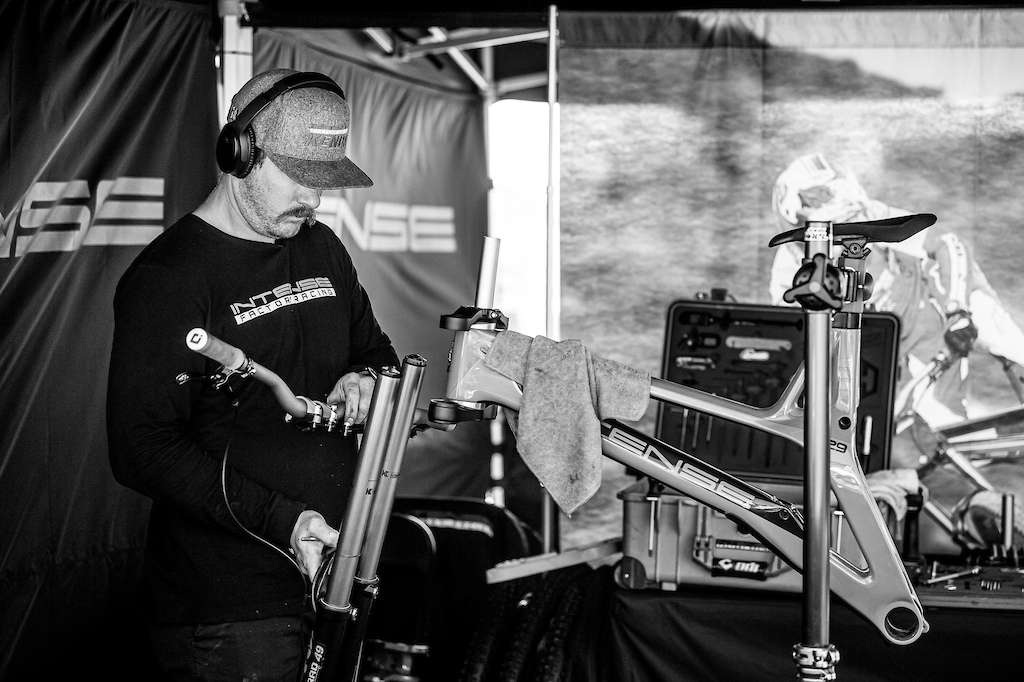 John making the front triangle swap with the hope of giving aaron a bit more reach in the cockpit.
Race Day 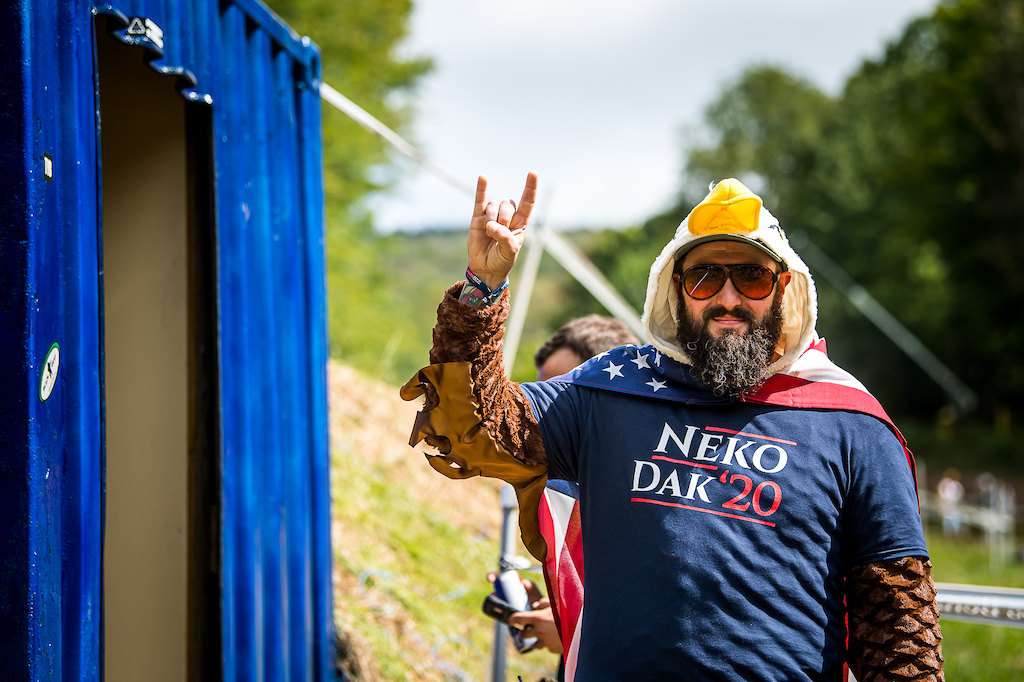 With Neko out of the show the East Coast fans still coming out to support the local Americans. 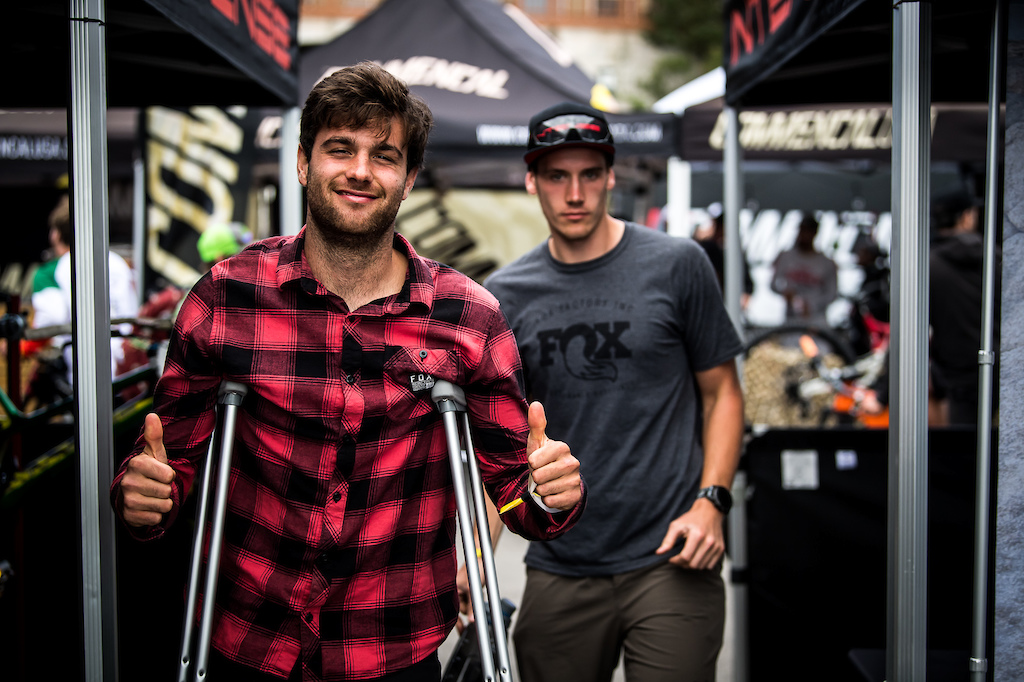 Still in good spirits. Hard not to be at the home race.
“I was bummed to miss the race at Snowshoe this past weekend. It was one I was looking forward to all season. Fortunately my leg injury is minor and will heal fast! Thanks to our team and sponsors for a great season!”
- Neko Mulally 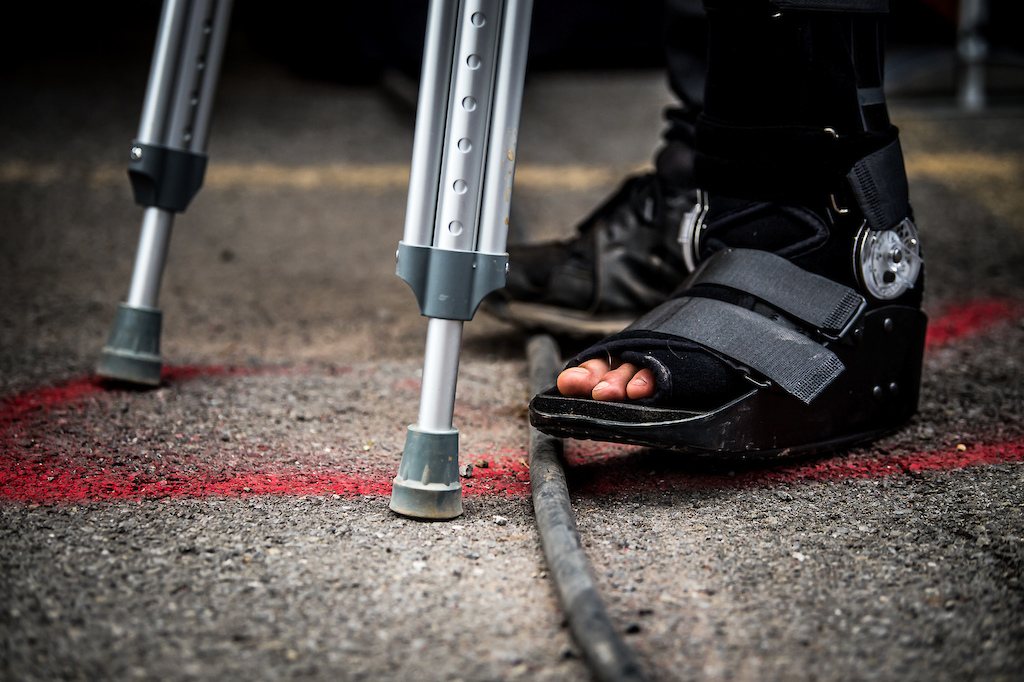 Time to have the girl friend hook you up with a pedicure. 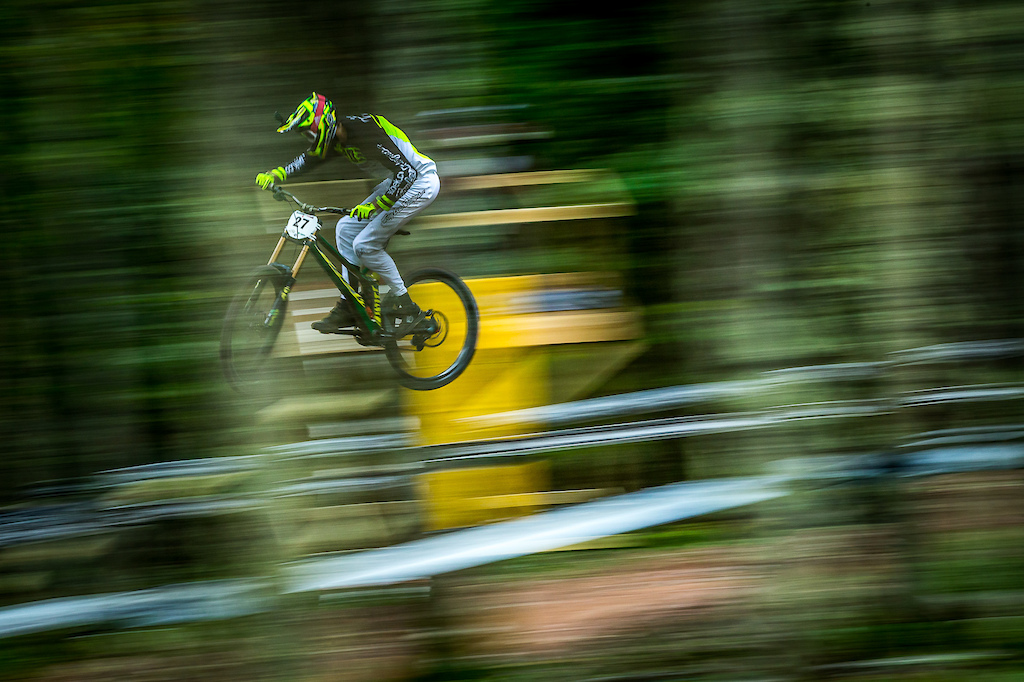 Jack floating through the trees. For those who know the feeling. Floating off a lip like this, it's hard to beat. 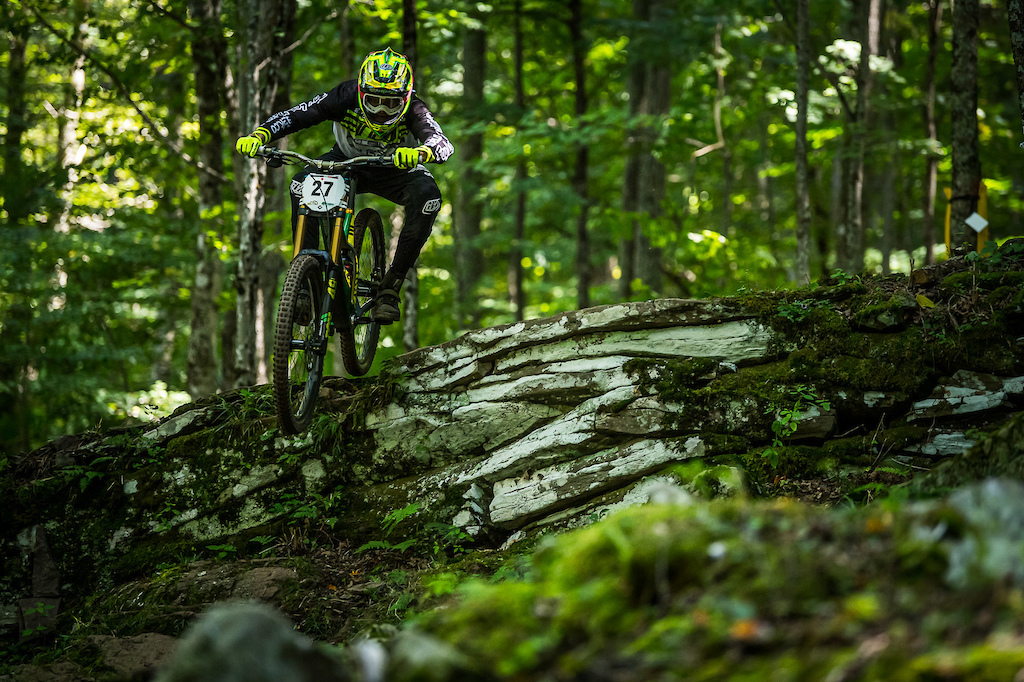 This drop seemed to be the head slapper, then right after gathering your whits you had to jump into a fun rock section. It sounds fun right? 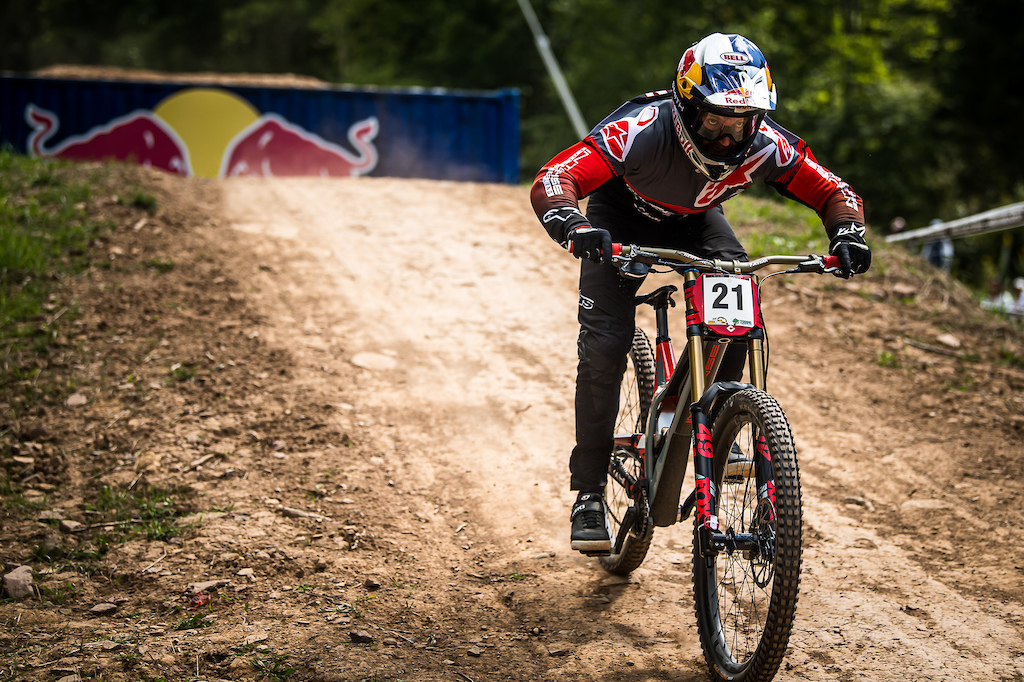 XL frame ended up delivering the feeling Aaron was looking for, just enough space to shred. 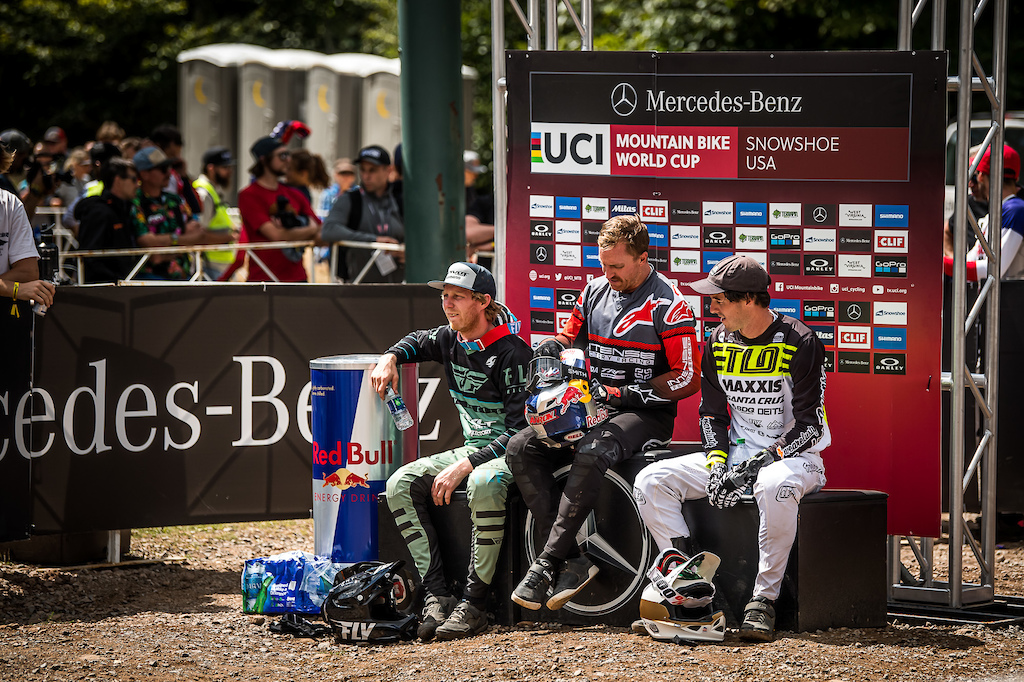 With the quali position Aaron was in the hot seat for a bit. But ended up getting bumped back to 13th on the day.
“I really enjoyed racing back in the states this weekend, the home crowd was so cool. The track was a lot of fun and it was a great race to end the year on. I made good progress from the first day of practice to the race and I’m happy with that. I had a few issues in my race run that prevented me from getting up near the podium times but it was a decent result and good to end the season with something solid to build on. Looking forward to some time at home now to heal these lingering injuries and get strong again. It was a tough year but I learned a lot and I believe these trials will make me better in the future. I’m definitely excited for next season.”
- Aaron Gwin 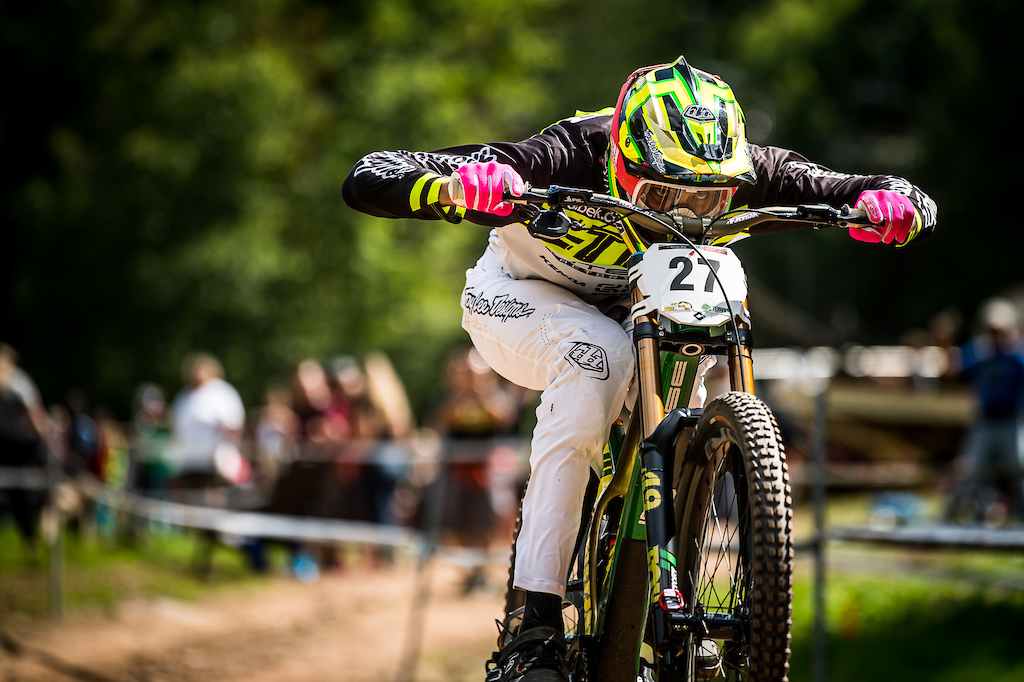 Tucked and eyes up. Just enough aero to get the job done. Jack ended up with a 39th on the afternoon.
“Pretty tough to end the year with that result, but I tried as hard as I could in that race run. Really happy to have a bit of time off to chill out, and to reflect on the season. Cheers everyone for the support this year.”
- Jack Moir 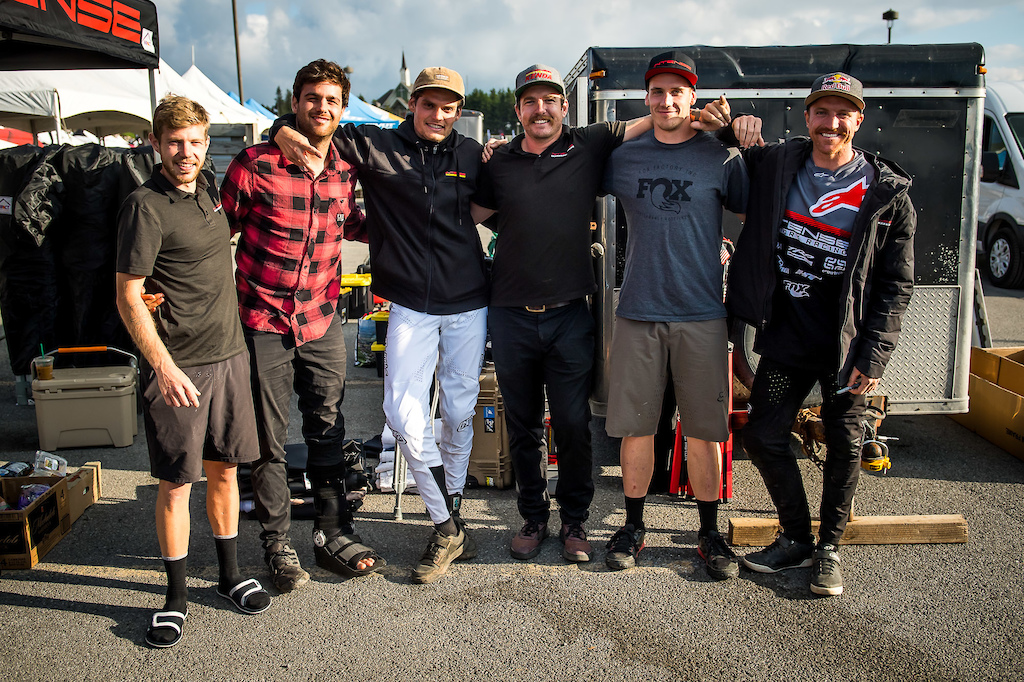 One big happy family.
“What can I say that hasn’t already been said this season. This truly has been the biggest rollercoaster ride of a year, so it’s only fitting that the final event of the season would end the same! As we started our trip from Mont-Sainte-Anne to Snowshoe, we received the unfortunate news of the passing of Intense Cycles Chad Peterson. On the first day of practice, Neko then rode over his foot/leg, and broke his leg. The upside, we seen Aaron make some positive changes in his bike set-up (last minute frame size change), and finish the season with a decent result and positive step forward. The Sunday following the DH finals, our team was already focused on 2020, and using this season’s challenges to advance our results for next season.”
- Todd Schumlick
Team Manager