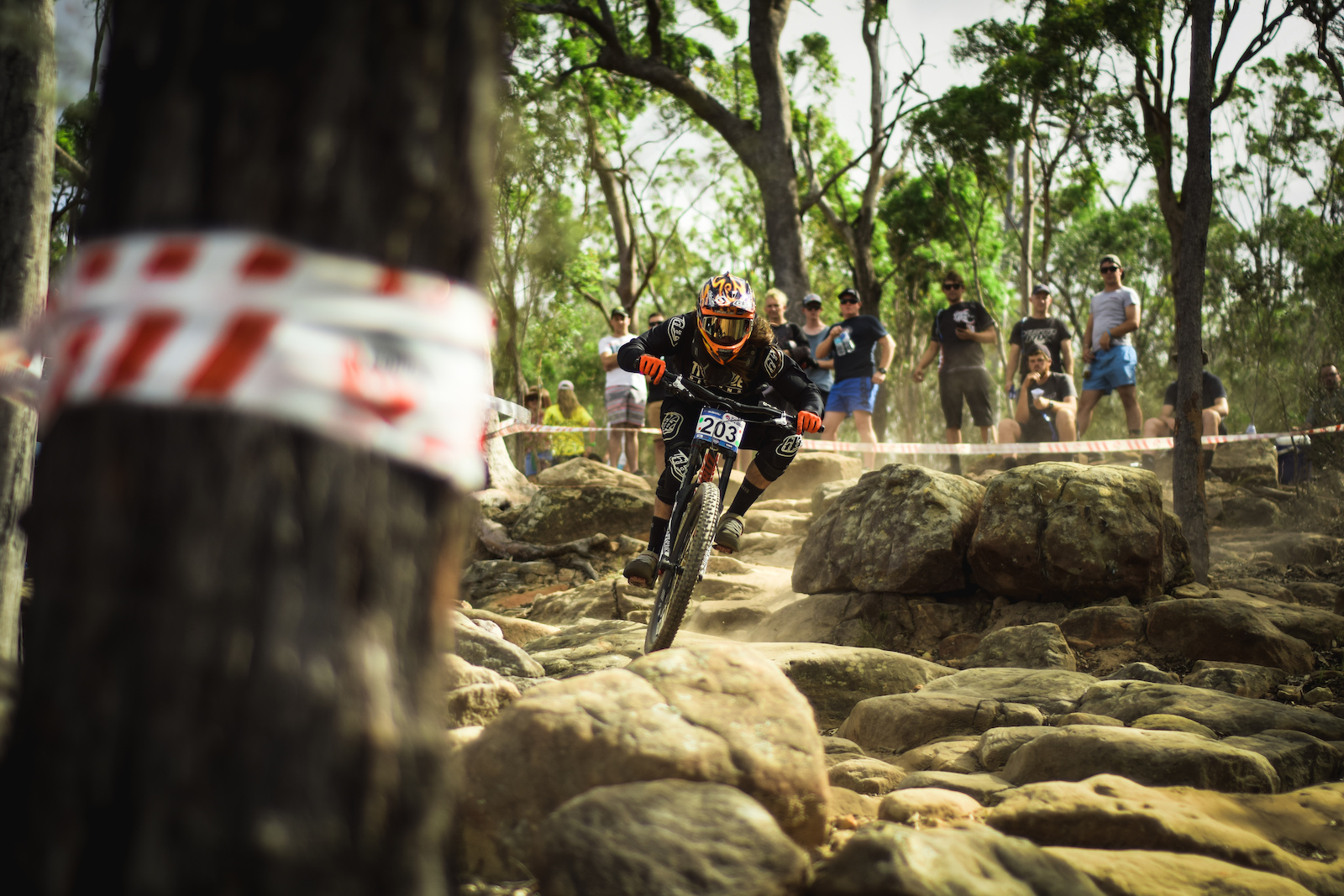 Remy Morton fresh from NZ, slaying some of Queenslands finest rocks.
Located an hour and a half east from the QLD capital Brisbane, Toowoomba or ‘Tbah’ as its affectionately known has that perfect mix of ‘Straya’; brutal heat and blown out rocky trails.

In what would be the final hit out before the National Championships in Bright later this month, the Lusty Gravity Team converged on Jubilee Park to consolidate and hopefully dominate. 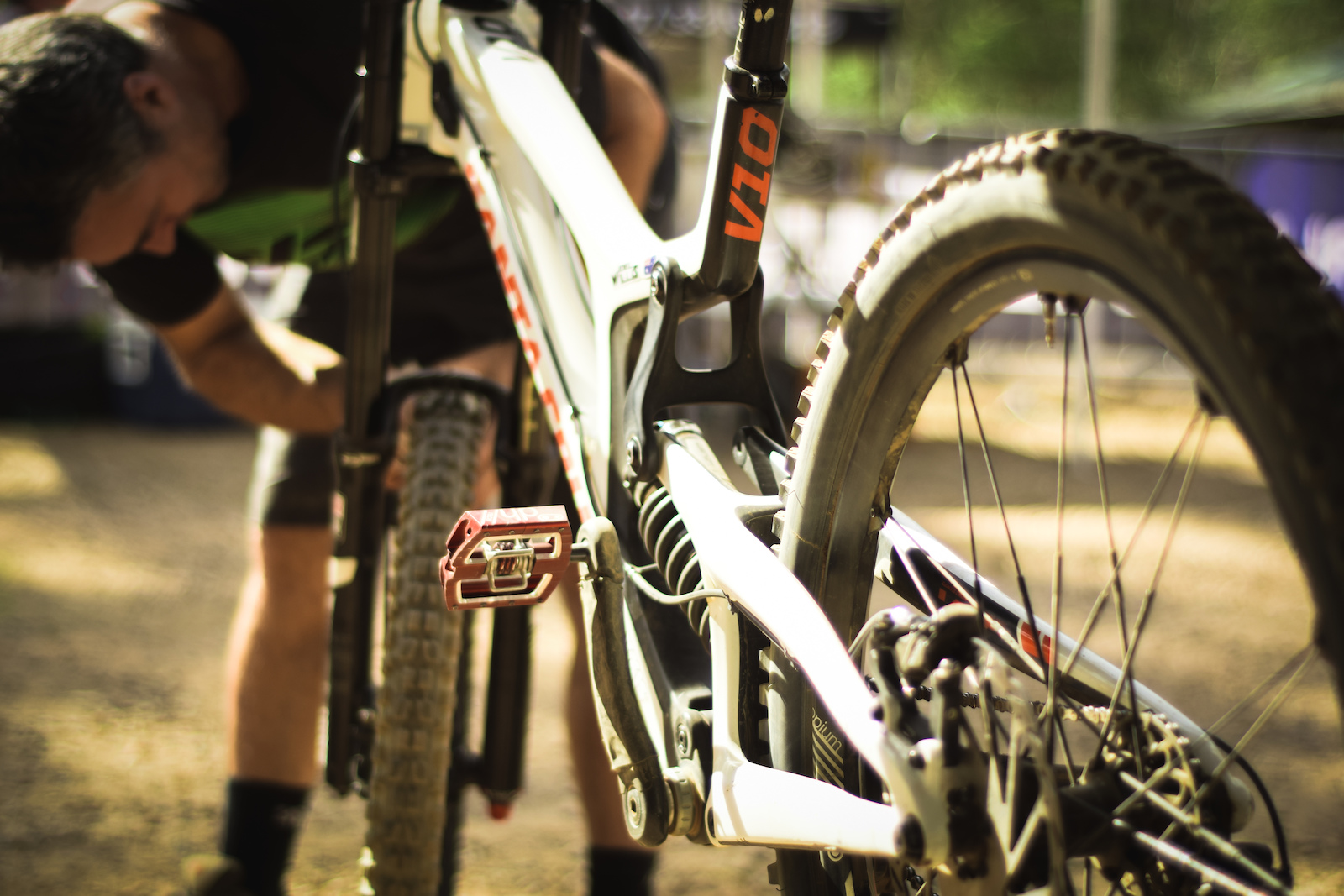 A team V10 getting some TLC before seeding. 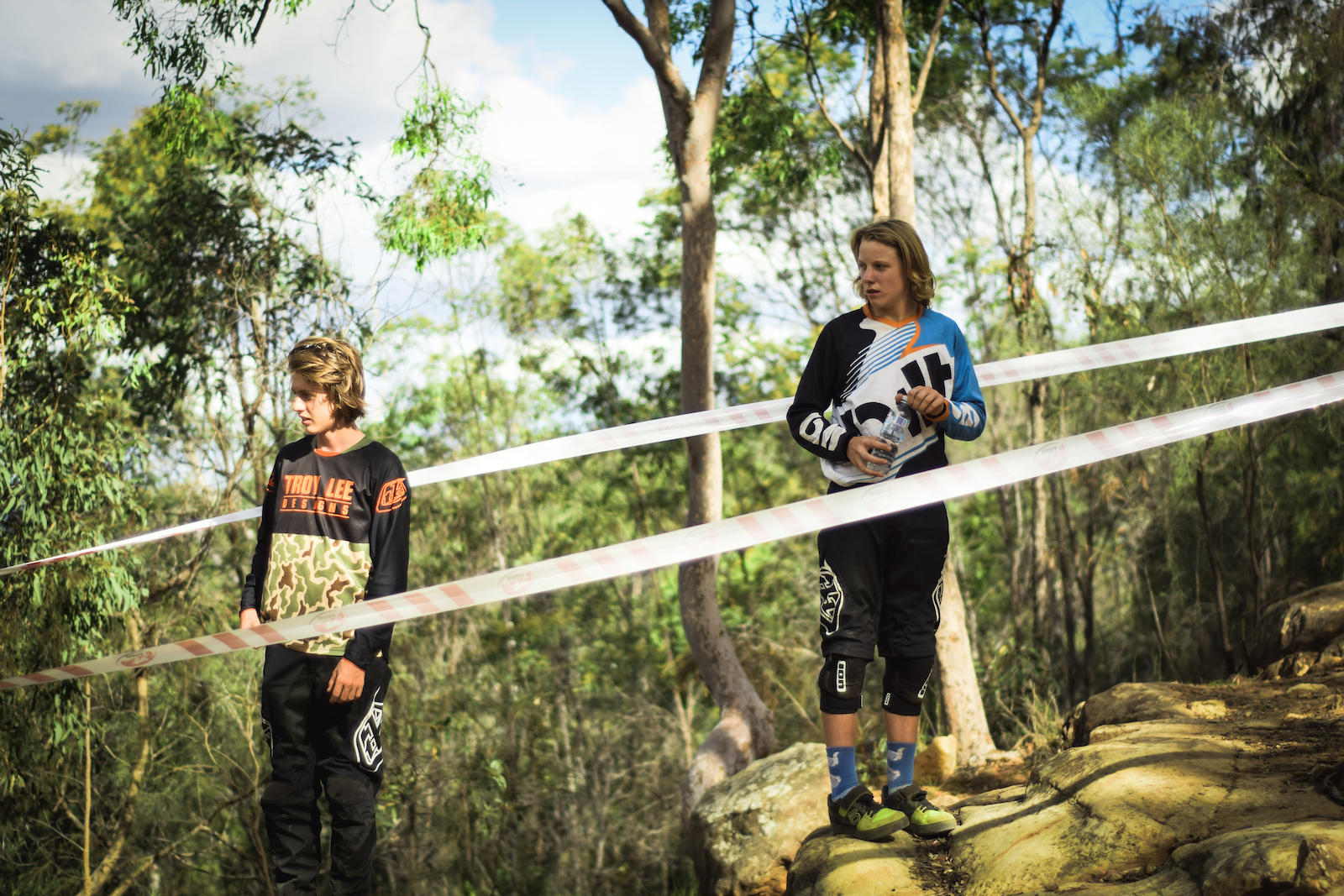 Pat Butler inspecting the rockgarden.
Remy Morton is back on home soil after a solid few weeks in New Zealand. If you follow Remy on any of his social media accounts you can see that there has been no shortage of riding, that mostly consisted of airtime, scrubs and some hectic wipeouts. It’s always good to survive O/S adventures with all your appendages working, and come back intacts to prep not only for the National Champs but the upcoming World Cups.

Remy didn’t disappoint, using all of that ‘training’ in NZ to match the likes of Graves, Rude and Crimmins with a time of 2:52.74 placing in second in Junior Men just behind Jackson Frew. 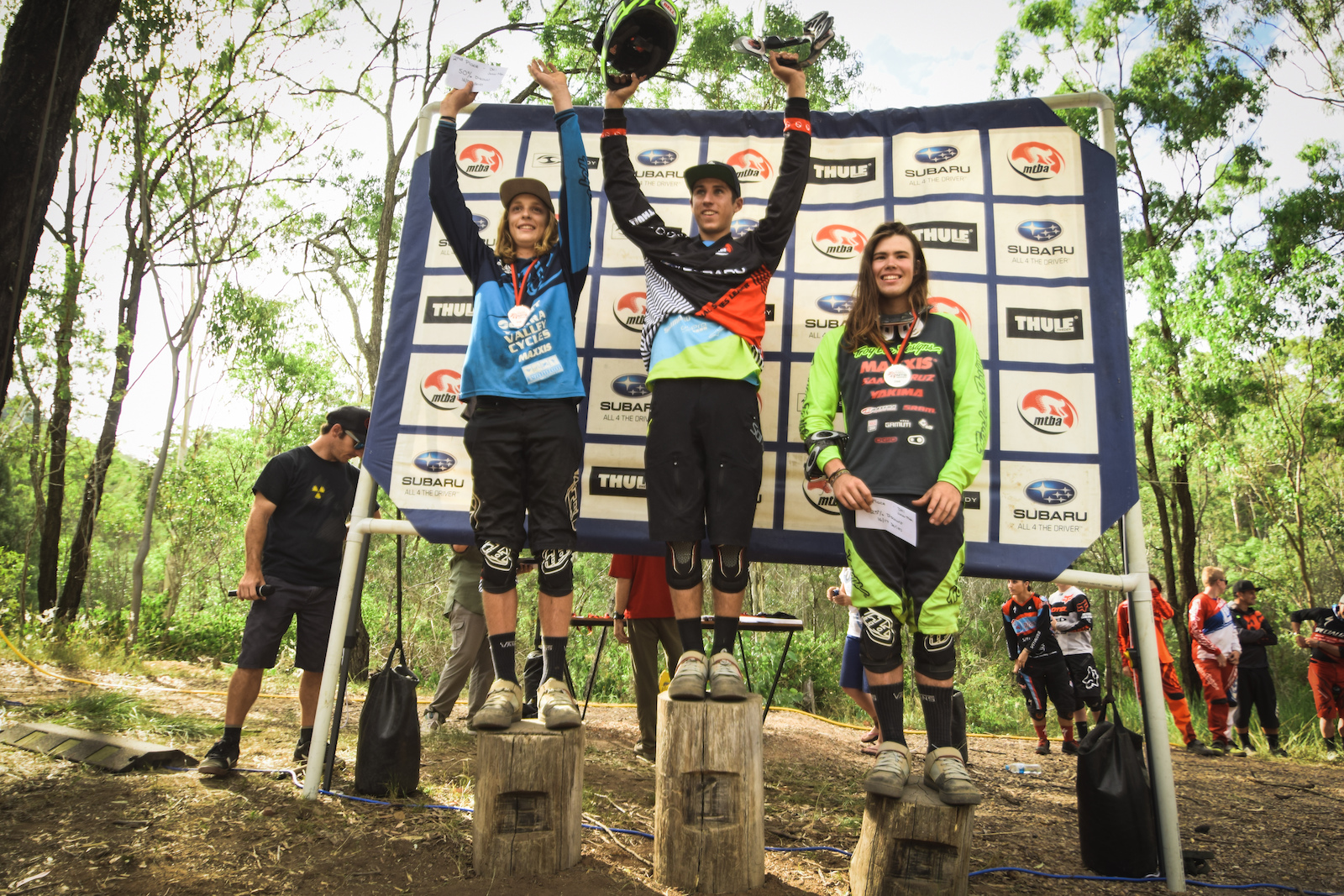 Remy taking out third in the U19's Overall.
This result was also good enough for third place in Elite Men overall for the day and left him in 3rd place for the series. 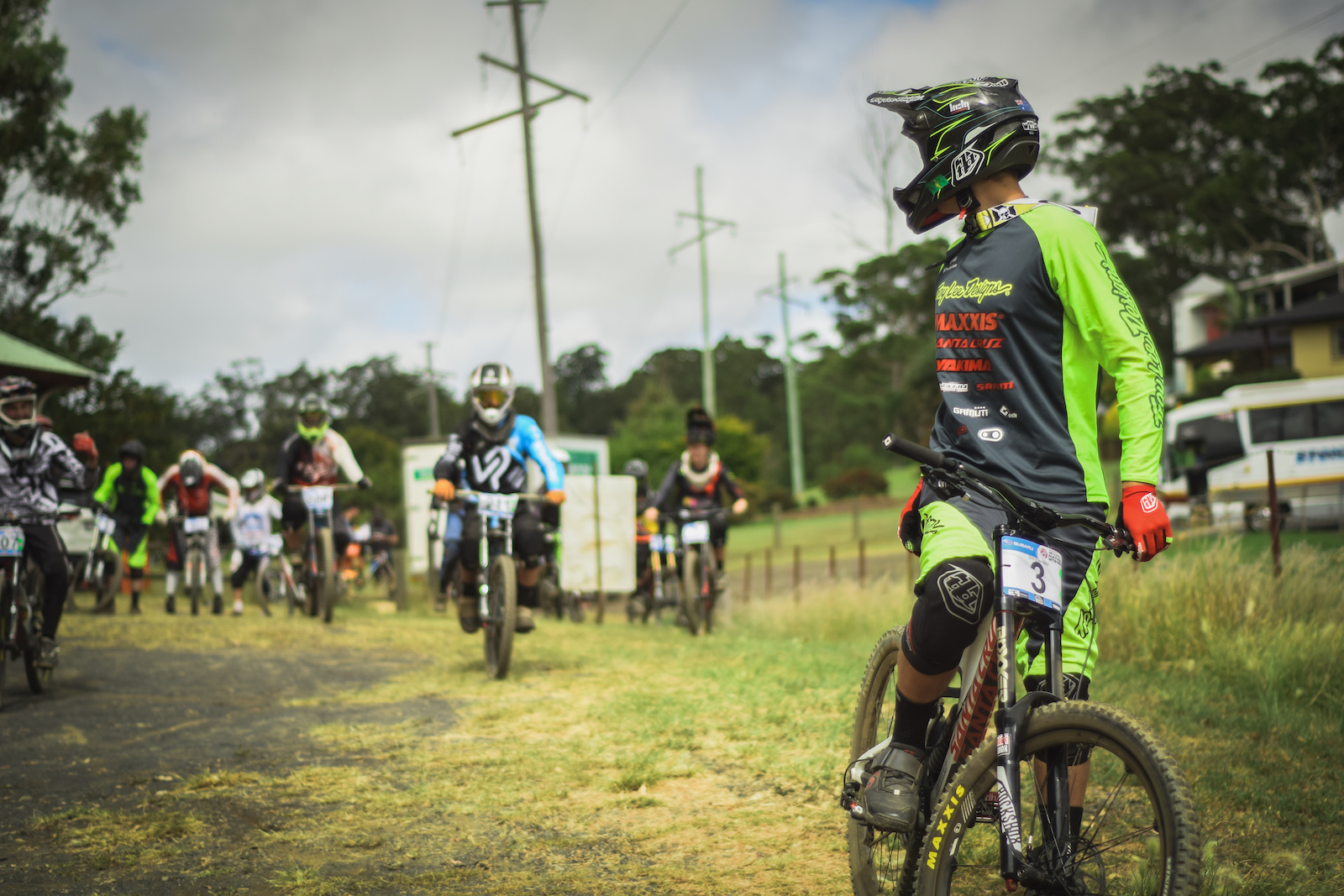 You guys coming? Joel Willis had a strong result this weekend, closer to the top next time for sure.
Joel Willis is continuing to improve with solid results in both seeding and his race run. His pace wasn’t exactly what he was hoping for but being only a few seconds off the podium in 12th is still a huge effort. 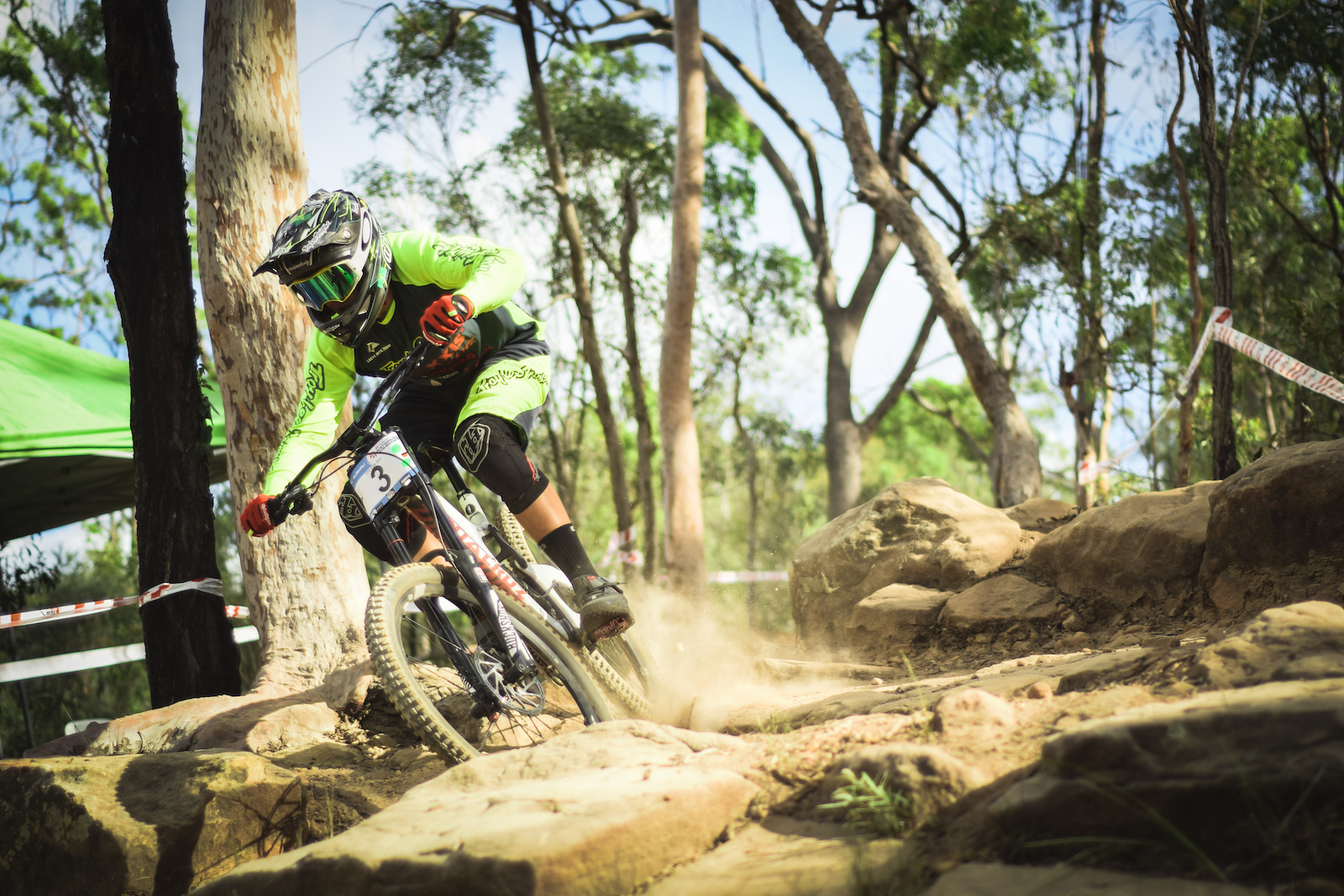 Joel sliding through the rock garden during seeding
“I was really happy with how I was riding... to make a few significant mistakes in my race run and to be only 2 seconds off of the elite top 5 was awesome. I learnt a lot in my first elite national series. There were some highs and lows, which have all made me a better rider. Keen to put what I have learnt to use in the coming year.” 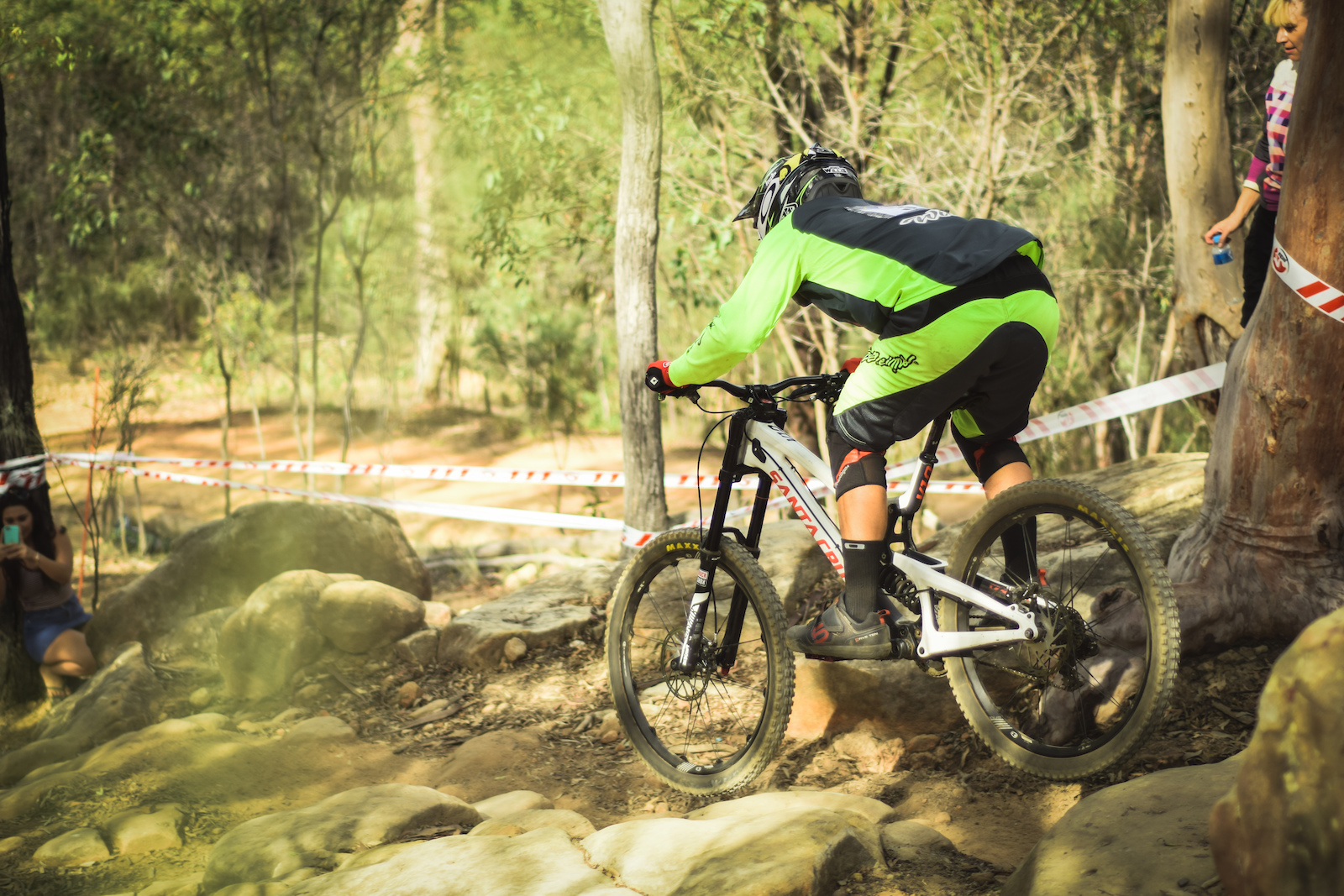 Joel guiding his V10 through the rocks with ease.
Consistency always pays off and to confirm this Joel finished 7th overall for the series, we are sure he’ll be on fire in Bright in the coming weeks. 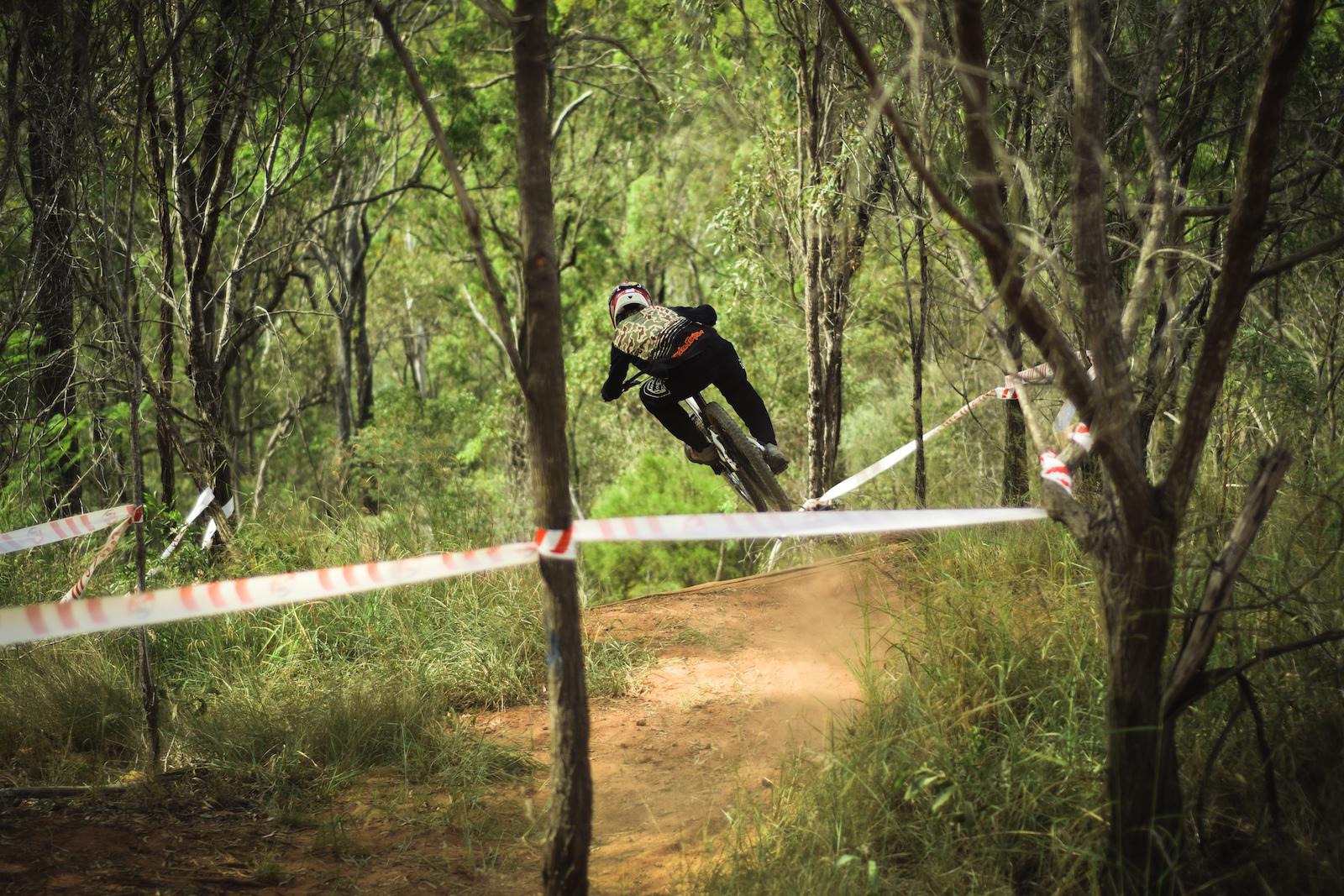 Pat squashing the step down to take out first in seeding
U/17 Rider Pat Butler got another taste of the top step on Sunday. With a time of 3:02.85 for the young gun, it showed that he is on track to develop into a world class rider and boost his confidence for the coming weeks. 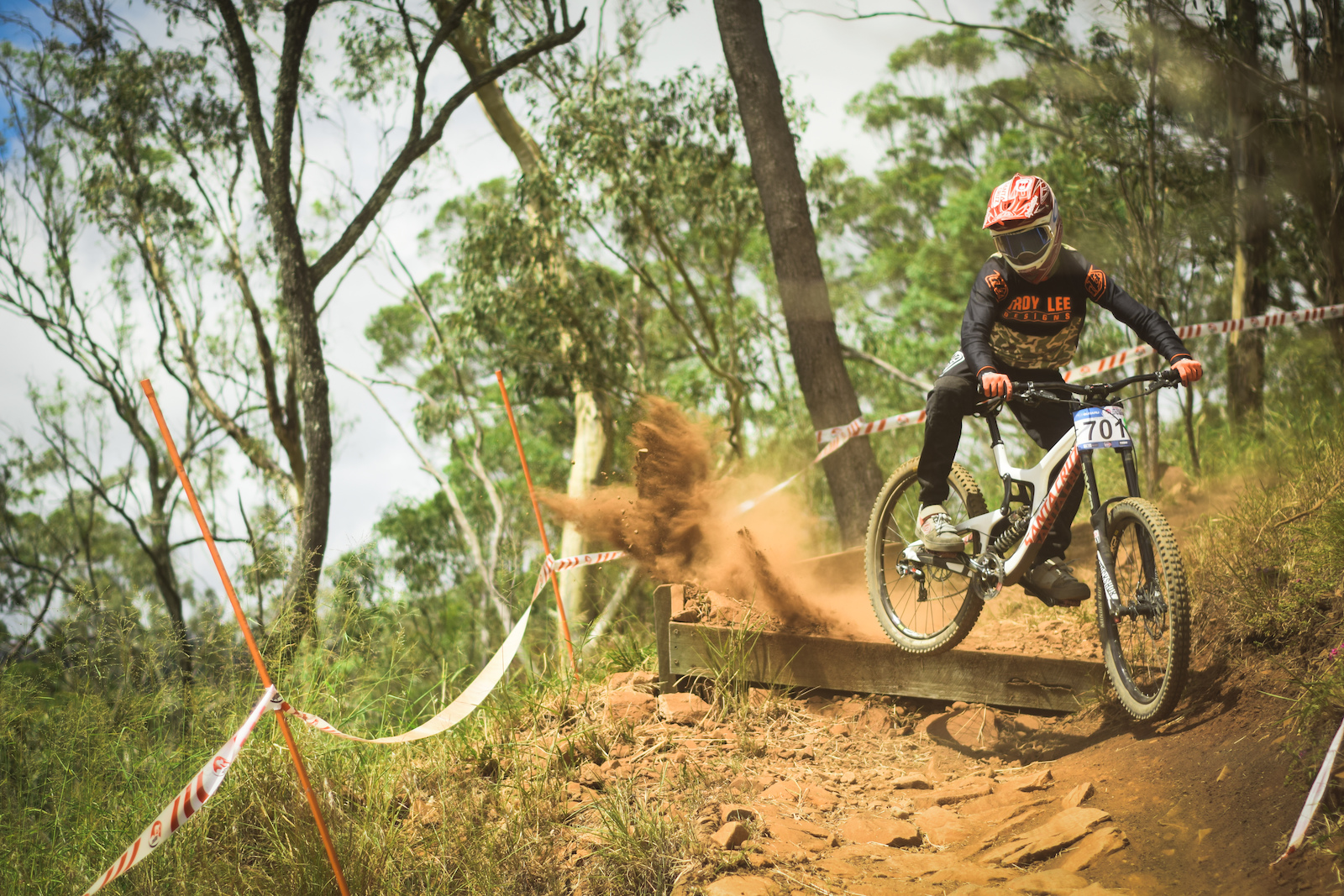 Theres no point filming Pat without a roost
“I had a wild race run just held it together in some corners, just so stoked on how the bike ran and how the race went”

Pat also finished on top for the series, which included not finishing outside the top 2 in either seeding or race runs for the four race series. 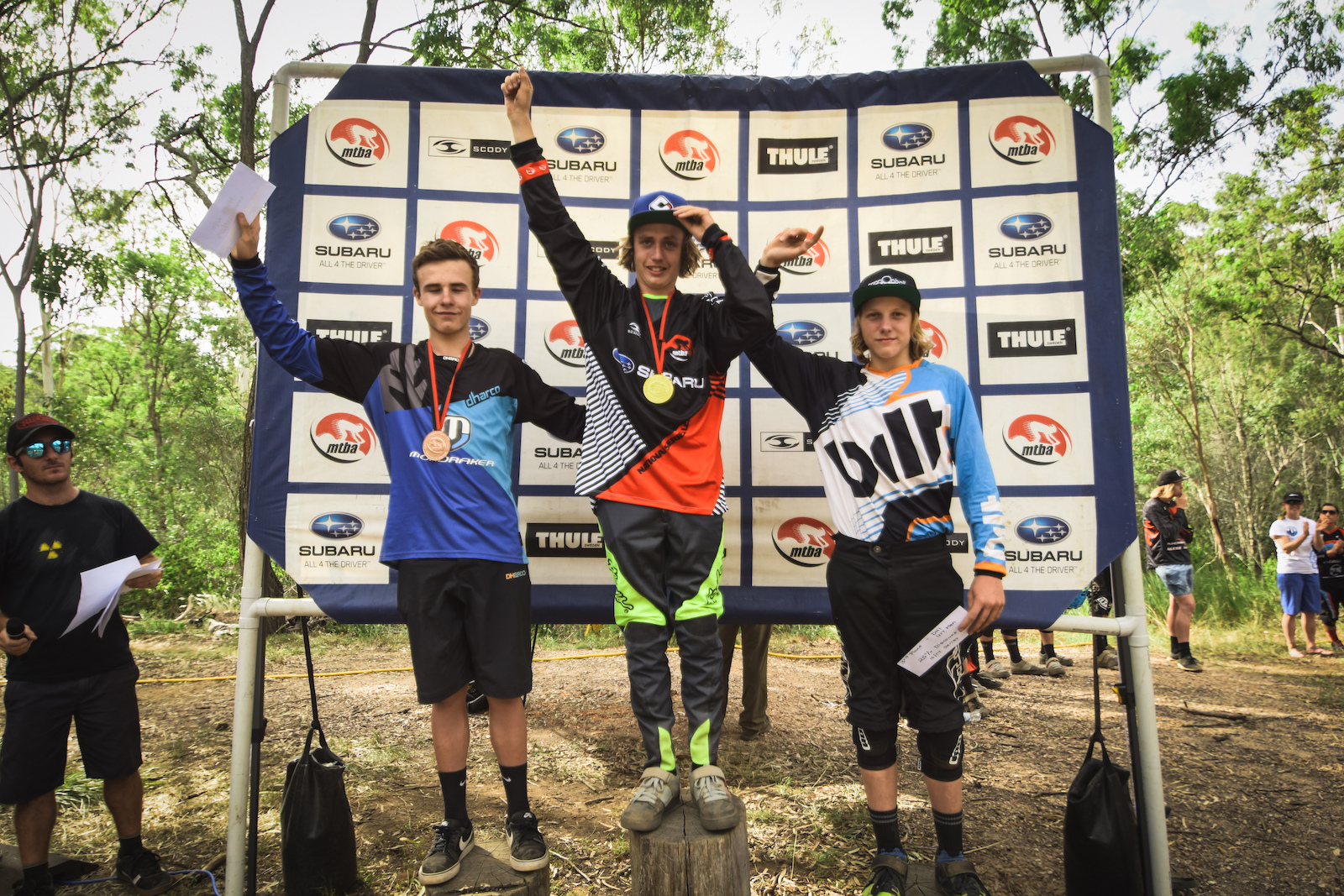 Next stop: Bright, VIC - things are about to get STEEP!

All photos courtesy of Matt Staggs