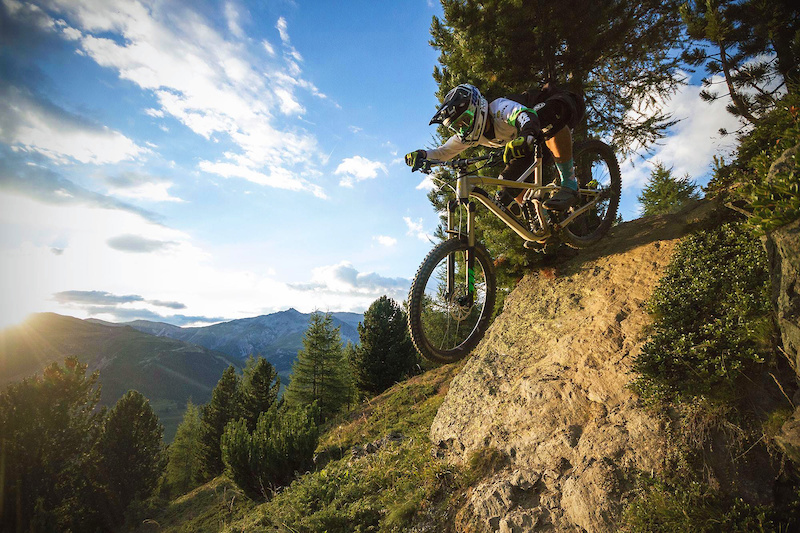 New Year’s Resolution No.1 – Be Less of a Dick.

There’s a couple things in life that frustrate me and when frustrated I’m not always a nice person. I find my frustration to be frustrating and a lack of financial security seems to be a common trigger point. For obvious reasons, money is quite useful. I find it’s good for buying food and it’s also good for keeping the van running. For those who are wealthier than me they can even pay rent with it too. That would be the dream.

In the last three years, I’ve had three one year contracts from the same company and in the last two years I’ve lost money. I’m not sure if I’ve just been unlucky with expensive vehicle repairs or if I’ve made too many bad decisions. Either way, a business that loses money isn’t a good one so presumably I’m bad at my job. However, the good news is that my van is now mechanically sound (except from the rusty bits) and I’ve treated it to some extra luxuries. It now has a fridge, a diesel heated fireplace, a solar panel and a skylight in the roof. It’s sooo good! Just sitting inside that van makes me happy. 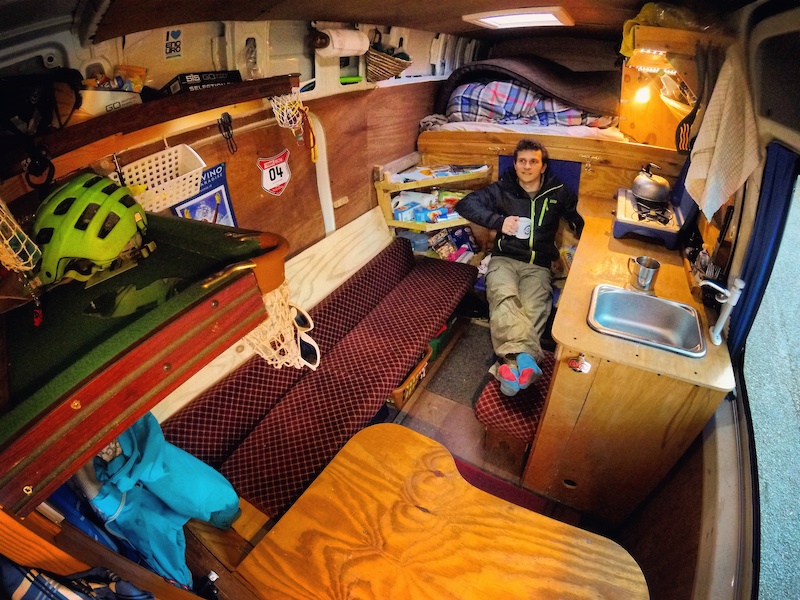 I always used to wonder how to earn extra cash in between training, racing, brand promotion and van construction. As a part of the ‘Factory Team’ it was difficult to have my own personal sponsors so I thought the best way would be to have some additional responsibilities within the company I rode for.

I knew they needed help with their CAD modelling so I tried to convince them that I could make use of my education and do some engineering on the side. That didn’t work and nor did the idea of being a UK based sales representative/marketing guy to spread the brand into Britain. My team manager was always really encouraging but nothing ever materialised. I then had the chance to put together my own private set-up when they offered me a generous frame only deal for 2017 but they changed their minds late on in the year which means I’m now on the back foot with regards to sponsorship.

I’ve realised that change is a good thing, however. Regardless of finances, life is what you make it and my life is pretty sweet. I’ve seen a lot of amazing places and done some cool races whilst meeting all kinds of people along the way. It’s too easy to think that the grass is greener on the other side. I’m sure there will be people who are envious of my lifestyle but the funny thing is that I sometimes wonder why. Almost anyone can afford to do what I do for at least a couple of years – just quit your job, sell the house, sell the car, sell the kids, buy a van and ride your bike. If you want it bad enough then it’s easy (apart from when it comes to girls… they’re not always so easy). A wise man once said to me:


I like that saying. I think it’s true and I try hard to keep my half sized glass as full as it can be. 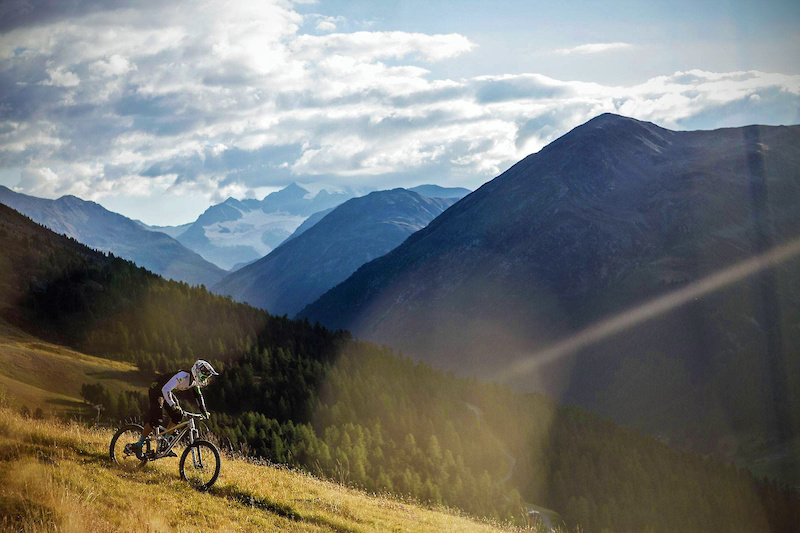 It’s obvious but spending time with like-minded people always makes things better and the second half of 2016 reignited my love for racing. I was sharing the van with Ross Bell and we were joined by various bike friends during that time from the Trans-Rezia through to Finale at the end of the season.

I’d say the highlight had to be Livigno. I can highly recommend it as a destination but I think for both of us it was one of those ‘had to be there’ moments. It was mid-season, we had time to kill and we needed a place to be. This was it. There are so many good things on offer in that crazy little high altitude tax haven. Everything is cheap, the food is good, the trails are fun, the gym is fantastic and therefore it makes for the perfect training location. Many international ski teams go there in the summer and I’ll be back for sure. 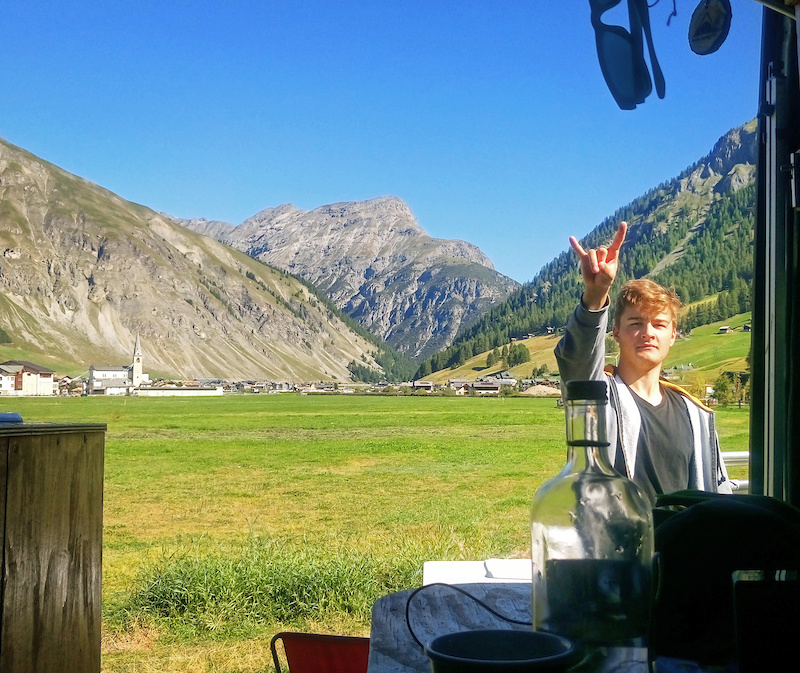 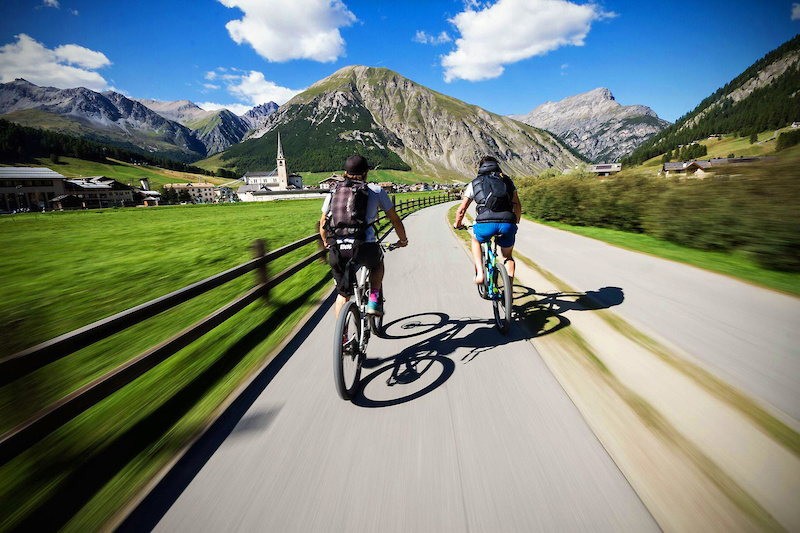 It turns out that Ross and I have a lot in common and he isn’t even a racer. He’s a photographer and the thing I like about Ross is his passion. He really wants it. He is prepared to go to the races without any contracts and hope that something will pay off. He has the skills and he has the ambition. Even if he did spend a few days lying on the sofa staring at the ceiling wondering where his life was going – I’m sure it’ll happen for him soon. He makes enough pocket money to keep afloat but to make a living; I guess that’s the aim. It’s probably a more realistic goal, certainly in the long run, than mine. 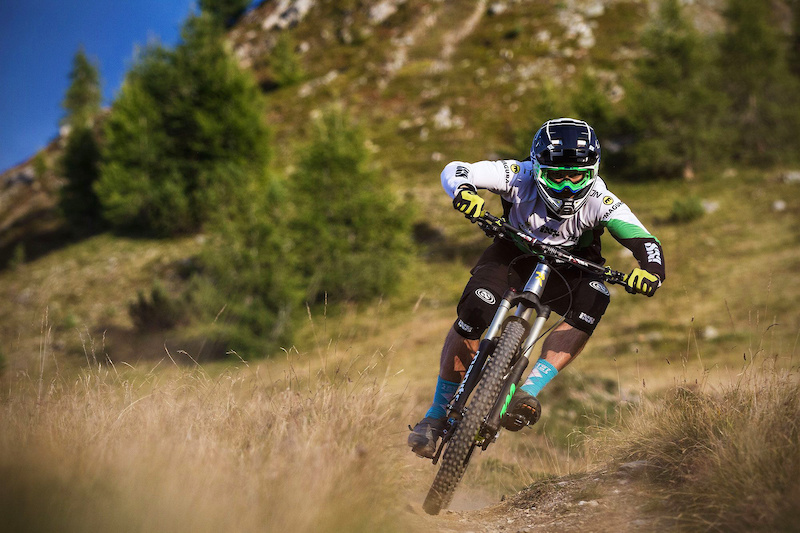 I’m just trying to live the dream as a professional racer. Racers are marketing tools for business but it’s up to the individuals to make it happen. To make our own dreams come true. It requires time, effort and persistence. To become as good as we can get. To hold our heads up high and say we were one of the best. To travel. To race. To have a sense of purpose. There aren’t that many people who are truly committed and we all want to be in that same arena battling it out. Bring on EWS 2017!

New Year’s Resolution No.2 – Get Good at Riding Bikes...

Shaunmac17 (Jan 27, 2017 at 13:40)
Good article there James, you not only as a rider but as a person are somebody that I myself loo up to. You stay positive and have a crazy drive and passion to do what you enjoy. Good luck with this season, relax and train and it'll come. Smash it!!

Furious-Styles (Jan 27, 2017 at 13:28)
Ah now that was good wee well written informative insight into racing and life. Once the racing is over journalism awaits. Long may the racing live.

Charon013 (Jan 28, 2017 at 0:54)
Nice insight into the not-so-easy life of a passionate and fully committed racer. James is an all-around nice guy and a very good racer, and as such an excellent ambassador for mountain biking and for his sponsors. He lives what many of us don't have the courage (and talent) to try. Best of luck in the coming season, James! I look forward to seeing you succeed!

trickywu04 (Jan 29, 2017 at 9:11)
I can second James's love for Livignio. We went there last summer and is e very cool spot. The runs might not be gnarly and tech but they are damn flowy and have some of the biggest berms that seem to go on forever. It is an absolute mare to get to by vehicle but so worth it!

flatwhite (Jan 28, 2017 at 0:42)
Fantastic write up! Might have to check this Livigno place out... I hear there is a great local restaurant with sizable steaks and endless Grappa