James Shirley - The Life of a Pro 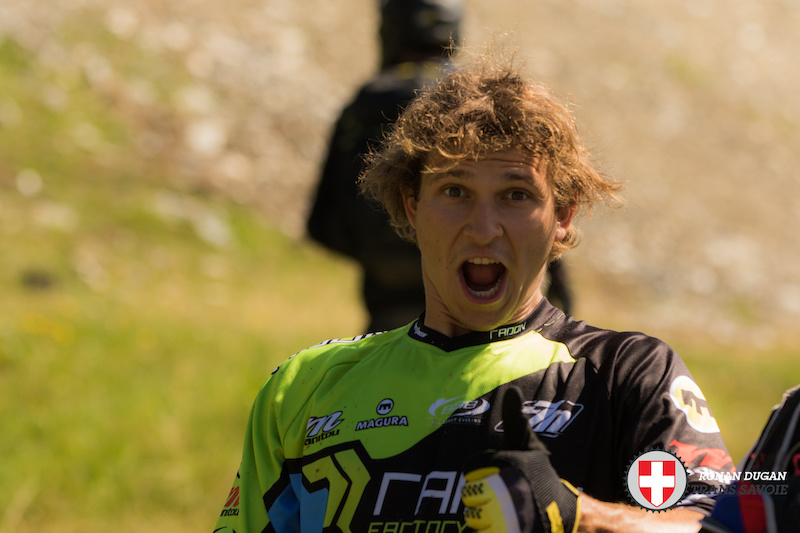 I am James Shirley - a professional enduro mountain bike rider for the Radon Factory Racing team. Here is my story...

I grew up on a croft (small farm) in a little place 12 miles outside of Fort William in the Scottish Highlands. My first real passion was for Lego. Once I became bigger and more co-ordinated my aspirations tended away from hardcore building and destruction towards the direction of sport. My big brother, Gavin is also a sports fanatic and there is a healthy competition between us. However, with a three and a half year age gap it meant I had to play hard or go home. Our father used to be a rally driver and he is also a passionate cyclist so he is to thank for getting us on two wheels in the first place. I started doing national cross country events when I was 11 but, like most young kids, I only wanted to go up to go down. I therefore began looking at downhill style bikes but that wasn’t allowed because they were ‘too expensive’ and the sport was ‘too dangerous’. However, my mother’s open minded and sympathetic nature gave me the confidence to chase my dreams... When I was 15 I had gained some financial independence. I was doing part time work in the local bike shop and the manager, Foss, offered me a healthy discount on a brand new Specialized Big Hit (which came as standard with a 26” front wheel and a 24” rear wheel - how times have changed). From then on I was doing laps of the gondola and going to the Scottish Downhill Association (SDA) races with my friends, Joe and Richard, who were already on the scene. 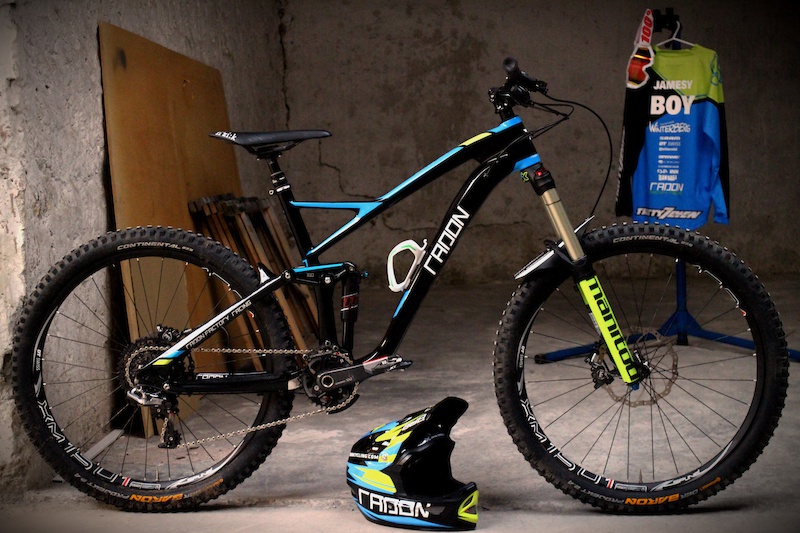 After school, when I was 17, I set off on an adventure with Joe to race the New Zealand National Downhill Series. We bought a crappy old Toyota HiAce van that burnt nearly as much oil as it did diesel and trucked round the North and the South islands. After an exciting year it was time for life to get serious so I went to the University of Strathclyde in Glasgow to study a Masters in Mechanical Engineering. I was still training hard in the winter and racing cross country and downhill in the summer. As well as this, the No Fuss events were always on the calendar and so was the Megavalanche. For me at that time I thought it was the perfect race. It requires such a great combination of skill and fitness with the added excitement of mass start racing and speeds on the glacier of over 100km/h! 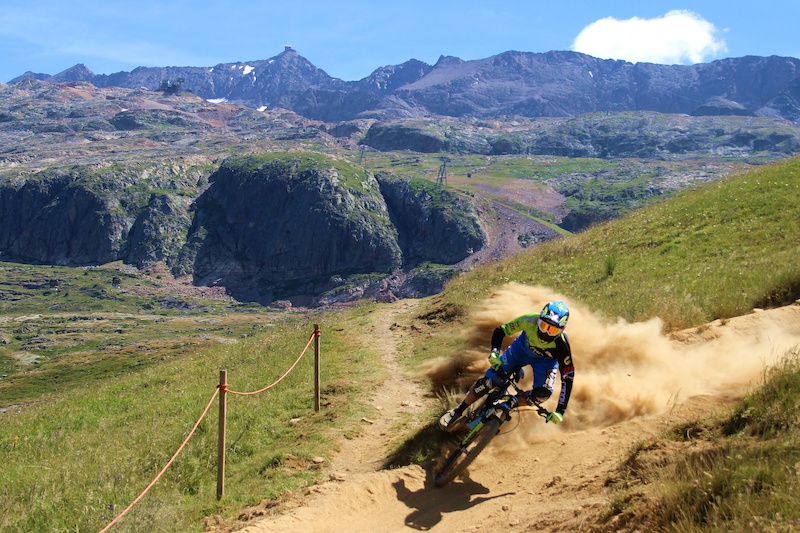 The year after my graduation was the first year of the Enduro World Series (EWS). In that year I spent just about all of my money doing as many races as I could in Europe whilst travelling and living in my van on a proper shoe string budget. In between races I would try and top up my funds by doing whatever was on offer; trail building, grass cutting, bike shop work and bike guiding/coaching. I even did a two week contract in China between races to rake in some extra money. 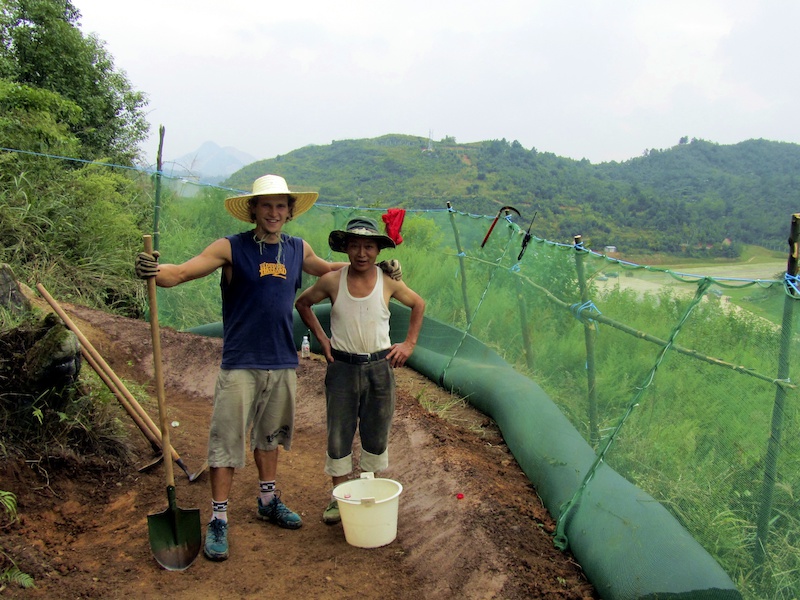 I had some good results that year and I also made a lot of new friends - one of them being the Kiwi legend that is Jamie Nicoll. Jamie was also on a tight budget and he didn’t even have the use of his own vehicle. He would use public transport or blag a lift to the races and sleep in his tent. These extra challenges didn’t hold him back though - he kicked ass. What a character. One of the best things about him is that he genuinely says what he thinks and does what he wants. This may cause offence on the odd occasion but honesty is a great quality to have. Jamie is a free spirit but he couldn’t afford to ride for free for much longer and neither could I. 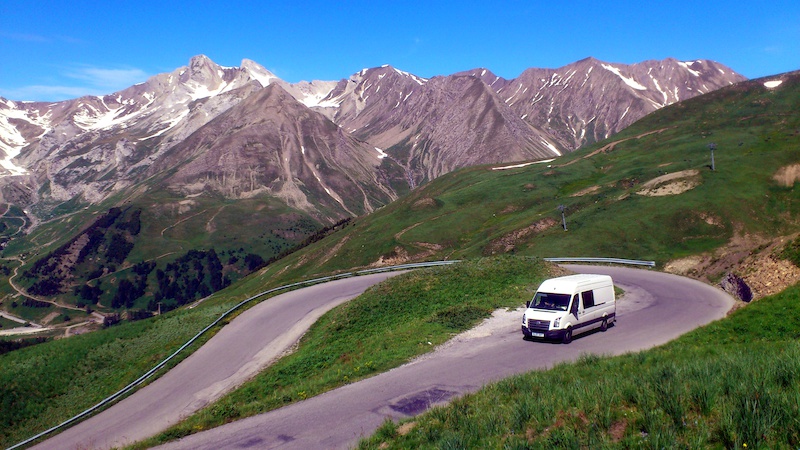 We teamed up in my van and set off for Eurobike in search of a solution. Jamie had gained a lot of contacts that summer and he introduced me to various companies including the German bike manufacturer Radon. Oliver Fuhrmann was the team manager for their Factory Enduro Team at the time and he signed me up. I had some negotiations to make and a few different offers to choose from so it wasn’t as simple as it sounds. For example, Canyon wanted to keep the Dudes of Hazzard on the same brand which would have been really cool but in the end I decided I would be better off to be sponsored for whom I was as a rider rather than whom my friends were. I think it has worked out well for everyone. However, the 2014 season was a bit more stressful than I had hoped for - there was a big delay with contracts and bikes and my schedule was really busy (19 races in total - partly my own making) with lots of new venues on the calendar. Despite the extra pressure I had some great experiences and I’m really satisfied with my 3rd place finish in the European Enduro Series. 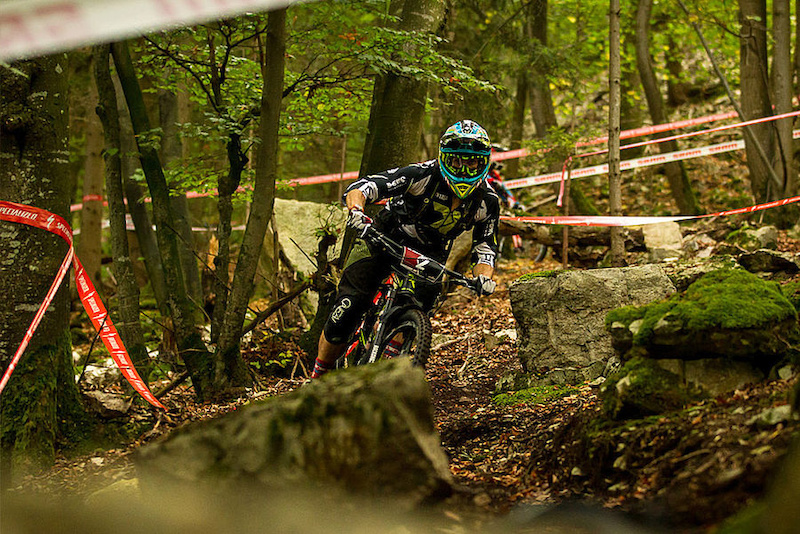 It’s interesting because I don’t feel as though much changed between the 2013 and 2014 seasons. I still lived the hobo lifestyle in my van. In fact, I was even more of a gypsy than I was before. I had so many races that there wasn’t a long enough gap to justify travelling home. Hence, my new favourite hashtag - #ProPikey. 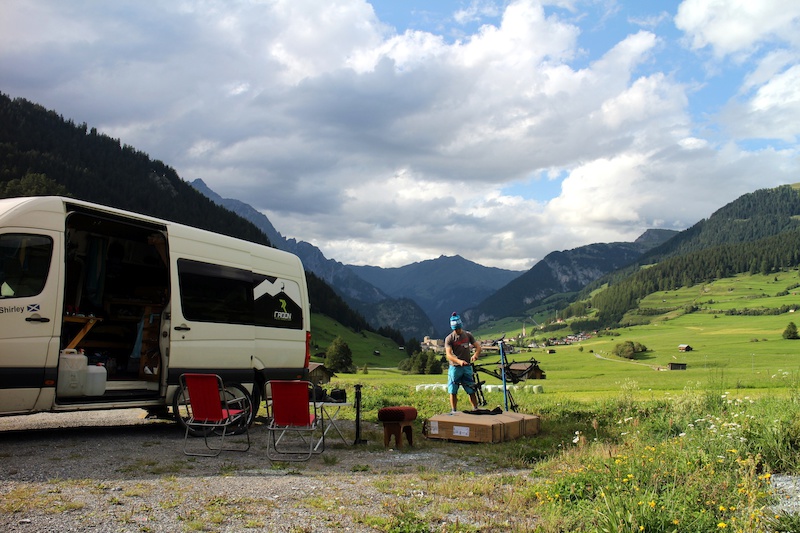 One significant difference was that I no longer had to panic when the van needed more fuel and, every so often, I would go out and treat myself to dinner. It's great not having to worry about money so much but, at the same time, I know that if I was to use my degree then I could earn substantially more. This was a recurring conflict I use to have in my mind. I think the seed was planted there by older ‘wiser’ folk who would continually ask when I would be getting a ‘real job’. One thing which I’m sure is true is that I would be very happy to have my own property one day and this goal would be a lot more achievable as an engineer. However, I wouldn’t have the time to enjoy it because I know that if I was part of the ‘real world’ then I’d still want to escape and go racing. For a long time I was also guilty for having a compulsive necessity to feel ‘useful’. Again, I think that attitude was an off-shoot from the aforementioned mislaid seed. If someone was to ask me what I had done that day then I would feel guilty if all I said was that I rode my bike. However, the world has many problems. I have come to realise that even if I did have a ‘real job’ in the ‘real world’ then I’d probably be doing more harm than good anyway. Business is driven by money - not by what’s right and wrong. It could be said that the same applies for me because, for the moment, I am a business too. If, one day, I can think of a genius plan to make the world a better place then I’d do it straight away but until then I am perfectly happy doing what I do now. I take satisfaction from my own personal achievements but I also like to think that if I can capture someone’s imagination and inspire them to become a fitter, healthier and happier person then my job has been a success. 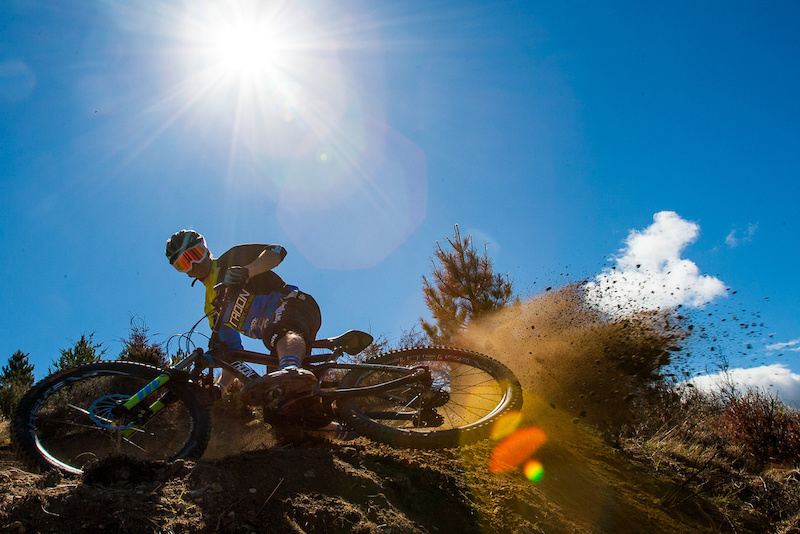 er043 (Dec 4, 2015 at 4:35)
Great article, and well written too. The struggle between the ‘real world’ and ‘being a big kid’ are sentiments which I think many of us share. Hat’s off to you for doing your own thing and making it work.

timmeh2k (Dec 4, 2015 at 6:28)
Being happy is way more important than money. Most of us have to work so that we can afford to fix our bikes and keep riding!!

number-6 (Dec 5, 2015 at 10:07)
Having spent twenty five years doing a job that stopped me having a social life because of early starts and compulsory weekend working, if you can afford to enjoy/afford a happy life without those shackles, go ahead and do it. Well Done Jamesy, a well written article.
Nice grammar too

westcoastmassive (Dec 5, 2015 at 13:04)
A very honest insight into the life of a lifer. Every one of us could ditch what we do and go and live out of a van and ride bikes every day, but weve become conditioned by society to think that we can`t. We`re definitely the ones who are missing out, if I were you I`d cling onto the life you`ve got!

inchhighj (Dec 6, 2015 at 2:16)
I first met you as a junior when I was spectating in the gondola at Ft Bill nearly ten years ago, and you inspired me even, as an older man to get into the sport after a good chat and some healthy tips, never looked back Jamesy boy!