Video: KHS Pro MTB Team Take on the US Open

Wow, where to begin the whole team was literally racing all over the world from Killington Vermont to Crans Montana, Switzerland. All the way over the Atlantic Ocean would be Nik Nestoroff holding it down for the world Enduro series for the second to last EWS of the season. A brief quick summary he would continue a success on the world tour with Saturday and Sunday firing off with racing stages. The first day would feature the pro stage which was over six minutes of racing in snowcapped conditions. Yes, you heard that right, the Switzerland alps are already getting snow and it would be tough conditions for Nik Nestoroff who would end up 41st in his pro stage and moving on to the next day Sunday for his next final stages. Nik would fight through the day and end up top 50 overall in the Swiss Alps. He would overcome some mechanicals and have an overall steady finish. 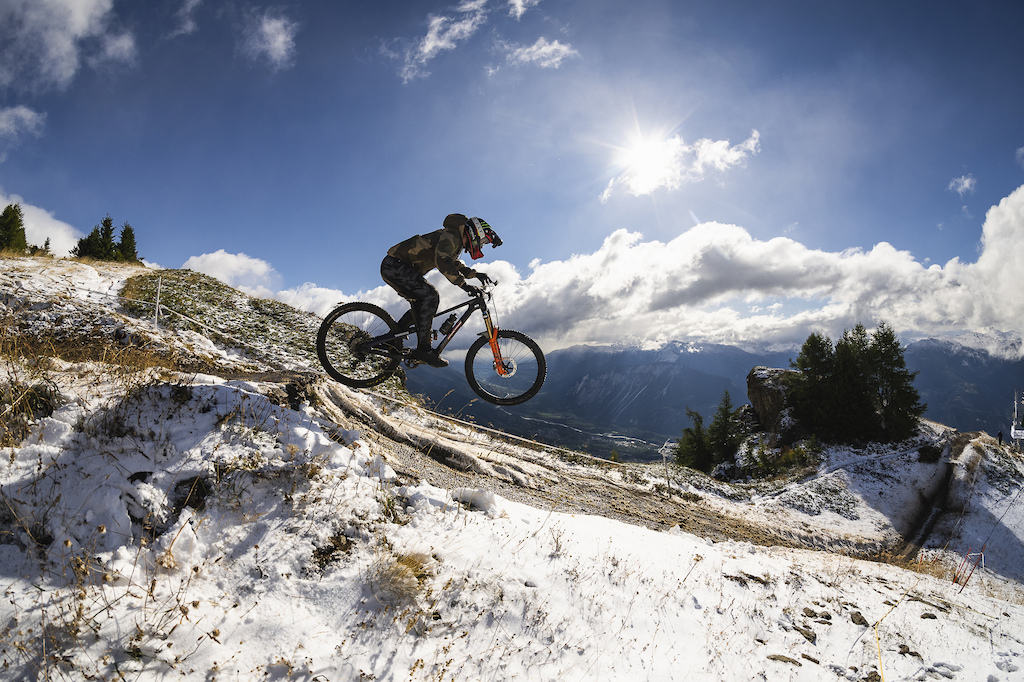 Back on the soil in Killington, Vermont it would be Kailey Skelton, Nathan Kitchen, Steven Walton holding it down for the U.S. Open Mountain bike event which was the final event on USA soil. This event was mega and would bring athletes all across the world! With a massive prize purse for each event showcasing $15,000 for the winner people would gather to try their best to claim the big prize money! To fire off into the event it would be our junior pro Nate Kitchen holding down first place in dual slalom! Nathan Kitchen was fresh off his collarbone injury from US national championships and would make everyone proud for finishing on the top step of the podium after continuously rehabbing his collarbone and starting from ground zero back on the wood. 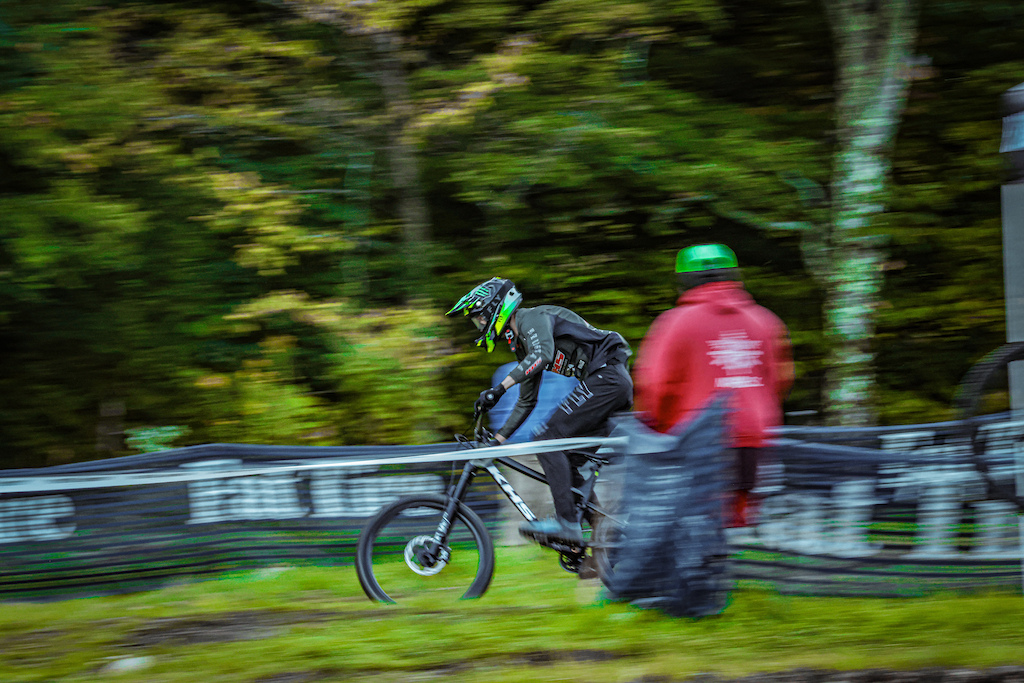 From there Nate, Steven and Kailey would be holding it down full-time in the Downhill professional and junior professional categories. Also, our superstar freeride athlete Luke Whitlock was also attending the U.S. Open for the whip off contest. Luke would have full attention Saturday night under the lights with a mega freestyle jump throwing down backflips, Supermans and obviously the best weapon. Luke is definitely an asset when it comes to our freeride side and it’s great to see him showing off his skill sets among the thousand fans scattered across the mountain side watching the whip off contests. 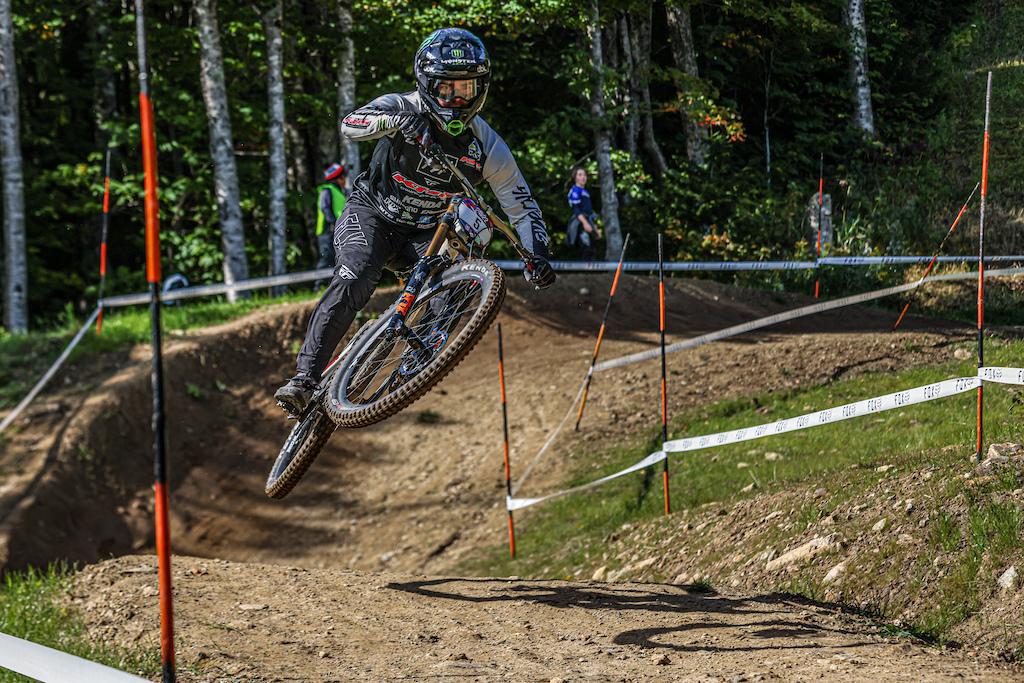 Back at it with the racing events held in Downhill, Kailey Skelton was on a long journey overcoming some health issues on the way out traveling over 3500 miles from California she was dedicated and showing great passion towards her career. She would have a long five days ahead of her with two practice days, a qualifying day and a final held Sunday she had a lot to overcome in the least to say, the team was very proud of her. For the two boys Steven Walton holding it down in the professional pro men’s downhill field and Nathan Kitchen holding it down in the junior pros field they were showing great speed and great qualifying times but just couldn’t put it together when it came down to the finals. Both of them would unfortunately crash out and end up top 25 in both of their categories. It was all up to Kailey Skelton to hold it down for the team in the racing categories, Kailey would push very hard and cross the line in fourth place against some of the best races in the world. Those racers would be Nina Hoffmann, Jill Kintner and the list goes on. Kailey did an excellent job finishing on the podium against the best international racers in the world. We are all very proud of her for throwing it all down for her final race of the season!! 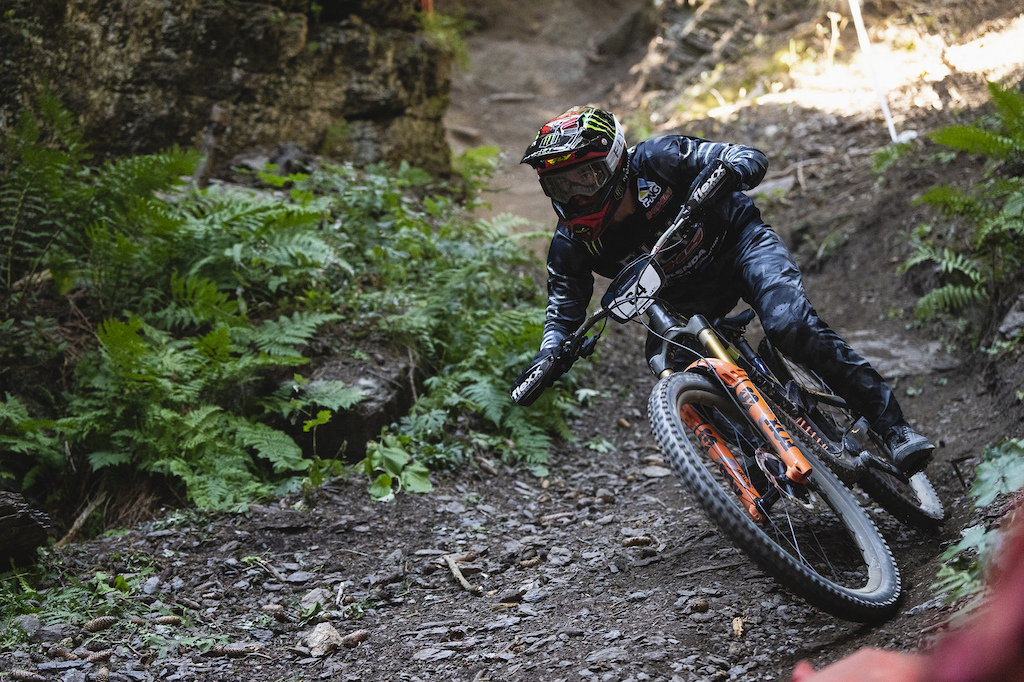 Nik Nestoroff will continue his Enduro campaign in European territory, heading off to the world Enduro series final which will be hosted in France, from there he is heading to the trophy of Nations. Some detail on that event is that he has qualified in the top three positions for all American racers to represent team USA at the highest level of Enduro racing. We are very excited to see what Nik can do on these last two events overseas and wish him the best of luck. 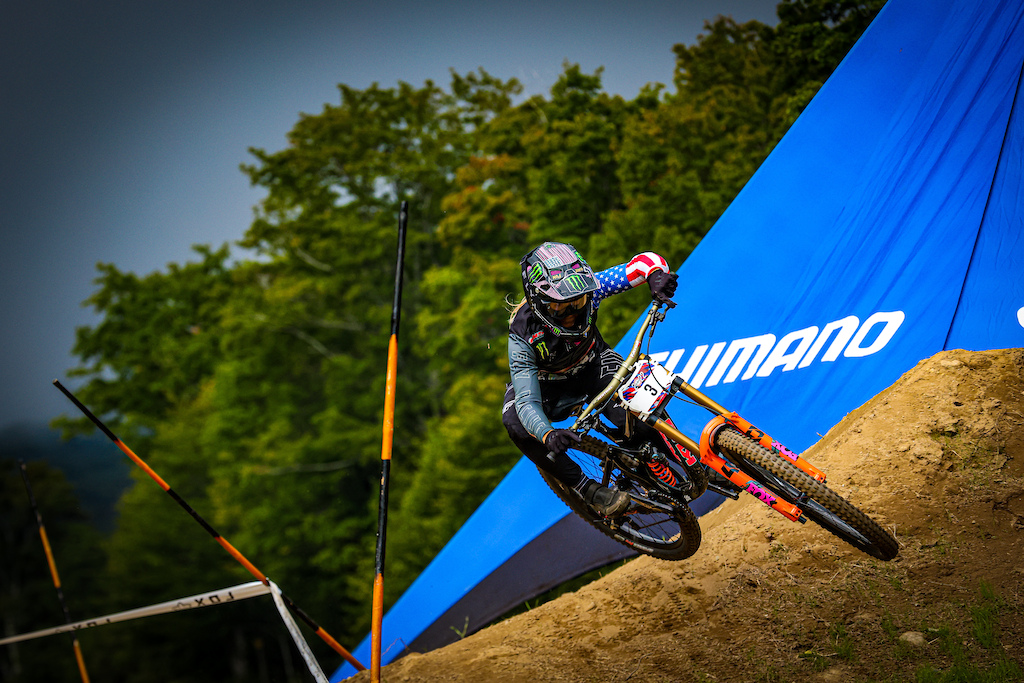 As always, the team is very dedicated, passionate and grateful to be racing mountain bikes across the world and showcasing each individual ‘s talents. We want to thank all of our continuous sponsors, family, friends, and all our fans that support us throughout the season who make all of our dreams come true. Till next time I’ll see you between the tape!

Mtn-Goat-13 (Sep 22, 2022 at 4:49)
Sounds like Holding it Down is the new KHS power-phrase. Prob should try some other phrases. And like @generictrailrider, Ive not seen one on the trail, ever. I'm sure these riders shred any of us PB Plebs but… where do ya even demo one of these?

Sscottt (Sep 22, 2022 at 7:05)
@bikerdre: You gotta applaud their team PR person as they keep Pinkbike very up to date on the team. Maybe this wizard of promotion should work with the actual bike company too.

Mtn-Goat-13 (Sep 22, 2022 at 7:21)
@MrShreddypants: Guess I'll have to head over & rent me a bucket...should be fine after season-long rentals. BS aside, I'm sure its a good frame, just ain't seeing any buzz about these. Would just be badass when demo days go again, esp for DH bikes but maybe those days are done.

“I’m sure these riders shred any of us PB plebs”…..yeah, you can say that again gaper.

I have a listing on Pinkbike too.

salespunk (Sep 22, 2022 at 10:59)
If I remember correctly KHS is owned by one of the major frame builders in Asia. The owner is very passionate about racing and allows the team to choose any manufacturer's bikes that they build. This is the reason you see some Kona bikes along with others repainted as KHS. They do treat their riders really well relative to other companies and allow them a lot of freedom. They are also a major distributor as well for other brands like Shimano, etc. Looking at the Wiki they build about 130,000 bikes per year in their factories. I could be thinking of another company, but pretty sure this is the backstory.

hellanorcal (Sep 22, 2022 at 8:17)
Jus' sayin: I know some riders who have affiliated themselves and vice versa with KHS, and KHS treated them really well. Not necessarily $$, but also support, props, respect, courtesy, and believe it or not promotion.

the-lorax (Sep 24, 2022 at 17:41)
KHS doesn't even have an Enduro bike on their website, and hasn't for years. If you click on it, it directs you to their archive page. I don't understand why they even bother keeping their DH/Enduro program going. THat's not even the bikes they sell these days

stumpjumper279 (Sep 22, 2022 at 9:09)
I’m still trying to figure out who’s frames the pro riders use. Niks bike looks like a process 165? It feels like playing the Pinkbike silhouettes game.

VersusTires (Sep 22, 2022 at 16:23)
Whether Nik, Kailey and Steven are riding production, pre-production or wrapped frames it's awesome that KHS is helping get them to so many races.

poleczechy (Sep 22, 2022 at 9:12)
For awhile the DH team was running Sessions that were debadged/wrapped, the Enduro squad was doing similar, someone was definitely on a Jekyll recently, but they all seem to be the same new frame now.

Boschinator (Sep 22, 2022 at 12:16)
I remember seeing the white Session KHS a year or two ago. At the USOpen one of them is running a Mondraker Summum with KHS on the downtube, makes a few appearances in the video above.

Take a peek at their website. No DH bike. Some crazy high top tubes on the enduro bikes.