Meganstuart1 edspratt's article
May 14, 2022 at 1:38
2 days
Doghammer Claims the Bike Graveler is the First 100% Vegan MTB Shoe
For 1 the shoes are absolutely sh*t looking and I’ll be lucky if I ever see someone riding with them on! Second thing is why so much hate for people that are vegans? It’s like people classify them as bad as trump supporters for doing something they want to do not you! I’m not a vegan either just can’t stand people that think about other peoples situations in live rather than concentrating on they’re own!

Meganstuart1 alicialeggett's article
May 5, 2022 at 9:24
May 5, 2022
Shaun Palmer's Truck, Motorcycle, & Mountain Bike Stolen & Truck Totaled in High Speed Chase
The guy makes nearly half a million a year and his mate is setting up a go fund page,crazy! 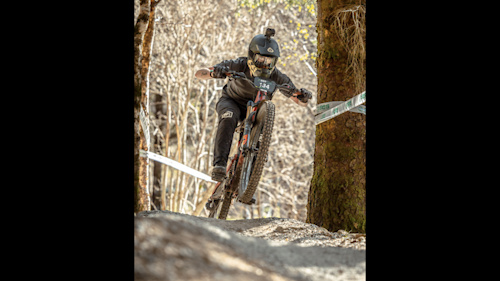 Meganstuart1 edspratt's article
Apr 26, 2022 at 11:09
Apr 26, 2022
Results: Isabeau Courdurier & Greg Callaghan Win Round 1 of the Scottish Enduro Series at Fort William
@betsie: I’m one off them 2 lol, I just got lucky! I’m gutted I never got a chance to watch the pro’s. I think after that ride he probably and hopefully will get some sort of help or ride!

Meganstuart1 edspratt's article
Apr 26, 2022 at 2:51
Apr 26, 2022
Results: Isabeau Courdurier & Greg Callaghan Win Round 1 of the Scottish Enduro Series at Fort William
What stage did he lose his chain! Did you do it yourself mate!

Meganstuart1 edspratt's article
Apr 25, 2022 at 7:44
Apr 25, 2022
Results: Isabeau Courdurier & Greg Callaghan Win Round 1 of the Scottish Enduro Series at Fort William
Yeah mate there was a big turn out of women it was good to see from all ages and kids!

Meganstuart1 jamessmurthwaite's article
Mar 28, 2022 at 13:36
Mar 28, 2022
Video: Amaury Pierron’s Winning POV from the Lourdes World Cup
I’m surprised Pierron doesn’t win more, with out doubt the fastest rider just bloody ridiculous speed and that’s on a POV when usually they look like your out for a cruise!