Feb 2, 2018 at 1:24
by Marc Brodesser
Share
Tweet
3 Comments
What does the new E-Bike ambassador from Colchester/UK think about the pinkbike users reaction after his coming out and what are his plans for his slopestyle career? Get inside the mind of the entertaining and positive thinking athlete in this interview from the german webzine and shop liquid-life! 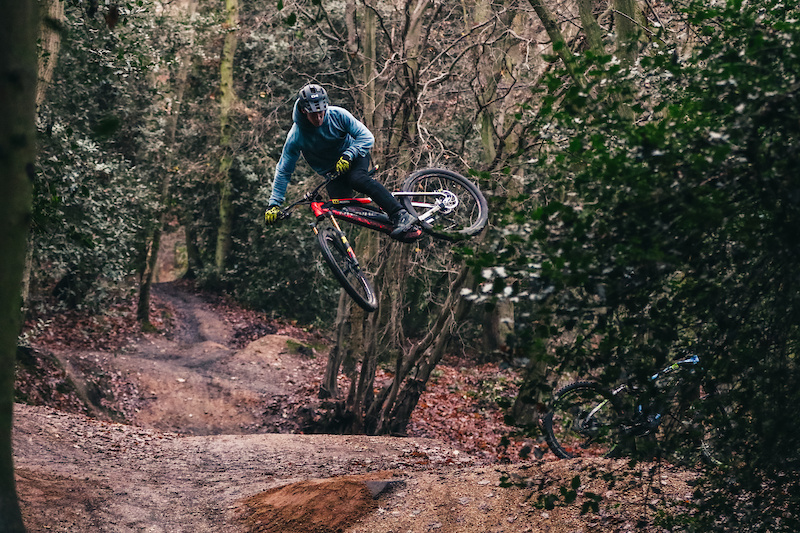 Hi Sam, cool to see you on your new fun machines! Your transfer to the german brand Haibike caused a lot of different reactions within the mtb scene. Did you expect the emotional postings by some of your fans, who were disappointed and how do you cope with this stuff?

Yeah the response was real good, most of my fans were happy and most of pinkbike were not. But I knew this would happen and i’m here to let people know that these bikes are awesome and that they are definitely not motorbikes! Its awesome to be able to change peoples minds on the subject!!

When did you first time really try out an e-mtb and how did your opinion about this trend change?

I’ve tried a few over the years and I like all things that are fun. I only really tried one out properly at the end of 2017 just after the meeting i had with HAIBIKE, from that day on I was hooked!

You becoming an ebike ambassador was pretty a surprise. What do your closest riding buddies think about your "senior machines"? Did you already made some of them change their thoughts abour EMTBs?

Non of the pro riders dislike them because we are all open minded, I think deep down everyone wants an e-bike!

Germany, UK, USA or Canada - the mtb scenes in the different countries seem to be quite different in their attitude regarding e-mountainbikes. How do see this and what do you expect for the future to change?

Europe and e-bikes go together perfectly because people actually know what things are before banning or hating them. It seems that across the pond the riders just need a bit of knowledge and then they wouldn’t hate e-bikes!

We already saw you doing big tricks on big jumps with your haibike xduro and playing around in the skatepark. These videos seem to be more like an inspiration to get the people thinking about the handling of this heavy machines in a new way. Why do you push the limits of riding ebikes, is it marketing or personal challenges?

Its just really fun and a new challenge for me! 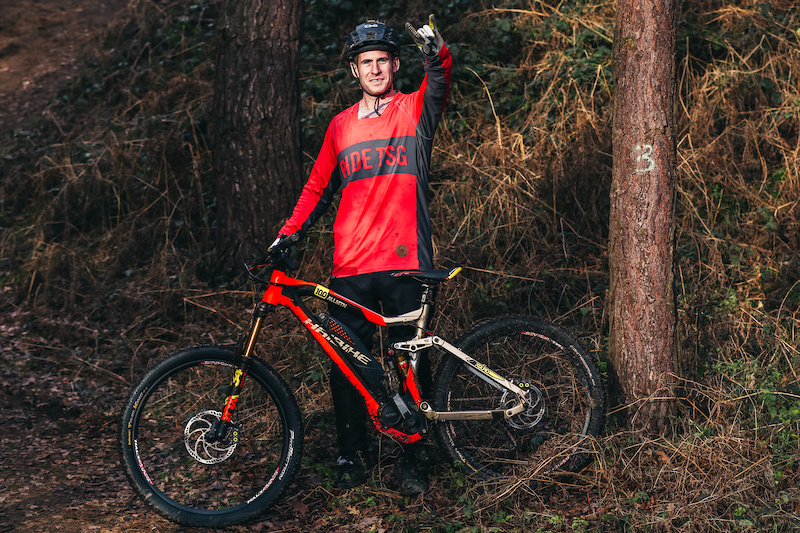 Which ebike machines from Haibike will you try and use in 2018?

E-Bikes are also part of race formats like the Enduro One series. Is this a format, which you would like to give a try?

What would you like to change about the modern e-mountainbikes? Where to you see potential of e-assisted mountainbikes?

It all super new to me and so far i think they are great as they are, maybe if they could get a little bit lighter and have longer battery life that could be cool!

Guido Tschugg won the Masters DH Worldchampionship on a "normal" downhill bike. Will you use one of these for NINE Knights or the downhill ebike from your new sponsor?

Yeah I will be getting some non bikes soon, just because riding a mixture of different bikes is fun!!

After a successful contest career you are big on youtube and it seems you enjoy the process of Filmmaking.Which projects can we expect from you in 2018?

You’ll have to wait and see, I don’t even know yet haha! 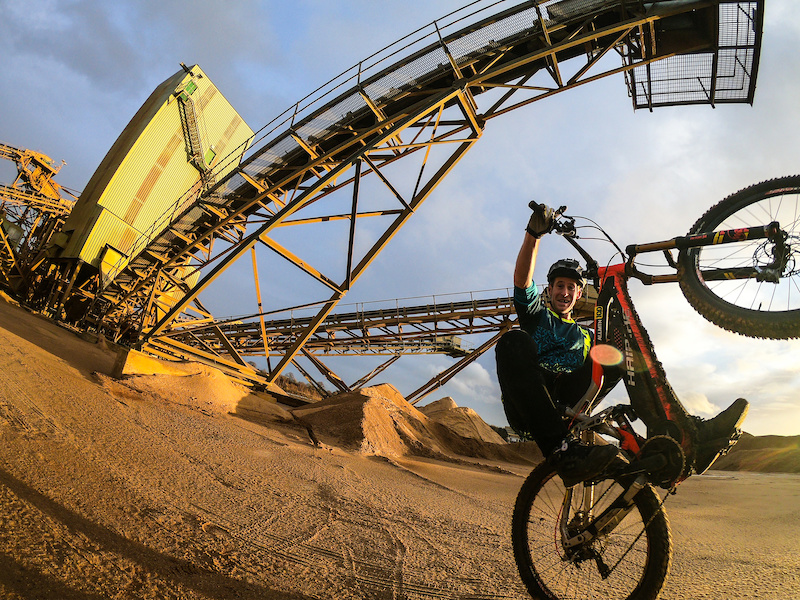 You did not officially retired from slopestyle contests in general, but you seem to let the young kids let them their space in this discipline. But you still do crazy combo tricks and progress. Will you take your haibike dirtbike prototype take to some contests and do you still have this hungry feeling for taking the win?

I will go to as many of the FMB events that I can, I still love contests and I’m going to set a goal of getting one podium this year!!!

Now riding for a german brand, do you plan to visit german highlights, like the iXs Dirtmasters Festival?

Yeah i’ll be at dirt masters for sure, I love this event!! And I will be at dealer days for haibike and hopefully FMB will have some german events!

Some ebike pro riders with a trials background love to search for uphill challenges and try some stuff on their E-MTB, which would be impossible on normal enduro bikes. Did you try some trialy uphill sections on your haibike?

Yeah this is one of my favourite things to do on the ebike. Its crazy how ebikes make the boring stuff like climbing fun!

We have an ebike uphill flow trail in bavaria. Would you love to have something like this in your locals parks to have more fun in the uphill back to the top?

Sounds like an awesome idea, I wanna check it out! 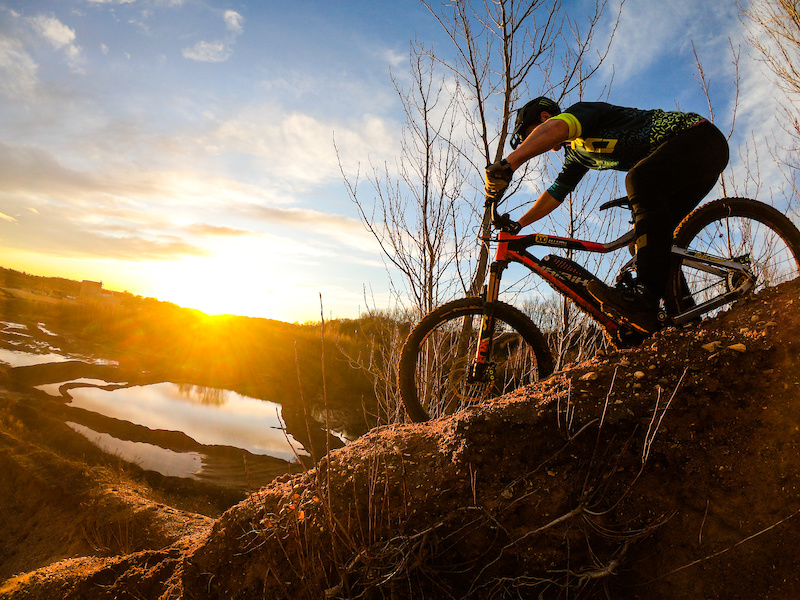 Rise of your bars on the dirtbike? 3inch

Width of your bars on the haibike xduro allmtn? Standard bars (740mm i think)

Which slopestyle / Freeride pro rider inspire you the most? Travis pastrana

Which Downhill pro riders are your favourites to watch on worldcup tracks? Brendan faircloth

Sam Pilgrim on the Red Bull Hardline course - having fun or trying to survive? Not interested haha

Which trick on dirt, which you didn't try till now, is on your dream list? cash roll

Thanks for the interview, see you in our home region at the iXs Dirt Masters Festival!