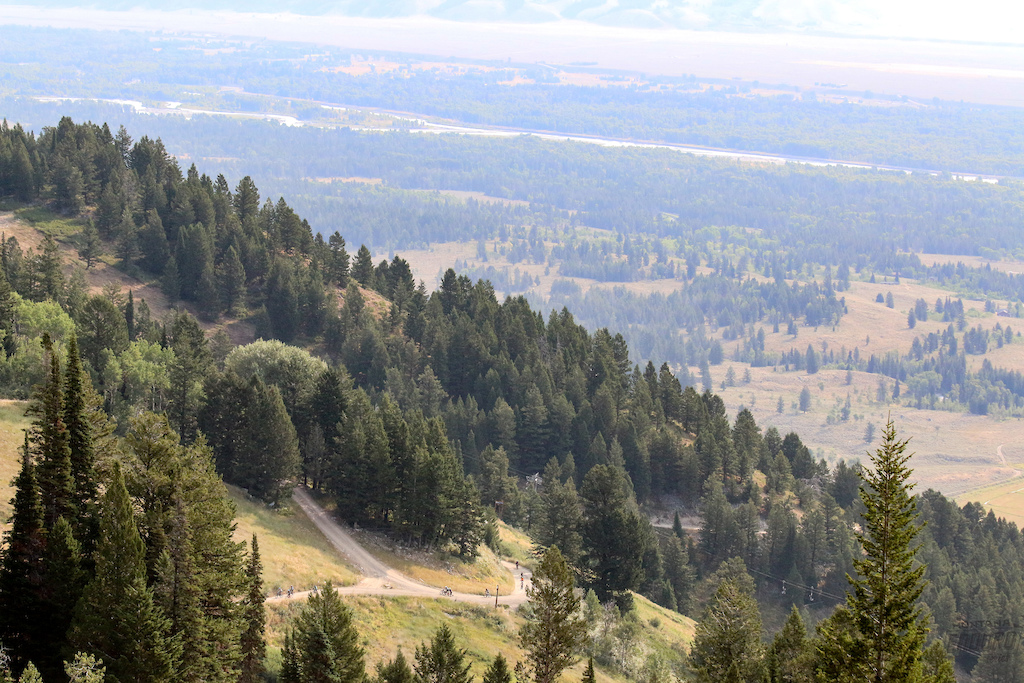 The Rendezvous Enduro
Montana Enduro Series Round 4
Words & Photography // Tony Zammit (IG @mes_tony)
Jackson Hole. A mountain that needs no introduction. Home to the most famous tram in the world, Jackson Hole's Rendezvous Mountain played host to the fourth round of the Montana Enduro Series. At the base, situated at a little under 6,400' above sea level, the day began for riders with the mandatory racer meeting and a spoken preview of what they had in store for the day. After stashing swag bags filled with goodies and a rundown of the rules, racers took to the mountain for a day of racing. Stage 1's transfer began with a quick ride up the bike park's Teewinot lift for a couple hundred feet of free elevation. However, waiting for them at the top of the lift was the rest of the transfer: North of 1,000' of steep service road climbing to reach the top of the Hoback Trail, nestled at just under 7,700' above sea level. 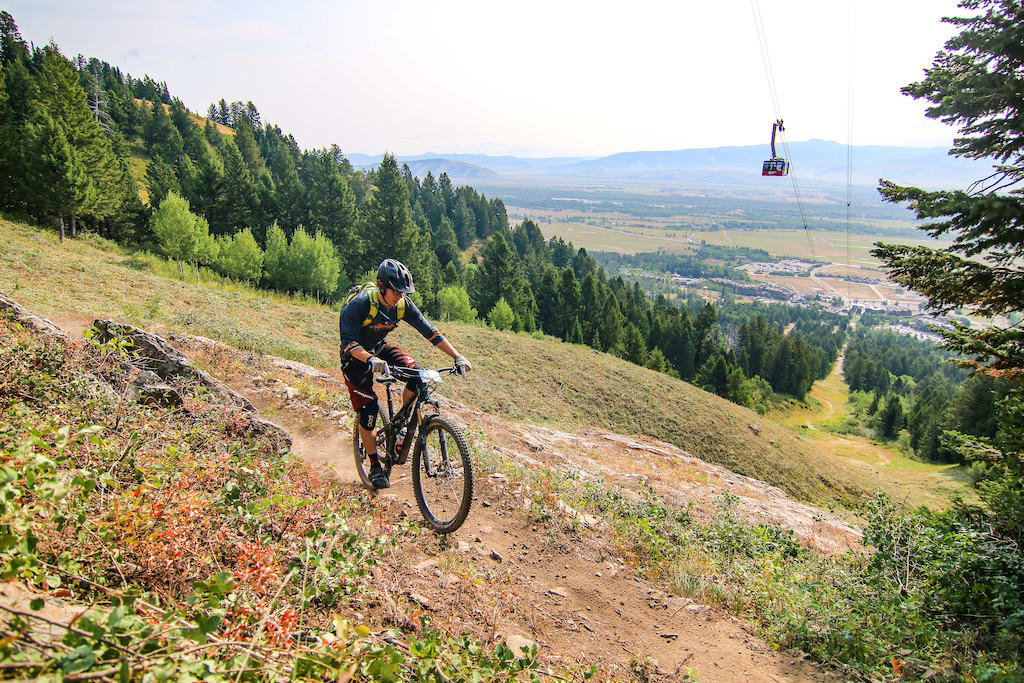 Elevation 7700' means you need to take 4 breaths to get the same amount of air as 3 breaths at sea level. Riders making their way up to that 7700' and the top of Stage 1. 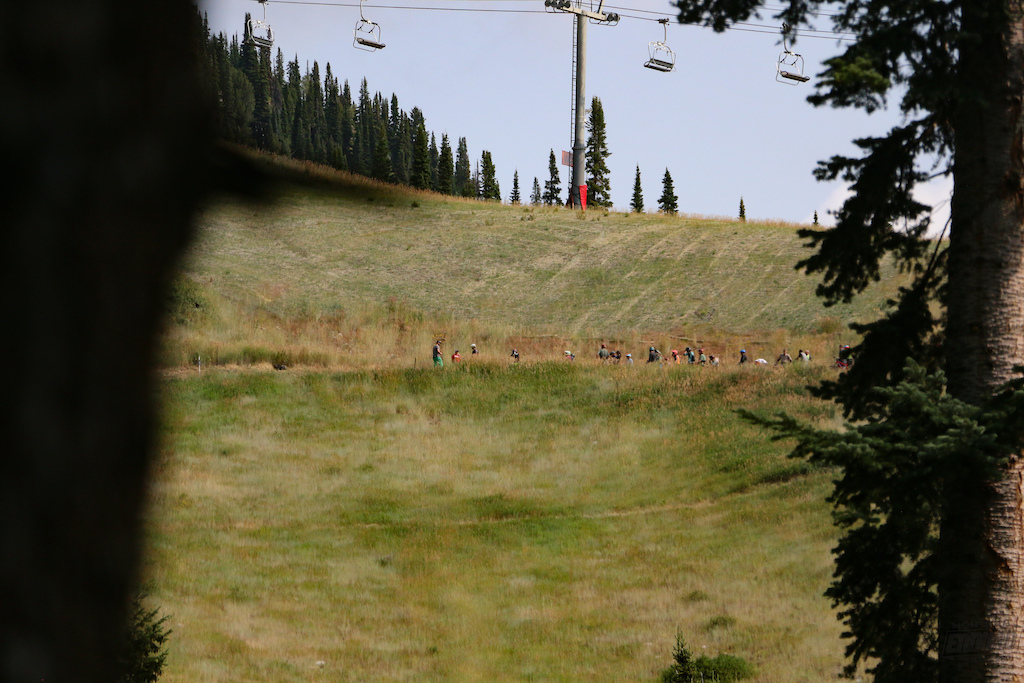 The racing began on Hoback. Although the mountain describes the trail as a cross-country trail, riding Hoback at race speed was anything but a jaunt in the park. Long, warp-speed straights, numerous rocky creeks, and an ever-steepening drop off of one side of the trail kept the racing interesting for the 12+ minute stage. 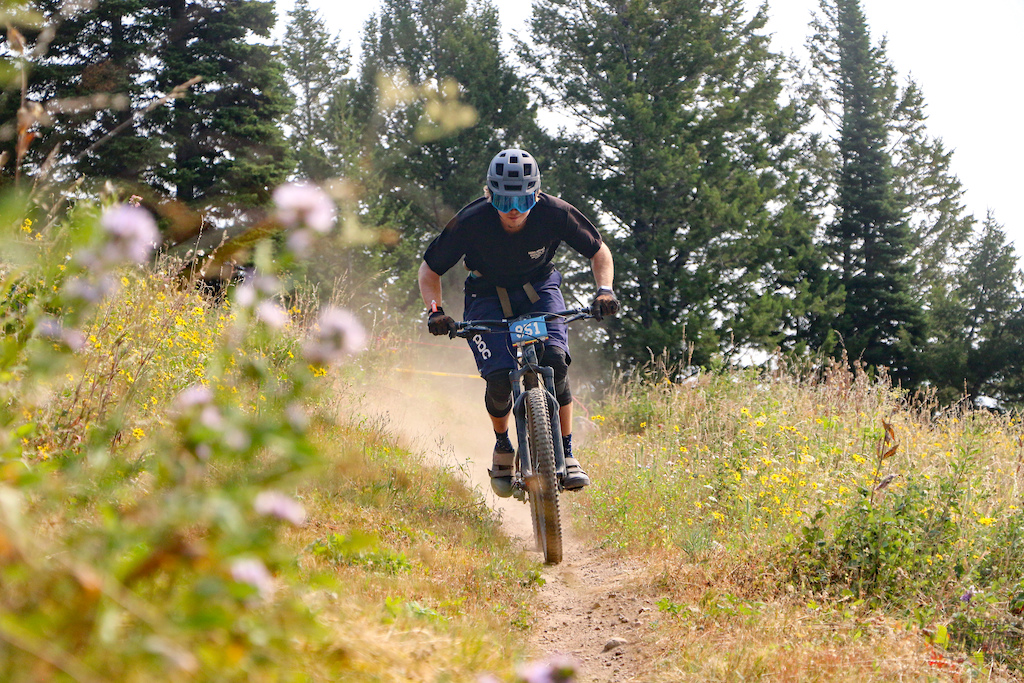 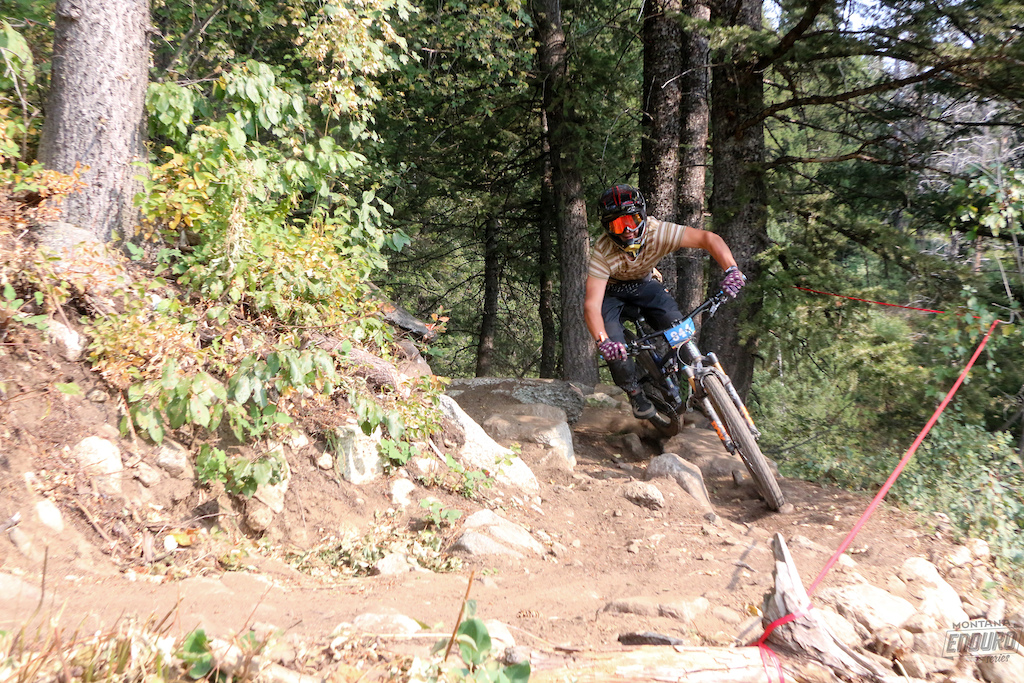 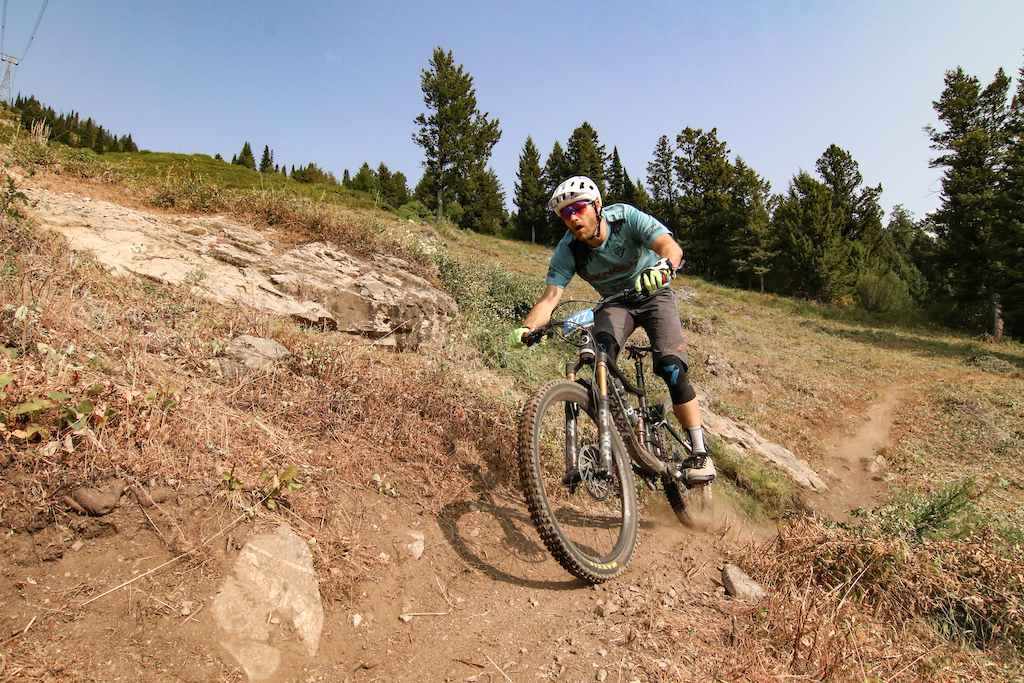 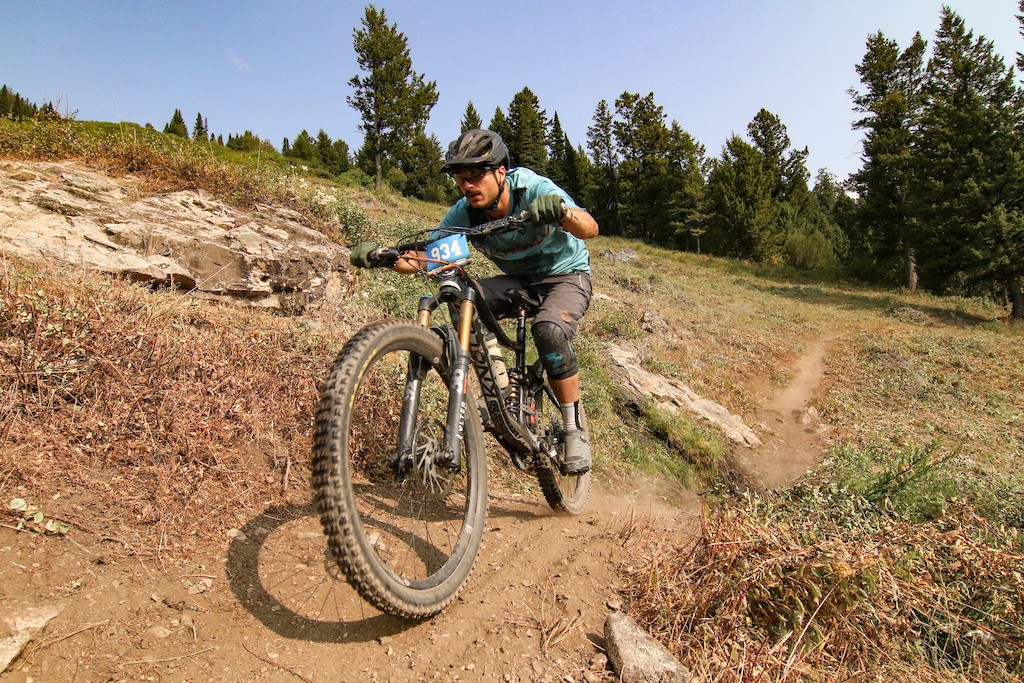 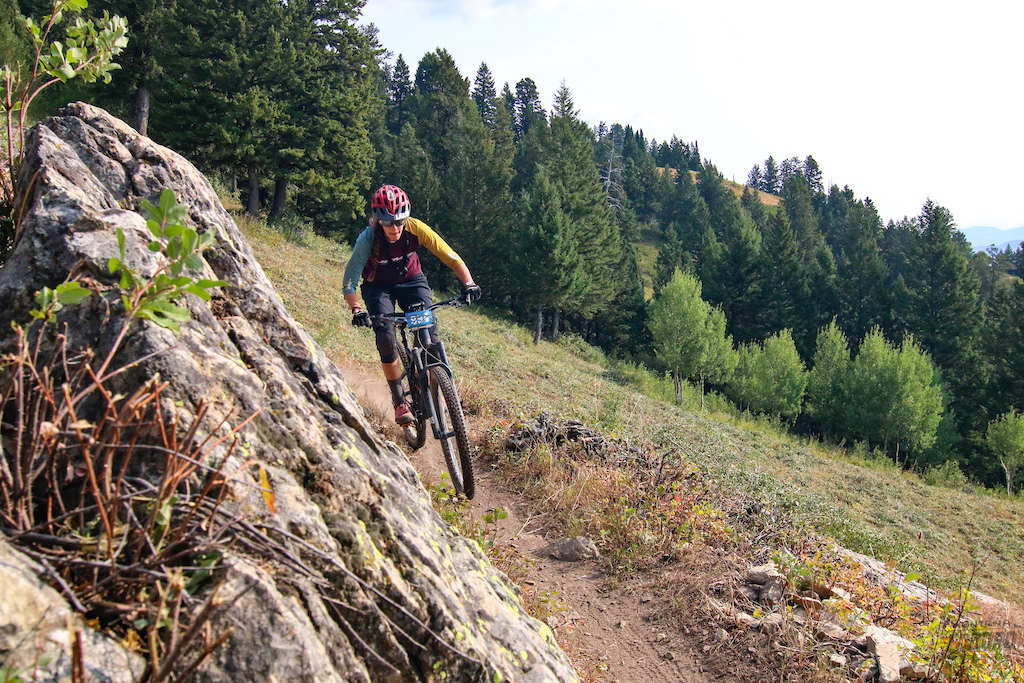 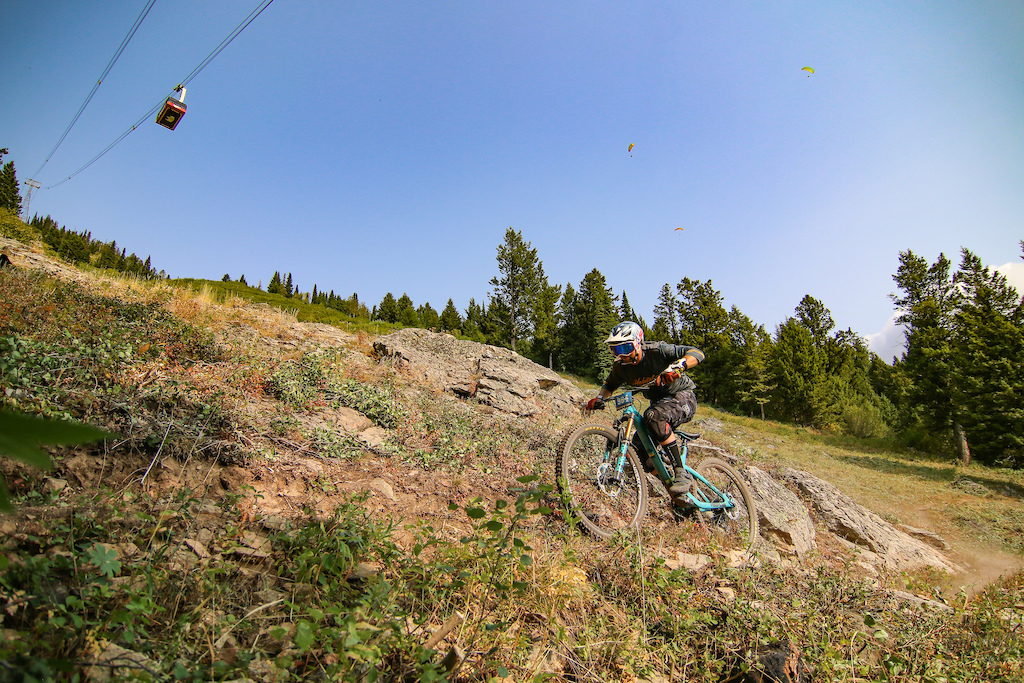 The transfer to Stage 2 had more than a few surprises in store for racers, including a couple of black bears that decided to dine on the huckleberries. After a short course hold, the bears went on their way and transferring continued to Stage 2.

Stage 2 was a lap down the Jackson Hole Bike Park run Bronco. Berms separated by rollers and the occasional wooden feature, Stage 2 favored those who spent a little extra time training at the pump track training. Roller, roller, berm, berm. Bronco snaked its way down to the base area under the Teewinot lift and finished above the true finish of the trail and deposited riders just above the base area where they made for the Teewinot lift to repeat the transfer to Stage 1, except with a right turn at the top instead of veering left.

After completing the steep service road transfer for the second time, racers departed onto Stage 3. The start to the stage, the new trail ‘Solitoga’ trail, was fast and a stark contrast to the narrow, technical Hoback that was Stage 1. Line choices existed and there was plenty of room for the elbows. However, after a couple minutes, things turned down. As in straight down the mountain. 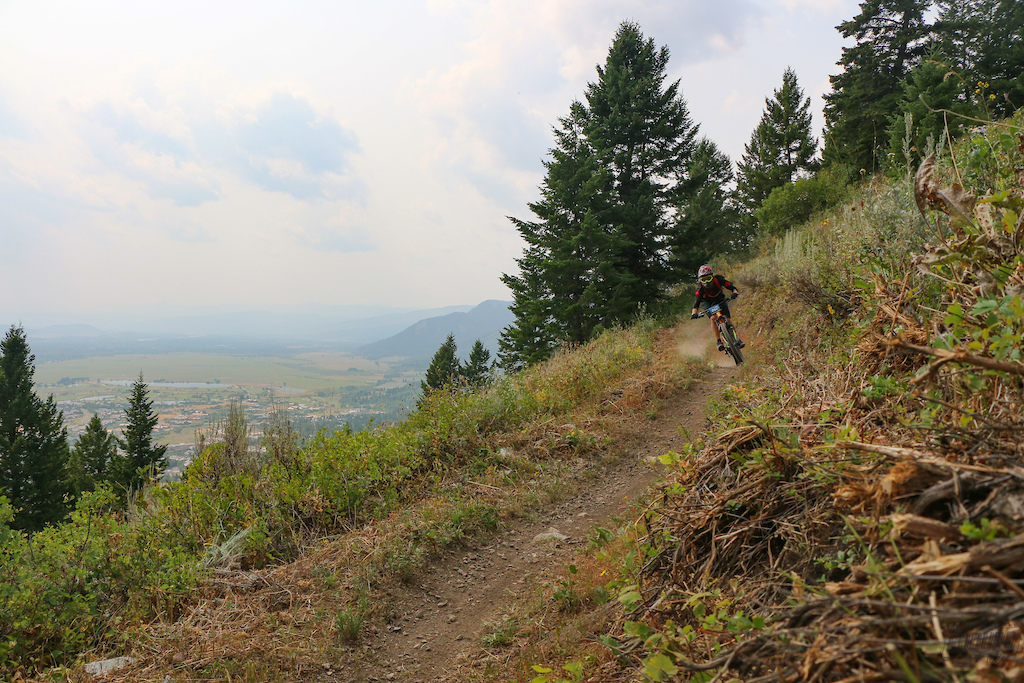 Ellie Dunn above and the valley floor below. 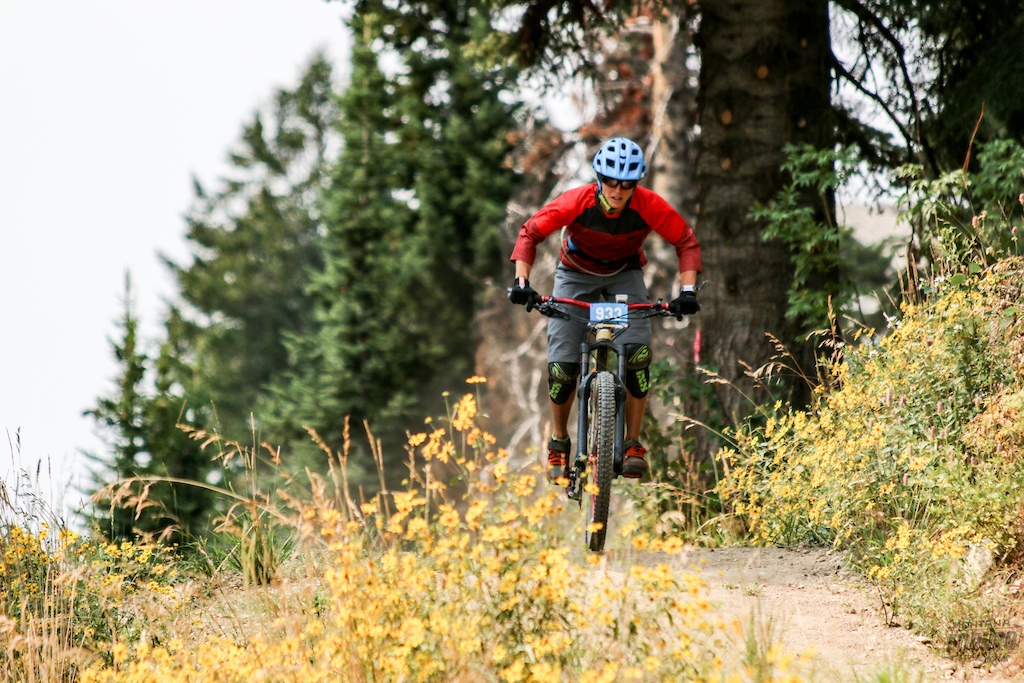 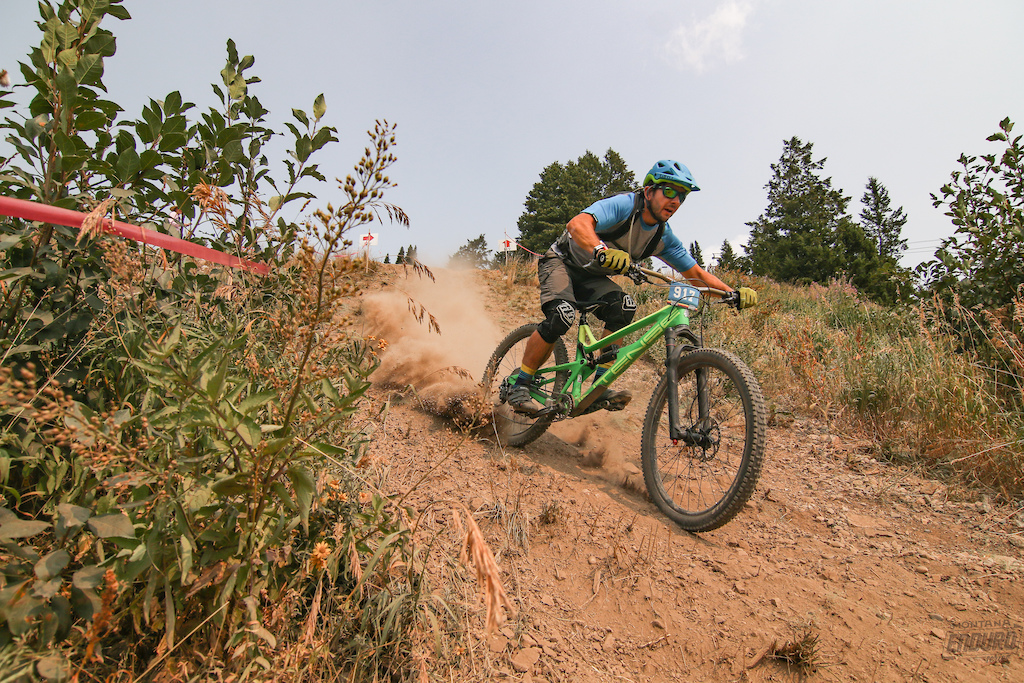 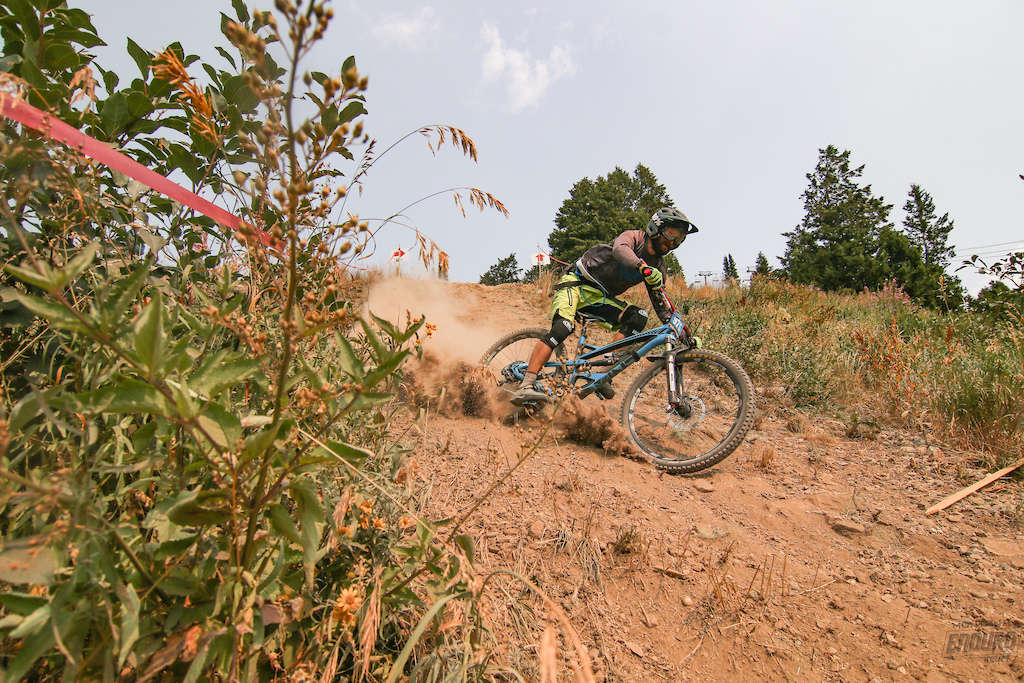 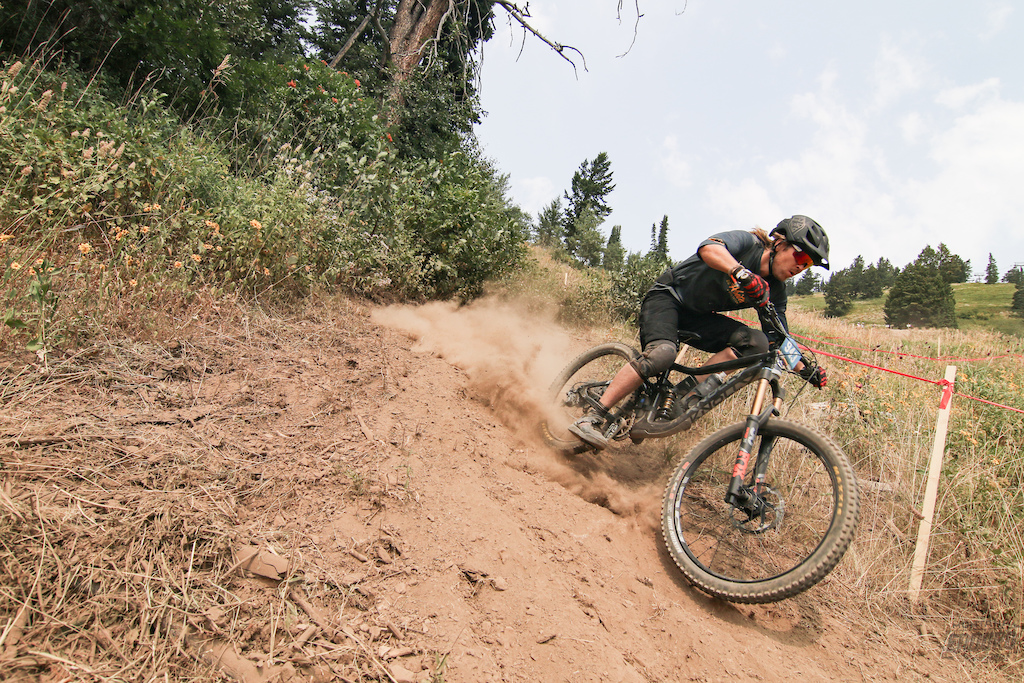 Nathan Kirschner making dirt fly. There was a bit of a theme on the steeps.

Racers drifted, skidded, and generally performed semi-controlled falls straight down Teewinot Run. Line choice was critical down the ski slope, but the side knobs of tires were soon given a reprieve when Teewinot Run to met up with singletrack again on Solitude trail. Solitude provided riders with a mix of rocks and roots before meeting up with the Saratoga trail. Saratoga condensed the entire day -save the ski run steeps- into a tight space, offering up tight berms, creek crossings, roots, and rocks. 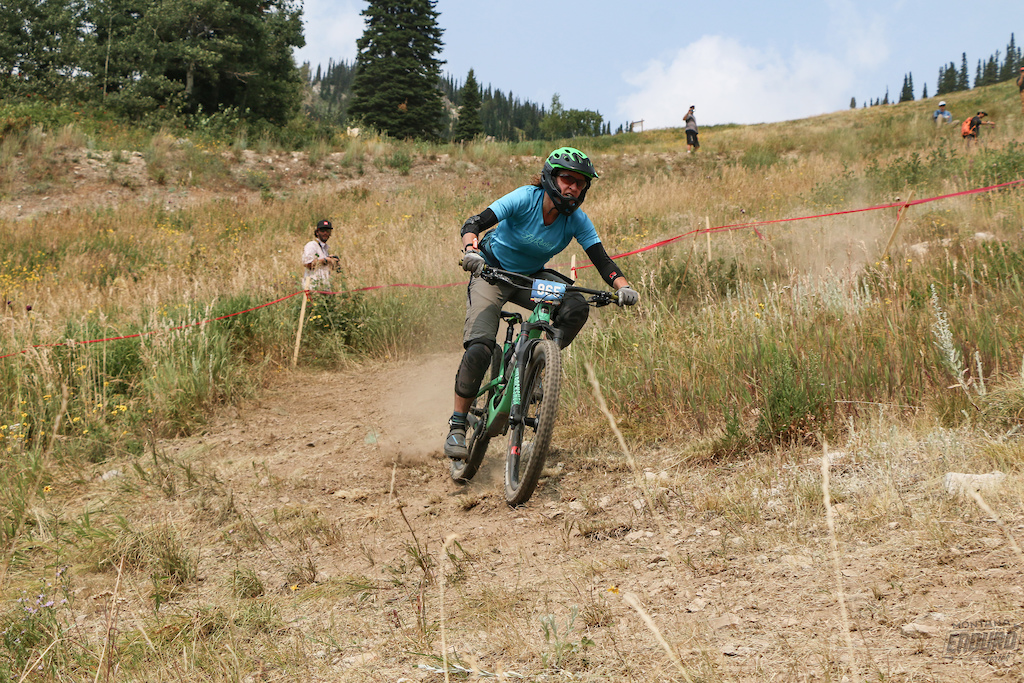 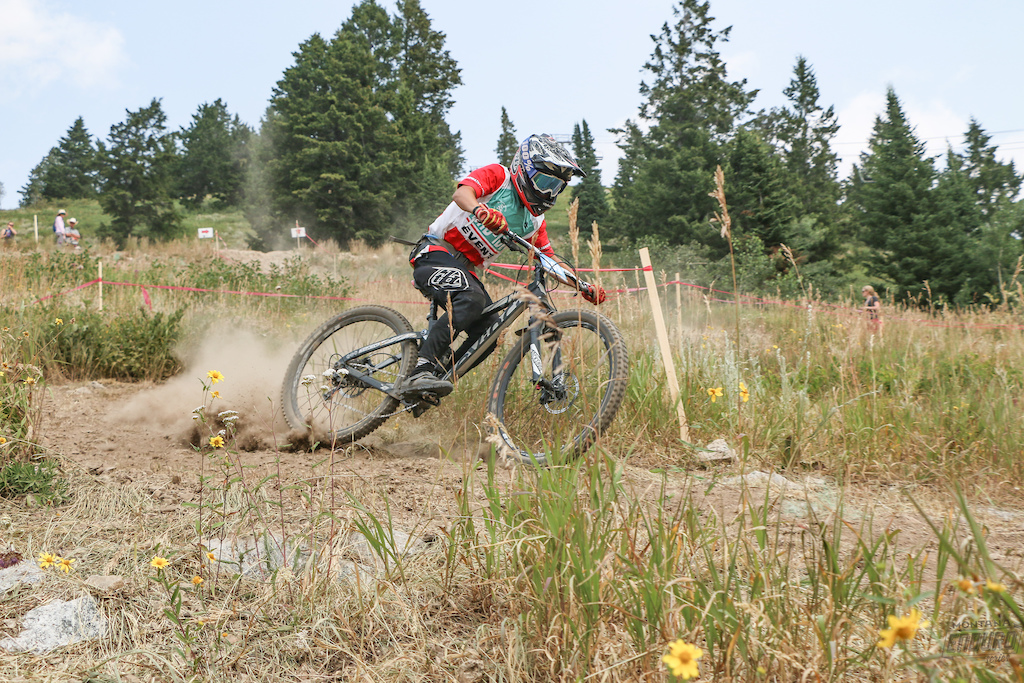 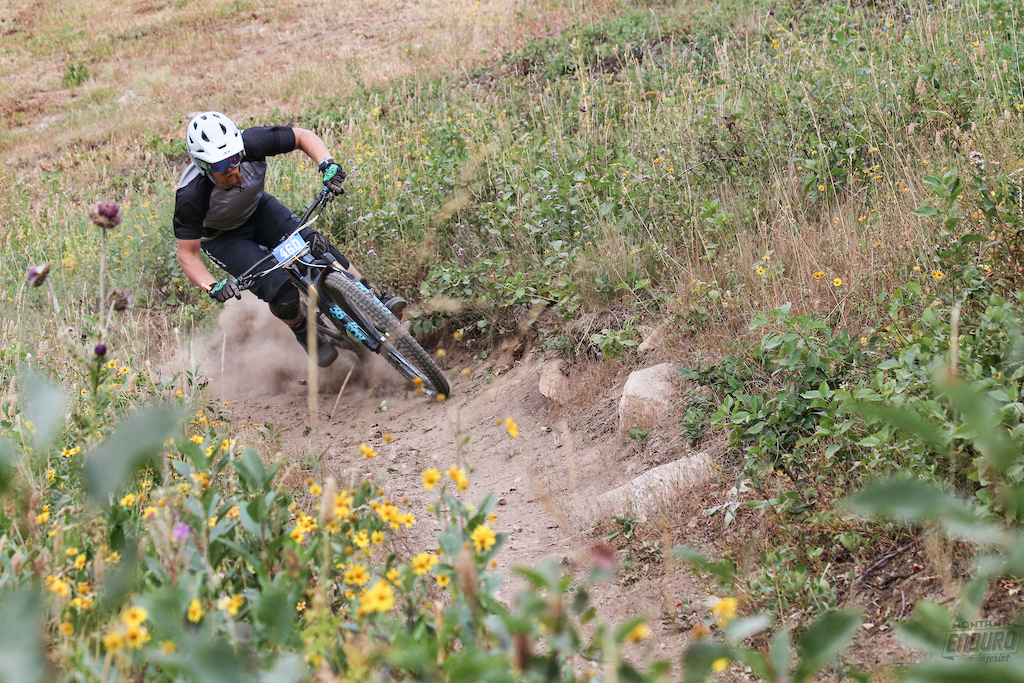 Andrew Wajer back on the singletrack on Stage 3. 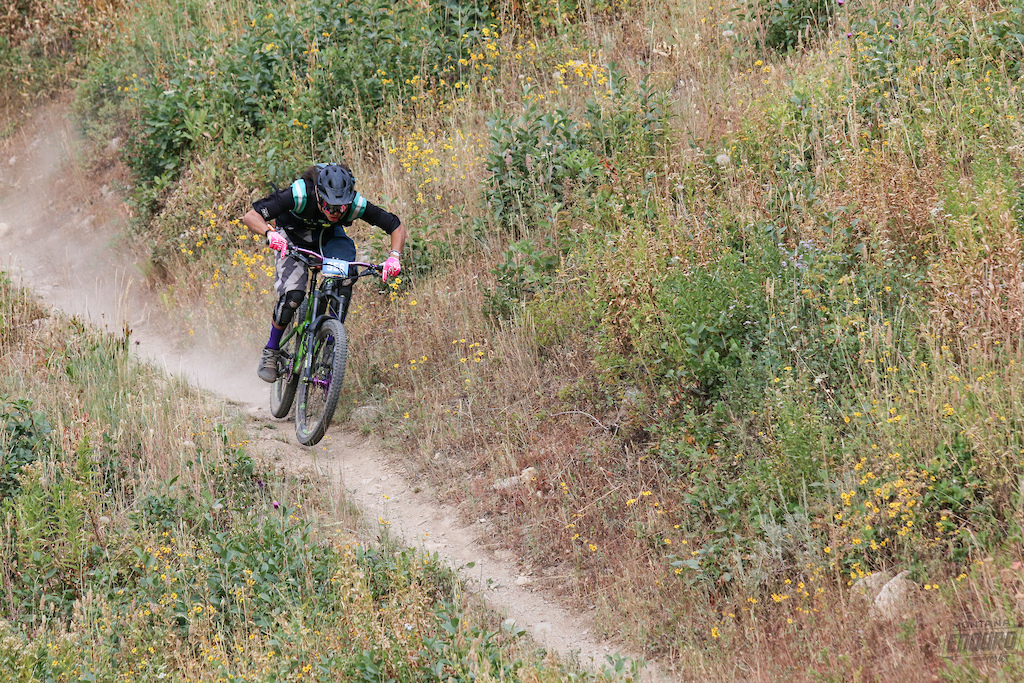 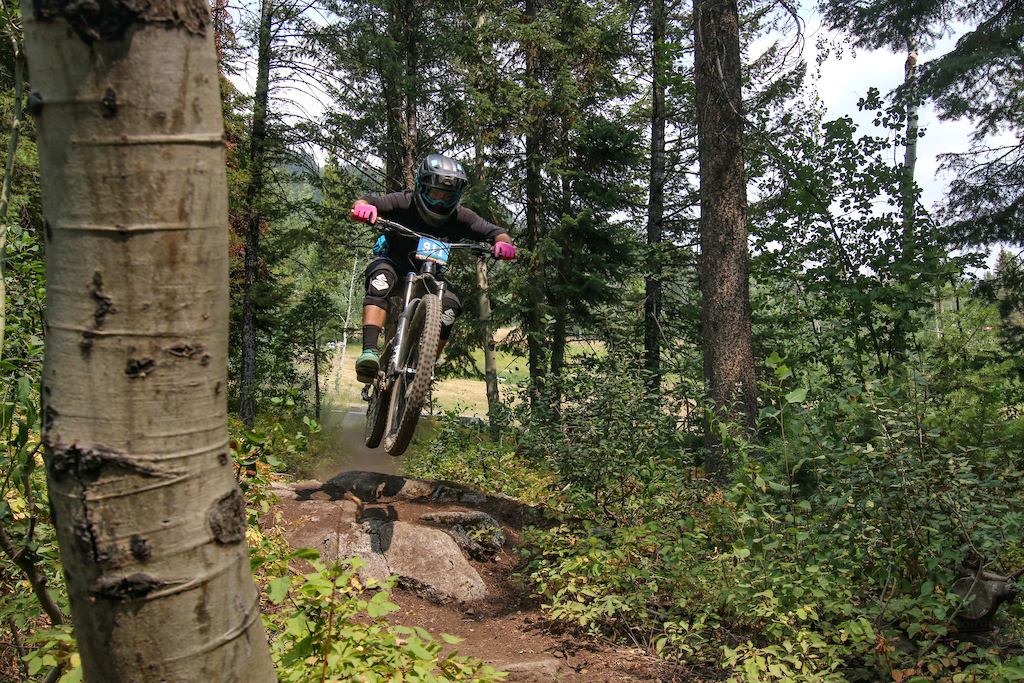 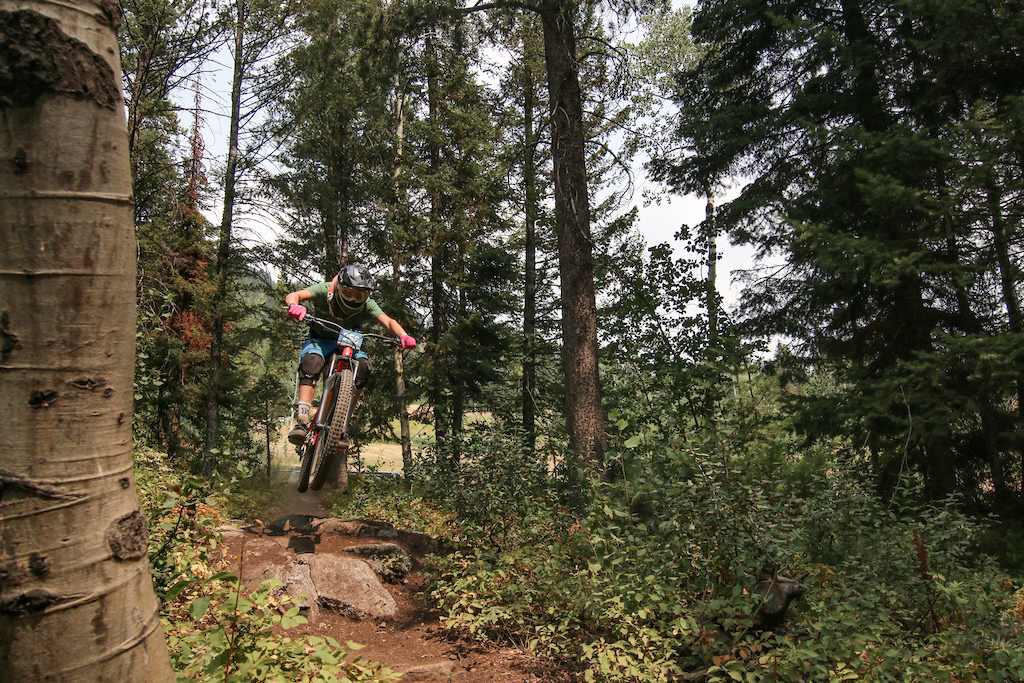 Connor Crookham and Jack Lovely showing off the pink glove line on Stage 3.

Racers were offered a reprieve from physical exertion at this point with a short, downhill transfer from the end of Stage 3 to the Teewinot Lift and a quick ride to the top of the Bike Park and the top of Stage 4.

However, racers were soon back at it with Stage 4 and a lap down Quickdraw to Bronco. Quickdraw begins with a couple of high-speed, buffed out berms before becoming a rugged, rock-strewn, technical descent through a tunnel of trees. Over was almost always faster than through, with riders able to shave precious seconds from their runs with good line choice. After emerging from the rocks and trees, the riders finished right back where they started the day at the base on the Teewinot Lift. 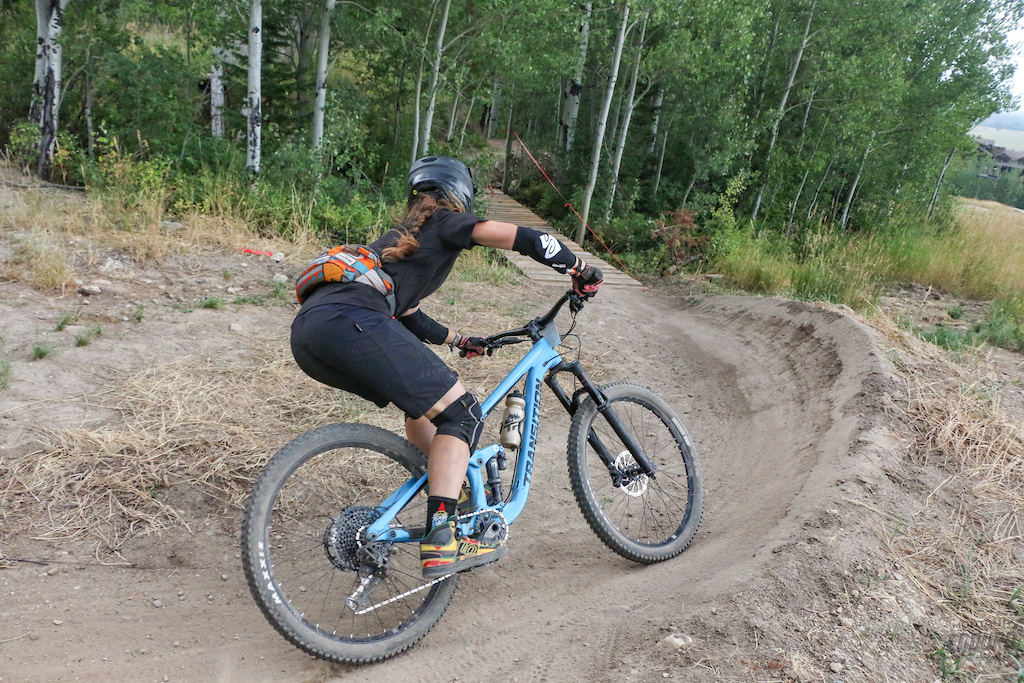 Expert Female Lila Scott on the final part of Stage 4. 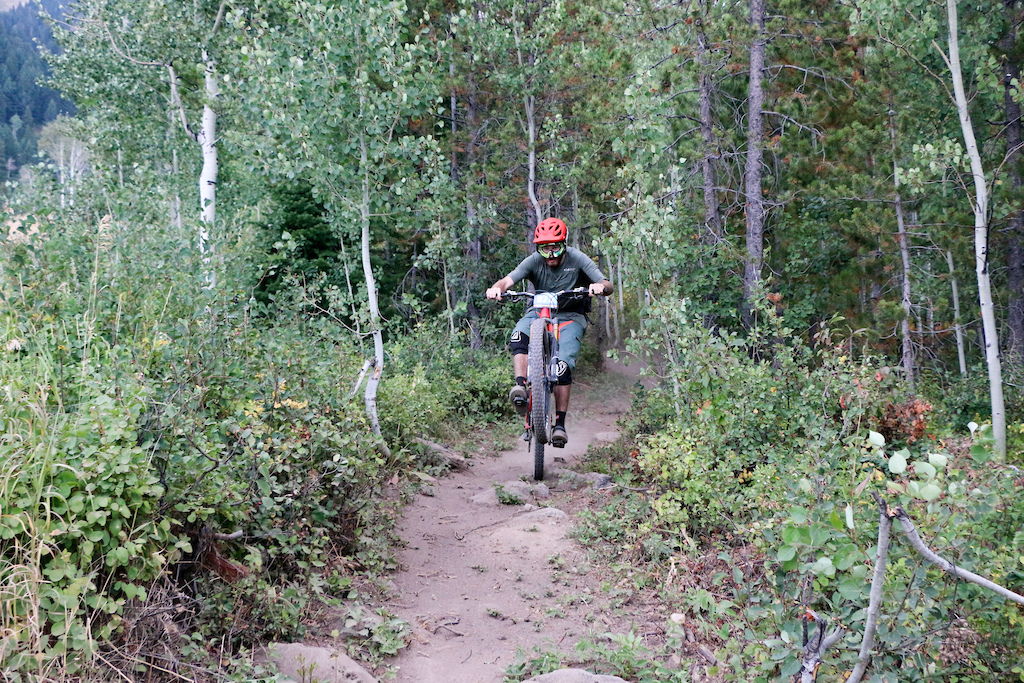 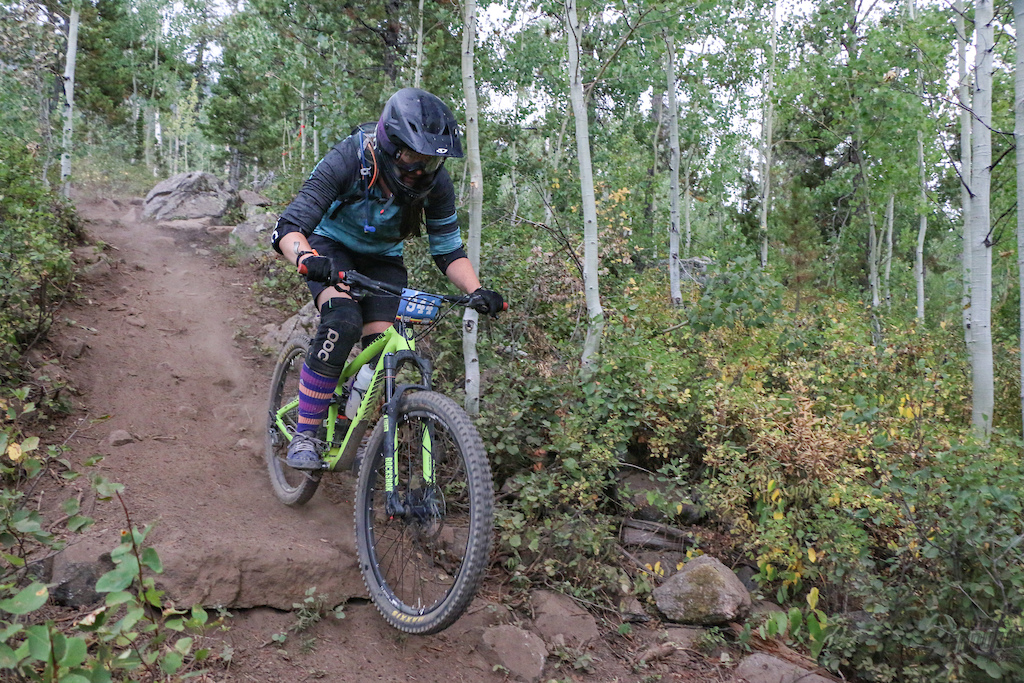 Sarah Knobe just as the rain and hail began on Stage 4. 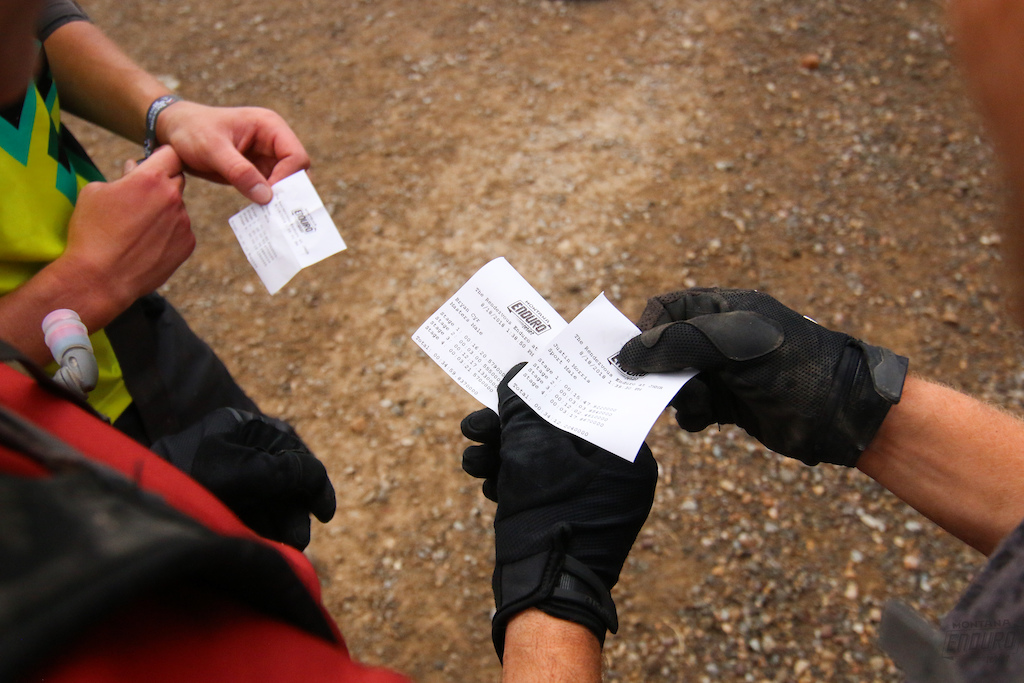 The receipts with times are second only to the racing in terms of fun. 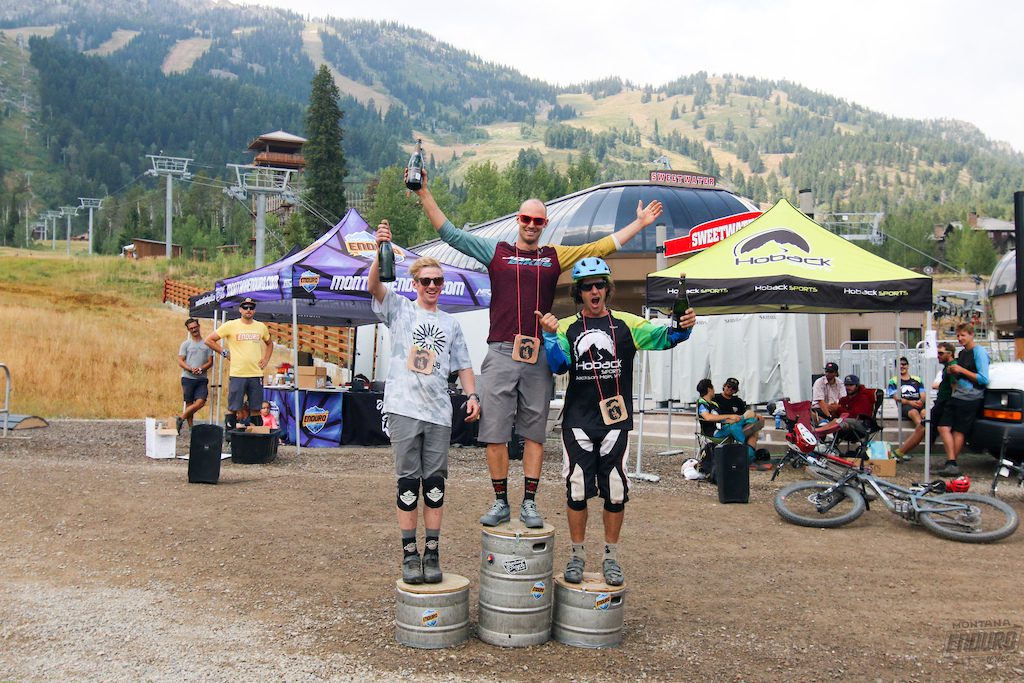 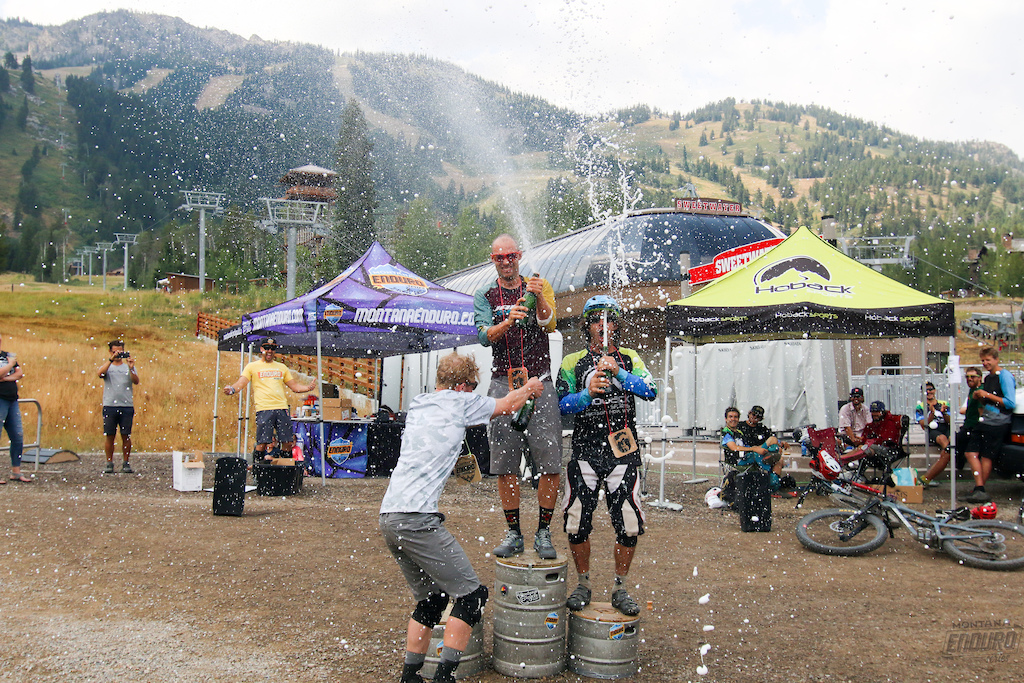 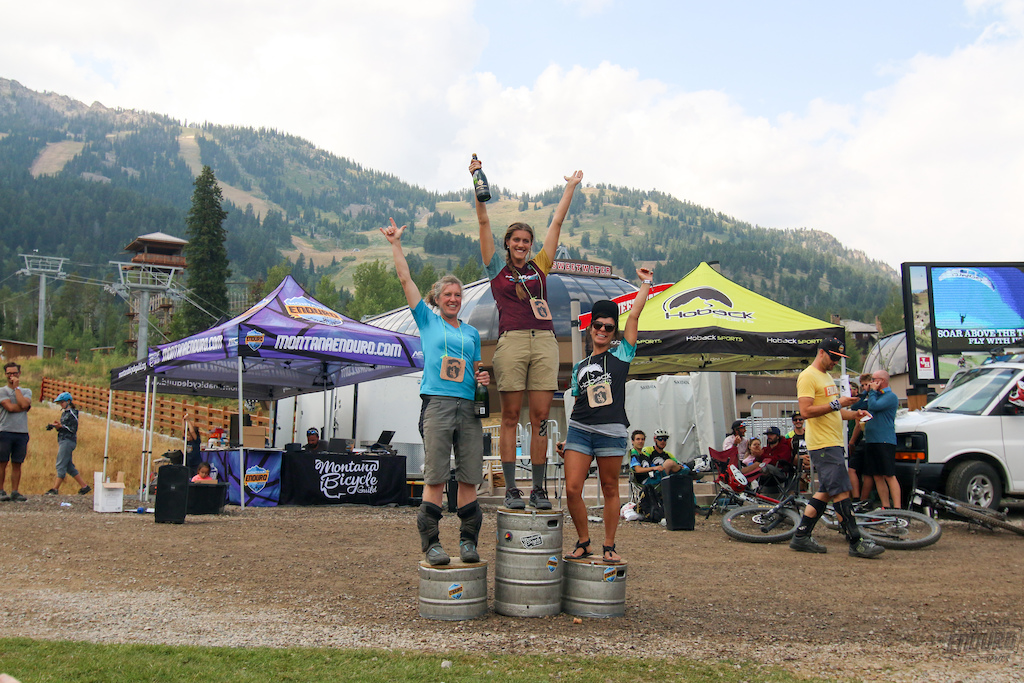 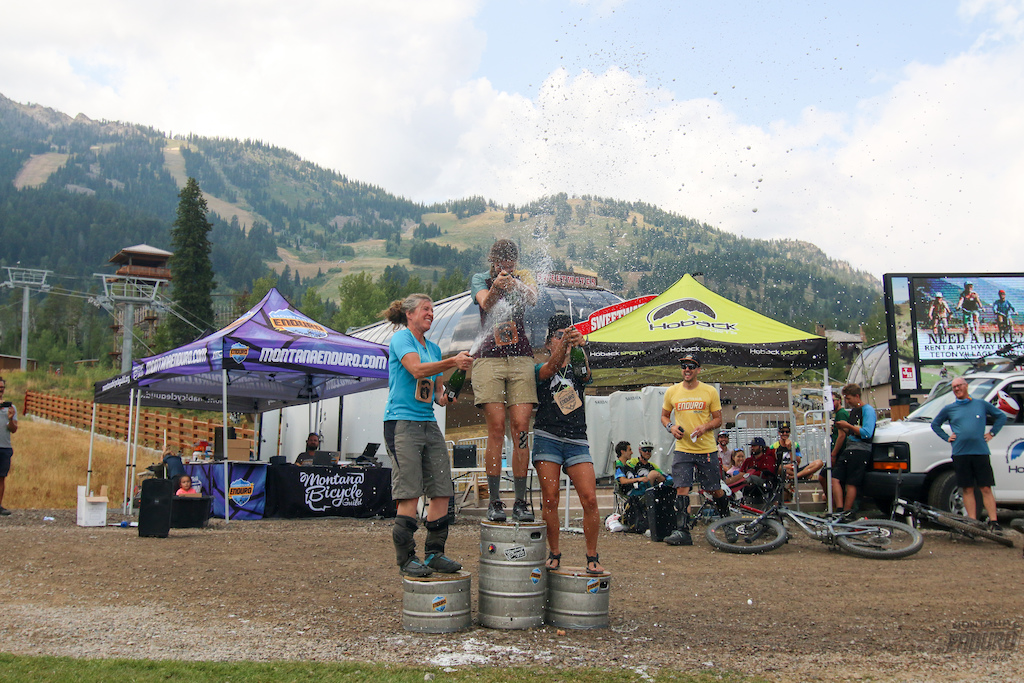 Syd Schulz, Melissa Mattson, and Tara Wilson went 1, 2, and 3, respectively, on the Pro Female podium.
The Montana Enduro Series will be continuing our survey of the Tetons next weekend and wrapping up the 2018 campaign at Grand Targhee Resort! Check out www.montanaenduro.com for more info!

Check out the full photo album right here on Pinkbike!