Video: Best of Beer & Trails in Squamish in 'Ale Trails' 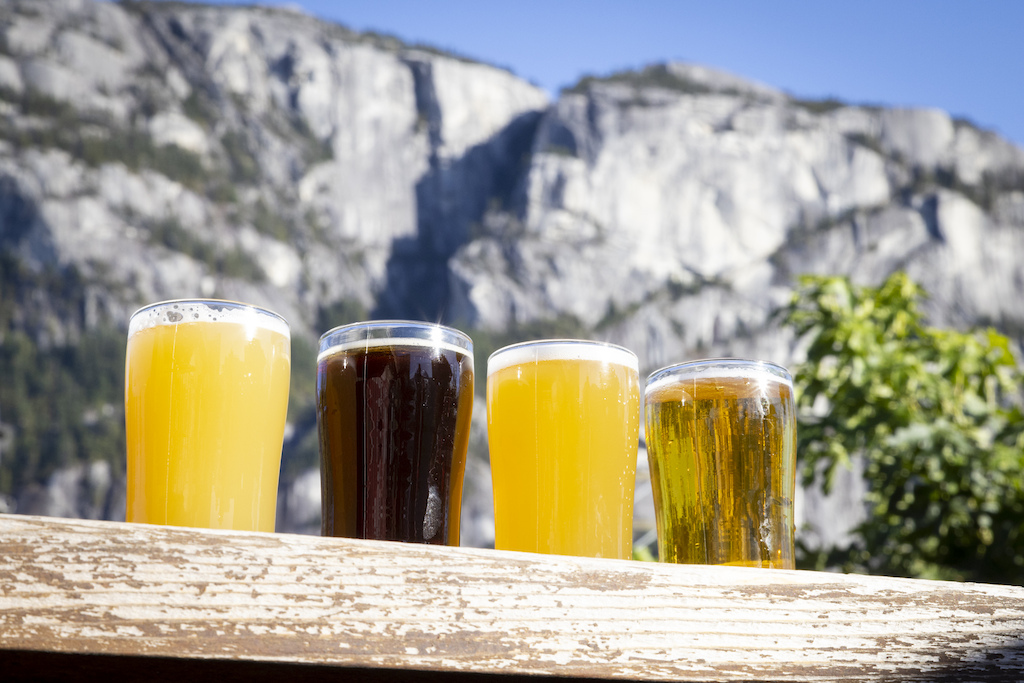 Squamish has been setting the gold standard for craft beer and mountain biking for over 25 years. Both scenes have developed in tandem offering progression, diversity, and most importantly, an experience that keeps you coming back for more. 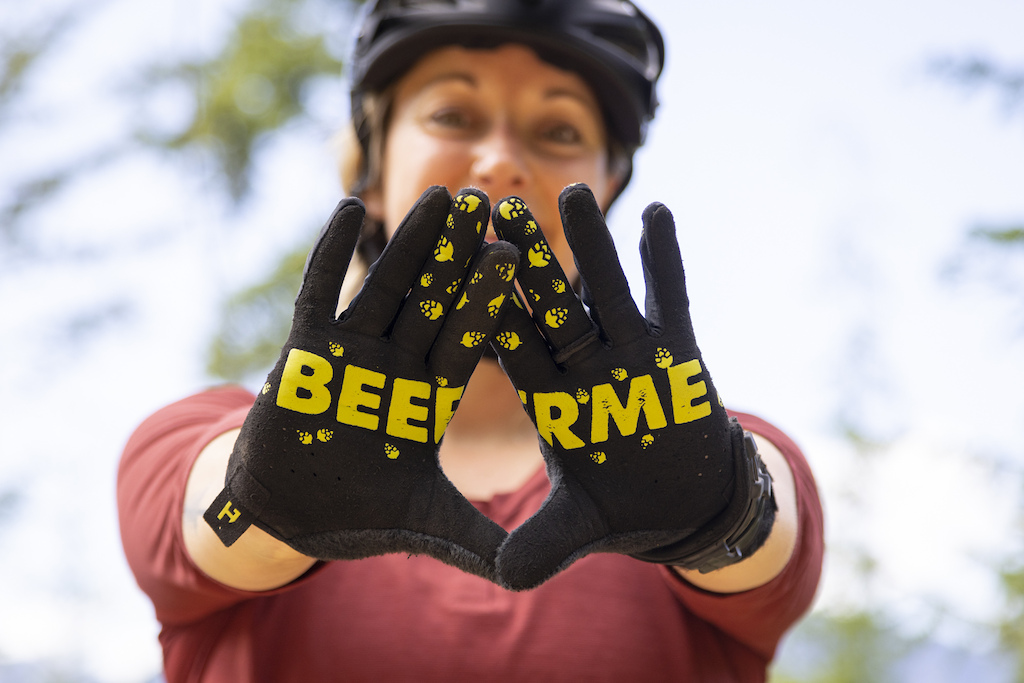 As A-Frame Brewing founder Jeff Oldenborger states - “beer is... a mechanism through which people can sit and chat and just gather around.” This philosophy holds true to the Squamish craft beer scene. From Howe Sound Brewing’s beginnings as one of BC’s first craft breweries founded in 1996 to the contemporary IPAs and sours pouring at Backcountry Brewing - each of Squamish’s three (soon to be four) breweries complement each other offering a variety of beer that is hard to match. 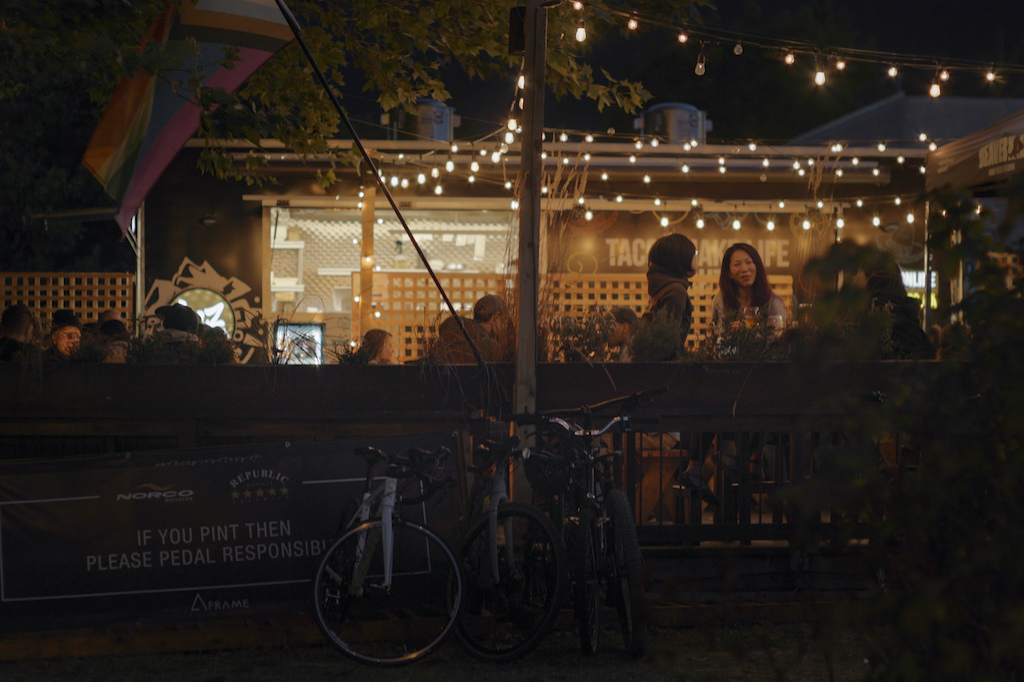 This diversity of recreation opportunities abound with world-class rock climbing, hiking, kiteboarding, and river sports - but it’s the mountain biking that truly sets Squamish apart. As an early adopter of the once fringe sport, Squamish locals took to riding moto and trials bike trails on rudimentary mountain bikes that were barely equipped to take on the granite rock slabs and steep rooty hillsides. With the capable mountain bikes of today, the experience is much more inclusive with over 300 trails ranging from Green to Double Black, there’s something for every style and skill level. 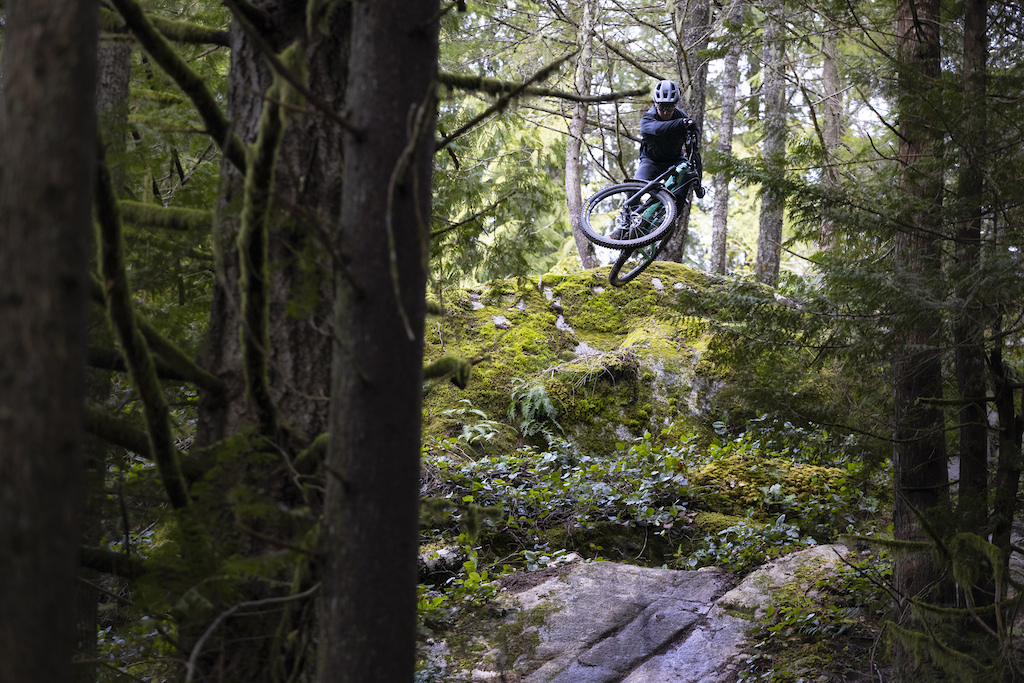 We acknowledge that we work, live, and ride on the unceded traditional territories of the Coast Salish Peoples - Skwxwu7mesh (Squamish), Tsleil-Waututh & Musqueam First Nations. This Acknowledgement comes with our support for these nations’ efforts to reclaim and revitalize their territories.

'Ale Trails' is a collaboration between Mountain Biking BC and the BC Ale Trail, and produced by adventure filmmakers, Ben Haggar and Mike Gamble / Cold Salt Collective

bryndrew (May 14, 2022 at 13:05)
People should know that the area including the "granite" trails shown, Boney Elbows and Gouranga, is set to become a housing development if Squamish council gives approval.

pdxjeremy (May 17, 2022 at 11:35)
Looking forward to my trip to whistler so i can enjoy some trash panda ipa from parallel 49 brewing. Usually on tap in Squamish copper coil still and grill It's kinda a tradition for us to go there and to chromag every whistler trip

lowejw (May 14, 2022 at 4:45)
Who da think Canuks drink something other than Labatts or Molson, but people also think Americans like Budweiser, pure T swill, now get me a real beer please.

Mac1987 (May 14, 2022 at 16:30)
As a proud Dutchman, I say: go visit Belgium. It's the unquestionable beer capital of the world. We can argue about whether the Netherlands or another country deserves second place, but Belgium is on another level. What pizzas are to Italy and sushi to Japan, beer is to Belgium. Mountainbiking is decent there but Germany and France are right around the corner if you're still able to after a couple of Chimay blue or Gulden Draak

Sshredder (May 14, 2022 at 7:33)
Still waiting for the microbrewery to merge with a craft Cannabis establishment. Enjoy a craft ale while eating some pasta with kush pesto maybe a Blueberry brownie for dessert.

tacklingdummy (May 14, 2022 at 8:39)
How do people really like IPAs? They all taste bitter and sour to me. Gimme a darker lager (Munich Dunkel) or even a cheap light lager over any IPA. I know I crossed a line for many IPA fans. Lol.

sonuvagun (May 14, 2022 at 10:07)
You sir, have exquisite taste in frosty beverages.
To add to your point against IPA, whatever they're doing in Czechia (Czech Rep), they're pilsners are f'ng refreshing- clean yet flavourful.

I still buy them occasionally, because they're not as sweet and higher alcohol content. But they're not my fav.

When I first started drinking craft beer (beer) I swore I never wanted to touch another lager in my life but the IPL's are amazing, lager crispness with nice hoppy boost, magic on a hot day.

IPA's down here went through a phase where they were massively bitter, I recently had one like that and gave the 2nd can away. But mostly they're way less bitter than they were a few years ago.

ModularSynth (May 15, 2022 at 10:07)
I hope that's true now that Howe sound brewery has ruined their beers since the take over

tenoch (May 14, 2022 at 8:56)
the new Squamish bunch of granola heads
Below threshold threads are hidden

martn (May 14, 2022 at 6:50)
@bashhard: Chiemseer and Tegernseer are fine beers but honestly I consider both (plus Augustiner) kind of a trendy hipster choice outside of bavaria. I'd just say drink what you like and maybe try what the locals are brewing when you are traveling.