NAET Travels Outside of the United State and Canada 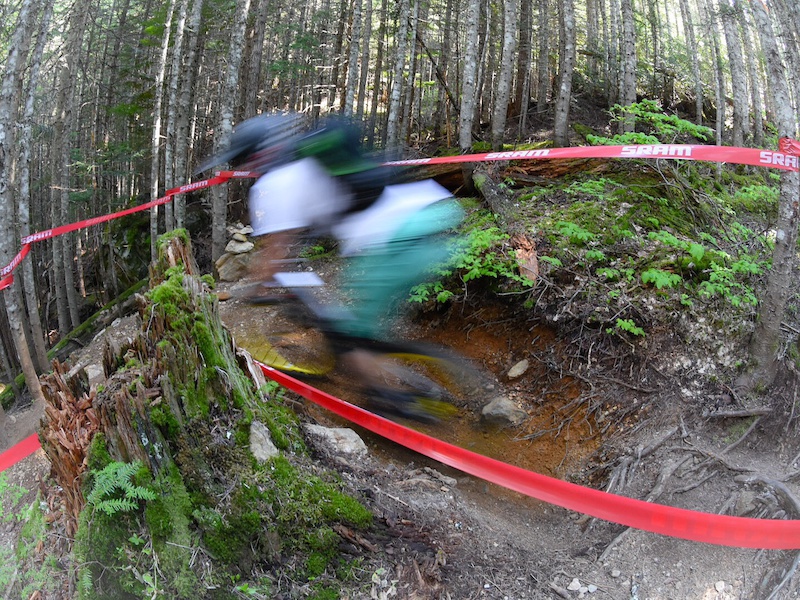 The Whistler Bike Park has played host to several rounds of the North American Enduro Tour, and will now become home to the series.


Anyone looking to qualify for the Enduro World Series in 2017 will have the North American Enduro Tour races at the top of their list.

Long a feeder circuit for athletes priming for the Enduro World Series, five of the six NAET races have now been named among the first official Enduro World Series qualifier events. Points from these races will count toward securing a spot in the premier international race series for the sport.

“NAET has always been about presenting some of the best racing in North America and now the series will have the recognition it truly deserves as a stepping stone to the most elite international race circuit in all-mountain riding,” says Darren Kinnaird, Crankworx Events Incorporated general manager.

Now in its sixth season, NAET was recently assumed by CEI, which is best known for its gravity mountain bike festival. CEI will continue to develop NAET as a showcase for North American riding, pulling in races from the top series’ on the continent and high-caliber standalone events.

The venture to Mexico marks the first step outside the United States for NAET. Just two hours inland from the popular vacation destination Puerto Vallarta, Mascota has one of the most active riding communities in Mexico and is surrounded by 10,000-foot peaks and pine forests known for their technical riding.

By contrast, Mammoth Mountain Bike Park provides the backdrop for one of the more well-developed race experiences as part of the longstanding Kamikaze tradition. The Kamikaze is a downhill race dating back the ‘80s, and the Kamikaze Bike Games are now in the fourth season of celebrating the tradition.

“Mammoth has a long rich history of MTB racing, and from our original roots of high speed downhills, ‘the Kamikaze’, to the current popular ‘enduros’, we are very excited to become part of the North American Enduro Tour this coming summer,” said Bill Cockroft, Senior Vice President, Mammoth Mountain Ski Area.

A staple in NAET race circuit, the Sun Valley stop of the SCOTT Enduro Cup presented by Vittoria takes racers back to the Ride Sun Valley Festival in Idaho for a two-day Super-Enduro filled with music, activities, beer, demos “and plenty of shenanigans.” And the second SCOTT race, Angel Fire, will introduce athletes to New Mexico’s Angel Fire Bike Park, one of the largest lift-accessed mountains in North America where riders drop in at 10,667 feet for 2,000 feet of Southern Rockies altitude adjustment.

Finally, in Whistler, racers will christen two brand new races in a notoriously technical, root-riddled rainforest where enduro racing is thriving. The Whistler Spring Classic Enduro and Whistler Fall Classic Enduro bring NAET to an area where new enduro races, and even series’ are multiplying to make use of the endless supply of new trails in the Sea-to-Sky Corridor and Whistler Mountain Bike Park.

NAET strives to provide the best experience possible for junior and amateur athletes in hopes of increasing the talent pool of North American all-mountain riders. It is a platform for the best riding, and the top all-mountain brands on the continent.

Information on registration, pricing and race categories can all be found on the NAET website. In order to collect points to qualify for the Enduro World Series, racers will need to obtain an EMBA licence.

Whistler Enduros
The Whistler Enduro Spring Classic (May 28-29) and Whistler Enduro Fall Classic (September 10-11) are brand new races to the NAET scene. Born out of Whistler’s Great Outdoors Fest Enduro, GO Enduro, both events will feature some of the same trails as the notorious SRAM Canadian Open Enduro presented by Specialized, winner of the 2014 Pinkbike Game Changer Award. 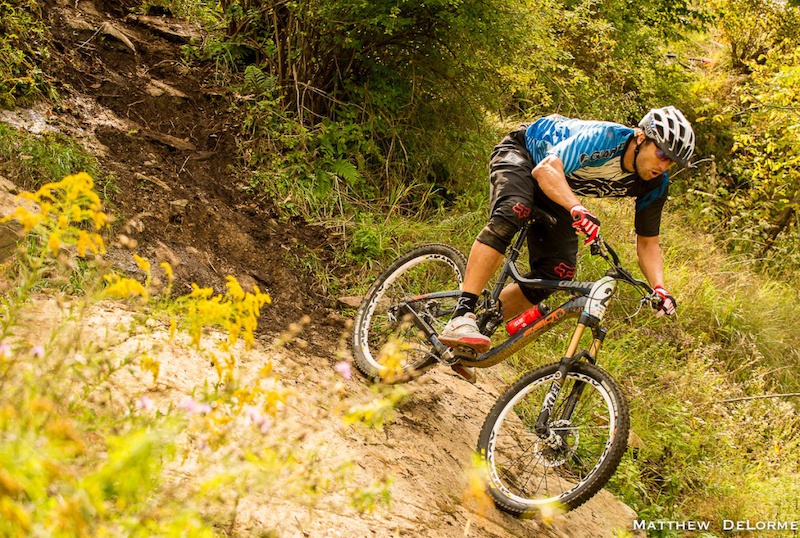 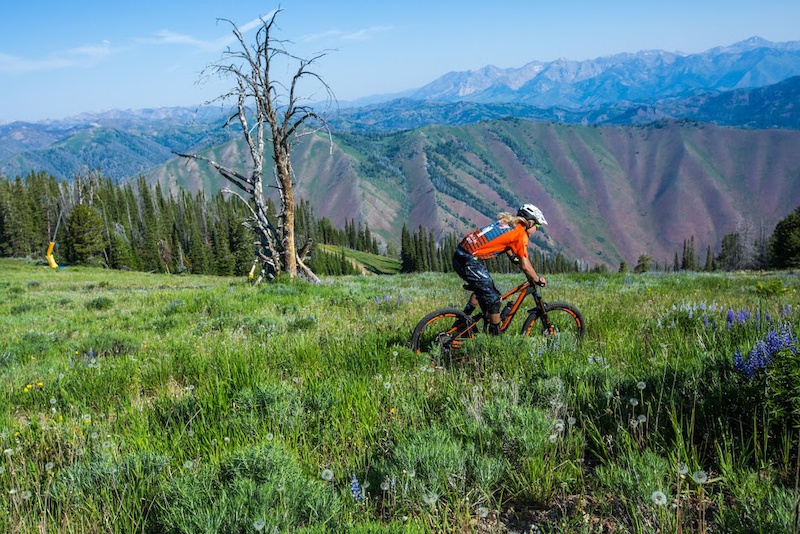 Ctk11 (Apr 7, 2016 at 16:51)
I know I'll never be an EWS racer, but what about the east?? No representation over here, how are riders going to qualify. There are some hidden gems if you know where to look and Im sure a professional level race could be achieved in a variety of places over here. Just my 2 cents.

powdershredder3 (Apr 7, 2016 at 16:56)
Does anyone know where the number 1 endure racer is from… THE EAST…. Riche Rude. So please put a EWS qualification round on the east coast.

scott-townes (Apr 8, 2016 at 15:55)
@Ctk11 Just playing devil's advocate here, but if a racer is having an issue traveling outside of the EC to attend a qualifier, what chances does that person have of traveling to a different continent to compete at an EWS stop? It makes no sense.

scott-townes (Apr 8, 2016 at 15:57)
Just to clarify, an EC stop would be sick but to make a stop based on the idea that its more convenient for someone is really silly.

ReformedRoadie (Apr 8, 2016 at 16:31)
@scott-townes: There are two North American stops. For a privateer to have to fly with bike and equipment once to race the EWS verse twice(EWS, qualifier) is a tenable argument.

scott-townes (Apr 8, 2016 at 16:51)
@ReformedRoadie: I don't think it is, at all. If you're committed and good enough, it shouldn't be a second thought. This is nothing new in any sport. If you can't make it to a qualifier to further your racing career, then chances are you won't make it to an actual EWS stop for that purpose. At the end of the day, qualifiers are not for people who want to race in an EWS stop because it would be neat to do.

Ctk11 (Apr 8, 2016 at 19:30)
@scott-townes - I disagree. The point of a qualifier is to know if you are qualified to take a year off and travel the world. Also, it's North America Enduro not Western North America Enduro. There should be an Eastern Venue. Period.

the11firm (Apr 9, 2016 at 17:24)
@scott-townes: I can't make multiple big trips. Racing ews in aspen/snowmass this year. Taking over half of my yearly vaca to go out and get acclimated . If I can sneak away for a 4-6 hour car ride, camp for the weekend, and get some points to qualify for future rounds, it would be that much easier

scott-townes (Apr 9, 2016 at 18:07)
@the11firm: That it would but these qualifying events are not for people like you looking to make 1 good trek to a stop. Its for the young bangers looking for a way to snatch a spot to prove themselves. The ones who are able to dedicate enough time/money into more than just 1 novelty race.

ReformedRoadie (Apr 9, 2016 at 18:42)
@scott-townes: DId Chris Ball appoint you as some sort of ambassador for the EWS? Where does it say anything like this crap you're spouting...it's just your opinion. the11firm is doing just that, going to do one event. East Coast riders are at a major logistics disadvantage, compared to someone in the PNW who could drive to at least 3 of them. plenty of fast riders who also have to balance jobs/family/etc. with their racing. They don't have the resources or vacation, and don't want to live in a van to make an attempt at a sport where a tiny percent can make a decent living.
And, last I checked, someone from the East was the defending champ and winner of the first two races.

endlessblockades (Apr 7, 2016 at 19:04)
West coast non-Enduro racer consigned in agreement. Go get em Rude Boy and have an EWS quali in NY or NC or CT ffs.