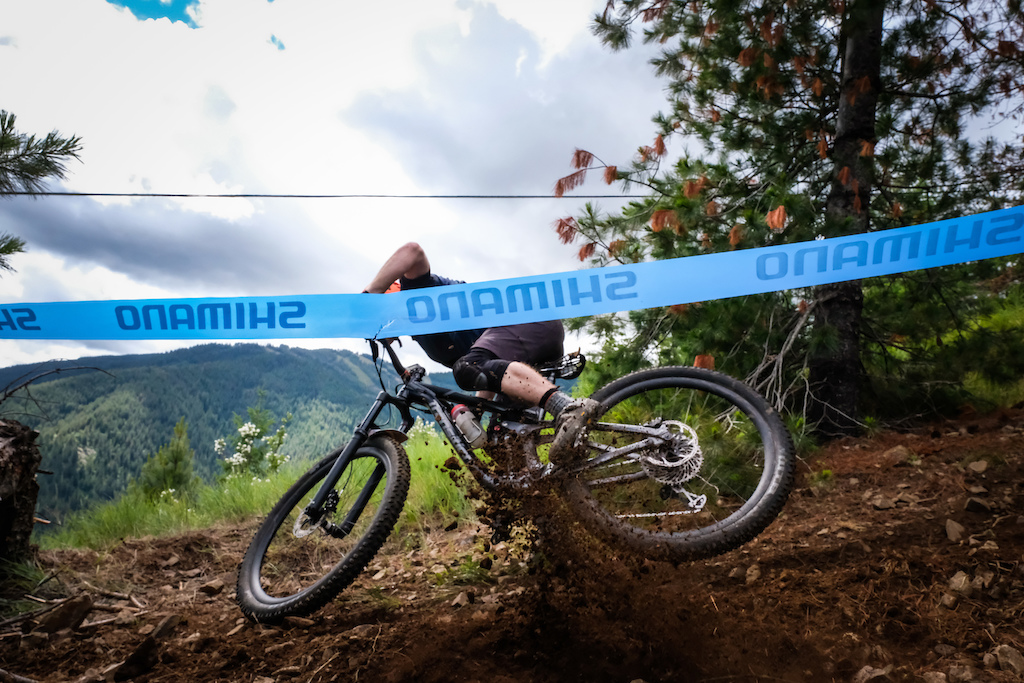 WORDS AND PHOTOGRAPHY // CAM SLOAN
If Saturday was the “slow and steady” day (it wasn’t), then Sunday was do or die day. With a day of racing already under their belts, and the bruises to show for it, racers were feeling the day before they even rolled out of their beds (Vans?). A $12,000 pro purse on the line helped get them moving - the sooner they went off, the closer they'd be to the finish line and finding out their fate.

Starting out with a hellish 3000’ climb that took them off of the Silver Mountain Property and on to private timber land where they were granted the opportunity to tear it up on what has historically been a locals only Moto trail. “Monday Tuesday” exposed riders to the highest straight away speeds of the weekend, and possibly the rowdiest rock garden as well.

Stage 8 kept racers on Moto trail, but rather then the bootleg power line straightaway nature of stage 7, racers were exposed to the hane of “sticks and stones”, a Moto trail that encompasses some of the rowdier parts of the Hard Moto Enduro that takes place just two weeks before the NAEC. It’s always a safe rule of thumb that if it’s burly on a moto, its extra zesty on a bike, and “sticks and stones” payed back in spades.

If that wasn’t enough, the final stage 10 was a full top to bottom, running competitors down the Bike park jump line “Hammer” and into one of the only stages that we’ve raced for all three years of the NAEC “Mutton Conductor”. Racers were subjected to nearly sixteen minutes of arm pump hell before being spit out on the rail and pealing back to venue.

At the end of the day, we saw podiums stay consistent, with Carson Eiswald just edging out Luke Stroble for the win, with Aaron Bradford slipping in to third. and privateer Damon Sidevy took fourth, and Lars Sternberg took fifth in true party in the woods style.

On the Ladies end, Porsha Murdock held her lead over Hannah Bergermann, with Amy Morrison taking third, Chelsea Kimball hammering down fourth and Alicia Leggett rounding off the podium. 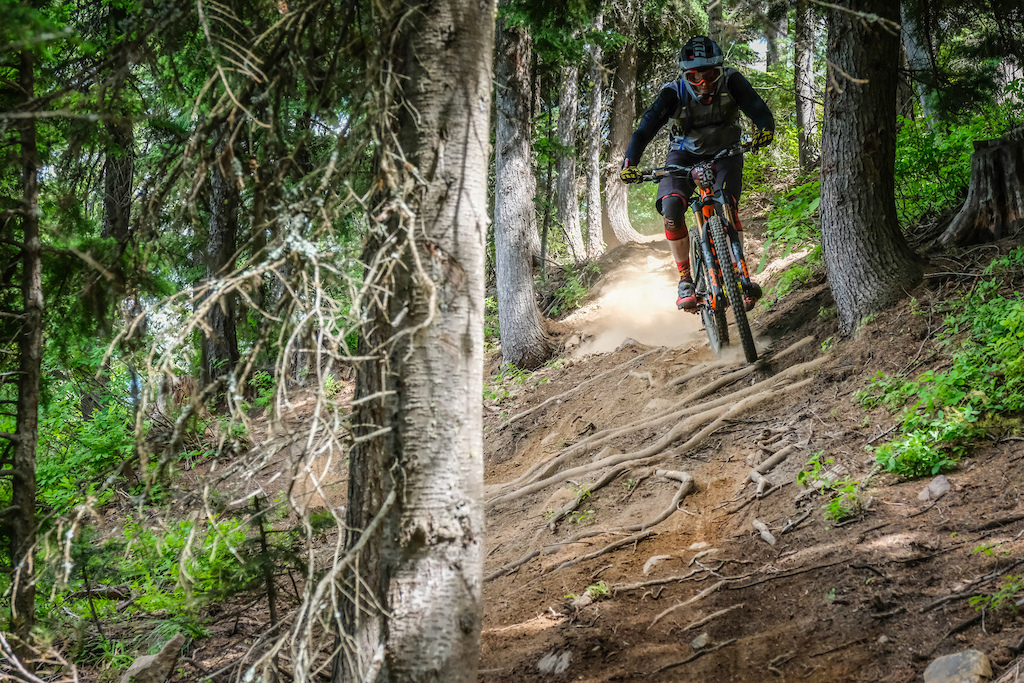 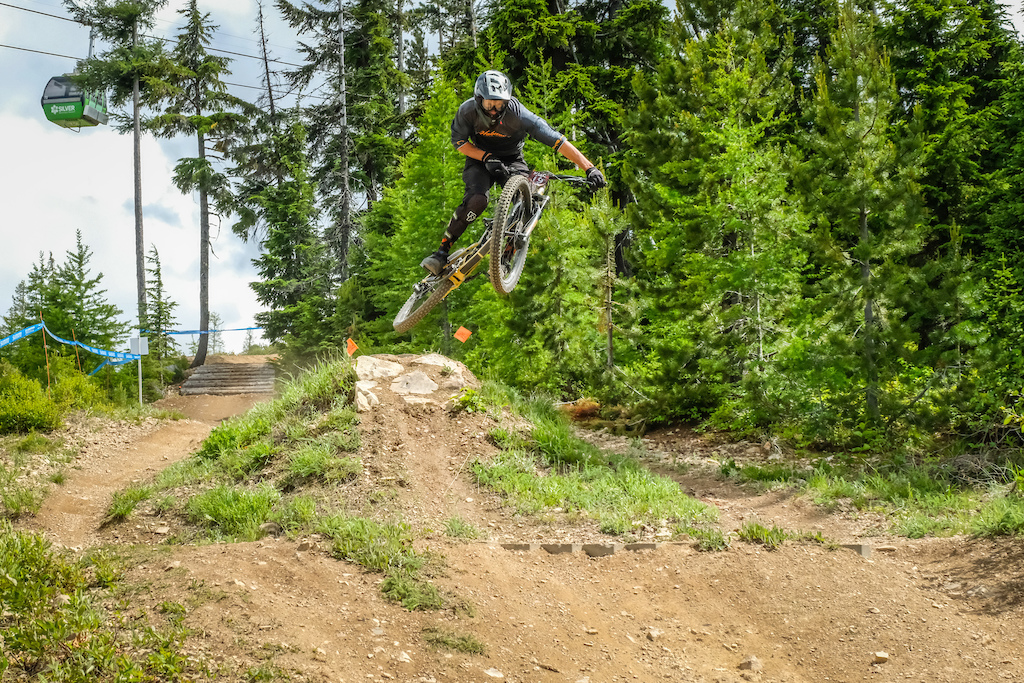 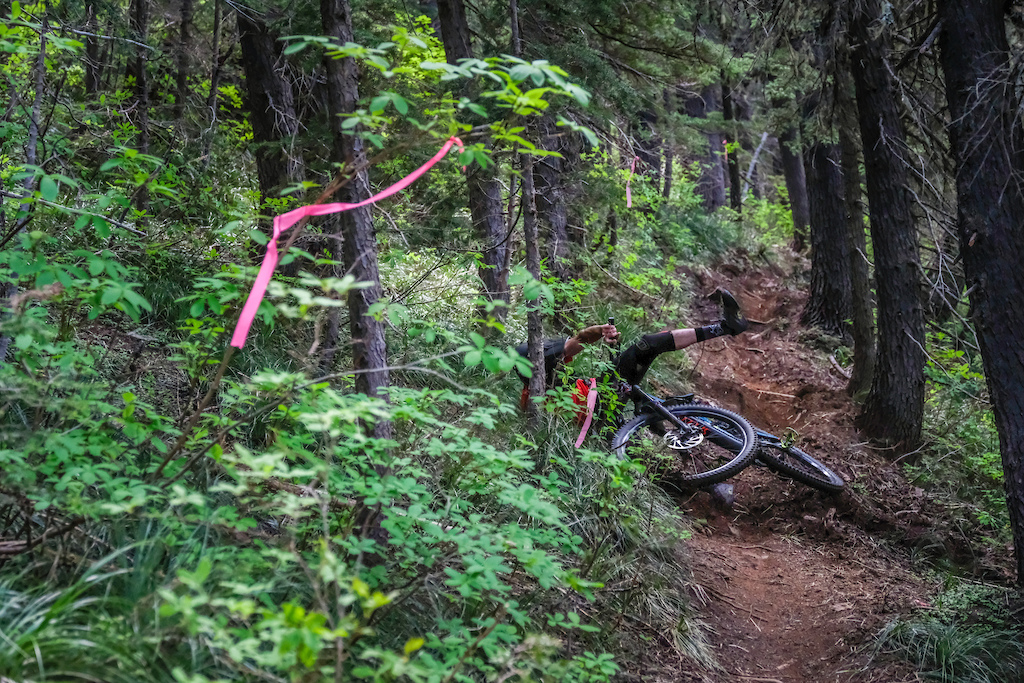 The unknown rider gets intimate with the earth. Bless the earth mother Gaia 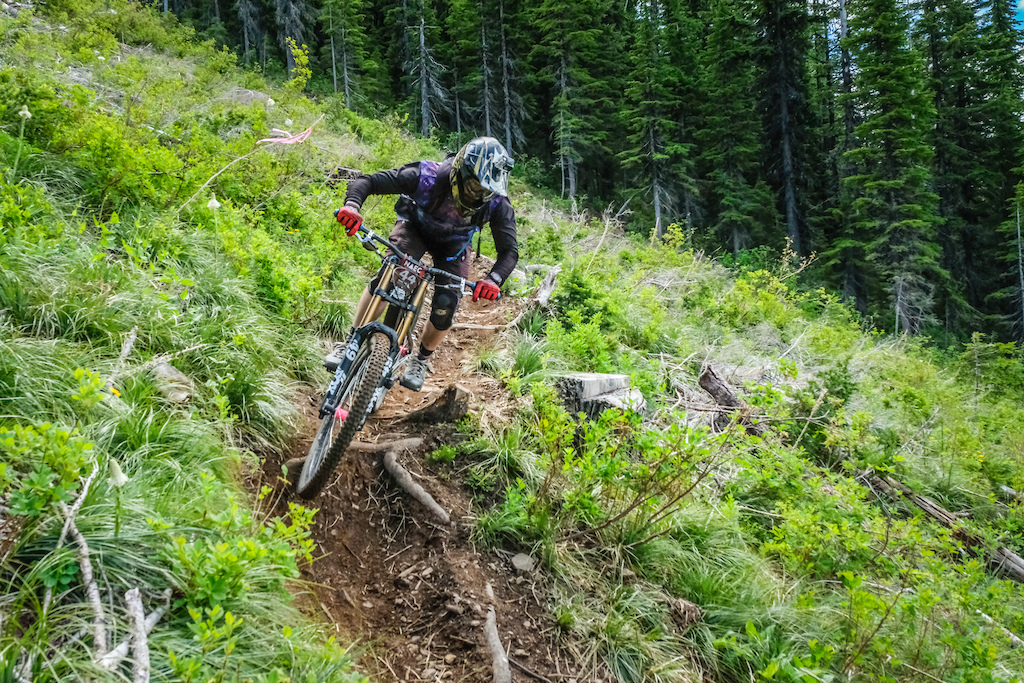 Wood Skinner pedaled near 10,000' over the past two days... on his DH bike. Enough said 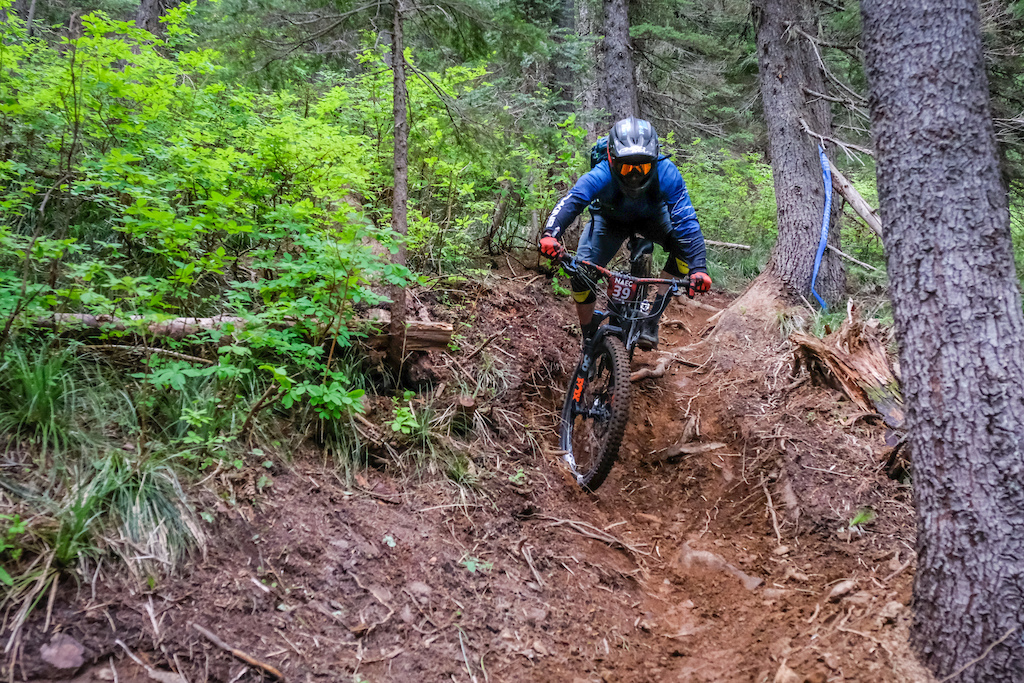 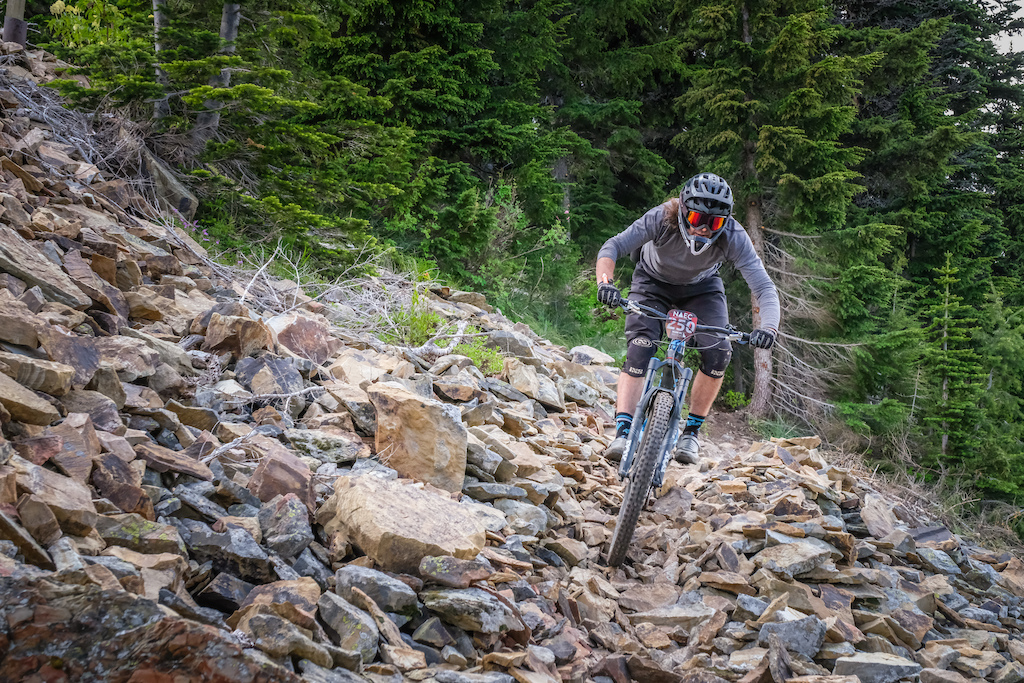 Aaron Bradford, Shimano neutral support dropped the tools at the 11th hour to ride his way into 4th place 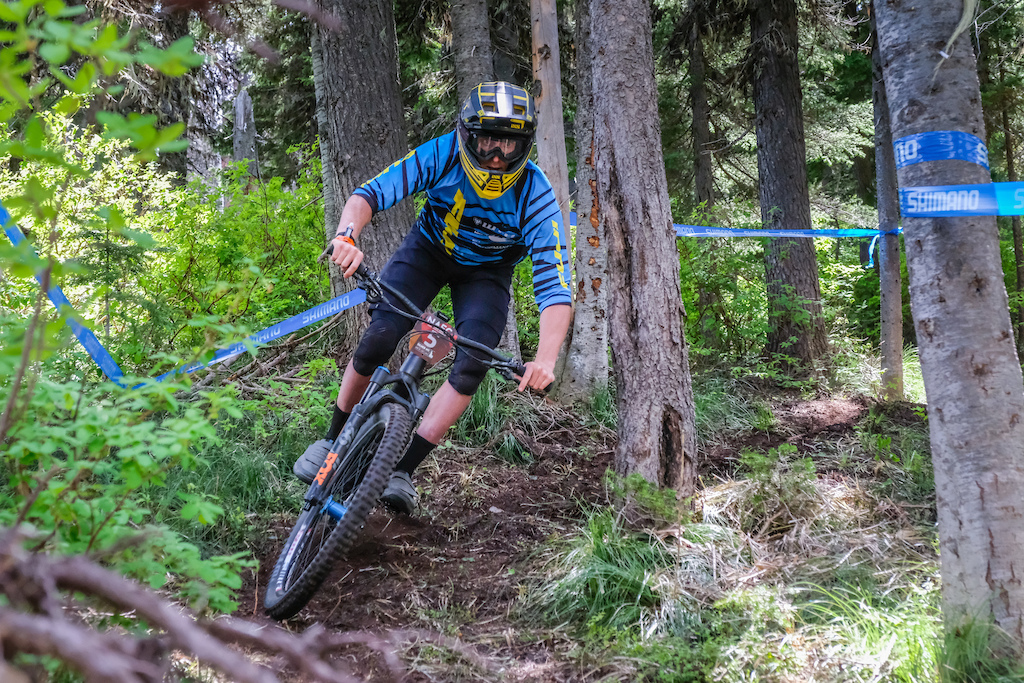 While he may not have made podium this year, Jimmy Smith won the race to the water park.. both days. 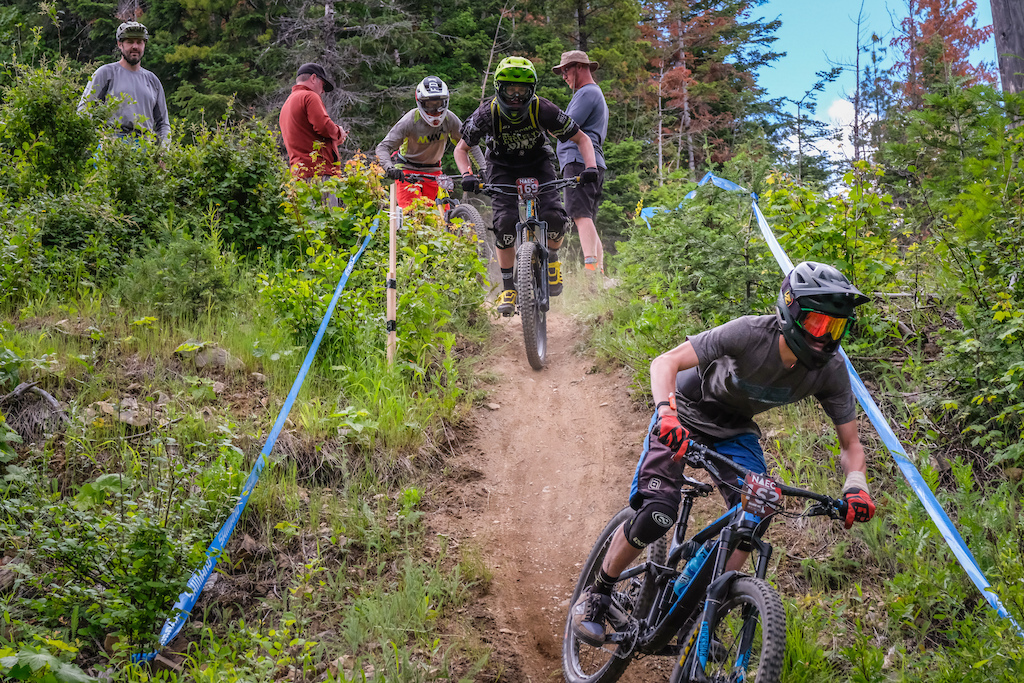 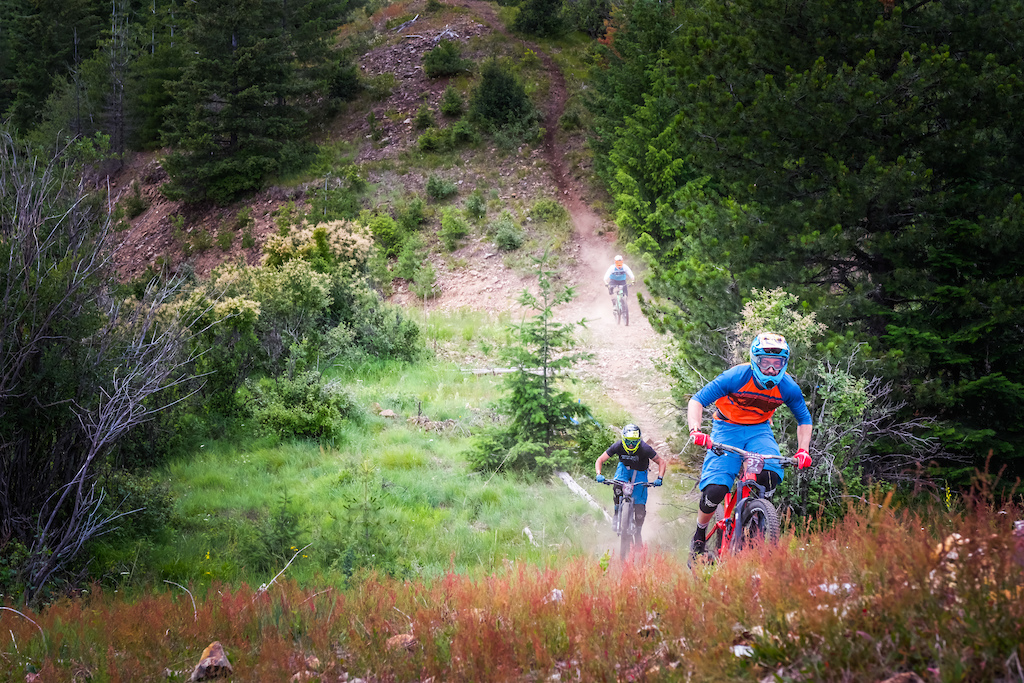 Party train was the name of the game this weekend, much to the dismay of timers, but the delight of.... everyone else. 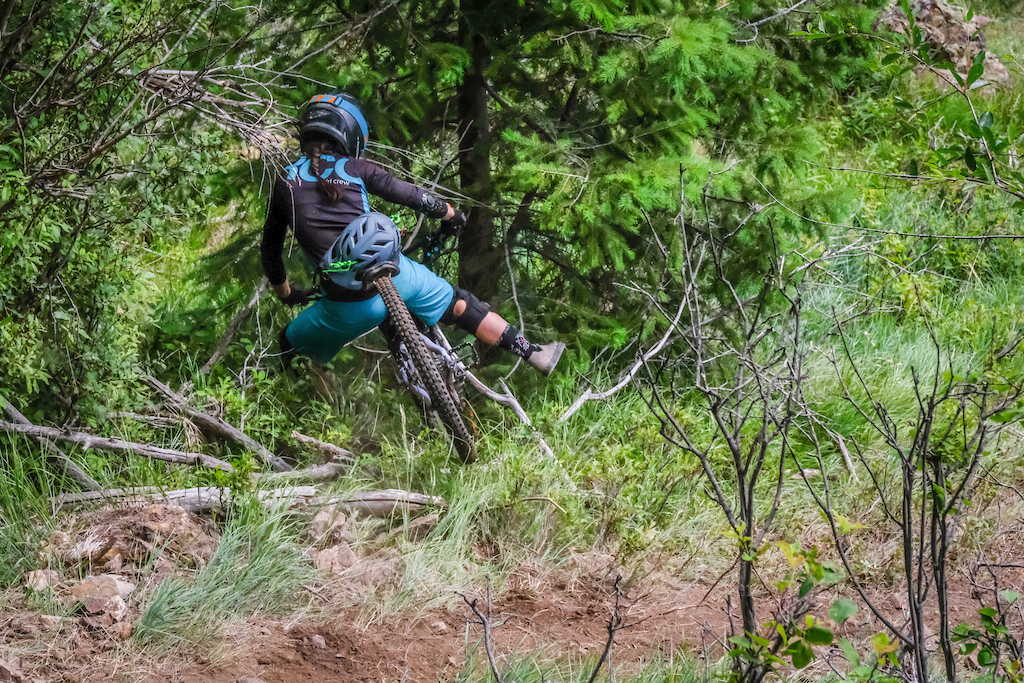 Checkers or wreckers baby! With $12,000 at stake it was brakes off and all gas. You win some, you loose some, But hell, no one can say you didn't go for it. 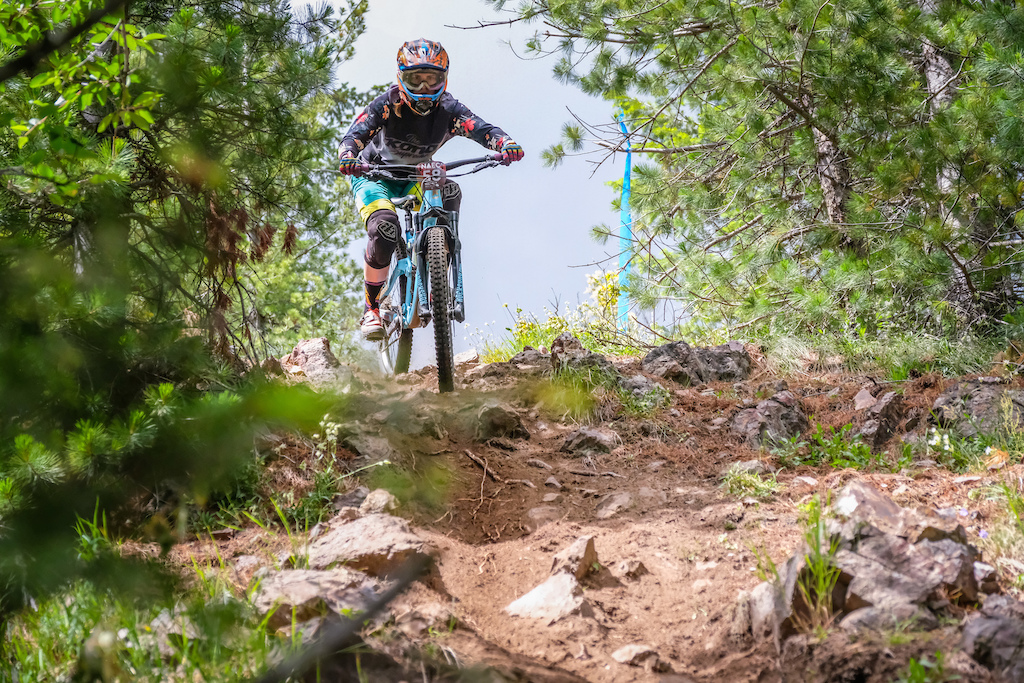 Delia Massey eyeing the rock garden on stage one 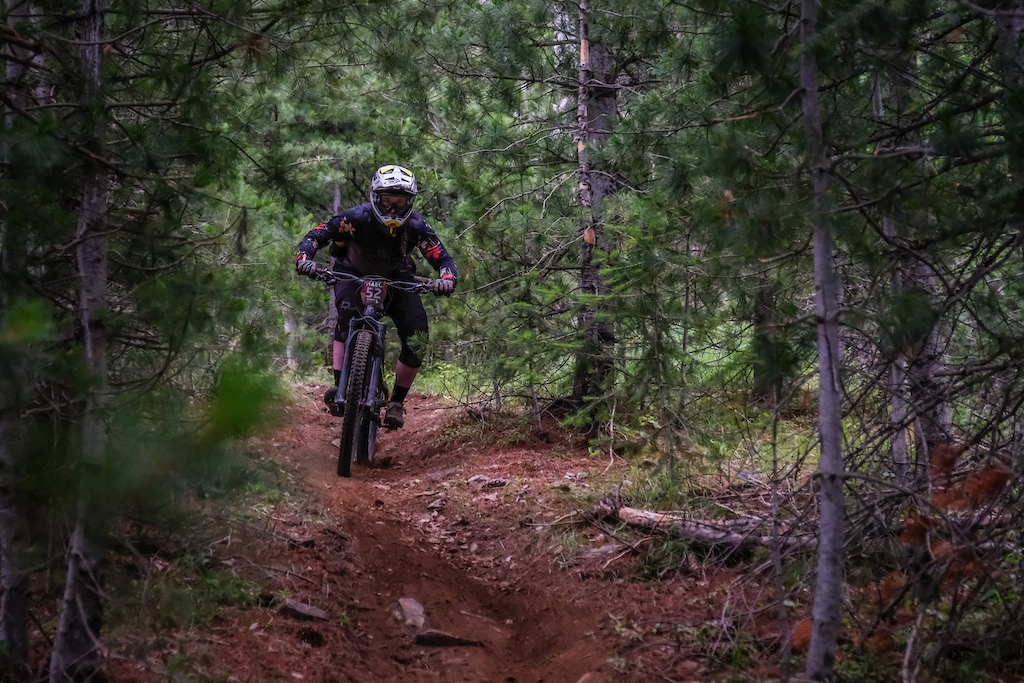 Hannah Bergemann keeps it pinned on her way to 2nd place Pro Women, and a healthy $1,500 check 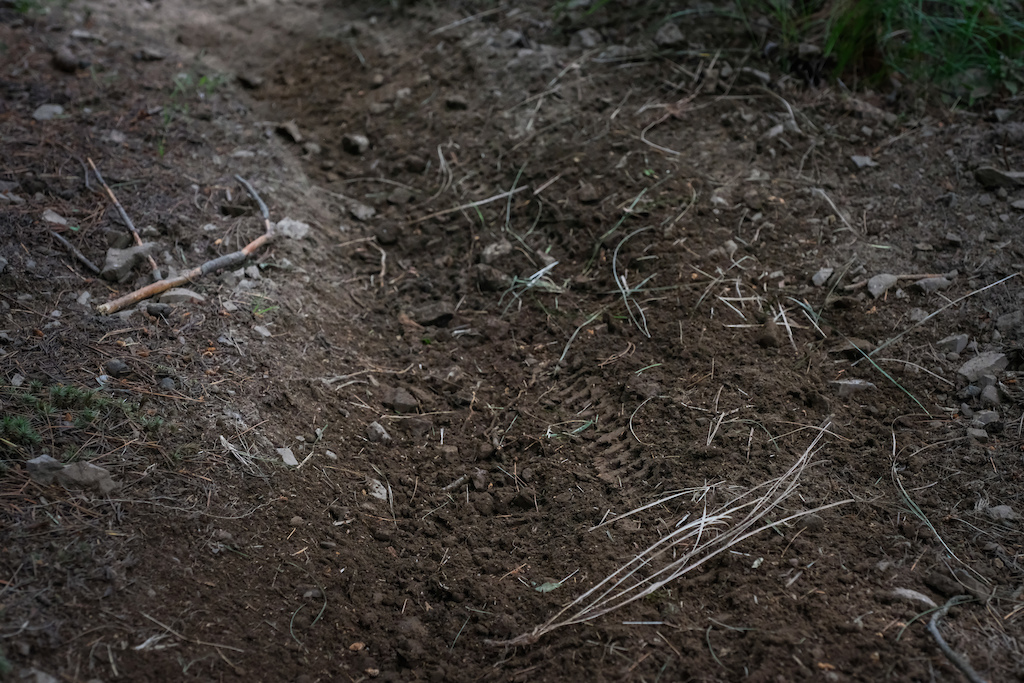 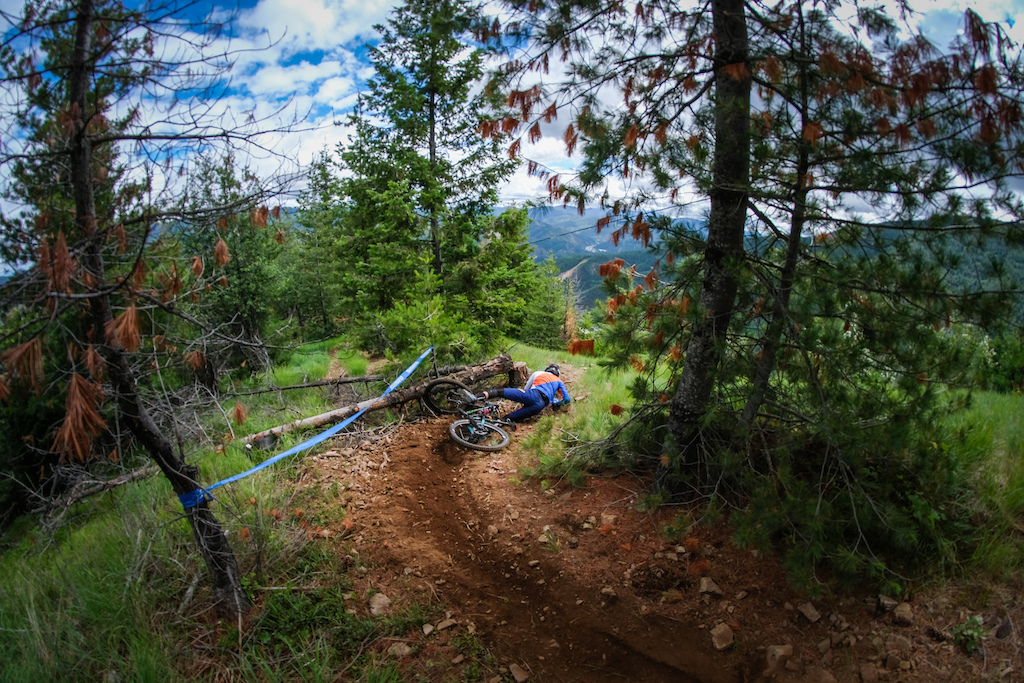 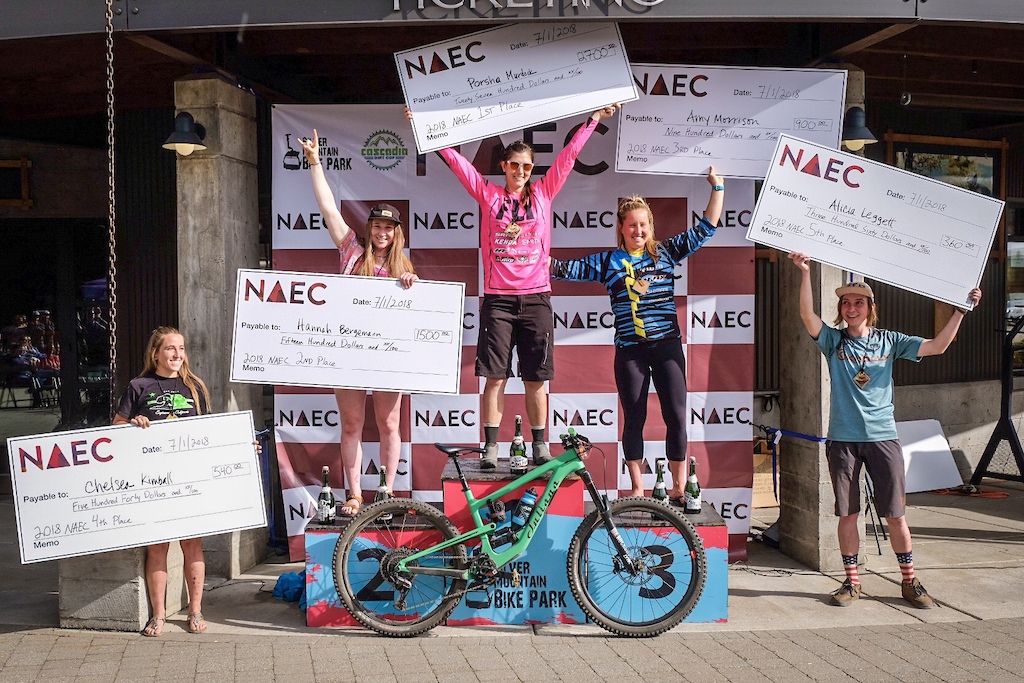 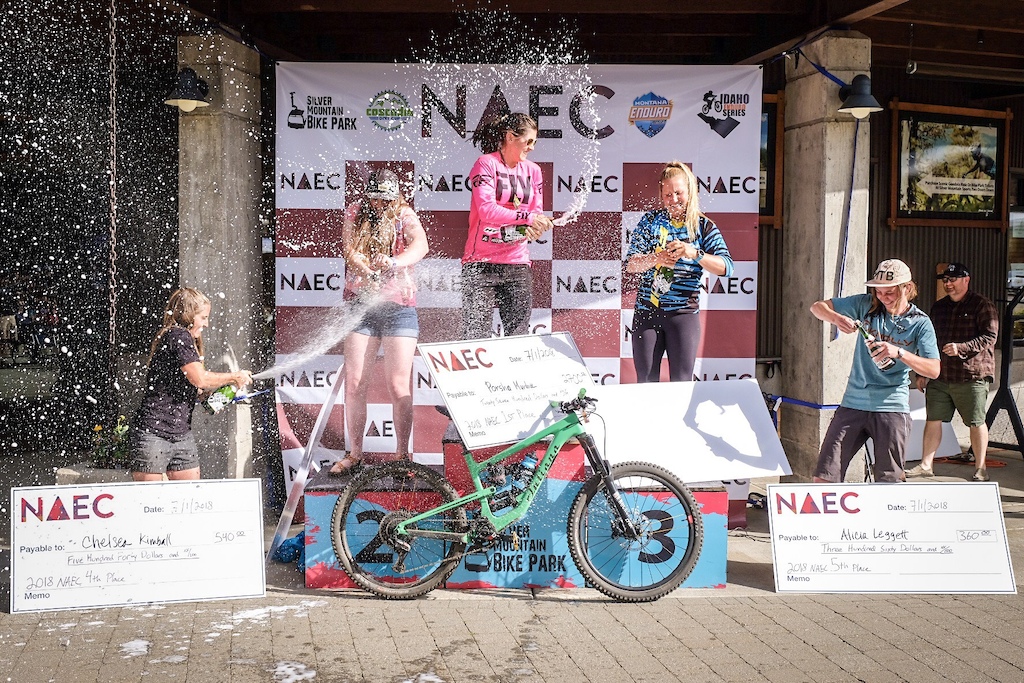 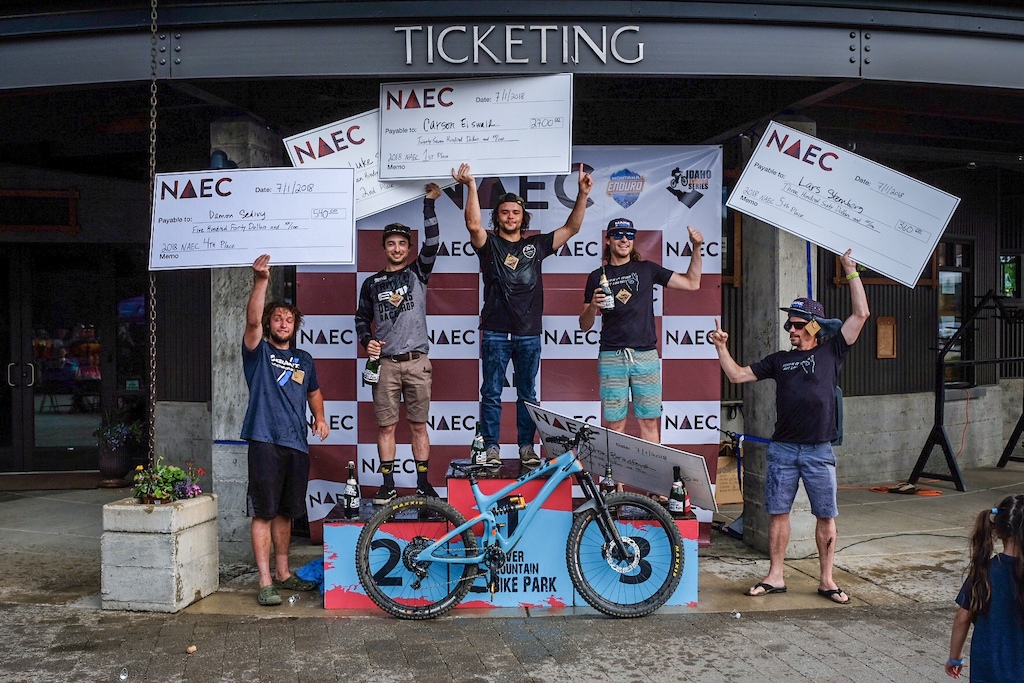 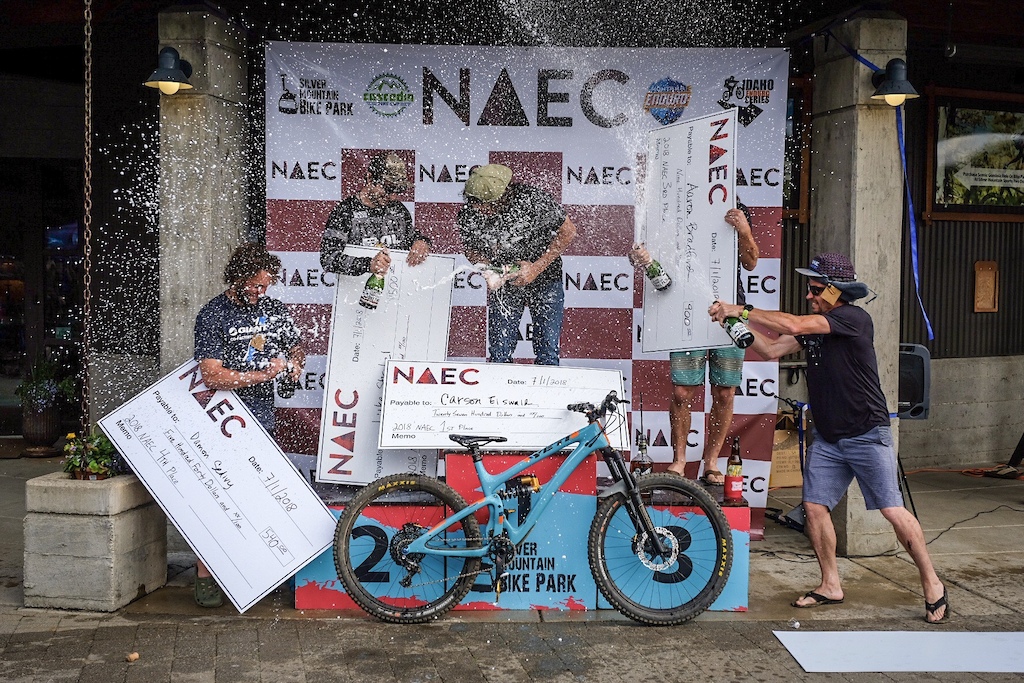 Thats how it's done!
Check out the overall results here:
2018 NAEC Results