Jul 10, 2018 at 14:00
by PHeller
Tweet
I'm doing research into what's going inside the current Rockshox Deluxe lineup in terms of stroke adjustment.

I was curious: what's different inside these shocks that limits (or extends) the stroke? Looking at SRAM's spare parts manuals, the 230mm i2i shock uses the same air can for various stroke lengths, and there is no indication that any "hard part" changes either. Now, one thing I did notice is that in that spare parts manual it does give a different part number for "Damper Body/IFP" for various stroke lengths on the MONARCH, but the Deluxe is missing this.

However, the new Trek-specific through shaft (which utilizes a 230x57.5 stroke shock) has a diagram with an interesting bit added...some sort of washer/bushing thing between the bottom out bumper and the space where the volume spacers sit (and the damper body threads into). 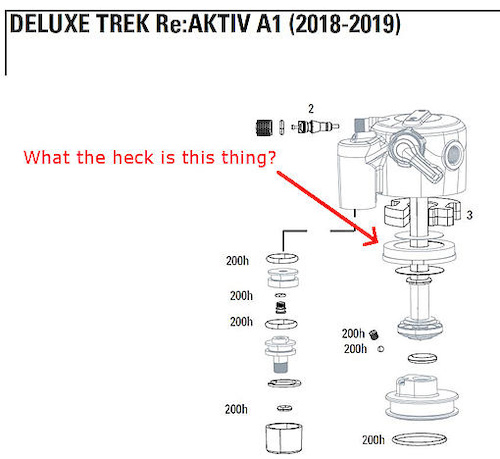 Anyway, what clued me in to the fact these shocks (2017+ Deluxe/Super Deluxe) are stroke limited by "soft parts" are these pictures at the red round washer from NSMB.com: 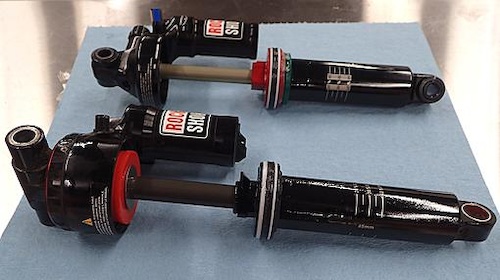 One hard part that might be different are the washers on both ends of this bumper. Those washers sit on the lip of the shock body/damper threading, and stroke limited shocks (60mm and 57.5mm) must have washers on both sides of the bumper (as shown in the parts diagram above). 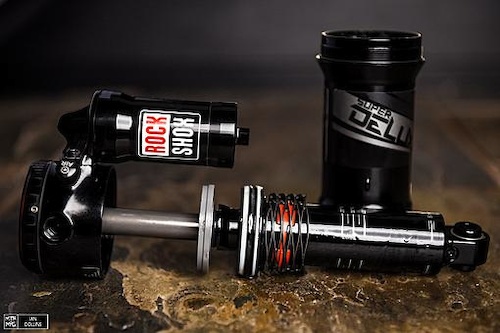 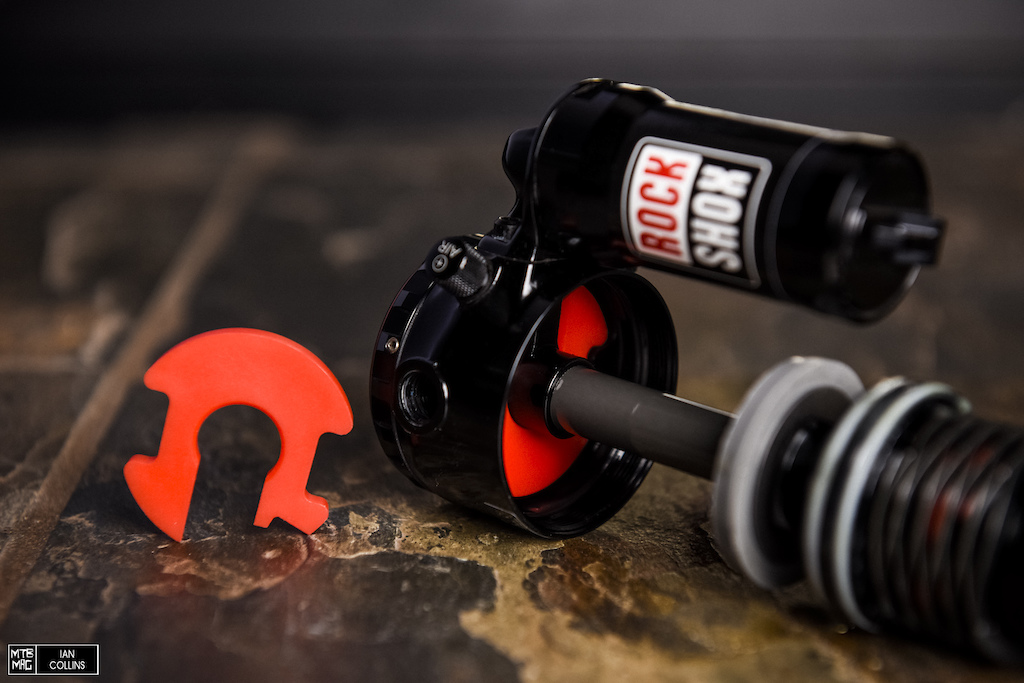 Here it looks like Trek was using a blue washer of some sort: 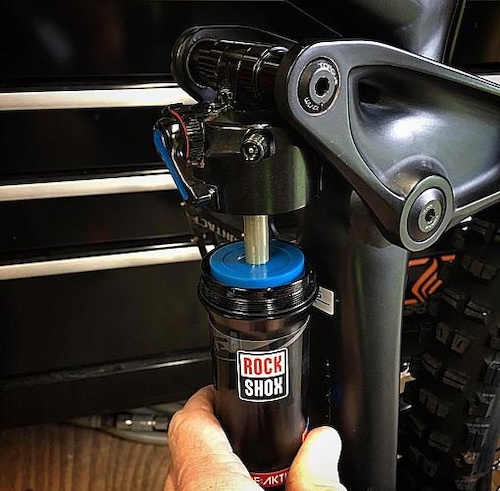 Here you can see that an unlimited shock only has a single washer: 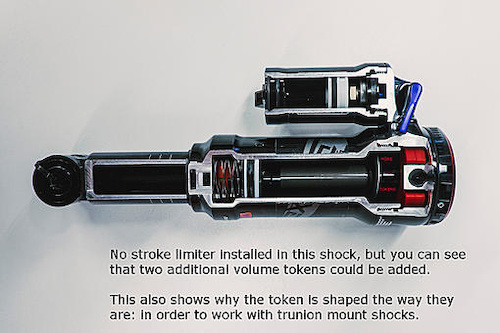 ...and this isn't a new thing either. Way back when, Push was using what amounted to a coil shock bump stop in the old Fox Vanilla! 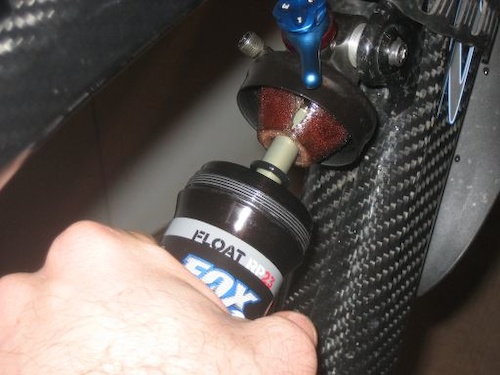 If your interested, here is a guy who wanted to shorten the overall length and stroke the shock, essentially "wedging it closed": http://faqload.com/


So, my question is: what else is happening inside a stroke limited shock vs an unlimited shock? Different IFP pressure? Different tunes? Is there anything stopping me from inserting a larger stroke limiter (the round red thing) to make my shock a 230x55? Or 230x50?

PHeller (Jan 17, 2020 at 15:13)
I think others have found that you need to reset the IFP height to the same as the longer stroke shock, otherwise the IFP can contact the end of the piston before full travel is achieved.
Likewise, some funky stuff could happen if your added a spacer for shorter stroke (on an air shock) and didn't reset the IFP height accordingly.