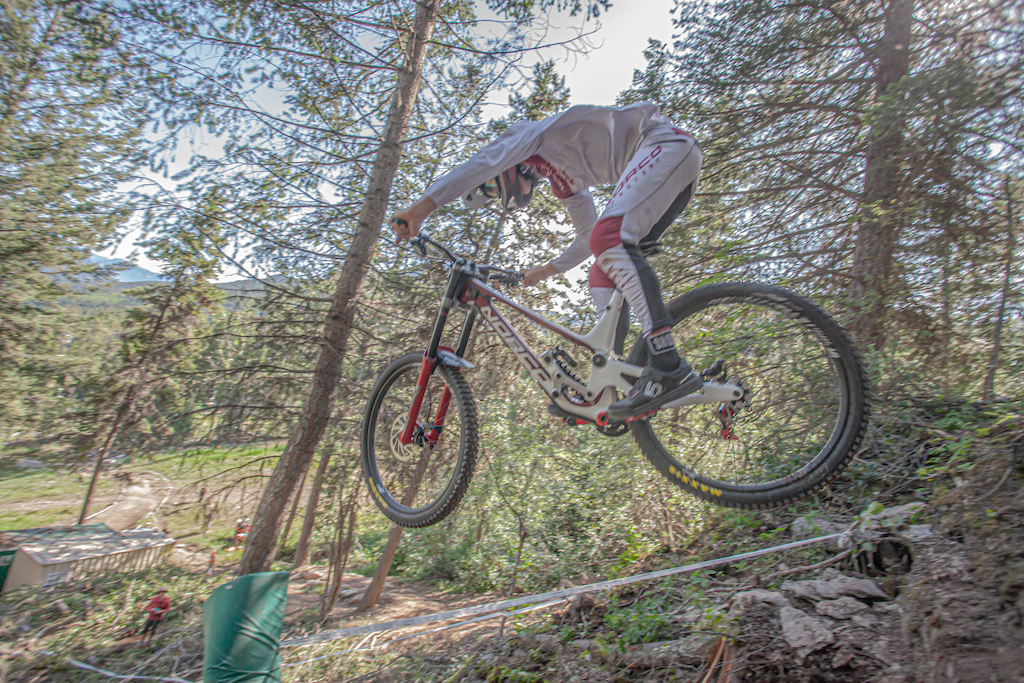 The top gravity athletes in Canada gathered at Panorama Mountain Resort to challenge for the 2019 National DH Championships. The DH race was part of Panorama’s inaugural Gravity Festival which included the first ever UCI sanctioned Enduro National Championship. 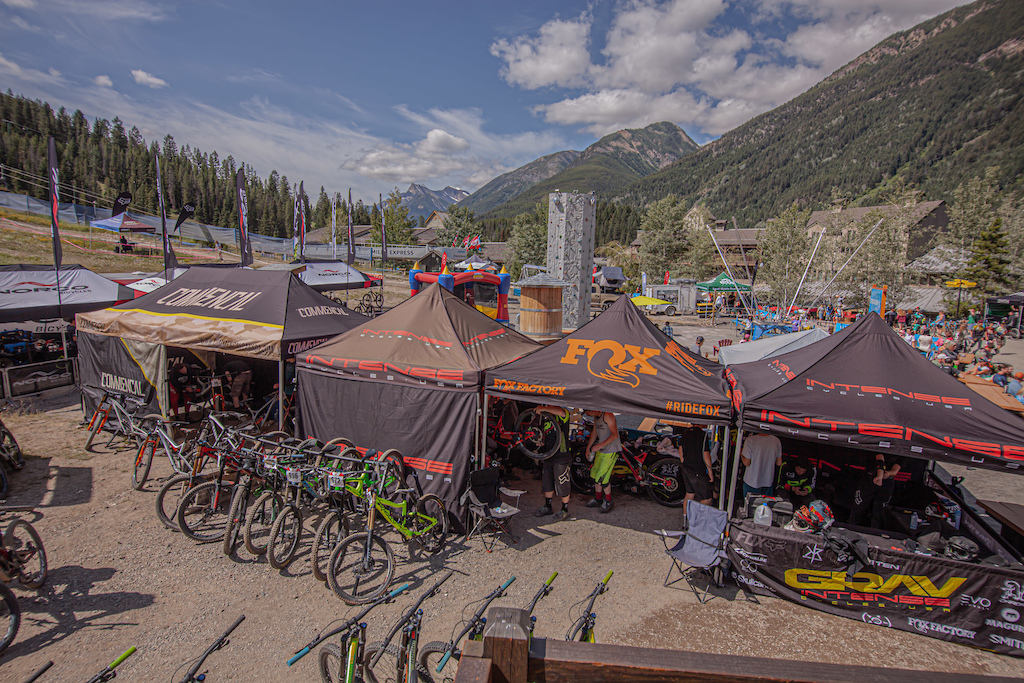 Mother nature brought the goods - a perfect day for racing 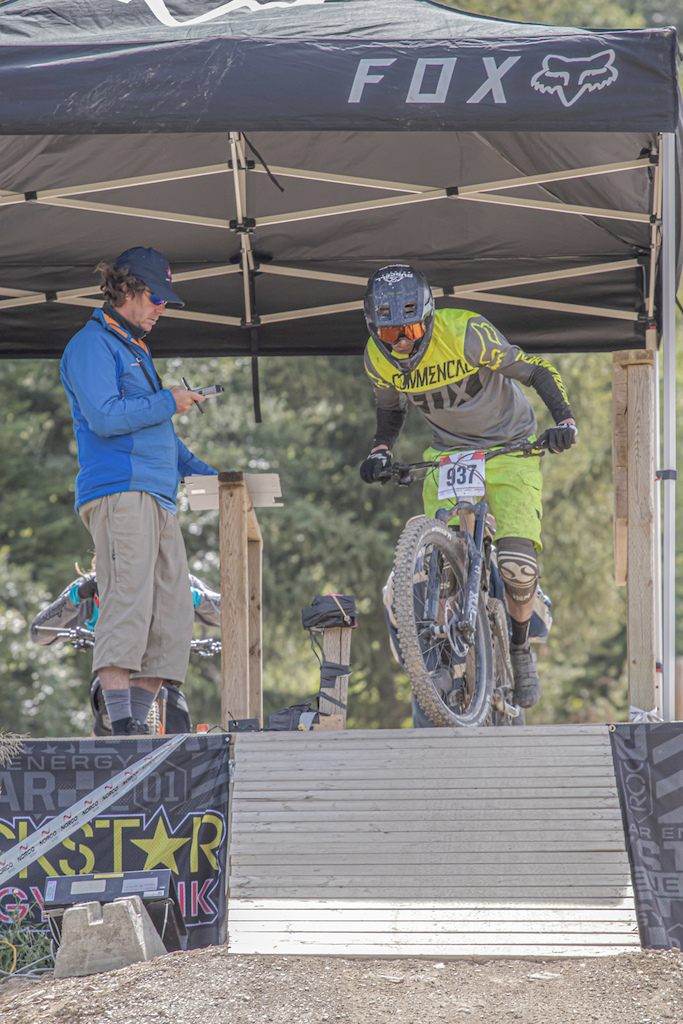 Once more into the breach.
In the enduro, Jennifer McHugh and Remi Gauvin came away with the maple leaf jersey. Having the two races happening over the same weekend at the same venue allowed competitors the opportunity to go for both titles. Both former Canadian and World Champion, Miranda Miller, and Remi Gauvin took on the challenge. Miranda, currently ranked 11th in EWS, impressively ended up on the podium in both races with silver and a bronze. Mr. Gauvin who holds down 7th in the EWS, ended up in a respectful 11th in the DH. 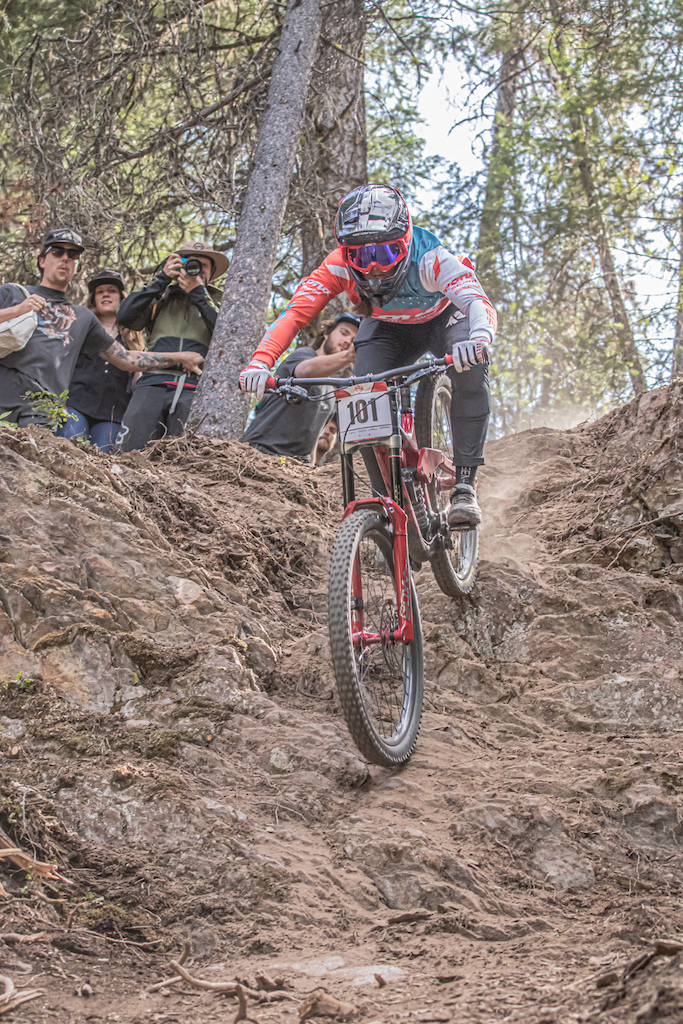 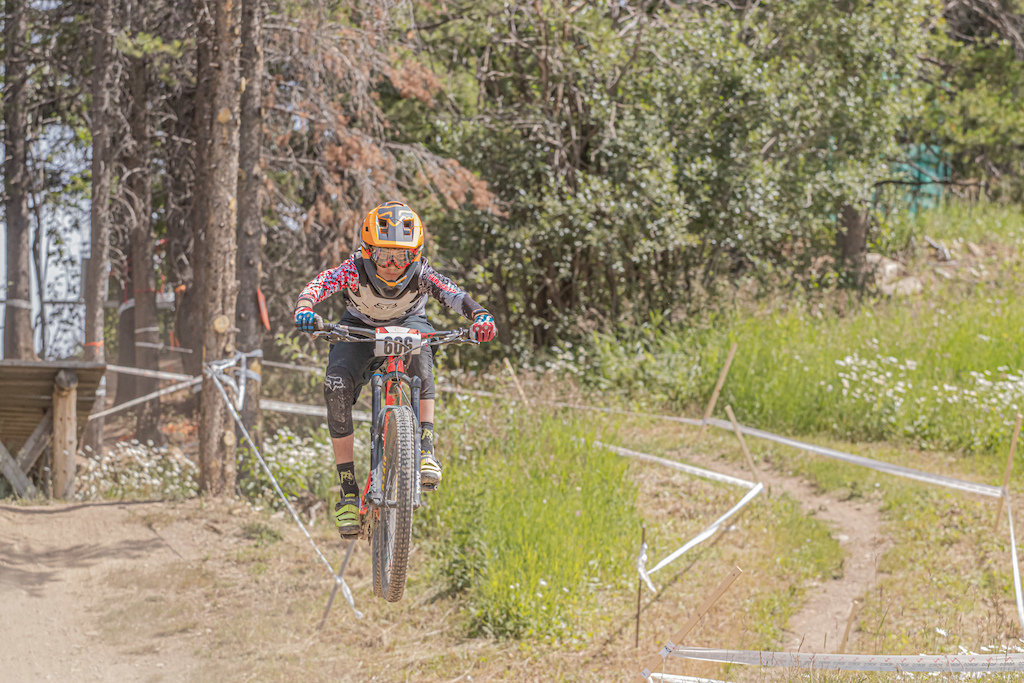 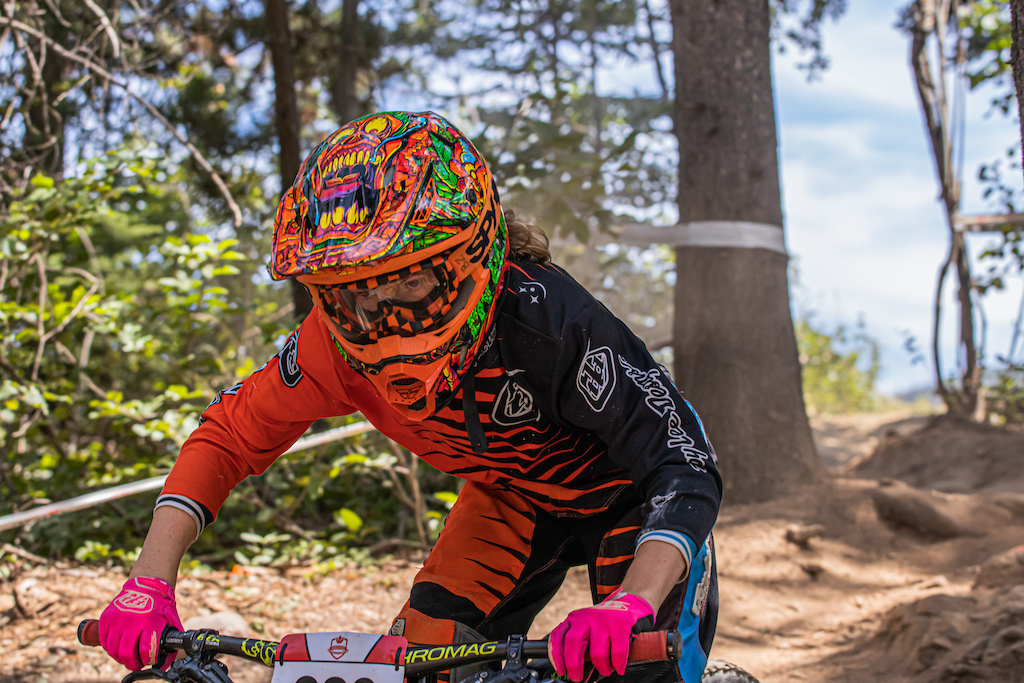 No matter their age all racers were pinned all weekend.
Over the past 7 years Panorama has been host to four National Championships title races. 2013 saw Stevie Smith take the title and since then the accumulative effect elite level racing has resulted in the creation of a purpose-built downhill racetrack. The seasonal tweaks, deletions, and additions may have resulted in a recipe that may finally be just right. This year saw the retirement of the infamous Dollar Sign section in favor of the vertical drop dubbed, Wall Street. This was the spot to watch as racers looked for that perfect mix of risk/ reward. This summer’s higher than average rain fall helped the track hold together throughout the weekend. 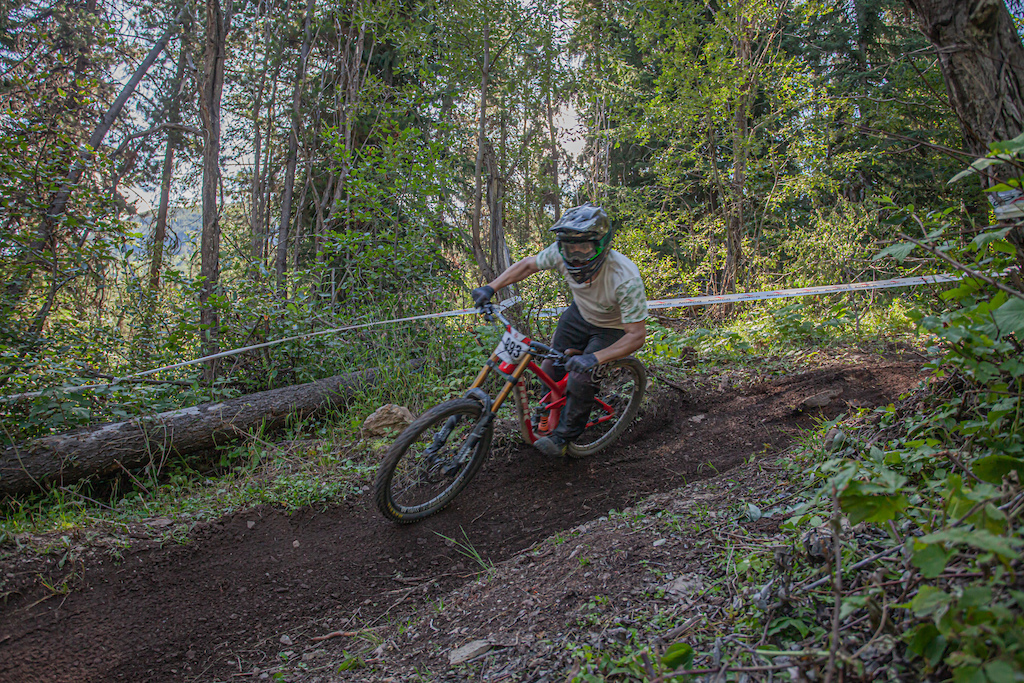 Cool temps and moisture during Saturday's practice allowed the track to hold together. 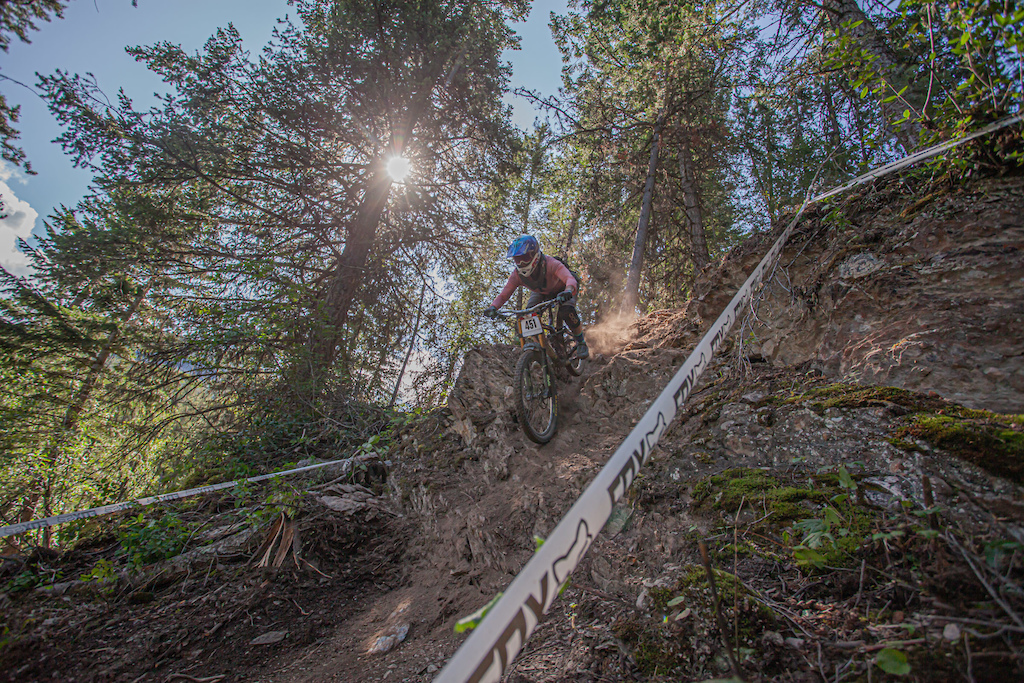 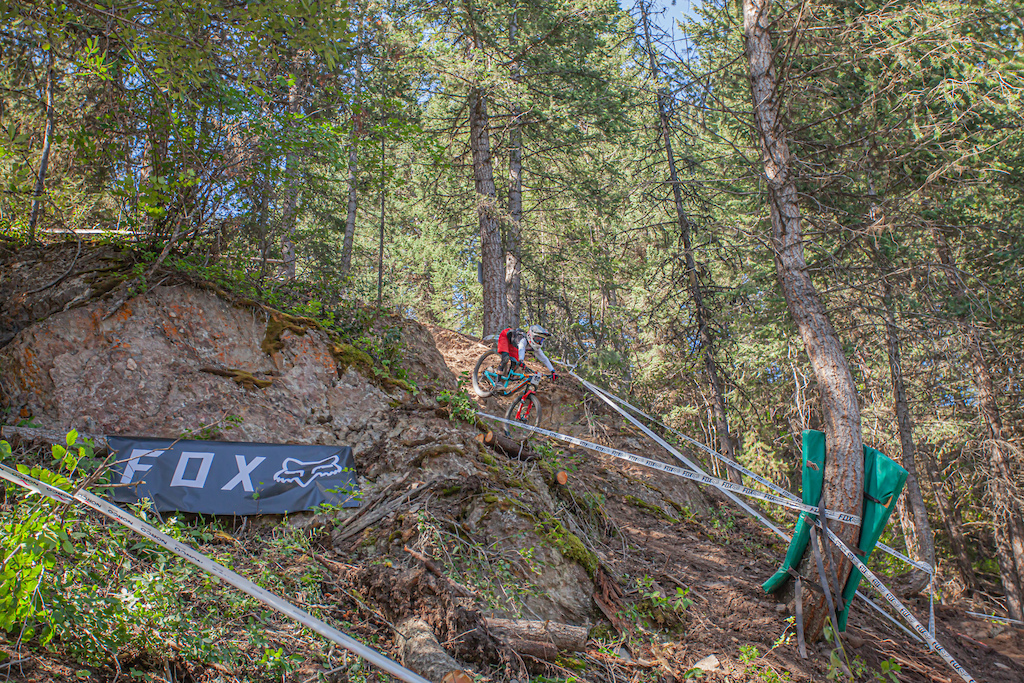 Wall Street before the crash. 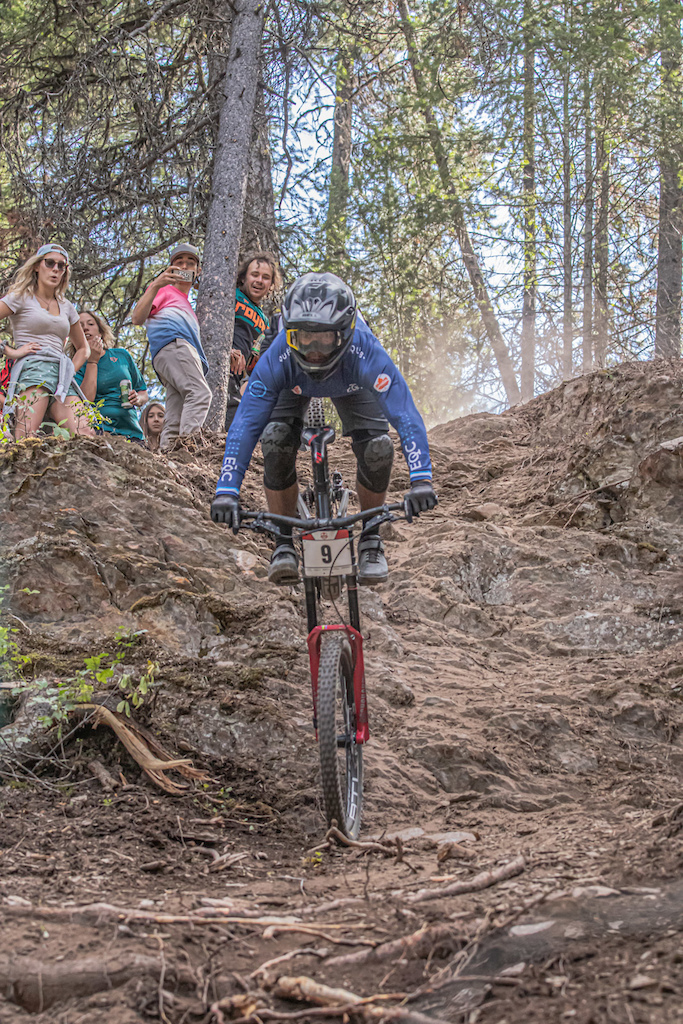 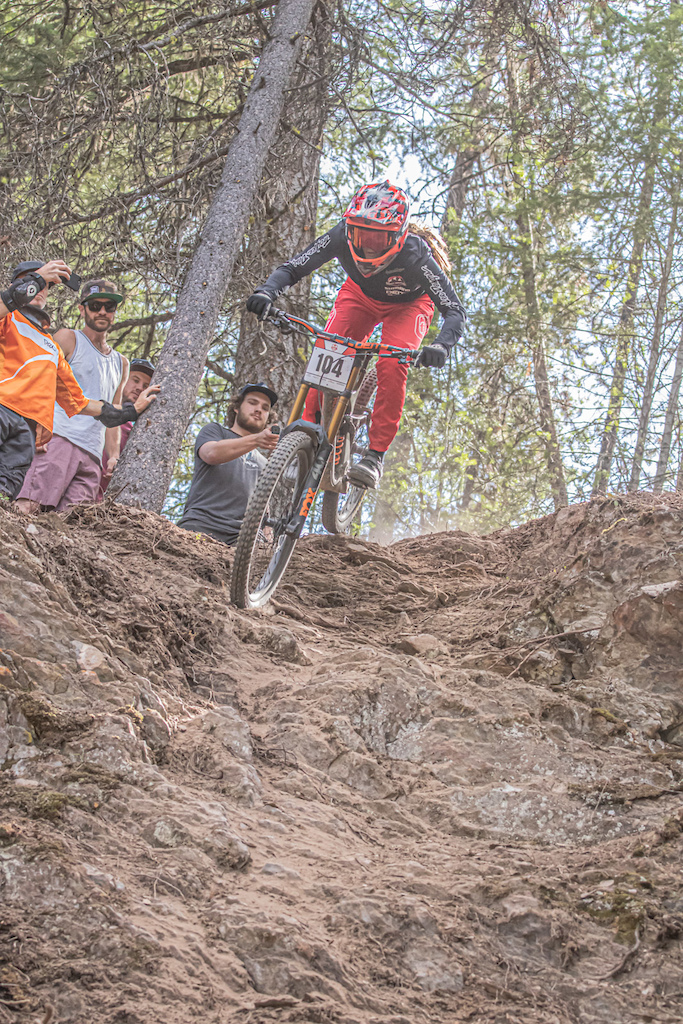 Vaea Verbeeck takes a stroll down Wall Street.
Canada’s racers have been stepping up their game at the World Cup level both in the juniors and in the Elites. Magnus Manson observed, “it’s almost like a World Cup” due to the depth of competition. With the likes of Finn Iles, Mark Wallace, Kirk McDowell, and Forest Riesco joining the reigning champ in the start you knew the racing would be fierce. 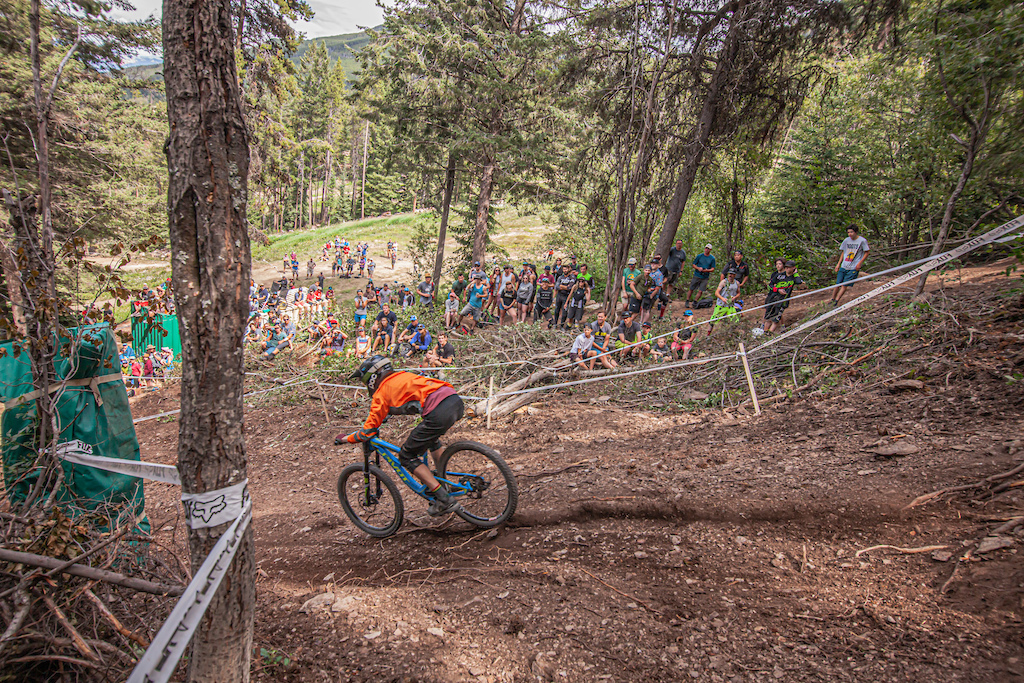 The crowd would double by the time the elites took to the track. 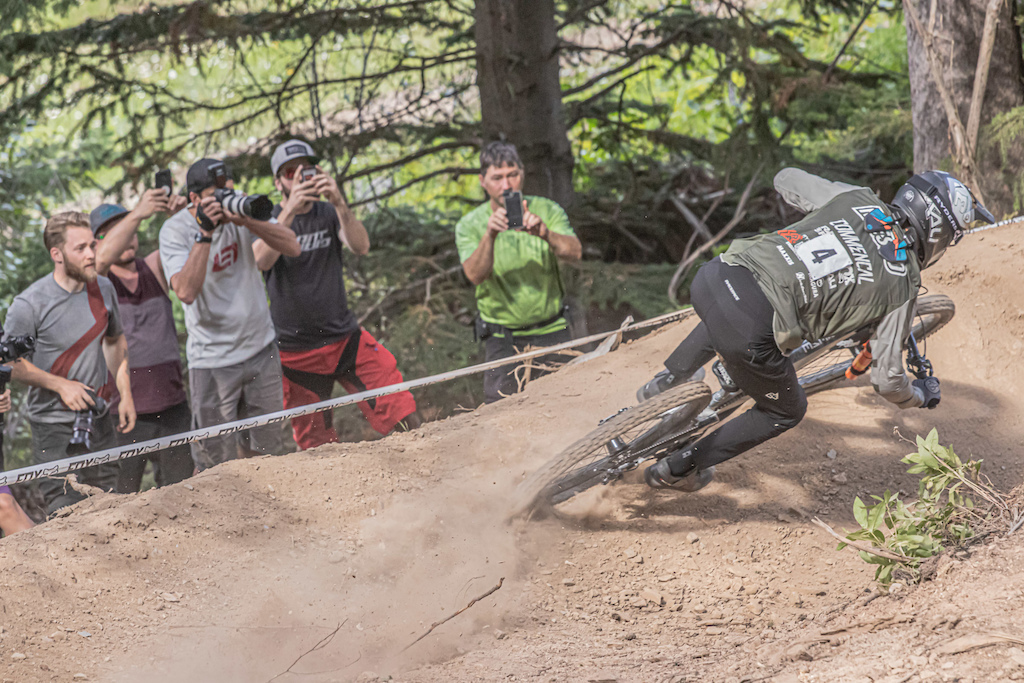 Forest Riesco rips into the berm under the din of the crowd.
The junior race had several current World Cup podium finishers with Seth Sherlock, Lucas Cruz, and Patrick Laffey on track to start the weekend. Unfortunately, Mr. Laffey was injured in practice and could not compete in Sunday’s final. 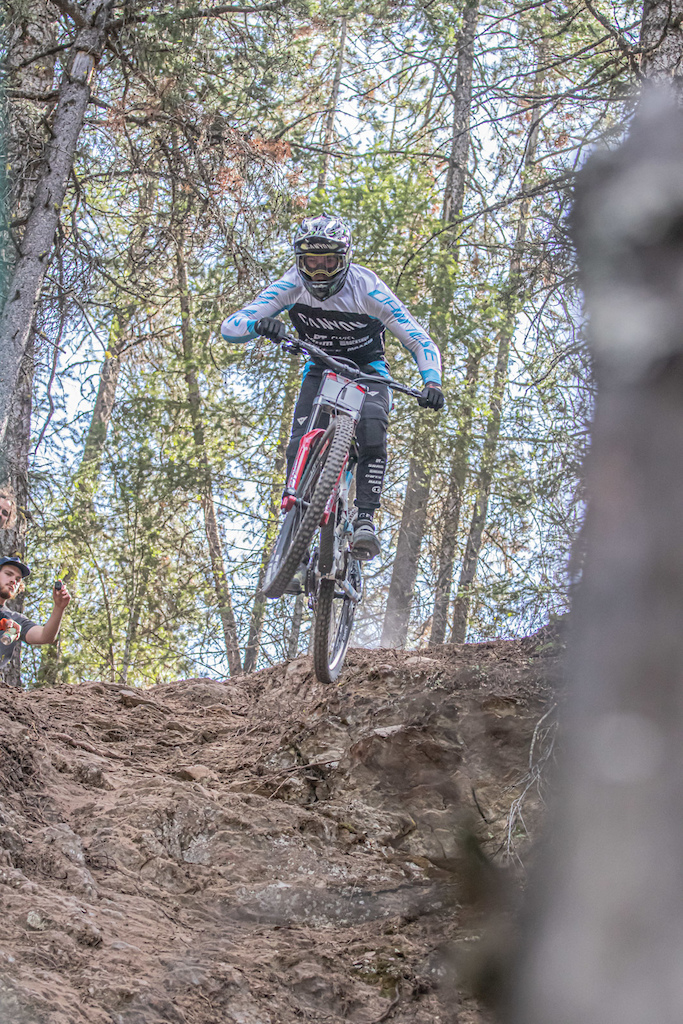 Wallace was on pace for the win when he took flight on The Wall. 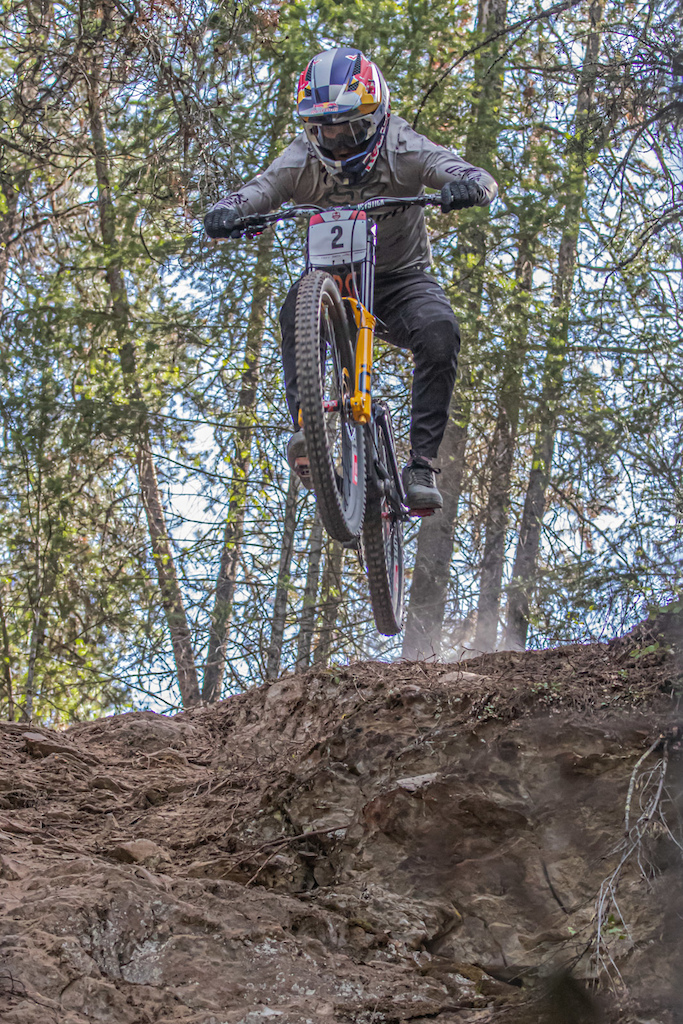 Iles made good on his reputation as Canada's fastest and most exciting rider.
Excellent track conditions allowed for some tight racing with the top three Elite Men finishing within the same second. Kirk McDowell was in the hot seat as 2nd fasted qualifier Mark Wallace dropped in. Wallace was on a flyer at the split over a full second ahead of McDowell. Unfortunately, an awkward off camber turn in sight of the finish line would dash Mark’s hopes for a National Title again this year. This left fastest qualifier Finn Iles in the gate. Finn made good on his reputation of being Canada speediest descender and secured the win with an attacking run edging out Kirk and Magnus taking his first elite national title by the slimmest of margins. 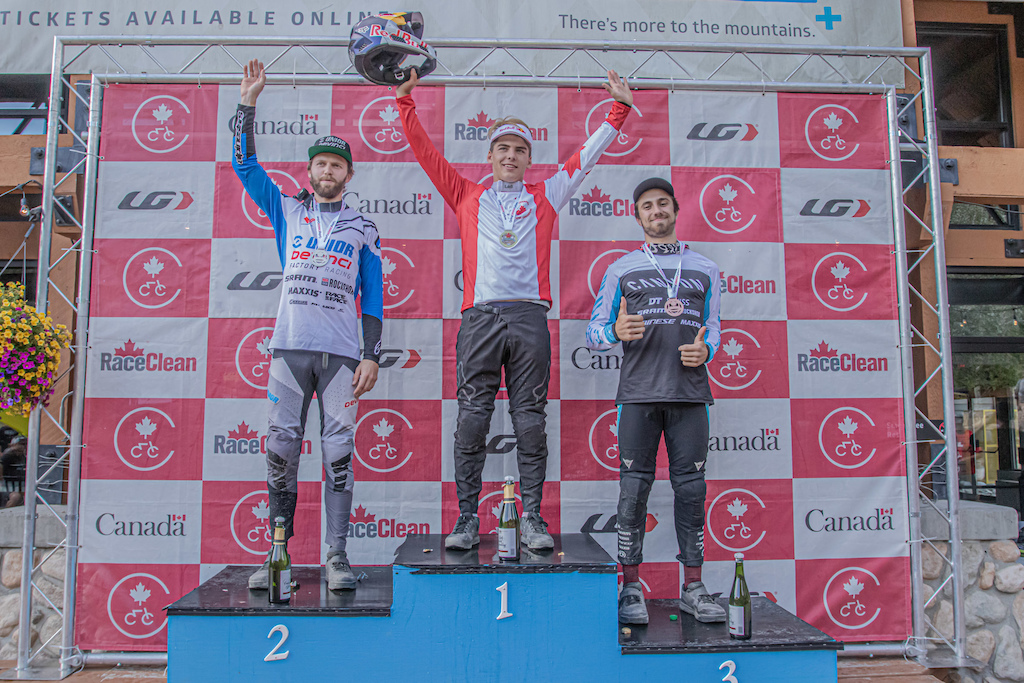 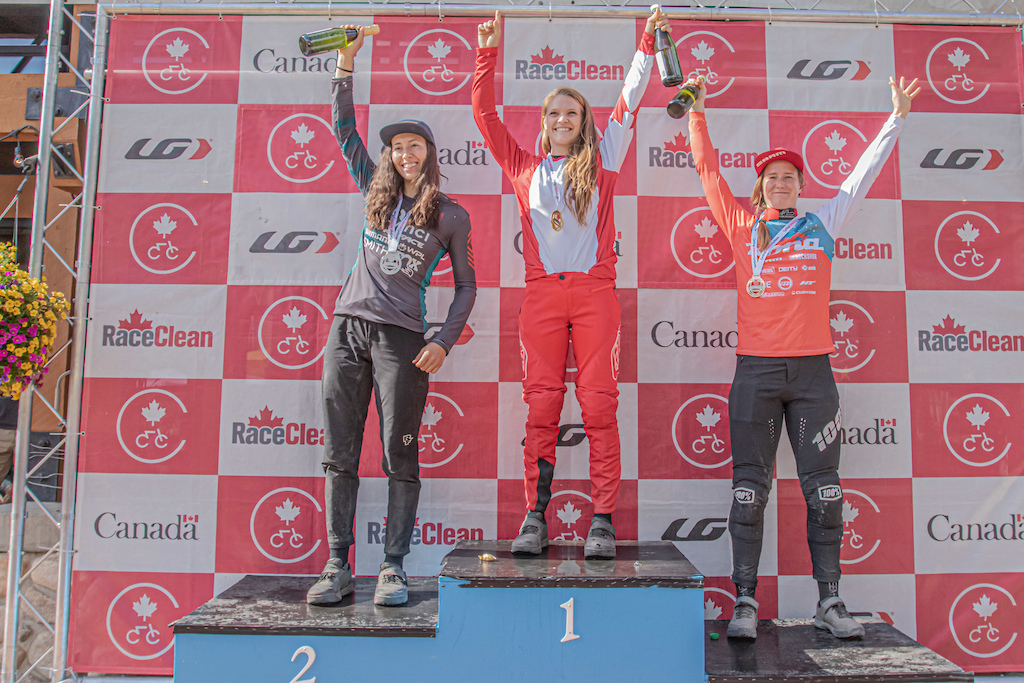 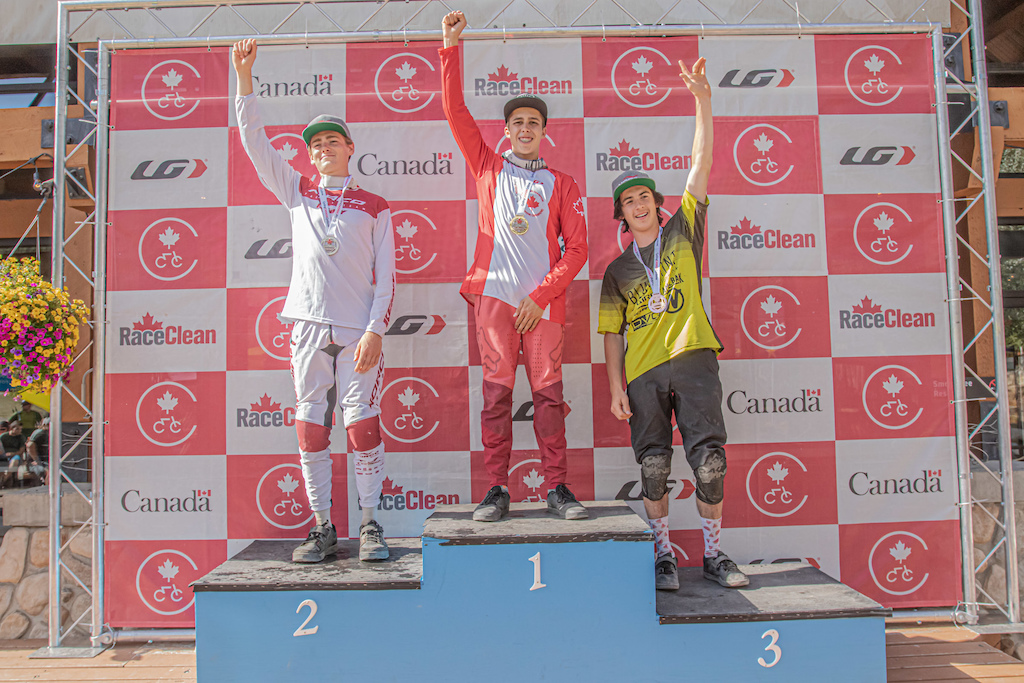 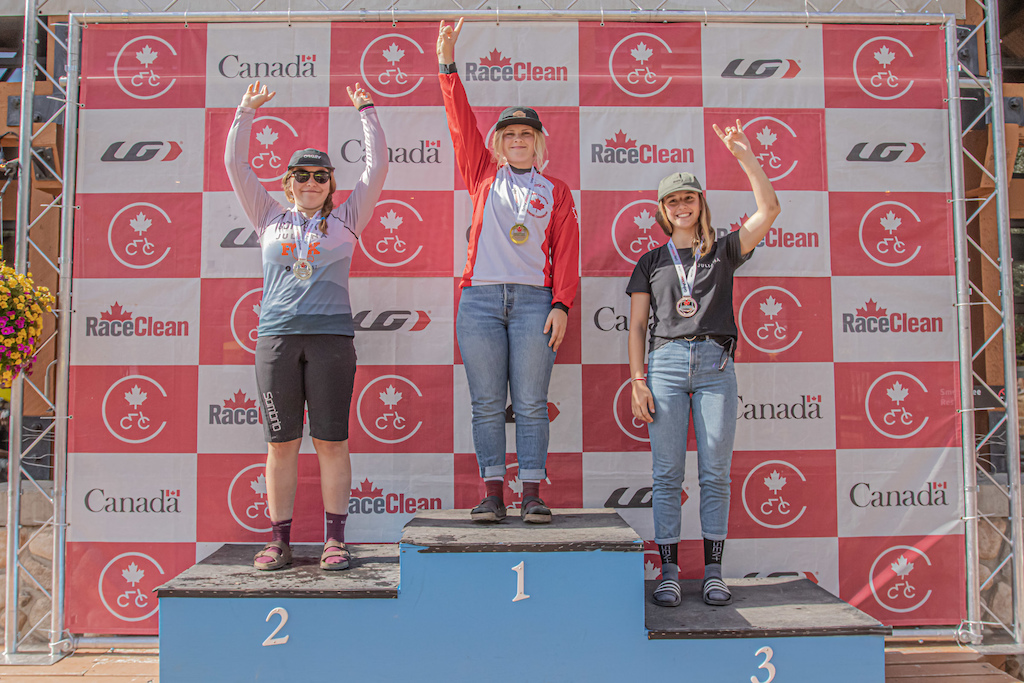 In the end, the Gravity Festival provided an amazing weekend of racing. Panorama worked with excellent partners and selfless volunteers to put together a weekend worthy of the strengthening gravity scene in Canada. A major thank you to everyone who touched this event from liftees to room attendants. Special thank you to Amy Green, Ted Morton, Owen Peters and the trail crew, Rachel Stickler, Norco, Fox Canada, Josh Peacock and everyone at Cycling Canada. It takes a team to make an event like this successful.

Finally, the best of luck to all competitors as we move into the back half of the season.

albikes (Aug 1, 2019 at 21:23)
So, excellent recap, but why no mention of young Bodhi Kuhn? He is the next Stevie Smith for Canada! I like him and his excellent family but his riding speaks for itself

da1994canucks (Aug 2, 2019 at 17:08)
Great to Canada’s best at the event. Next years will take the good things from this year and add a bunch more excitement and atmosphere. It’ll be a Steve Exley Event!!!!! @seracing