Ticking Many Boxes: the reality of training, demos and first aid!

Mar 10, 2014 at 23:46
by Rach-Elizzabeth
Tweet
The time has arrived for my first blog of 2014. It's been a really busy winter getting my bike set up ready to race and my fitness where I want it to be so that I can continue to build on the success of my first race at Northern Downhill's Northern Champs at Kidland back in October 2013. So, with the countdown to the first race of the season getting ever closer, two weeks to be exact, I thought I'd round up how things have been going - it's a long one so make sure you're comfortable and have refreshments to hand! 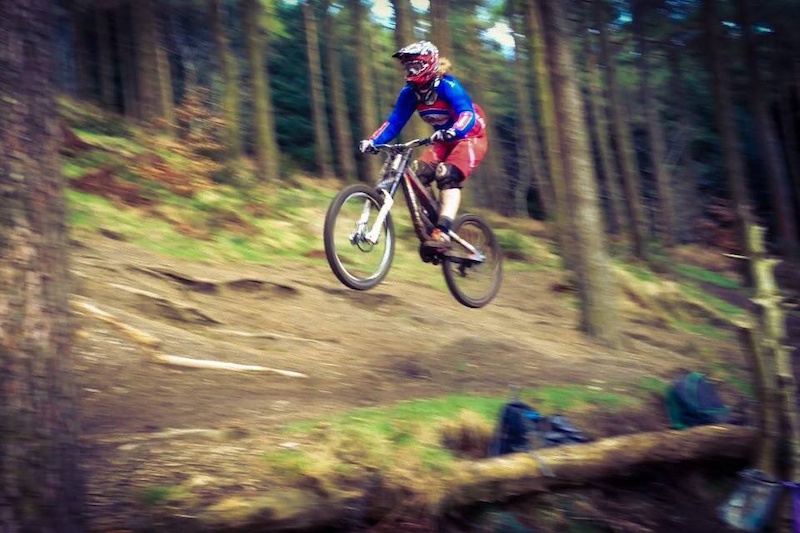 On some really dreary, soggy days, I've been spending a lot of time on our local tracks at Setmurthy, Cockermouth, sessioning and putting in the big pushes to test my physical and mental stamina on full runs. This has been helped greatly by what I learnt on my one to one training with Craig at Cyclewise. I've been so pleased with my progress since November, it's been a massive learning curve! I've had a few tumbles along the way, but to me that's all part of the learning and shows that I'm pushing myself harder every time.

The local boys had also been successful with their fundraising to get a BMX track in Keswick. So with my spare Christmas money I picked up a BMX and it's been one of the best things I have done. I can play for hours on it. With it being smaller I have found it easier to learn new skills on. I then can progress to doing those skills on the hardtail, before then attempting them on the big, heavy downhill bike! It's also doing wonders for my leg strength and sprinting stamina! 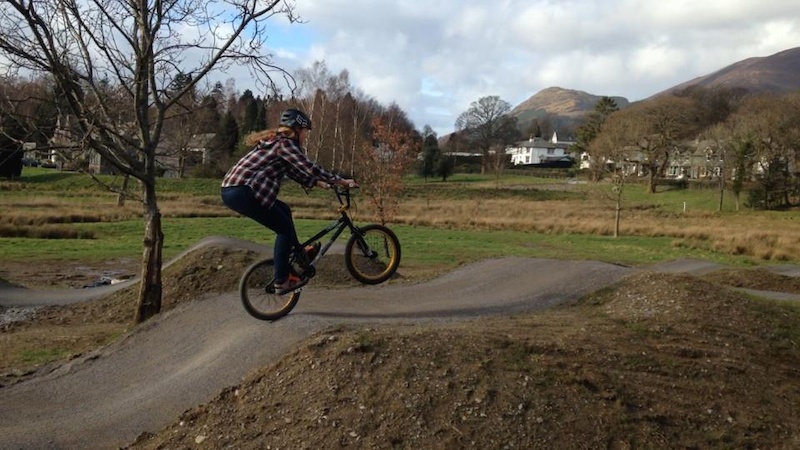 With things a bit slippery due to our lovely local weather we headed to Ae Forest, Dumfries in February to play on the drier, rockier track. This was a great day - despite having to push up! We sessioned the main line all morning, which resulted in me jumping my first stream gap!

Full of confidence, we headed over to the road gap on the Shredder. This is where the day took a bad turn. Whilst sat down, waiting for our friend, Jonty, to demonstrate the road gap a group of 3 riders came over it, they were travelling at some pace, the first rider rode it out, but the second got a bit too loose in the air and was unbalanced on landing, sending him into a forward somersault, due to his speed he then did another somersault but, either his helmet strap wasn't correctly fastened or it failed. All we could see was his helmet rolling 20m away from him down the track whilst he carried on rotating. His head wasn't a pretty sight and by the time we got up and got to him he had already lost a significant amount of blood from his head. I had always wondered, whilst sat on those long first aid courses, if I would be able to remember everything I was being told. When it happens, you do! Mark removed his fleece and used it to close the wound on his head and apply pressure. Imagine a giant upside down capital L running from the top of the head down to the neck. It was down to the bone. It's the worst thing I've ever seen. He had also punctured an artery through his elbow. So, Mark and Jonty dealt with the head injury while I called an ambulance and held pressure onto the elbow. It took 45 minutes. It was the longest, coldest 45 minutes of our lives as we stripped off our layers to keep him warm and then spent the time keeping him calm by convincing him that it was just a little cut and we were just being cautious calling the ambulance. I never rode the road gap that day. I did however have one last run down the shredder once I'd got my body warmed up and pushed any thoughts linked to the accident to the back of my mind.

Through some good luck, Tally of Uplift Scotland had some dropouts for uplift the following weekend at Ae so we got booked onto that and returned to put in some full runs on both the shredder and the full downhill track. Ae is quite a rough track and I was starting to suffer with my fingers and forearms cramping towards the end of the day. I had to find a solution to that and so through a bit of research and chatting to different people, I discovered climbing! 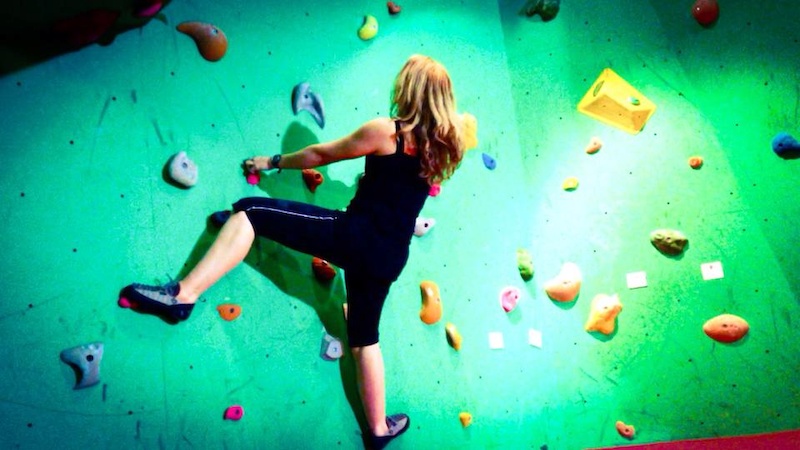 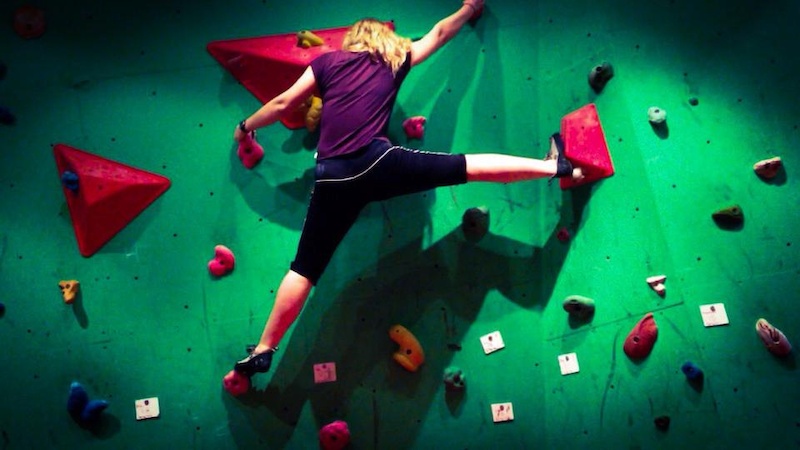 The difference in my core strength and the improvement in my pinch grip has been incredible after only a couple of weeks. It's a full body workout and has also improved my balance and flexibility - skills that are all needed on the bike! 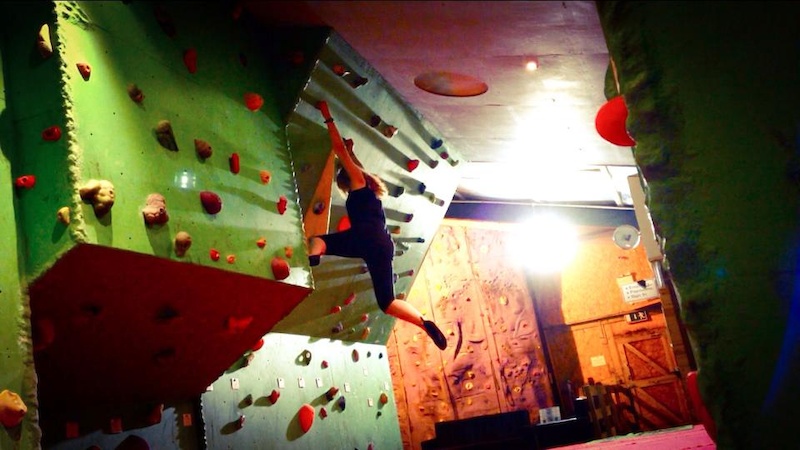 With my wrist strength improving I was then craving some hard rock garden action to test it out and so Mark and I set up our own crude uplift. We left his car at the Borrowdale Gates hotel where his mum works and took my car with the bikes up to the top of Honister. We rode down the bridle path from there, to Castle Crag and down the graveyard descent. 4 miles of descending heaven! That epic rock garden is one of my favourite places to ride and I feel so lucky to have it on my doorstep. Once at the bottom, we had tea and cake at the Borrowdale Gates still in our soaking wet gear and getting a few strange looks, before we took Mark's car up to collect mine and head home. 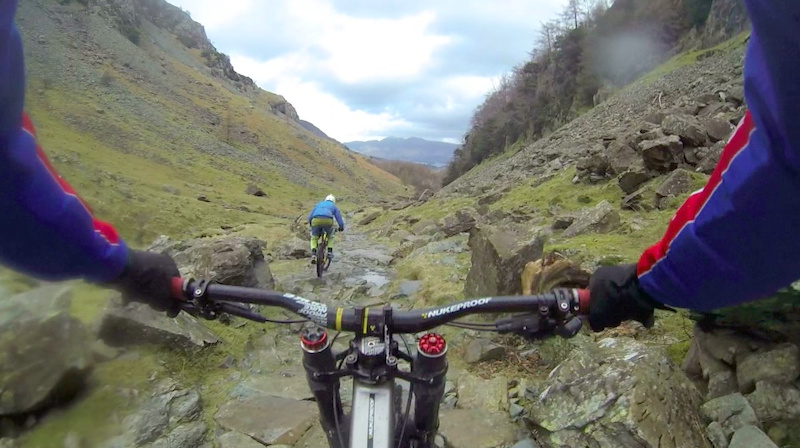 Living in Keswick is awesome so as somebody had parked in my private car parking space because Booths, the local supermarket, had no spaces left, I convinced Mark to do an uplift up Latrigg to finish the day. What a head wind! What a lot of mud!! But it was a good blast and by the time we had rolled the bikes through town and home there was space for me to collect my car and park up!

With my current knee pads taking a battering, I'm looking to get some new ones so Dan at Cyclewise got me to demo some of the Knox products they stock. Knox is a local company based in Cockermouth. They attended a Cyclewise demo weekend last year and I was incredibly impressed with their demonstration back then. They had a tube with the pad material at the bottom and dropped a really heavy weight down onto it. The difference between with and without the pad was incredible and put a whole new perspective on the role of padding and protection. With this in mind I demoed the Defenders playing on the big bikes at Whinlatter. With having muscular calves I was a men's large and found them to be a really good snug fit. I loved how the material came further down my shin than my current pads - it made them feel really secure and didn't put pressure on the back of the knee when I flexed to pedal. The actual padding is also not as bulky as my current pads, so kept my knees cooler, and with seeing the materials put to the test on that demo weekend I didn't have any doubt in the protection that they offered. That was a productive afternoon - I also pulled my sickest manual on the downhill bike to date!

Pancake day was my chance to demo the 2014 Mondraker Foxy 650b at the Cyclewise social ride. I usually stick to the Yeti SB66 but with the length of the top tube I'm stuck between sizes. The small is playful but I'm knocking my knees, and the medium is just that touch too long that makes it a bit too sensible. I took out the medium Foxy. I stuck to the purple route as I wasn't sure how I'd get on with the slightly bigger wheels and the geometry. I needn't have worried. It was special, like really special. With the longer wheelbase I felt like I was descending on my downhill bike but, it was better, it was lighter! And then, I could actually pedal it back uphill again! Mark had tried the 2013, 26 inch wheeled version last year and found the top tube slightly too long making switchback climbs really hard work. The tweaks they have made to the geometry for 2014 has transformed the Foxy into an epic all mountain bike. I chased Dave down Red South and on the loose slatey shale it drifted through the berms with effortless stability, it accelerated as soon as I put pressure on the pedals and I literally just had to think 'manual' and it was ready to play! I loved it. If I was buying an all mountain bike, it would be a Foxy. The best full suspension bike I've ever ridden to date!

And now, to this weekend just passed. Innerleithen, my birthday. With being teacher, I have to stay on top of my game to resist falling victim to the sniffles and I almost lost the battle this weekend, but a good dose of rest, medicine and a ride on my dude of a pony Roscoe brought me back to life. 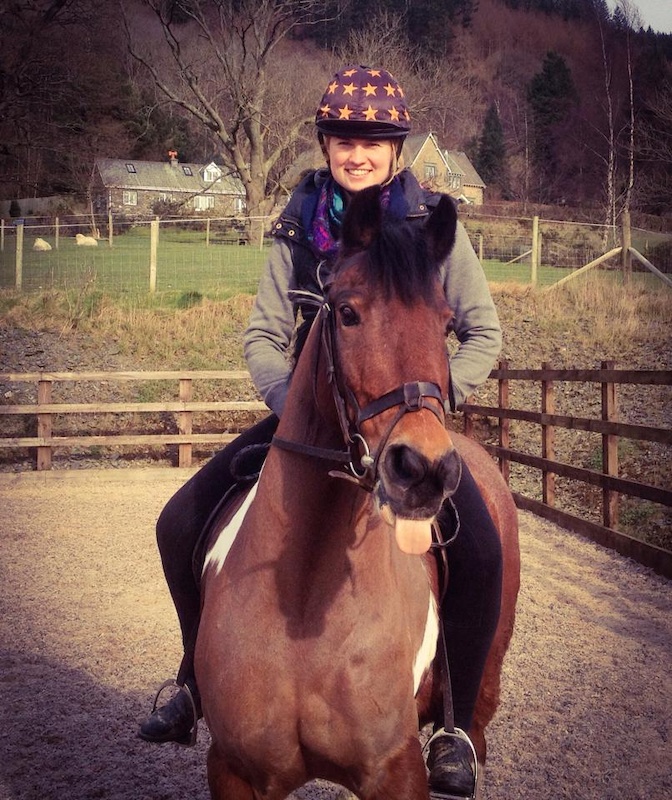 It was the best birthday ever. Six of us booked on the uplift, myself, Mark, Jonty, Dan, Rowan and Kat. Dan and Rowan were our guides. It was my first time at Inners and with the race only being two weeks away I wanted to try and ride everything. It was brilliant, 10 runs, speedy uplift service, great company and descending 15000 ft in total over the day! Oh, and we also got lucky with the weather - we were almost riding in dust! All in all I left there full of confidence in my ability and my fitness and also loving the set up on my bike - my new Shimano zee brakes had a good bedding in, and the new hard spring in my forks is giving me the feel I want over the variety of terrain that I encountered.

This coming weekend I have a group race prep training day organised by Endeavour Coaching at Descend Hamsterley with Junior World Cup rider Dan Farley on hand and then the following weekend it is back to Innerleithen for the start of the 2014 race season!