Jun 5, 2013 at 8:59
by Ride The Cariboo
Share
Tweet
22 Comments
The Peel Out Mountain Bike Festival in Williams Lake is becoming an annual tradition for riders to make the pilgrimage to the Cariboo over the May-Long Weekend to kick off the mountain bike season. As part of the festival, the Consortium has released a new video that profiles some of the riding the Cariboo has to offer.

In 2013, we released an edit of the new Snakes and Ladders trail. Back in 2012, we released our first video called Let The Good Times Roll, which featured our sponsored riders James Dorefling and Cory Brunelle shredding Fox Mountain and the Westsyde in Williams Lake.

The film was produced in the few days leading up to the Peel Out. With rains pounding the area the week before the festival, Solos Productions and the riders had just two short days to prepare the edit. After a greasy first day which claimed one of the riders and wrapped them around a tree, it was game on for Solos and the boys who pulled off an edit for the ages.

The track is from Drum and Bell Tower, a local music act from the Cariboo who produced the song 'No Gods' specifically for the edit. 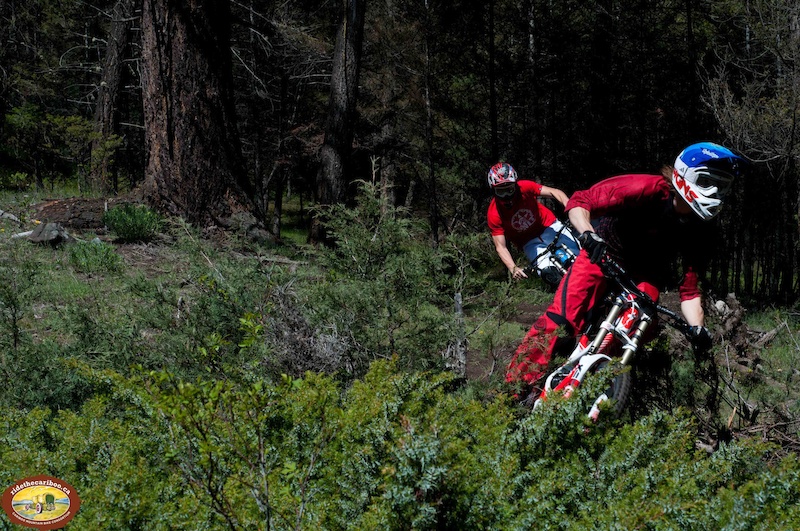