The SCOR collective has travelled from all over the world to meet up in British Columbia and embark on a Canadian Odyssey together.

With prankster and wildlife enthusiast Ludo May hailing from the Swiss Alps, all-around shredder and unknown cowboy Kasi Schmidt from Germany and man of few words but many tricks, Thomas Del Gatto from France, this eclectic group will experience as much Canadian as they can take in, from backcountry animal ‘safaris’, Canadian culinary staples like maple syrup and poutine, learning to utter the words ‘Eh’ and ‘Sorry’ in the same sentence, and of course the best mountain biking on the planet.

The intrepid European travellers arrived in Canada and were quickly packed into a right-hand drive van, replete with Canadian memorabilia and trinkets, like a can of maple syrup (break open in case of emergency), a bobble-headed Canadian Mounted Police figurine, an entire herd of miniature moose, and finally a Canadian staple, a box of Timbits from the unofficial restaurant of Canada, Tim Horton’s. 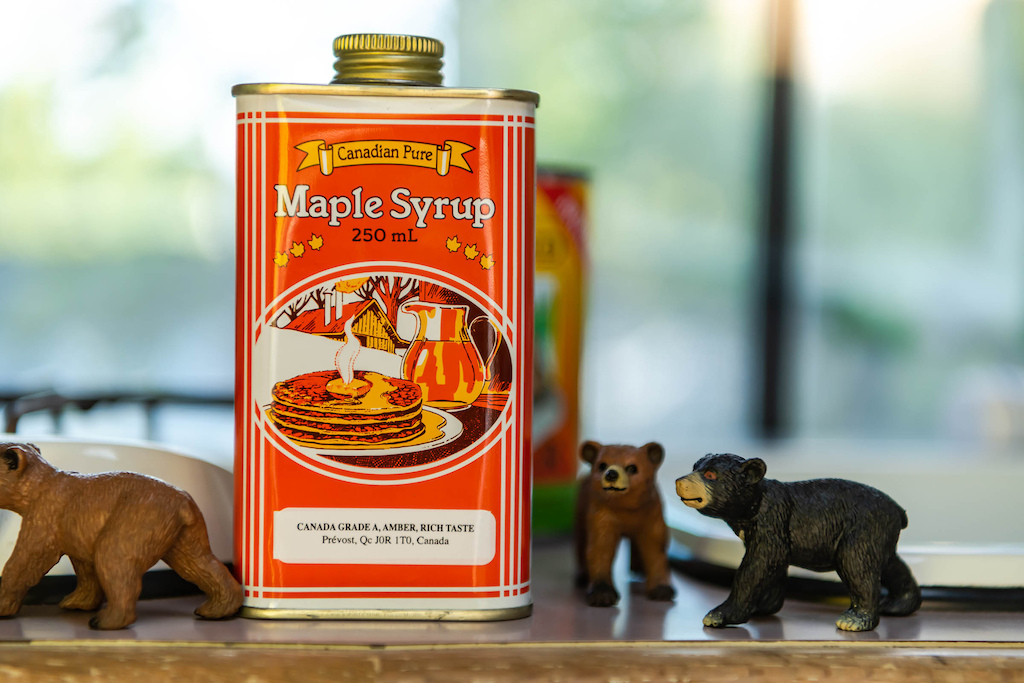 And while this may seem like a lot of things to throw at this jet-lagged crew of travellers, it isn’t the only thing the Canadian team tosses their way immediately.

Within a few hours, the Europeans are standing on top of the largest rock slab in North Vancouver, staring straight down a three-storey behemoth and wondering what they have gotten themselves into. 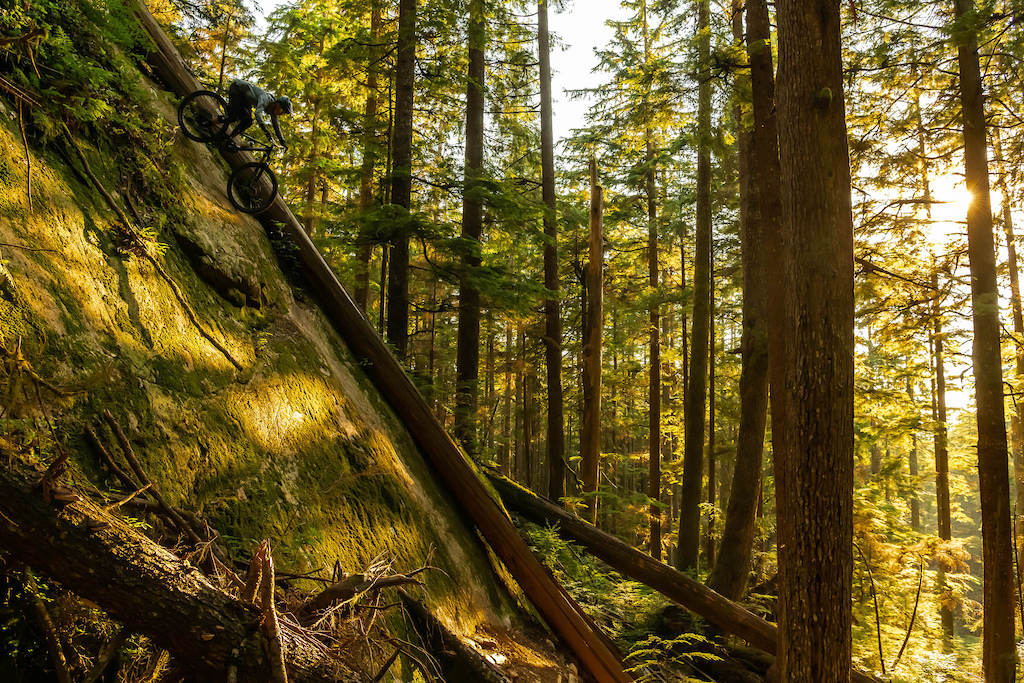 But the Canadian film crew soon learns that what we have on our hands as a riding crew are a bunch of rock-solid riders keen to step up to the biggest challenges. And so begins two days of massive rock rolls, technical root sections, the skinniest of ladder bridges and….a flow trail? 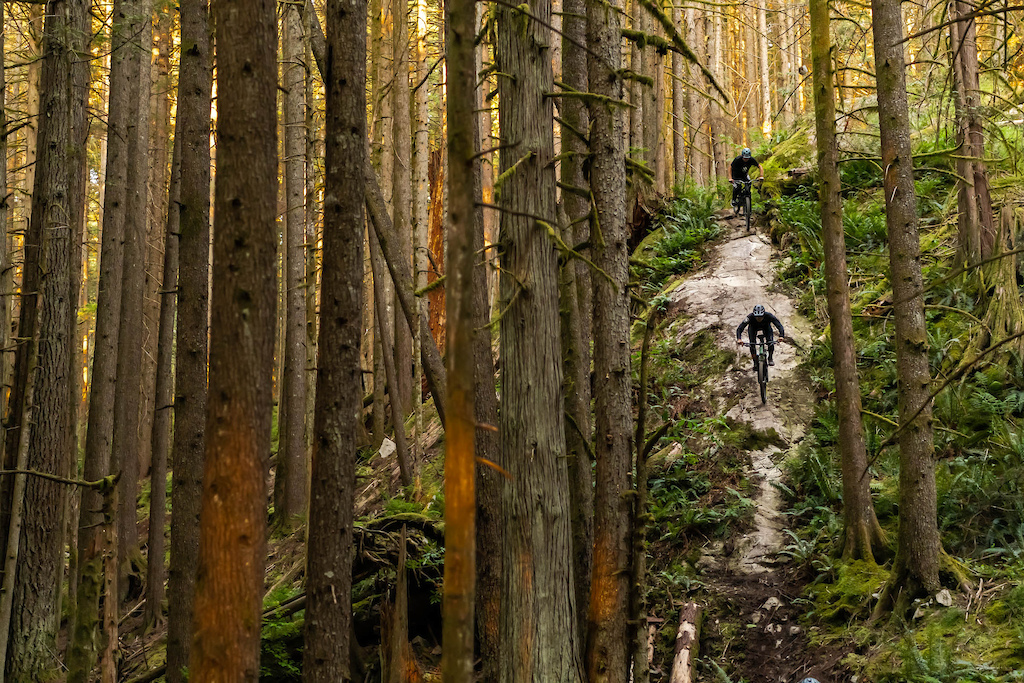 While most of those things are synonymous with the North Shore of Vancouver, finding berms and jumps on the Shore isn’t normal. But honestly, this trip is anything but normal, so the crew rolls with every twist and turn of the trail, going with the flow because that is what a true road trip is all about. Have a plan but always be ready to deviate from it at a moment’s notice. 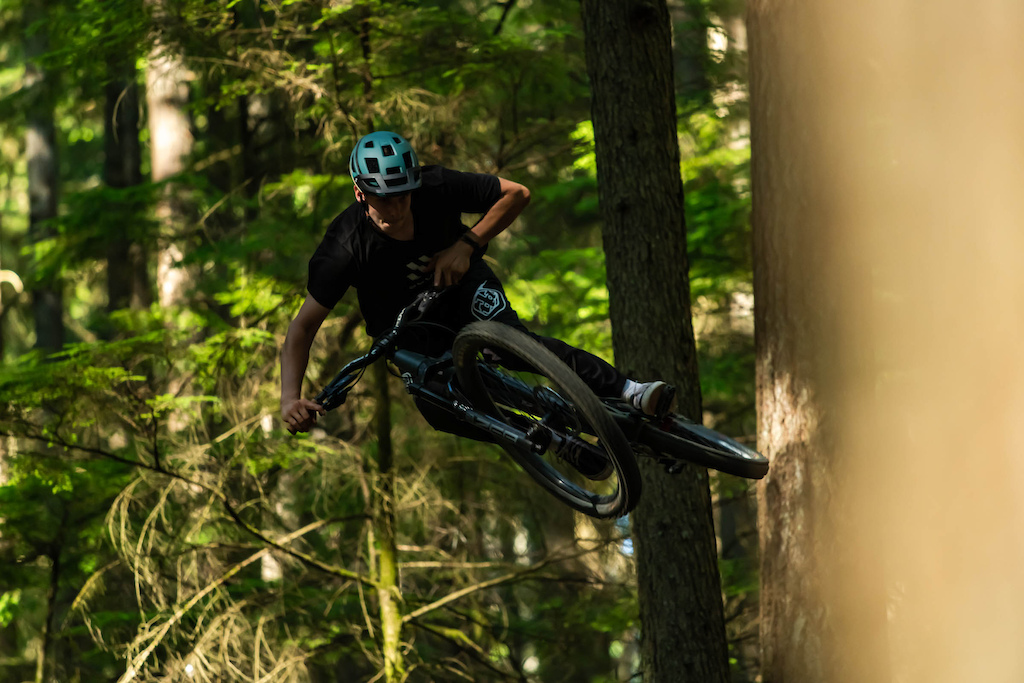 Be open to new experiences and willing to try anything at least once, so that you can live without regrets when the trip finally comes to an end.

Yet this trip is far from over… it has only just begun. 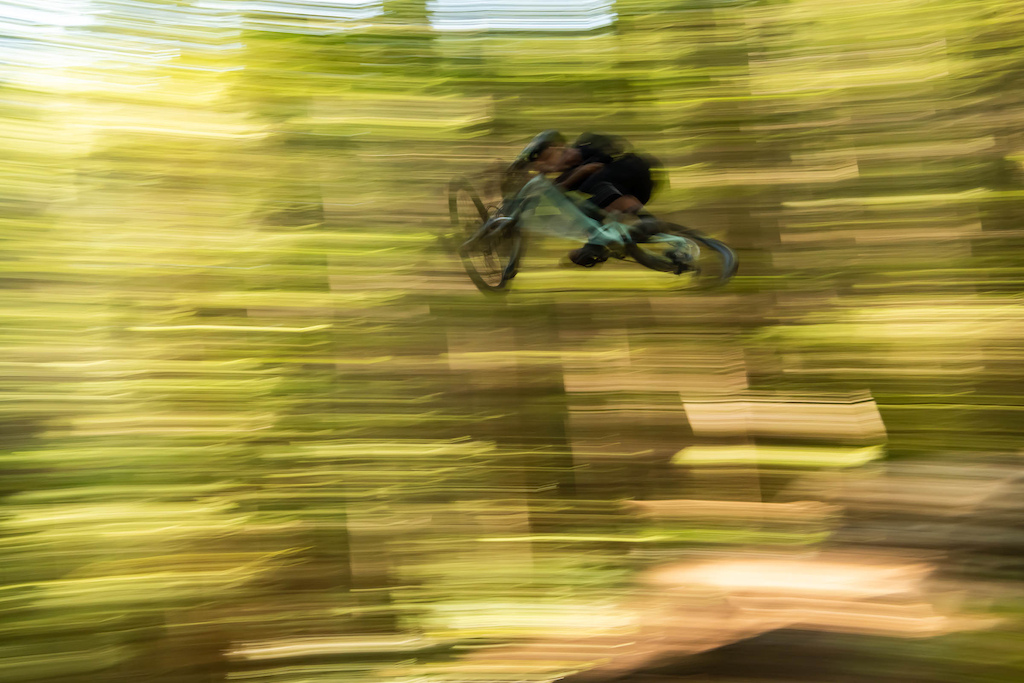 hugoknowler (Aug 20, 2022 at 22:32)
proper good video. put together like a full blown factory edit and it's just some dudes ripping in a van.

nobrain (Aug 22, 2022 at 4:27)
this is shows teh spirit of european coming into BC happy face smile challenge and meeting history of the sport Loving it!

Can't you do a Canada trip and be even a small amount original and creative?