The Berm2Berm concept has been a dream of mine since we first started planning the different shoots/locations for “Deathgrip” in 2015. The original idea was to have a track built in a grassy field, where you had to jump from feature to feature, or berm to berm never touching the grass. The inspiration came from when we were kids and crossing the street without “touching lava.”

Though it seems easy enough to build a track like this, that couldn’t be further from the truth. Having found an ideal spot, challenge number one is bringing the dirt in while trying to keep the grass “nice.” Driving 16-ton machines and a dump truck around in a grass field isn’t the best way to keep things tidy. Throw in typical English weather and this build, let alone the shoot, was one of the toughest in memory. 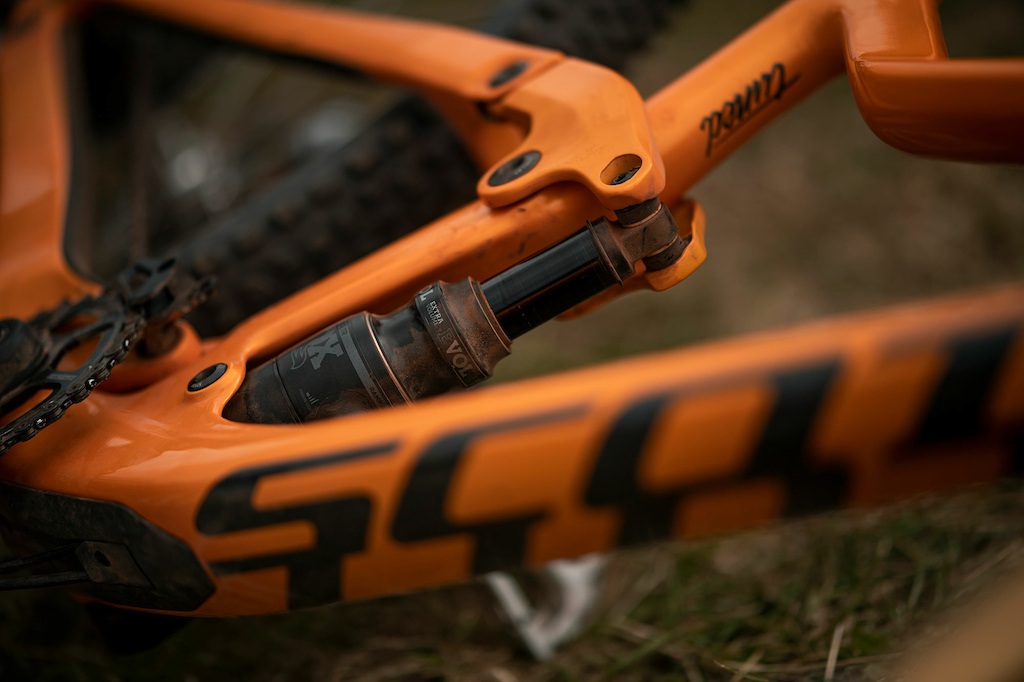 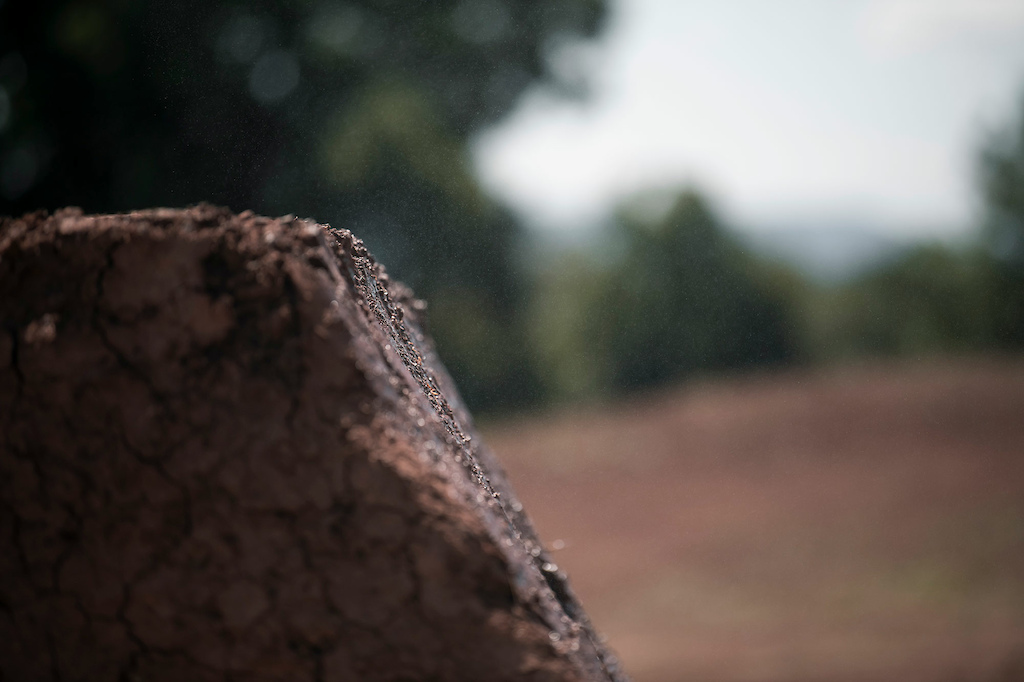 Riding for me is as much about the cool locations as it is about the crew and the people you surround yourself with.

I chose to film this section with my good friend Olly Wilkins and long-term Monster Energy teammate Sam Pilgrim. For me, it was evident to get Olly involved with this one. Not only do I think he has some of the best style in the game, but he was there from the word go with a shovel in his hand to help with the build. He was also part of the first “disaster” with this concept in “DEATHGRIP”, so we both needed some closure.

Now Sam, I had never filmed anything on this level with Sam before. While we’ve ridden together tons over the years, this would be a first as part of a bigger production. He did not disappoint. His style is very different to Olly’s or mine- he brought a huge bag of tricks to the line and really kicked up the vibe, it was rad having him along! He was sending tricks that I never thought possible on such a line – he killed it.

I really must thank these two for their patience, and for everything they gave the shoot. We spent days standing around and waiting for wind and rain to stop to end up only shooting half a day – true friends they are :-). 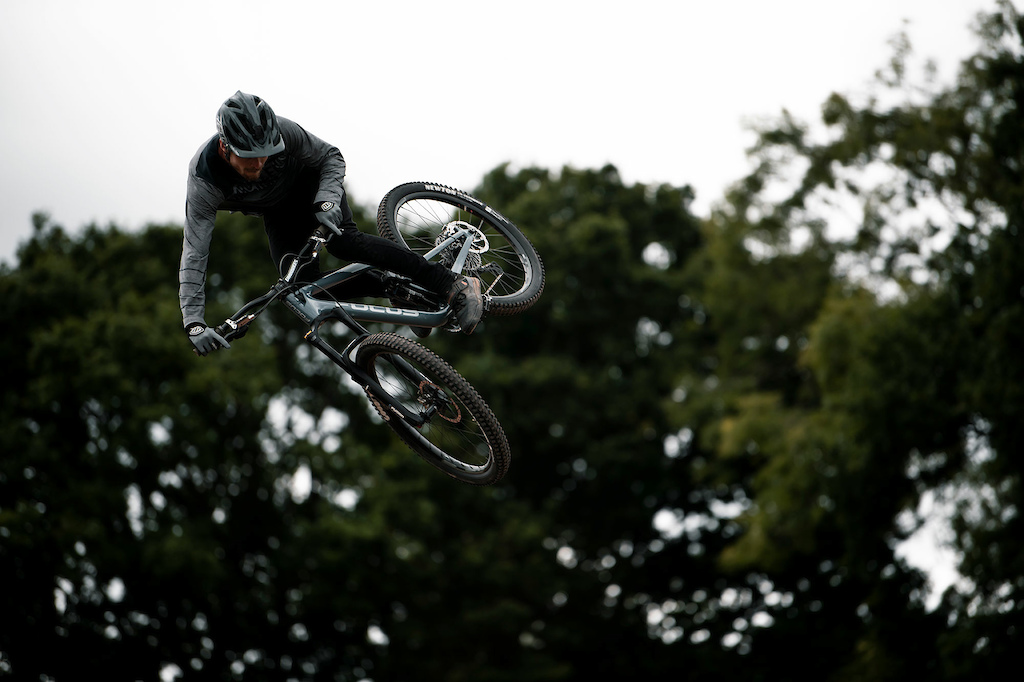 The dirt we were working with wasn’t very good for building. It was impossible to work by hand, so everything had to be done with a machine. From the word go, things were messy, not how I like it. Yet, here we were, we had to make the best of it. Fortunately, we had a world class crew of cameramen, shapers and riders, so nevertheless we would come away with something.

Over the years I’ve learned that there are many things that can go wrong with a shoot. Once the track was built, we now had to wait for the right weather to shoot. Throw in some COVID-19 related delays and things just became more and more complicated.

It isn’t always easy. It shouldn’t be always easy. In the end, I’m in a profession built on the foundations of hard work, and that work doesn’t stop when the success comes.

This was one of the first projects in the last 10 years of my career where I’ve had to throw in the towel. After months of preparation, building, testing and organizing, we were left with one good afternoon of filming before the English winter started to arrive making conditions un-rideable for such a track. 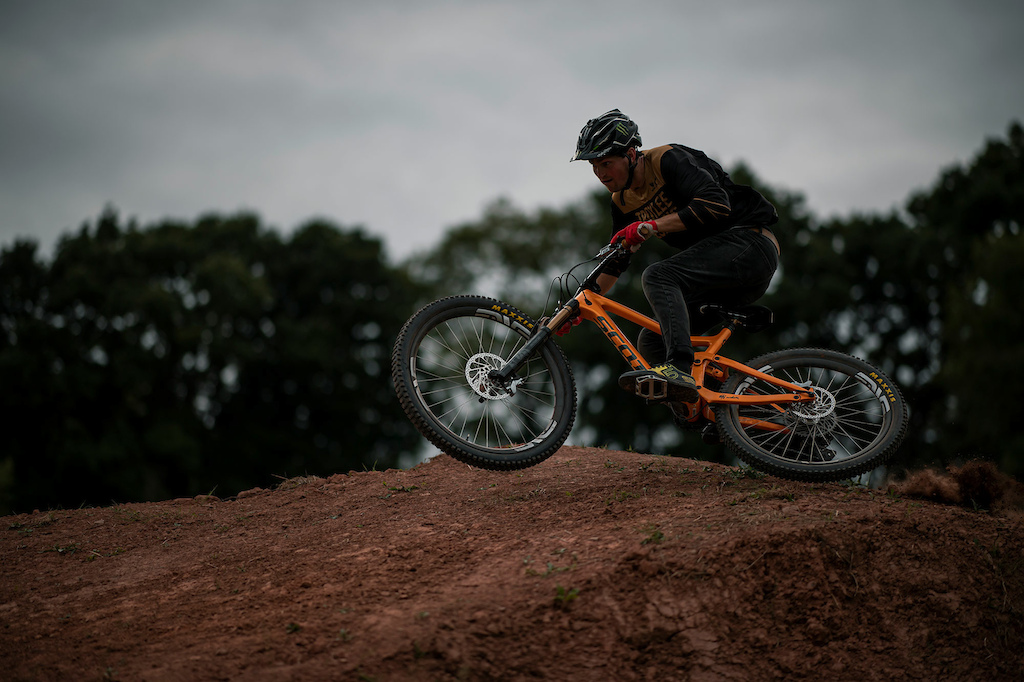 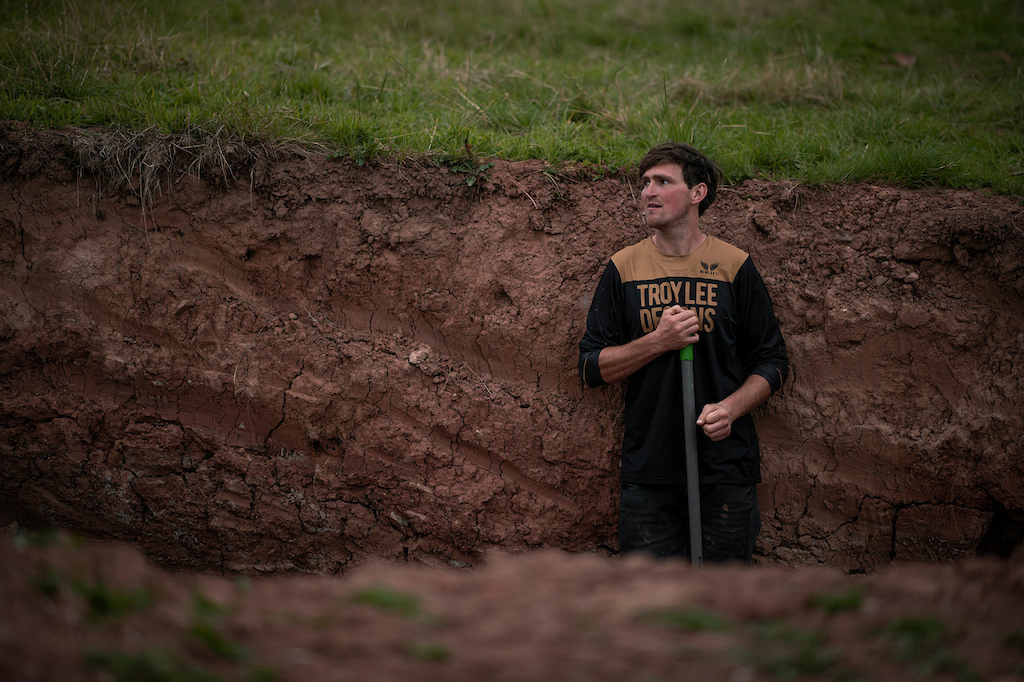 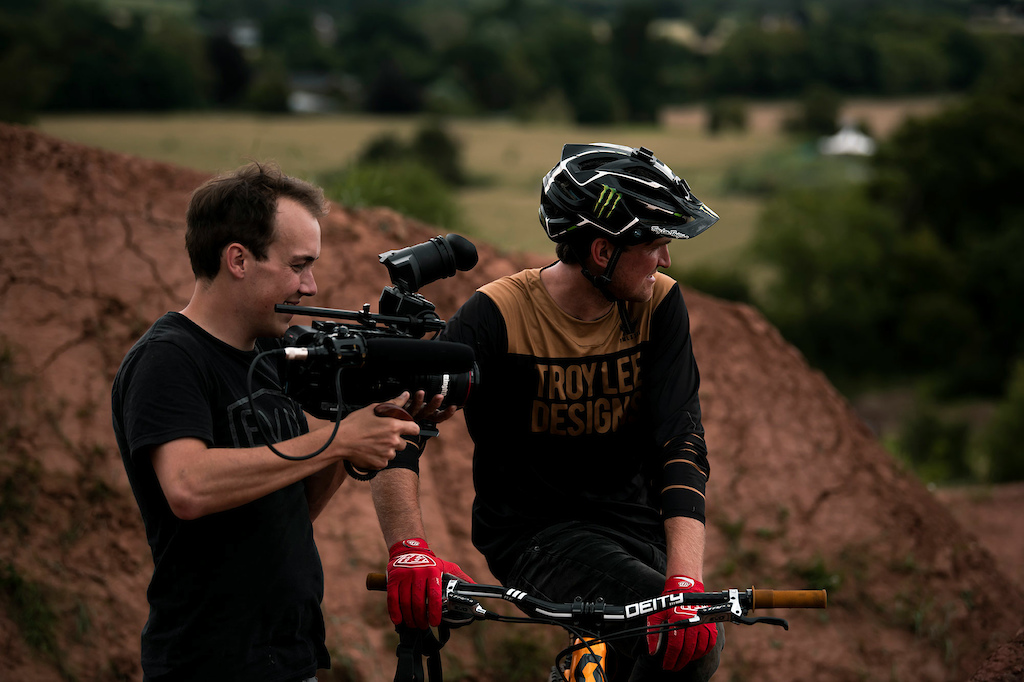 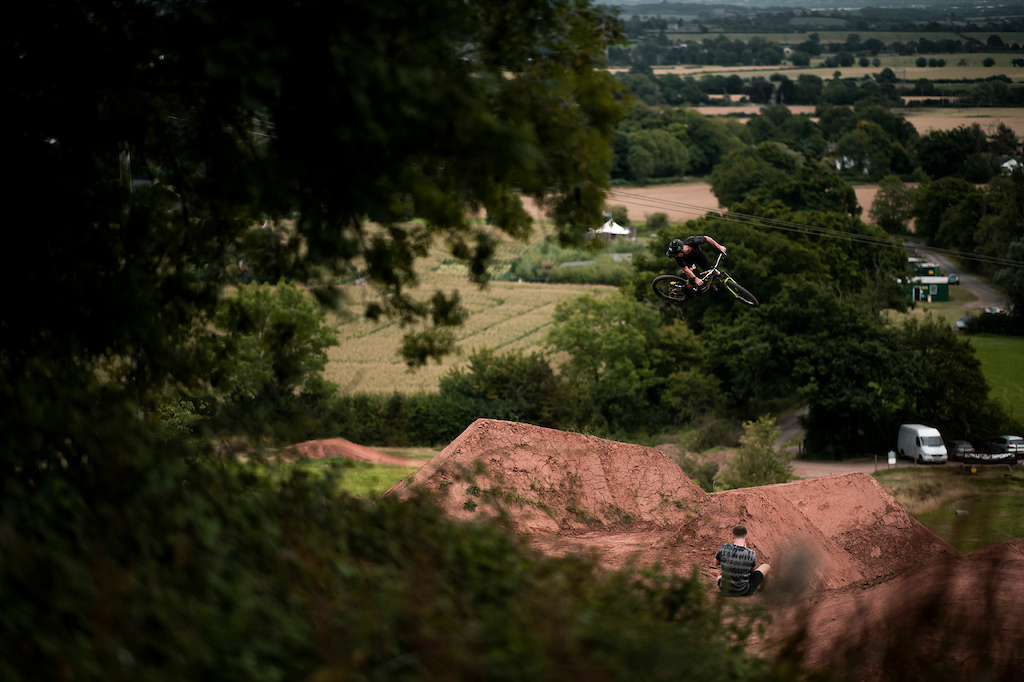 But as they say, all clouds have a silver lining. We’ve built a track that will be adapted so that kids and riders of all abilities will be able to use it. While we couldn’t ride it how we would have liked, it’s great to know that it will perhaps allow others to progress in the future. We made some good friends down at Redhill Extreme along the way. I’d like to extend a huge thanks to Matt Pugh for all of the ongoing help. Without him, this shoot would have been doomed.

Like I said, it doesn’t always go to plan. For Berm2Berm maybe the third time will be the charm. 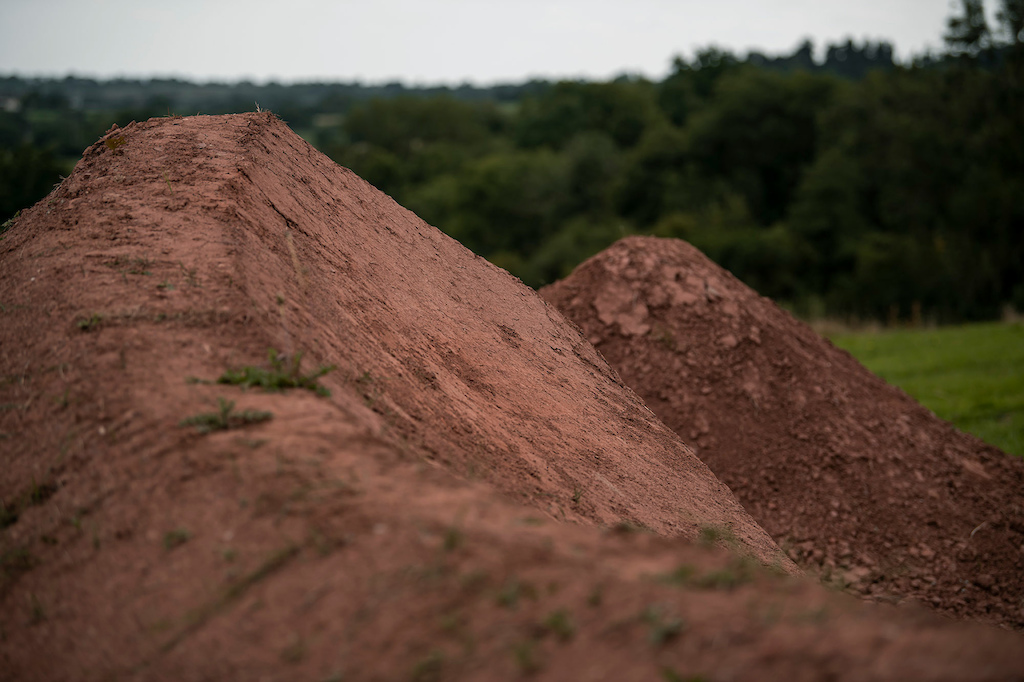 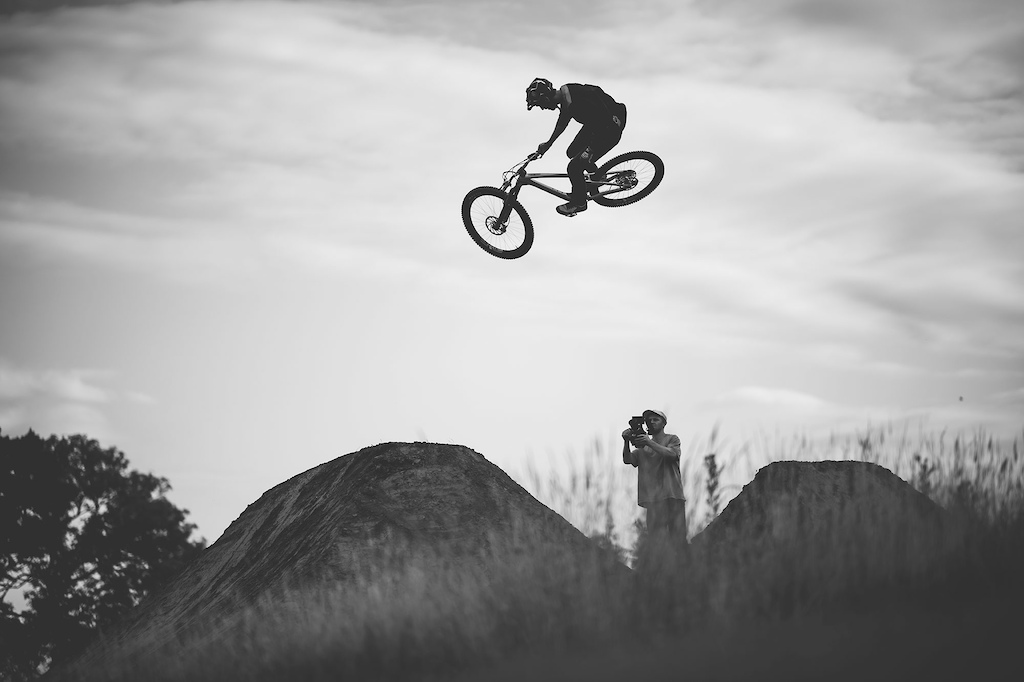 For more episodes of "A Dog's Life" - Click here!

Hogfly (Dec 18, 2020 at 6:39)
So I've seen more and more people doing it from Semenuk to these guys, but does the little whip scrub that they do off the off camber rollers (front tire is on high part of roller and back tire slides across the low part) have a name?

gerigtuning (Dec 18, 2020 at 9:07)
such a fun video, great vibe. guys flowing. Always stoked when I get to see some Sam Pilgrim. Pink bike we need more Sam Pligrim. lesss gooooo!!!

pacojensen (Dec 18, 2020 at 12:34)
That's a kind of video that just puts a smile on your face while watching it. Those boys mesh well together and just exude fun times and sweet lines. BrenDog is a machine!....Olly is a Beast!.....Pilgrim is LEGEND!

ngaron (Dec 18, 2020 at 5:26)
This video is cool. @SCOTT-Sports can you finally release a bike that doesn't only fit proprietary shocks?

winko (Dec 25, 2020 at 13:13)
Friend of mine is riding ransom with coil marzochhi... Size is strandard trunnion, you just need to get rid of lockout cable!

enduroNZ (Dec 18, 2020 at 11:50)
Someone seriously needs to address the awful music in Mtb videos - it seriously just ruins the edits

FoesKnows (Dec 18, 2020 at 14:32)
Greta called. She voted your contribution a distraction and insufficient.

That is your value add to this exceptional video?

Freeshreding (Dec 18, 2020 at 2:10)
is this line publicly rideable? Looks like they built it in a bikepark or something like that.

catweasel (Dec 18, 2020 at 4:11)
@jonlees: Last paragraph...."But as they say, all clouds have a silver lining. We’ve built a track that will be adapted so that kids and riders of all abilities will be able to use it. While we couldn’t ride it how we would have liked, it’s great to know that it will perhaps allow others to progress in the future."

lewiscraik (Dec 19, 2020 at 1:03)
@TechTrailRider: I definitely want to check out Redhill Extreme with my sons next summer.

What a rad video

ripridesbikes (Dec 18, 2020 at 5:24)
Videos are always more fun when the riders are clearly enjoying the ride. Well done!