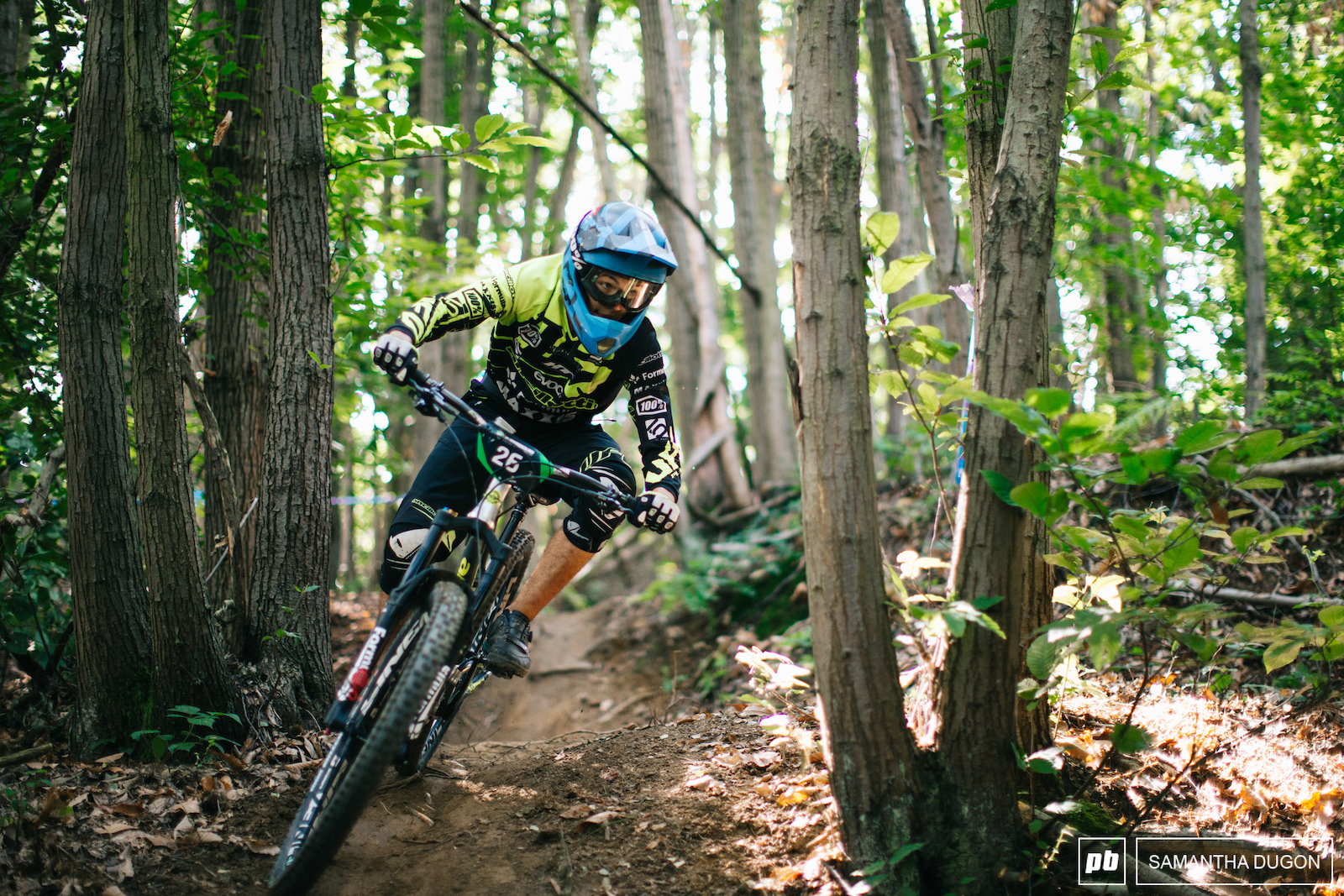 Race Report
Superenduro - Priero
Italian Enduro Series
Words & Photography by Samantha Saskia Dugon
The final round of the 2018 Superenduro Series went back where it all began, in the small town of Priero. Situated just an hour north of Finale Ligure and one of the original testing sites for the Superenduro format, it was a very fitting closing round to the 10th anniversary of the series.

Arriving into the picturesque little town on Friday the high street was seemingly a ghost town, only awake early in the morning where the locals came out to clean the cobbled road and catch up with neighbours. There was a strong sense of community despite only having under 500 inhabitants among the narrow streets. Renowned for it’s passion for all things two wheels, Priero is steeped in motor enduro culture which was clear to see during the weekends events, with a number of motor enduro riders practising tracks ahead of the following weekend KTM event, as well as the use of motorbikes instead of MTB bikes to clear the course after each stage. 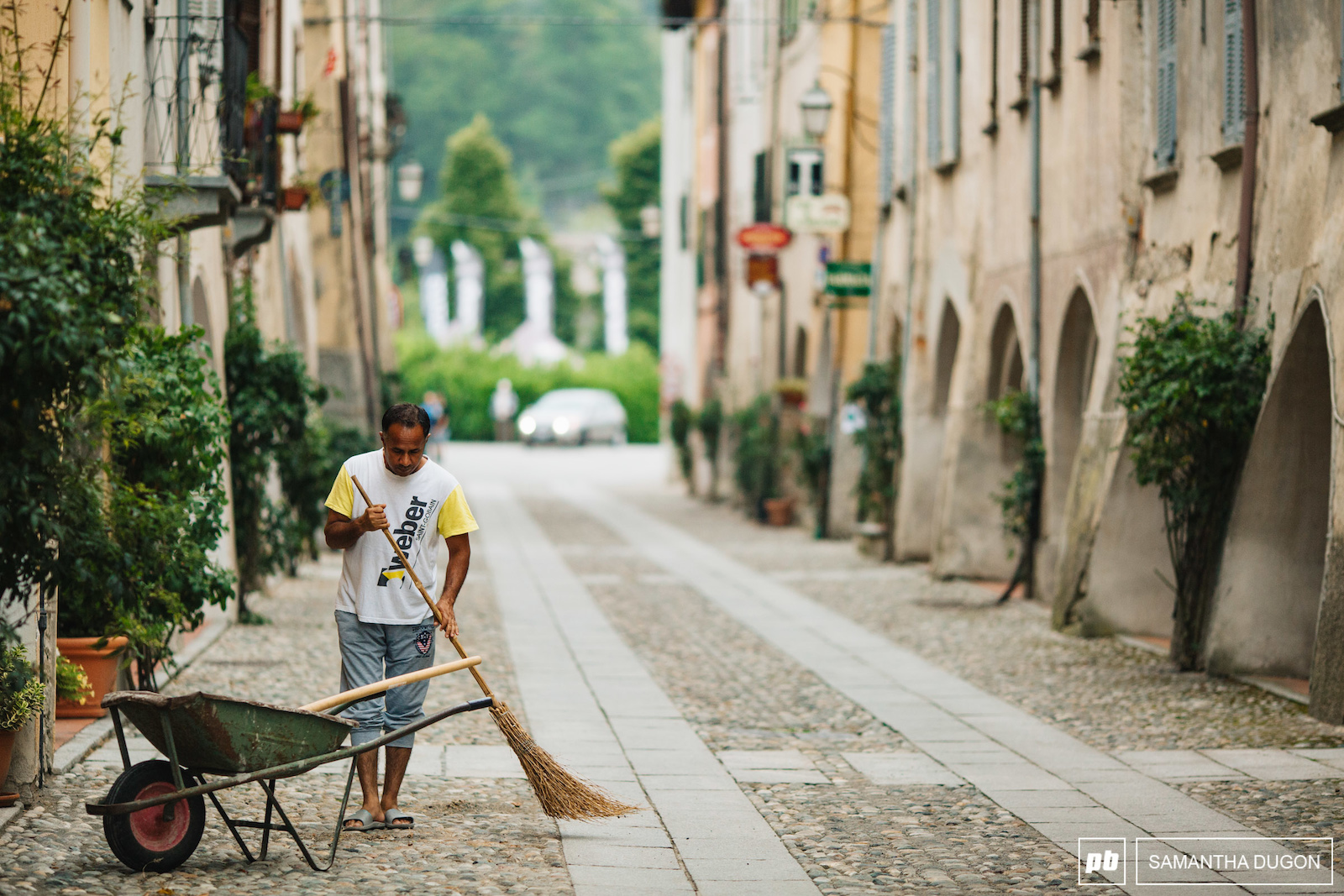 The quiet town of Priero was very proud of its beauty as locals helped out to keep it fresh.
Practice

The terrain was something similar to what you’d find in the Pyrenees, with deep red earth, along with fun and skid inducing dust. However, it wasn’t long before the abundance of dry trails were soon to be a little slicker as grey clouds loomed overhead and light showers began in the afternoon. Any hopes that the weather would be fleeting were destroyed when it developed into a full storm, accompanied with thunder, lightning and torrential rain downpours overnight.

Come Saturday morning riders were reluctant to head out early for practice, opting to take in the culture of the area instead of sliding around over greasy rocks and roots, and of course, sample some local coffee, it is Italy after all. But as the sun burnt through the mist and the wind began to pick up, quickly drying the trails, riders ventured out into the hills for a day of fun. 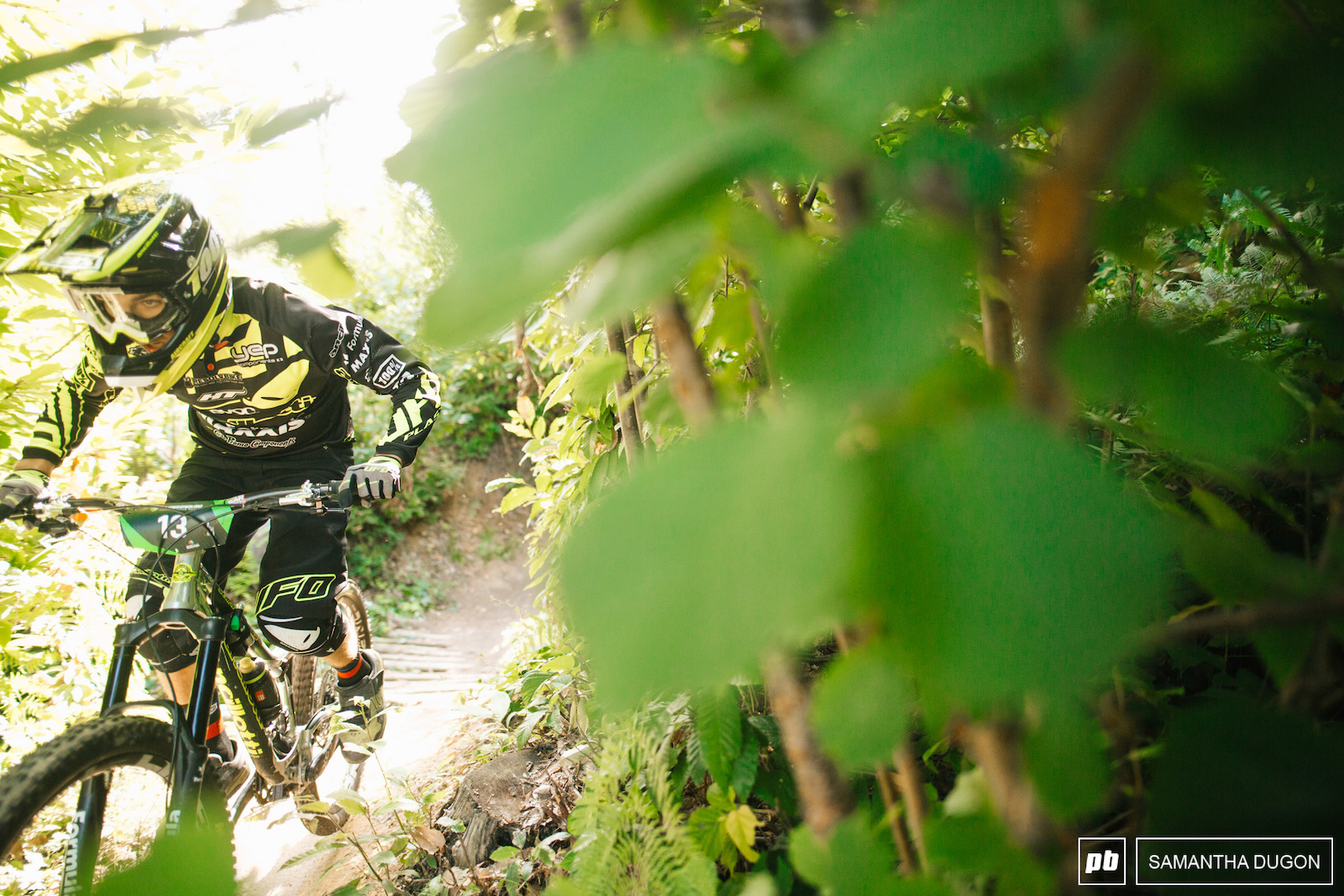 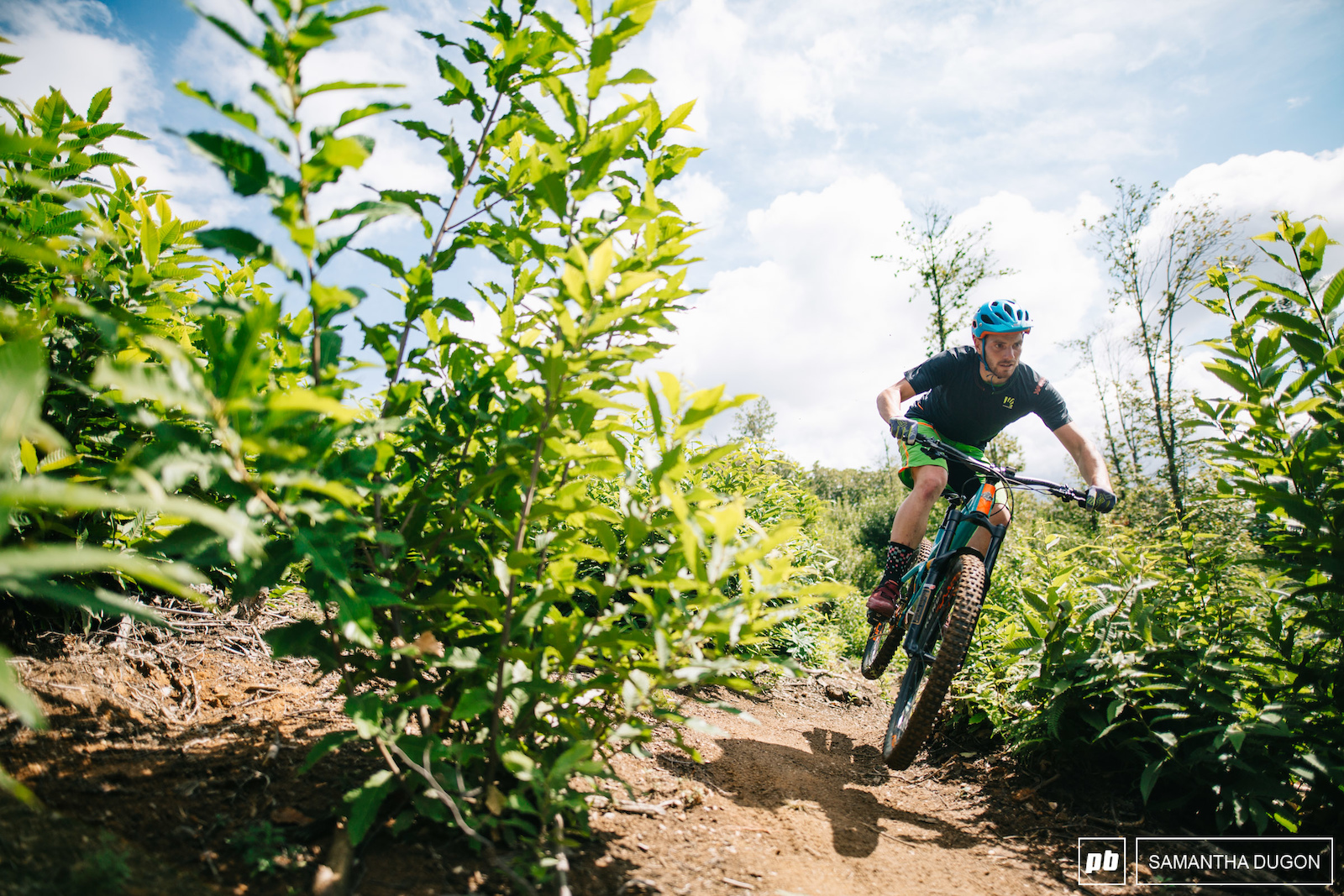 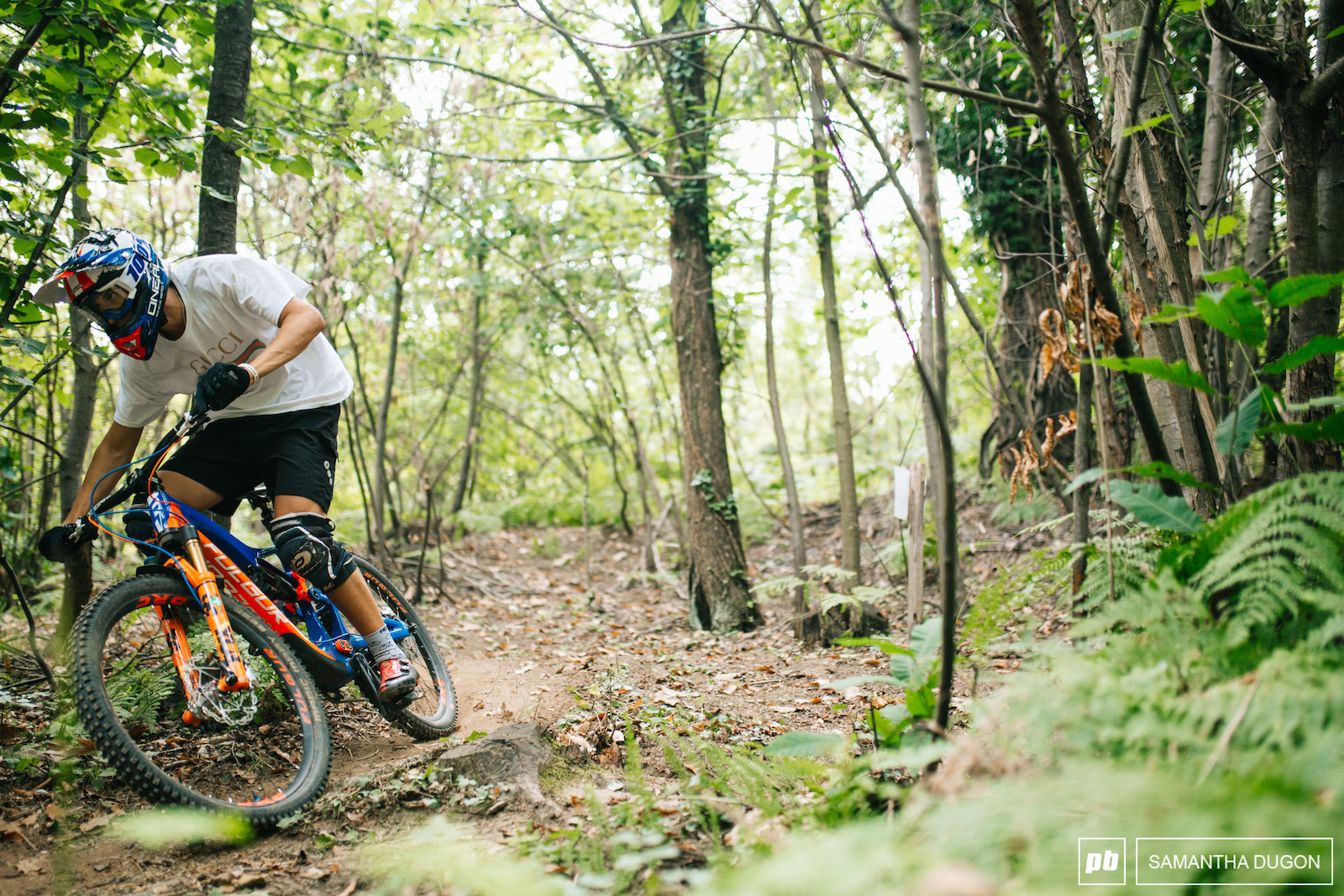 Can you get more Italian than racing whilst wearing a Gucci top? 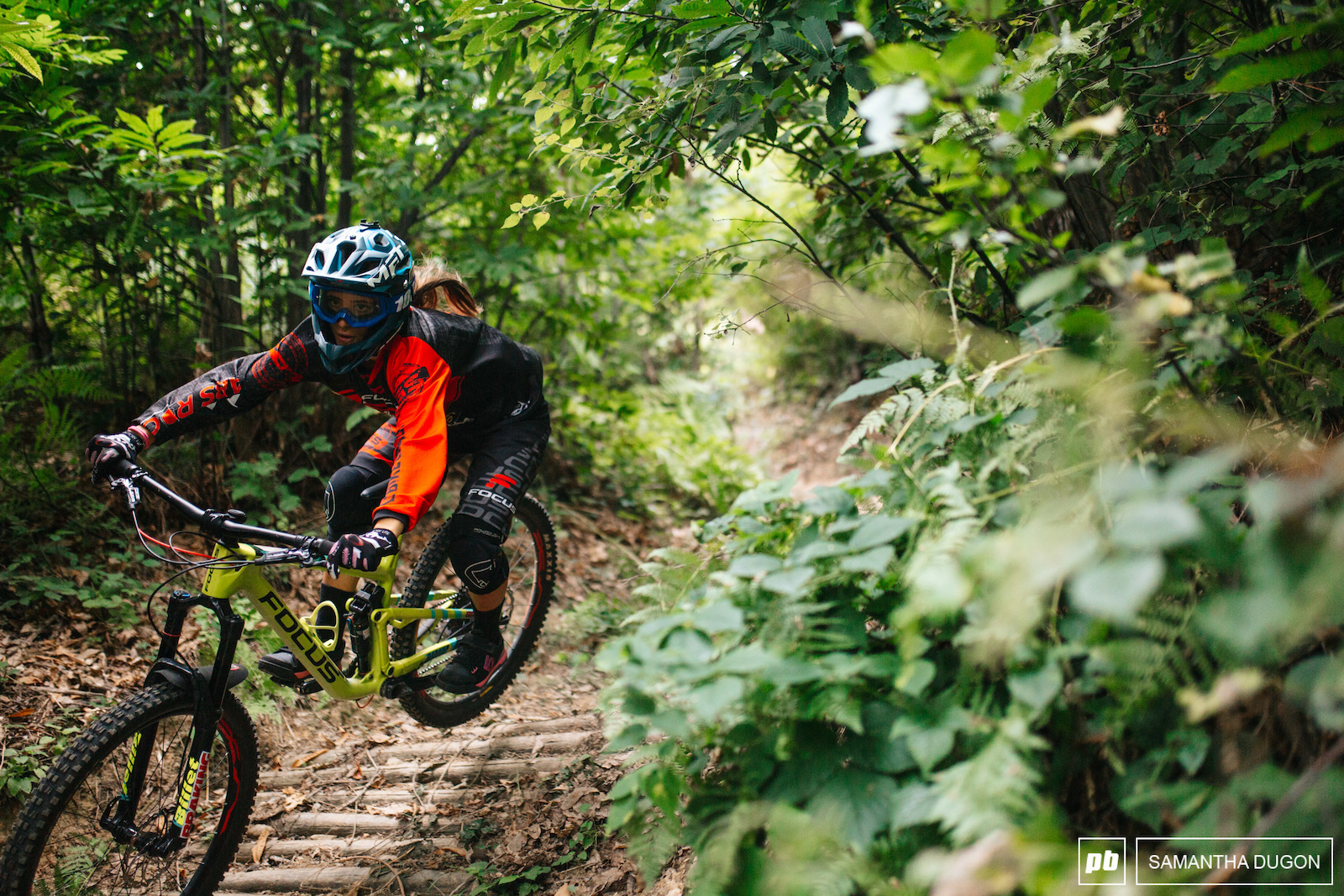 A narrow and steep gully into a wooden feature meant opportunity for getting airborne. 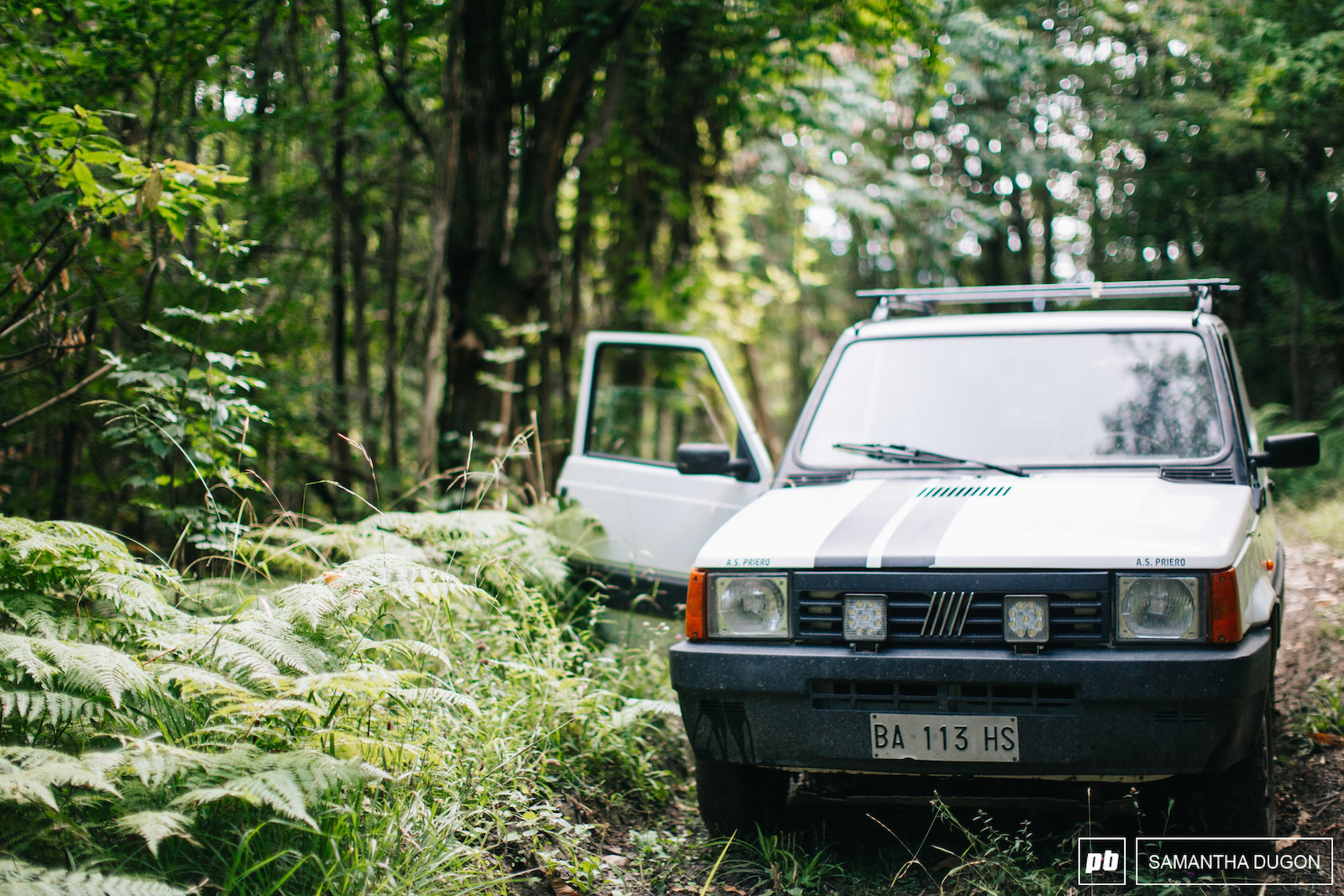 Wherever you go in Priero, you will always be met with an old school Fiat. 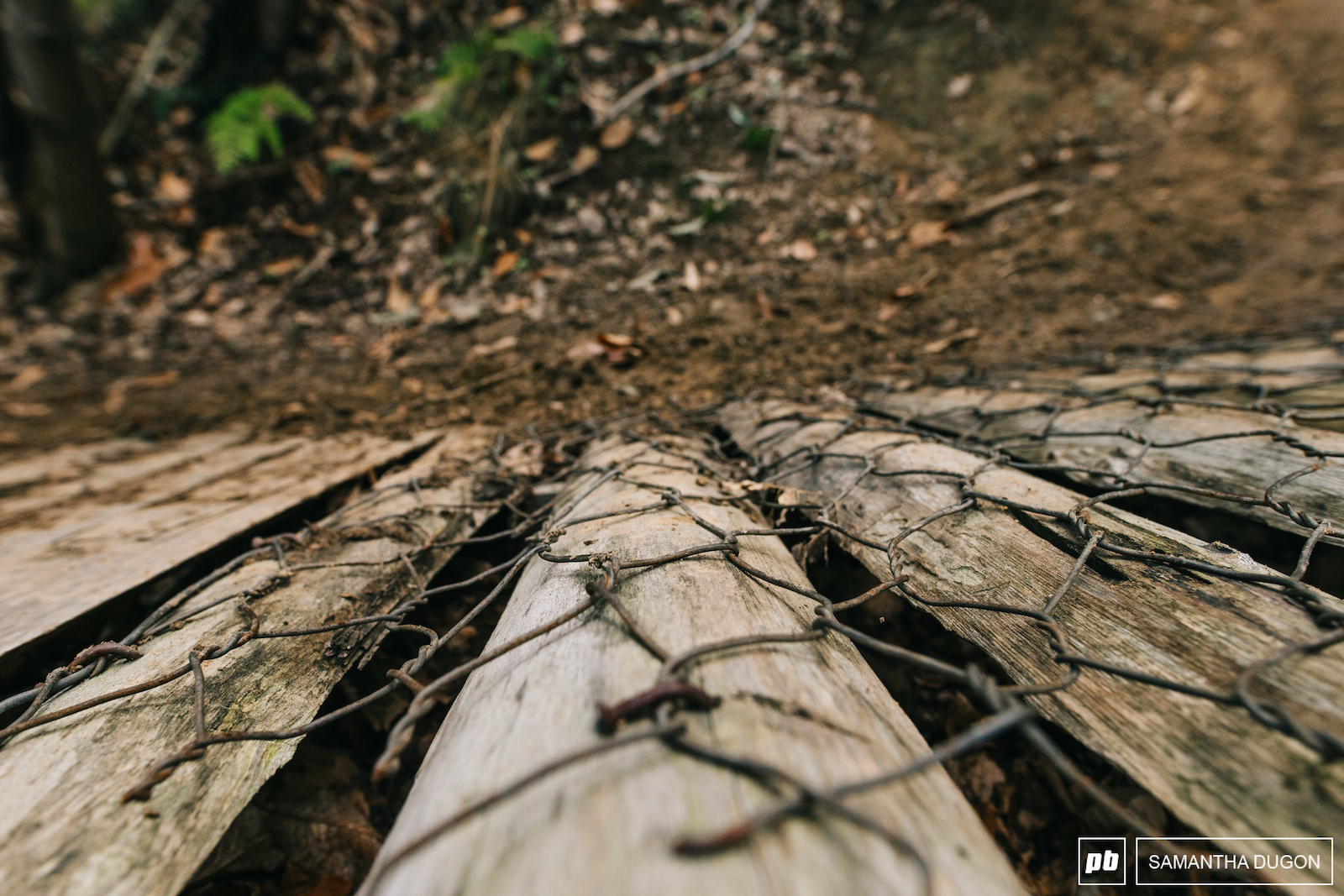 Even with the wire, after Friday's storm many were wary of stage 3s wooden catches. 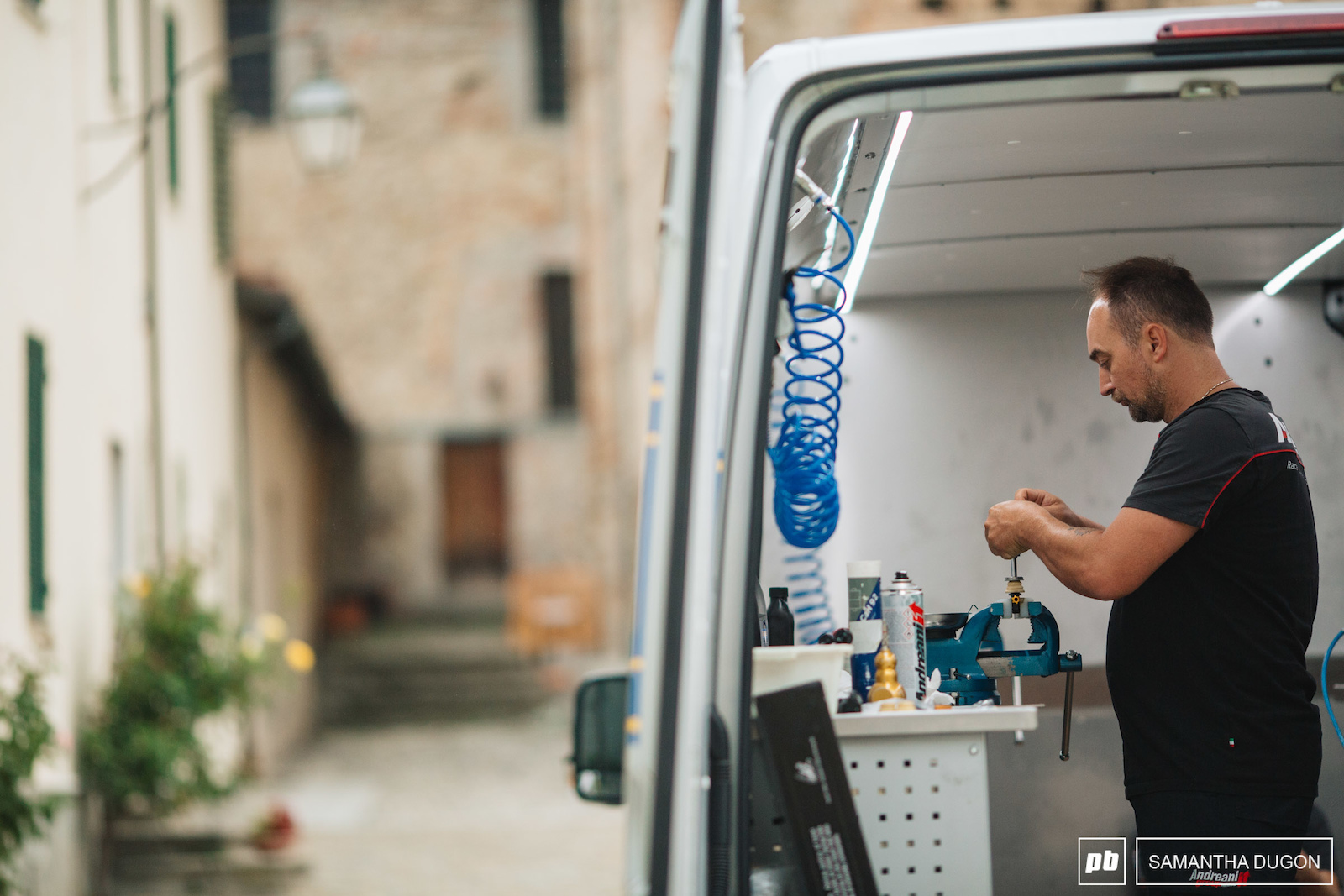 The Andreani van doing its job at providing a mobile workshop so riders can have their bikes running smooth. 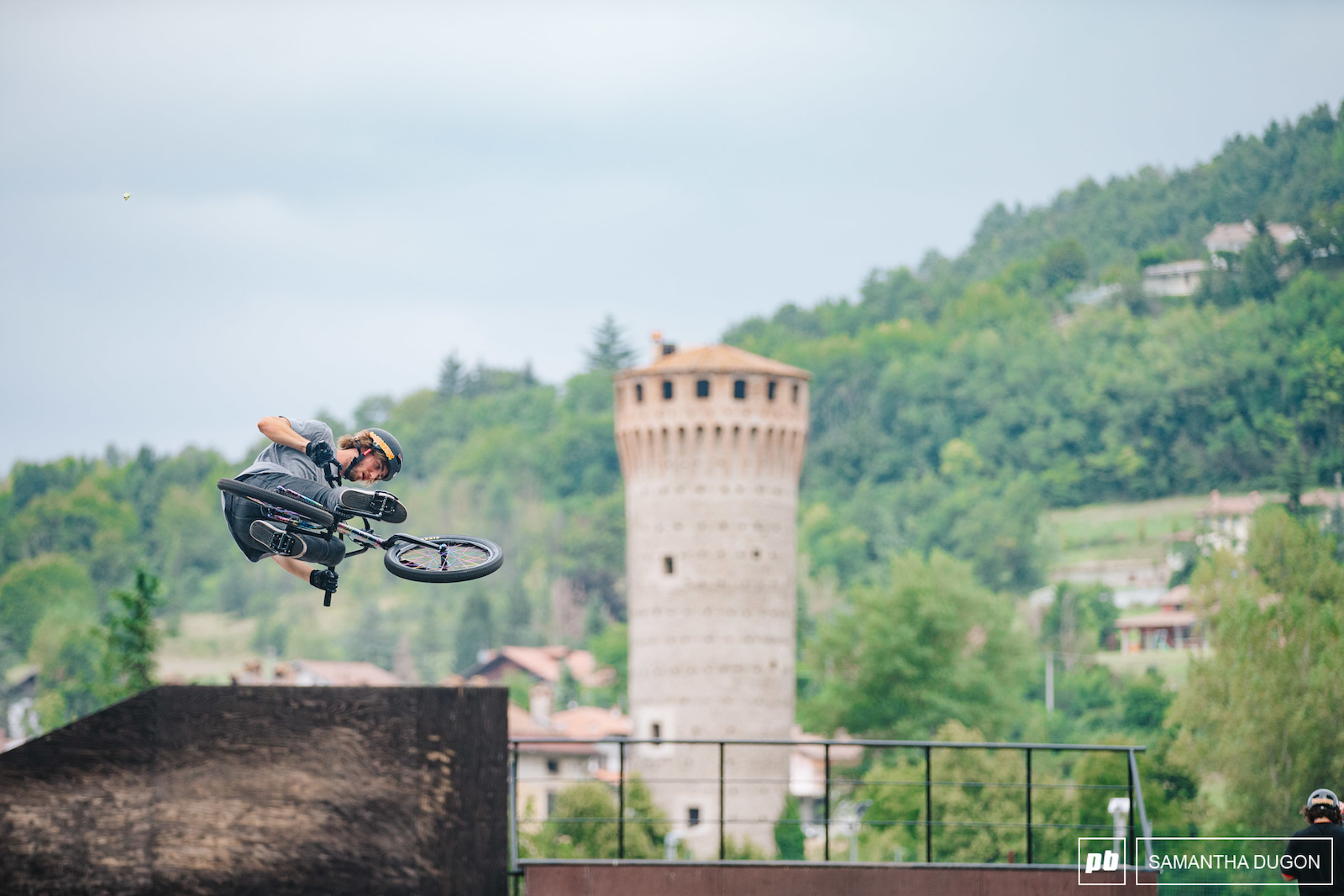 Something a little bit different was also the local skatepark, built by pro BMXer Alessandro Barbero, some riders were enjoying a jam on the ramps. 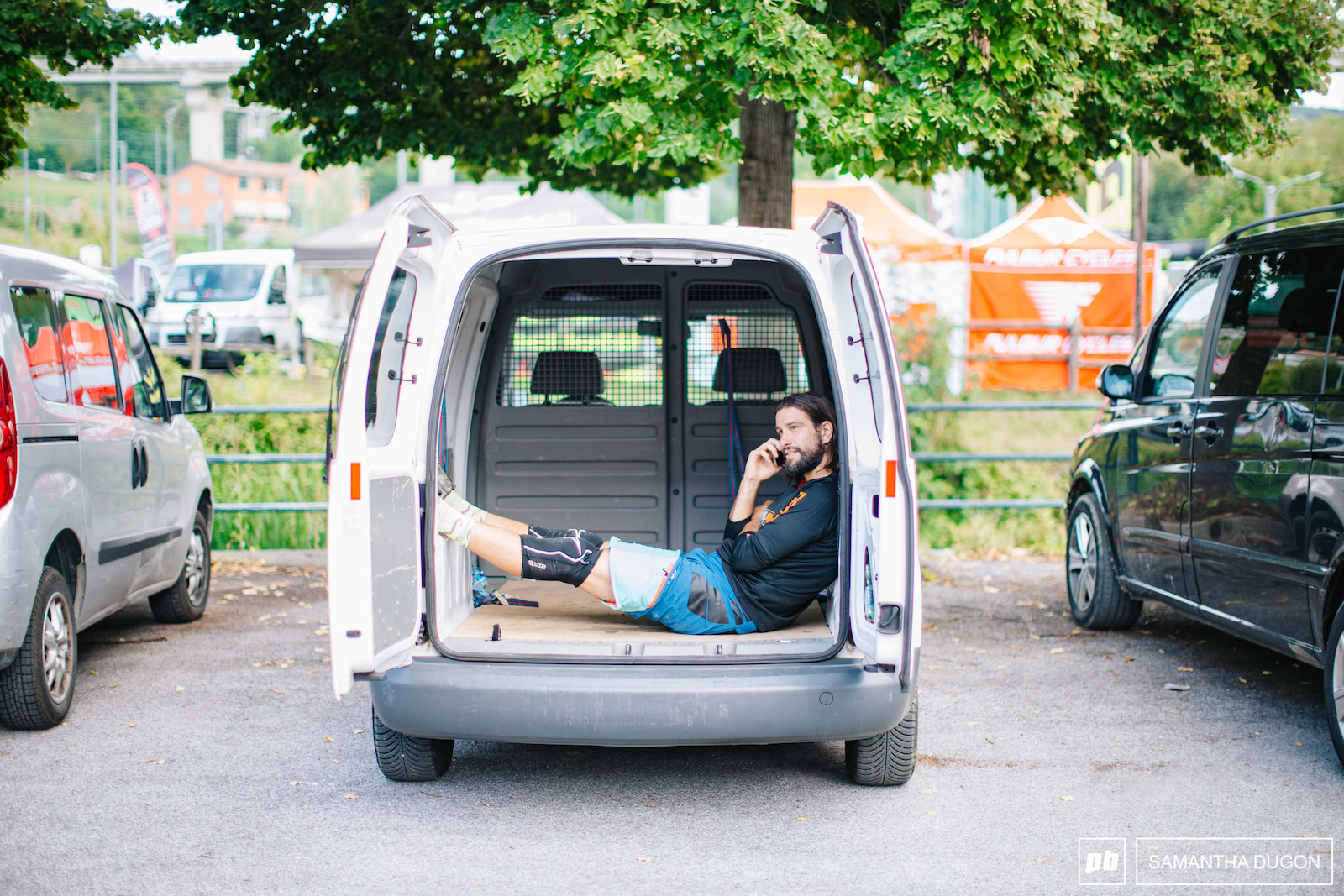 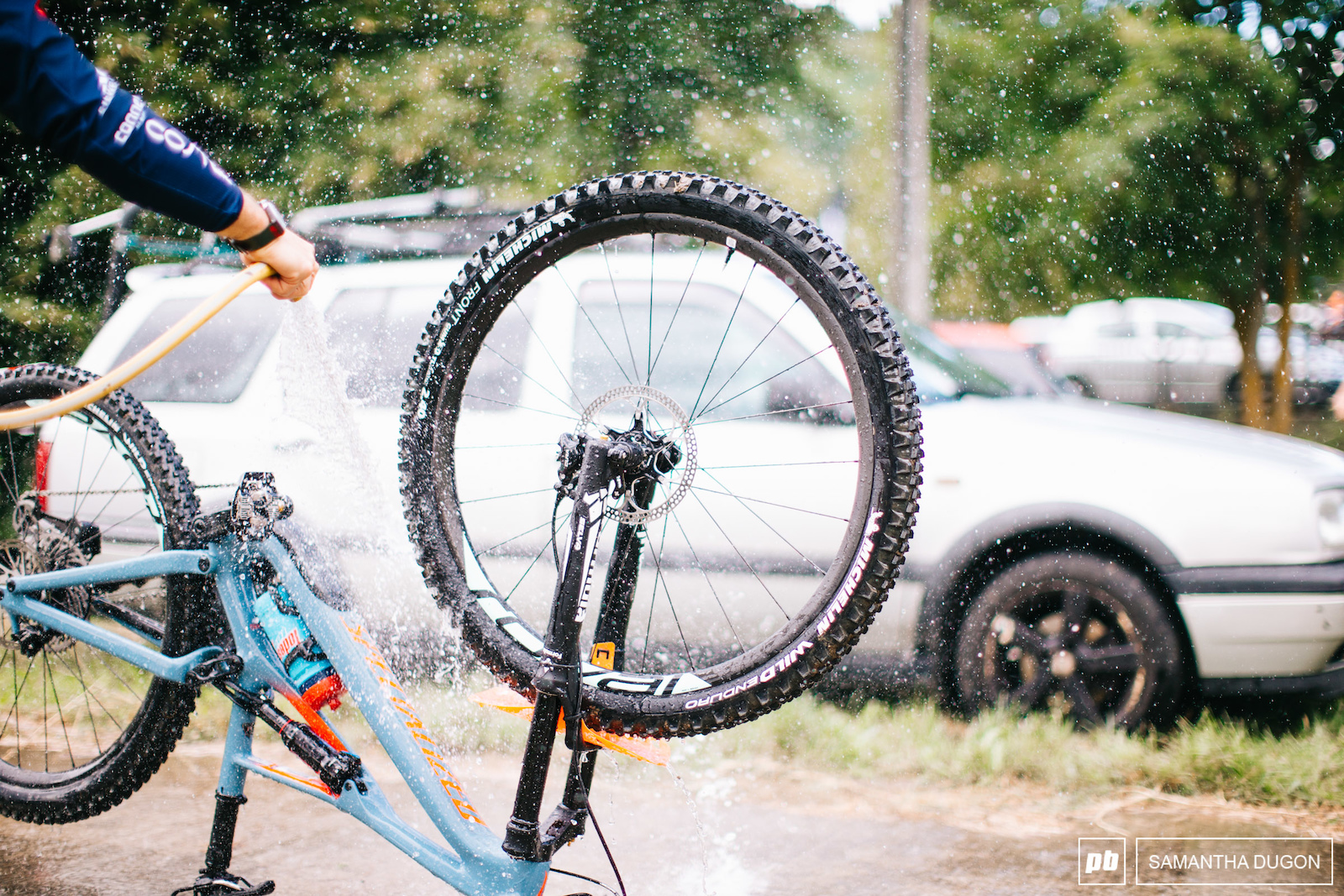 After torrential rain on Friday night, bikes were in need of some TLC after Saturday practice.
Race Day ft. Local Priero Market Festival

Race day also coincided with a local market and festival, meaning the streets were brimming with a mix of locals and adding another reason to visit smaller local areas for races. From meats to cotton spinning, Prieros high street was brimming with local produce, trade and skills. 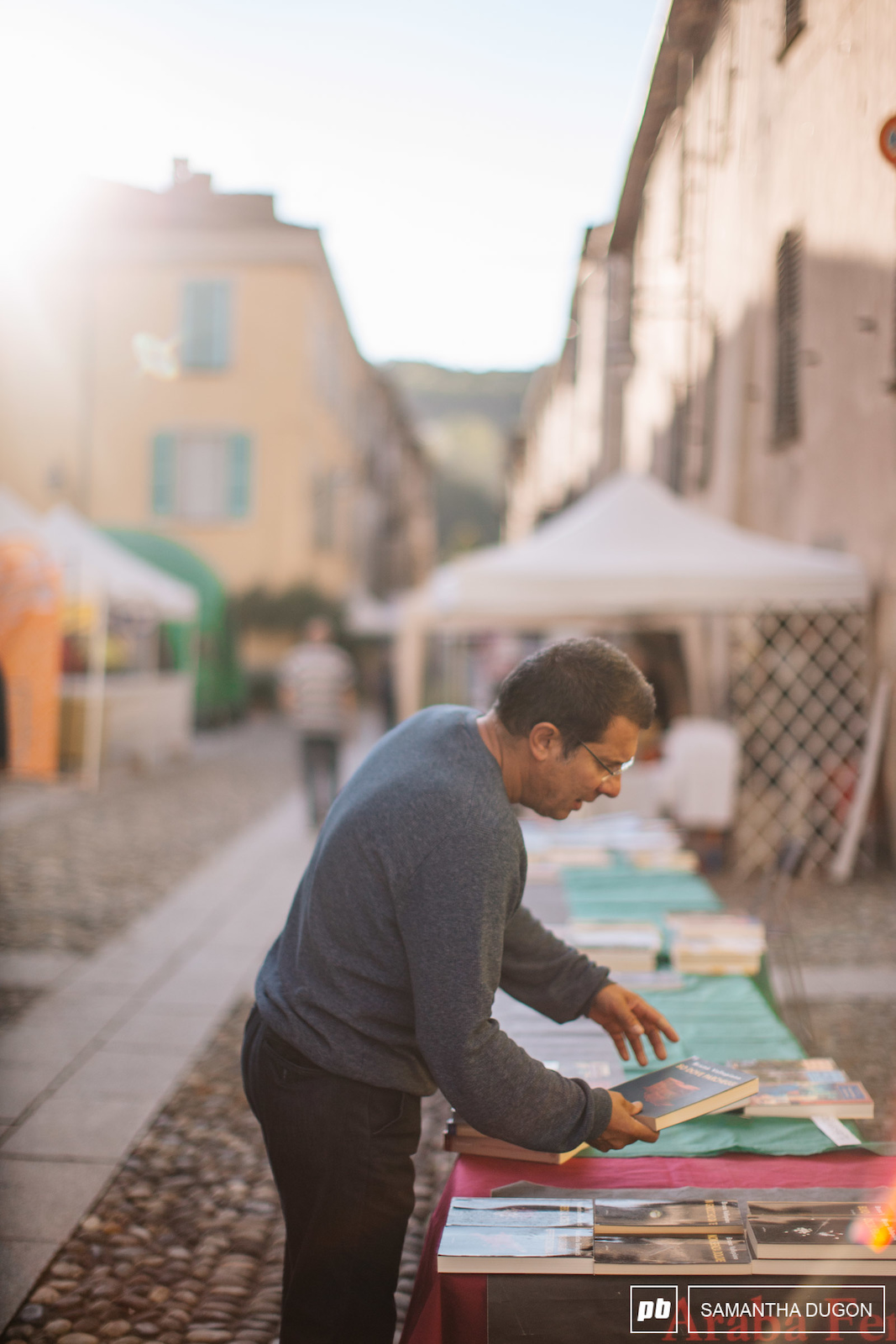 With a market day festival on at the same time, the high street was bustling with diversity and culture. 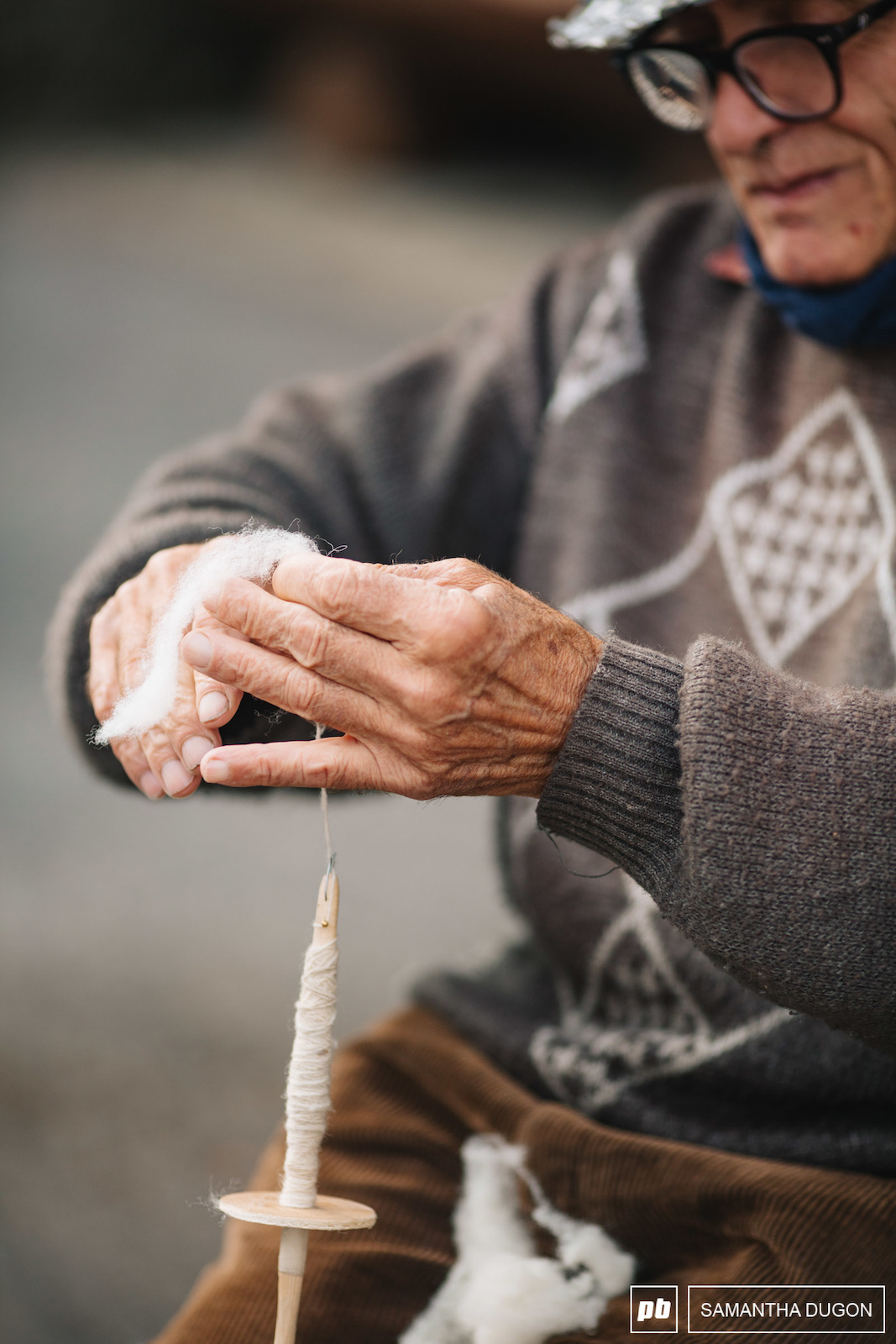 A tutorial in cotton spinning, if only I understood Italian. 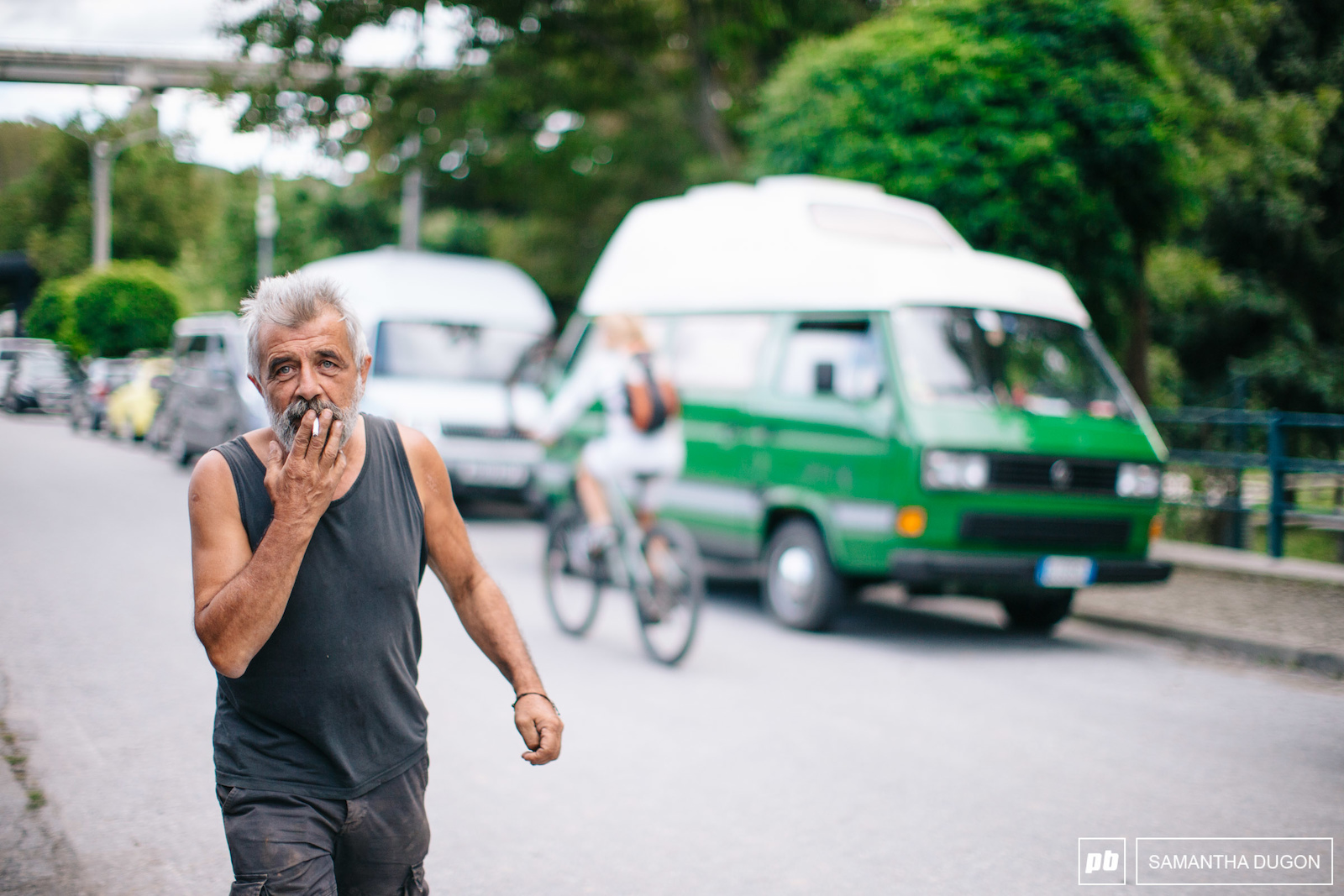 One of the best things about the Superenduro is travelling to new areas and meeting locals.
Although usually resented, an early start provided most riders with the ability to ride in manageable temperatures, but by the time the pros set off, it was clear to see they were in for a sweltering hot day in the saddle. With 1700m of climbing done over 43km and 6 stages, it was important that riders both paced themselves and had were prepared with energy food. Of the 6 stages, 2 of them were repeated meaning that stages 1 and 2 would also be stage 5 and 6 respectively. The fan favourite of the weekend was stage 2, a fun mix of fast, flowy and tight singletrack meant that it was the perfect track to pop out of corners to maintain speed.

However, it would be tracks 1 and 3 that would be the deciding factor on who took the top step. With stage 1 lending itself more towards those who loved cardio at being over 6 minutes long and featuring numerous long steep sprints. As this doubled up as stage 5 it was the ultimate test of endurance fitness, as well as providing an opportunity for riders to compare their times from their first ever run of the day to see how much their fatigue affected them. Stage 3 was the most physically and technically challenging track with fast, tight and perfect handlebar hitting width trees which then dropped down into steep and rough terrain with numerous wooden features, which only became scarier in the rain. 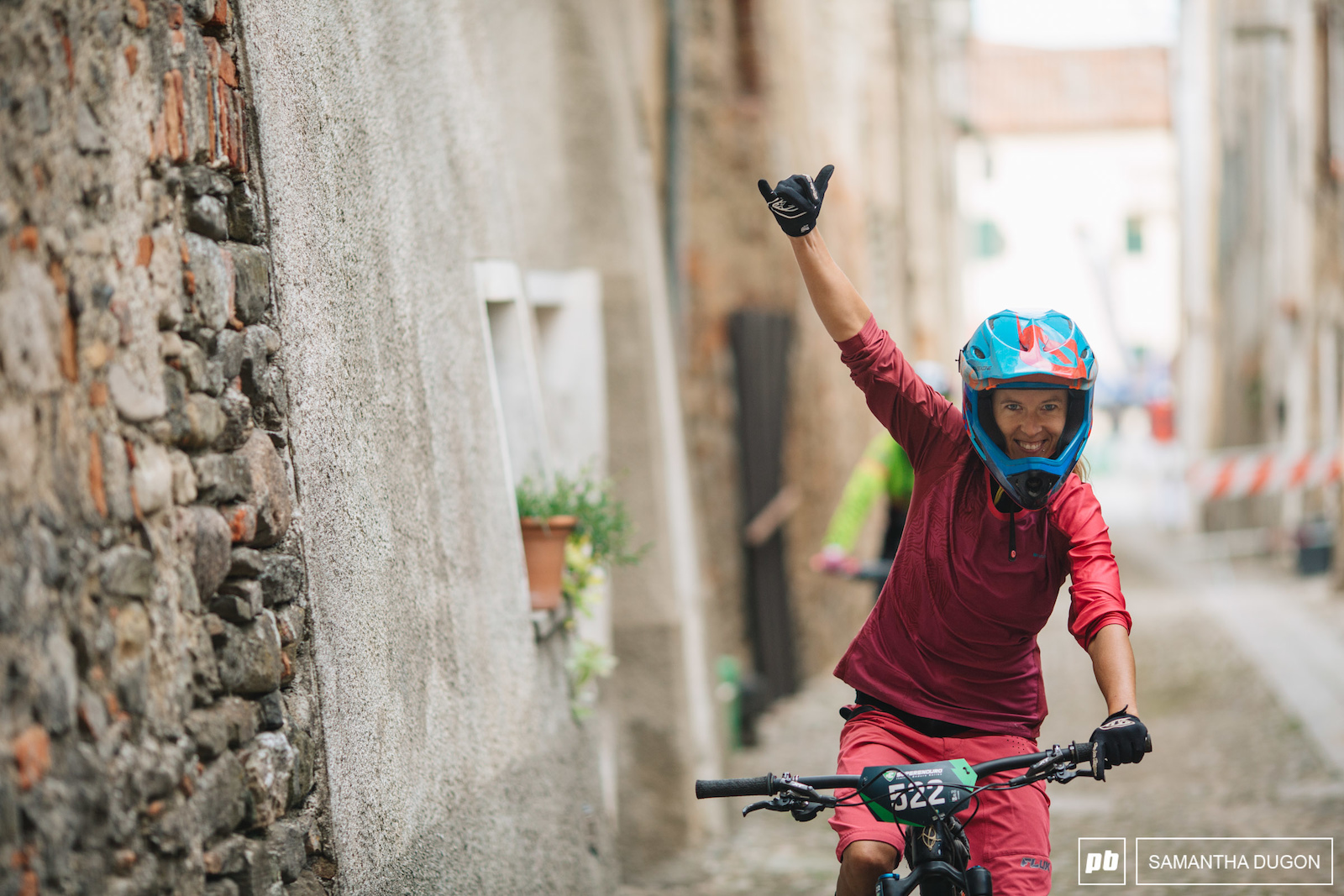 Jesse Enlund stoked to begin her day in the saddle as she sets off from the town Square. 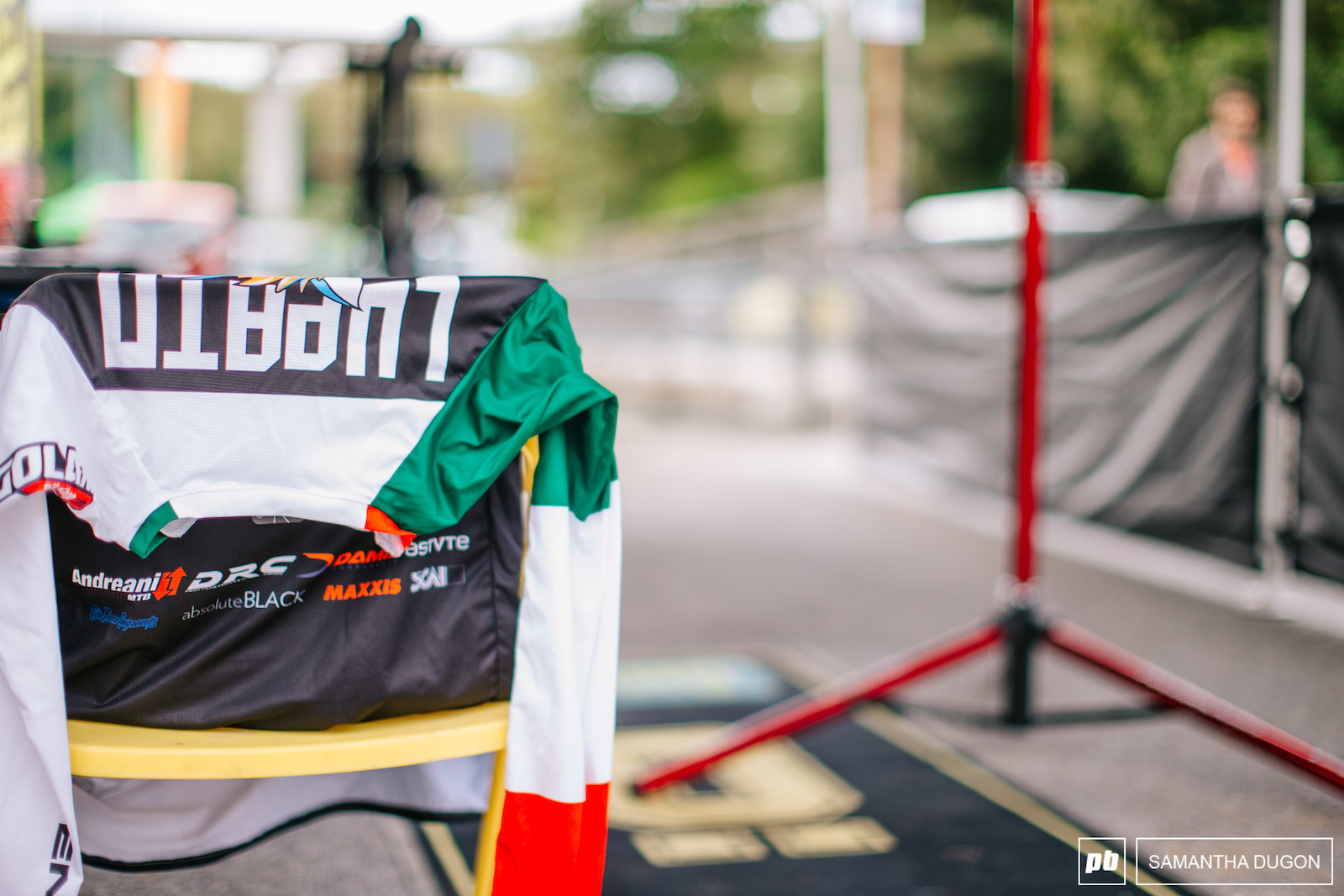 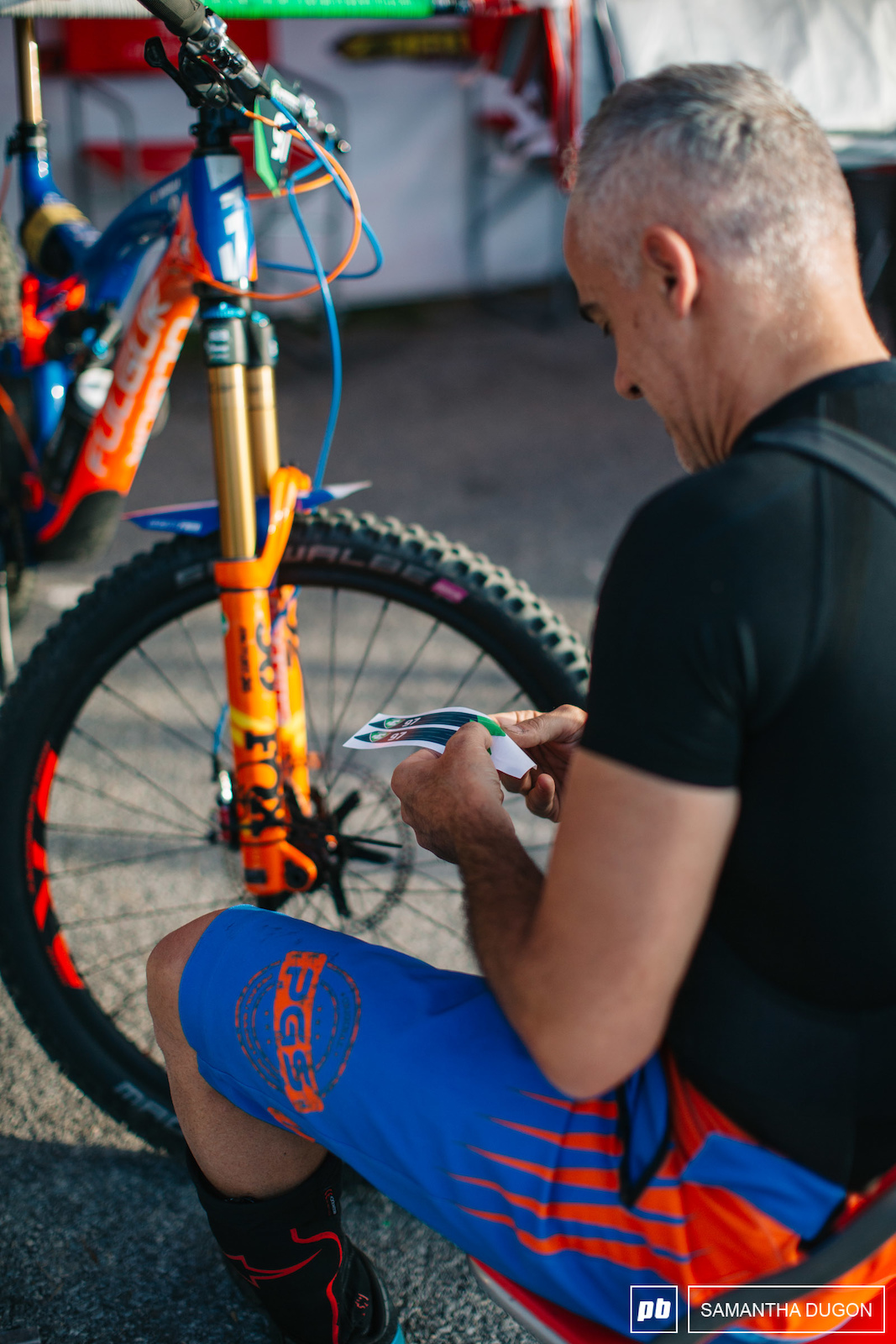 Getting those rim stickers ready for the day ahead. 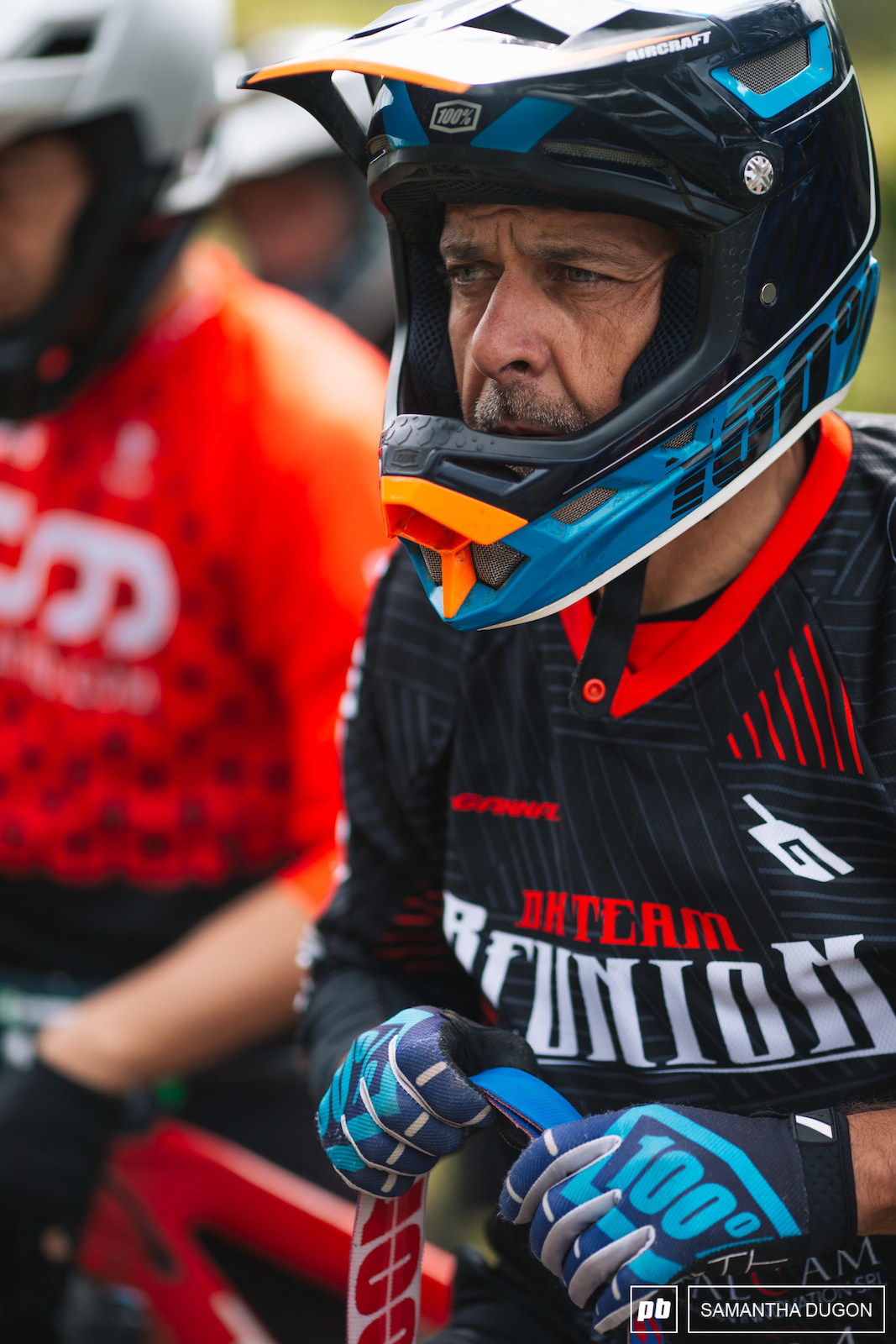 Riders waiting to drop in at the top of stage 2. 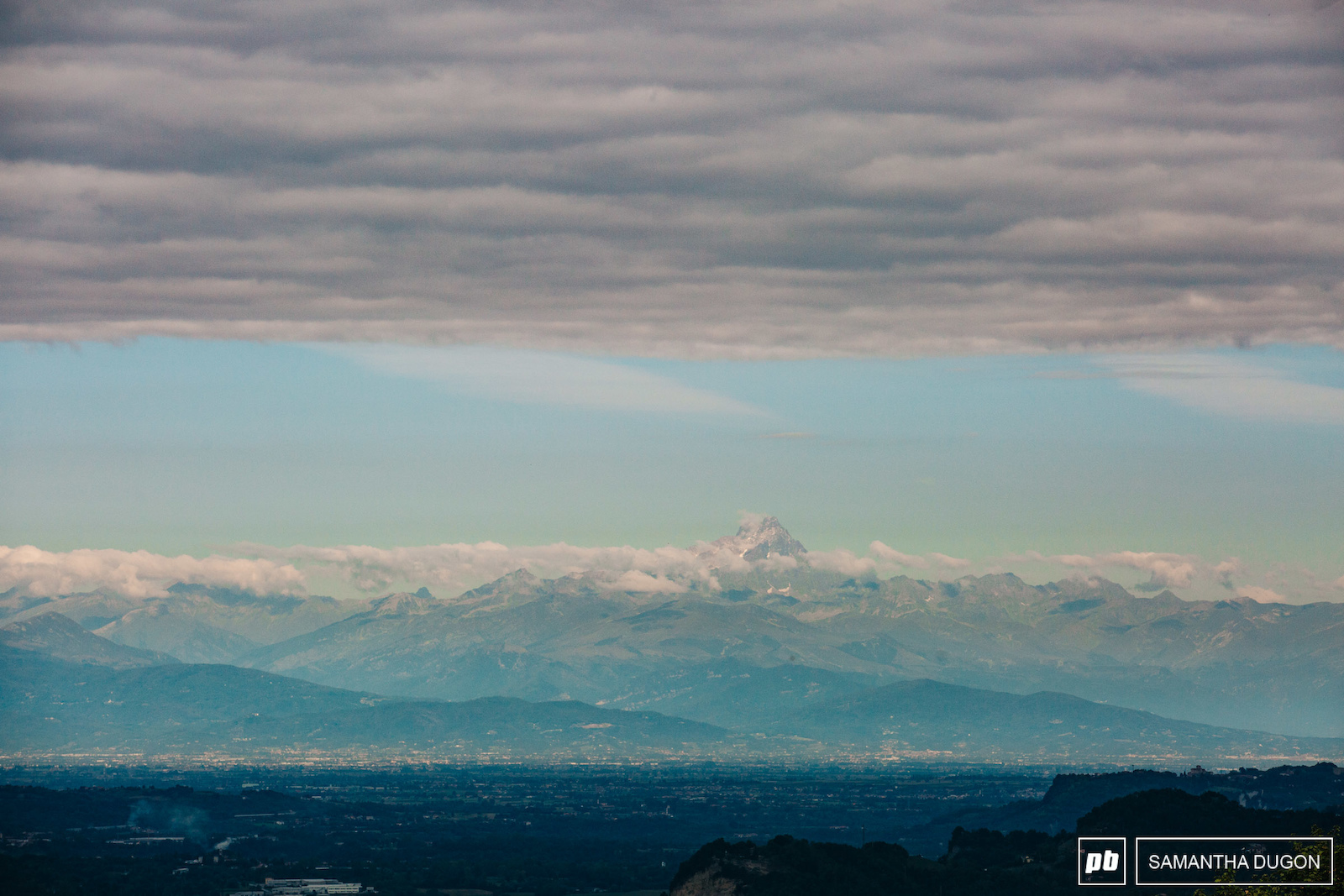 Although the road climb can feel long and unrelenting, you are treated to a view of Mont Blanc and the alps once you reach the top. 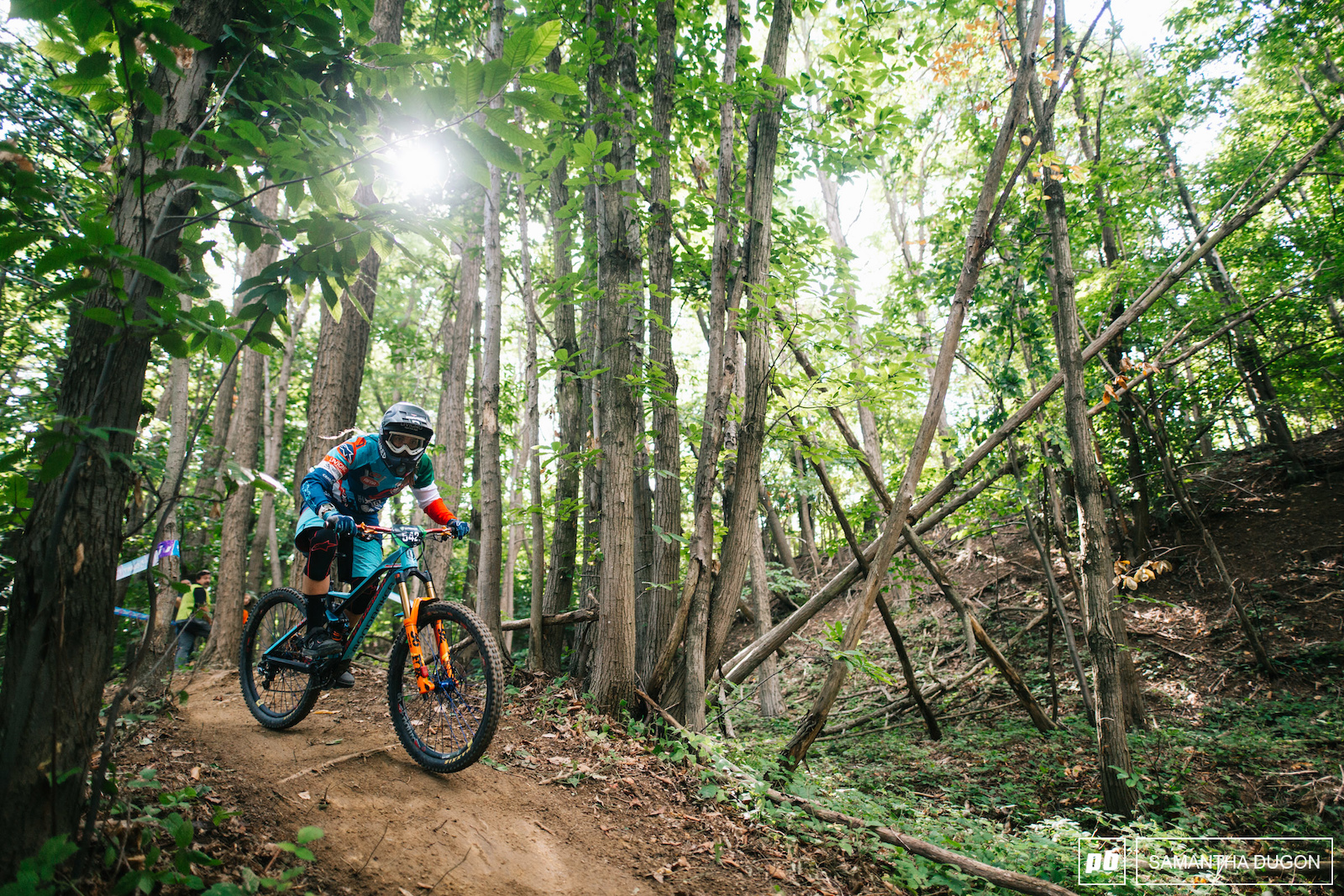 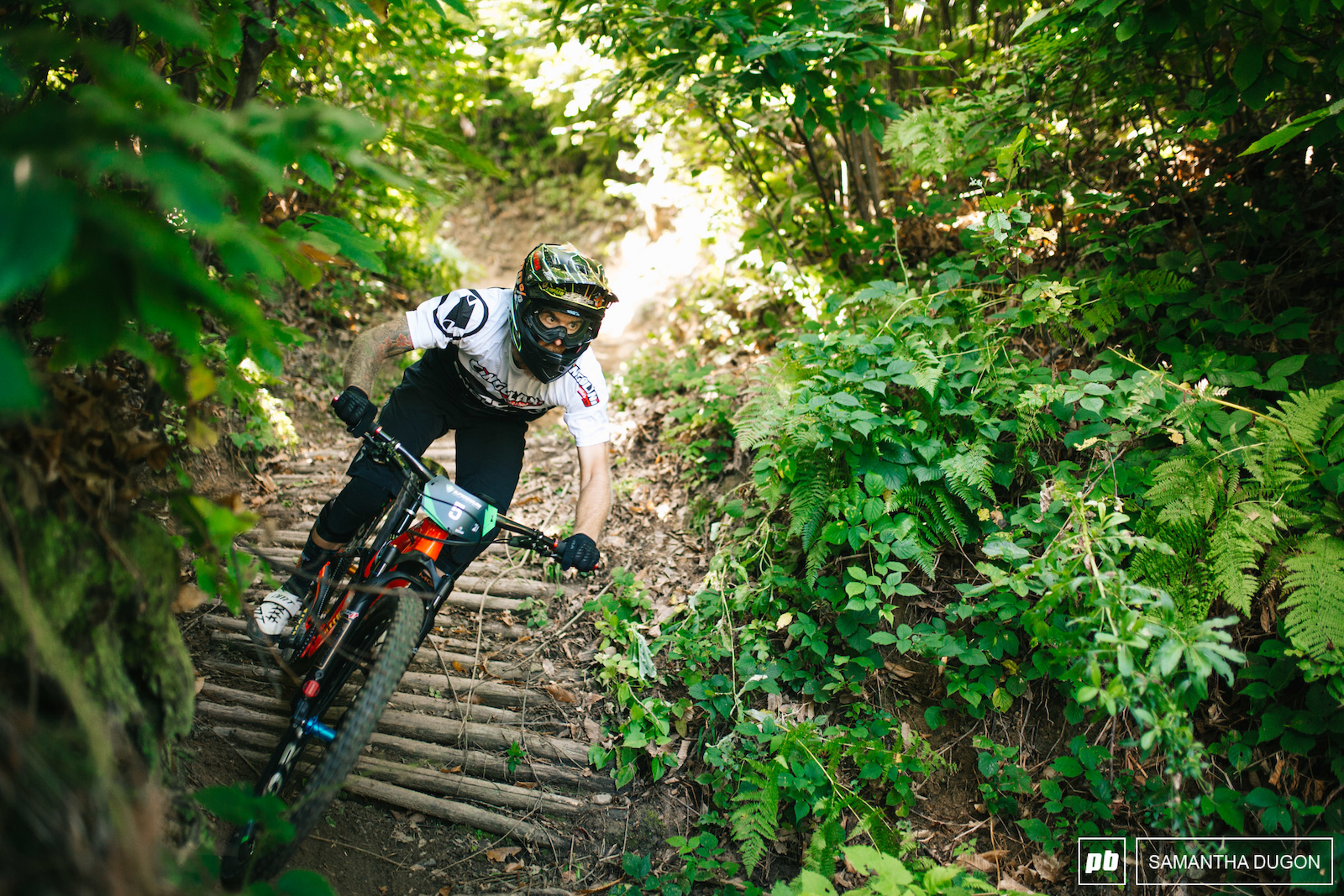 Denny Lupato keeping his eyes on that podium. 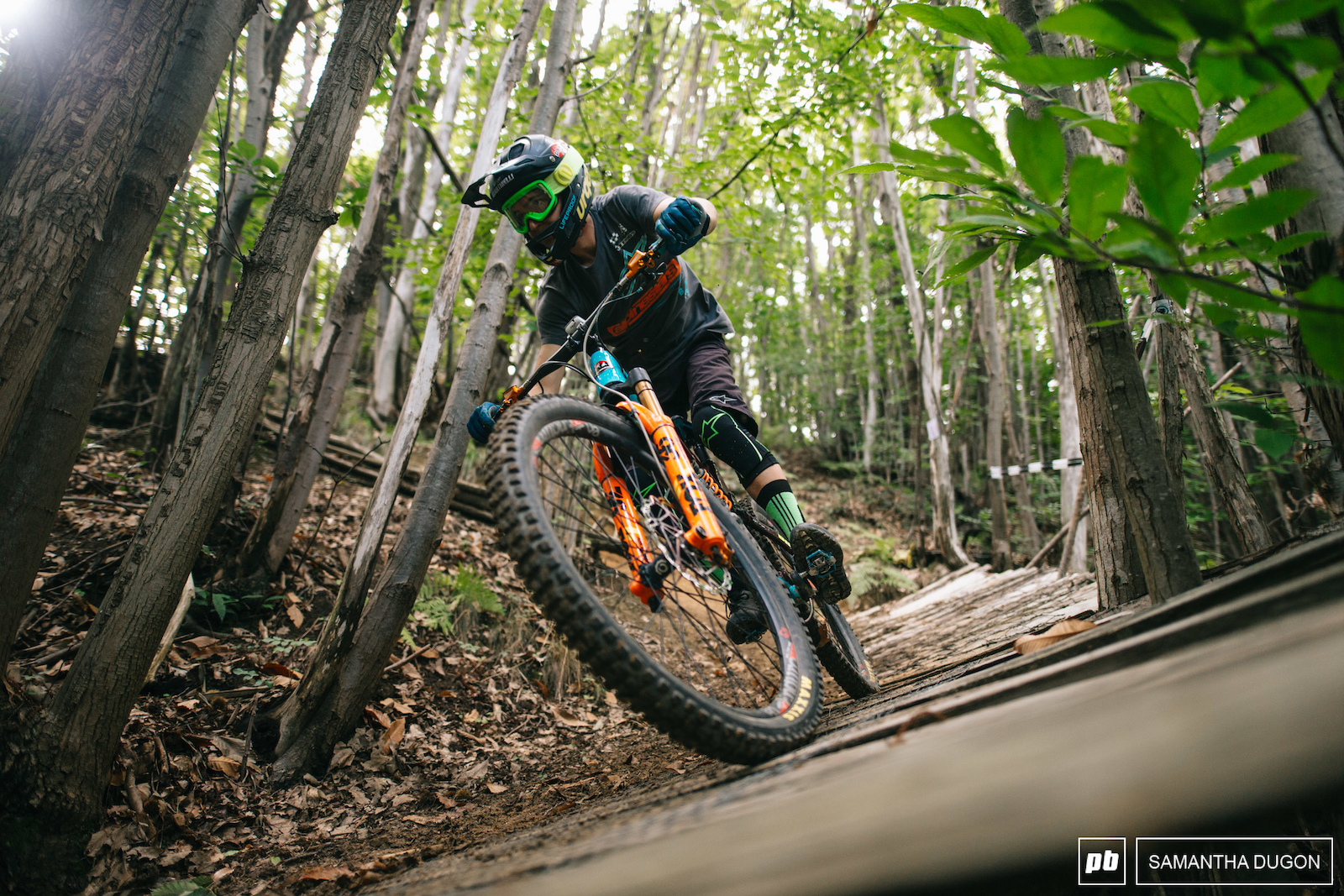 Keeping it steady over the wooden features on stage 3. 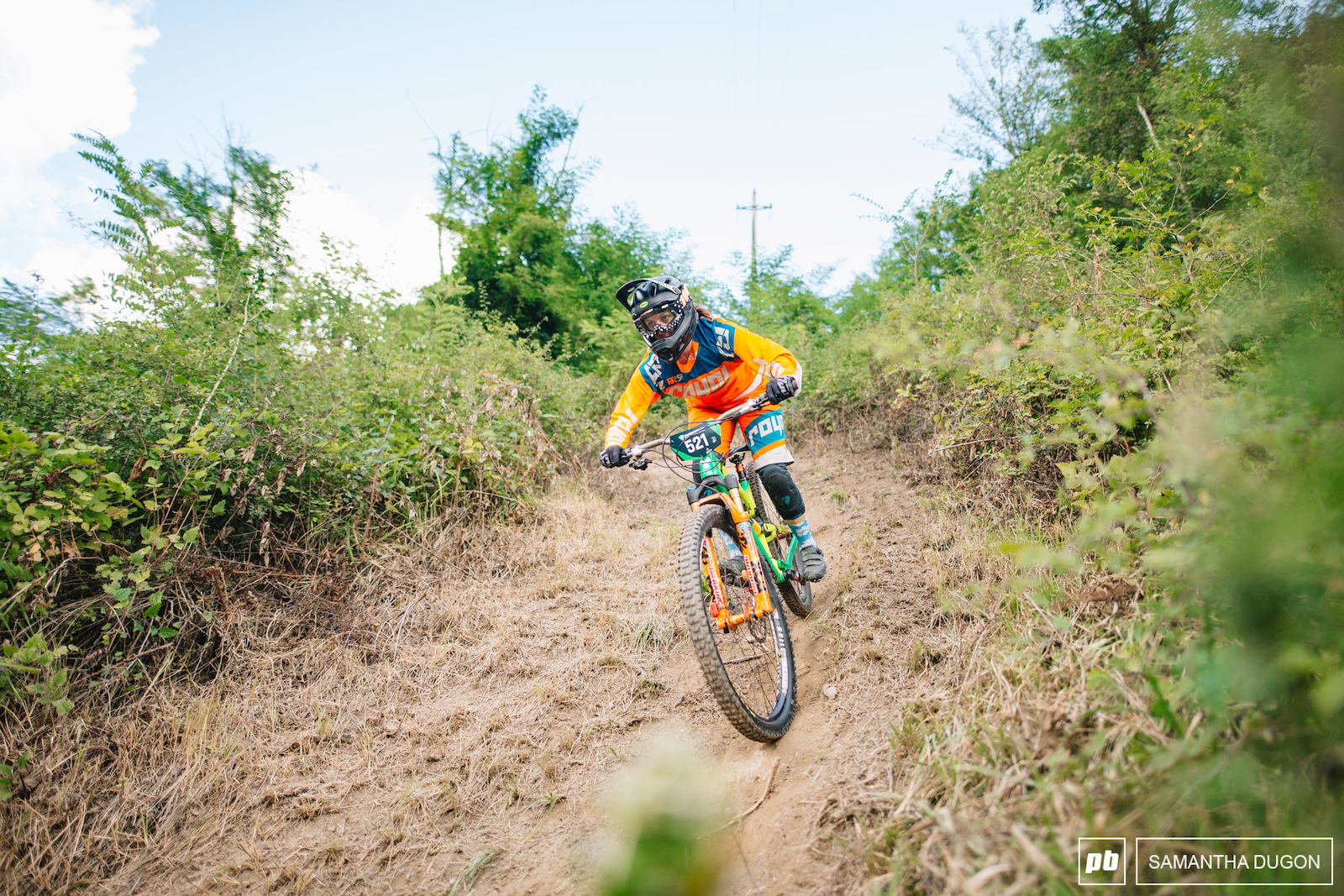 Laura Rossin heading down to take the win at Priero. 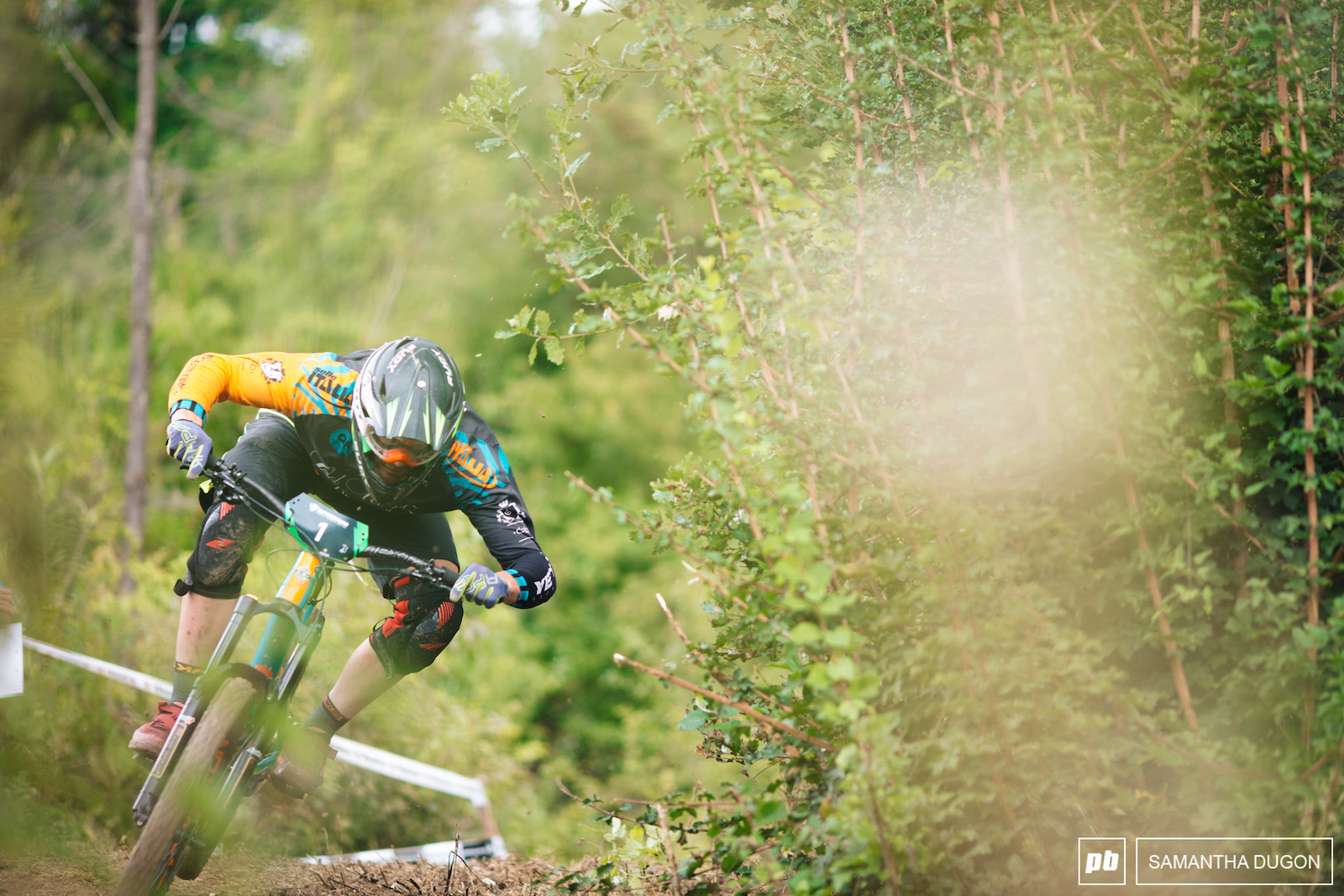 Nicolai Casadei embracing the full aero tuck as he finished stage 4..
Being the last race of the 2018 series, not only was the race top spot to play for, but also the series overall titles.

Soul Cycles Racing rider, Laura Rossin dominated the women's field, taking the win in 5 out of the 6 stages which left her with a lead of 51:54 seconds over Mondraker rider Jessica Bormolini. It was CMC Cyclings Nicola Casadei who took the win in the men's category, winning stages 1,3 and 5, with Lupato brother Denny Lupato sitting just over a mere 8 seconds behind Casadeis overall time of 25:58.

In the overall, it was Laura Rossin and Nicola Casadei who dominated the 2018 series, with Nicola taking the win in 3 out of the 4 races, and Laura who took the win in Sanremo and has consistently maintained podium results in Calestano and Priero. 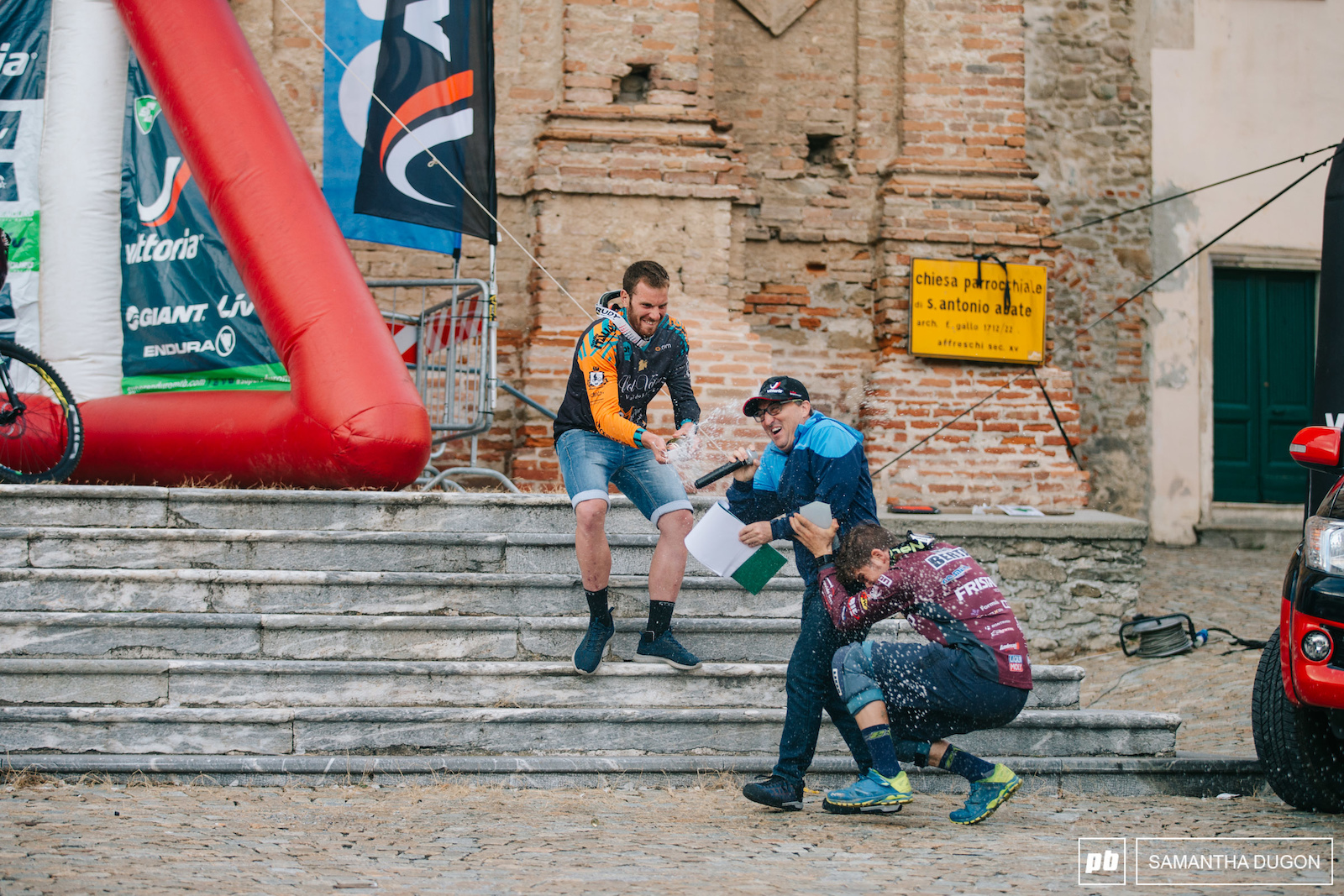 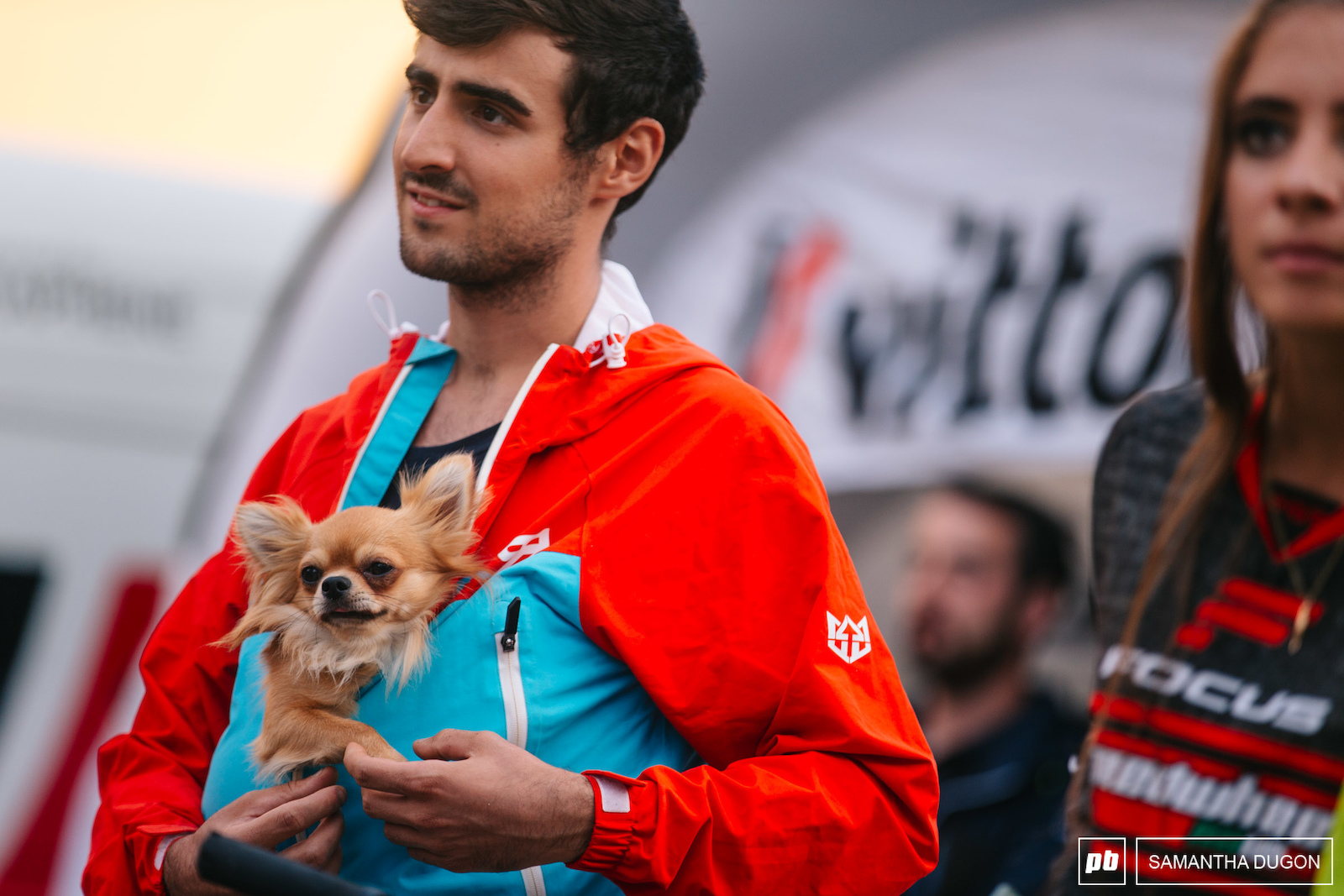 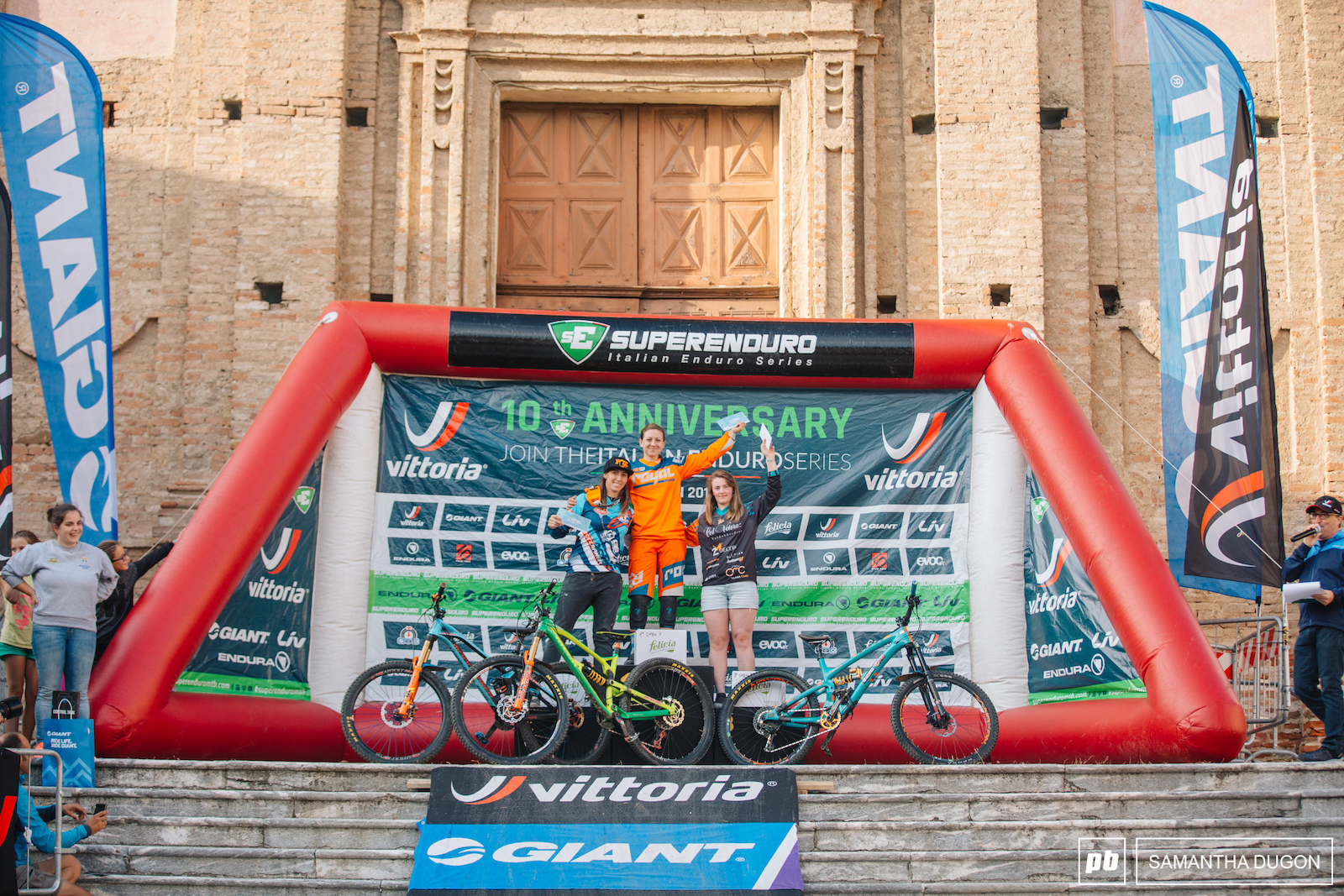 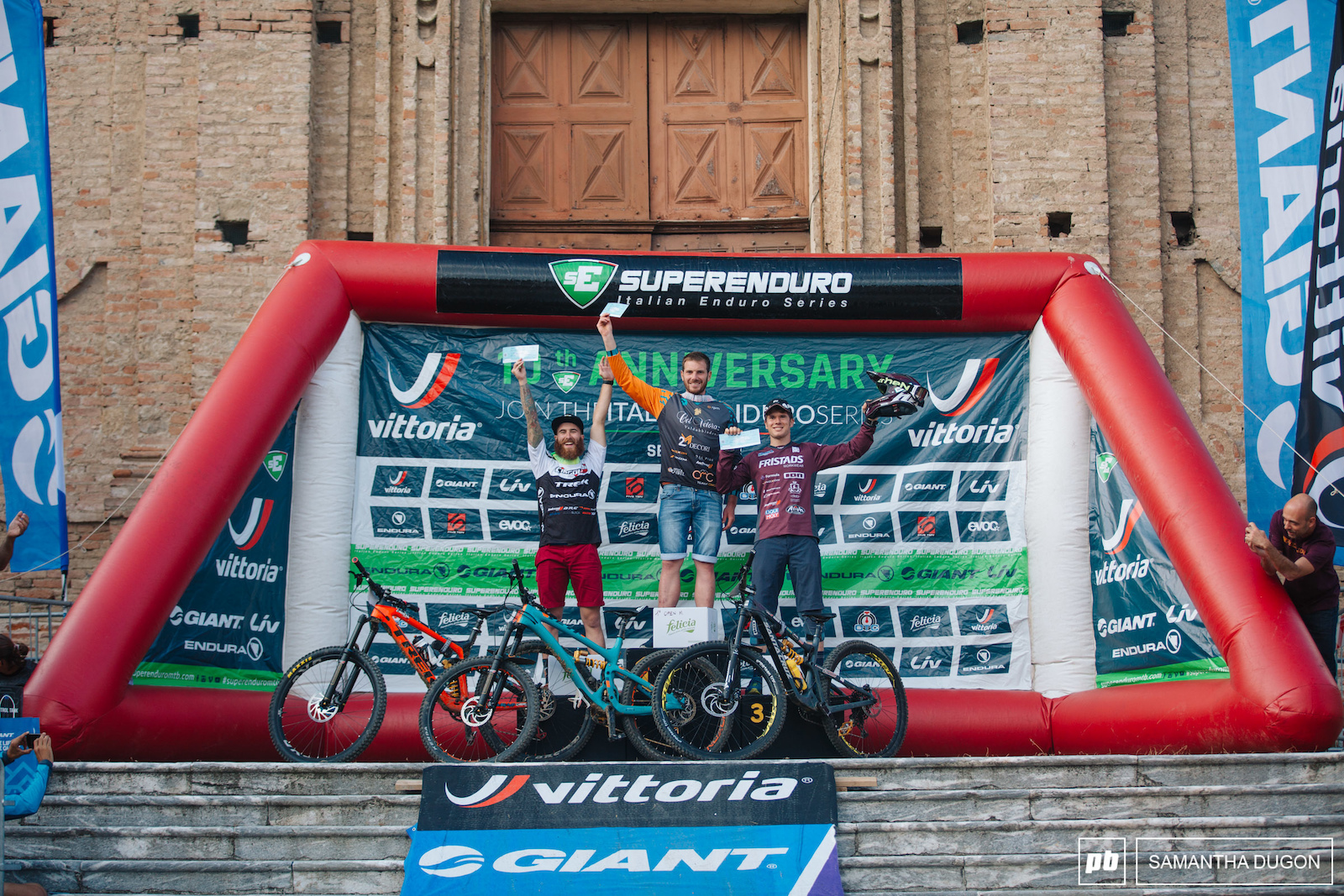 bluumax (Sep 5, 2018 at 4:16)
Pretty good advert for Ohlins- all three guys on the podium running their coil shock and one on the womens too.

jmjr (Sep 5, 2018 at 14:38)
Andreani the Italian Öhlins distributor has quite a big influence on the scene in Italy

bluumax (Sep 7, 2018 at 0:30)
@jmrmuc: Figured that would be the case- but still, thats good representation... especially when im sat here trying to choose between a CCDB and an Ohlins coil

ryanandrewrogers (Sep 5, 2018 at 8:13)
This doesn’t look like Italy, where’s the lycra clad Italalian decked out in shoulder pads, full arm length pads, ever-good-looking plastic knee to shin pads, and the most ridiculous looking helmet? I thought they were an Italian icon.