Feb 22, 2012 at 16:01
by Carlos Gutierrez
Tweet
With a inclement sun and very high temperatures, this last sunday february 19th was held the second stop for the costarican downhill cup named COPA TICA, with a it goes it gets hotter and hotter. BBQ's, brews and a large crow, the forest right at the Canopy Los Suenos gathered lots of "ticos" but due to the high turism zone its located, there were lots of foreign espectators too, and the biggest sport here is surfing...they came in to surf up a new sport on the zone, which they agreed on it take a lot of heart to practice. 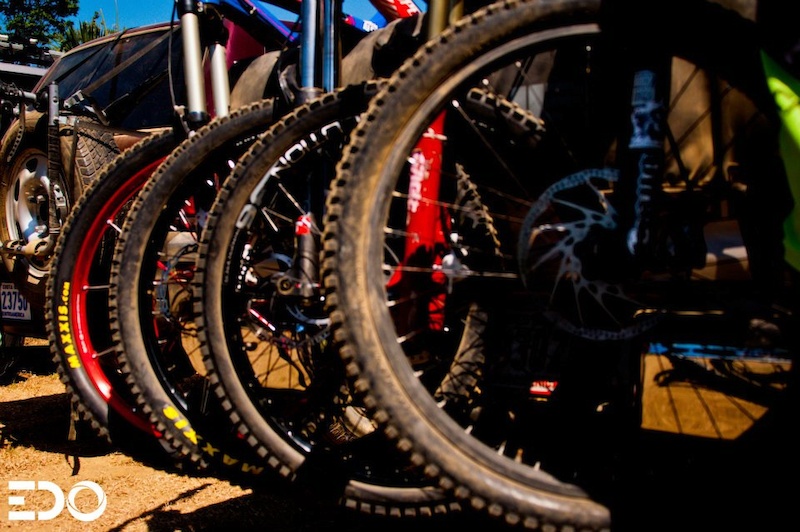 Bazil Cambronero once again got out with the first place in the tremendous heat that embrace the ziplines by noon, but Cambronero had to put a lot of effort to hold back his fellow contender Roberto Castillo, which at the end it paid off, and with few mechanical problems on Robertos' bike, like a ghost, Julian Tenorio took advantage on it and grab the second place and manage to get in the podium for this 2da stage with a time of 1minute 40sec flat, 2sec up from Bazil's time, and 2 sec down Roberto's .

Cambronero also took a hard hit on his second leg, but all the work was done and paid, with a 1:38.20 not many people thought possible that could be beat, Bazil only needed to run a smart race, but his constant search for the best made him do a big mistake and took a hard hit on the roots section. 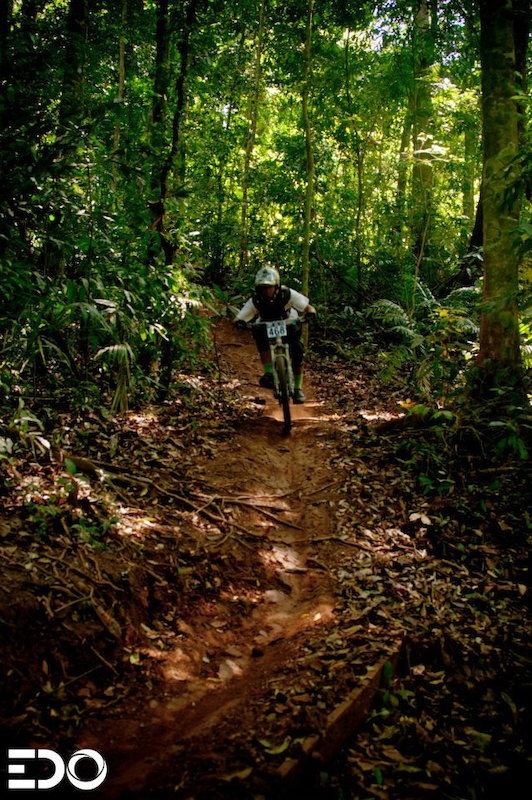 Master category saw good action too, with very close times, but Guillermo Porras' strategy paid him big money, with a Nomad (short travel bike compared to a DH bike) made for him a easy bike to manouver through the sharp turns and gather more pedalling stokes on the uphill sections, and with this taking home the victory with 1:49.06, 6seconds down second place Ricardo Meoño whom, along with Ignacio Alfaro both had a crash right at the finish line big jump, but manage to get decent times, 1:55.60 and 1:59.10 respectively. 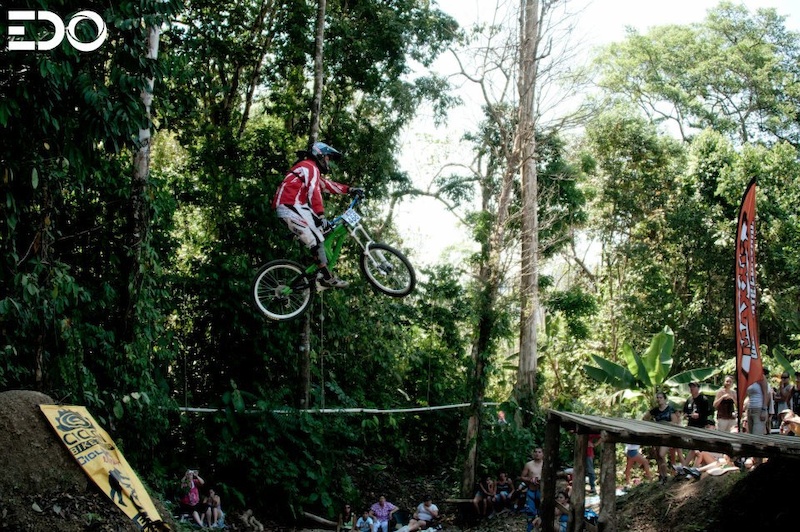 Jose Villalobos continous his reigning driving skills at the Youth category, and with only 17years old, he is one of the future stars of the costarican downhill scene, his time, 1:47.75, 4sec down second place Federico Ulloa and 6 down 3rd Conrad Haehner, all under 18years oled, with shares some light on the bright future ahead on the locals, but speaking of that, Jose Vazquez, with a rigid bike(no rear suspension) is in everybody's mouth these days, everybody want to see him going doing the hill...his time, 1:48.85, overall this time puts him in 9th position. 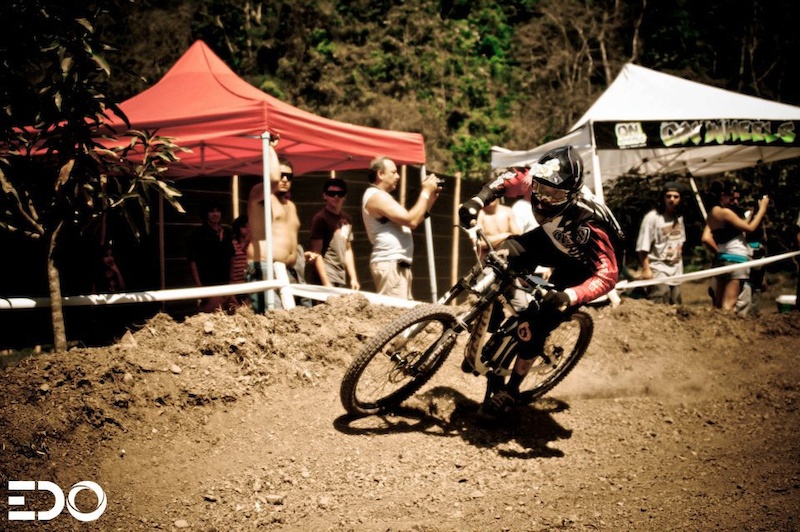 After all the riders were done, around 2pm local time, the people had the time to hit the beach and with it, putting a end on this second stage, putting everybody to think on the third round this coming March 11th, at the Xtasis track, near Santa Ana