This is Peaty, Last Orders: North vs South - Exclusive Video 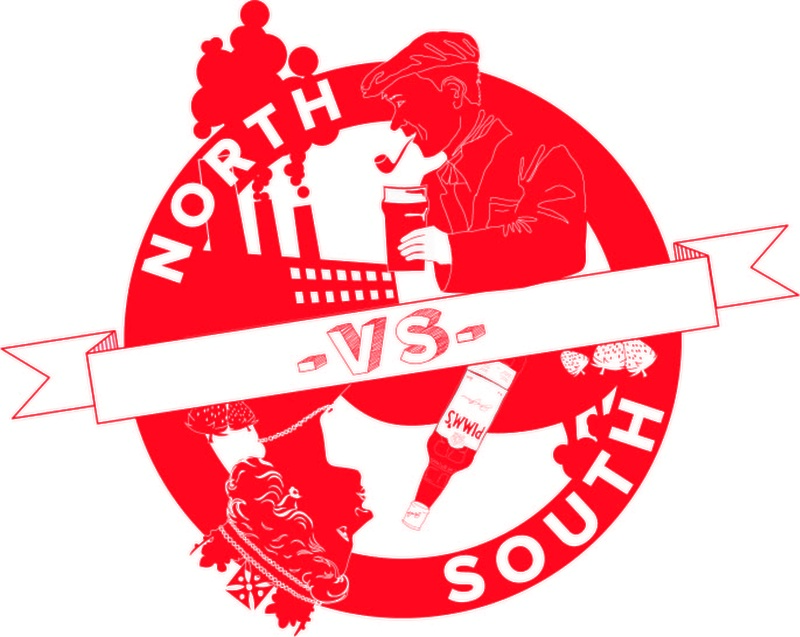 Politics, wealth, beer and tea have divided the United Kingdom for centuries, wars have been fought and blood has been shed deepening the divide between these cultures.


Steve Peat is proud of is Sheffield roots and he is not shy about it either. From being named ‘Sheffield Steel’ to his star on the walk of fame and the keys to the city, Peaty is whole heartedly a northerner.


Peaty’s legacy in the north spawned a new generation of riders, the likes of ‘Loosedog’ lewis and Rat boy to name a few, equally proud of their northern heritage.


A decade ago a young prodigy of Steve rose out of the Surrey Hills of the South, Brendan Fairclough and the S4P crew made their mark on the UK scene.


The North and South for some time were close allies as they rode together on the same team but in 2016 the rivalry is back.


Today the long unanswered question of who reigns supreme in the UK, a global MTB issue left unaddressed for decades will now be answered, who shall rain supreme? This Is Peaty, North Vs South lays this question to rest.


Steve and Brendan were tasked with bringing together their all-star teams to represent the north and south. Pitted against each other in 7 challenges over 2 days it came down to the wire.


From downing pints to tearing up loam and tug of war. #LastOrders brings together an all-star line up of the UK’s best riders to battle it out on the frontlines of the Surrey Hills.


So sit back, turn up the volume and Let the games commence!

For more head over to ThisIsPeaty.com #LastOrders
Produced by Steel City Media, presented by Monster Energy, supported by ENVE and Lizard Skins

nickkk (Dec 19, 2016 at 0:33)
Regardless of what people think mountain biking is,I think you could show this to anyone sporty or not, and they'd understand why bicycles and dirt mean such a good time to us.

vinay (Dec 19, 2016 at 11:55)
Absolutely, this is what it is all about for me. Good times with your mates. Wheelsize, gearing range and pedaling efficiency really don't matter that much. Just get out there and have a blast

Reminds me of that Peaty and Pagey (Nigel Page) hardtail section in Earthed 3. Maybe these guys should get back together for a veteran edit.

Boonsa (Dec 19, 2016 at 5:36)
THIS is what mountain biking is all about, just having a massive laugh with your mates. Also, this should be the new Enduro format.

justanotherusername (Dec 19, 2016 at 0:24)
Awesome video - and great to see how each of the riders have things they are good and not so good at. Peaty still getting through the trails better than the young uns, and I am sure Brendan is some kind of wizard....

Ziph (Dec 19, 2016 at 4:38)
Quite suprised how sketchy loosedog is through the doubles. Needs his tyres pumping rock hard!

renno (Dec 19, 2016 at 1:27)
man that was the best video I've seen in a while get in peaty and the boys down south happy times ahahah couldn't stop loafing ahahah

c'mon on lads. lets have another one!

2bigwheels (Dec 19, 2016 at 9:12)
If you were wondering what the best bike film of the year was... you just watched it. I don't think I stopped smiling or laughing through that whole video haha.

constantly-broken (Dec 20, 2016 at 4:53)
and here I was thinking Bootnecks could chug down any form of alcohol placed in front of them lol still this was an awesome vid......what fun can be had with good mates and 2 wheels in the dirt!

Barry the Baptist: (on his way out, whispering to himself) F****** northern monkeys!
Lenny: I hate these f****** southern fairies!

GnarAZ (Dec 19, 2016 at 9:50)
I love that this video validates that you can be a sick rider and still be a common man when it comes to DJ. Great vid, great times Peaty!

Where was Bernard Kerr in our Southerners line up.

DownHillGiant (Dec 19, 2016 at 5:26)
Amazing vid... being from the North and 30mins from Mr Peat i can hand on heart say we have some amazing trails up here. But just shows that North or South, riding is riding and everyone can just crack on and have a reet time!

jack-aldred (Dec 19, 2016 at 11:06)
Now this is how major roles in politics should be decided. Should have flown Trump and Clinton over to Swindon with some bikes and let them fight it out over a battle of ULTIMATE STEEZE. Stick Bernie behind the lens and you have a master piece.

steviemarco (Dec 19, 2016 at 0:39)
The only thing in common I have with that lot is I can crash just like them! Oh and I'm a Northerner (bit further North of Sheffield though).

DC1988 (Dec 20, 2016 at 3:29)
I'm from Bedfordshire and many locals would class Kettering as north, maybe it has more to do with your accent than where you live. I'd call Birmingham north but not Norfolk even though most of Norfolk is further north than Birmingham.

Justmatthew (Dec 20, 2016 at 8:17)
@DC1988: Na, Birmingham is midlands. You have to bring the midlands into it. I'm also from Bedfordshire and the north starts at around Nottingham for me.

cornwallfreerider (Dec 19, 2016 at 0:31)
YEAH BOYZ. The deviants of the British riding scene doin what they do best. GETTIN RAD N ROWDY. That was awesome.

Exactly why we love the British riders!

ThePeanutGallery (Dec 19, 2016 at 5:13)
Best video ever. Al my faves drinking beers and riding bikes. Only thing missing is a big SPLIFF
Post a Comment