Swede Shreds is a brand new web series that goes searching for the sickest riding spots in Sweden together with local athletes and trail builders who make up the scene. From the stunning mountains in the north to the rolling hills of the south, tag along as Hanna Jonsson checks out seven different locations together with over fourteen riders. From fast and fun trail riding to gnarly downhill and big jumps, there will be something for every taste! 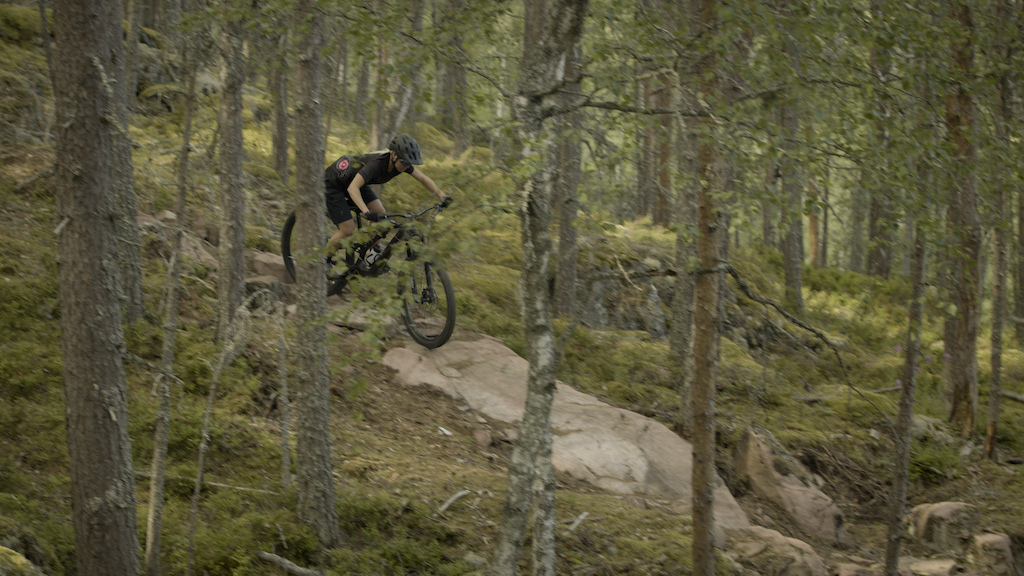 Ida Jansson on the new trail Ättestupan in Källviken.
From the high-alpine views in Jämtland (watch episode 1 here) to the rolling hills of Dalarna. In episode 2 we explore the bike mecca that is Dalarna - a place where MTB is growing at a record-breaking speed. We get to tag along with Slopestyle pro Emil Johansson and XC rider Ida Jansson as they shred some of their favourite trails in Källviken in Falun. 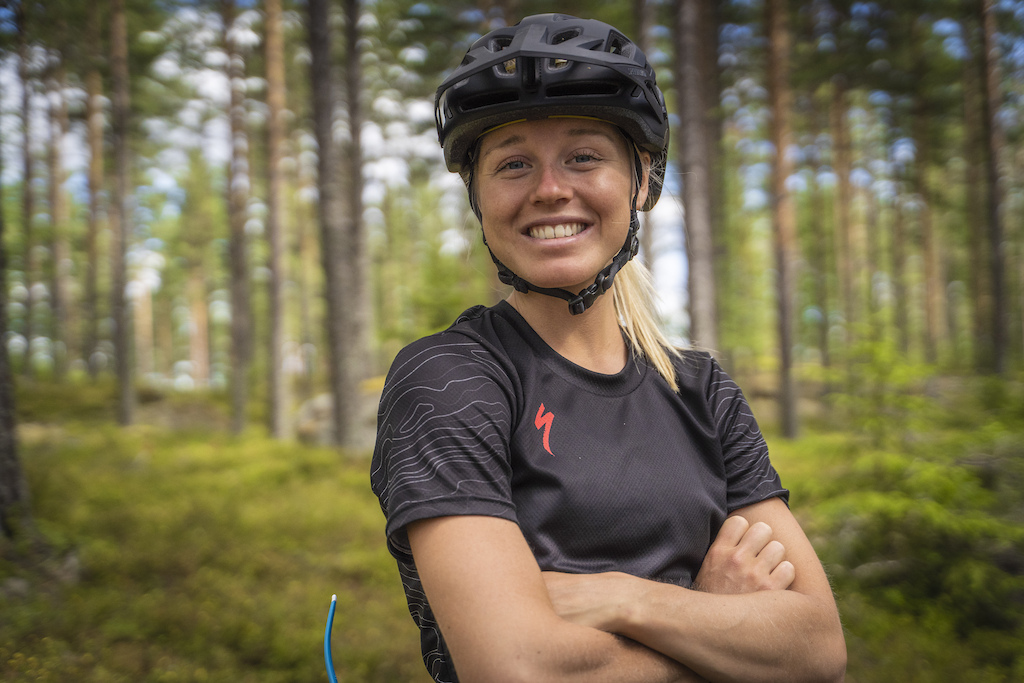 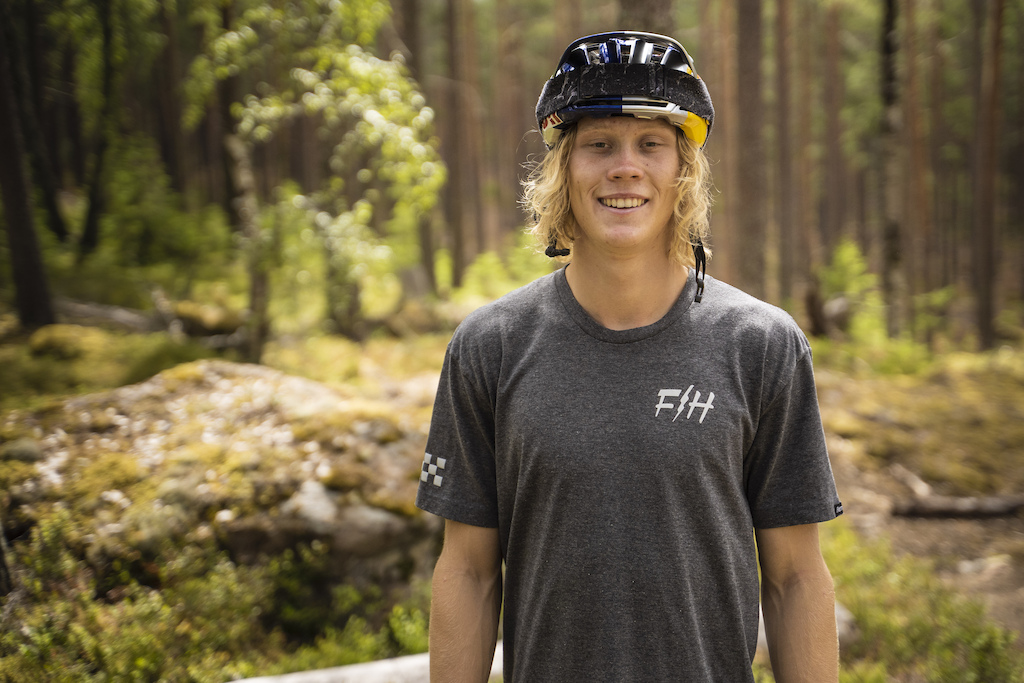 Ida Jansson and Emil Johansson.
Per Hagdahl from Falu stigcyklister makes an appearance and talks about their insanely cool initiative “Trailbuilding Tuesdays” and we get to check out their latest addition to Källvikens trail network, Ättestupan.


Falun is a city that has become somewhat of a MTB hotspot in Sweden. A place that has got a huge amount of MTB trails, a super active bike club, a biking high school and is home to some of the best riders in the country. So don’t be fooled by the small-ish hills around Falun, because scattered around these forests is a huge variety of MTB trails. Fast, flowy, easy, technical - there is literally something for every taste. 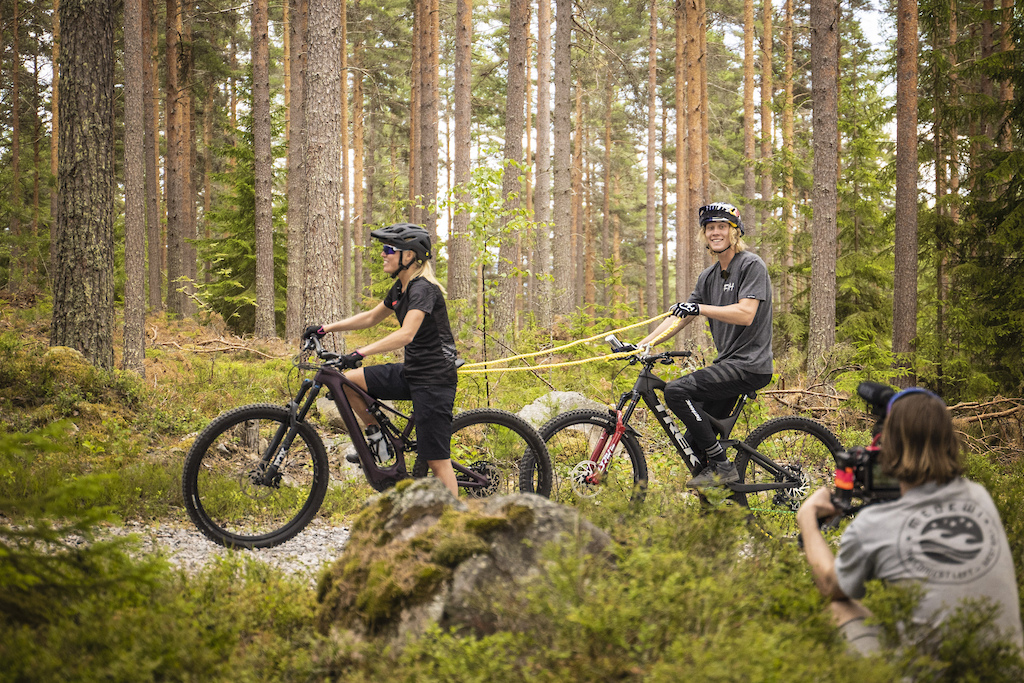 The benefit of having a friend with an e-bike. Free uplifts!
Källviken is one of those magical spots in Falun. The hillside has become increasingly popular in the last couple of years as the local bike club, Falu stigcyklister, have put in huge amount of work creating a fun, well-built trail network. With an easy fire road climb to the top, the more enduro-oriented trails are only a short pedal away and it’s easy to smash out laps. But don’t worry, if technical uphills are more your thing, there are plenty of those around the signposted black XC loop. Most trails have fun little features like wooden drops, jumps or berms and it’s easy to progress and challenge yourself no matter what level of rider you are. This is a place where you will spot world cup riders as well as beginners. 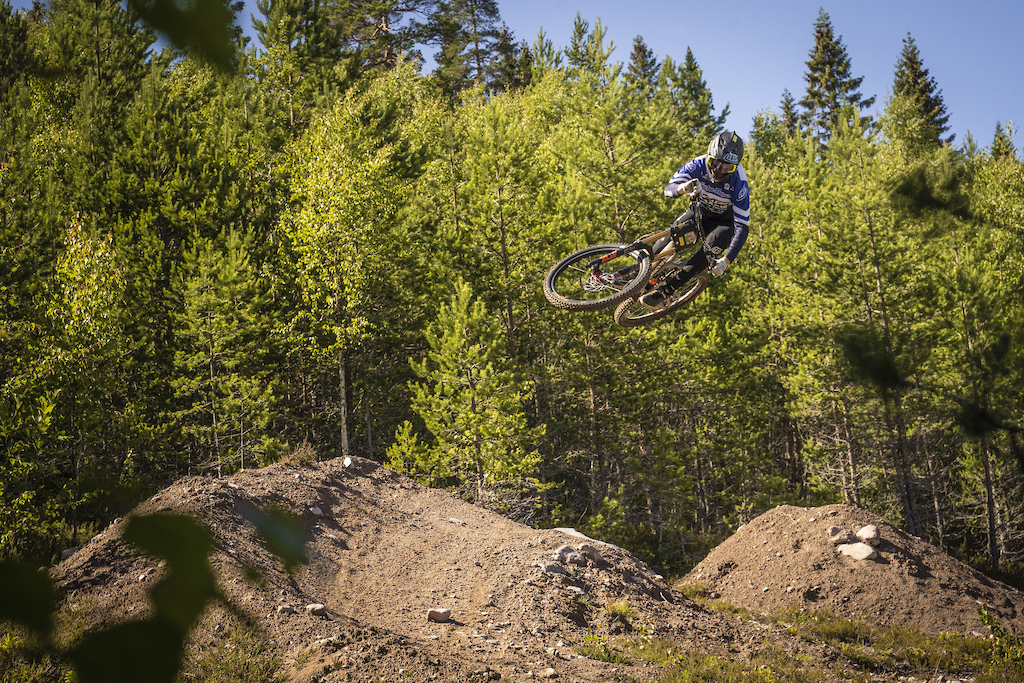 Ben Zwar styling it up on Hunflen's DH track.
For the second part of episode 2, we get to visit Hunflen - a place where trails are rough, raw and technical. Something for the Downhill fans. Hunflen is in fact a privately-owned hill located close to Vansbro and is maintained and run by the Head Coach of the Swedish MTB Gravity team Adrian Hörnqvist. Riding here is by invitation-only and the hill is used mostly as a training ground for the riders in the Swedish national MTB team. 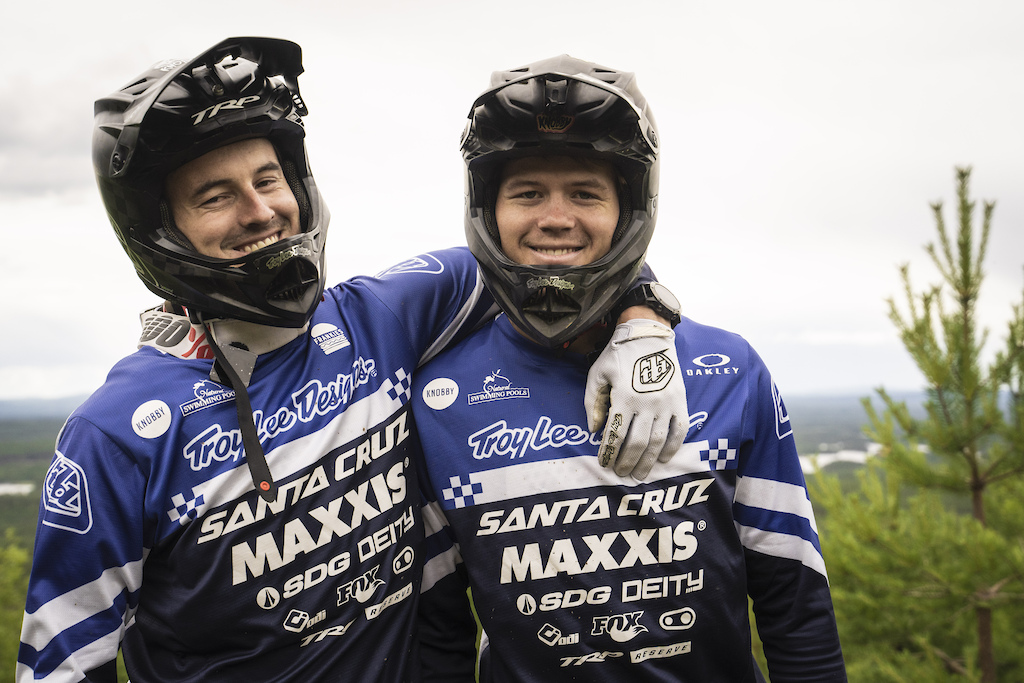 Oliver and Ben Zwar.
And two riders who have recently joined the team are Oliver and Ben Zwar. Half Australian, half Swedish, the brothers moved over to Sweden at the beginning of 2020 to train and race with the Swedish national team. However, World Cup racing isn’t new to them having done three seasons with some very impressive Top 30 results. Watch them show off their new training grounds and go full send. 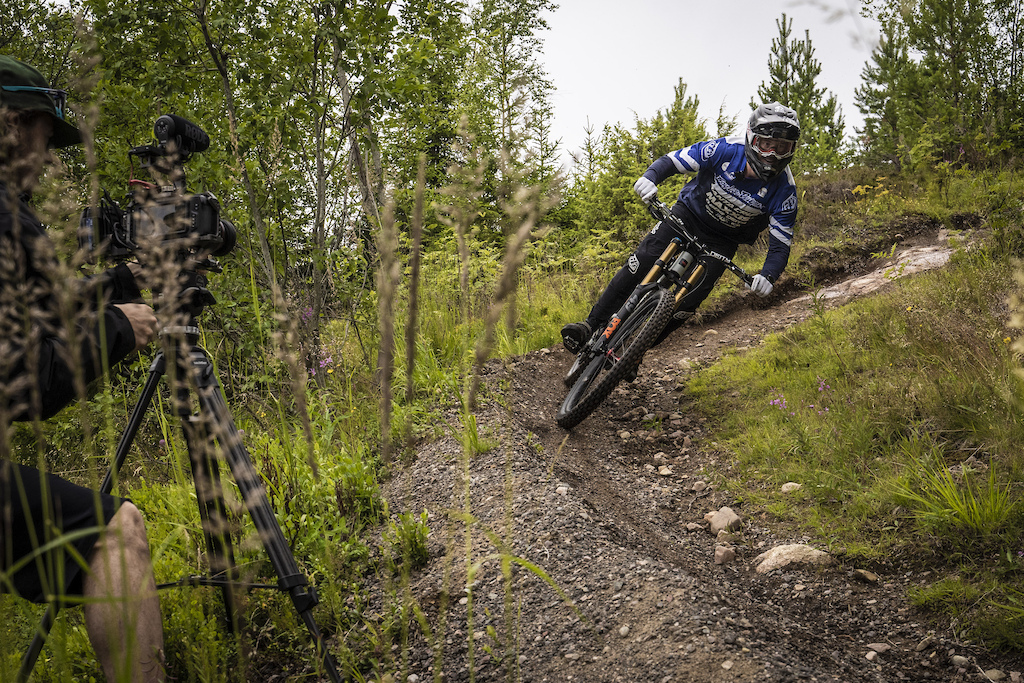 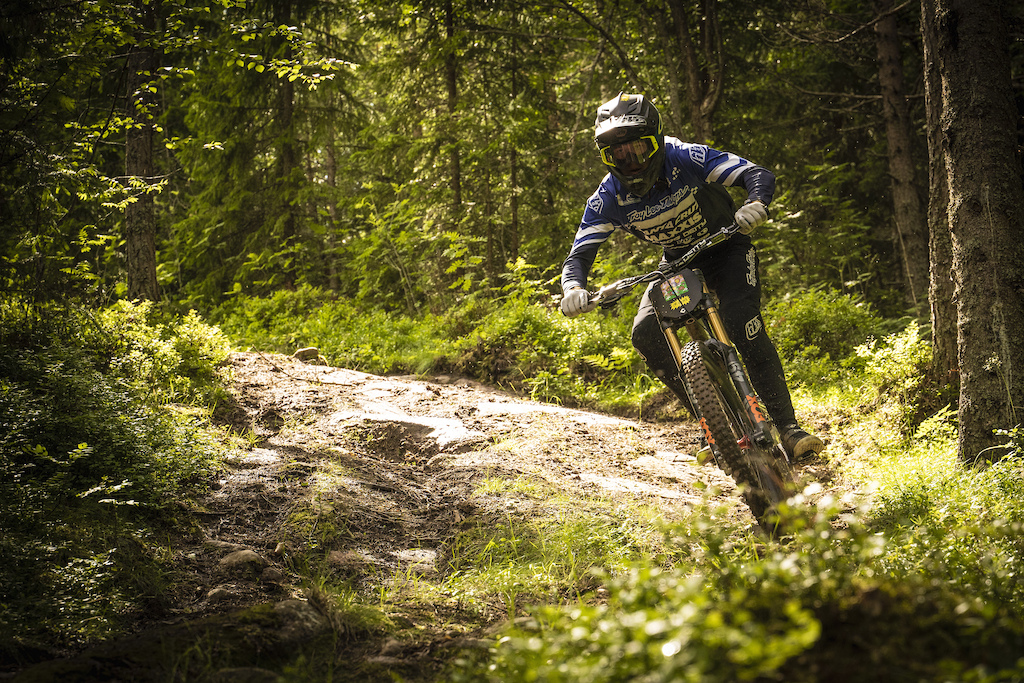 Behind the scenes at Hunflen. 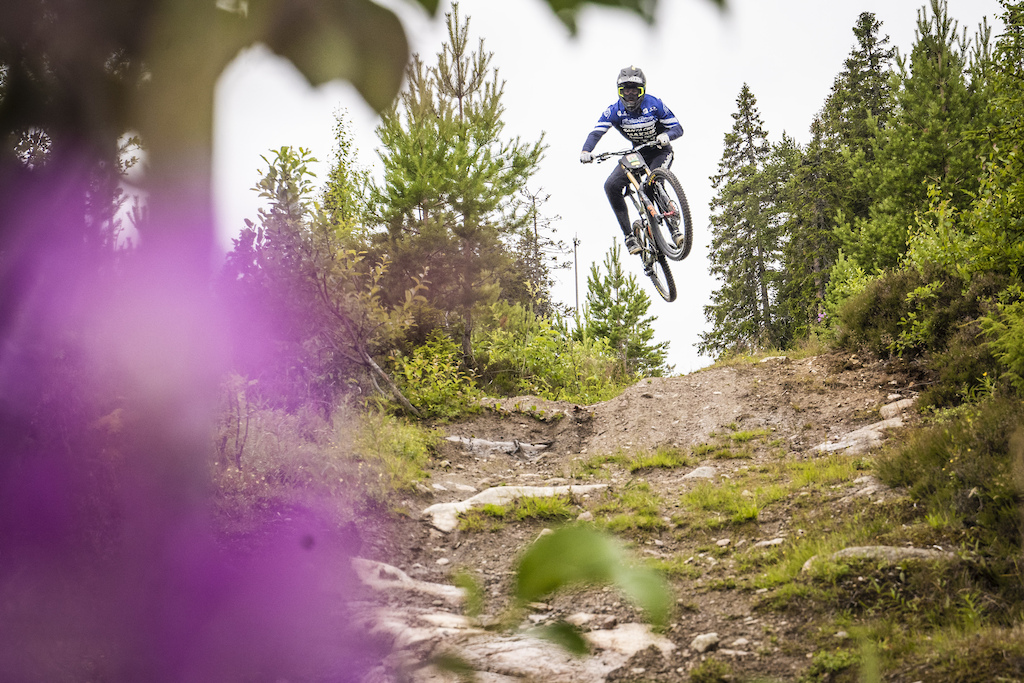