$3000 USD
Up for sale is this amazing santa cruz. Bought it new from a local bike shop at the very beginning of 2019 and rode it very often up until about 6 months ago when i got into DH. The Frame is in 9-10 condition and cleans up very very nicely. Will trade for a DH or mondraker, YT, or a transition. Shoot me what you got. Buyer pays shipping and paypal fees. 2019 Fox 34 Rythm 140mm 15x110 2019 Fox Float L 130mm travel Wtb wheel upfront with a maxxis Minion DHF 27.5x2.50 Stans Flow S1 ZTR rear wheel with 1 dent(pictured and very true) Minion DHR 2. Both are tubeless with very good tread. Sram NX 11 speed complete drivetrain: shifts very good. will come with brand new chain Raceface Aeffect Dropper with Aeffect lever Sram Guide L brakes with new pads and fresh bleed Raceface bars and stem Bontrager saddle No pedals included.

$1300 USD
Need gone. Up for sale today I have my 2015 Devinci Wilson SL. I am the second owner of this bike and I purchased it used from pinkbike at the beginning of 2019. Even though the bike is a 2015 model year the geometry on these frames is super modern and was years ahead of its time. This is very capable bike and incredibly fun bike for anyone looking to try their hands at riding/racing Downhill! The bike is in good shape but has a few blemishes from shuttling, number plates and just general use. The parts list is as follows: Frame: Large, 2015 Devinci Wilson SL (Aluminum front traingle/chainstays with carbon seat stays) Fork: RockShox Boxxer World Cup RC Solo Air -Fork will be freshly rebuilt prior to sale Shock: RockShox Vivid R2C (400lb spring) Wheels: Easton Havoc DH- Has Cushcore installed front and rear Derailuer: Sram XO carbon DH 7-speed Shifter: Sram XO Carbon DH 7-speed Cassette: Sram XO one piece 7-speed cassette Cranks: XO Carbon DH Chainguide: E*Thirteen LG1+ with Taco Bash Brakes: Sram Guide RSC rear, Ultimate front. (Both have been warrantied work great!) Rotors: Sram Centerline 200mm Bars: Deity Raceline 810mm OR Raceface SIXC Carbon Bars 830mm Stem: Chromag BZA Direct mount Grips: Brand new Seat: Deity Sidetrack I-Beam Seatpost: Deity Retina Seatpost clamp: Deity Circuit Tires: Maxxis Minion DHF front, Maxxis Minion DHR rear both have 5 or less rides on them The bad: The fork has a few nicks on the drive side stanchion and this side stanchion will need to be replaced as it will begin to wear. There is light lift scuffing on the fork lowers and the rear wheel has numerous dents and is missing a spoke. The bike really could use new wheels but will absolutely work with the ones on it at the moment. The good: Replacement Stanchions are super cheap! The bike rides great and is incredibly fast. Its ready to roll out of the box and can be ridden the way it is no problem! Bike has fresh tires and the suspension is freshly rebuilt. With modern geometry and a great component base the bike is an awesome machine for lift access downhill park or shuttle days at your local hill! I am open to offers but am relatively firm on the price as I really need the money to build a new enduro bike. I am in search of a very good condition MEDIUM 29er FRAME with anywhere from 140 to 160mm travel so if you have a frame and are looking to trade please feel free to reach out! I will post photos of the bike later today!

The-mnt-life365 pinkbikeoriginals's article
Oct 8, 2019 at 9:55
Oct 8, 2019
Video: Friday Fails #89
Can someone please share the directions on how to submit clips? Can't for the life of me figure out how exactly to do so

That was fucking dope
Load more... 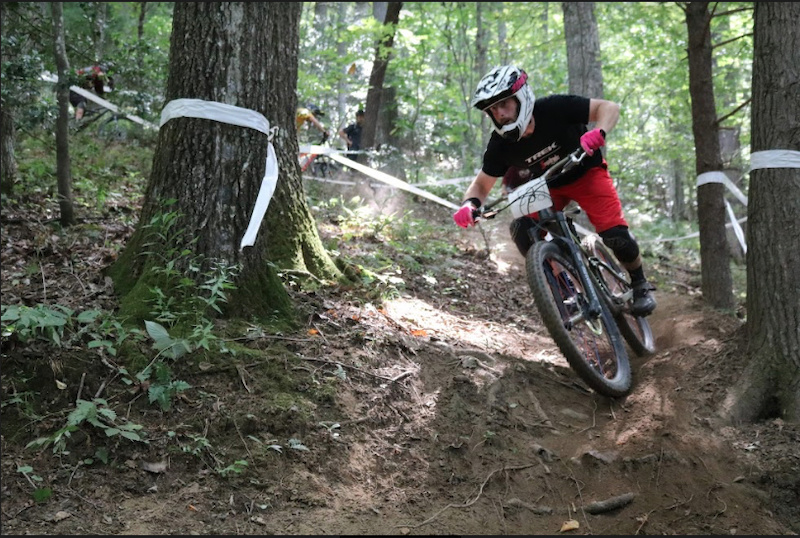