Trans BC Enduro: Day One, Fernie - Straight out of the Gate 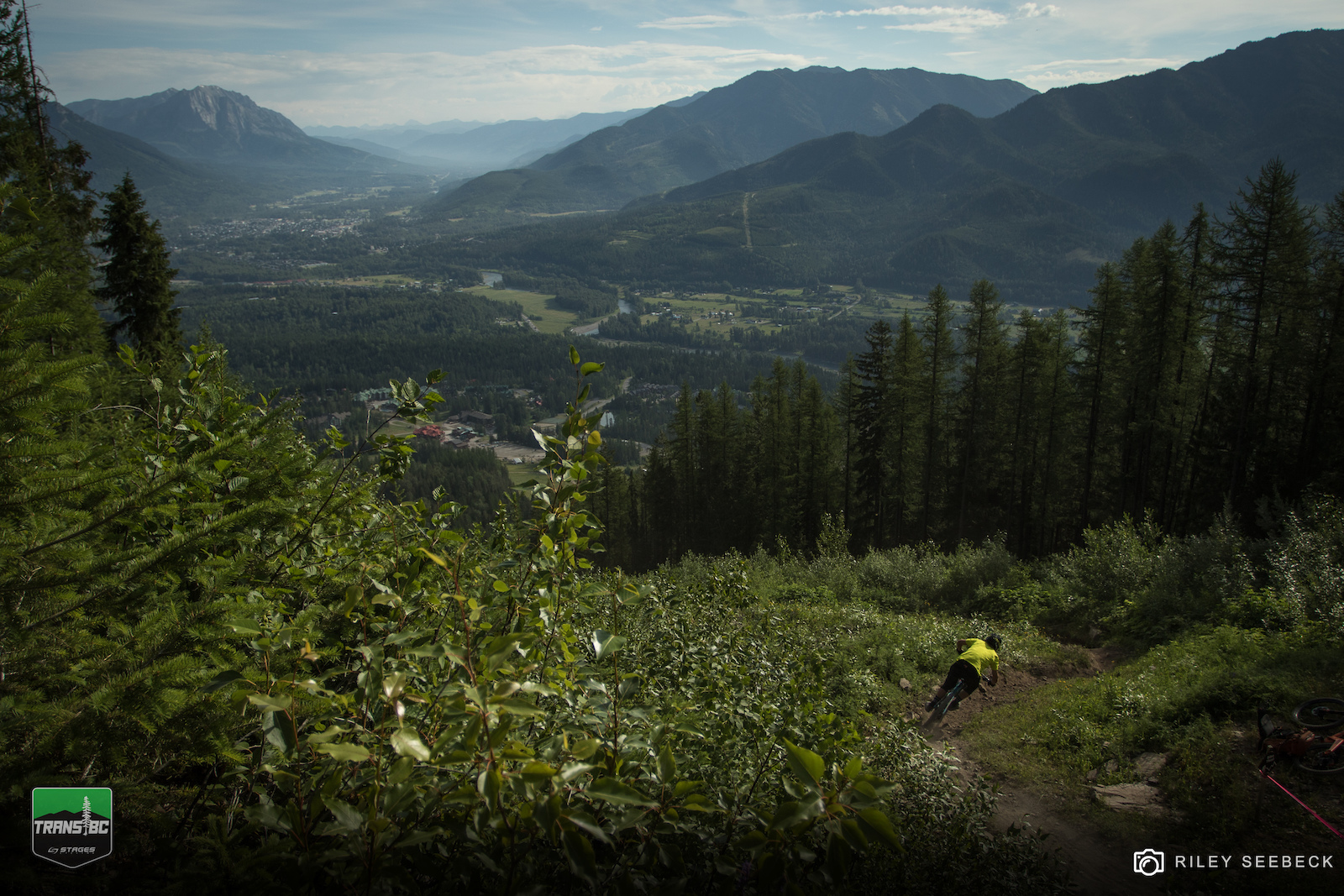 Trans BC Enduro
Day One Fernie
Day one of the 2017 Trans BC Enduro presented by Stages Cycling gave racers a taste of true BC steeps and tech— straight out of the gate— with four stages visiting both sides of the valley overlooking the Elk River. Although Fernie is world-renowned as a powder destination with over 30 feet of snow annually during the winter season, these slopes provide the foundation for sheer, rocky descents that set the tone for the coming week. 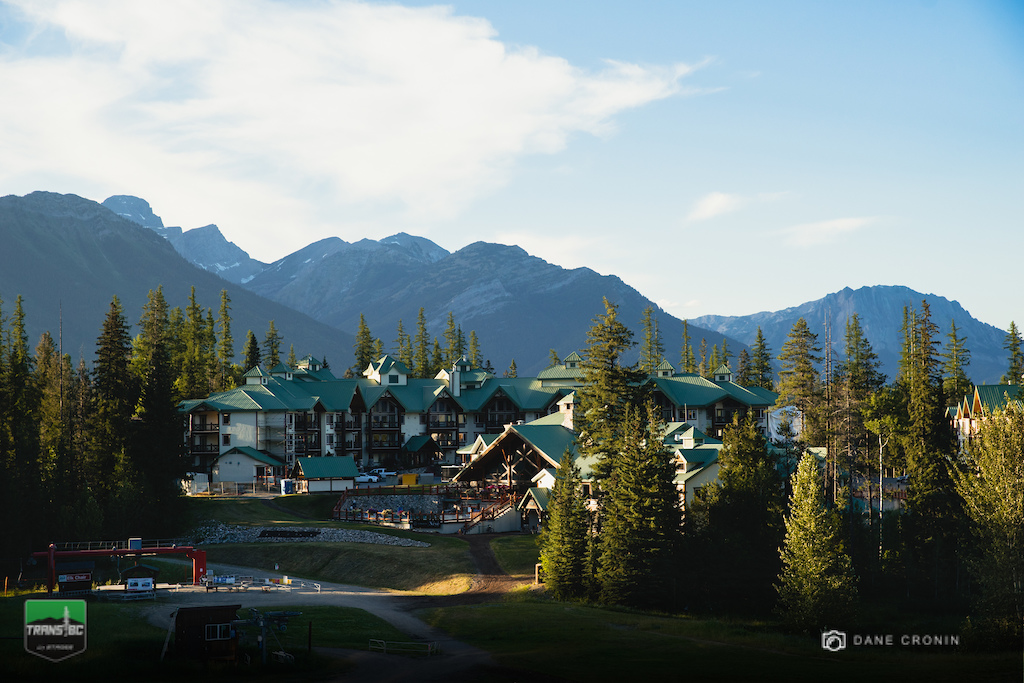 Fernie, B.C. is a beautiful place. 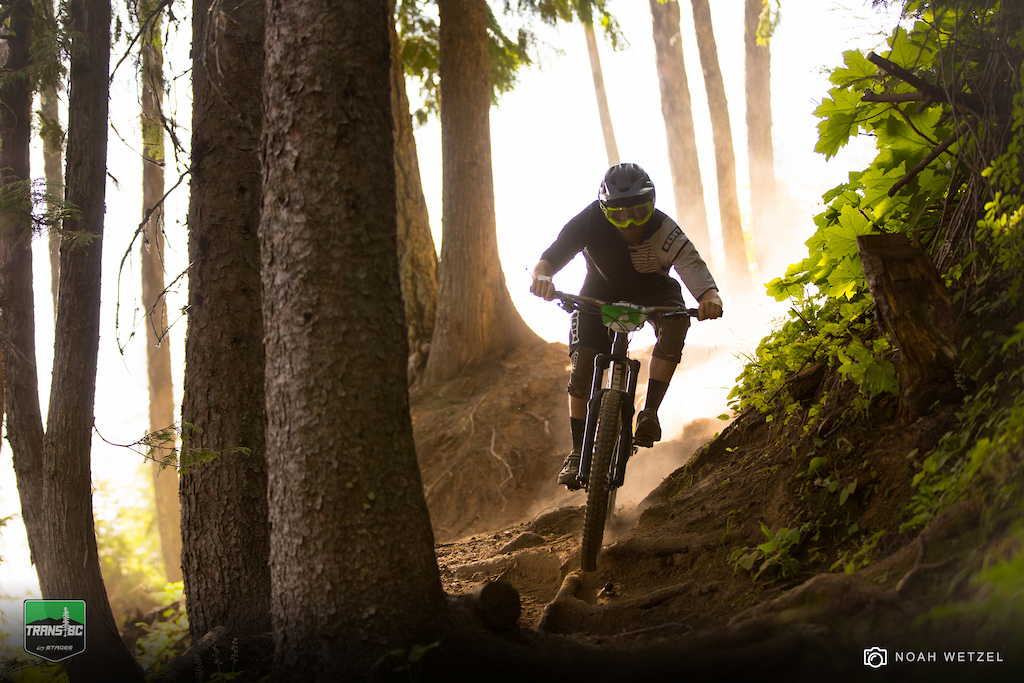 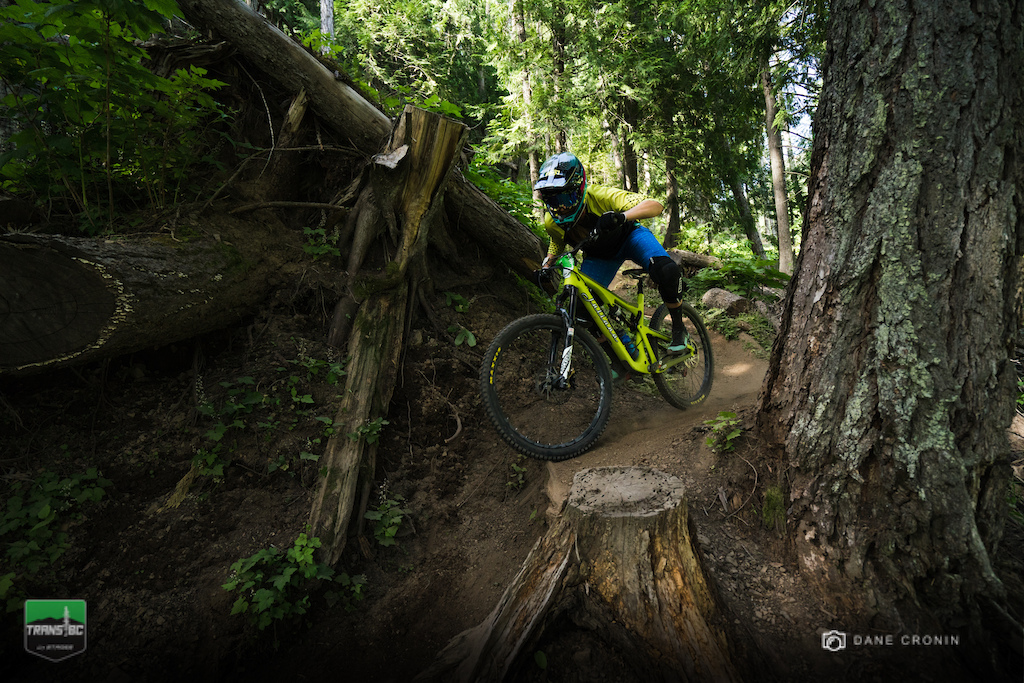 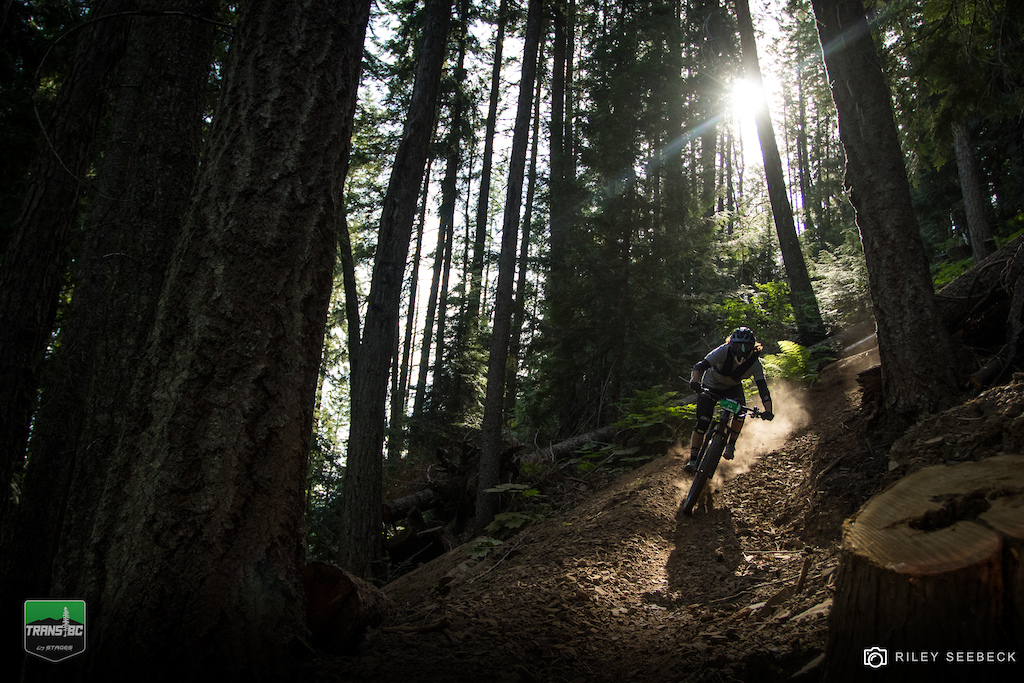 Riders began their journey on the flanks of the Lizard Range in-bounds at Fernie Alpine Resort, where they sauntered up the Elk lift for part of their transition and pedaled across one of Fernie’s five legendary bowls before dropping straight into Bike Thief— a black diamond descent by B.C. ratings. While the trail moniker may lead you to believe you should ride it like you stole it, racers were cautioned to begin their day with restraint with six long technical days ahead. 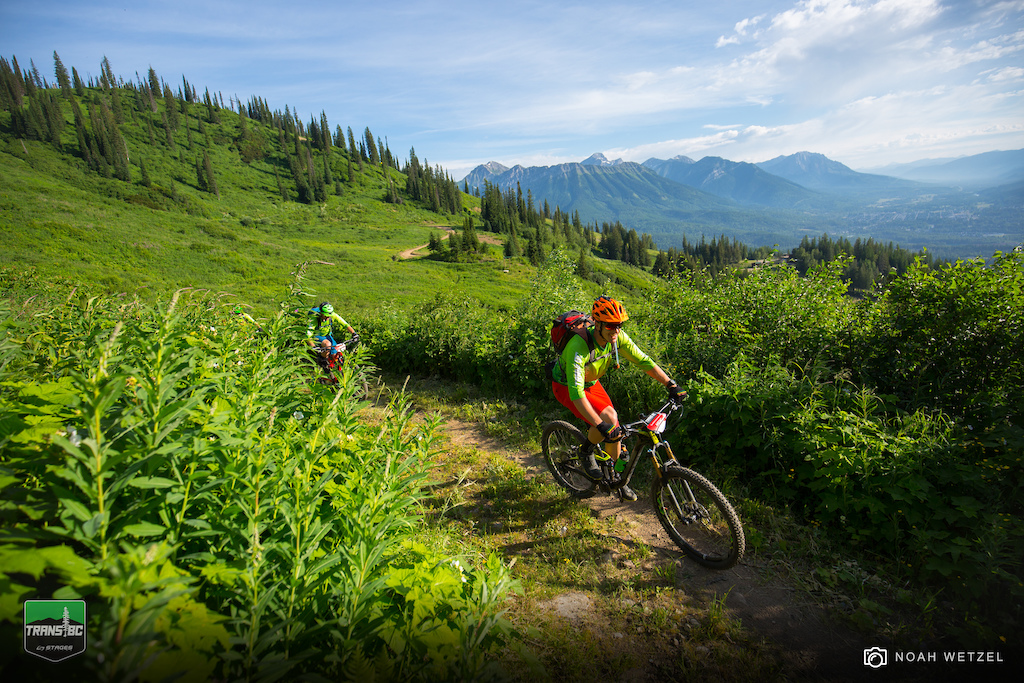 Volunteers climb to Stage 1 on Day 1 of the Trans BC Enduro. 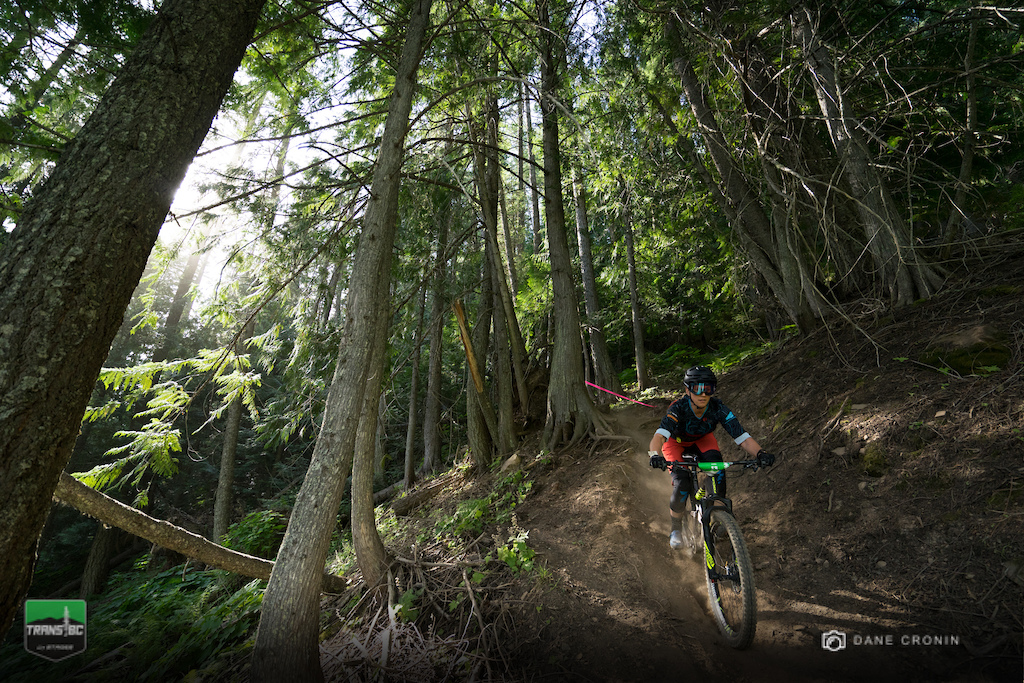 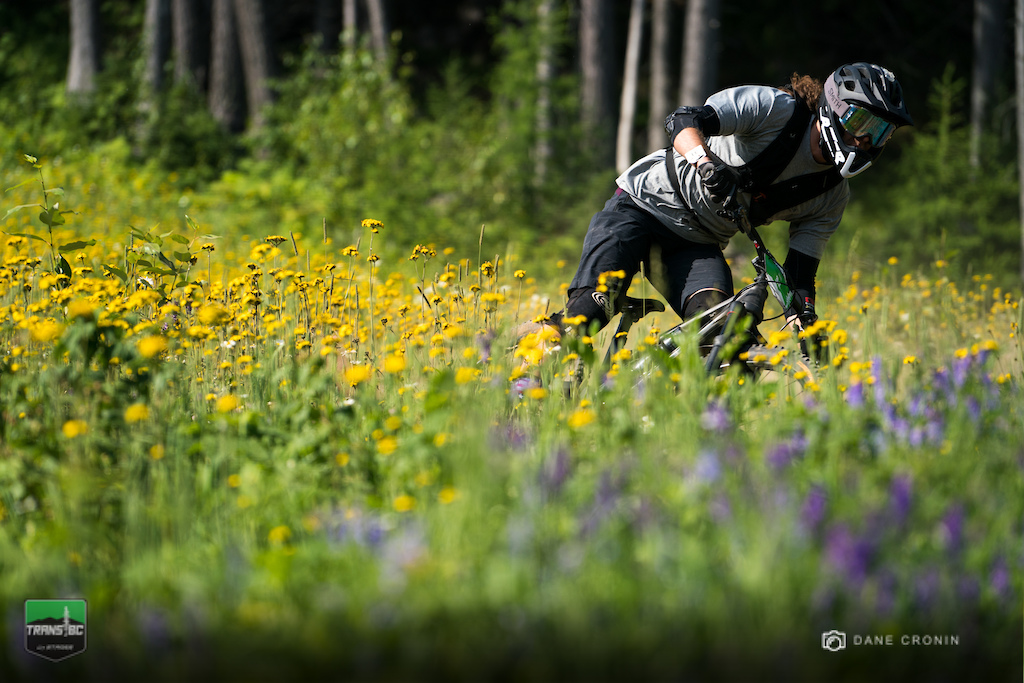 Aaron "the Baron" Bradford making his way out into the open on Fernie Resort, Stage 1. 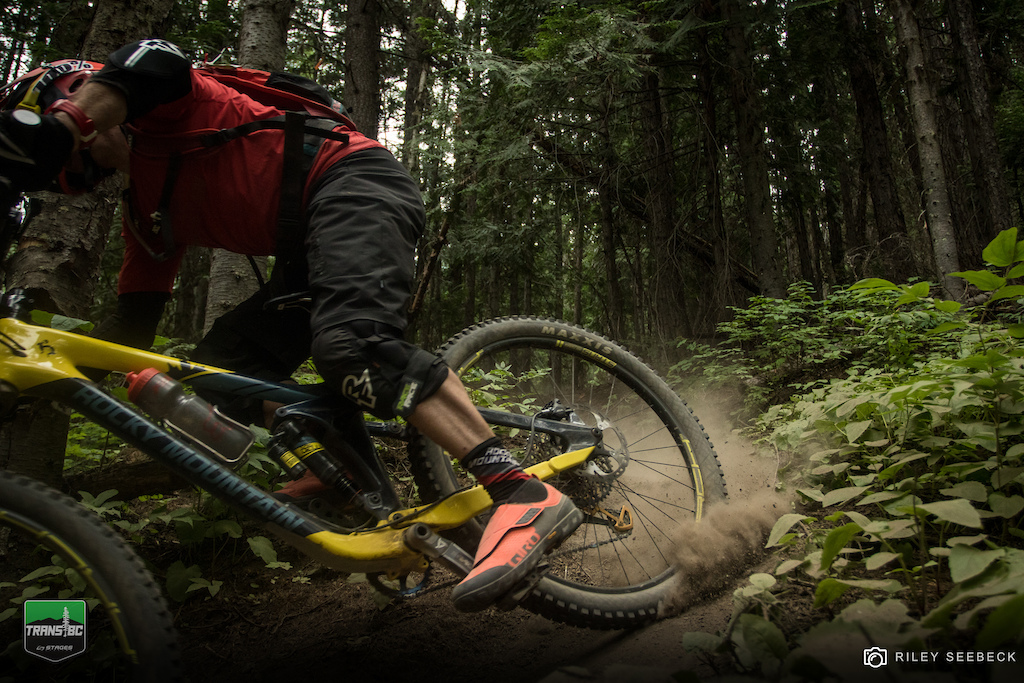 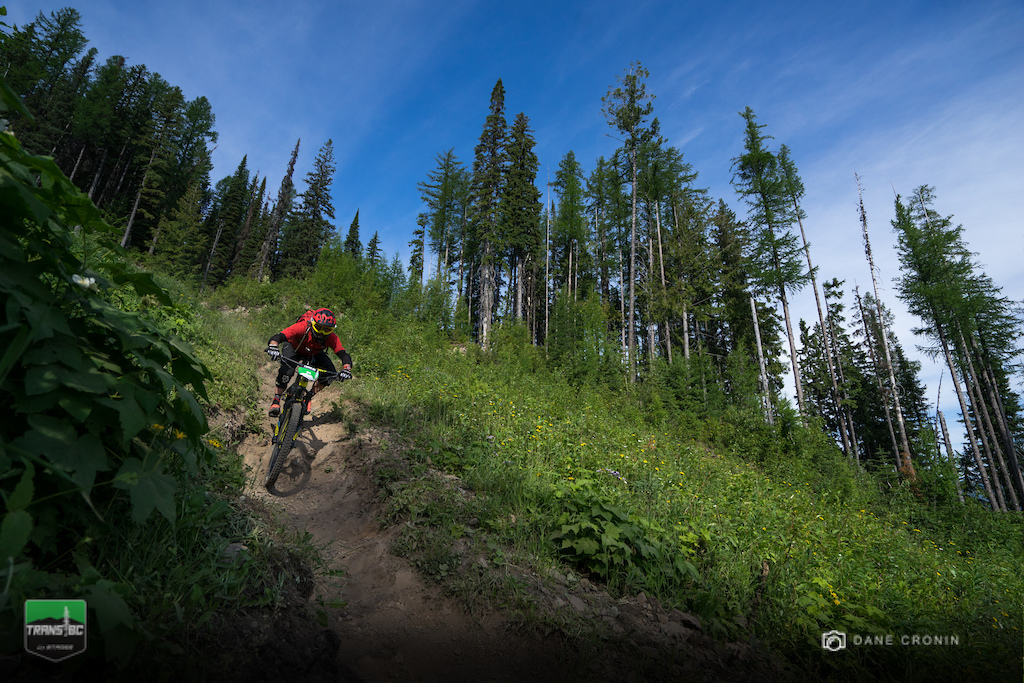 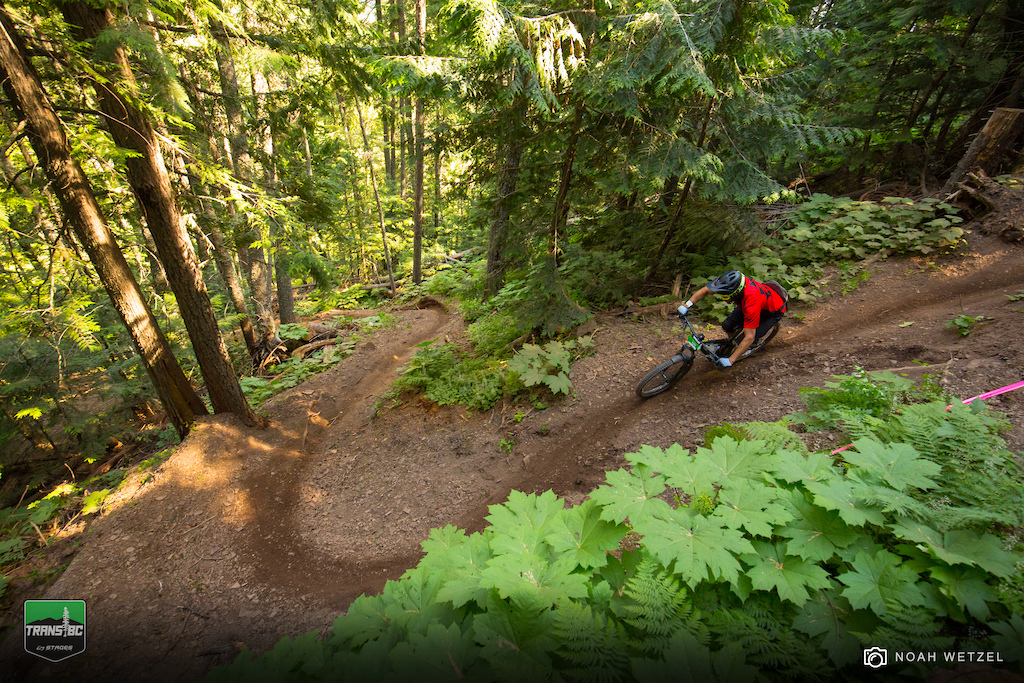 Nick Tuttle races Stage 1 on Day 1 in Fernie, B.C. for the Trans BC Enduro.

For some, the hyperbole of Bike Thief made them appreciate the first stage even more as they crossed the finish line. “Everyone had it hyped up to be mega gnarly,” said Steve Saletnik (Santa Cruz, Calif.) Open Men. “It was, but not as bad as I thought it was going to be.” 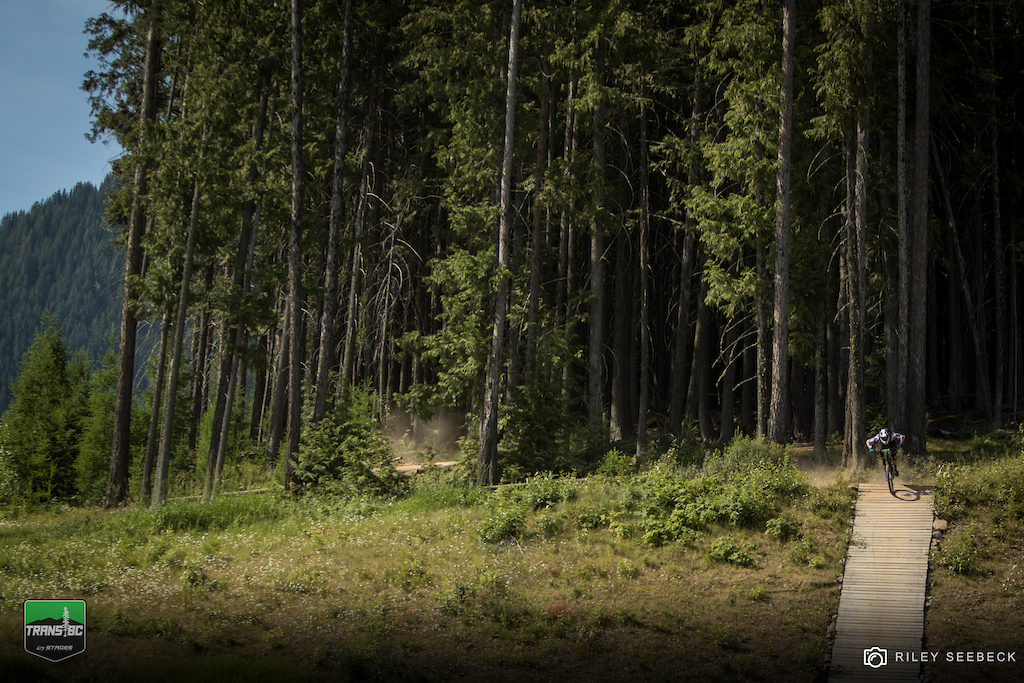 With 778m of climbing to their next stage, racers rode from Fernie Alpine Resort across the valley to part of the town’s extensive trail network on Castle Hill. The transition weaved and bobbed up countless switchbacks to top out at 1,506m. “The vistas made the grunts worth it,” Saletnik said. “Especially with the thunderstorms roaming in the distance.” 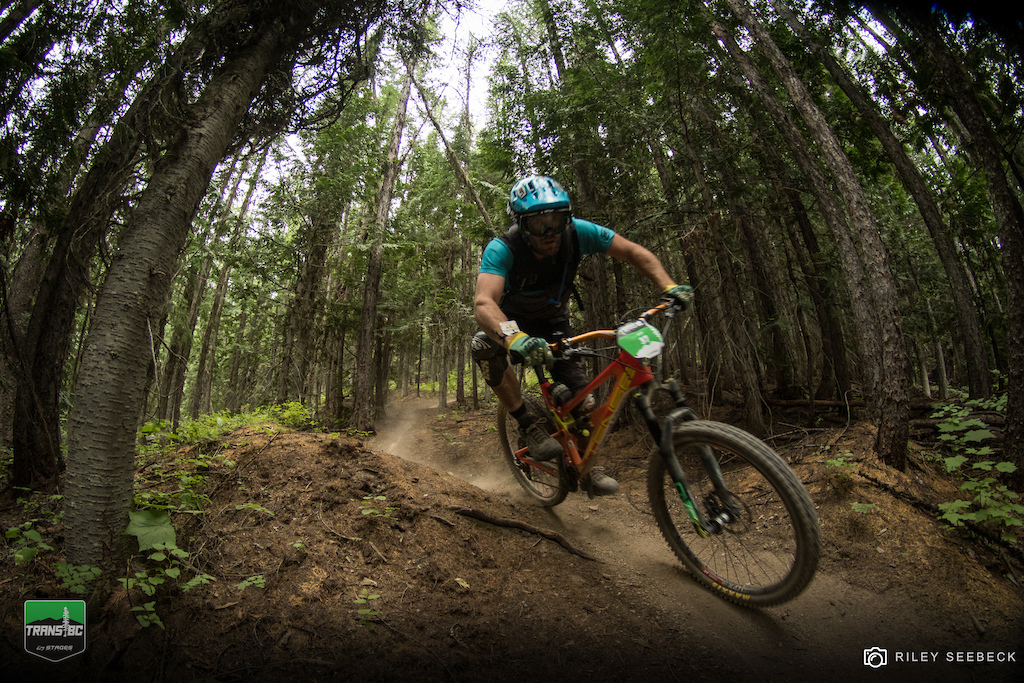 Stage two was pure sweet fun down Hyper Ventiliation, a favorite enjoyed by cross-country and gravity locals alike in opposite directions. 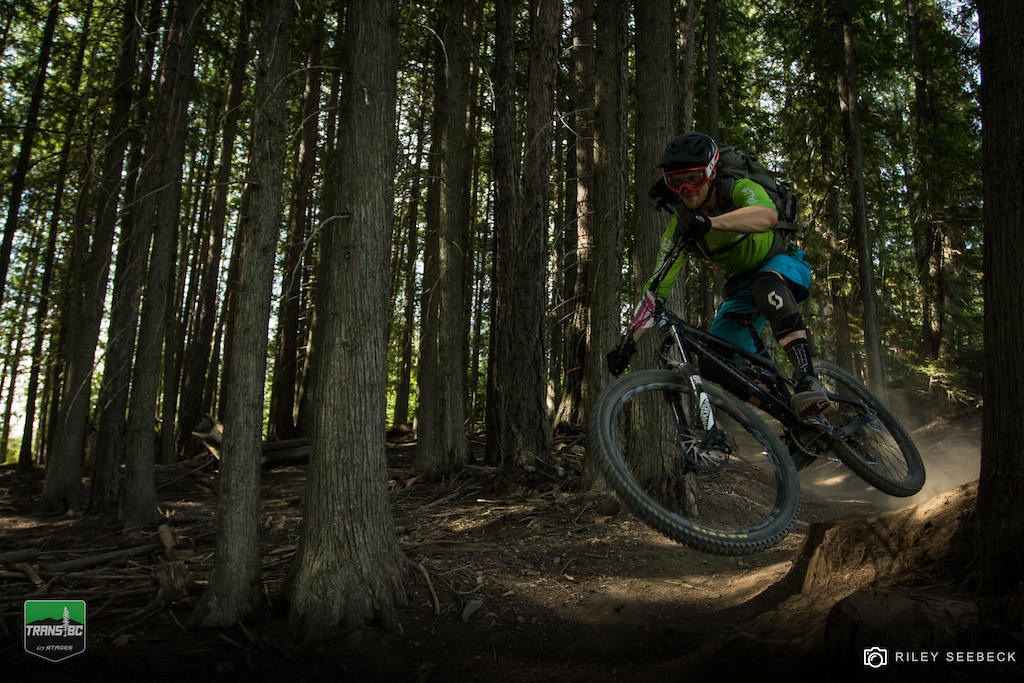 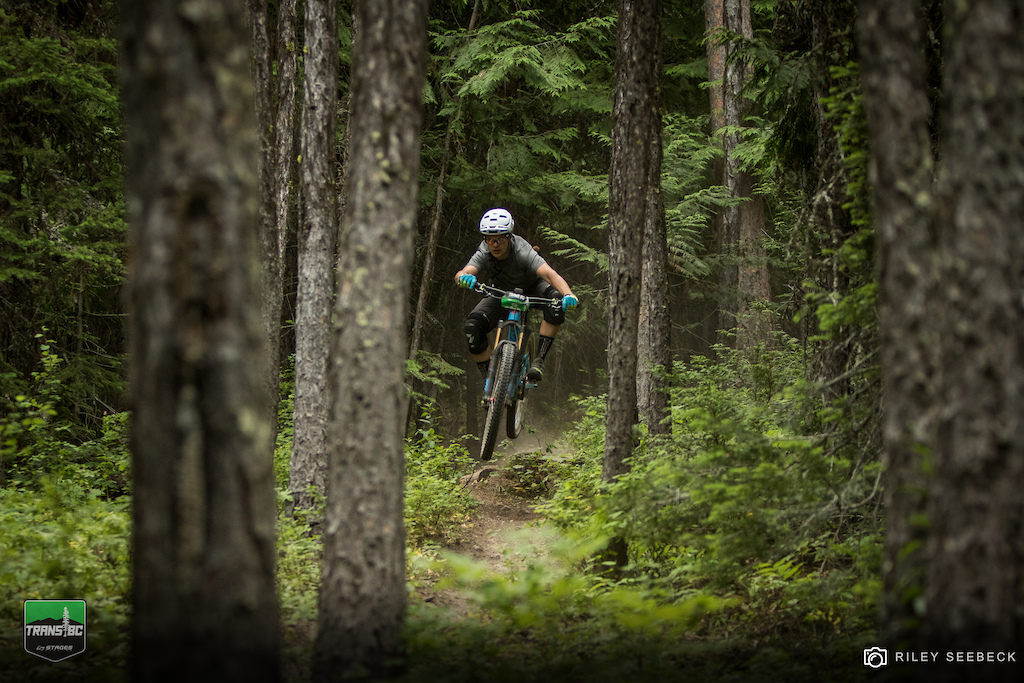 Brown is leading the Open Women’s category with two stage wins. Just seven seconds behind is ALN, and Emily Slaco (Pemberton, B.C.) in third. Racers were warned about the third transition up Bear Chutes, an infinitely long disused jeep track. Marshals kindly marked “worst climb ever” on the left-hand arrow to forecast the looming climb ahead. But if one thing remains true all week in the Trans BC Enduro, every heinous climb shall be rewarded inversely with an equally fun descent. 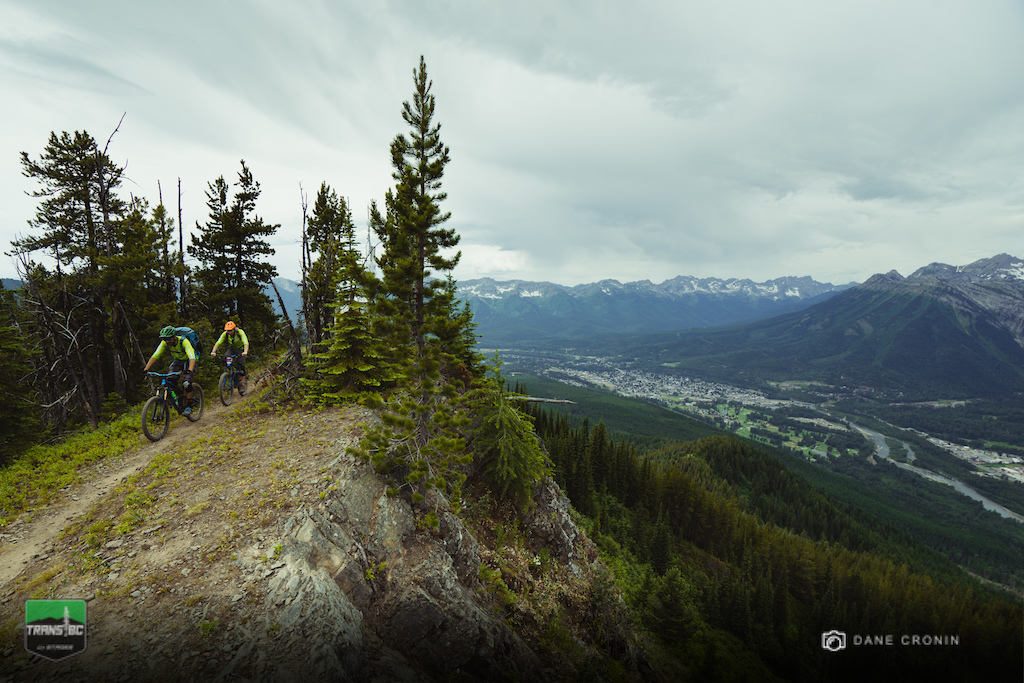 The views in Fernie aren't so bad.. but the climbs can be. 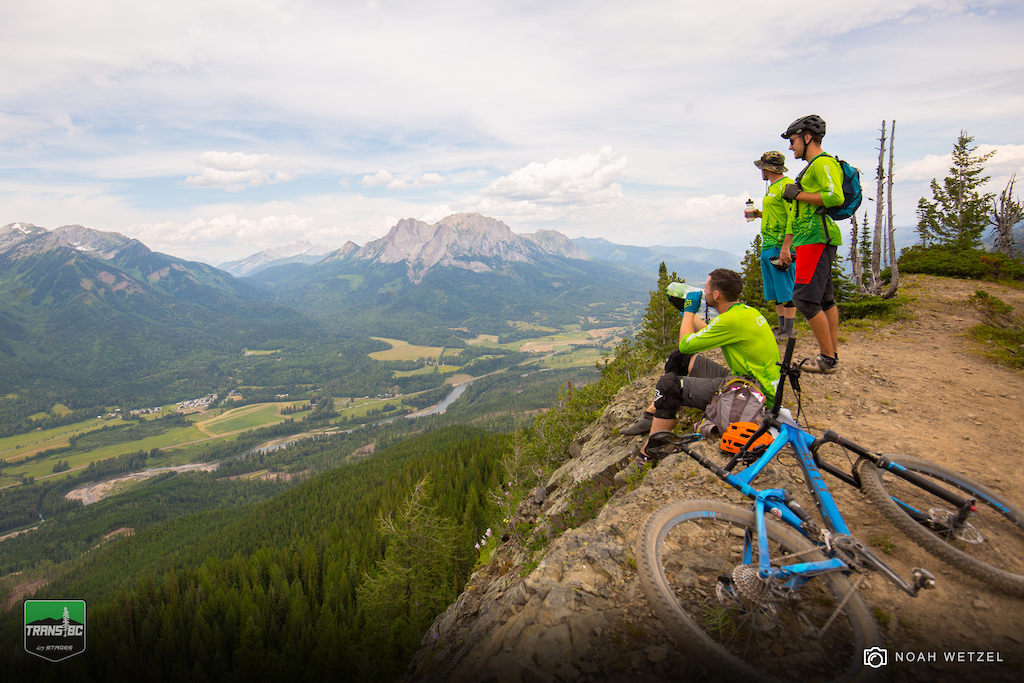 Overlooking Fernie, B.C. at the Stage 3 start on Day 1 of the Trans BC Enduro.

The third and longest stage of the day down Big Money presented 680m of diverse descending. “The surfy steep chutes were amazing. They can be hard to judge at race speed, but it’s fun to get down them in a race run,” Brown said. Tight corners, tree dodging, and pockets of loam added to the fun factor after burning through brake pads on the steeps. 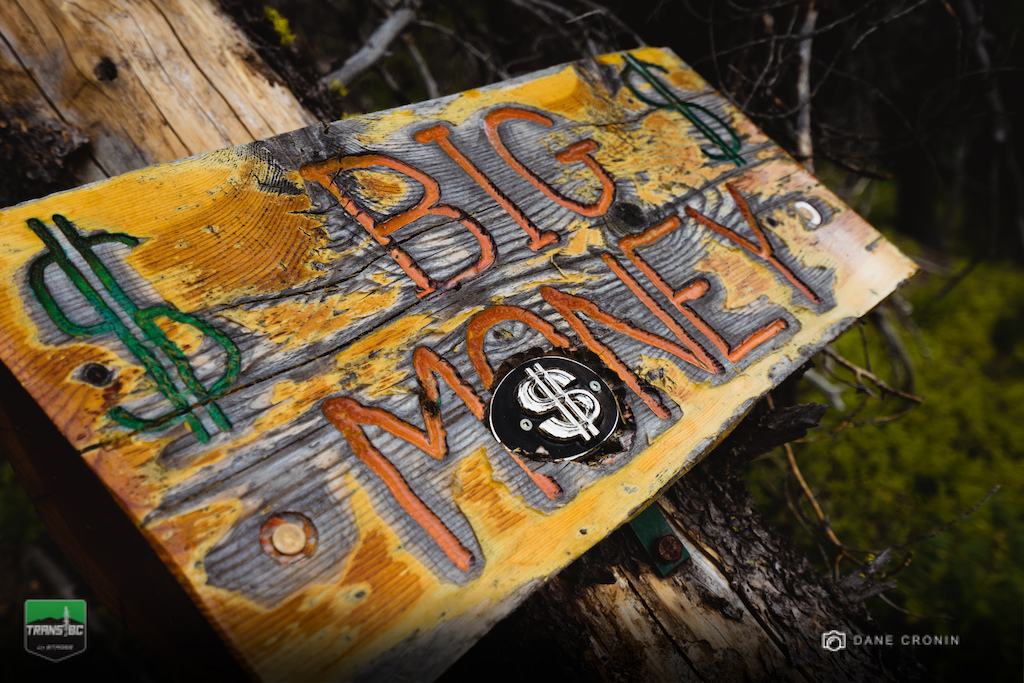 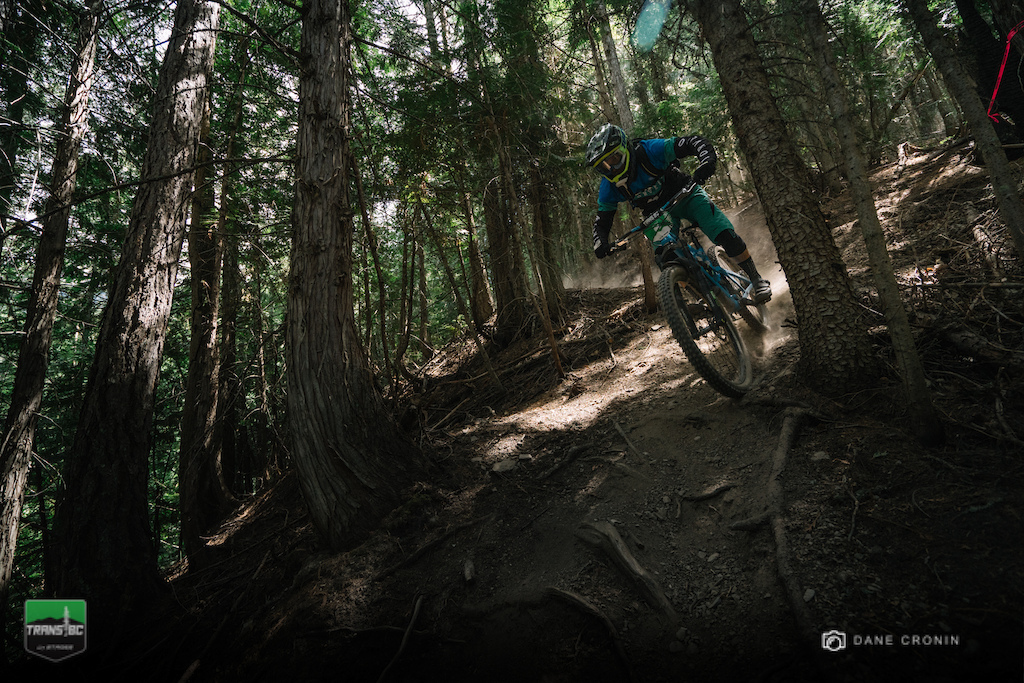 Dropping into the tight trees on Stage 3. 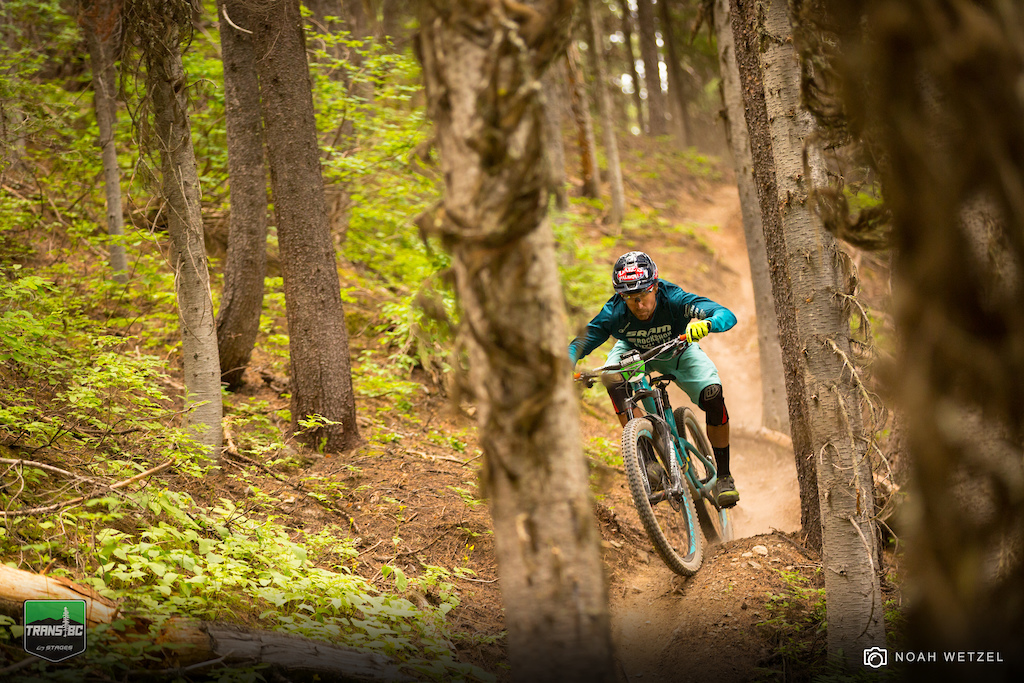 Nate Hills races Stage 3 on Day 1 in Fernie, B.C. for the Trans BC Enduro.

The 1,966m of climbing, 2189m of descending and over 40 kilometers of riding for the day was topped off with a short and fun pedal down Oh Dear. “Stage 4 was really flowy. You had to be on the pedals, but it was a great way to end the first day,” said Gloria Dario (Whistler, B.C.) Open Women. “It was the one trail where you could just open it up and actually go fast.” 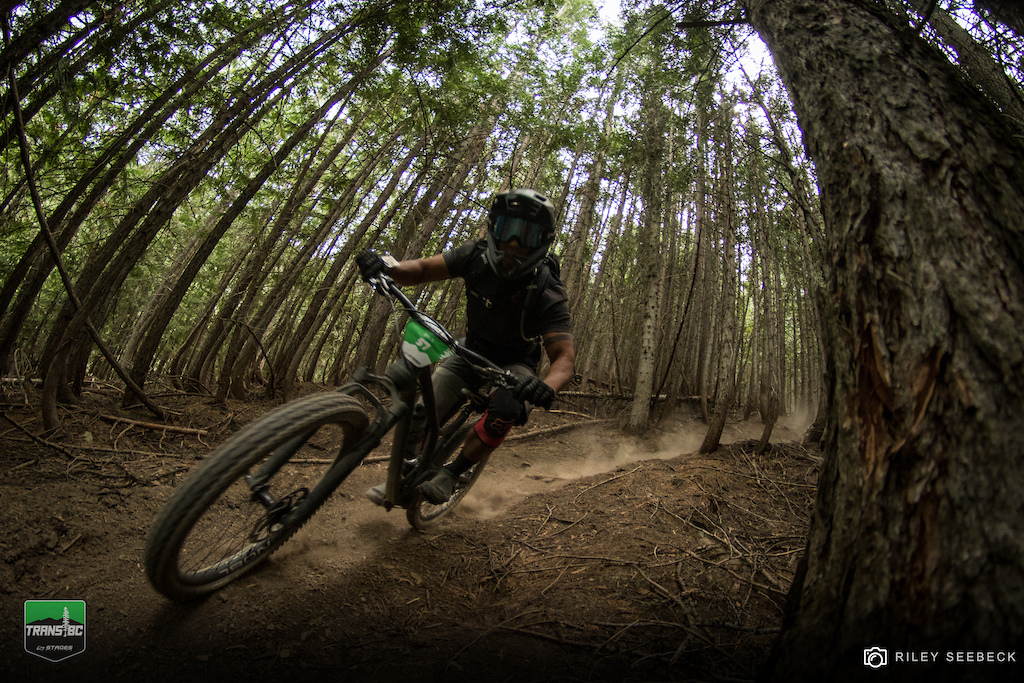 GearHub graciously opened their doors for end-of-day race festivities to convene, Sandwiches, beer, and massage/physio awaited tired racers to replenish their souls from their big day and wait out quick thunderstorms. The rain gods finally delivered. 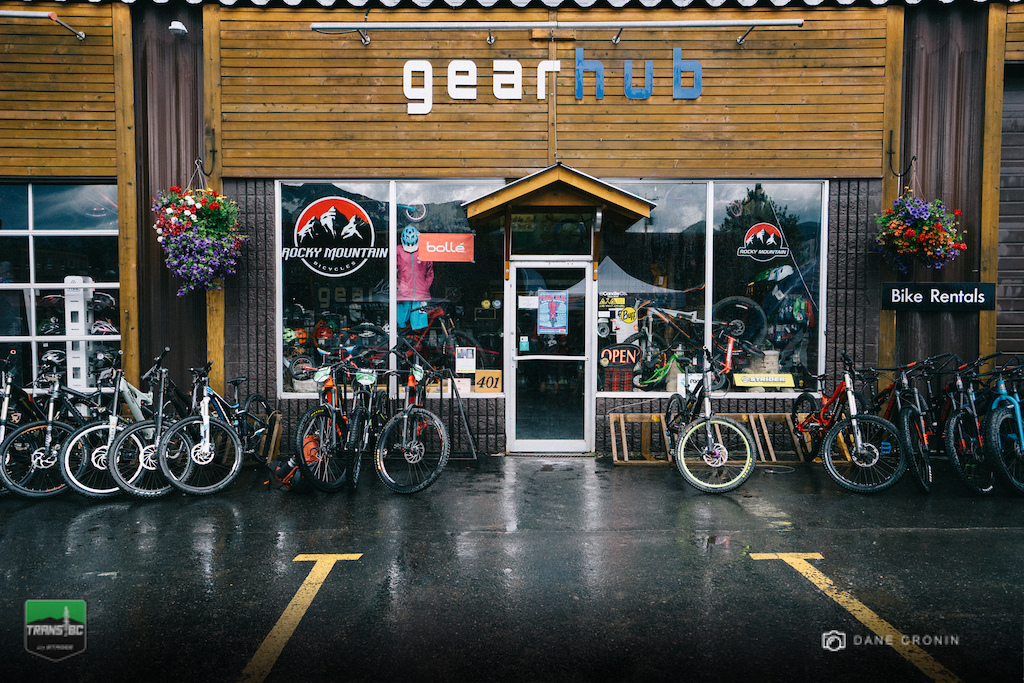 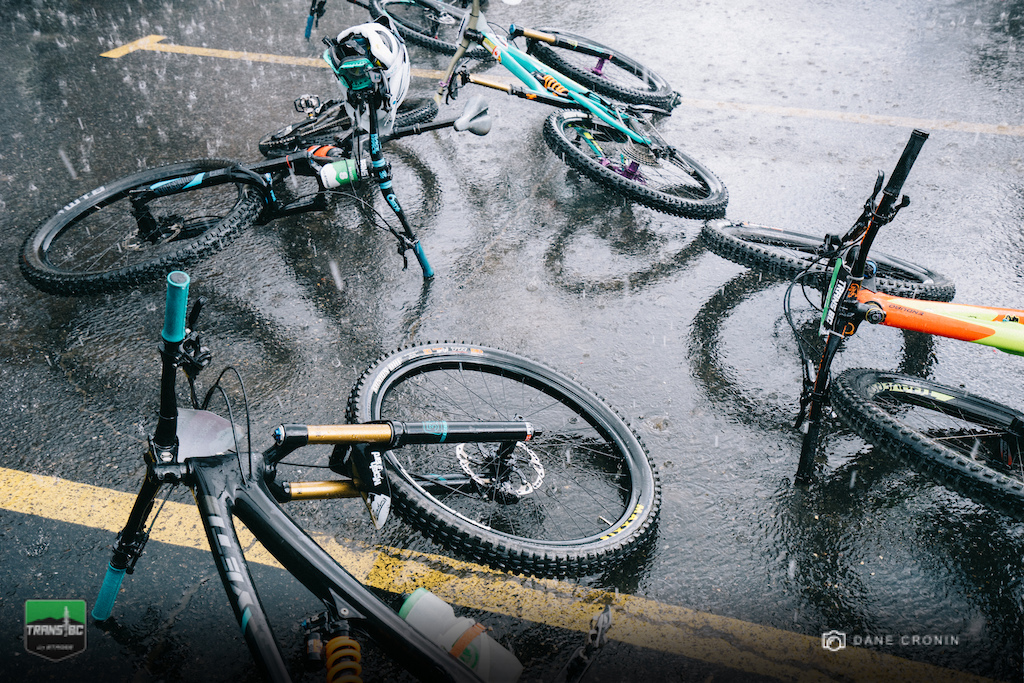 The Open Men’s field is stacked with 75 competitors, and the top five under one minute apart. Jerome Clementz (FRA) led the day with four consistent first place results. Pete Ostroski (USA) and Remi Gauvin (CAD) are one second apart after nearly 24 minutes of racing. 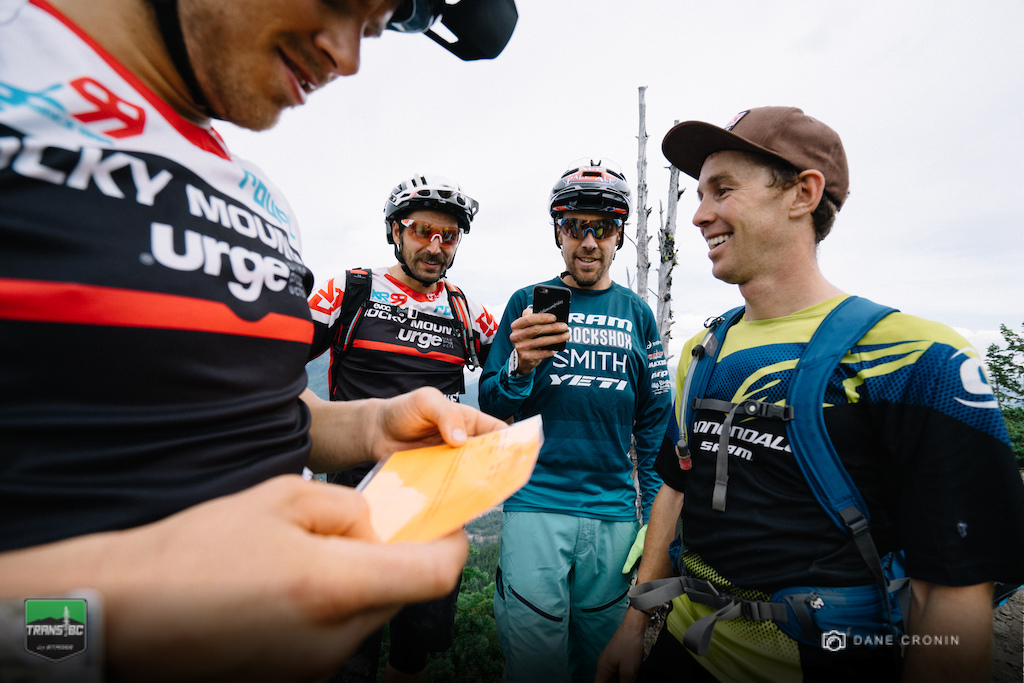 The region has been under an extreme fire watch in recent weeks due to the lack of precipitation, and under a state of emergency since Saturday with more than 180 wildfires in affect across the province. As a result, helicopters scheduled for day two in Panorama have been allocated to fight fires, and the enduro show must go on without the much-anticipated lift. 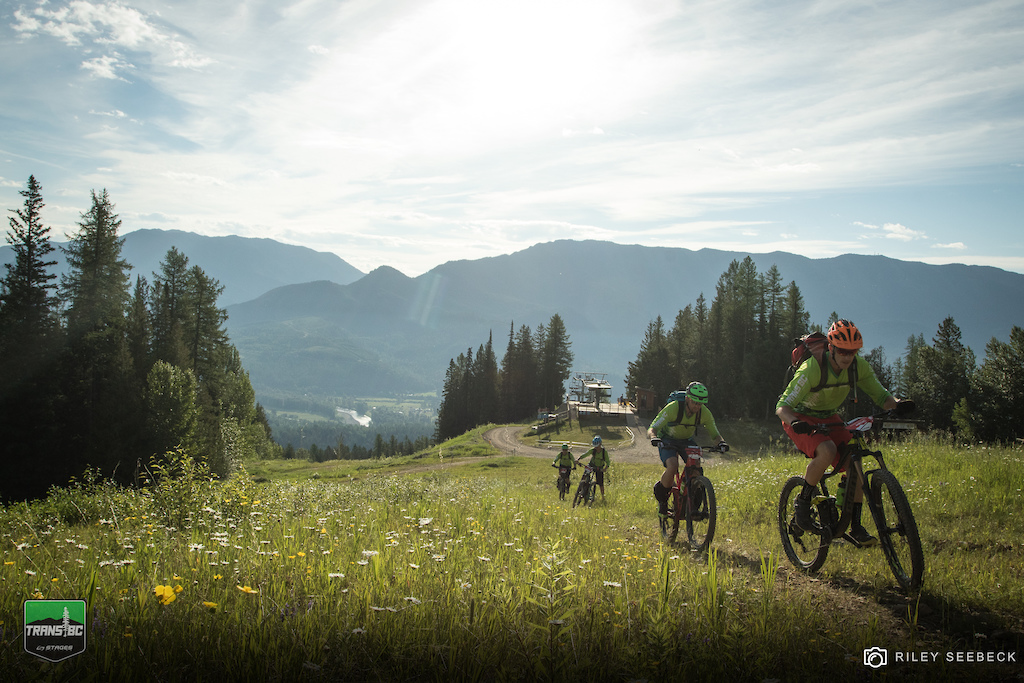 Stay tuned to Pinkbike for updates all week long from the Trans BC Enduro. Hashtag your photos #transbcenduro to make their way onto the live stream of the Trans BC’s Media HQ. 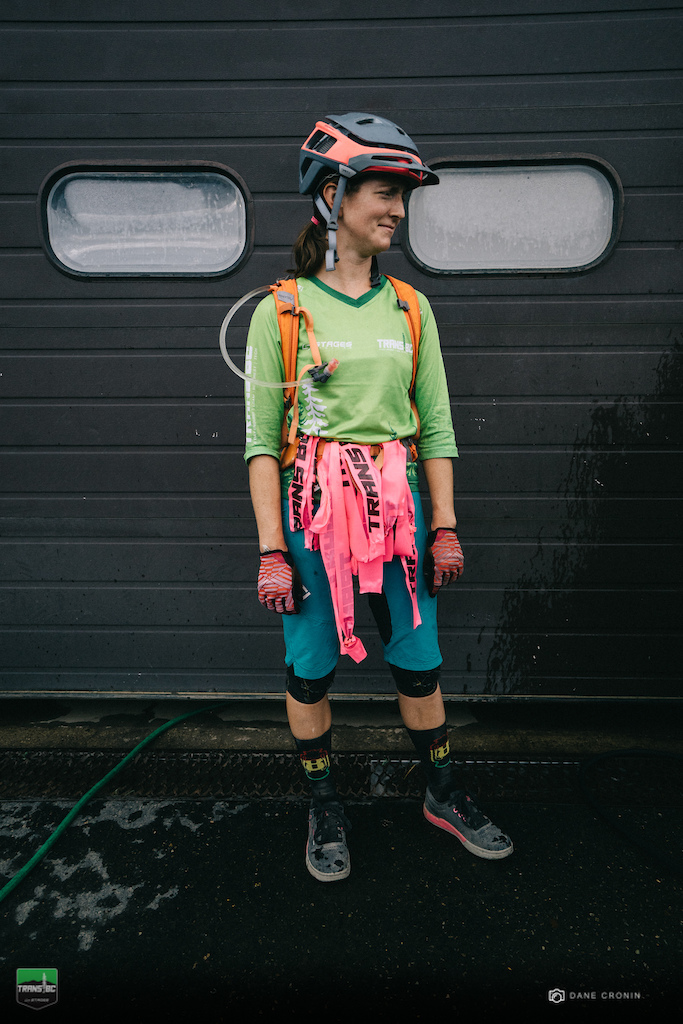 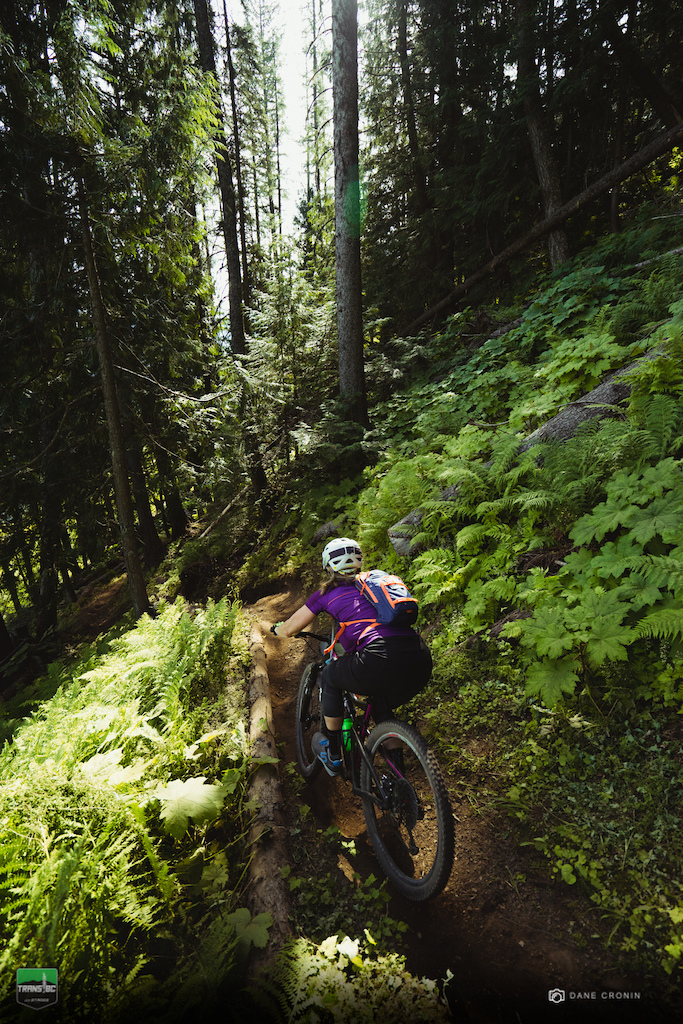 Full results can be found HERE. 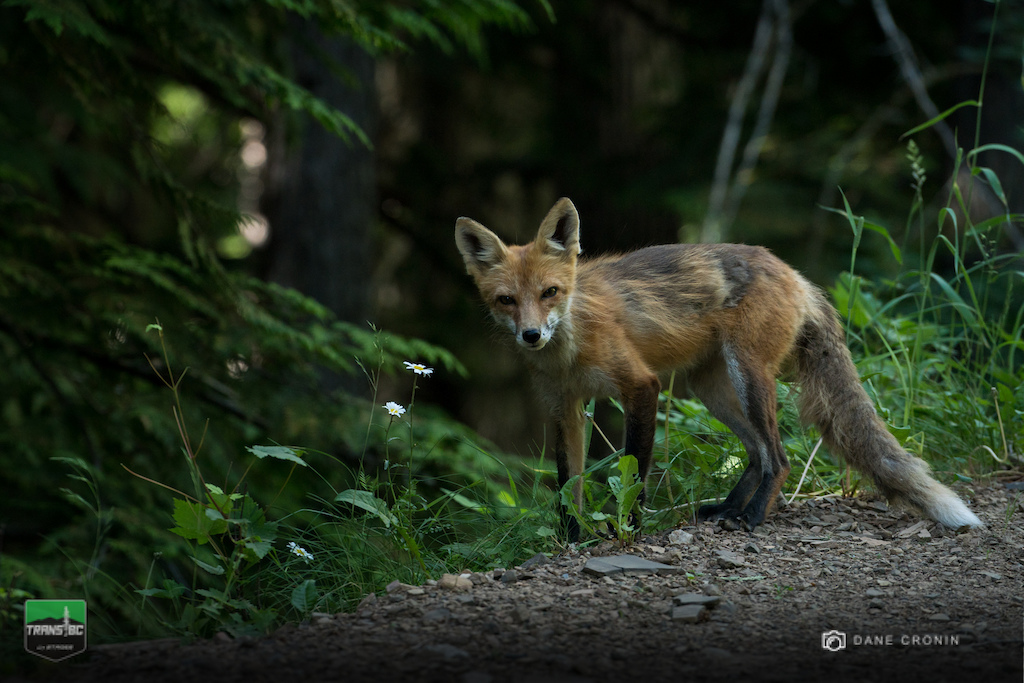 About Megan Rose — Megan has been riding and racing bikes all over the world for 13 years and organizing bike events for the past six years. She splits her time between British Columbia, Canada and New Zealand, running the BC Enduro Series and the new Trans BC for 2016, and running the Trans NZ race. Over the past two years, Megan has personally raced in over 24 enduro races, timed over 58 days worth of enduro races, and personally organized 22 enduro races. Megan and her team look forward to bringing you the best of the best from all of these perspectives.

barrytheblade (Jul 11, 2017 at 10:29)
Well done on the recap for day 1... looking forward to the rest of the locations! One of the racers has POV footage from day 1 on youtube: www.youtube.com/watch?v=U1hcFXMQ8lw

Wish I could be there. Such an awesome race.

mrtoodles (Jul 11, 2017 at 15:02)
Awesome coverage. Would love to do this race soon. I'm kind of surprised they run it concurrently with the BC Bike Race though?