Trans BC Enduro: Day Two, Panorama - All the Alpine 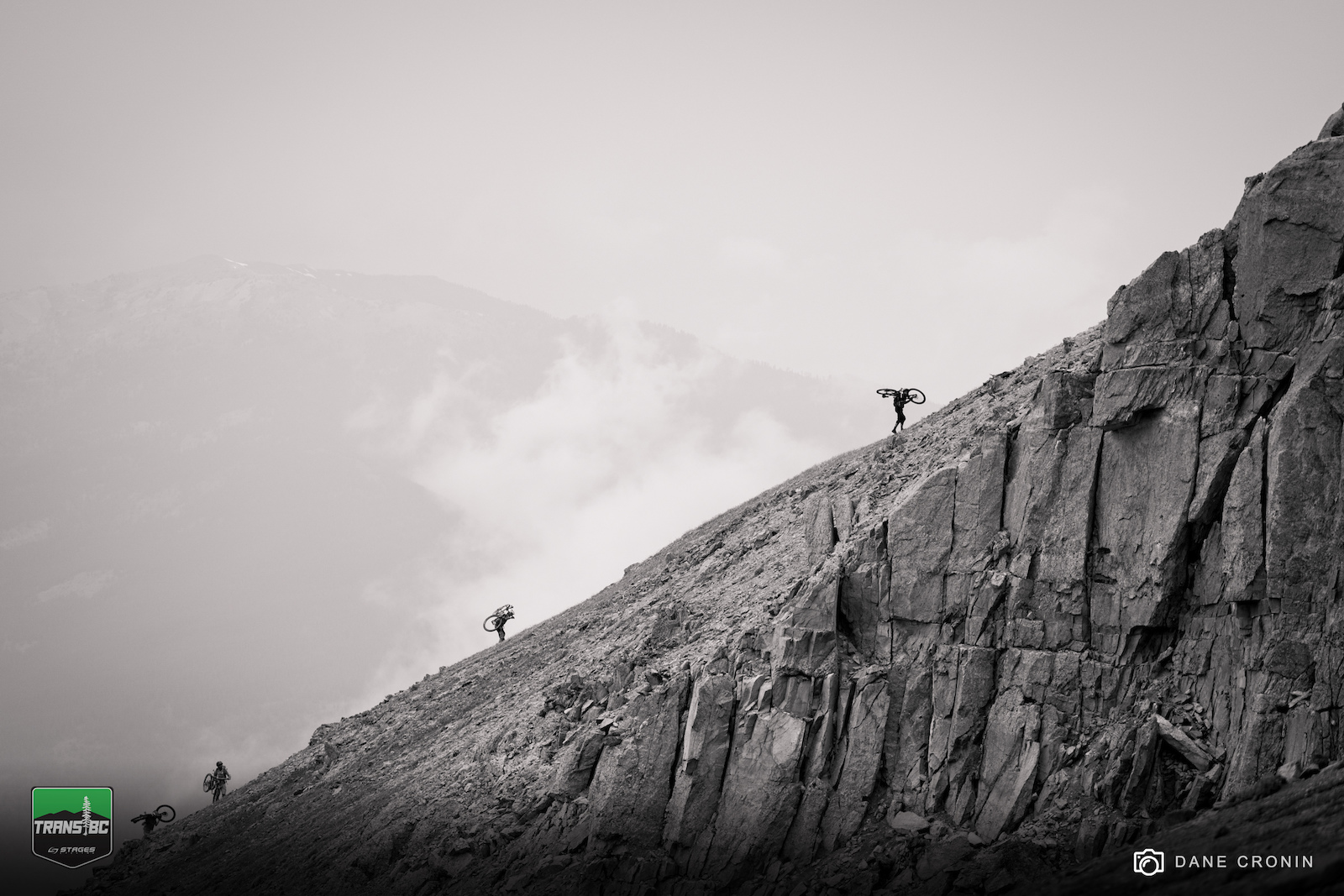 Trans BC Enduro
Day Two Panorama
Day two of the 2017 Trans BC Enduro presented by Stages Cycling took racers high up into the alpine of the Purcell Mountains to experience majestic panoramic views topping out of 2,660m atop of Mt. Goldie, before dropping into a 4,000-foot descent. Although racers were not able to experience the thrill of heli-biking due to resources diverted towards fighting wildfires in the province, there was certainly no shortage of alpine goodness delivered. 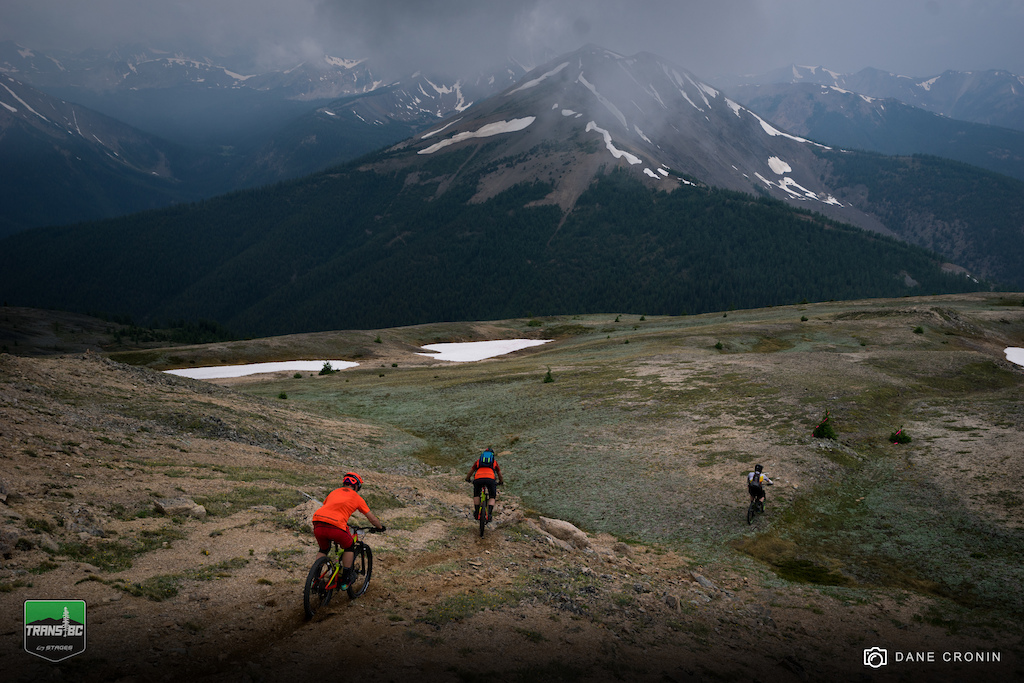 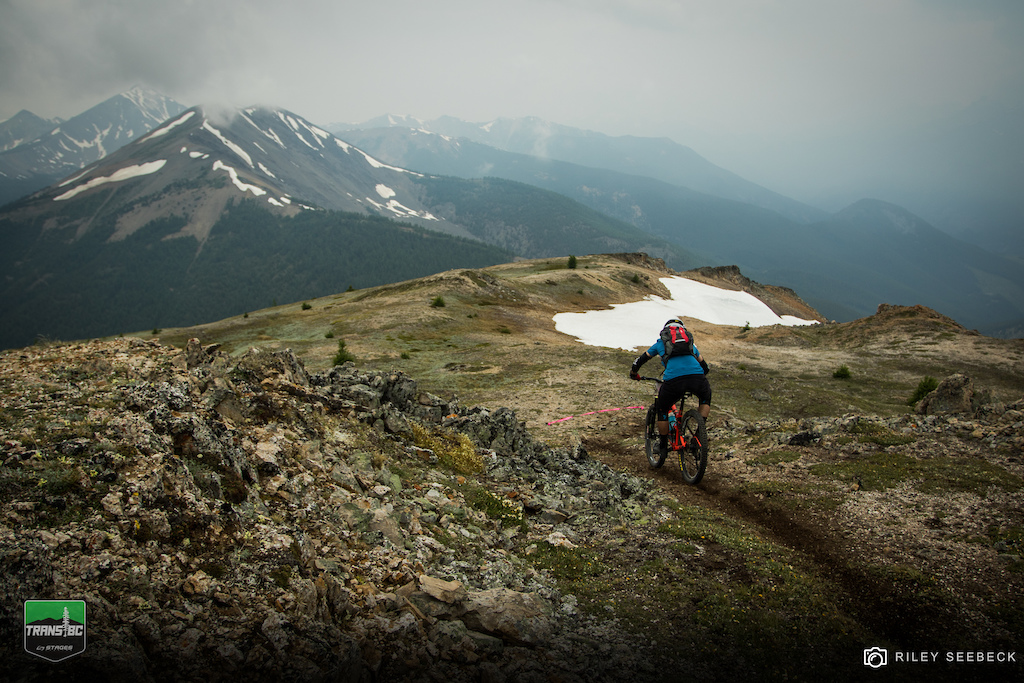 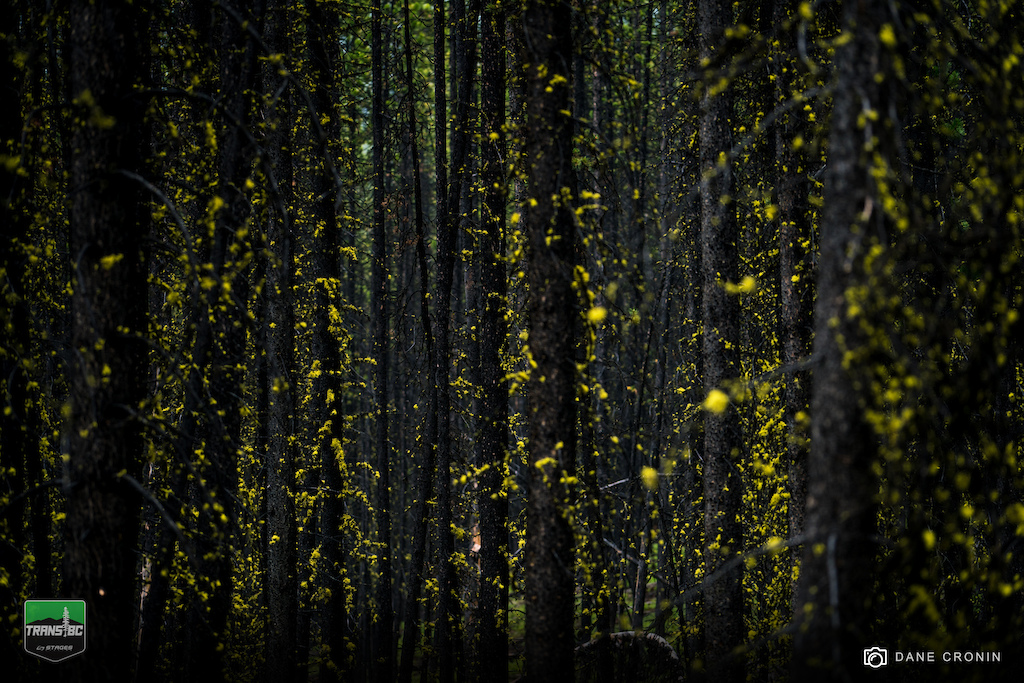 Two lifts, a long cat road, and hike-a-bike up a scree mountainside gave racers a much different experience that your typical enduro event that ends where the road ceases. With the Trans BC Enduro, it keeps going. 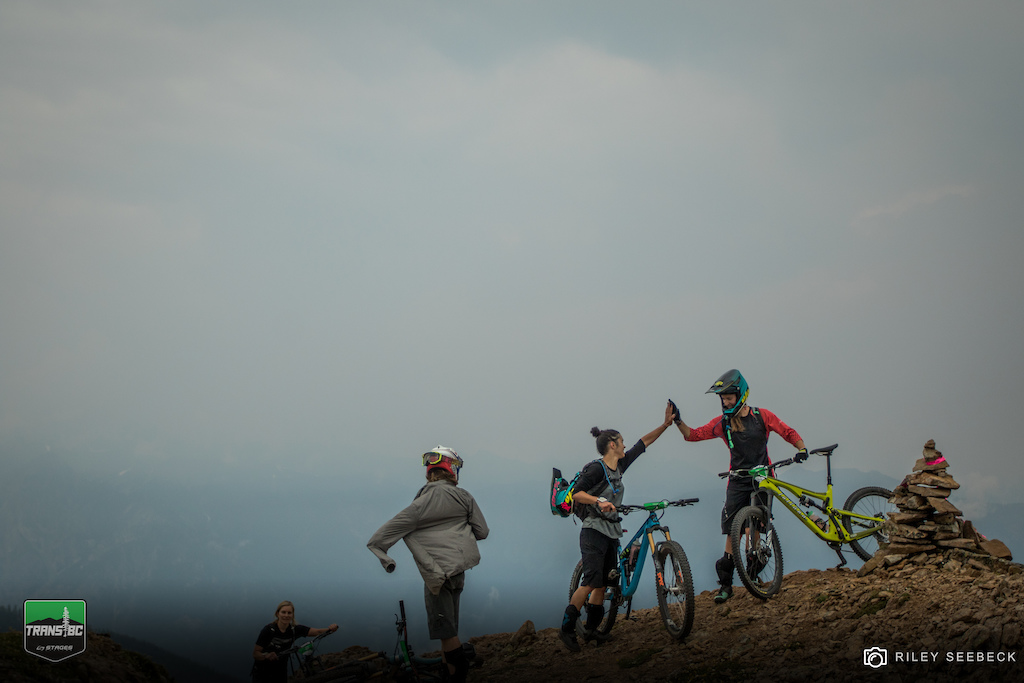 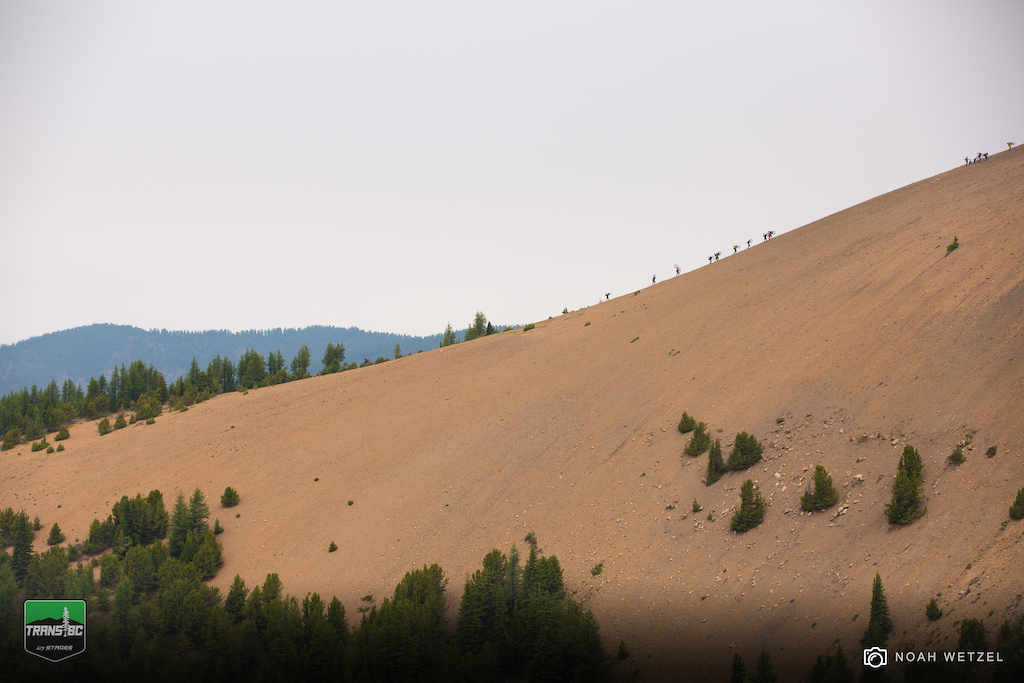 Riders hike to the scenic stage one start on day two at Panorama B.C. for the Trans B.C. Enduro. 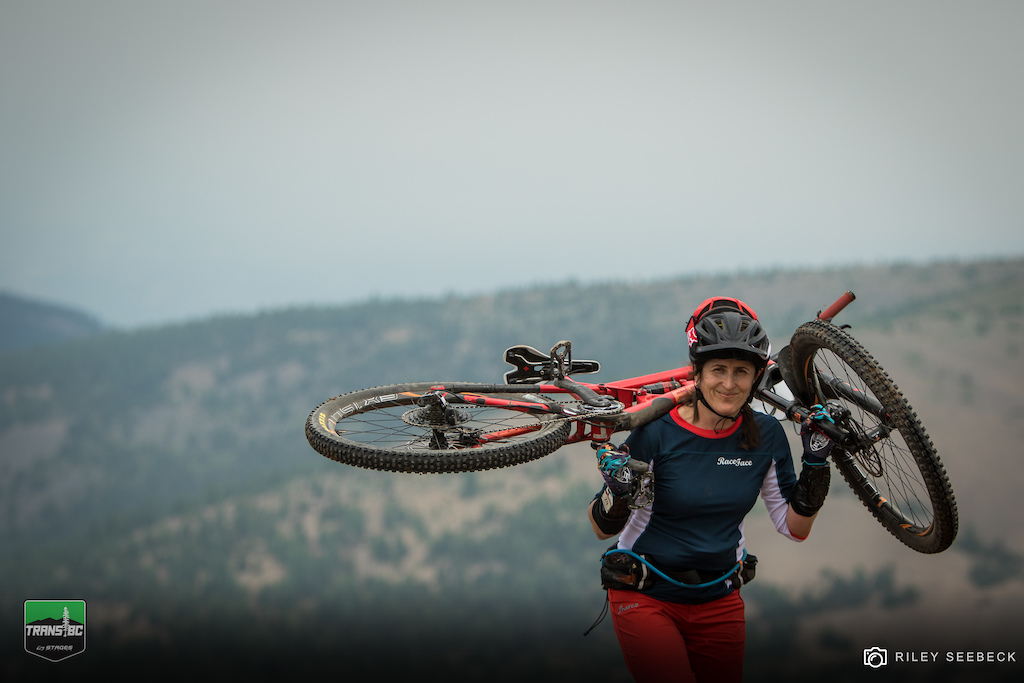 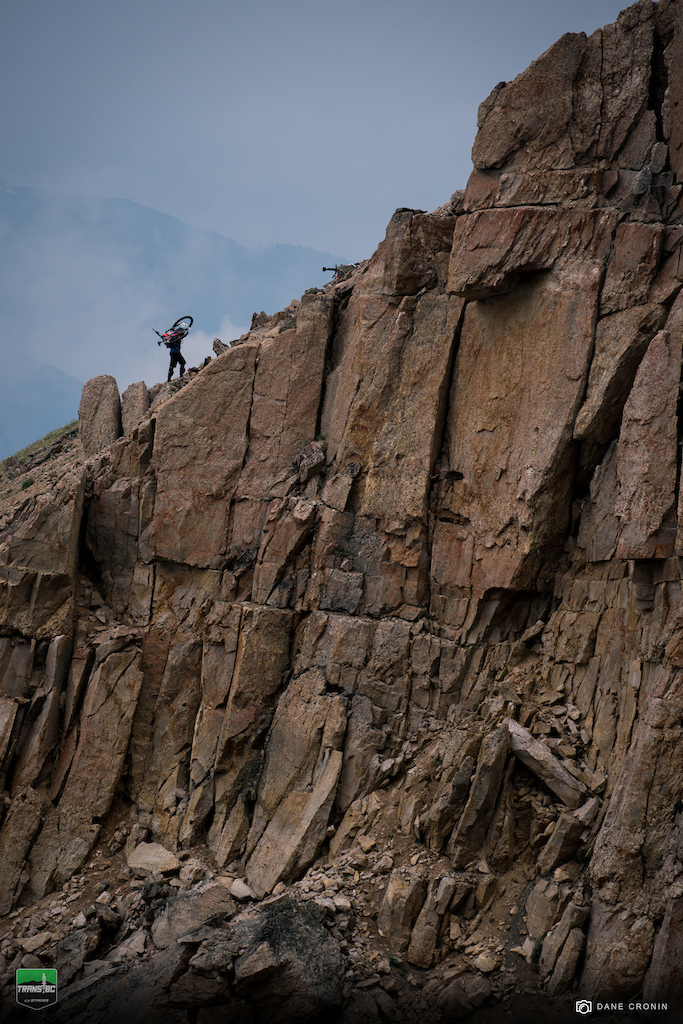 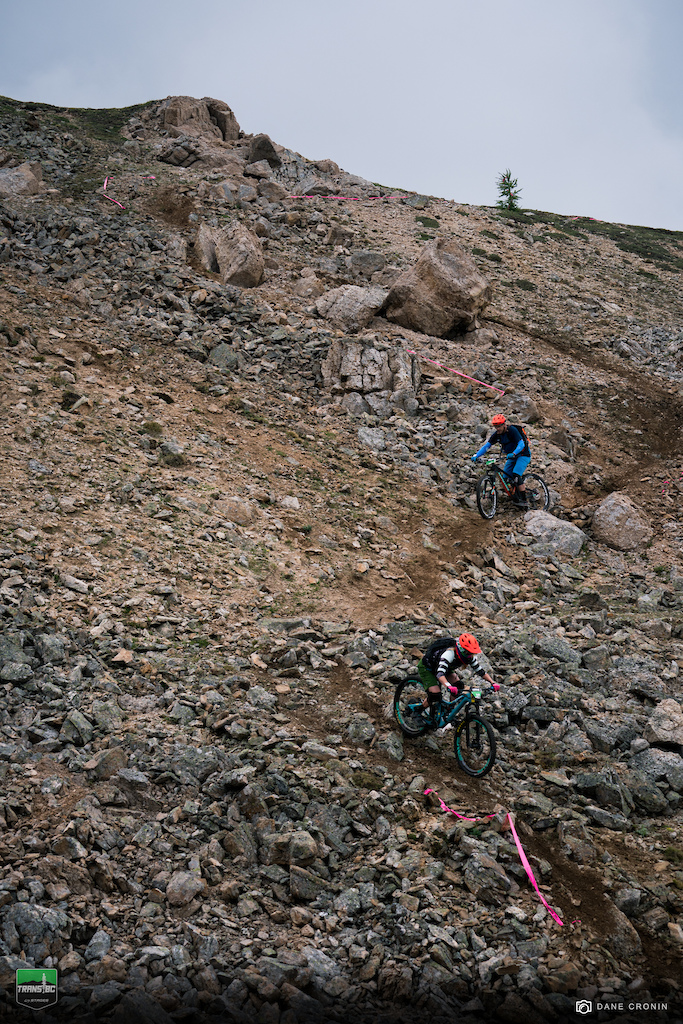 For the early arrivals, stage one was difficult to navigate since the trail was barely etched into the hillside. Starting with a sprint straight off of the line, and sharp pedal through off-camber scree, the trail turned straight down into a boulder field, ending with swooping turns filled in with loam to Lake Goldie, a popular hiking destination accessed via Stage 2, G.L.D. into Hopeful. 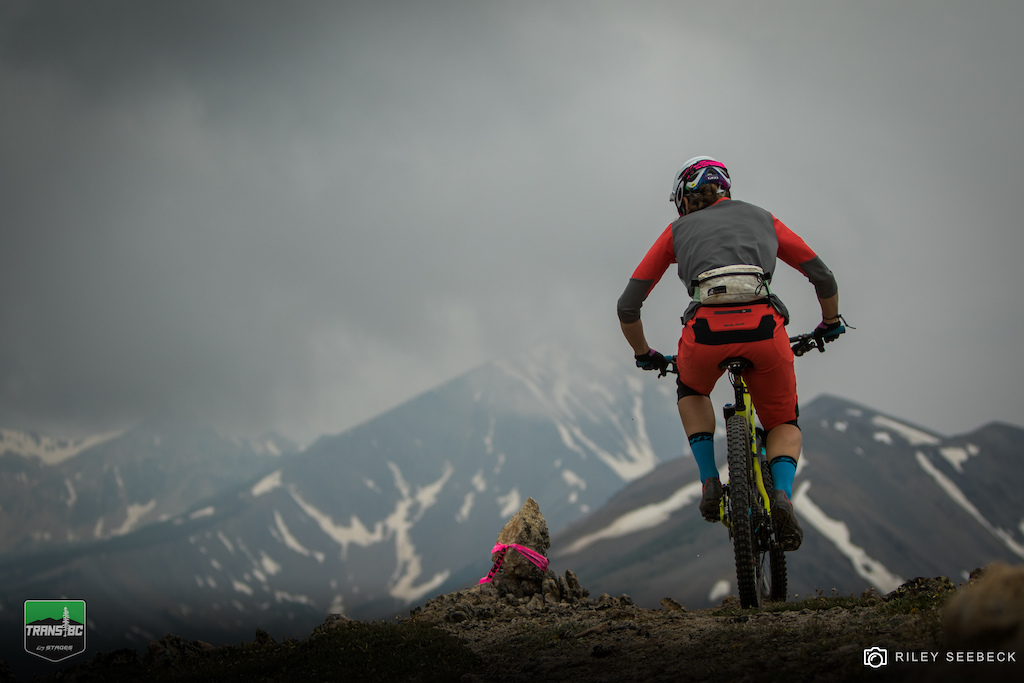 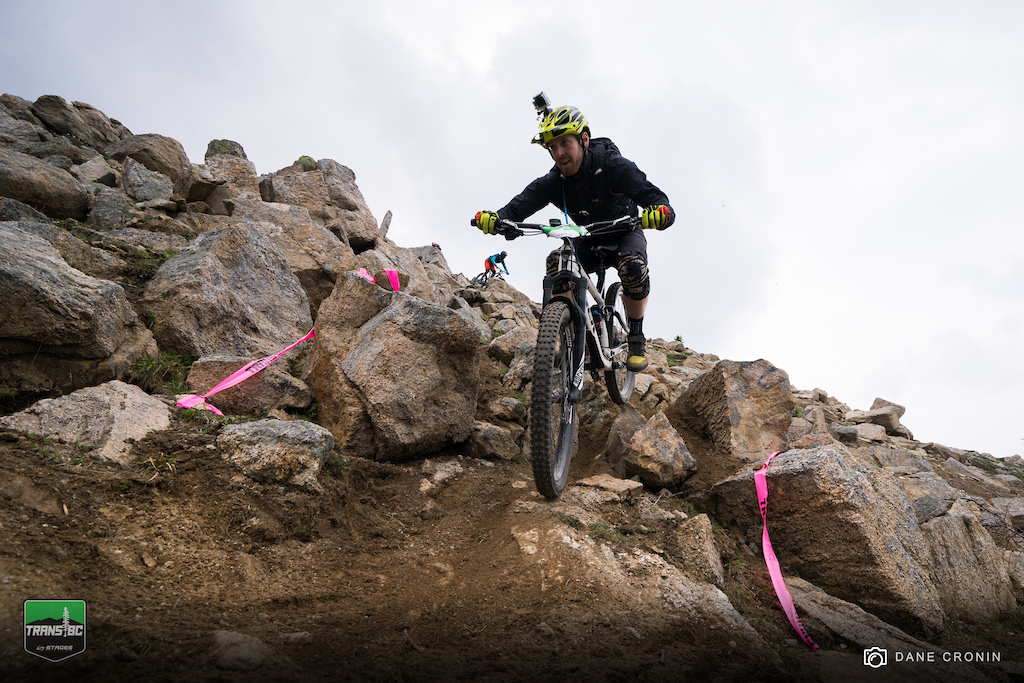 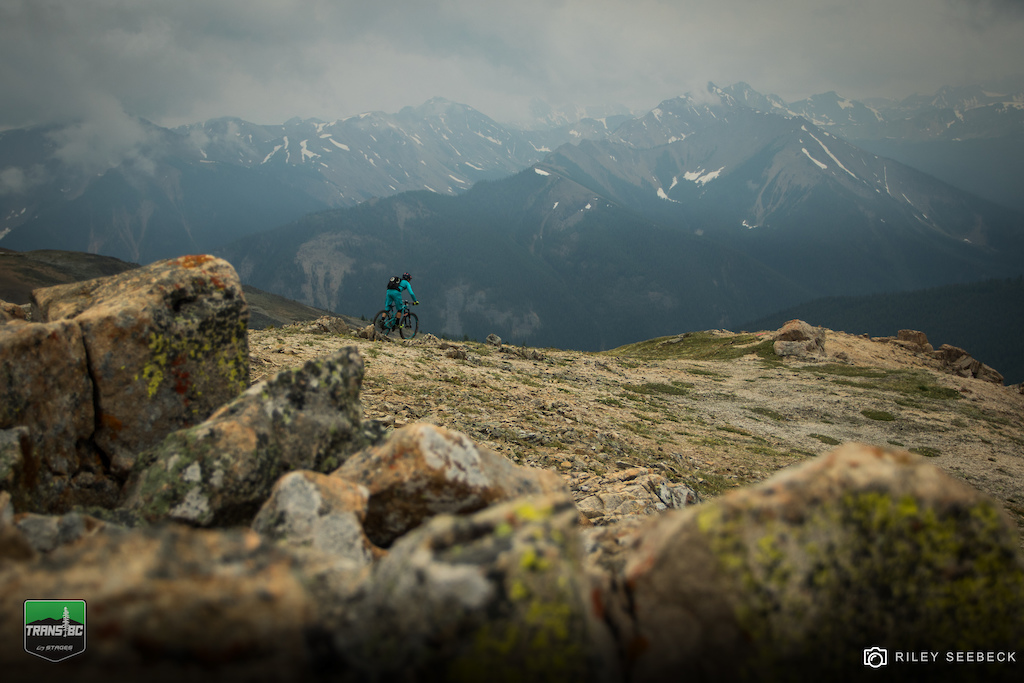 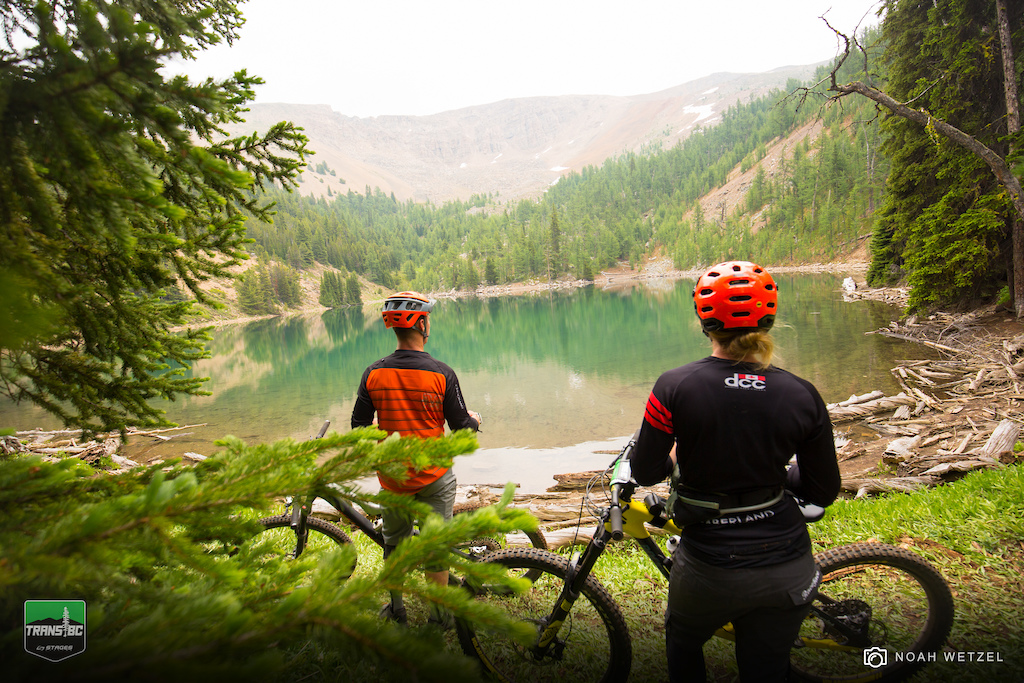 Riders take in the views at the finish of stage one.

The transition was merely an opportunity to shake out the hands and prepare for 3,000 additional feet of a very enchanting forest descent through classic Northwestern singletrack. 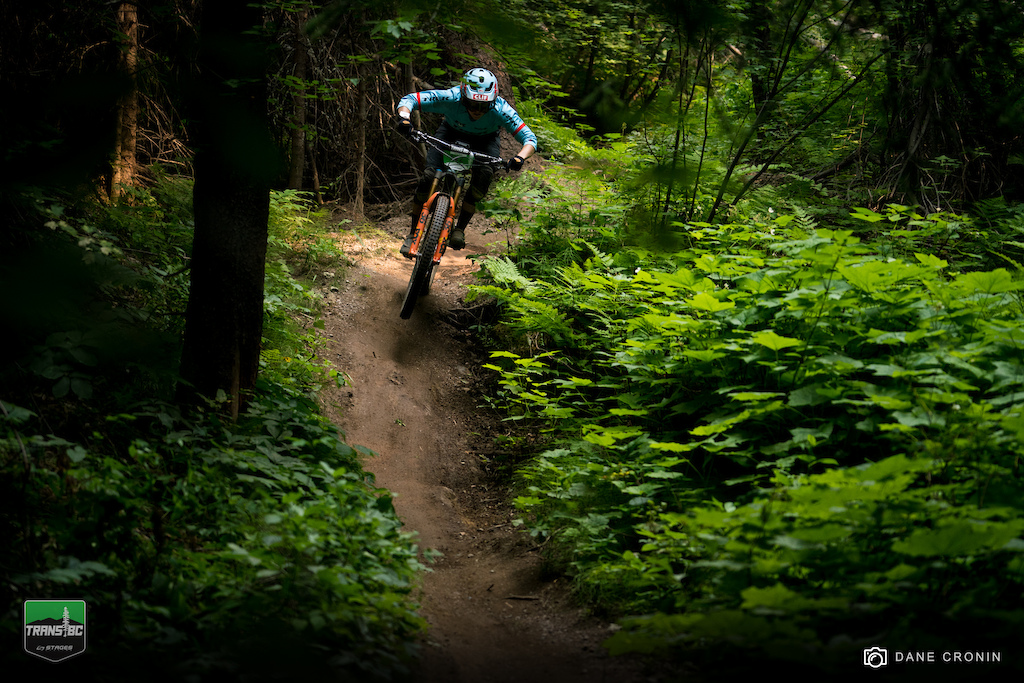 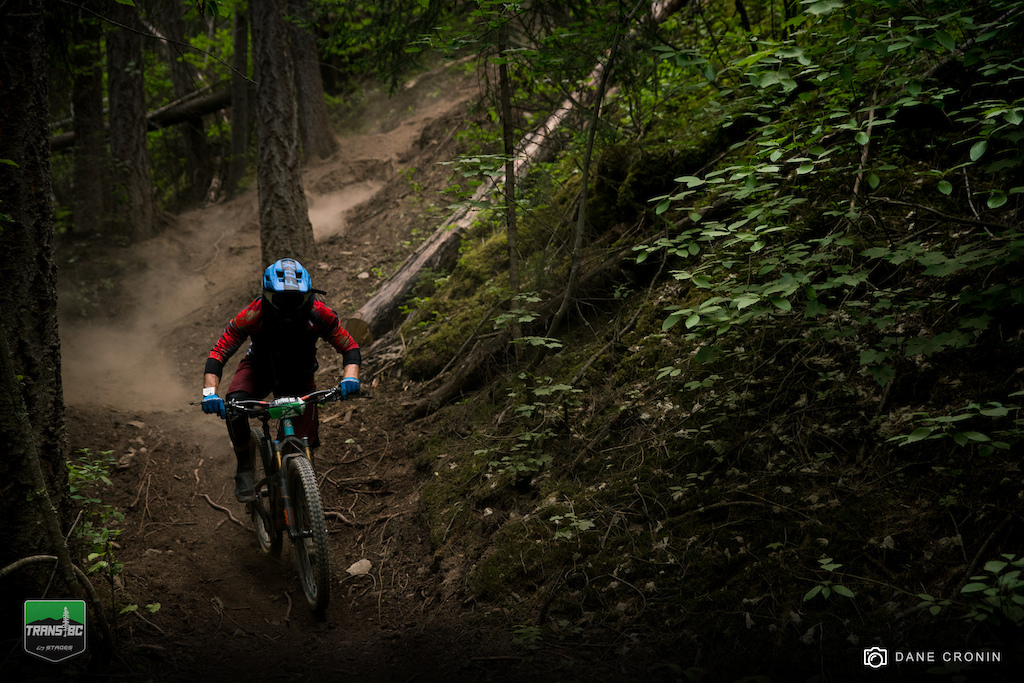 Cadham and the rest of The Free Radicals crew nearly missed the move to Panorama after their beloved van, Elaine exploded in Fernie. “Luckily, our friend, Duffman, came to the rescue with a loaner camper for the week so that we could make it to all four destinations.”

After feeling abandoned in the wilderness for a few hours, racers found the familiarity of a ski area access road to take them towards Stage 3, which was thrown in last minute after course changes. “Due to the sensitivity of mountain goats in the area, we decided to reroute the day to stay within the boundaries of Panorama Mountain Resort,” said Megan Rose, Trans BC Enduro founder, and race director. No goats were observed throughout the day, but two bears, five deer, and four marmots were spotted, according to eye witnesses. 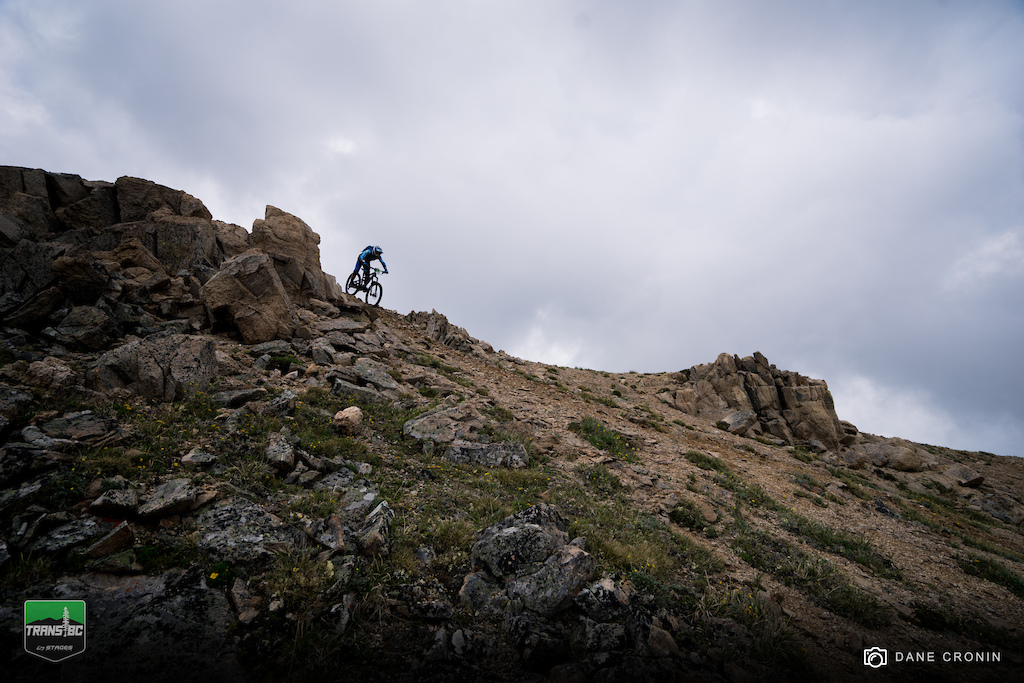 Stage three through the bike park down Punisher was a true test of trust in your brakes over blind rollers, drops, and down steep chutes. 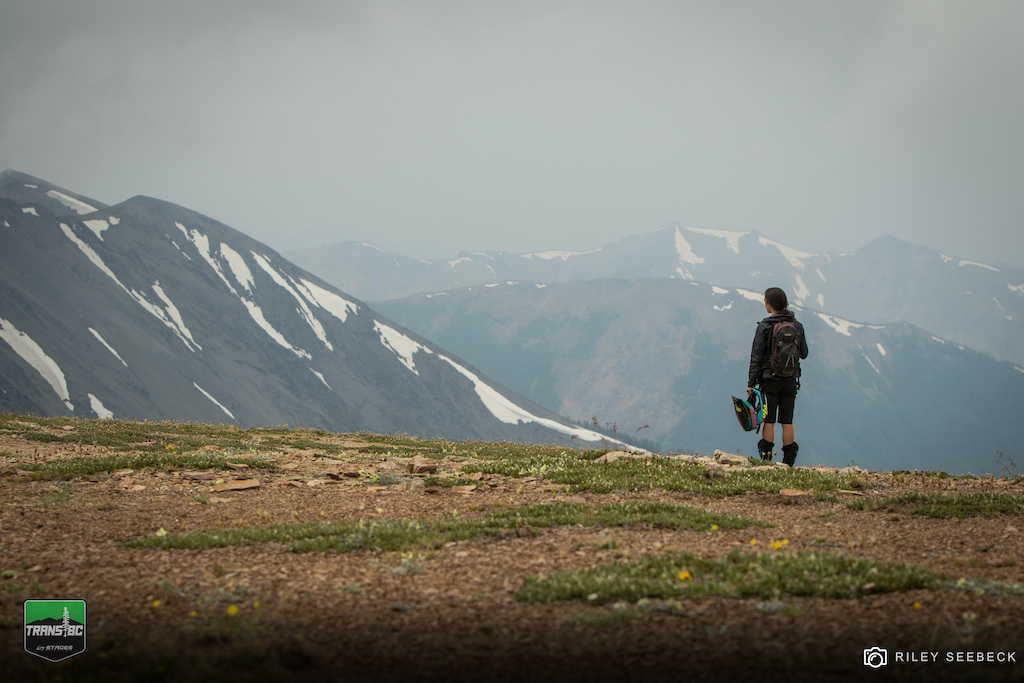 Racers joyfully gathered in the base area for a hearty lunch and to high five over the day thus far. No one jumped at the opportunity to move quickly into a steep access road climb, but once the threat of missing lift access for the fifth and final stage of the day set in, racers hastened their pace to make it to the top of Stage 4, where a 10-minute stage and “lots of sidehill action” were the words of wisdom on the start line. 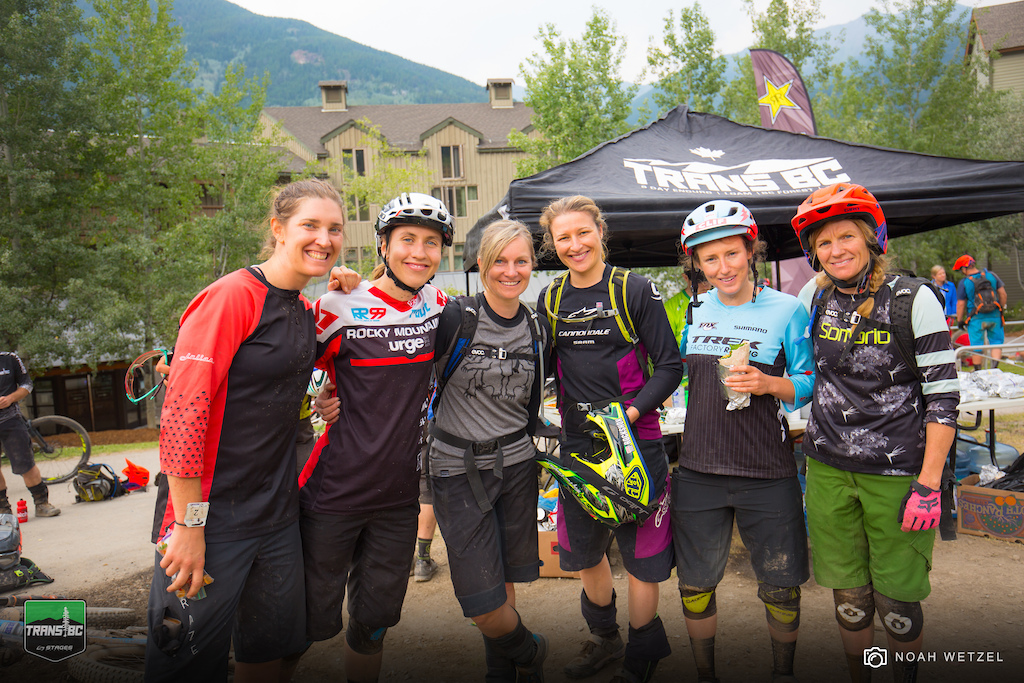 Riders gather at the food station between stages at the base of Panorama Resort. 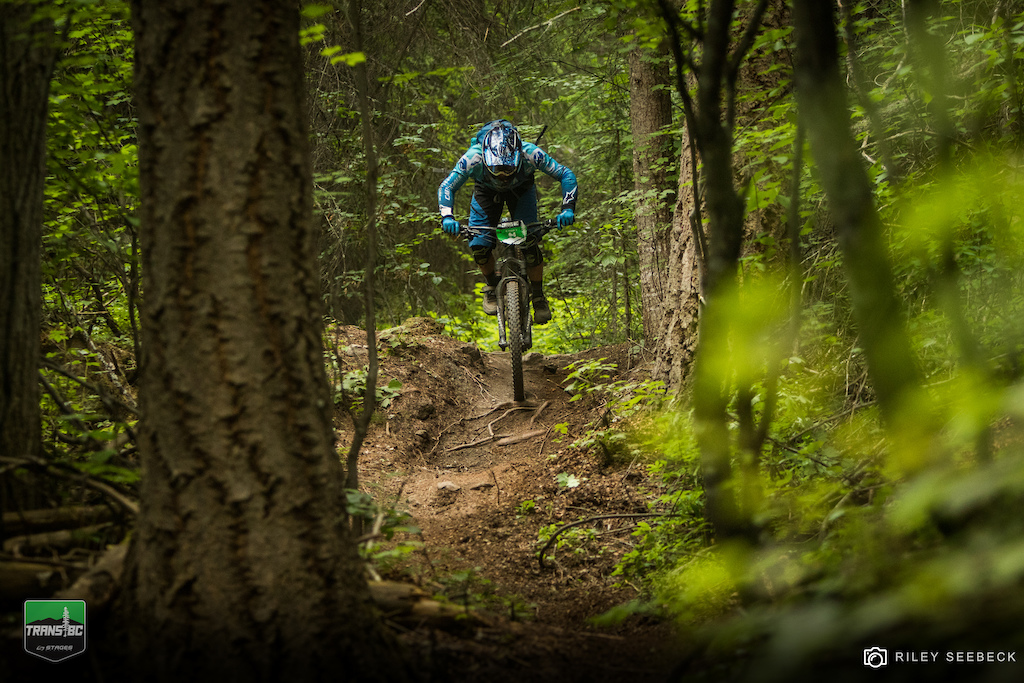 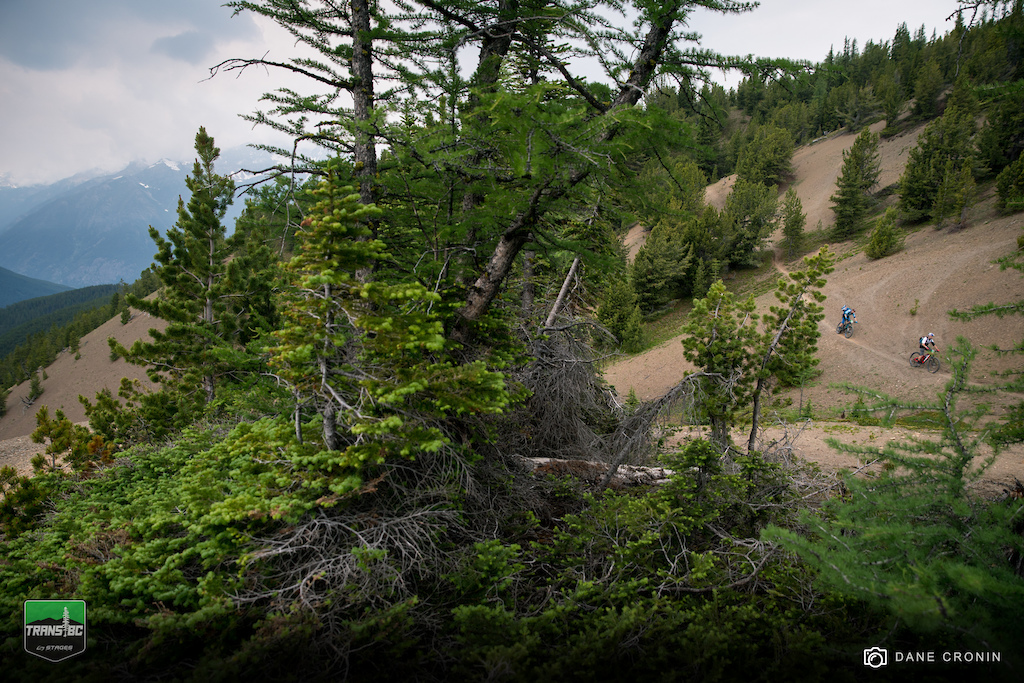 No racers had to climb up the ski area in lieu of the lift; instead they were greeted with unanimously, the most fun stage of the day down Moose Powder and Black Moose. 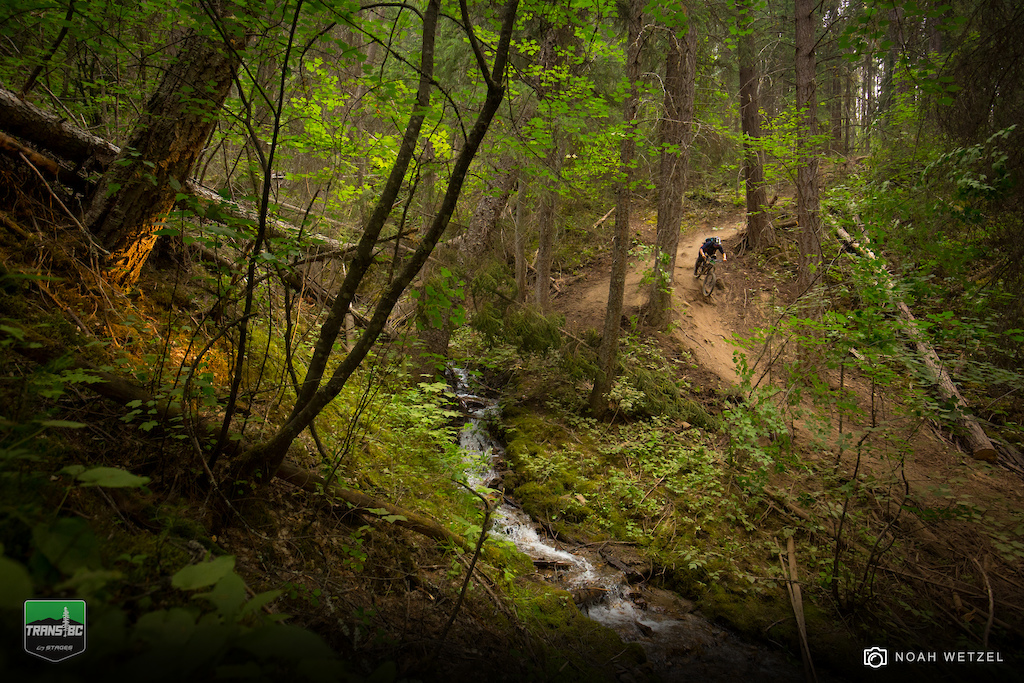 Stage 5 at Panorama Resort on Day 2 of the Trans B.C. Enduro. 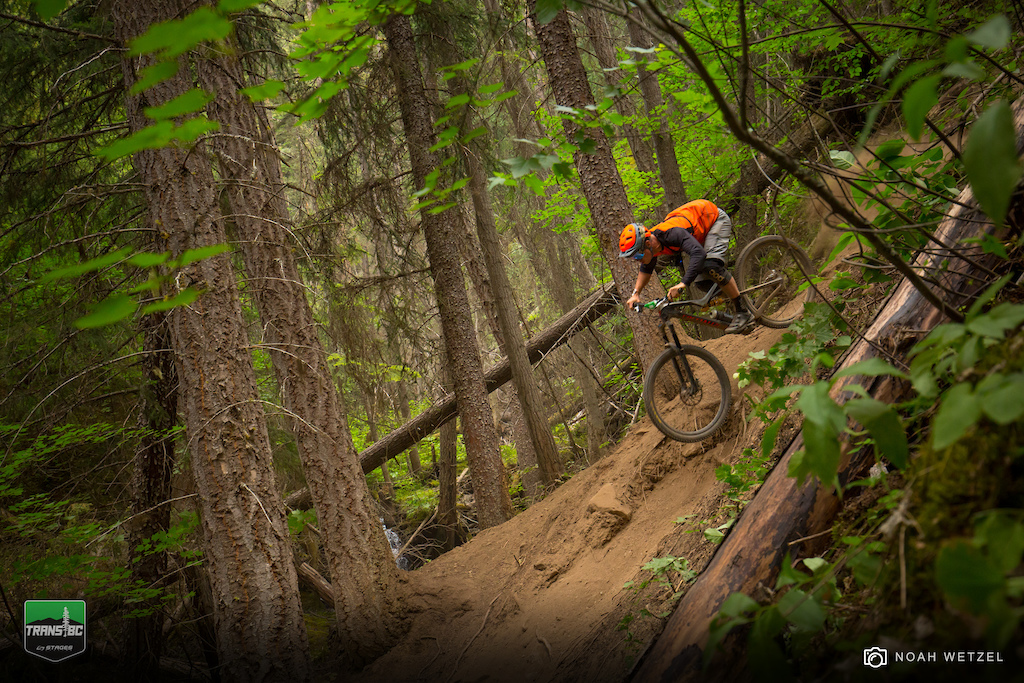 Predominately a blue track, the stage felt more like a navy blue, light grey run. “It was a surprisingly pretty rowdy, flat-out, technical stage, and a great way to end the day,” Chapetta said. 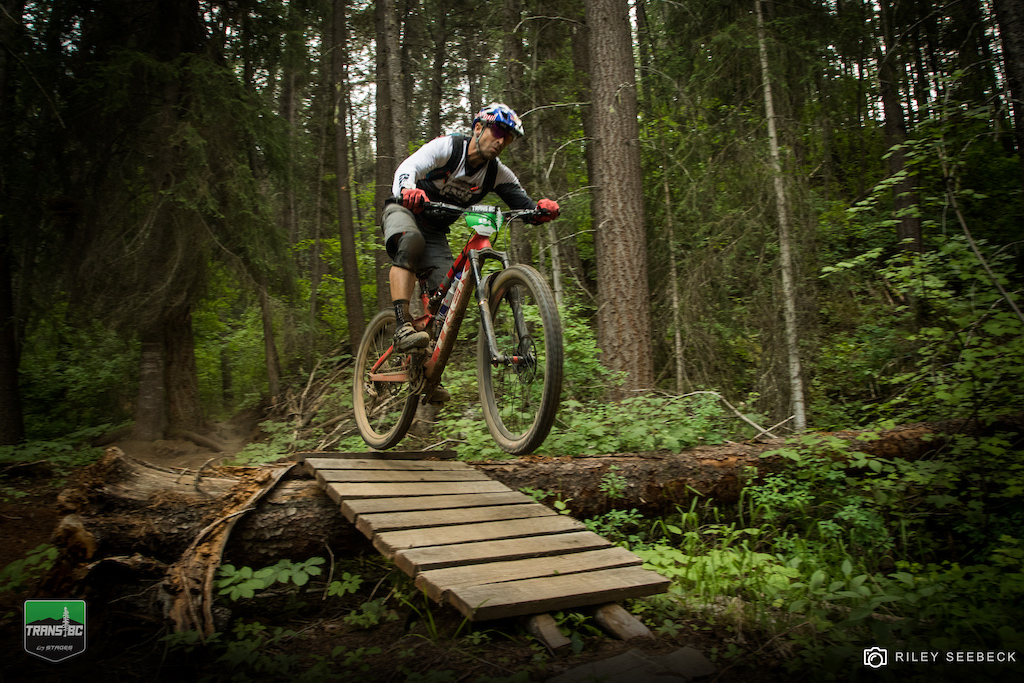 Jerome Clementz (FRA) maintained his lead in the Open Men, but Remy Gauvin will keep him on his toes after taking the win on day two by one second. Joe Nation (NZL) bumped into third overall. Emily Slaco (Pemberton, B.C.) moved into second behind Casey Brown (Revelstoke, B.C.) ahead of Nadeau. Four more days of racing remain on the horizon for the racers. As the event moves onto the home turf of some of the top racers, inevitably we will see movement in the overall standings. 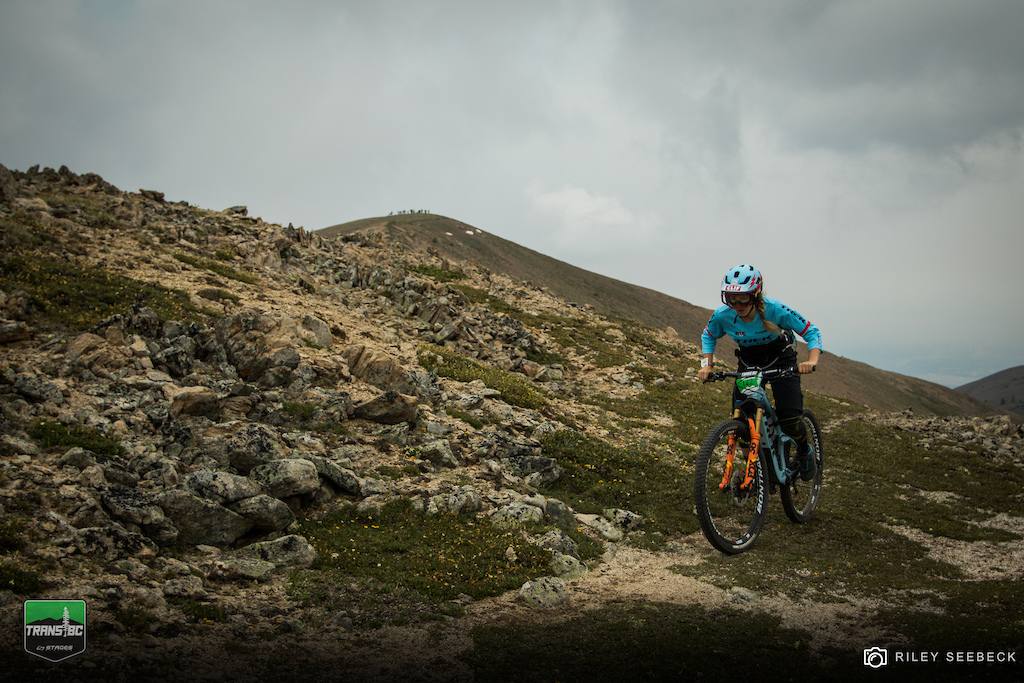 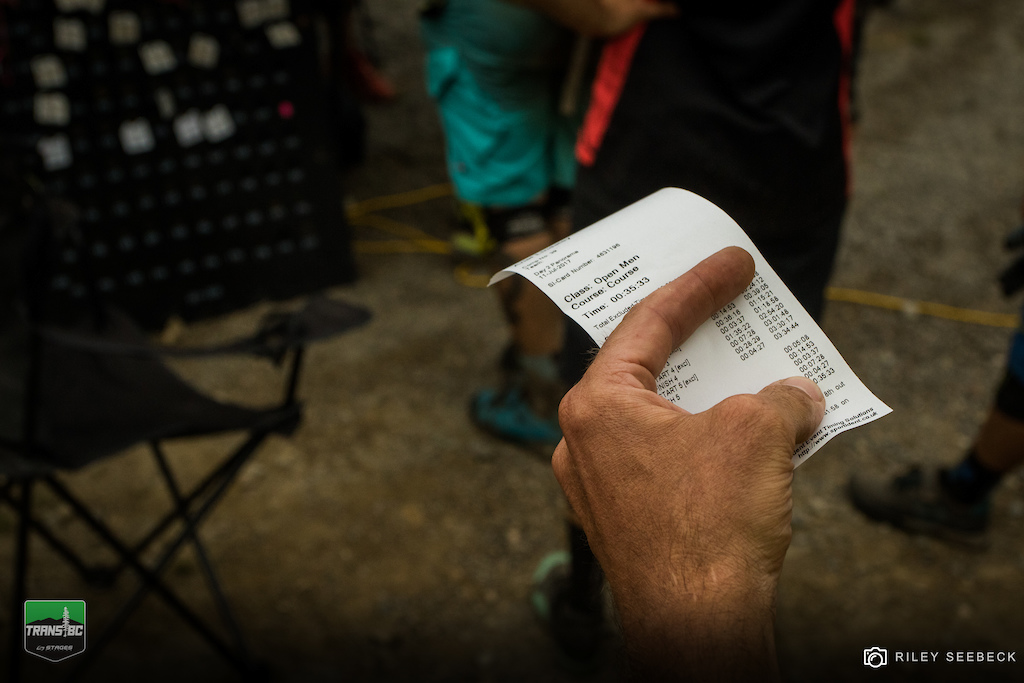 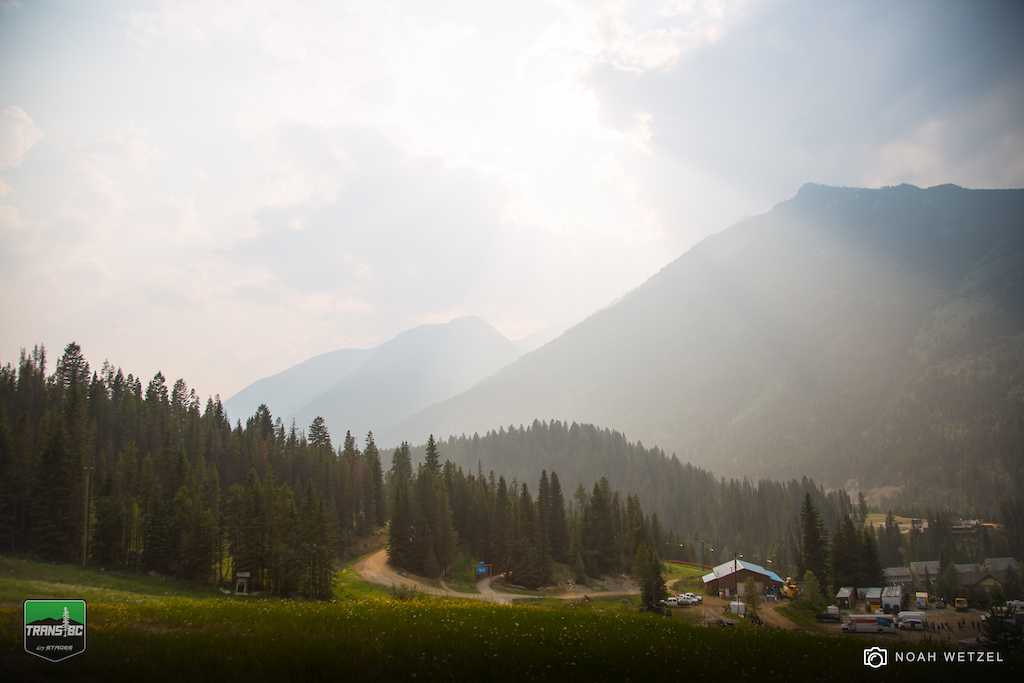 That's a wrap on day two of the Trans B.C. Enduro at Panorama Resort!

For Day Three, the Trans BC Enduro transports racers to Golden, B.C. for a “Day of Steeeeps” according to Rose. Stay tuned to Pinkbike for updates all week long from the Trans BC Enduro. Hashtag your photos #transbcenduro to make their way onto the live stream of the Trans BC’s Media HQ. 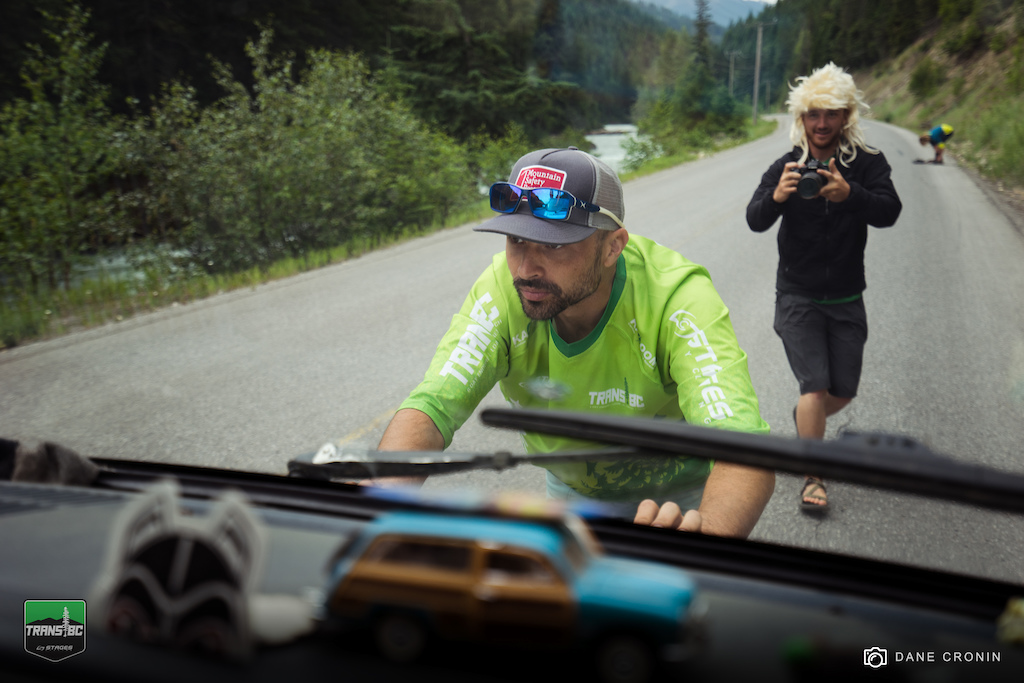 Full results can be found HERE. Check out footage from Trans BC Enduro, Day One in Fernie, B.C.

About Megan Rose — Megan has been riding and racing bikes all over the world for 13 years and organizing bike events for the past six years. She splits her time between British Columbia, Canada and New Zealand, running the BC Enduro Series and the new Trans BC for 2016, and running the Trans NZ race. Over the past two years, Megan has personally raced in over 24 enduro races, timed over 58 days worth of enduro races, and personally organized 22 enduro races. Megan and her team look forward to bringing you the best of the best from all of these perspectives.

EnduroManiac (Jul 12, 2017 at 7:57)
Please let me a spot for next year's race. Pleeeeeeeeeeaaaaaaaaaaaaaase!