Video: Building & Riding a Jump Line in 'The Backyard Project'


This is a video of Victor Gradéus riding the jumps he and his friends have been building all summer. I really enjoyed putting this together to show our work, and to showcase what can be done by a bunch of enthusiasts. Enjoy the video, and don't forget to read the article about what took place. 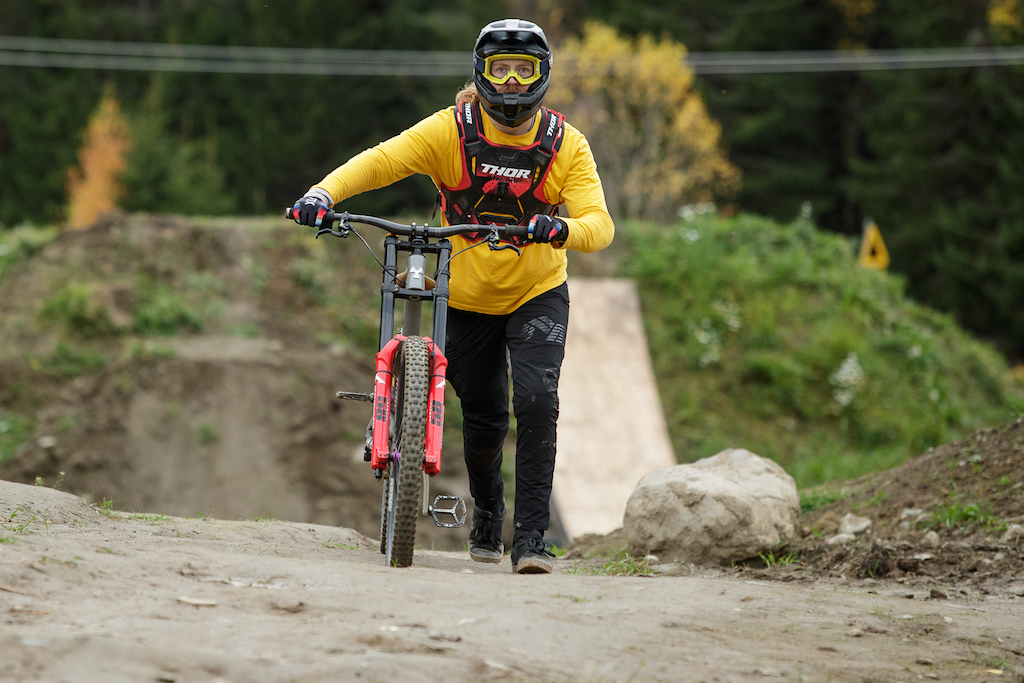 Every rider's dream is to build a massive jump in the backyard. We said, let's do it!

It started to happen after talking about it for a long time (a few years). Early April we started to dig holes in the snow so warm air could get underneath the snow layer. We also dumped some ashes on the snow so it would absorb the sun's rays, this will speed up the melting process.

Our first plan was to dig two big landings so we could have something decent to start with. We hired a 14 ton digger for 4 days and dug the two big landings that took us about 45-50 hours. To get more speed, we realized very quickly that we needed another run-in after trying out what we thought would work. We picked up another digger two months after the first one. This one was a bit bigger!

We spent between 50 and 60 hours operating the excavator during the five days it was available to us. Ruben stayed until 2am to do the final parts on the last day we had it available. After long days working in the machine, it was time to work by hand for a while. Several hours were spent shaping it with a shovel/rake just to make it smooth and we faced some challenges with loose dirt. Rain fell a week after the shaping was completed. We had our hopes that this would be what was needed to make it properly firm and hopefully rideable. This was not the case. Several days after the rain, we tried to ride it, but it was just too loose. It was difficult to get the speed that we wanted. The 27 ton digger would have been sufficient to smooth it out, but the vibrator plate was necessary. 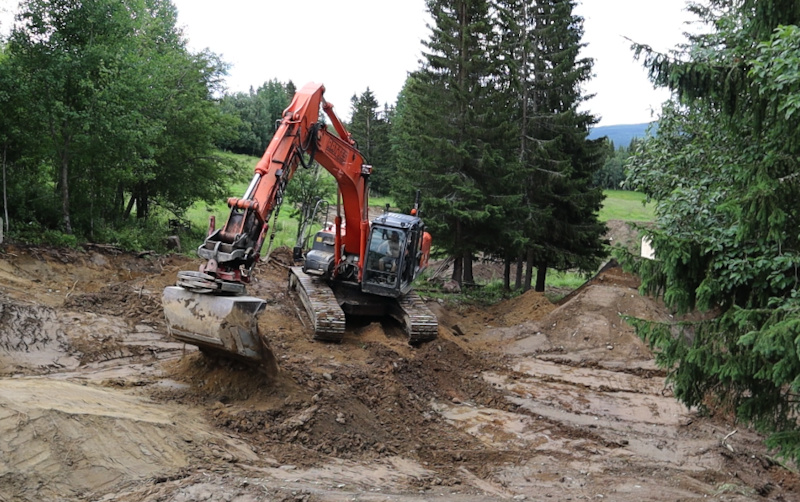 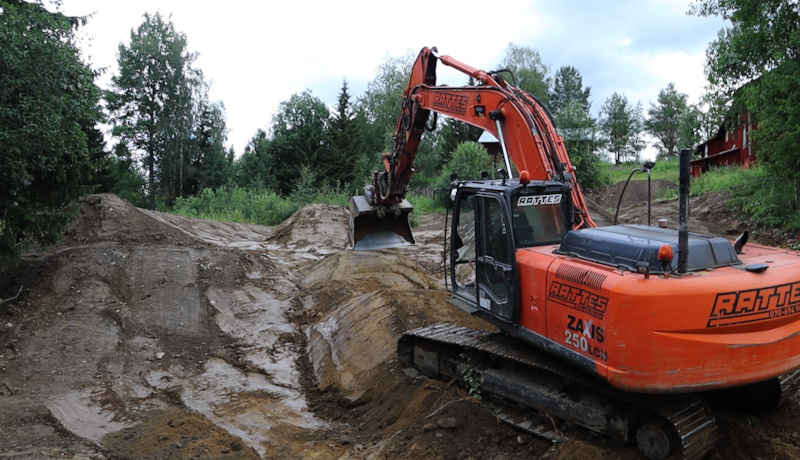 Ruben spent most of his time awake in the excavator
Before we began this project, we had some sort of plan. In terms of size, speed, and angle, we haven't really been building any jumps like this in the past. Building BMX trails and regular bike park trails are where we have most of our experience. So it was more or less a guess what we thought would work, and we guessed pretty well! We needed to move the start higher up on the hill. By doing so, we will gain more speed. Flowy features were added along the way as well.

Placing the right material in the right place. There is a difference between material and material. You cannot use whatever you want. You must choose the correct material and package it properly. Also, how the drainage system will function during summertime and wintertime, since we get a lot of snow wintertime and pretty much rain during summertime. Keeping this in mind was very important!

Additionally, we tried some dirt powder meant for gravel roads. To keep speed, we also put some firewood on the track to make the dirt hard.

Wet and windy weather sometimes made filming difficult closer we got to autumn, the softer the dirt became. Finalizing the filming and cramming in the last sessions of the year was our priority.

As a result of the bad weather, we tried to cover the track as much as possible.
A lot of testing must be done as well. Modifications of minor complexity can have a huge impact on the track. For example, we mixed the ramp to move it forward/backward. Making it steeper or slacker depending on the conditions. The closer it got to winter, the more we needed to move the ramp forward just because the dirt got softer. We had a hard time to get the speed we wanted.

BBQ/Pit area
Building a backyard like this is a big job! Especially with the size we wanted. It requires a lot of time, effort, and funding. Just to make something really wanted. The plan is to build more lines and add more features so we can make it a killer place for us locals to shred and progress. Enjoy the photos! 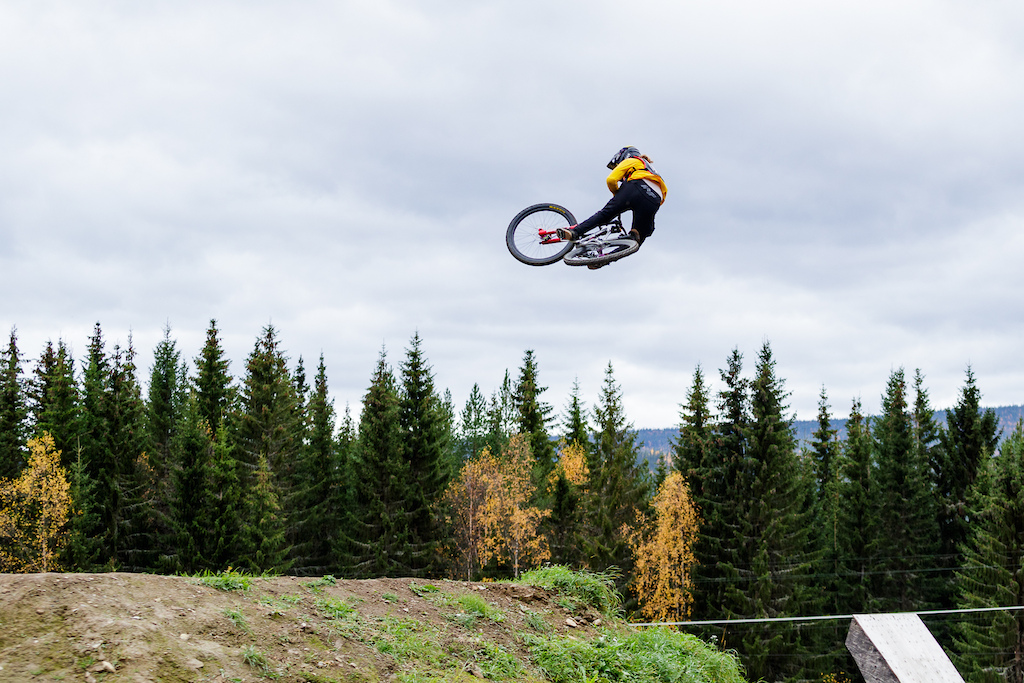 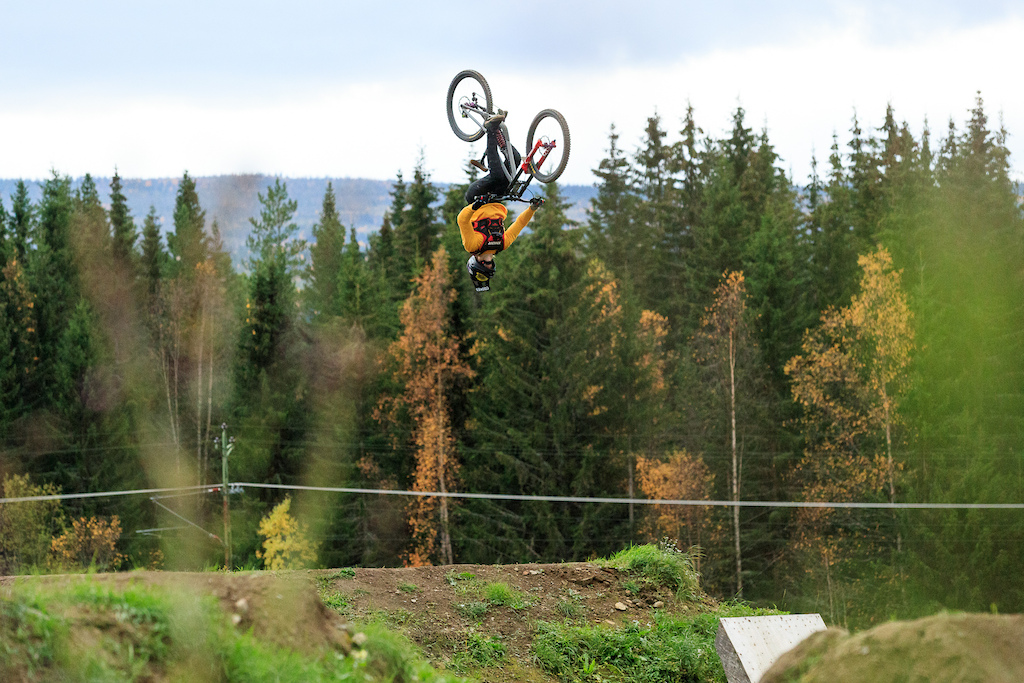 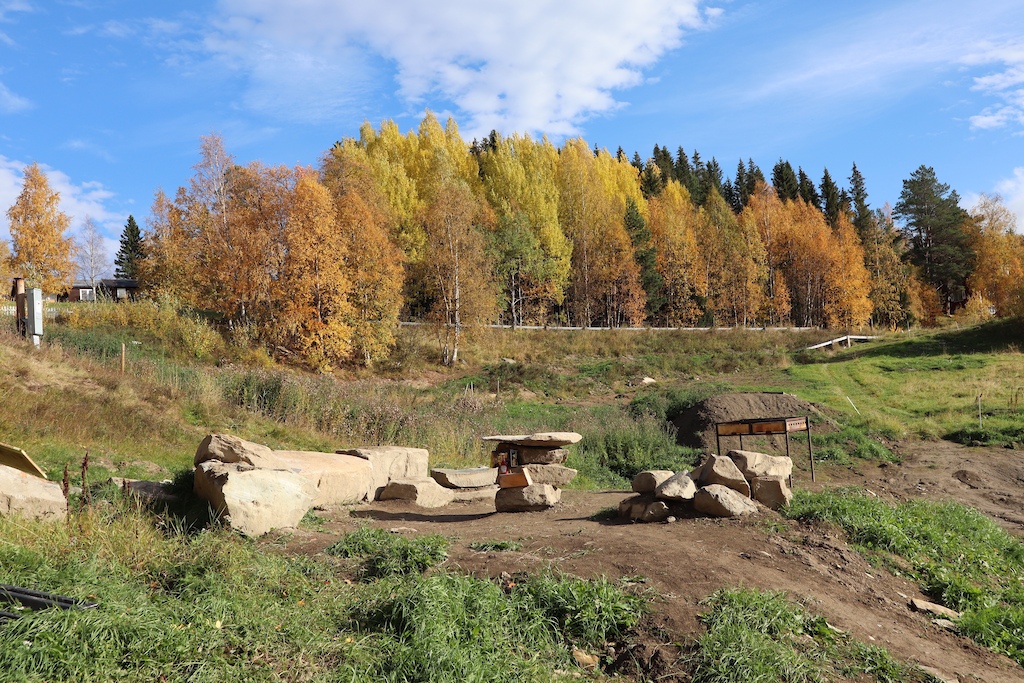 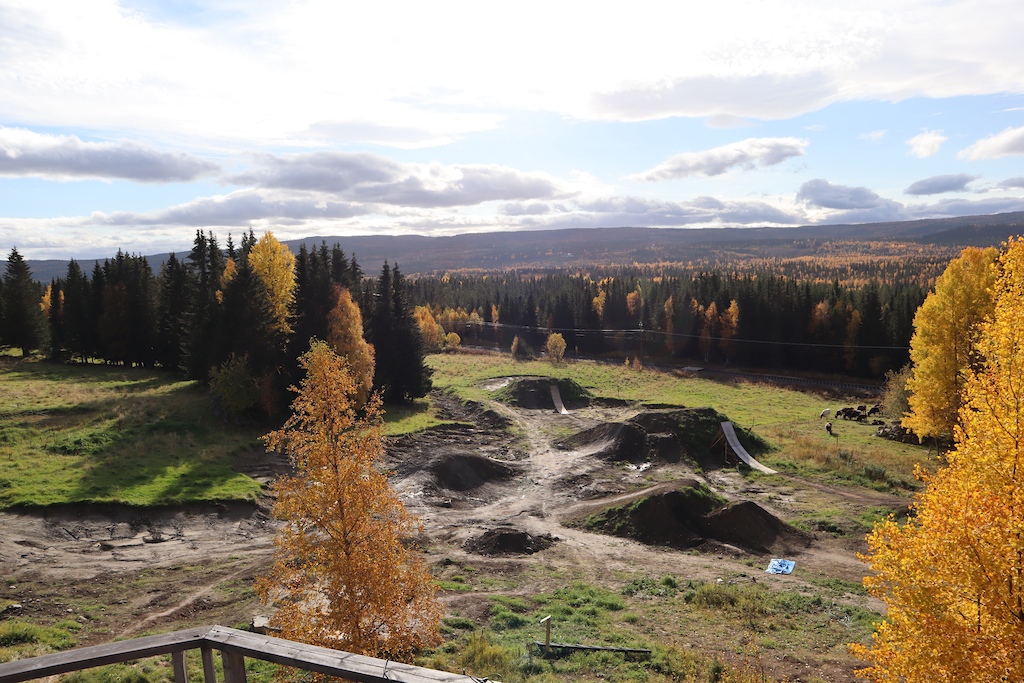 plyawn (Apr 13, 2022 at 6:51)
Rich kid == spends countless hours doing hard manual labour for something you love? This seems like the same thing we all did as kids, only scaled up and prioritized. That's exactly what growing up should be in my mind.

LINDE (Apr 13, 2022 at 8:35)
@chriskneeland: The difference on Sweden and the States i guess. Kind locals that can provide diggers for a reasonal price and ill promise you this aint no rich kids, they work hard to finance this.