by WelshGravityEnduro
Views: 998    Faves: 2    Comments: 0
Lewis Bradley brings you the video of his hi's and lows from the weekend.


The Enduro World Series is the pinnacle of the Enduro racing world and every year thousands of eager riders join the lottery to get a place on the EWS circuit. With the lottery system, it is an errr… lottery!?
For 2017 there are 42 EWS Qualifier races taking place all over the world. Three of which are in the UK, the second of which just happened in the ethereal Dyfi forest in North Wales.

Based out of the town of Machynlleth this race was also the first ever Welsh Open. Organised by Welsh Gravity Enduro® and sponsored by Bird Cycle Works whilst also encompassing the Welsh Champs 2017.
The weather gods shined on us, with four days of sunshine leading up to the race, then some light rain Friday night and Saturday morning. Those wishing to practice early Saturday found it somewhat slippy. But as forecast… the rain stopped bang on 13:00 and the sun came out for the remainder of the weekend. 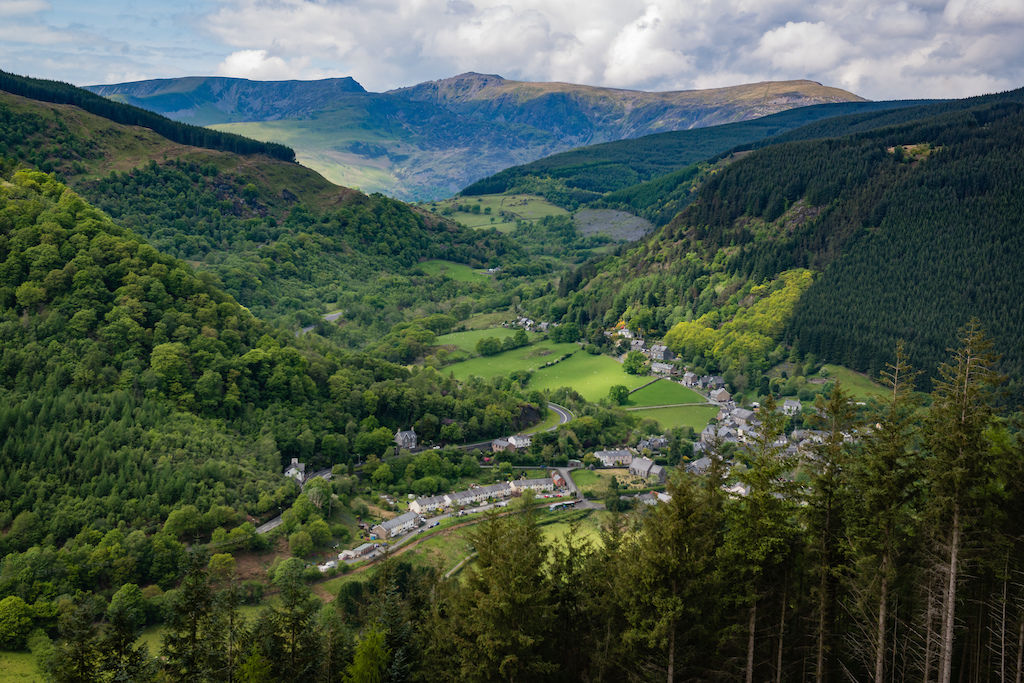 The Dyfi has some of the best views in Wales
The Welsh Open consisted of five stages, all very different in their character. Stage 1: freshly built for the race a couple of months ago and completely unridden prior to the event due to being private land (bar myself and the dig crew), started on the top of a gorse laden hill where going off line was not an option, a couple of punchy climbs and some field turns, before dropping into a bluebell strewn fairy woodland where during the weekend virgin grass would give way to modelling clay berms, a couple of steep corners and one straight chute and you were at the finish in just shy of three minutes, this was flow in its physical state. From here it was a long transition out to the forest stages above Ceinws... 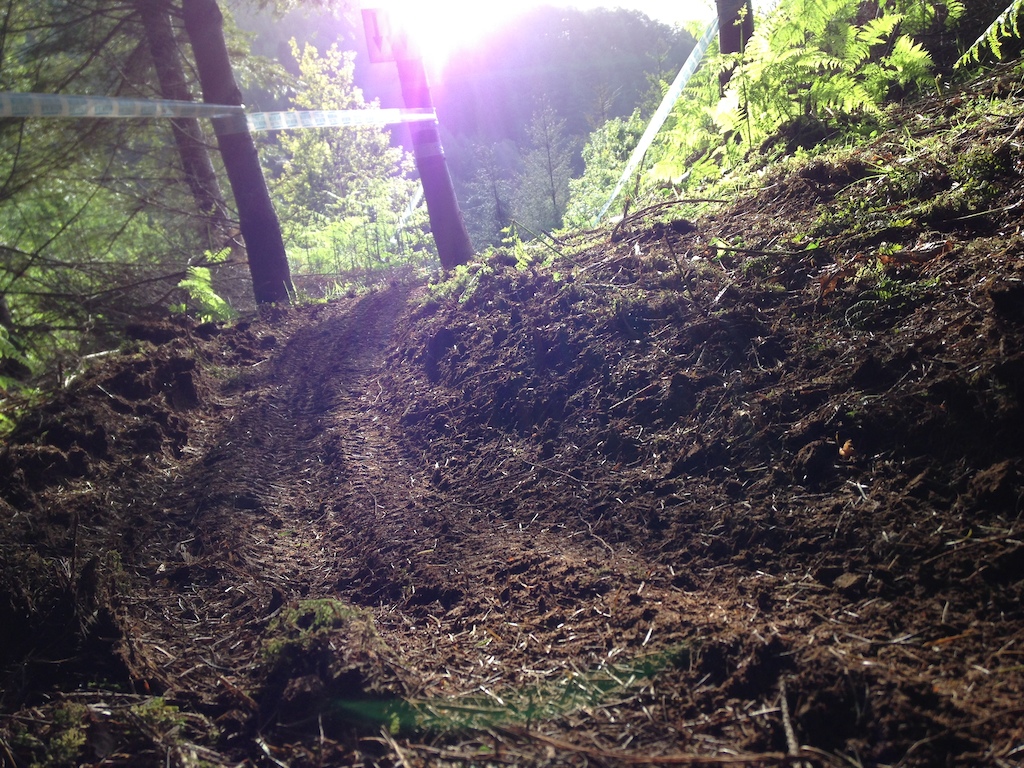 From virgin woodland to sublime loam Stage 1 "Glanmerin" built for the event had it all. 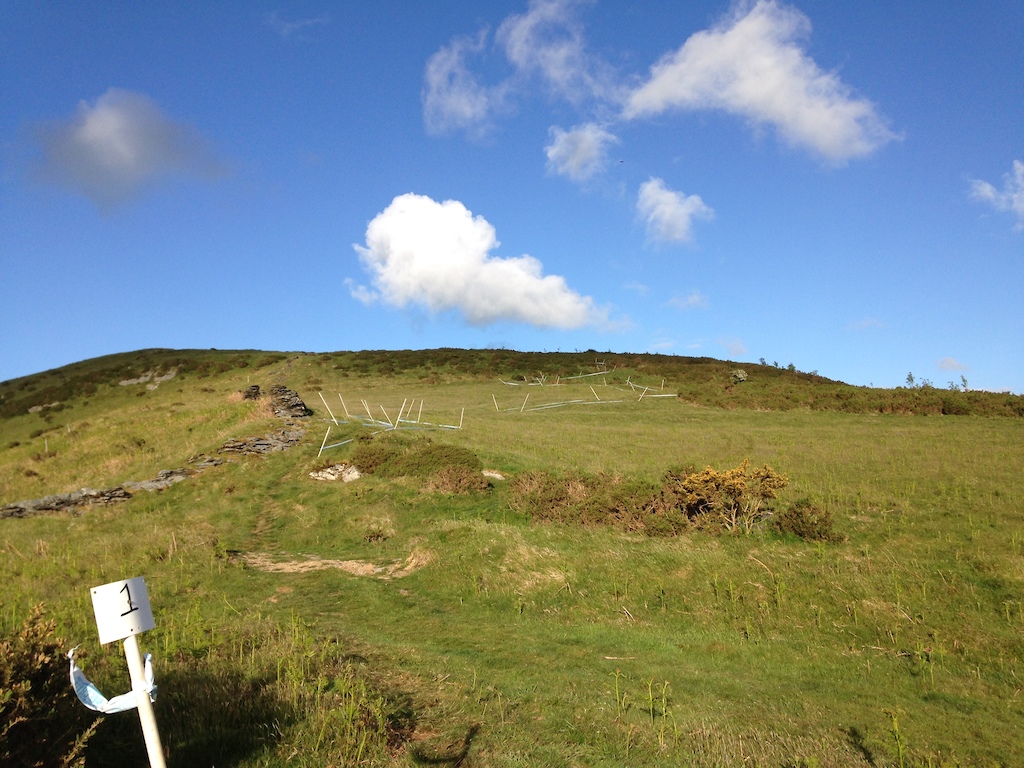 Grassy turns and punchy climbs with some gorse to keep you on line.
Stage 2 was reached after a picturesque 70min transition. Many said the transition times were too tight but they were set at a pace similar to that required for a full-blown EWS race, penalties were abolished for the race to give riders an idea of what would be required of them if they fancy giving an EWS a go. EWS Qualifiers are a stepping stone to the full blown world series.

Known locally as "Elephants into Right Hand Builth" this trail is an old favourite! built back in 2013 and again in 2014 for the UKGE it has matured year on year to become a full on "Enduro" stage. 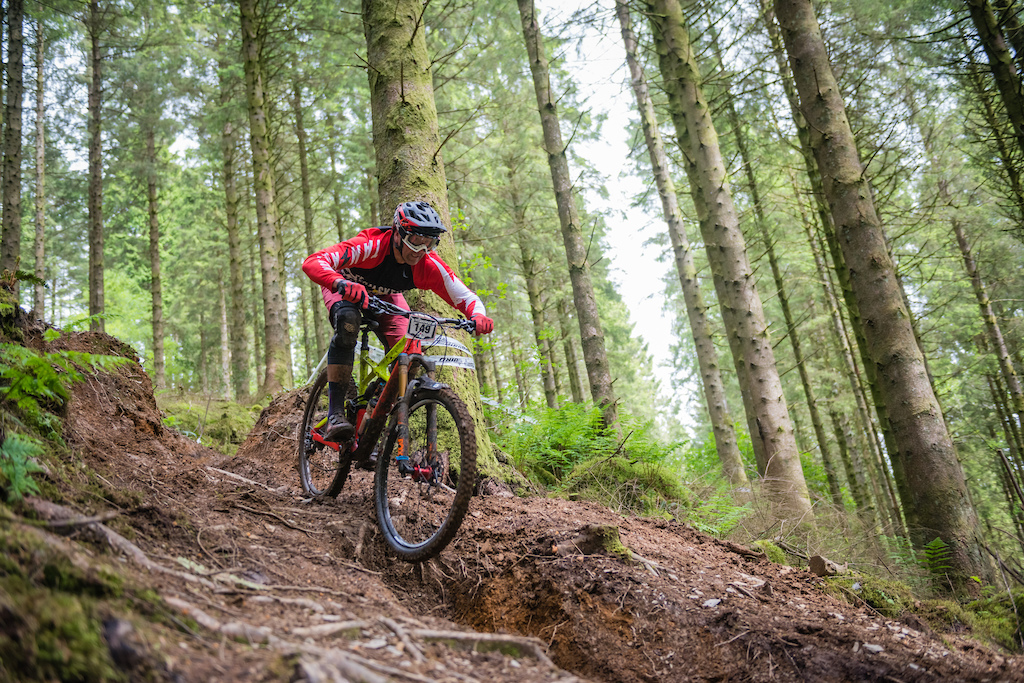 Final section of Stage 2 "Right Hand Builth" Howie Silvester on his way to winning the Vets category.
A short 25-minute transition up to Stage 3 brought the riders to "Dickos" the darkest of the five stages with sniper roots everywhere! You needed bravery and patience to do well here. 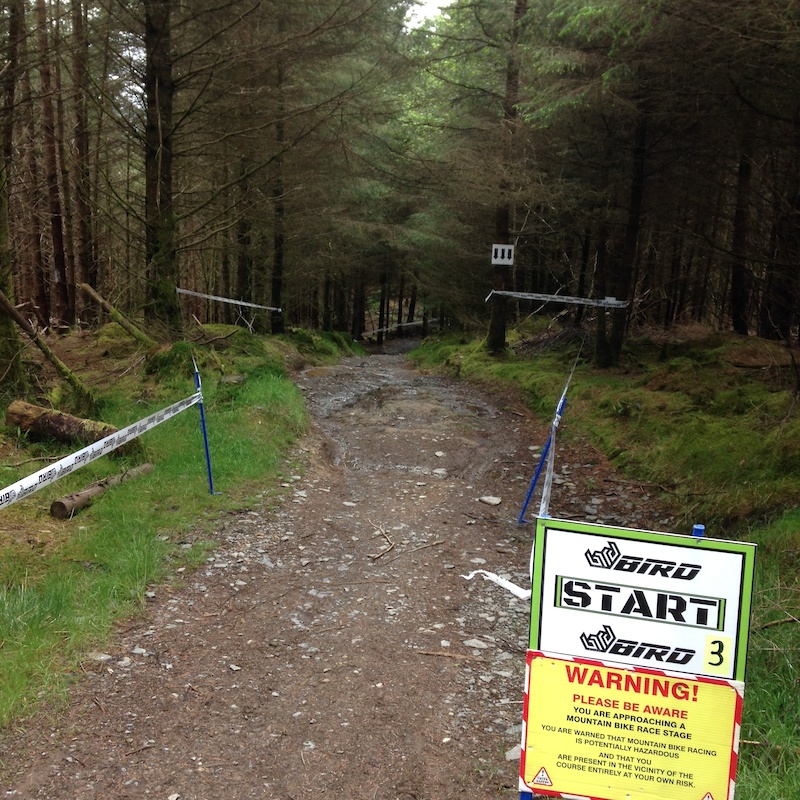 A misleadingly easy start welcomed the riders before they headed into the flat out slate of "The Dyfi" and dark sniper root infested woods of "Dickos".

Another transition of some 45-minutes brought the riders to Stage 4, "Climachx". This is one of my all time favourite trail centre (?) trails, pedally but infinitely rewarding as you commit to blind drops, turns and numerous rock features, for just under four minutes of eyes on stalks riding—a classic! 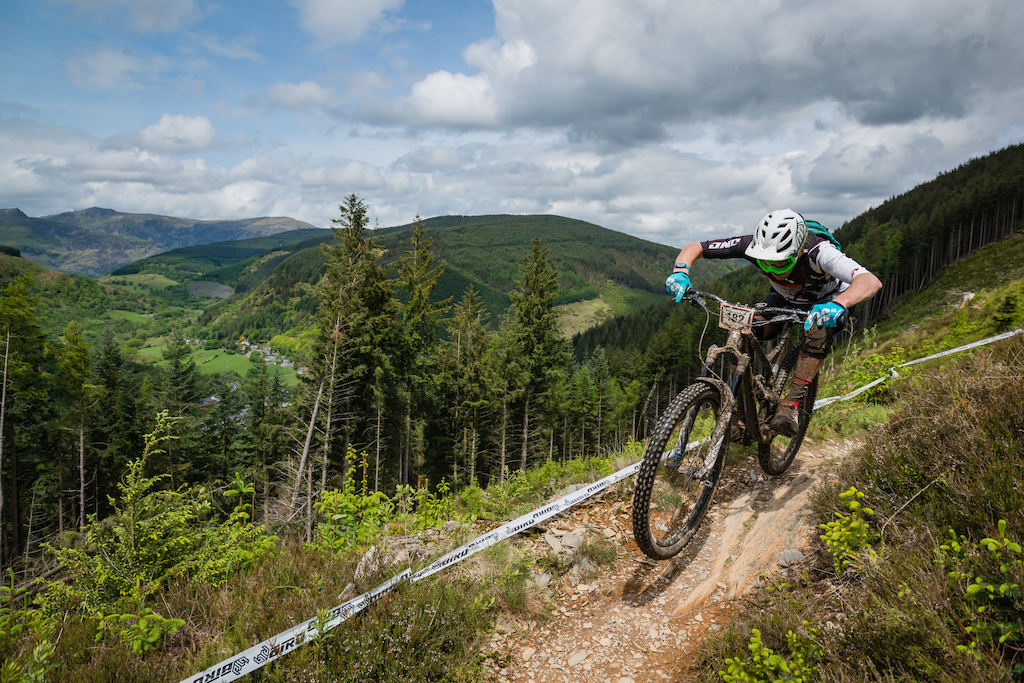 Stage 4 of the Welsh Open ( Climachx Trail or No.8 ) has some of the best views in Wales, best not to get distracted here as there are numerous blind bends and drops to deal with. Garrick Thomas keeping it low.
From the bottom of Stage 4, it was a five-mile transition back to the arena in Mach for a quick feed or repair before heading up to Stage 5 "Mach 10". Used for the first time in last years BES this stage was given a complete makeover back in February to make it rideable and fun in all conditions. The riders favourite? With many natural features intermingled with bermed loveliness and rooty tech with enough pedalling to keep all happy. After just under three minutes, the riders had a nice short three-second sprint to cross the line and it was all over. 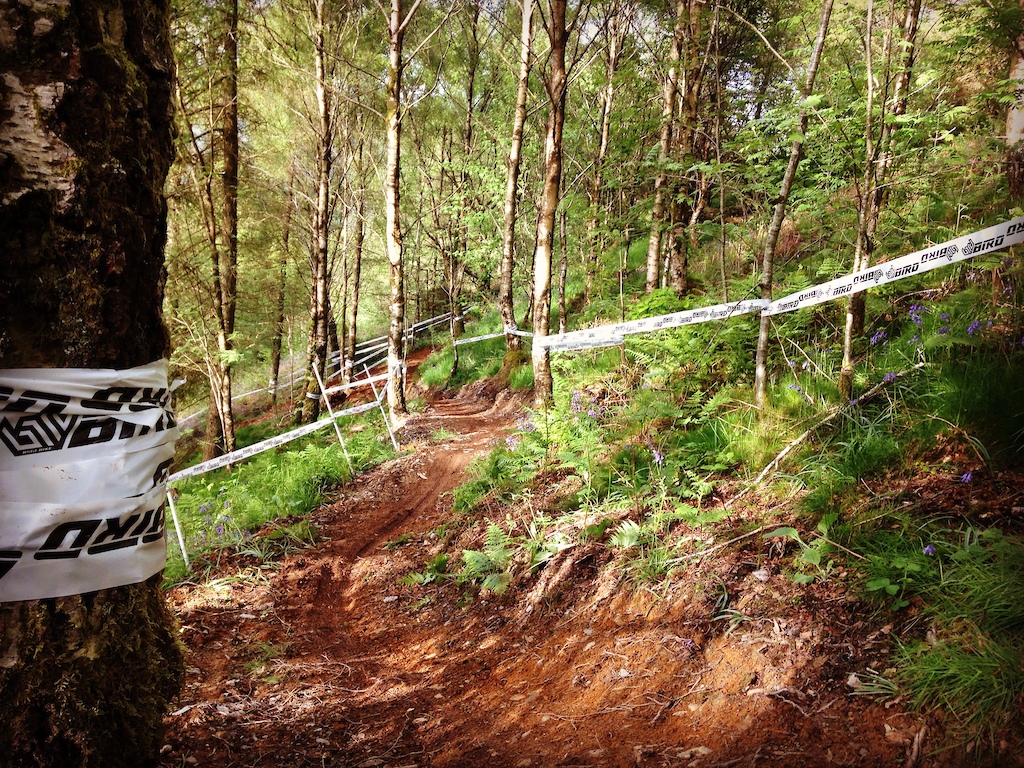 Stage 5 "Mach10" had a massive make over for 2017 with the creation of the "Dragons Back".
Alongside the Welsh Open there was also a Sport category of three stages taking in Stages 4, 1 and 5 in that order, this gave those riders who'd never done a big enduro the chance to sample what was required but over a much shorter loop. 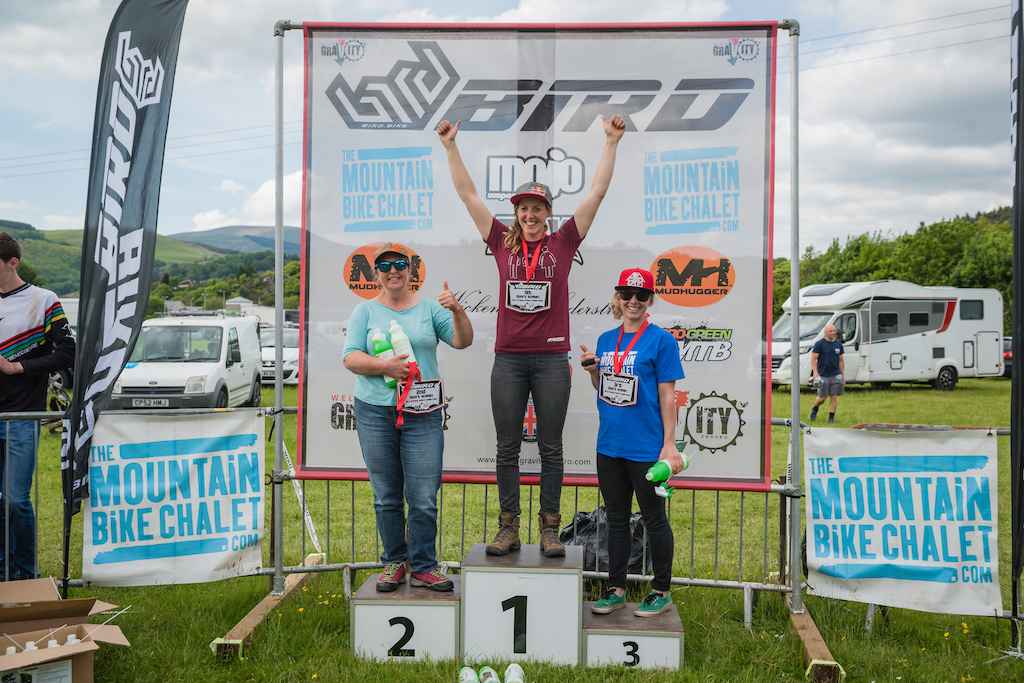 A certain Women's Downhill World Champion popped her enduro cherry at the Welsh Open!
Rachel Atherton made a surprise appearance and completed her first Enduro. Taking the win by over four minutes in the Pro-Green MTB Sport category from Katherine Goodey and Lianne Hier 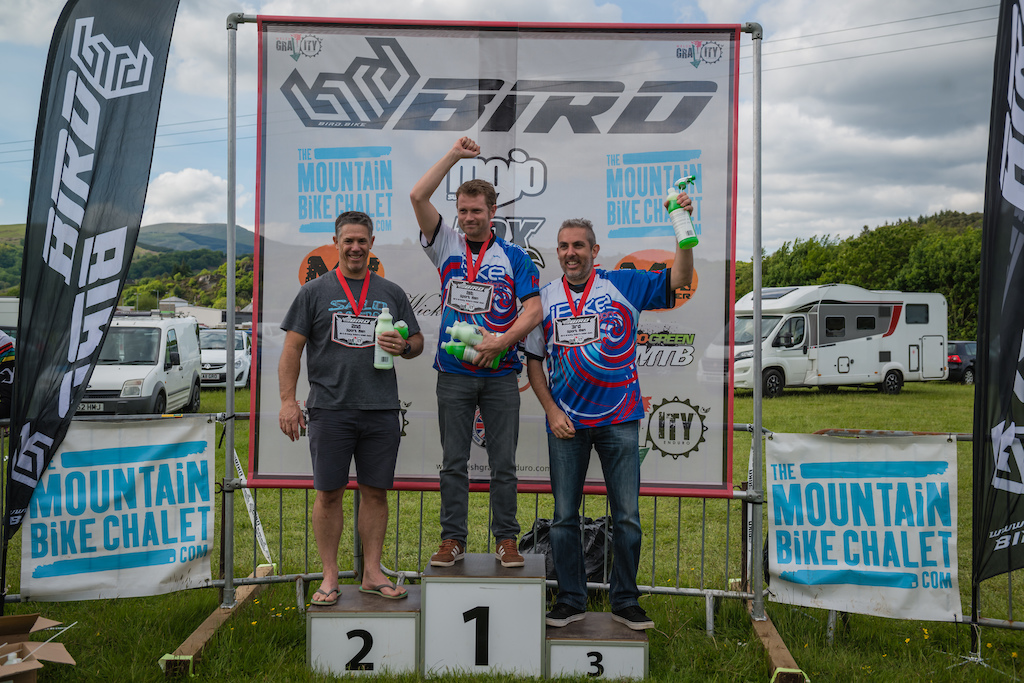 Pro-Green MTB Sport Men category winners Stuart Howard, Martin Lombardi and Kevin Sexton.
So finally on to the results of the first Dyfi Welsh Open… After five stages, 32km, and 1,800 meters of climbing and descending the race was done! Joel Chidley took the overall win to become Welsh Champion 2017 with a time of 14m 47secs from Charlie Hatton also in his first ever enduro with Rob Williams coming home in third. 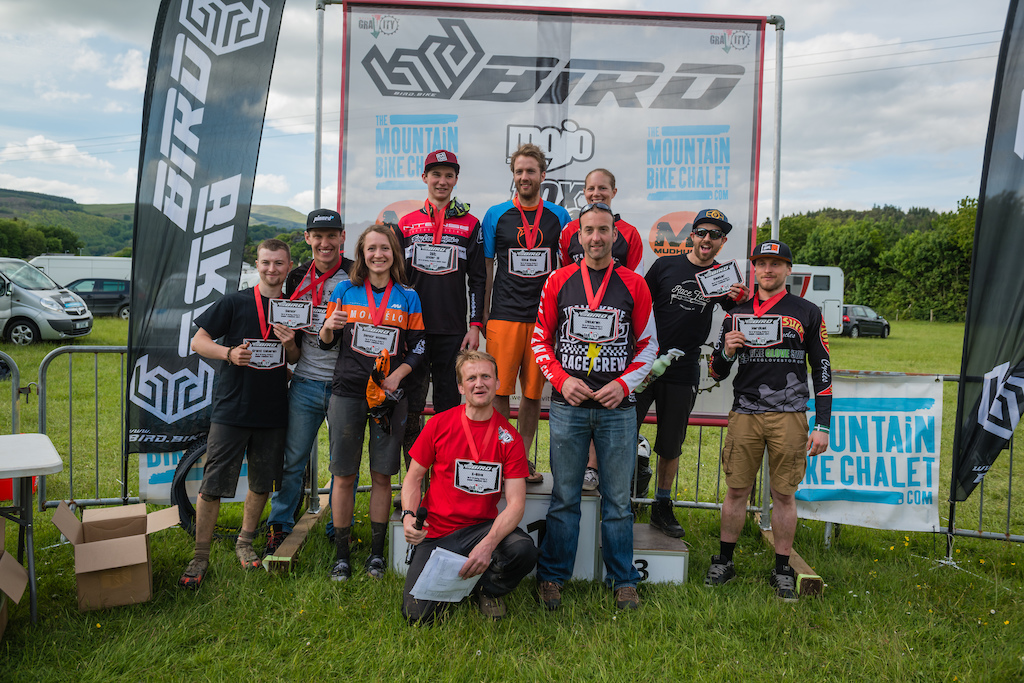 Welsh Champions 2017 (Lewis and myself as stand-ins). 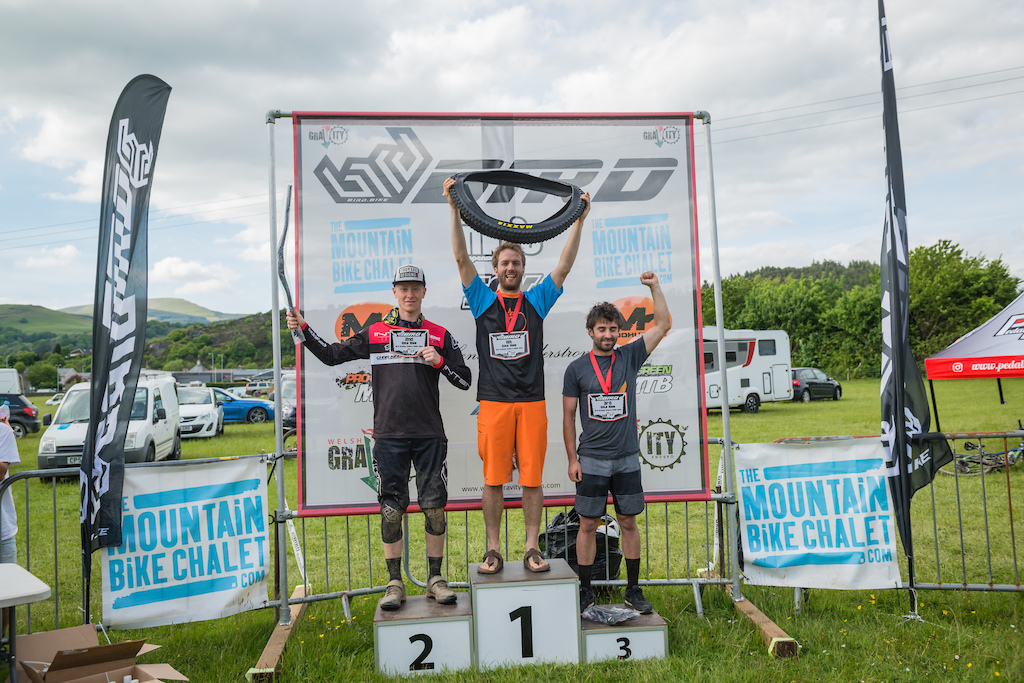 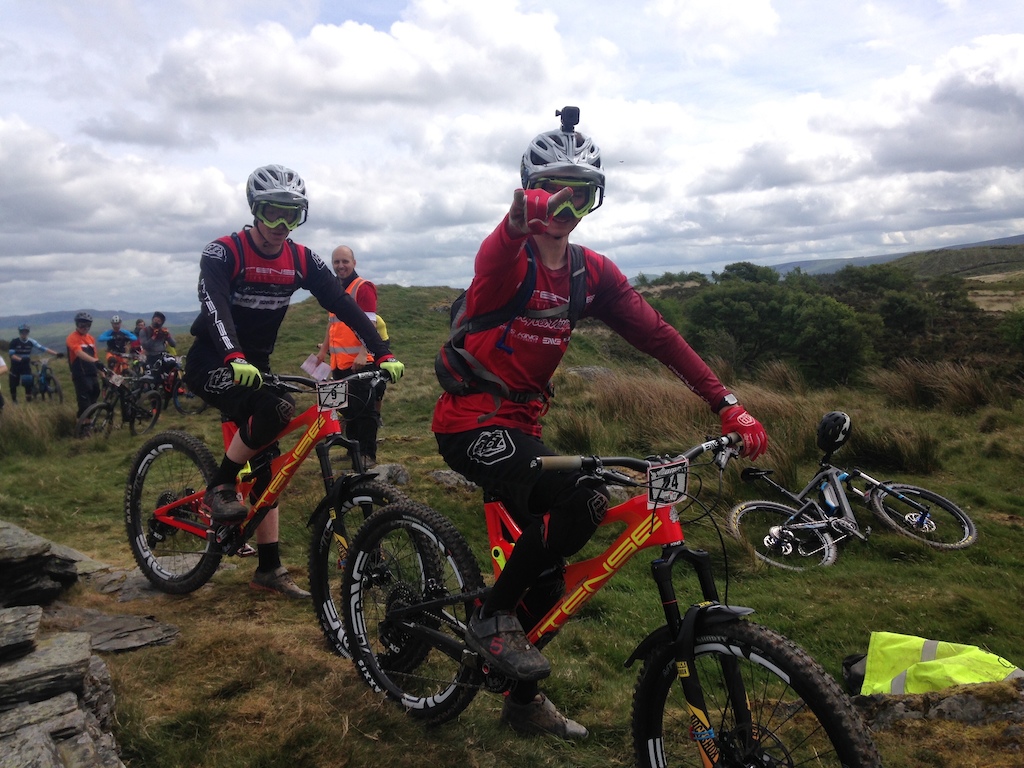 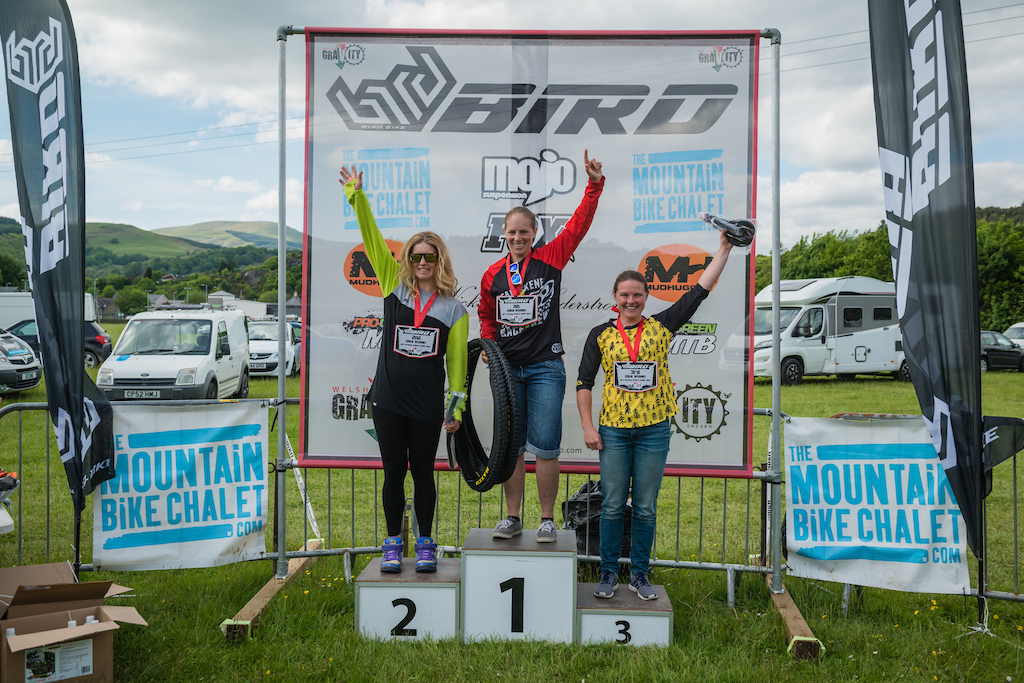 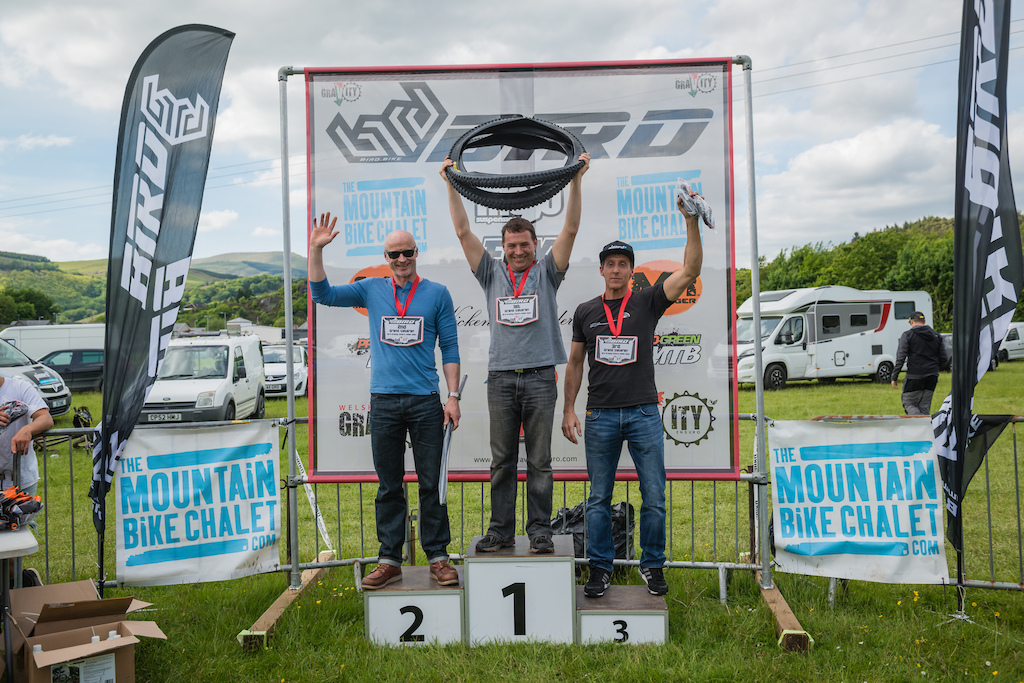 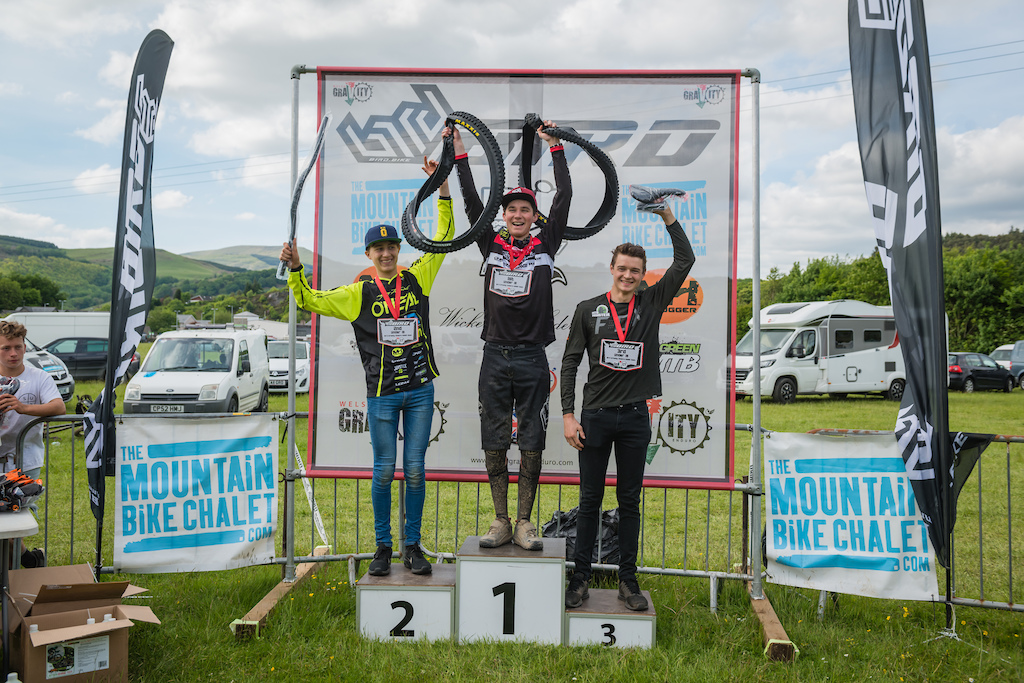 Bird Cycleworks U18 winner Joe Breeden with Harvey Rollason in 2nd and Tom Wilson in 3rd. 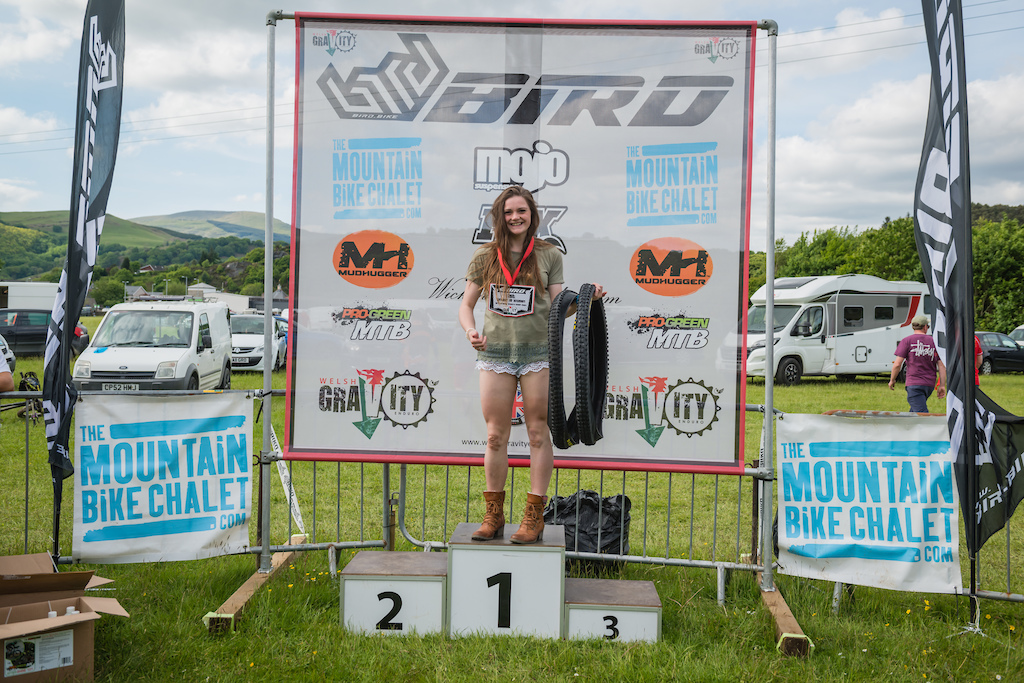 Bird Cycleworks U18 Women's winner Caja Parkes (where are all the junior ladies?). 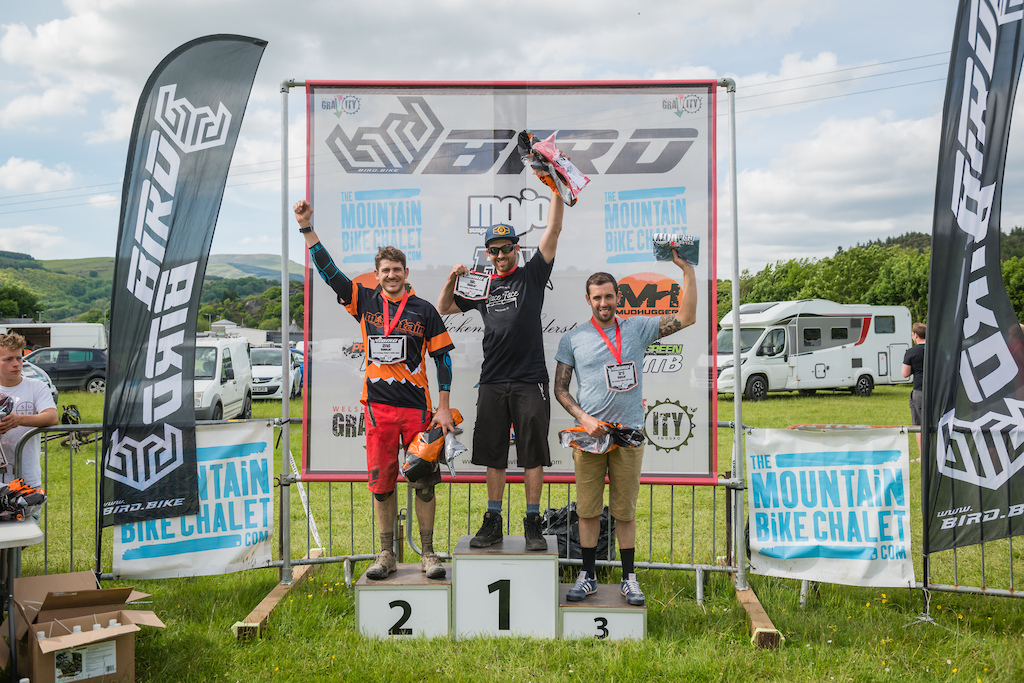 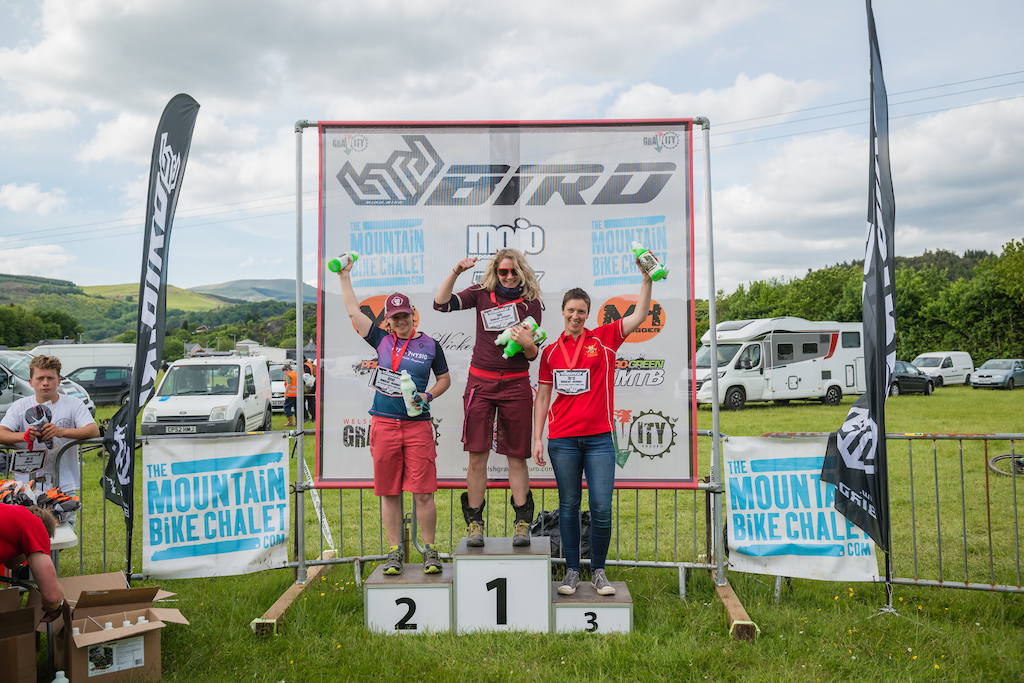 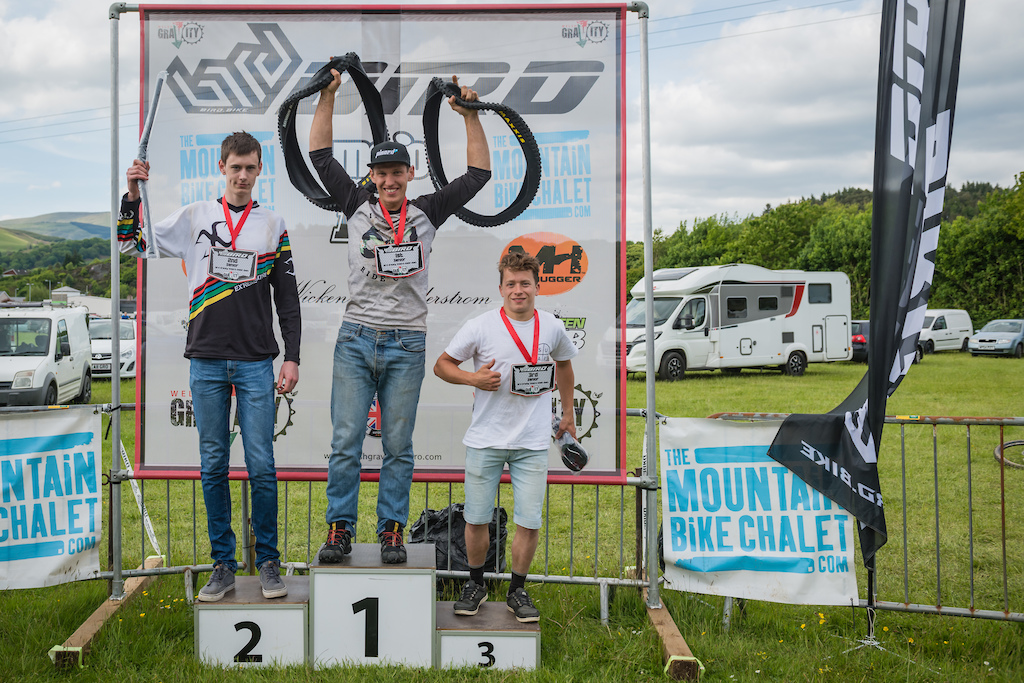 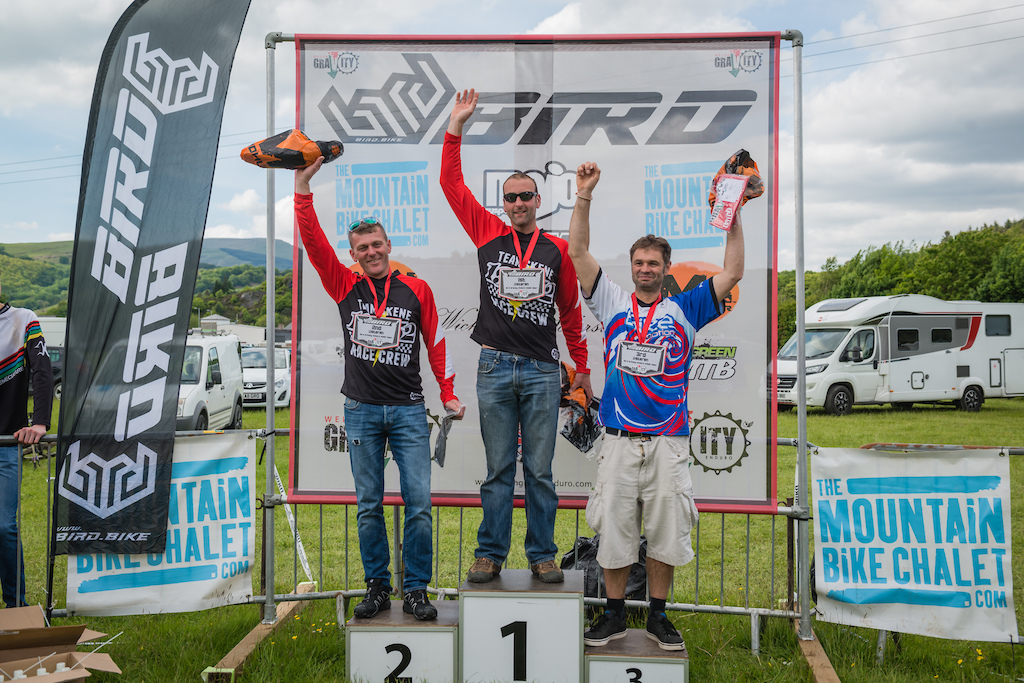 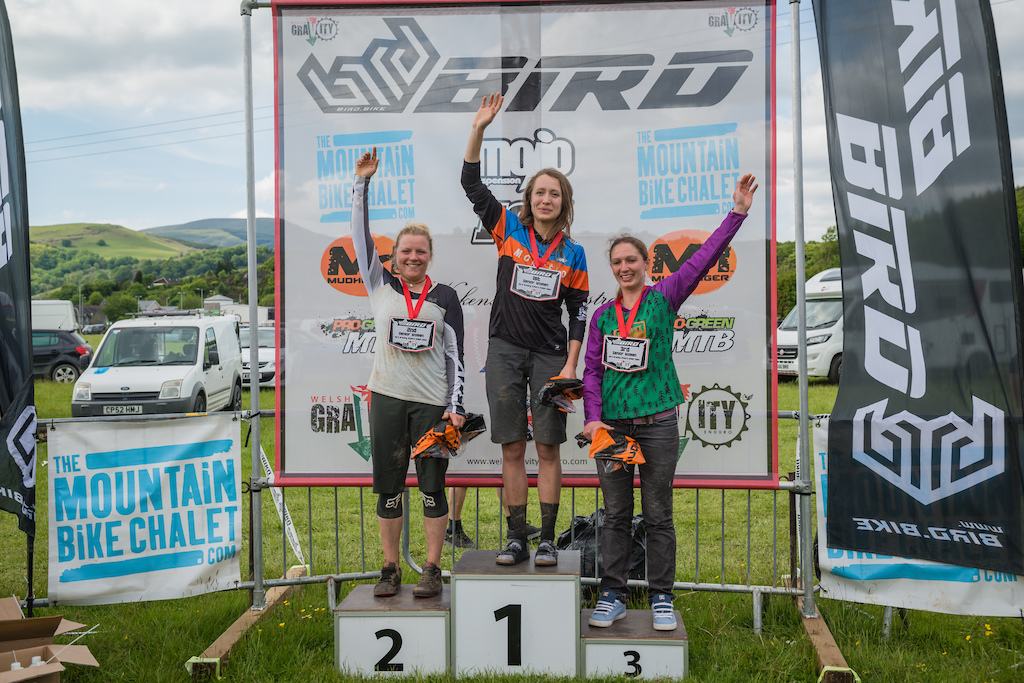 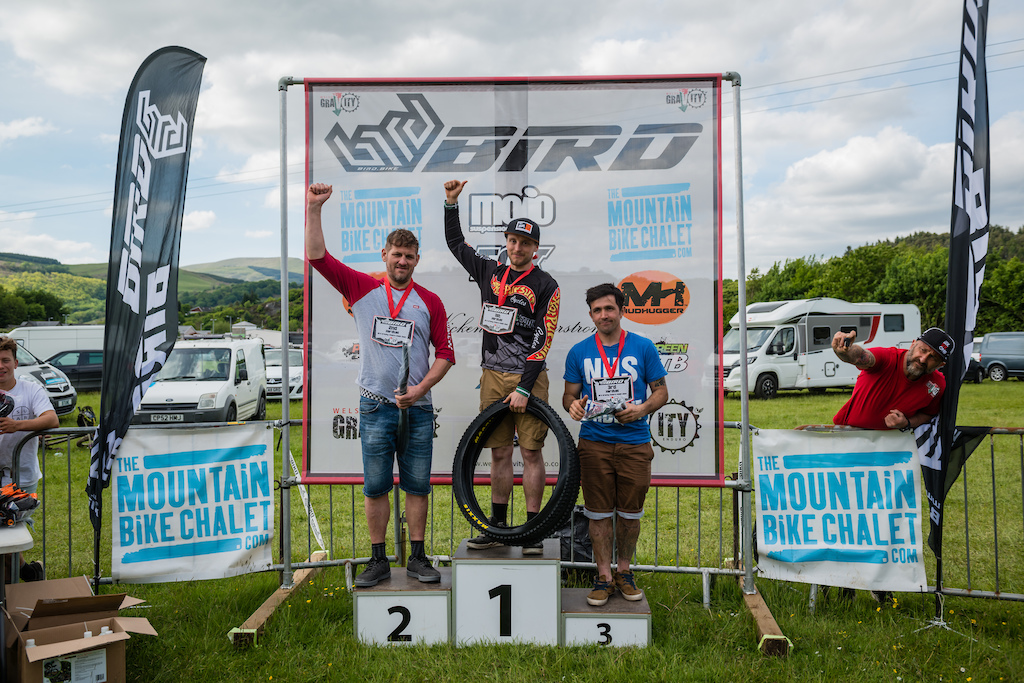 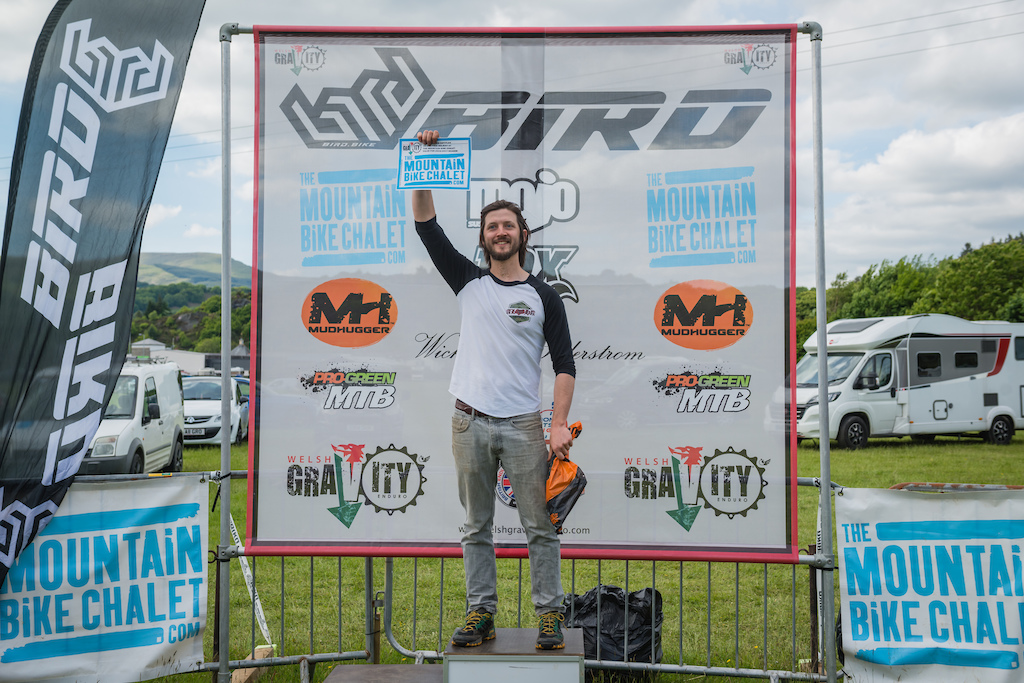 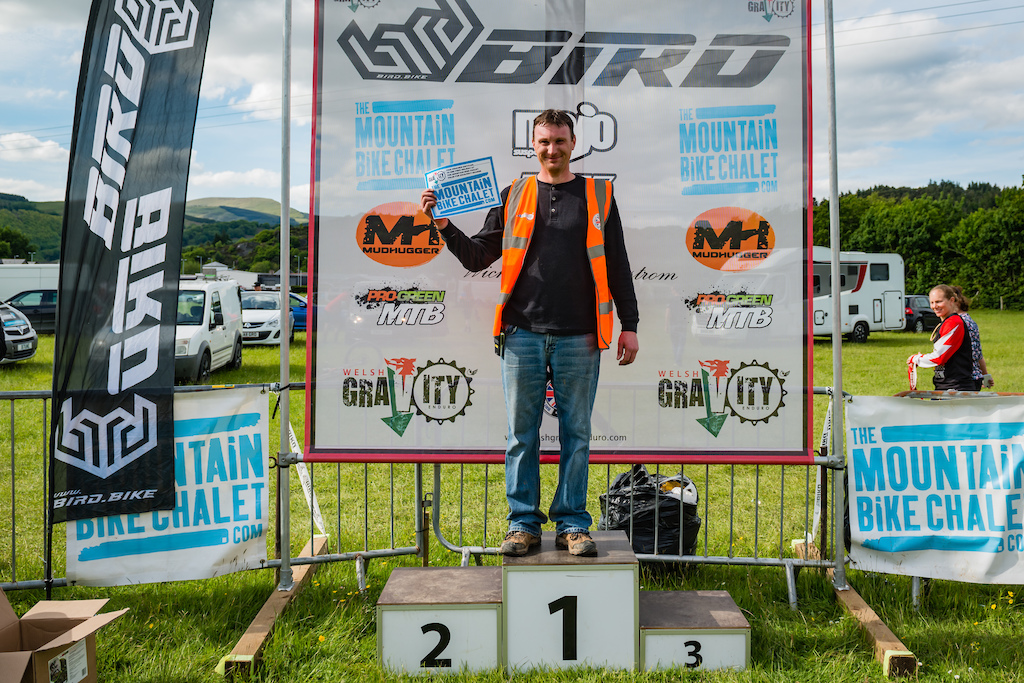 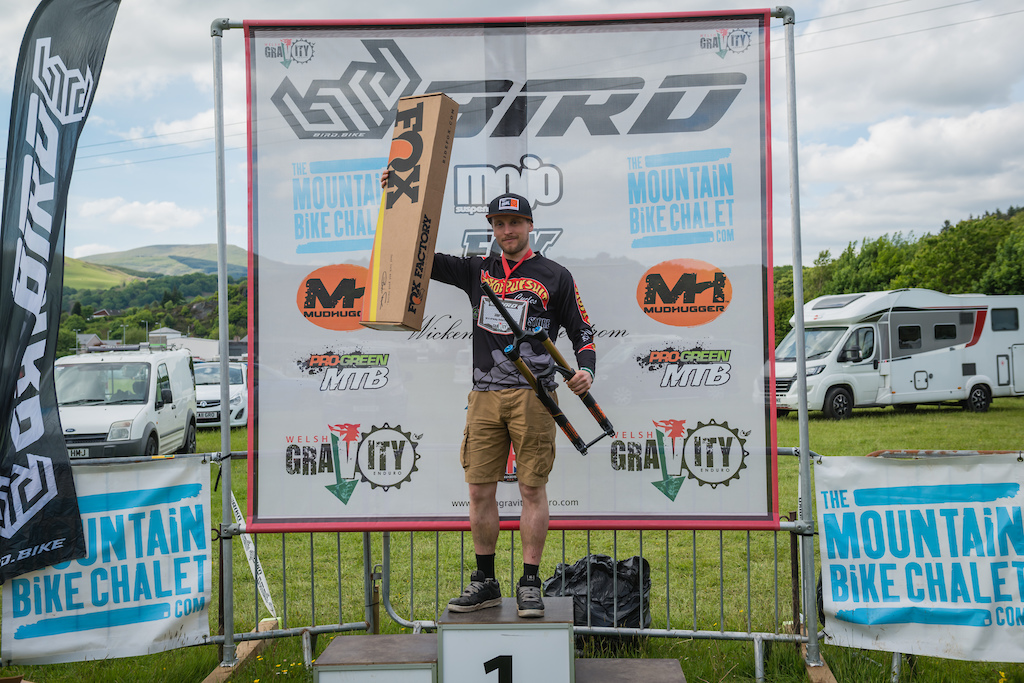 Tom Dunn collecting his Fox 36's for finishing 36th overall and also winning the Hardtail category on the way! 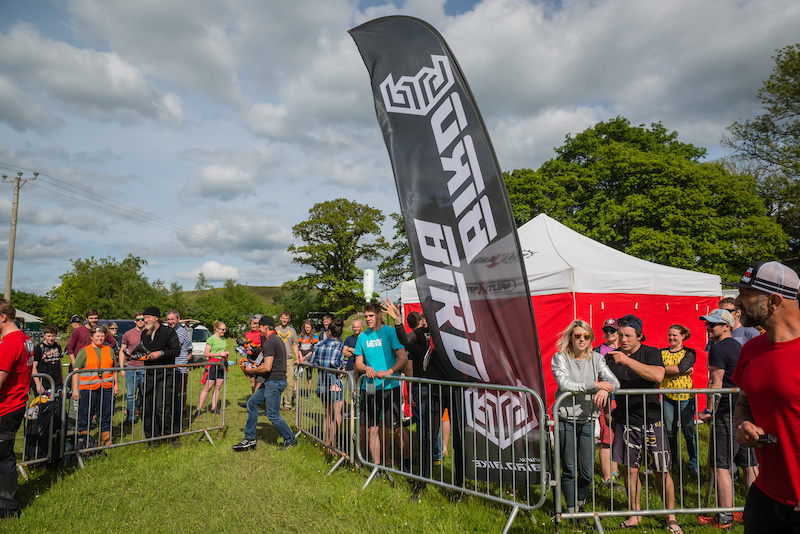 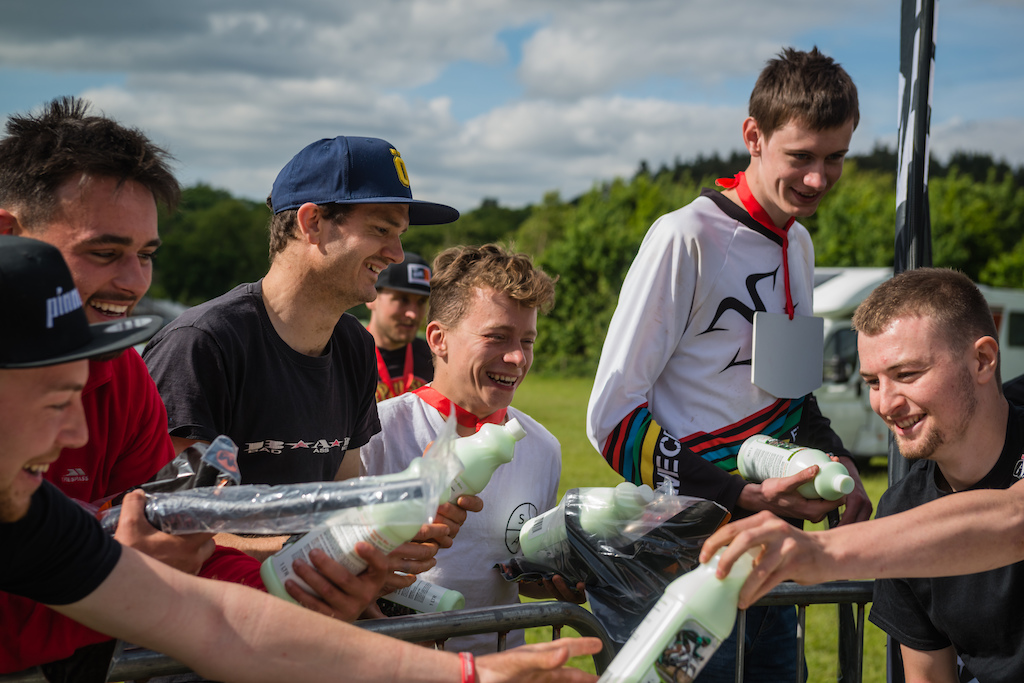 Happy racers!
All that left to say is massive thank you to all our sponsors for all the fantastic prizes!

All the marshals for your dedicated work! Action Sports timing, Natural resources Wales, Tegid Humphreys, Mike Thickens and Nick the farmer for the use of his land.

Training for the next Dh race and not taking it too seriously I suppose, but certainly removes the chance for the other women to take a win!

km79 (May 25, 2017 at 3:27)
On the otherhand the women just got a chance to race against her, possibly for the only time, maybe she will inspire other women to join the next one, looks like they could use some more.

justanotherusername (May 25, 2017 at 4:01)
@km79: Maybe, but it would have had the same effect if she had raced in the elite category where she belongs.

lab7digital (May 25, 2017 at 5:23)
Sport category was a shorter event, but as @km79 mentioned she would of destroyed most categories

Kathg (May 25, 2017 at 6:40)
It was a wonderful experience to race with her! The Sport event was a bit shorter (33km) and no EWS points were available from it. Rachel's times would have put her in touch in the Elite men's class (on the 3 stages raced anyway) so it wouldn't have mattered which category she was in! It was a right laugh and I personally am not bothered at all about podiums since there were only 3 of us anyhow!!

justanotherusername (May 25, 2017 at 8:35)
@Kathg: As you were a competitor my opinion doesn't mean a thing compared to yours, I was just curious as to how things had been handled - if you were happy with it then that's what matters, not my online jibber jabber!

@SeanGriffo - I didn't think about the EWS thing, fair point.

clamps81 (May 24, 2017 at 12:23)
Great weekend - really impressed with the organisation and atmosphere at the event. For once the Welsh weather didn't interfere too badly as well. Bumping into a world champ on the sport stages was also a welcome surprise.

notphaedrus (May 25, 2017 at 4:35)
Surprised that it wasn't mentioned that Joe Breeden was the winner by 45 seconds in his first ever enduro, and would have placed him 3rd in male elite....

Kimbers (May 25, 2017 at 6:39)
Brilliant race, still buzzing, I wanna do it again next weekend! Dyfi valley has some of the best riding in the UK, so much amazing riding and potential

metaam (May 25, 2017 at 11:41)
Great to see a marshal getting rewarded with a holiday, props to The Mountain Bike Chalet. Looked like a great event, there's some fantastic riding in the Dyfi area.

WelshGravityEnduro (May 25, 2017 at 14:39)
All 5 stages were different in their character which some liked some loved... We're all different