They say magic happens when the stars align. This was evident for us and our project but in the midst of a global pandemic the prospect of stars aligning for anything more than sitting on the couch seemed unlikely.

Being from a small town and discovering the magic of MTB at a young age I was surrounded by a close-knit riding group, frequent episodes of Drop In and sketchy local spots. This drew me right and I knew this was my thing from then on. I grew up watching ROAM and the Disorder movies over and over, eventually shifting to web edits, studying and picking apart my favourites over the years and I always wanted to shoot a project on home turf that really shows the roots of where my passion for riding came from. I’ve shot many web edits over the years on my little jump spots but never told much of the story of how they came to be but this spring the stars truly did align for that story to be told. 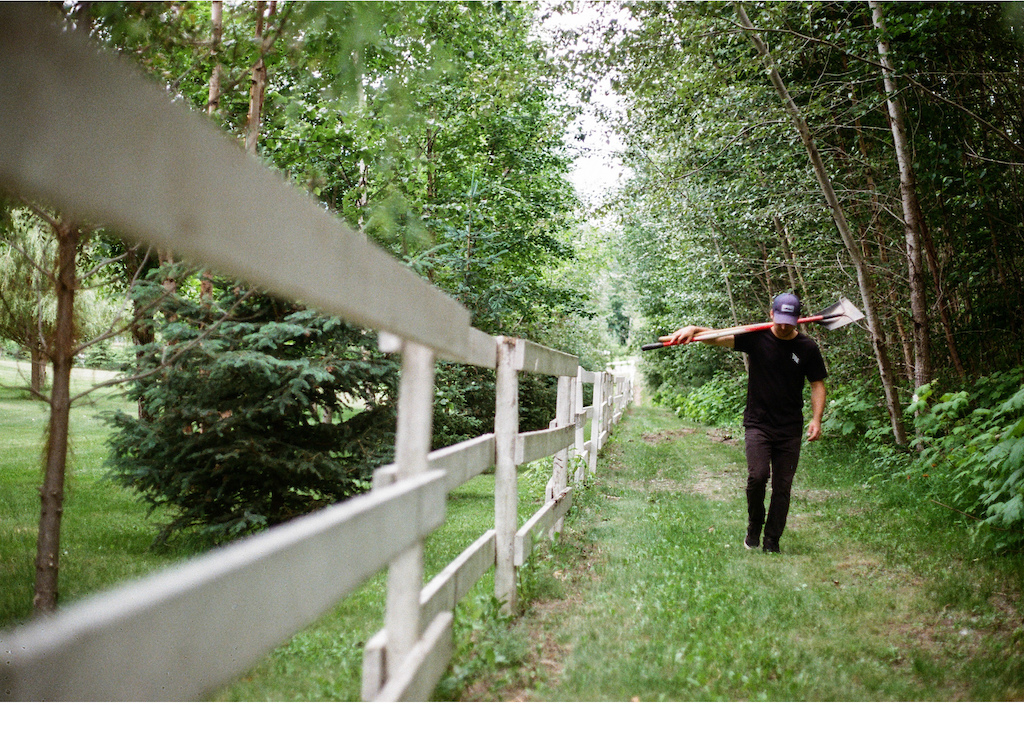 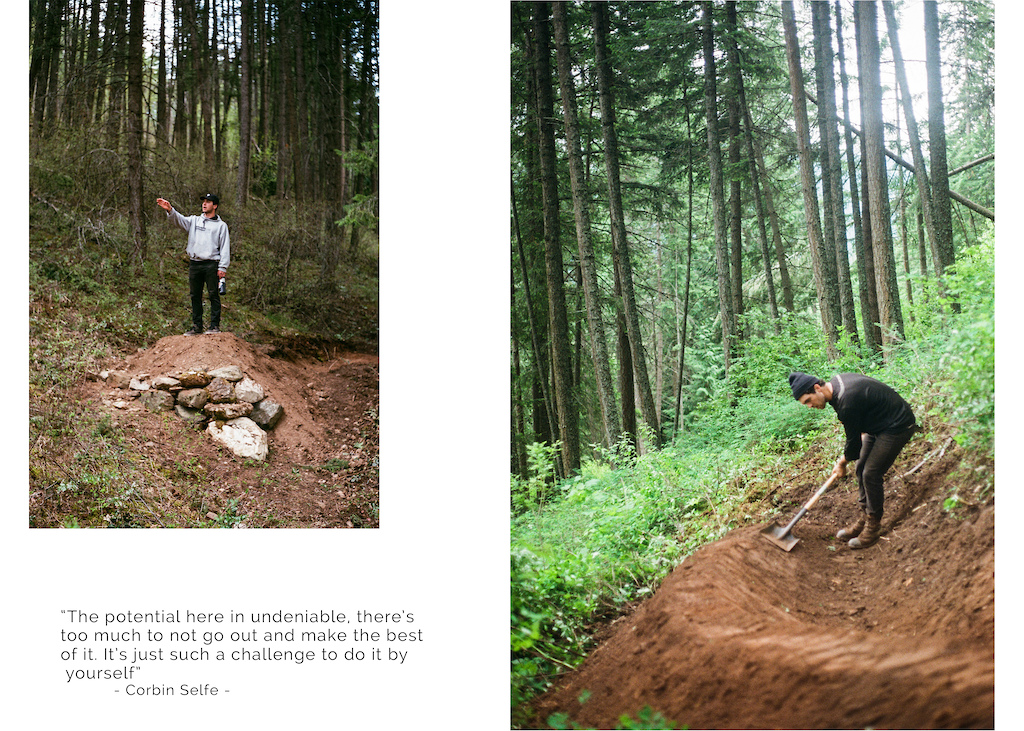 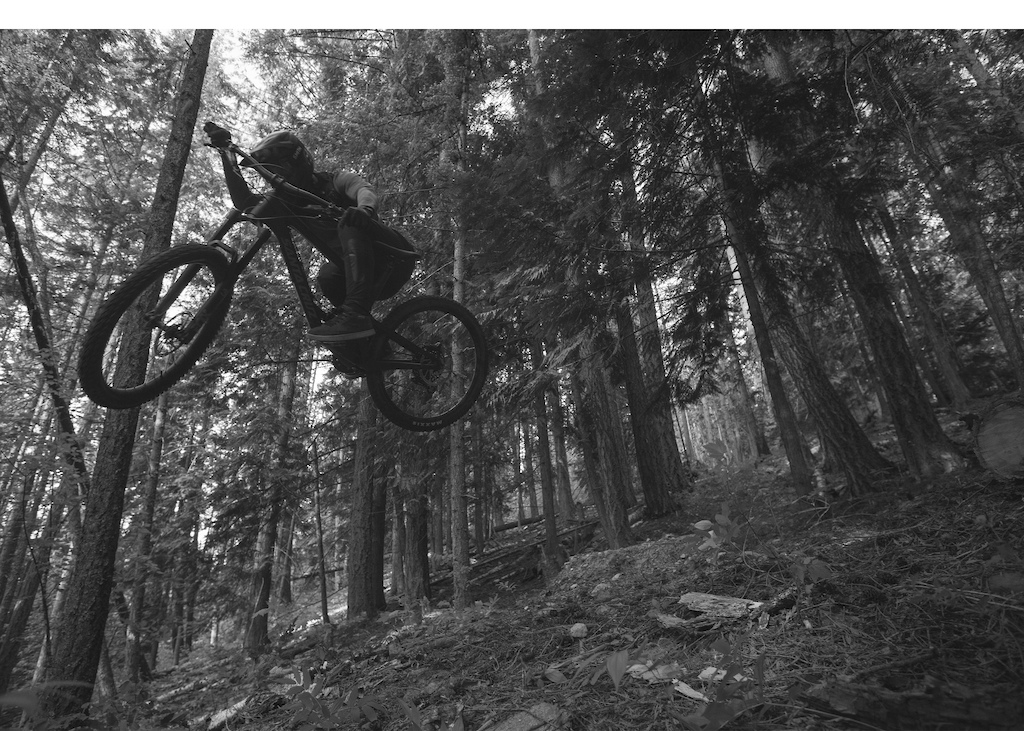 For the past 4 years, I’ve been wanting to work on a project that would stand out: custom builds, quality video production, story and depth: the whole package. However, it was clear very early on this idea would be a huge undertaking. When I discovered mountain bikes, there was a ripe young riding scene in the town, but that died off and at this point I was the only one with no real local trail network or jump spot to feed off. On top of working full time, getting injured, winter and time, this idea for the project felt like just a crazy idea, too much of a stretch.

And then there was a global pandemic. 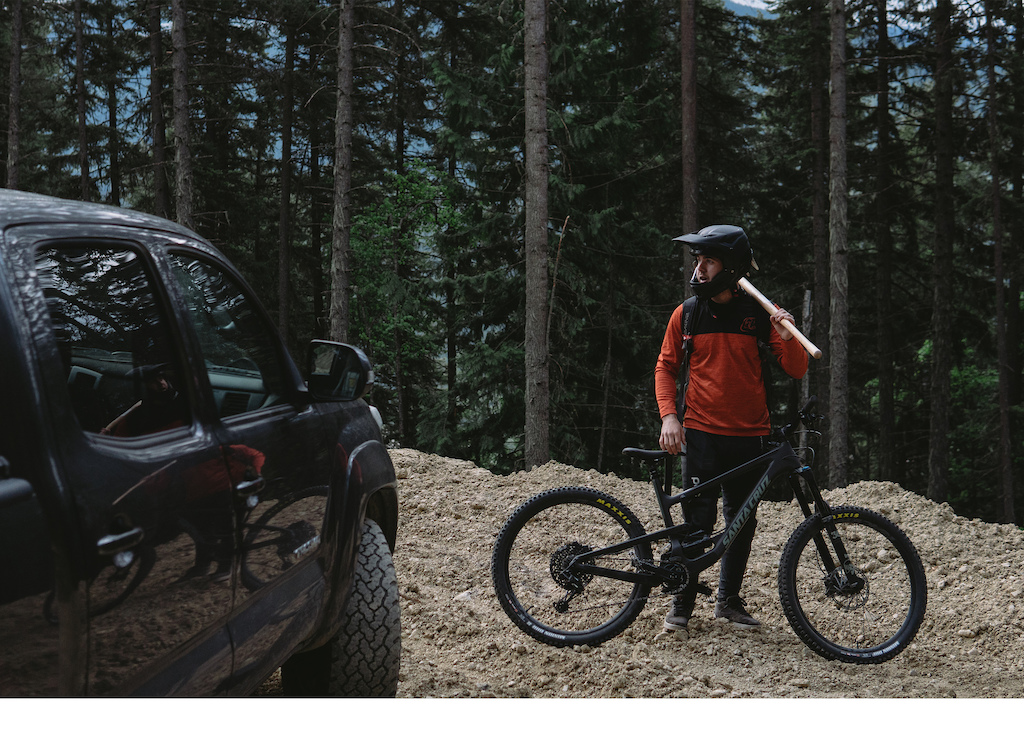 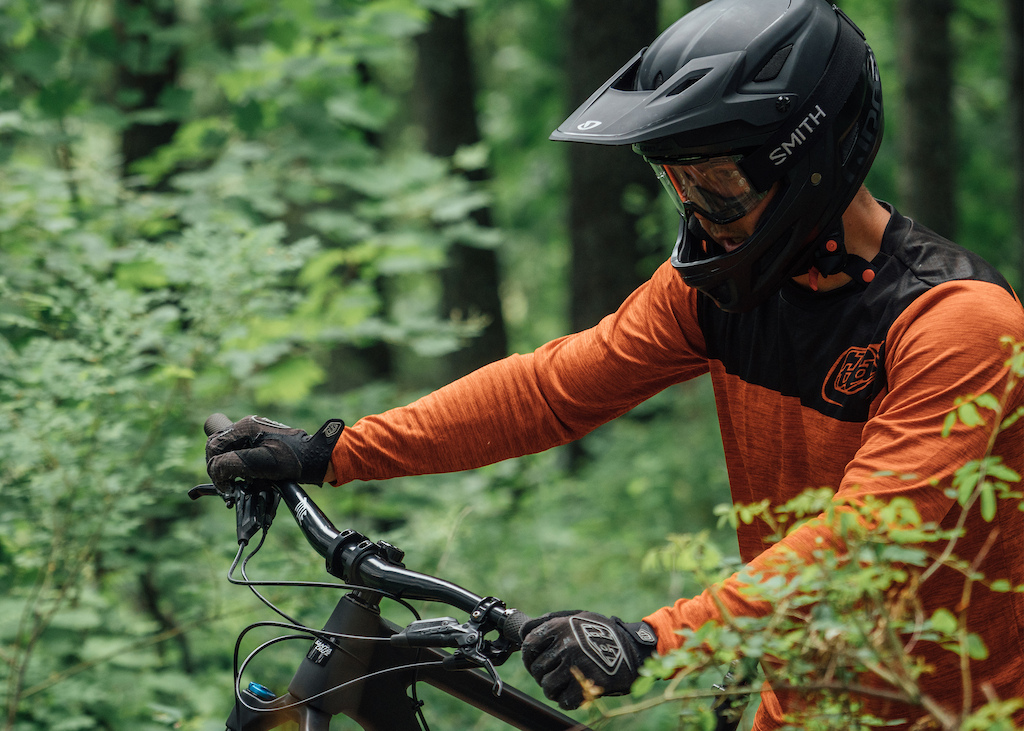 When this pandemic that everyone is now well aware of hit, it meant for me and everyone else that everything was put on pause, work, social outings, travel. It was around this time in Spring that my good friend Simon Mclaine was returning from a visit in his homeland of Tasmania. Simon and I met randomly on a chairlift in Revelstoke a few years back and immediately clicked, shooting a short ski film and frothing over bikes, cameras and good times so the tone was already set for creating. We were already throwing the idea around of another video, in my head I wanted this big idea to come to life but I knew not to expect anything. I would have been happy just getting out in the woods with a camera and some bikes at that point.

With the world in lockdown, I retreated back home to Sicamous to for the Covid lockdown. The silver lining came early, I went out with a few tools and started to revive some of my old jumps and trails. Just me in the woods by myself. I managed to renew the first trail I ever rode (just in time before getting logged) and realized I actually made some progress. Then the next trail. Then the next jump line. After a few months, I had a few different spots, fresh and never ridden or filmed. 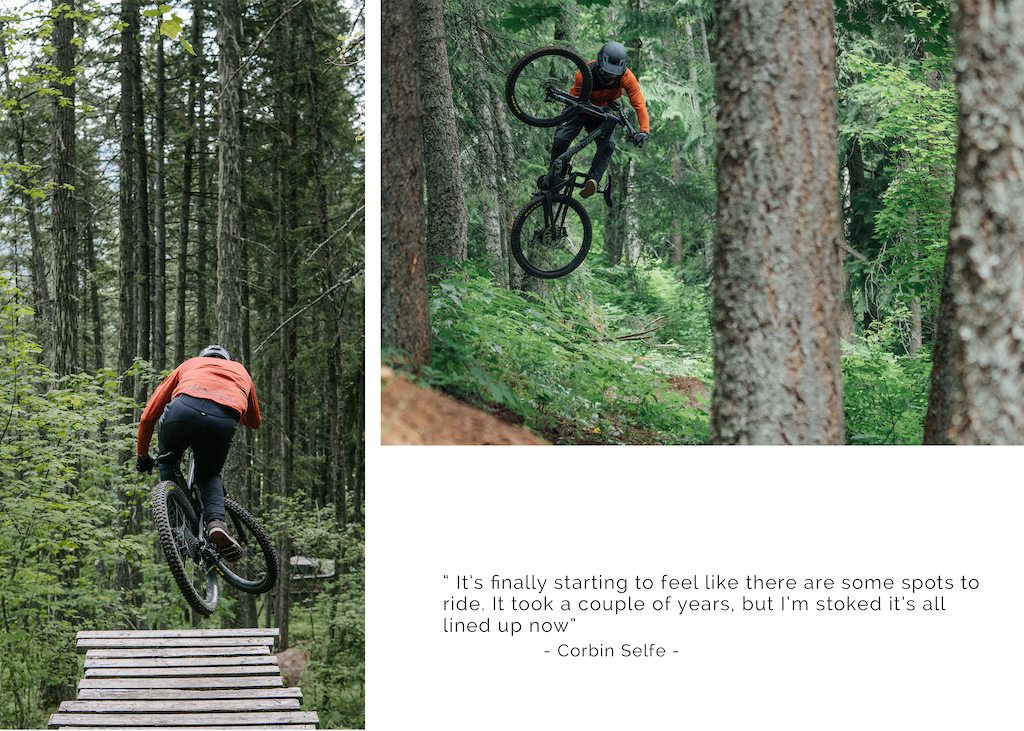 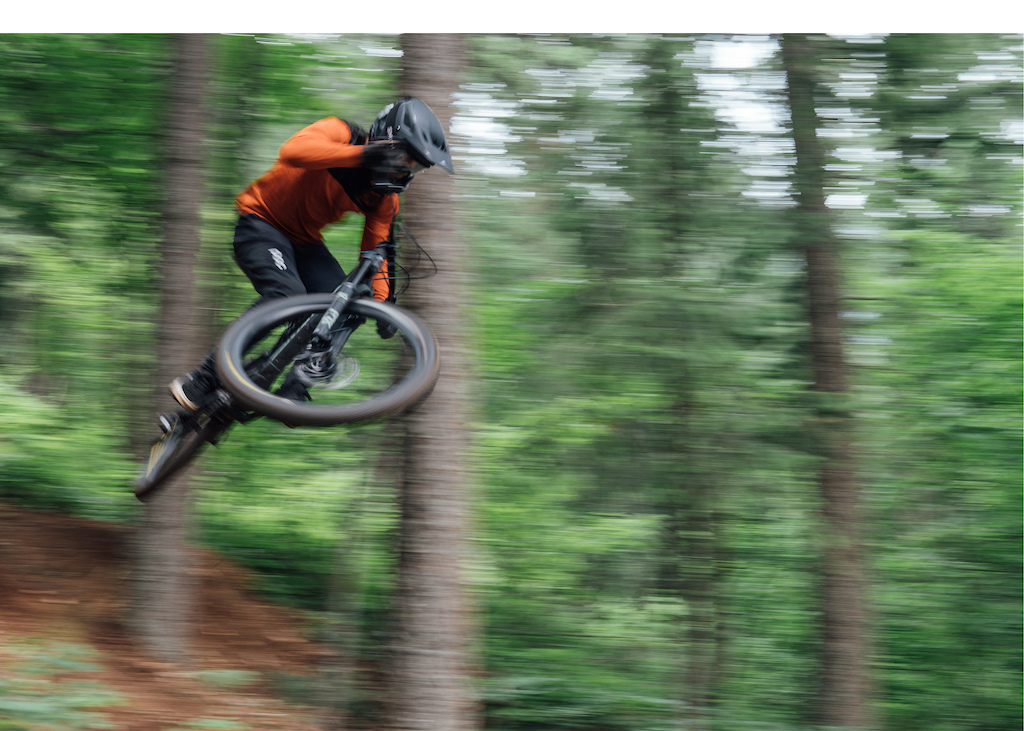 I kept Simon in the loop the whole time. I think he picked up on the vibe that this could be more than a shredit in the woods. The previous season Simon had worked on a Dirt Diaries project with Tom Wilson, a talented filmmaker based out of Vancouver and decided to reach out. As Simon put it “Dude you’ve gotta link up with this guy”.

I got his number and made a call. I had no idea what he’d say to a random guy, no sponsor support, no build crew, nothing about coming out to film a video part style project on a whim in the middle of a pandemic.

This is where the stars aligning comes in. 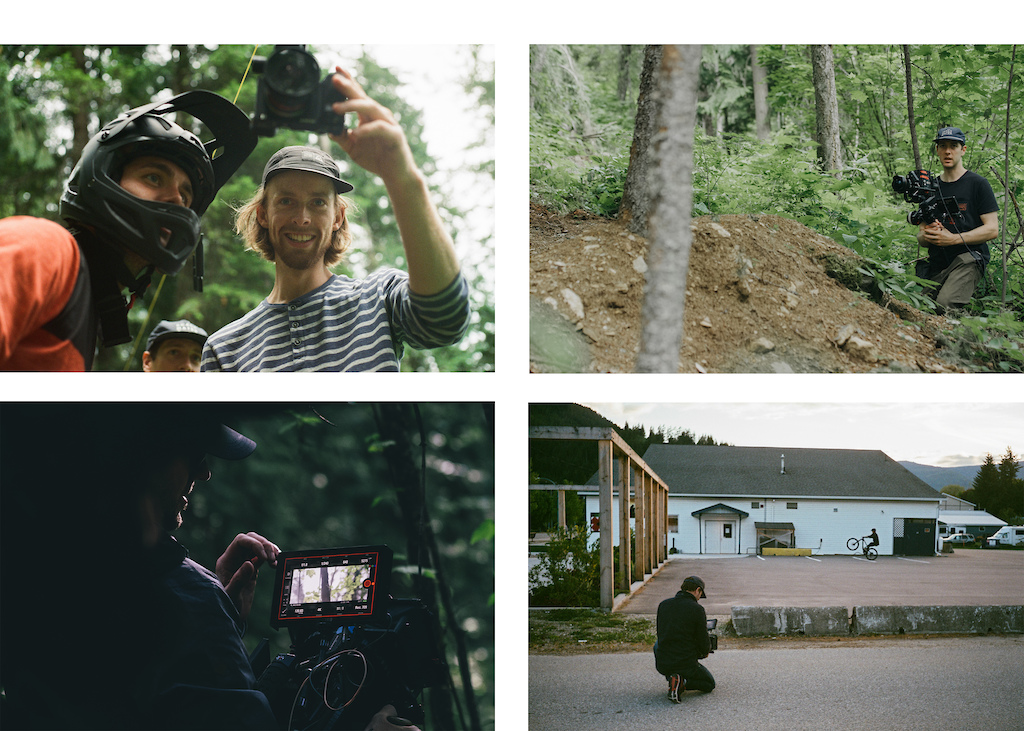 Tom was so fired up. He was all in, stoked to work on something he was passionate about: showcasing mtb in the best form possible. I couldn’t believe it, but I was stoked. It progressed even more, with Tom working for Entyre Media in the city shooting commercial film projects he mentioned he’d talk to his boss, Thomas about what we had going on. Then he jumped on board. At this point I was buzzing.

With a few months of hard building done we all linked up and the magic happened. With a common vision, enthusiasm and an immense amount of creative talent between the crew we had free run on a few trails to do our thing.

For me I’ve come to learn over the years of riding, competing and shooting that after it’s all said and done the best part of it all is sharing the good times we have on our bikes with our friends. I’ve been lucky enough to meet friends from all over the world through riding my bike and it’s one of the things I’m most thankful for in life. This project was an amazing example of that, and to get together and capture these good times was the cherry on top of going against the grain to make it happen. 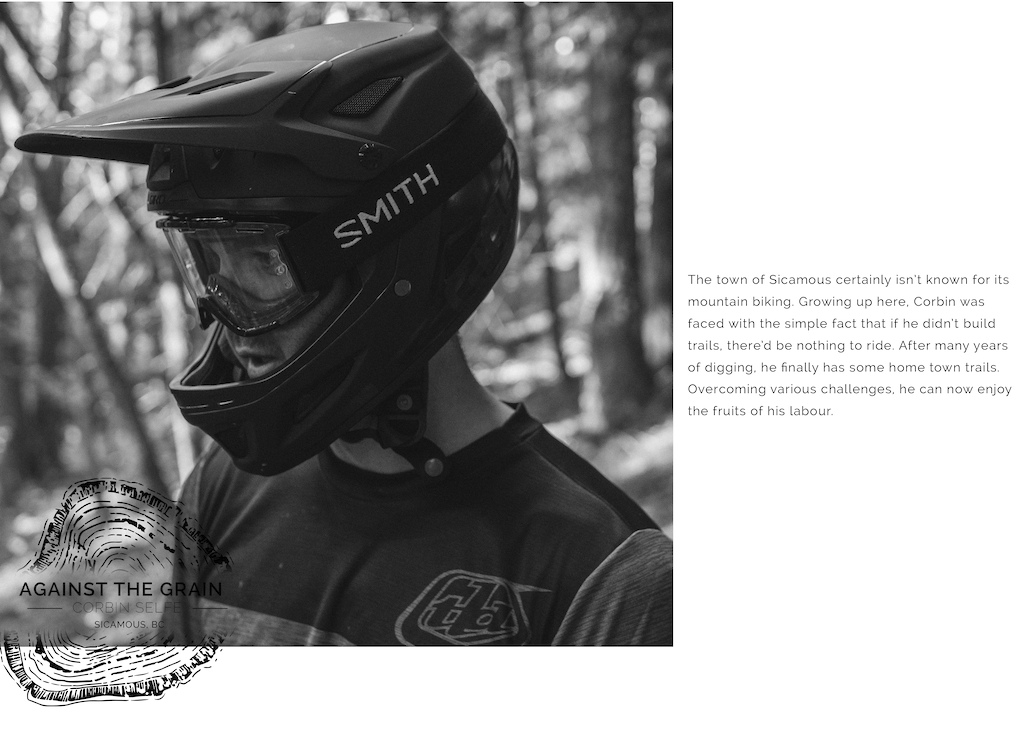 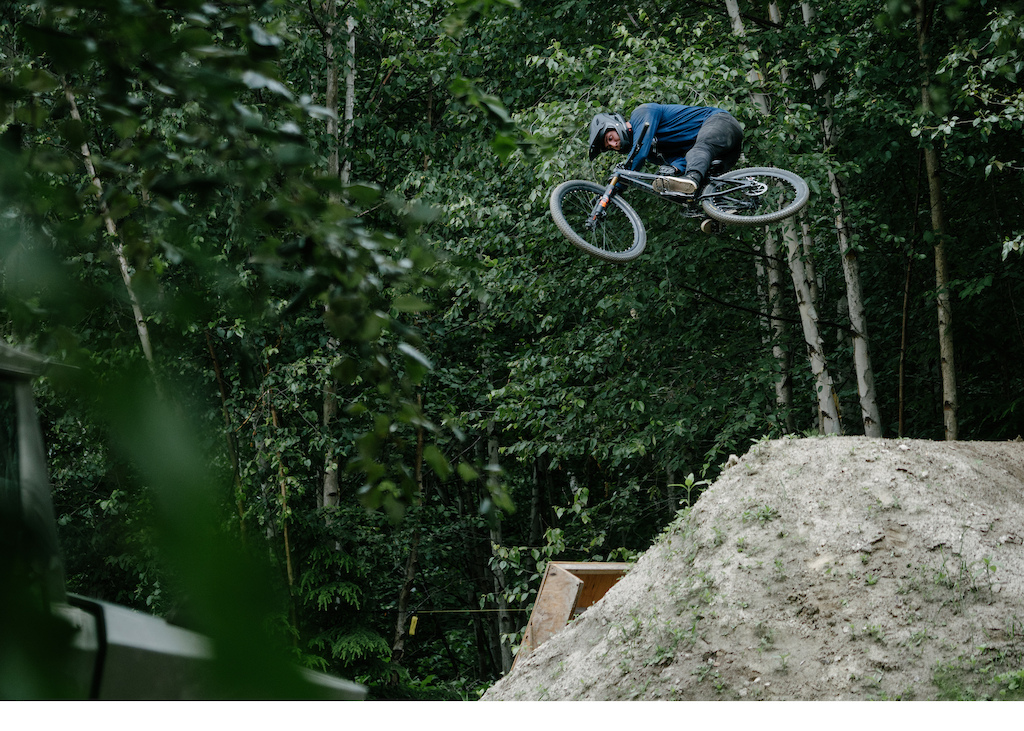 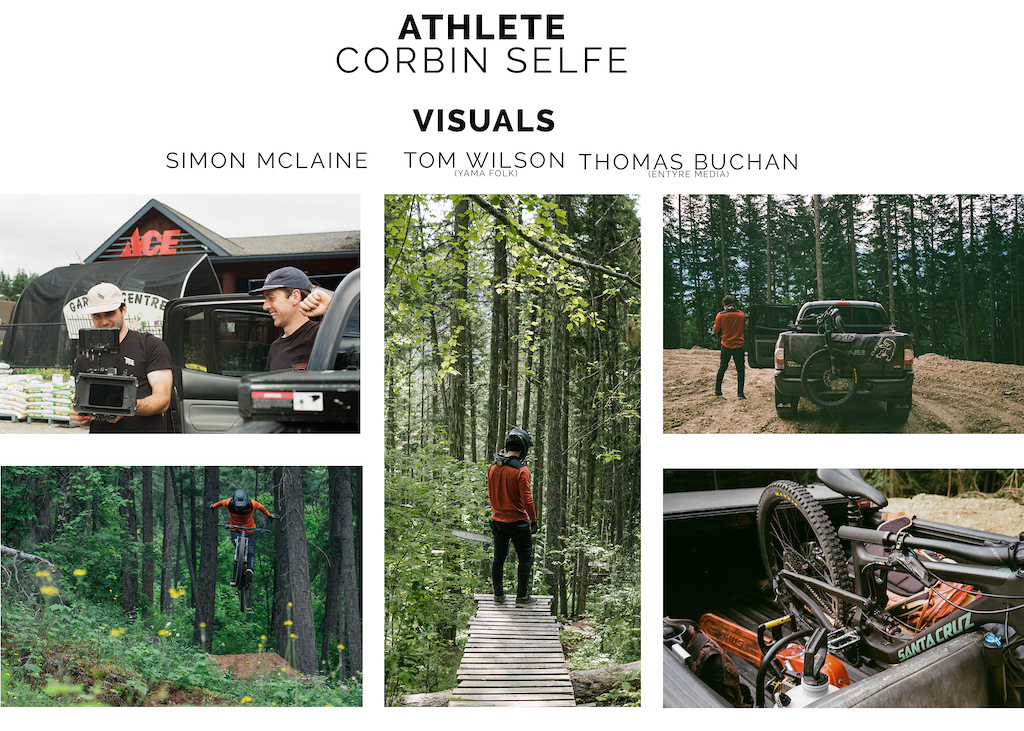 won-sean-animal-chin (Oct 25, 2020 at 6:10)
Quality stuff! Every time i drive thru sicamous i imagine there must be some riding there. It looks too good not to have good riding. Well done. I bet you've grown the scene more than you'd imagine

andrewbikeguide (Oct 25, 2020 at 14:41)
@NMK187 ideally one works with the local trail advocacy group, ensures permission from the land owner, submits a proposal to the right authorities (if required) and then builds the trail as proposed.

In real life a lot of trails start because someone, or their three mates, walked and then developed a line in the woods (normally as it is easier to keep it hidden during the build stage) with no obvious entrance or exit. Eventually they cannot keep it a secret any more (want to tell/ share their creation or someone just stumbles across it) and if it is good enough and any issues relating to the lack of planning (normally land ownership) can be resolved it may be adopted and incorporated into the local trail network.

These kind of trails are slightly frowned upon as their presence and any potential blow back from riders getting injured on them can discourage the various land owners from granting build permission for future projects.

Don’t waste your time digging and then asking permission. Our government has over $300 million set aside for trail building in 2021, so much easier to submit a proposal and build something that the government will pay to maintain in the future than dig and let it decay or have it closed to you.

waiting for my cheque from the government.

your got it close to right but on going maintenance tends to fall on the shoulders of the trail association. It is much easier to find money to build than maintain.

Jvisscher (Oct 26, 2020 at 10:35)
@JoeDick: correct. We got $100,000 last year here in 100 Mile for the blue machine built flow trail Hustle and Flow. But we have to maintain it. Williams Lake is still building new trails but a lot of their old ones have been almost decommissioned due to wood work etc. I guess the good ones get looked after and the not-so-popular ones are abandoned. Wait your turn on Fox Mtn was an example of that.