2020 and 2021 have clearly been abnormal years for racing, but amid the abbreviated race seasons, uncertainty, and shifting priorities for riders, some athletes not only maintained their fitness and skills but found new motivation, drive, and focus. For the below riders, some of whom had their first chances to really show what they could do at the world level, 2021 was a year of immense growth and their time to break through to the next level.

After their performances this season, all of these riders are now favorites as we look ahead to 2022. 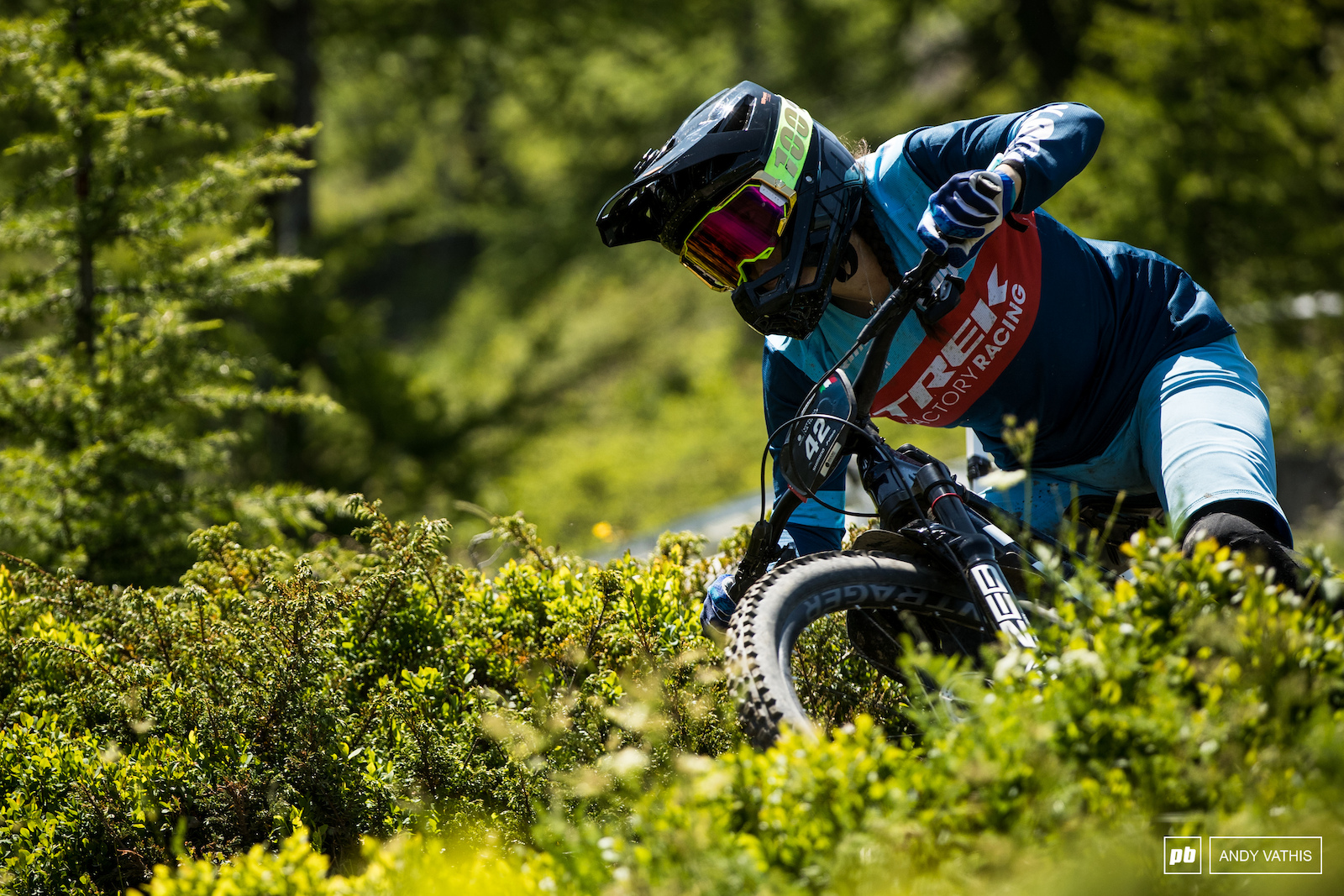 After some of Hattie Harnden's performances as a U21 rider, we know she would do big things. Still, we didn't know she would win two EWS races in a row during her first season in the elites, becoming the youngest-ever elite women's EWS winner at just 20.

Not only did Hattie race the full EWS season, but she also raced several U23 World Cup cross-country races and is now gearing up for her winter cyclocross season. She rides all kinds of bikes, and she rides them well, nearly always with a smile on her face.

Her first win came at the second La Thuile race this season, which featured steep, rocky tracks - Hattie's favorite type. At the next stop, in Loudenvielle, Hattie dominated the Queen Stage by 20 seconds, pulling ahead of Noga Korem and Isabeau Courdurier who had won the previous stages. When the dust had settled on the EWS season, she was sitting fourth.

Regardless of what discipline(s) Hattie chooses to race in the future, it's safe to say we will keep seeing big things from her. 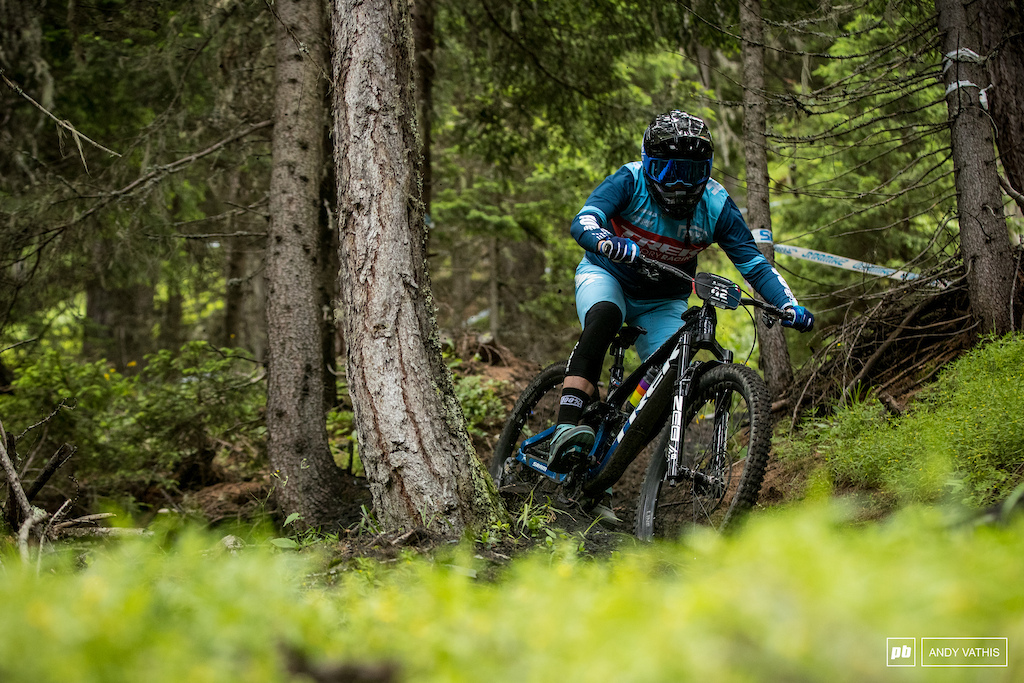 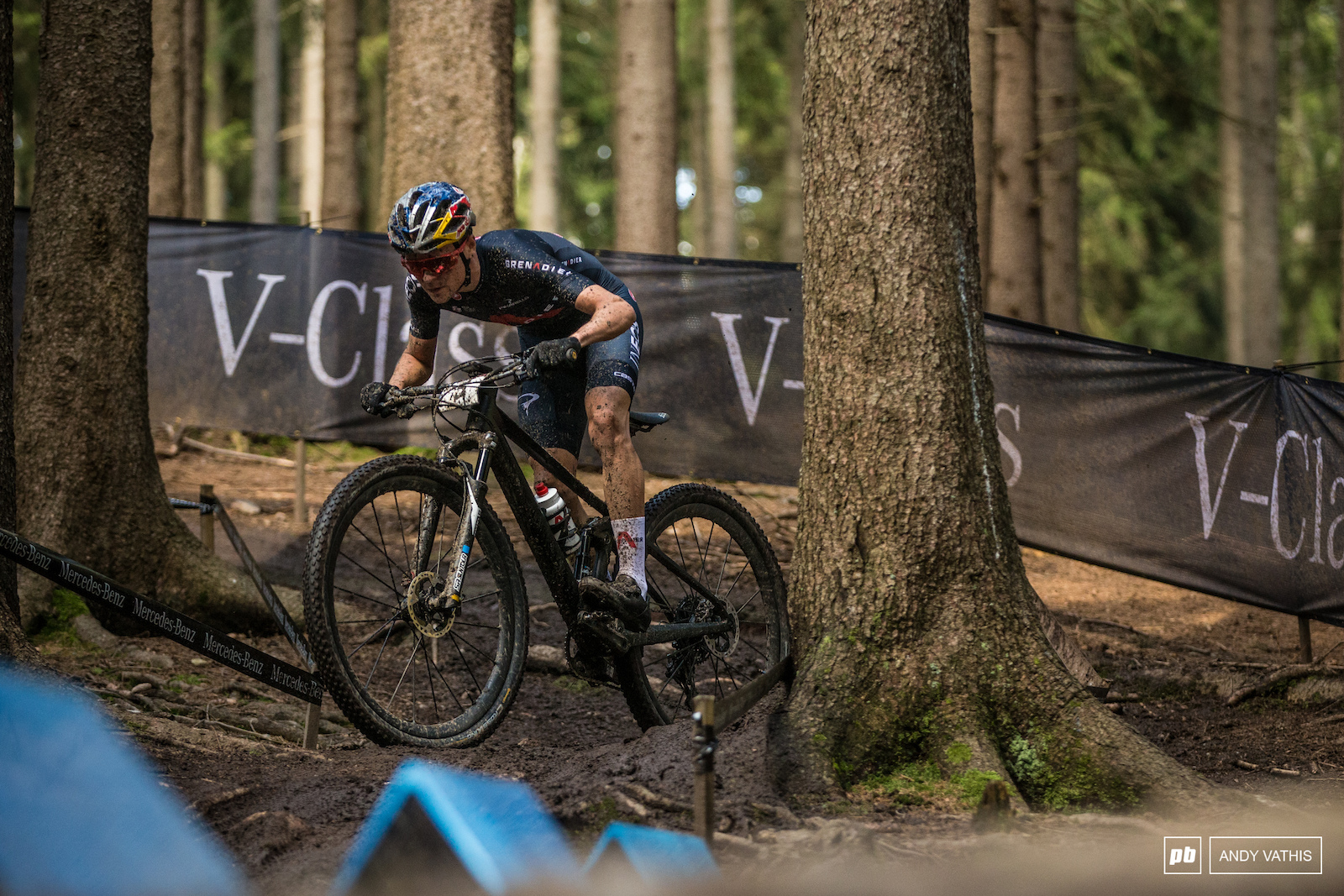 This time last year, we nominated Tom Pidcock for Athlete of the Year after he took the U23 field by storm despite having never raced an elite mountain bike race before the season started. "If he was a country, he would have finished second in the medal table, with only France ahead of him," James Smurthwaite wrote of Tom's 2020 U23 season.

This season, however, Elite Tom Pidcock has dwarfed U23 Tom Pidcock's achievements, starting the season on the 11th row of the start grid in Albstadt and fighting up to fifth place, and only improving from there. At the next race in Nove Mesto, he took the win by an entire minute over Mathieu van der Poel. Then, even after breaking his collarbone, he went on to win the Olympics. If that's not a commanding season, I don't know what is.

He's also just 22 years old and a phenom on curly-bar bikes as well. It seems he has decided to focus on mountain biking for the time being, but he'll continue to develop in his other disciplines as well, bringing a breadth of experience on the bike that is uncommon at any age. 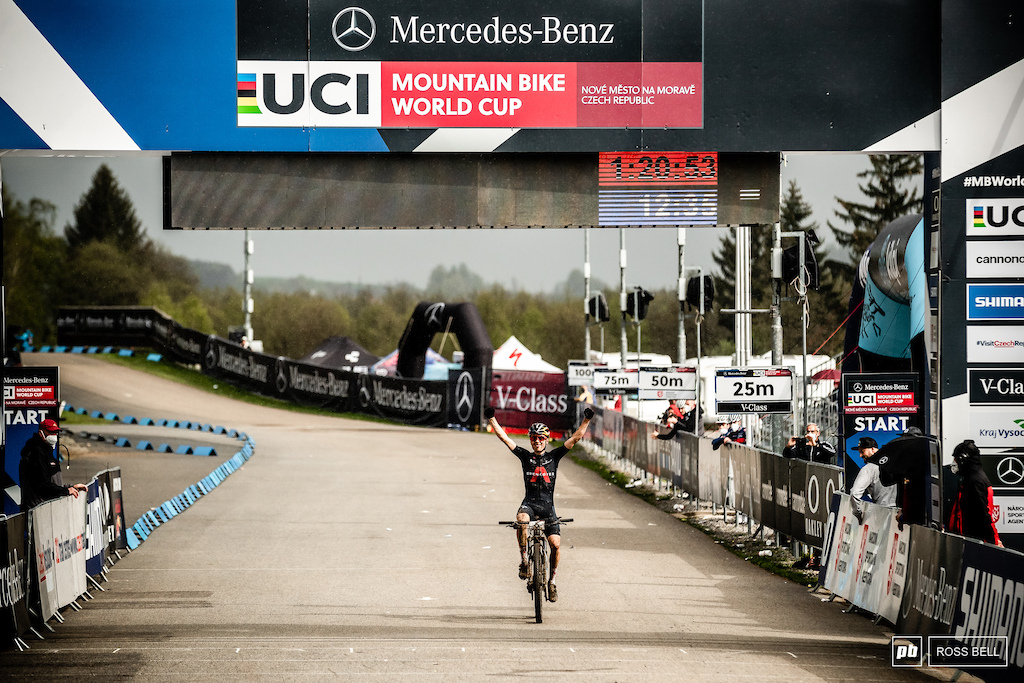 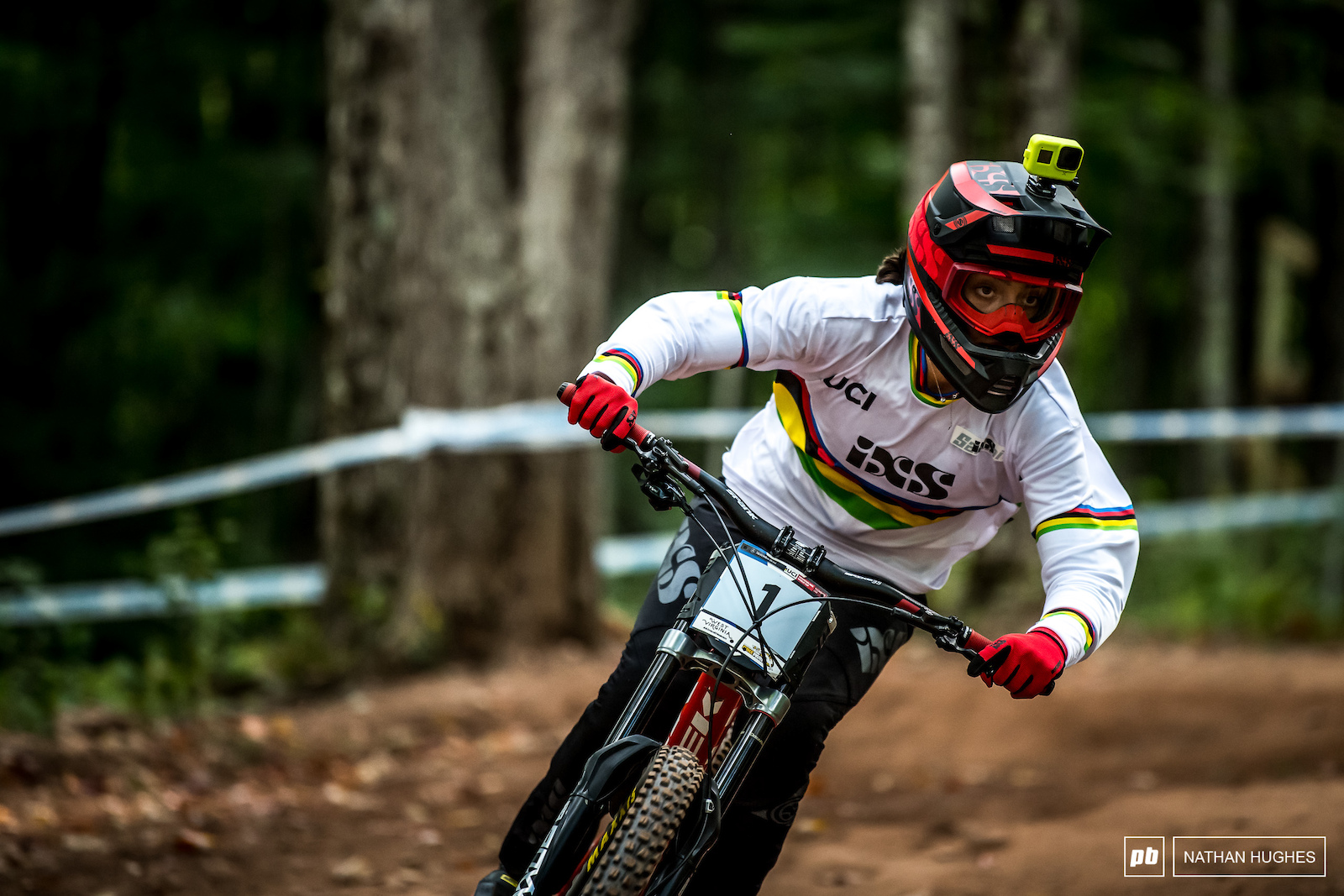 Downhill's next big name
Why she's nominated
In years past, we've watched Vali Holl match the times of the elite women and speculated about what would happen when she was among their ranks. Now that we've watched Vali take her first two elite World Cup wins, it's time to move on to talking about another up-and-coming junior female: Izabela Yankova.

The Bulgarian rider hit her stride midseason in Val di Sole, taking the World Championship win - becoming the first Bulgarian cyclist of any discipline to win a World Championship event - and continuing that streak to win the next three World Cup races, first in Lenzerheide and then twice in Snowshoe, and she's just getting faster.

Her times slot her among the ranks of riders like Eleonora Farina, Millie Johnset, and Monika Hrastnik. At just 17 years old and already riding at a pace to keep up with factory pros, we're quite impressed. We're also pleased to see that she's fielding team offers for next season, so we look forward to seeing her on the course with some more support next year. 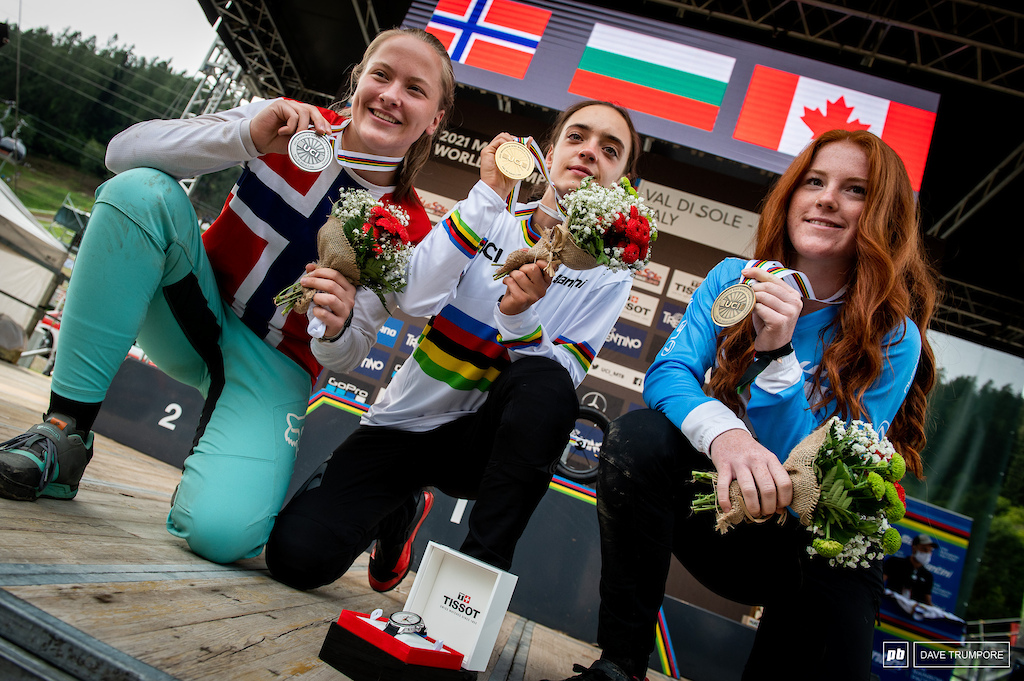 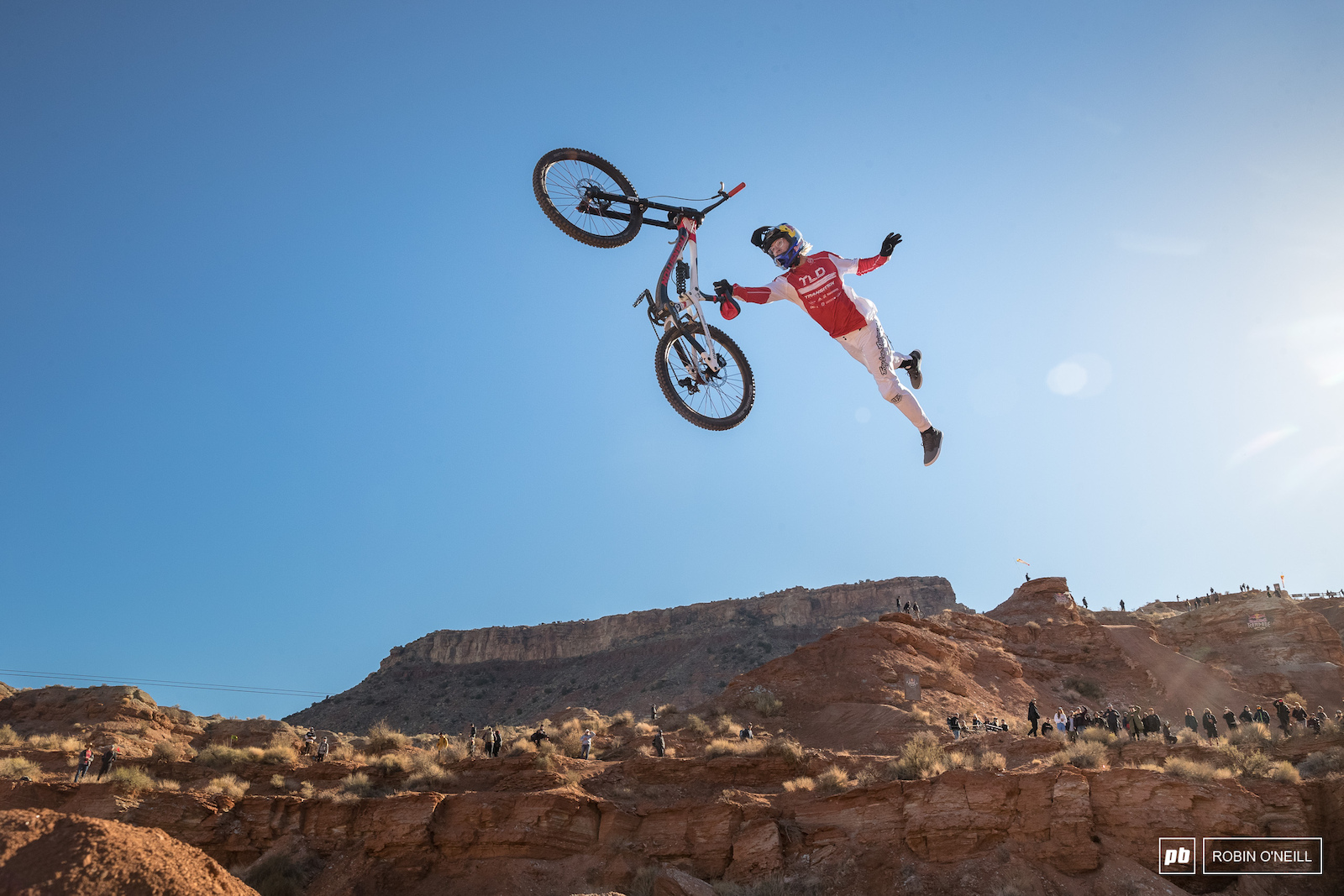 Why he's nominated
19-year-old Jaxson Riddle hasn't exactly been incognito in the freeride scene, even earning himself a Red Bull helmet in 2020. Still, he solidified his name in the history books this fall by becoming the fan favorite and winning the Best Style award at Red Bull Rampage.

Jaxson is a Utah local whose moto background shows in the way he brings creativity and ridiculous style to big mountain lines on his downhill bike. Although this year was his first Rampage, he rides with more familiarity with the Utah lines than almost anyone else, and seems to see lines that no one else can dream up. The young rider is relatively new to mountain biking, first picking up a downhill bike when he was 15, but he started sending it quickly and hasn't stopped. If his past progression is anything to go by, he has tricks up his sleeve and in his future that haven't even occurred to the rest of us.

Jaxson deserves a sincere congratulations for his Rampage performance. The future is certainly bright. 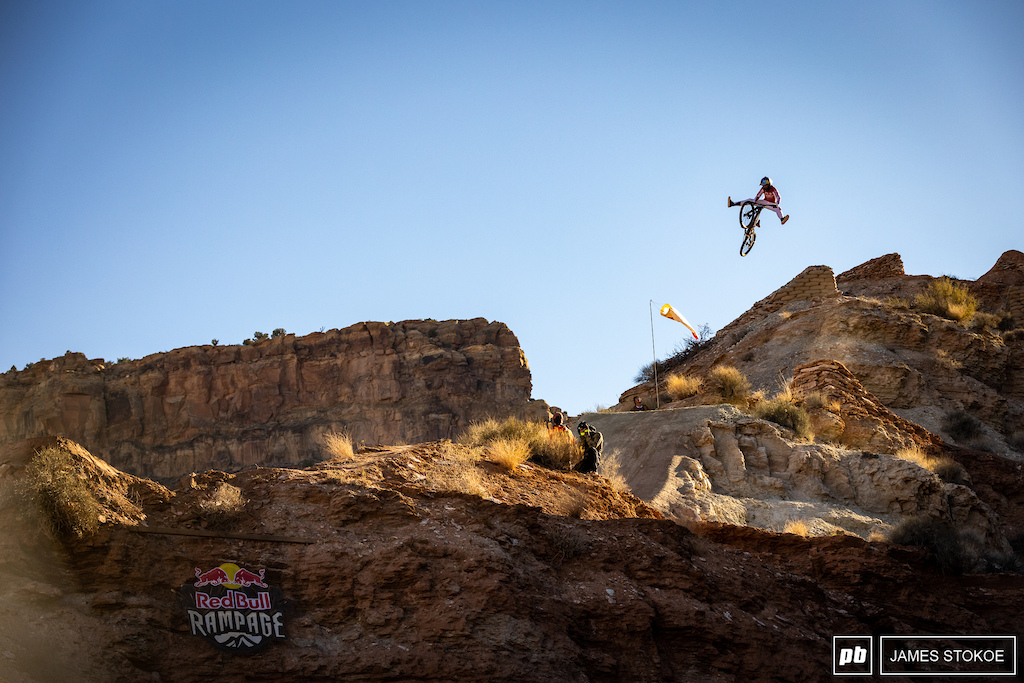 edthesled (Dec 17, 2021 at 11:39)
What about Thibault Daprela? Dude blasted into the elite WC rankings like Macklemore walks into a club

5poundplumbbob (Dec 18, 2021 at 5:37)
Absolutely.. Daprela should be on this list way before Pidcock. We all knew Pidcock was going to basically dominate.

EthanIsAFish (Dec 18, 2021 at 11:13)
He surely wouldn't fall under the category of breakout rider. The lad has been known about since he popped out the womb doing backflips.

onemanarmy (Dec 17, 2021 at 11:32)
Pidcock. That's kind of a no brainer. Riddle is dope but anyone that's been paying attention knew what was coming. Now had he won rampage... then we'd be talking. Goldstone should be on this list too.

MTB racing is relatively new to him though... think 2019. Fact the kid won the olympics like 7 weeks after he got hit by a car and broke his collarbone... and had to do it coming from the back of the pack... crazy.

noakeabean (Dec 17, 2021 at 11:05)
Jaxson Riddle. Absolute legend. I watched him first hand at proving grounds and he's just a boss

BikesNRussets (Dec 17, 2021 at 13:21)
I wouldn’t call him a breakout rider, because he has been a big name for a while. Rampage just elevated that name more, he still definitely got robbed.

Muscovir (Dec 17, 2021 at 13:08)
Gotta give my vote to Jaxson Riddle. He went huge at Rampage. His Moto-style Big-Air tricks was honestly some of the most stylish riding I've ever seen. I'd have liked to see Brage Vestavik here too. It wasn't actually a breakout year for him, but it feels like this time around last year he was only some freeride dude who made cool edits and who had done decently in Junior DH Wordlcups once or twice. Now, after X-Games Real MTB and Redbull Hardline, everybody knows the Viking. Seems like he basically made it to legend status in one year.

hamncheez (Dec 17, 2021 at 11:51)
What about the young fella Greg Minnaar? I don't think he won a world cup this year, but he was world champ! I see great things in that kids future.

Grunk (Dec 17, 2021 at 11:10)
Jaxson. Young dude with a standout run. We expect lots of spinny mcflippy things in Rampage now...but he brought a style no other rider had.

ProjectPrivateer (Dec 18, 2021 at 4:36)
I hoped to see Sławek Łukasik here. Consistently in EWS top 10 and regularly beating most established factory team riders as a privateer. Big oversight from my point of view.

vbsorin (Dec 17, 2021 at 23:59)
In my opinion Izabela is the winner here. Keep in mind that she raced without any factory support and she managed to win the overall. Special mention for Jaxson definitely the future of freeride.

dmd1986 (Dec 20, 2021 at 5:01)
Must be Izabela cmon, she did 5 out of 5.
World Cup overall + champ
European overall + champ
Also national champion in Bulgaria and obviously would have been overall if she wasn’t busy doing WC racing.
And also, all the was done as a privateer, I do not recall this thing happening in the history before.

chmurka3rg (Dec 18, 2021 at 4:50)
Izabela Yankova! Haven't really heard about her till this year. She was killing it this year, and notably, as a privateer!

5poundplumbbob (Dec 18, 2021 at 5:35)
I don't think Pidcock should be on this list as we could all kinda see that coming . This list should be just for the dark horse.

spottba (Dec 17, 2021 at 11:43)
I mean they are good riders, but all they've done is get to the final stage of a gameshow. They haven't done anything to stand out at the professional level yet

luckynugget (Dec 17, 2021 at 11:30)
Jaxson for sure. No disrepect to racers but they aren't putting their life and body on the line nearly the same way. The shit Jaxson is doing on a bike is so F'n clean on the eyes. Trying to ride the same generic trail as 1000 other people just slightly faster isn't really that game changing like the shit Jaxson is doing