9 2022 Team Changes That Flew Under the Radar

Jan 28, 2022 at 12:22
by Alicia Leggett
Share
Tweet
Now that the UCI team lists are officially out in the open and I've woken up to an inbox full of panicked messages from teams that didn't realize their secrets would go public today, we've been able to look at the team changes that flew under the radar this off-season. Some of the listings are non-news news: Miranda Miller is listed as possibly racing downhill for Kona (same with last year) and Dan Atherton is listed as a racer for the Atherton clan. (Again, same with last year, but the more exciting news is that we'll likely see Rachel and Gee return to the race tracks this year.) Still, a few team changes surprised us. Here are the names we saw (or didn't see) on the lists that made us go huh, interesting.

What was 555 Gravity Racing has become 555 Raaw Gravity Racing, with the makers of the Madonna and Jibb backing a World Cup gravity team. This, of course, suggests that there may be a Raaw downhill bike in the works. What's more, reigning British downhill national champion KJ Sharp has joined the team, replacing Calum McBain. 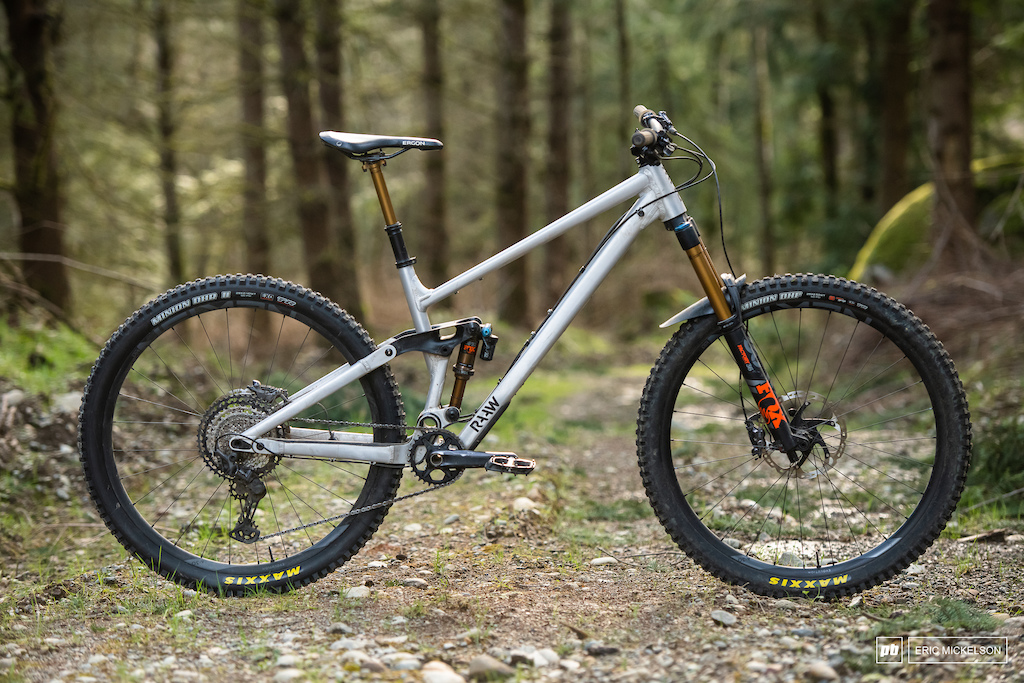 It seems like the makers of this sweet thing will be coming out with a downhill bike soon.

This one's a bit of a head scratcher, as Canyon and Pirelli announced the Canyon Collective Pirelli team just the other day with no mention of Lukasik, but he's listed with the UCI as part of the team. The best explanation I can come up with is that, since his most impressive results last year were at EWS events, he'll primarily focus on those as part of a different Canyon (and Pirelli?) program, but is nonetheless listed on the UCI roster with this crew just for when he does come race the odd World Cup downhill. Still, since he posted a goodbye to NS Bikes recently and has not yet announced a new sponsor, the news here is that it appears he'll be on Canyon going forward. 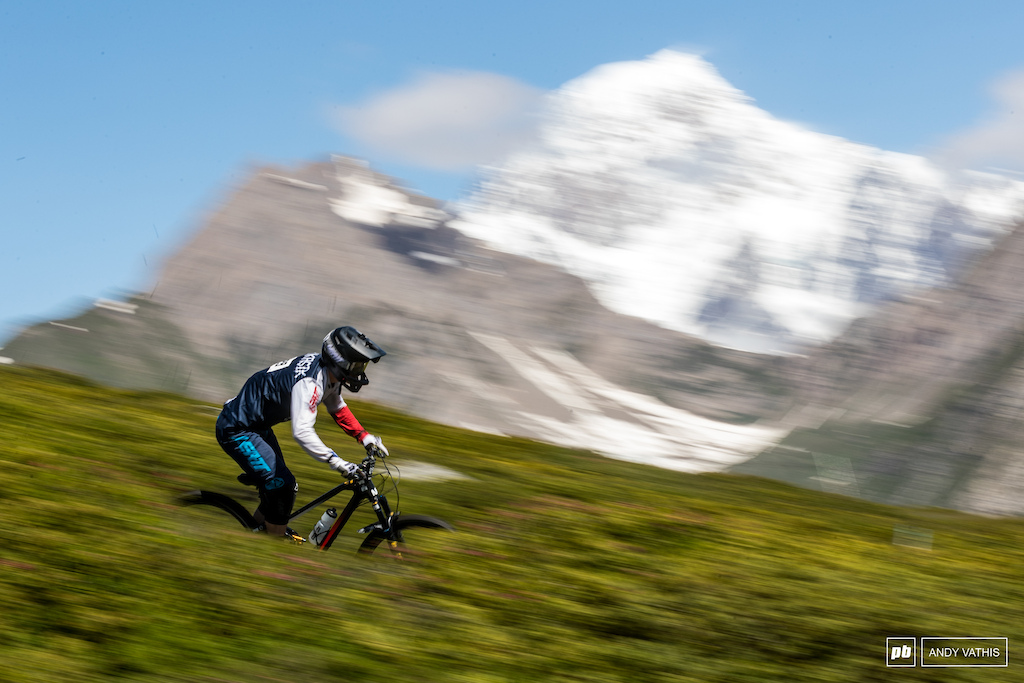 Wyn's Privateer of the Week from La Thuile last year seems to have earned himself a team ride.

Jenn Jackson raced as part of the Norco Factory Team for the last two years and has not yet announced her new sponsor, but it appears she'll be joining her fellow Canadians Emily Batty and Laurie Arsenault on Canyon MTB Racing. 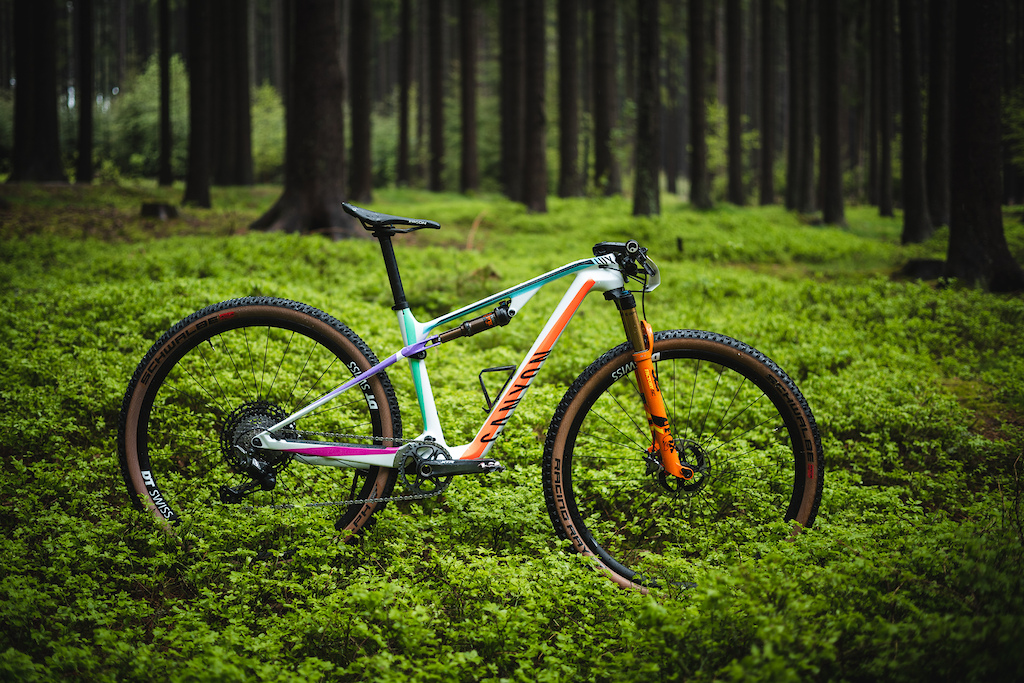 This one could be downright brilliant. I don't know what the big S has up its sleeve, but it appears it has formed a development team of sorts with a collection of up-and-coming gravity riders. While most of the riders on that list are mainly focused on enduro, having them registered as a UCI downhill team bodes well for seeing them take on a variety of races. Allan Cooke is a Specialized marketing guy as well as a great rider - will he be getting out on the race course? And then, of course, there's rising downhill star Izabela Yankova. It's great to see all these riders backed by this support, and it will be exciting to see where this team goes. 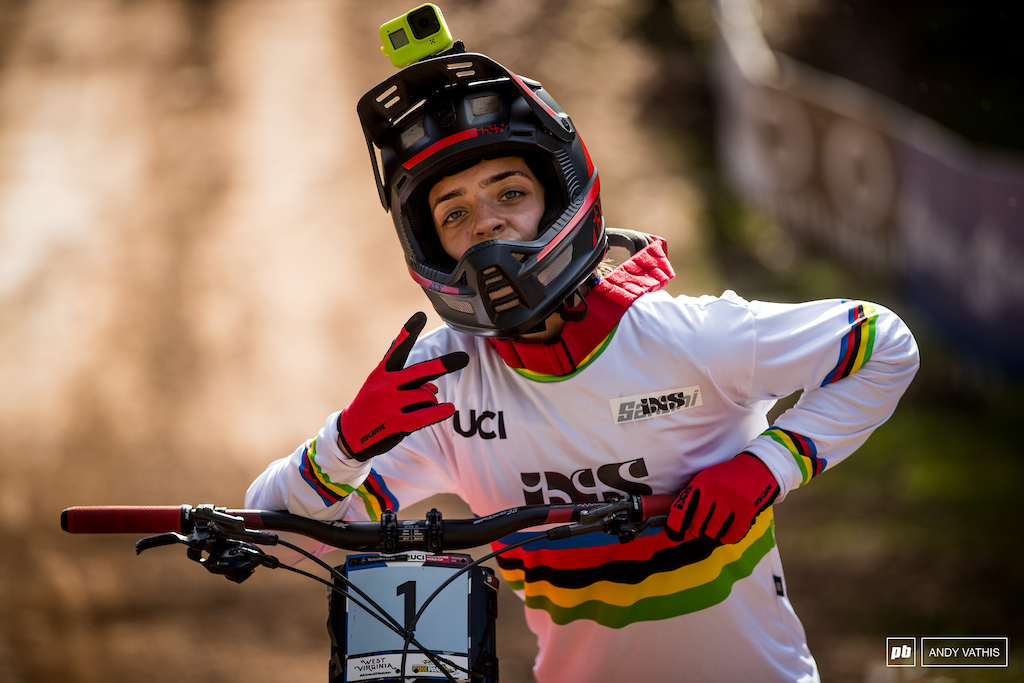 We heard about Tuhoto Ariki Pene and David Trummer being picked up by Mondraker, but Jacob Dickson hasn't yet announced his new team. The fast Irish rider has been part of the Giant Factory Off-Road Team since 2017 and has collected a handful of impressive results since then. Hopefully he can keep that momentum going as he moves forward to ride with MS Mondraker. 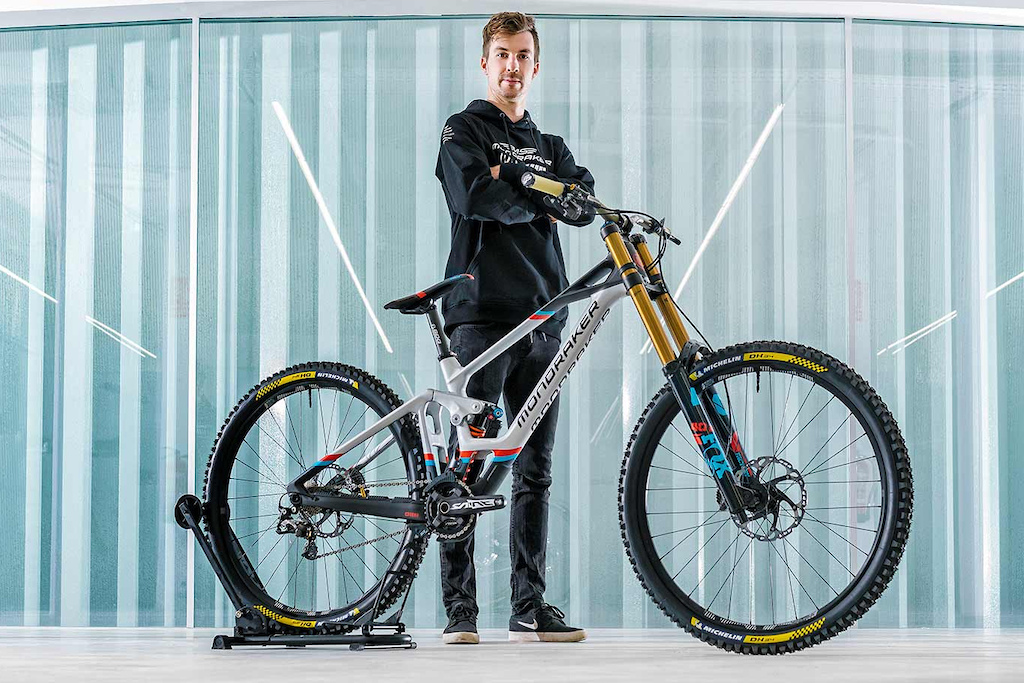 This team is a bit of a jumble with both the XC and the DH riders listed as a single team this season, but we can see that there's been a bit of reshuffling. Most notably, young BC ripper Gracey Hemstreet has joined the downhill crew, which is fantastic news after some stellar results from Gracey in 2021 at both World Cup races and Crankworx events.

Haley Smith has announced her departure from the team and has yet to announce her next move. She is not listed with any of the UCI teams. 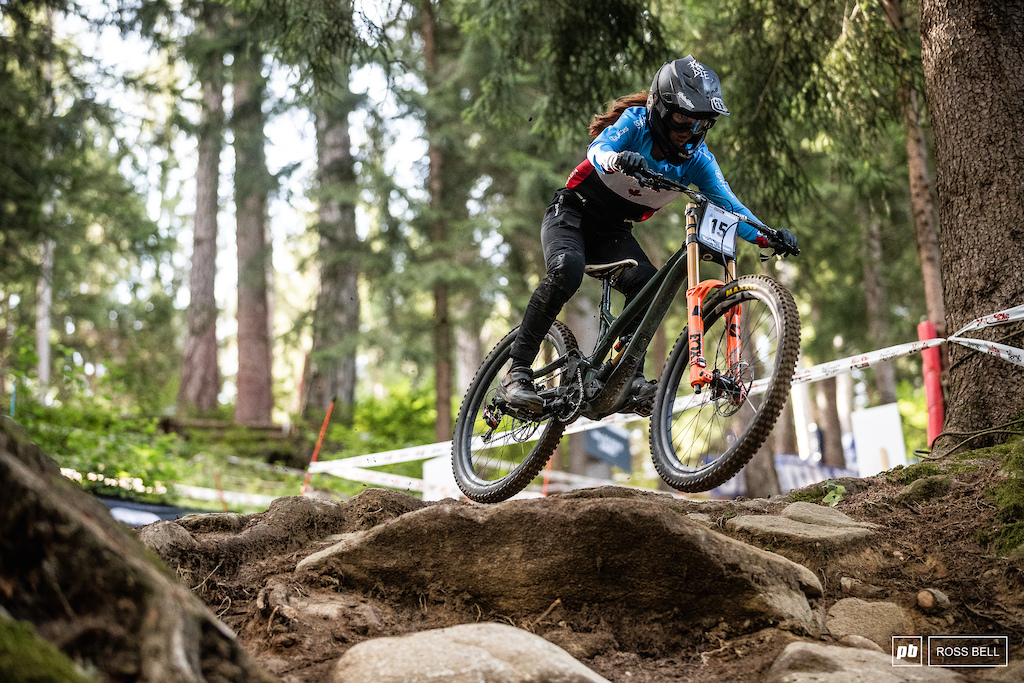 Gracey Hemstreet burst onto both the downhill and freeride scenes last year.

New Zealand junior rider Jenna Hastings made a splash in 2021 when she earned a series of podiums at Crankworx NZ. Now, she's signed with the Pivot Factory Team to take her skills to the top level alongside Morgane Charre, Bernard Kerr, Ed Masters, and Matt Walker (the southern hemisphere one). Emilie Siegenthaler is still listed on the roster, too, but we don't expect her to race World Cups this year after announcing her retirement from World Cup racing in 2021. 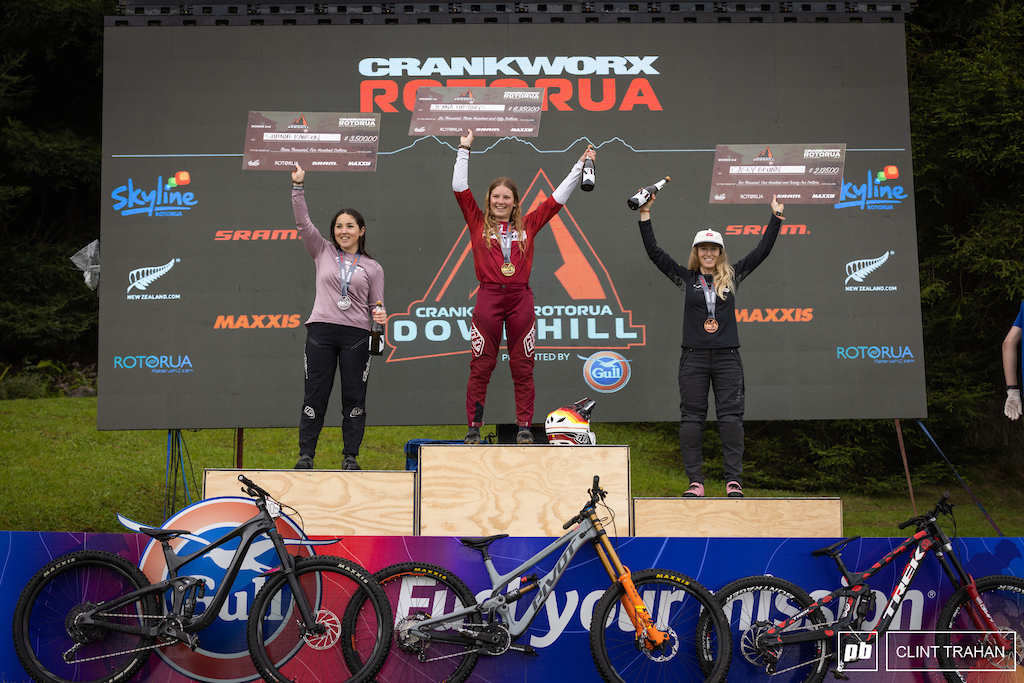 This team is a new addition for Propain, featuring Phil Atwill, who raced as a "free athlete" for Propain last year, plus young Greek shredders Ahthanasios Panagitsas and Sokratis Zotos. 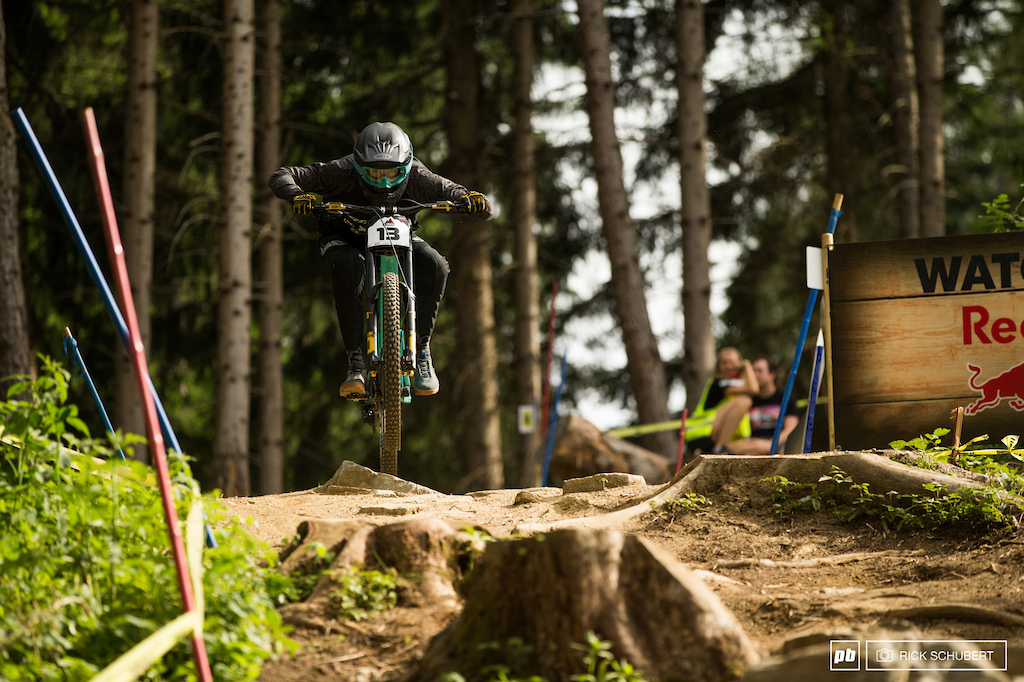 That team name is all smiles.

It's not clear where Ethan Shandro has gone or whether he'll be racing this season. He had a very unfortunate concussion in 2019 that continued to cause lingering symptoms in 2020, so it's concerning to see him off the team and not listed elsewhere. We hope he's healing up all right and able to chase whatever he wants to chase as soon as possible. 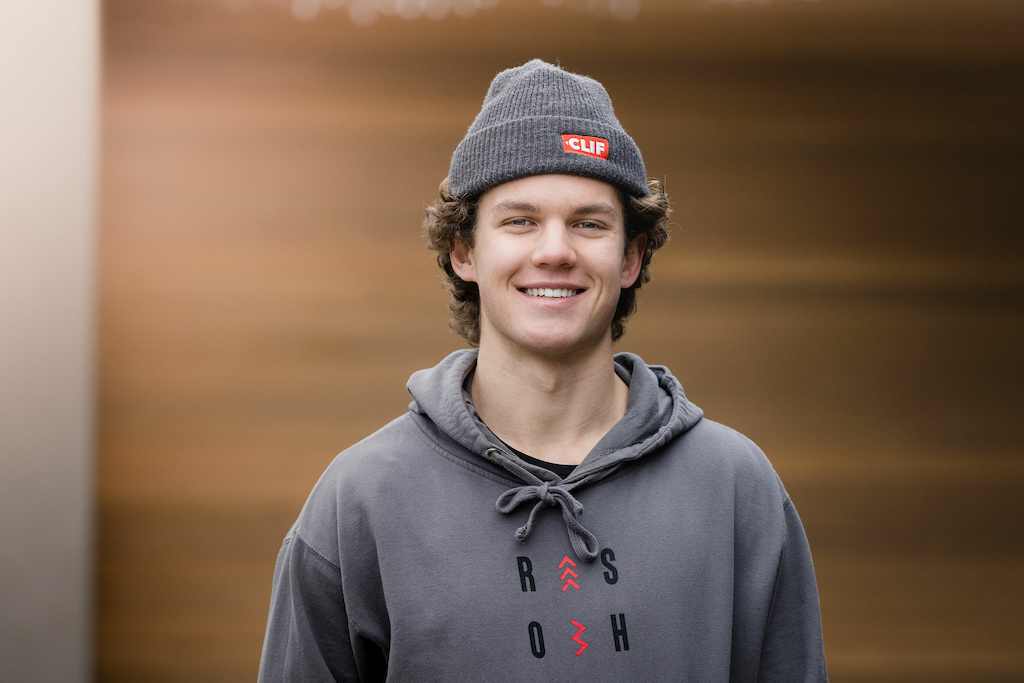 All the best to Ethan Shandro.

toooldtodieyoung (Jan 29, 2022 at 6:53)
I don’t recall any fanfare, but it looks like they're all sorted out and published now:
www.pinkbike.com/contest/advent

notoutsideceo (Jan 28, 2022 at 14:02)
I've also decided to move from Cannondale to UNO given the new eGravel bike. I'll miss how crisp that lefty is but I'm excited for the future! Be safe be well, Incognito Robin

Augustus-G (Jan 29, 2022 at 15:43)
Granted it'll be entertaining but Rob's not as fun as he used to be when he was a party animal. On the other hand the number of "F" Bombs he drops has diminished by at least two orders of magnitude.

korev (Jan 30, 2022 at 23:50)
@p0rtal00: It's interesting that Claudio got slaughtered a few years ago despite English not being his first language and Rob got away with that

peytodog (Jan 28, 2022 at 19:43)
I would wager that this is the largest number of Junior Women ever supported by teams. Great to see, should be some good racing.

TimnberG (Jan 28, 2022 at 19:54)
Gutted for Ethan. Hope he makes a full recovery. Such a bummer to have lingering symptoms for so long. Get well soon!

lepigpen (Jan 28, 2022 at 14:11)
I'm so confused by Atwill's contract/status. He was a privateer with a bike sponsor... And now he is on a team? Or he's still a 'privateer'? Does he get any help in the pits? He's so talented and clearly sponsors should be supporting him... Is it just a personal preference that he remains as independent as possible on race days?

MarcusBrody (Jan 28, 2022 at 15:13)
He was sponsored by Propain last year, but putting together his own thing while living in Greece and seemingly pushing the scene there. Now it looks like they have found a title sponsor to formalize things more. Whether he'll pit with Propain, or show up at the Pinkbike tent saying "Hey guys...." I have no idea.

powturn (Jan 28, 2022 at 19:42)
There were rumblings in PB comments when he re-signed with Propain that their team manager did not want to deal with babysitting Atwil again. The Vlogs Phil puts out are pretty much the best evidence in support of this theory I can think of. Talent? Yes. Discipline, focus, professionalism? No.

socratiszotos (Jan 29, 2022 at 0:08)
Yo! Pretty sure Phil prefers to be calm and not have the stress-pressure big teams put on athletes, thats why he chose the freedom to run his own program, chose the events he does etc. Last year he was a "privateer"(still had sponsors, mechanic, pits etc) and not registered as part of an official uci team. This year its a bit more formal, having his program as an official uci team with team mates

The-Foiling-Optimist (Jan 28, 2022 at 18:26)
Several EWS riders and teams are not mentioned in Pinkbike's UCI list, eg Lapierre Ziipp and Isabeau, Ritchie Rude, Martin Maes, Martha Gill, Rocky Mountain with ALN et al, the other Morgane (not Charre), and Kasper Wooley, to name some who popped into my head. Then again it's pointed out in the comments to the UCI article that the Pinkbike version isn't complete and you have to go to the UCI page for the full story.

wilsonians (Jan 29, 2022 at 4:23)
@The-Foiling-Optimist: I don't think EWS are full UCI teams like xc or DH which is why you don't see most of them listed. It's a diff setup with Enduro to some degree. Can't remember it exactly the setup but they aren't uci trade teams per se.

stiksandstones (Jan 28, 2022 at 15:02)
Damn cool of ya Alicia to notice Ethan. Ethan is an awesome human and rider. Signed, salty uncle stik.

korev (Jan 29, 2022 at 1:43)
Anna Newkirk and Abbie Hogie have formed Beyond Racing www.instagram.com/p/CZSHyRvtwkf

spokeapparel (Jan 29, 2022 at 14:59)
Our hearts and thoughts to Ethan and Andrew. Complete champs no matter what, and always will be. Life is multifaceted for so many reasons. There is never only one path. We are blessed to be able to dream new dreams every single night that we can wake up and make reality, if we desire. Adventure and achievement awaits no matter what happens with racing bikes.

jbravo (Jan 29, 2022 at 14:40)
For Ethan Shandro, recovery from "a very unfortunate concussion...and lingering symptoms" is WAY more important than riding for a team in 2022. Best wishes for a full recovery, lad.

Saucycheese (Jan 28, 2022 at 14:18)
Hopefully Ethan doesn't have long term issues with the concussion That being said, Trek you can always sign me as a waterboy fulltime.

wslee (Jan 29, 2022 at 6:49)
Were the winners for the Christmas prizes announced? Give a shout out in case you have received a notification to claim your prize.

tgmdgn (Jan 29, 2022 at 6:30)
Dan Atherton have always been included on the UCI team list, ever since he stopped racing.