Gee Atherton to Return to Racing at Red Bull Hardline 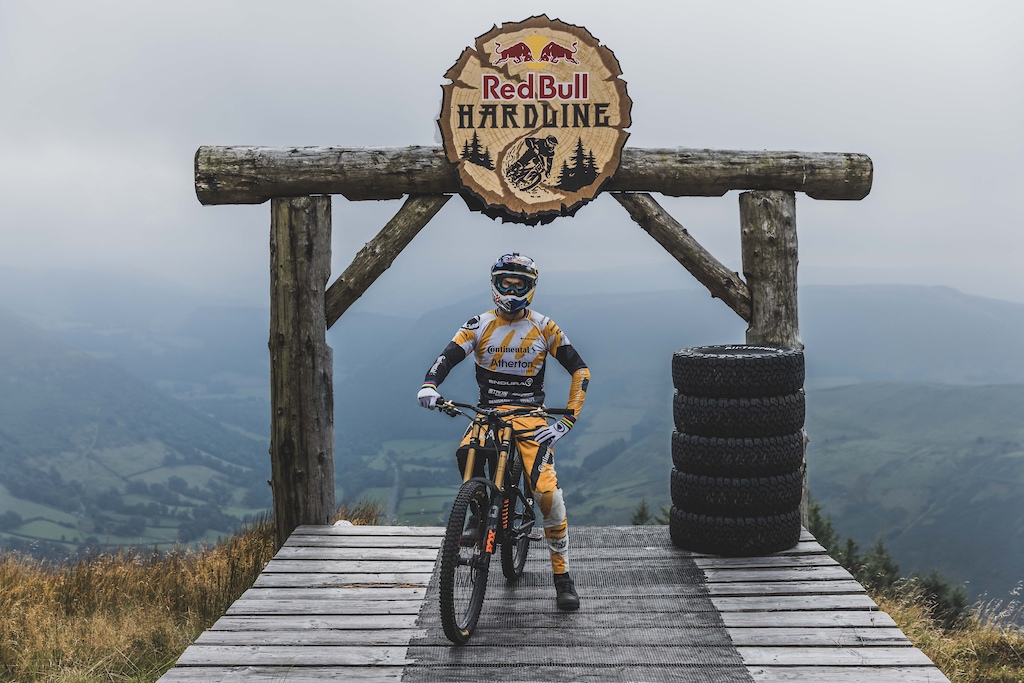 Photo: Dan Griffiths
Just over a year after a horrific crash that left him lucky to be alive, Gee Atherton is set to return to racing this weekend at Red Bull Hardline 2022.

June 18, 2021, Gee fell over 100 feet while filming 'The Knife Edge' edit and sustained a long list of physical and mental injuries including many broken bones, concussion, night terrors, and PTSD.

That he's back on the bike is remarkable in itself, and the prospect of the winner of nine World Cups racing again is especially exciting. Re-entering racing on the gnarliest course in the sport is a few steps beyond extraordinary.

This year, the Hardline course has been made even tougher than ever, with a new on-off feature, a massive 86-foot blind gap jump, and more.


We look forward to seeing what Gee can achieve as he works through the mental barriers from his crash and enters another defining chapter of his 22-year professional racing career. 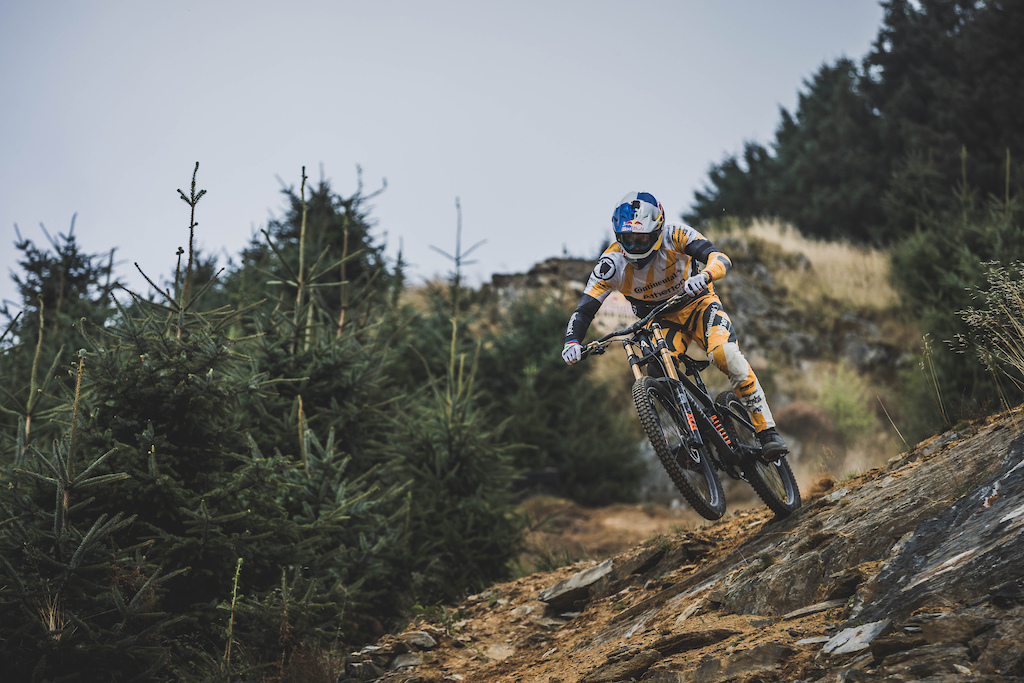 pisgahgnar (Sep 6, 2022 at 14:28)
@buckwheat23: Give the man a break. He got to Italy exhausted after 36 hours piloting his tiny plane from Vancouver Island.

src248 (Sep 6, 2022 at 17:36)
@jokermtb: I wonder which track is actually more difficult to race, Hardline has serious tech and massive jumps but it's well maintained. Val was in terrible shape with massive death holes the whole way down, seemed like everyone was having a bad time on it

vapidoscar (Sep 6, 2022 at 11:55)
I've been eyeing up a natural drop for literally years and haven't come close to attempting it. Someone has even stacked up some rocks and concrete slabs the likely make it rollable but it still haunt my dreams.

avgas (Sep 6, 2022 at 16:19)
@scott-townes: After a couple decades of mountain biking, I've found that if I keep me wheels within a couple feet of the ground, I can go for many years without significant injury. And that's not riding slowly or only on mellow trails, just avoiding bigger jumps and drops. Sure, jumps are fun, but I have pretty much the same fun ripping turns or riding technical trails. The risk just isn't worth it, not when an injury can mean missing months of riding, impacting my family and job, or long-term lingering issues.

I don't know Gee, but I doubt he'd be doing this if his livelihood didn't depend on it. His risk vs reward math is very different than ours.

IanJF (Sep 6, 2022 at 17:21)
@avgas: Interesting. Riding DH into my 50's, I've found I feel a lot safer on well built blue and black jump trails after I learned how to jump and be comfortable in the air. The fun to risk ration is better than on tech trails where a line choice mistake can result in a wreck into various pointy things. I will admit, that "learning how to jump" part did take a fair amount of time.

Lagr1980 (Sep 6, 2022 at 19:54)
everytime I see a steep ridgeline I picture gee man bouncing down destroying the shape of the mountain on every hit.. the man is made different.

mtb-jon (Sep 6, 2022 at 23:17)
@avgas: The amount of time that Gee has been off his bike probably proves that his livelihood DOESNT depend on him doing stunts like that.

JSTootell (Sep 7, 2022 at 8:25)
@IanJF: I agree, I always find jumps of all sizes to be the safest bet. Especially at a bike park where they are usually built for everyone from the beginner who doesn't belong on that trail to full pro level riders.

It is that steep chunky stuff where it gets scary, especially when speeds start to drop.

two-plank (Sep 7, 2022 at 8:52)
@vapidoscar: post a photo of the drop on your profile if you have one - not trying to put you on blast, but im always curious what drops get in people's head like this cuz im the same way with them. they are the biggest mental hurdle in mtb imo

vapidoscar (Sep 7, 2022 at 9:44)
@two-plank: I used to have a picture on an old phone but apparently not in my cloud. I'll get out there at some point and I will tag you with a new picture with my DJ for reference. I have seen a picture of someone hitting it a couple years ago (and it did not look impressive).

On Monday, I walked it and could at least visualize riding it. If you go long the landing is very flat but I don't think I have ever gone long on anything. The landing is dirt and stacked rocks/concrete but the take off is down sloping moss covered shale. So it is not a take off that you can gauge your speed and stop at the lip. I think if you emergency brake you are going off the end in the worst shape possible.

vapidoscar (Sep 8, 2022 at 17:08)
@two-plank: pics added to my folder. Not sure how they came out. Trails were in great shape and really thought i wad going to hit it. Looks most ridable from the top. Plenty of chain ring clearance to roll it but could not get the approach. I posted.a couple of other pictures a different rooty rocky roll that I am comfortable with.

If anyone is ever in Cleveland and wants to show me how it is done, I'll take you there and will graciously accept your free lesson. First round of post ride drinks is on me.

abueno (Sep 6, 2022 at 11:39)
Confirmed Gee will be wearing an upside down hoody as pants for those massive huevos

rockandride6 (Sep 6, 2022 at 10:45)
I dunno man...I hope Gee stays a part of our sport for decades to come...but I really hope he doesn't keep doing absolutely insane stuff. You've proven you're an animal on the bike and there's no need to push it.

When I got broken off (4 vertebrae, 2 ribs, scapula, clavicle, punctured lung, and concussion) I was physically ready to ride well before I was mentally ready. I hope Gee is genuinely in the right place for this.

SuperXav (Sep 6, 2022 at 10:23)
Bulldog has never been as strong as when he came back from his crash.
Bruni world champ same season he has a broken collarbone.
Cam bal podium 2 weeks after surgery
Daprela winning with a cut tongue
Etc...

These humans (are they?) Are built different (Ben cathro(c)) but seem to alwaus come back stronger after injuries!

Lanebobane (Sep 6, 2022 at 10:43)
And what I didn't realize nor appreciate when I was younger is that you can't just be brave enough to go fast. You have to be brave enough to still go fast after returning from a near-death injury that previews what your body might look like after you retire from the sport. Dedication is the word but I didn't realize what it meant until I got a bit older.

DKlassen8 (Sep 6, 2022 at 19:34)
Tom Vansteezbergen is going back to rampage this year too. You are on to something. These people are built different.

theberminator (Sep 7, 2022 at 2:17)
What aloon.. the first time I ever heard of gee was at a specialized super series race way back in 2002 he was getting streacherd off after crashing his muddyfox rocknroll. We were all like who's that nutcase wtf. he's always been the most brave person taking on injurys and just charging back to form. I hope he wins it would be amazing.

Gee Atherton recently had the idea to sell his pee as a canned beverage. It’s now called Red Bull

rjmogul (Sep 6, 2022 at 20:40)
"choosing the hardest race in the world to come back to maybe isn’t the best idea"
Gee, its not the best idea.
"but I’ve been training hard and I feel like I’m riding well"
Screw loose. But we already knew that! At least Hardline is much easier than The Knifes Edge

cypher74 (Sep 8, 2022 at 11:15)
Think a lot of people seem to be forgetting or ignoring the fact that after his massive crash he has access to medical attention and therapy that most of us would not get and that the track is his family’s so he’s probably been down it more than most of the other competitors combined.

It’s hell of a race to make a competitive return and full respect to him but let’s keep some perspective.

kycho (Sep 9, 2022 at 5:59)
PTSD... I'm wondering how did he deal with it in this case. Probably we all face this problem especially those who ride on higher level. This could be interesting story, meybe helpful for some

CM999 (Sep 7, 2022 at 0:48)
I hope this is because he is genuinely better and not pressure from the event sponsor for him to ride for PR reasons

dirtbagluvin (Sep 7, 2022 at 22:36)
As a physical therapist and owner of more than a few serious injuries I commend you on all levels for your achievements. Respect.

cristiantomlinson (Sep 6, 2022 at 14:30)
The chap is an absolute beast weapon. The level of mental strength going on in his head. No sport like it.