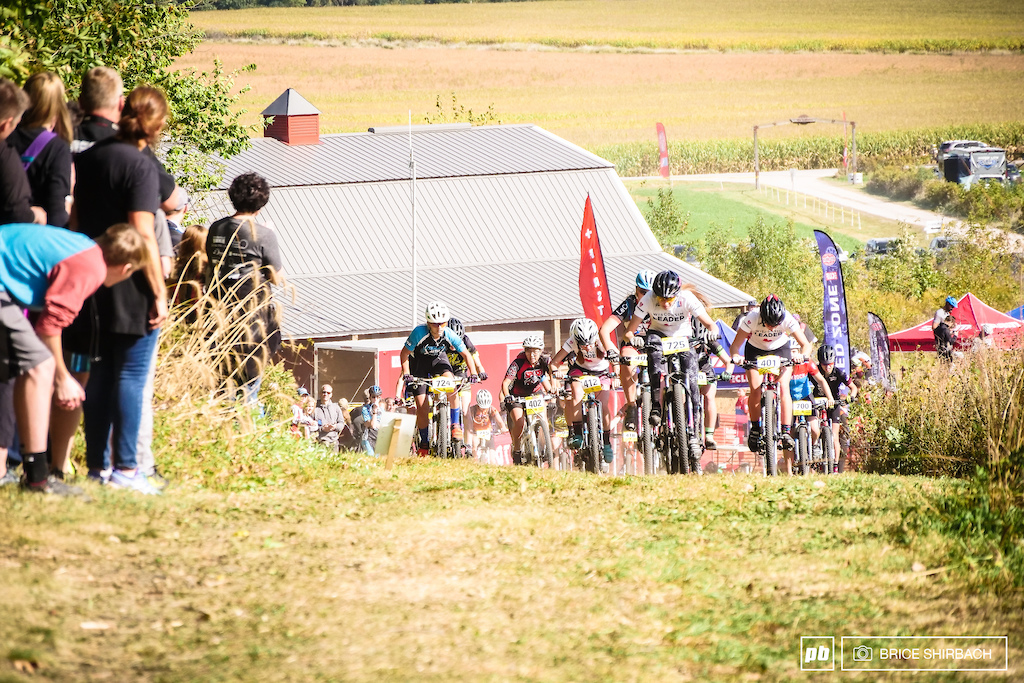 NICA announced yesterday that Steve Matous has resigned as the organization's president and has temporarily been replaced by the current Vice President of Programs, Amanda Carey.

Matous was hired in spring 2019 as part of a five-year plan for NICA's growth. A former executive director for both Outward Bound USA and The Access Fund, among other positions, his involvement with NICA was intended to see the nonprofit through a period of strengthening NICA's programming, shifting the organization's marketing and revenue strategies, and improving kids' access to mountain biking. When the pandemic hit, Matous directed NICA through the resulting bike industry upheaval and two challenging race seasons. He resigned to pursue other interests, NICA said.


The plans to find a new president have not yet been announced, but in the meantime, Carey has stepped in and will work with other NICA leaders to keep the organization moving forward. Carey has been involved with NICA since 2015 at both the local and national levels as a coach, team director, GRiT (Girls Riding Together) Program Manager, Coach Licensing Manager, and Vice President of Programs.

Ra1der (Nov 24, 2021 at 19:23)
Used to be. Thankfully, they've abandoned the prohibition, but the courses don't generally lend to jumping very much.

Deadclmbr (Nov 24, 2021 at 19:25)
No. Each state follows the same league wide rules. Having those skills directly relates to bike handling skills in general. Number one priority is risk management. These kids are fast. Sometimes the wheels leave the ground to cover technical terrain faster. It’s important to be comfortable with those skills.

HGAB (Nov 25, 2021 at 6:40)
@Deadclmbr: Yes, actually. In states that follow the NICA rulebook exclusively and don't have their own rules, like Kentucky, you can be given some form of time or placement penalty for hitting a purpose-built jump on the trail. They often have course marshals stationed at any spots on a trail that have jumps to make sure they see kids who break the rule.

Deadclmbr (Nov 25, 2021 at 8:13)
@HGAB: All of our NICA race courses are purpose-built for the race and have no purpose-built jumps. I guess that what I’m referring to is how the league has deviated from “wheels on the ground” exclusively. We follow the rules in WV and are not hitting jumps for the sake of hitting jumps. Wheels do leave the ground naturally, therefore it is a good skill to have when navigating roots or rock gardens.

notoutsideceo (Nov 24, 2021 at 17:51)
Steve is a good friend, I wish him the best wherever his pursuits may take him! Be safe be well, Incognito Robin

SterlingArcher (Nov 25, 2021 at 8:56)
Better than saying his colleagues were a bunch of assholes

ChanceFuller (Nov 25, 2021 at 14:48)
Hey I was there at that race in the photo... Trek farm race was sick, great venue, cool to see the testing grounds of those bikes, especially cool to see where my bike was born. Wisconsin NICA league FTW

SterlingArcher (Nov 25, 2021 at 8:57)
Dick pounds your mom
Below threshold threads are hidden

Bobtheguy (Nov 25, 2021 at 10:19)
@SterlingArcher: Since when could kids not ride real bike trails? It's not even a league aimed at actual children, it's a high school league. Limiting high school MTB to green trails and fire roads is like limiting high school football to a 50 yard field and a foam ball.

cogsci (Nov 24, 2021 at 22:53)
Was he responsible for the decision to cancel the race season completely rather than let parents decide the risk they where willing to accept?

akasnowmaaan (Nov 25, 2021 at 4:23)
You mean allowing dumb-ass anti-vaxx fools to create super-spreader events to kill even more innocent people around them?

The ones who only care about their own 'freedumb', regardless of their responsibilities to others? The ones who ignore their duty to support and protect society at large in the presence of an incredibly infectious pandemic that's killed 750,000+ people in America alone?

The ones who, right now, are getting infections that would have been rendered harmless 95% of the time with th vaccine, are crowding ICUs to the point that normal people with fully treatable problems are dying in waiting rooms?

Asking for a friend.

jorukfundan (Nov 25, 2021 at 6:34) (Below Threshold)
Take a breath before you drown on your cool aide. ICUs are busy you might ha e a hard time getting some help. @akasnowmaaan:

Deadclmbr (Nov 25, 2021 at 8:18)
Each state operates independently. Our league continued to operate with ZERO infections. My team specifically broke into groups of ten student athletes or less. In the event there would be an infection, we would not have to shit down the entire team. Fortunately it never occurred. When it came to race time, we did time trials and did not hold full on race events like previous seasons.