Round Up: Women's MTB Wednesdays - Issue 2 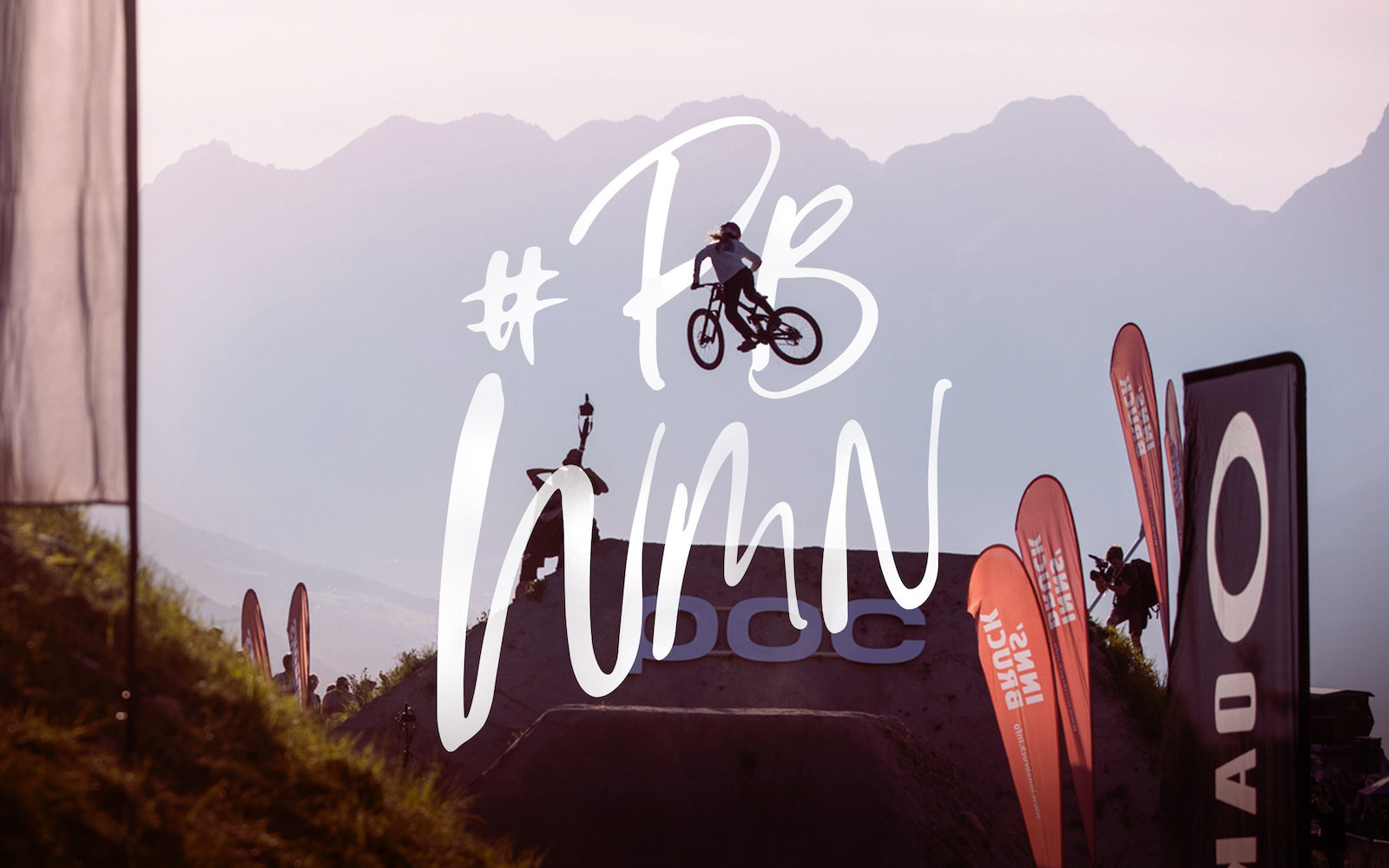 Welcome to the second issue of the Women's Wednesday round up, a monthly digest of some of the most notable achievements from women in the bike world. We want to highlight all of the women who work to push our sport forward, so we plan to share news, race results, our favorite video clips, and more. You can help us find more content from rad women by using the Instagram tag #PBWMN.

Former World Champion and two-time Olympic silver medalist Maja Włoszczowska announced that she will retire from World Cup racing at the end of the 2021 season, capping off an incredible career that spanned nearly 20 years at the elite level. In addition to her 2010 World Championship victory at Mont-Sainte-Anne, she has collected four silver World Championship medals and numerous other top-level podiums. "I will not be flirting anymore, this year I am finishing my career," she told Red Bull Poland. "I will not part with MTB, I will stay with the bikes, I will definitely train and compete as an amateur, but it will be over with great racing."

In freeride news, Proving Grounds has added young (read: wildly impressive teenage) up-and-comers Brooke Anderson and Gracey Hemstreet to the already stacked women's roster, bringing the field up to nine accomplished riders. Even better, we don't have to wait 'til Proving Grounds for a top-notch freeride event. Dark Horse is now underway and our very own correspondent Christina Chappetta is there to capture all the action as the freeride women continue to up the ante.

Also on the freeride front, Audi Nines announced yesterday that it will add Alma Wiggberg, Gemma Corbera, and Patricia Duwen to the rider list as wildcards, meaning that nine women will take on the massive course starting August 24. Hannah Bergemann also announced that she'll be hosting a jump jam in Bellingham on September 3-4 that she's calling Hang Time. She says that it's a "2-day event where some of the best female freeriders will come together, ride, progress, and strengthen this community. The invited athletes will also be taking time to work with a small group of up and coming girls, helping them unlock their next level."

On the BMX side of things, Charlotte Worthington became the first ever woman to land a backflip 360 in competition in her Olympic freestyle BMX run, which is a huge progression for the sport.

Next, we've been following the controversy around Canada's downhill World Champs team, which originally had no elite women. The decision seems to be the result of poor planning and little foresight, and after a loud outcry from the mountain biking community, Cycling Canada changed course and named Jennifer McHugh, Rachel Pageau, and Vaea Verbeeck to the team.

Finally, we'd like to extend a big congratulations to Rachel Atherton for the birth of her baby daughter, Arna. Rachel, we look forward to seeing the Atherton balance bike and the little ripper you and Olly raise. 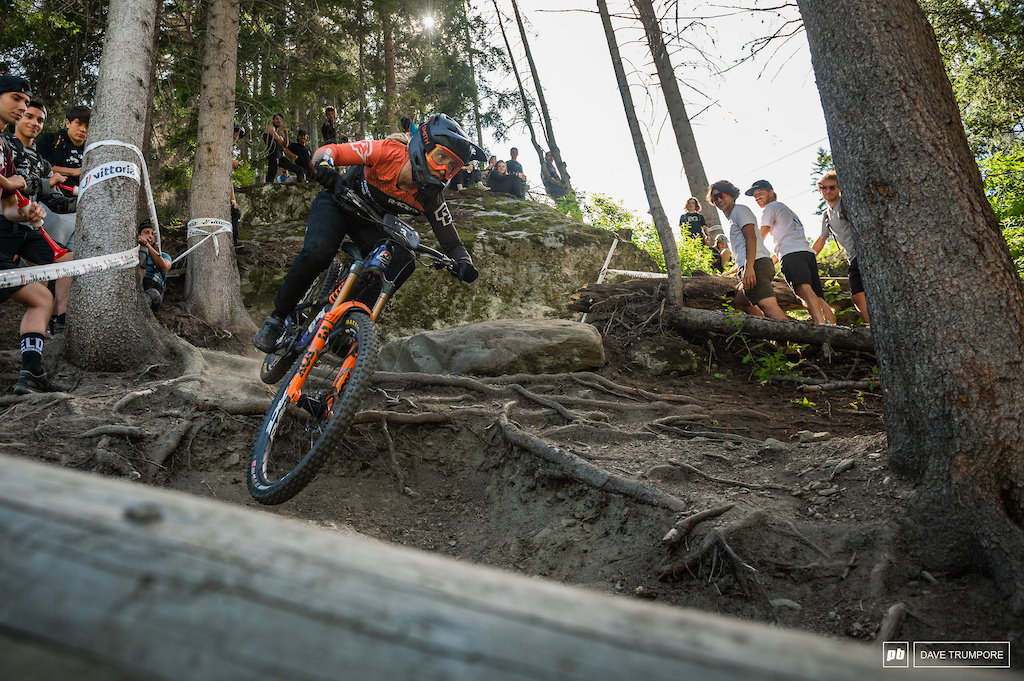 ALN put in an incredible ride after dislocating her ankle the evening before.

We saw a pause in World Cup and EWS racing for a few weeks before Maribor, but the Olympics gave us more than enough excitement in the meantime. In the XC race, Jolanda Neff took a commanding victory, using her technical skills to keep an edge on her opponents for most of the race while racing on "legs and heart" without a bike computer or heart rate monitor. Then, at Maribor, Myriam Nicole took a commanding win and is now tied for the overall with Camile Balanche. Eleonora Farina finished next with a career-best second, and Camille Balanche once again showed that she's a regular podium contender by slotting into third. 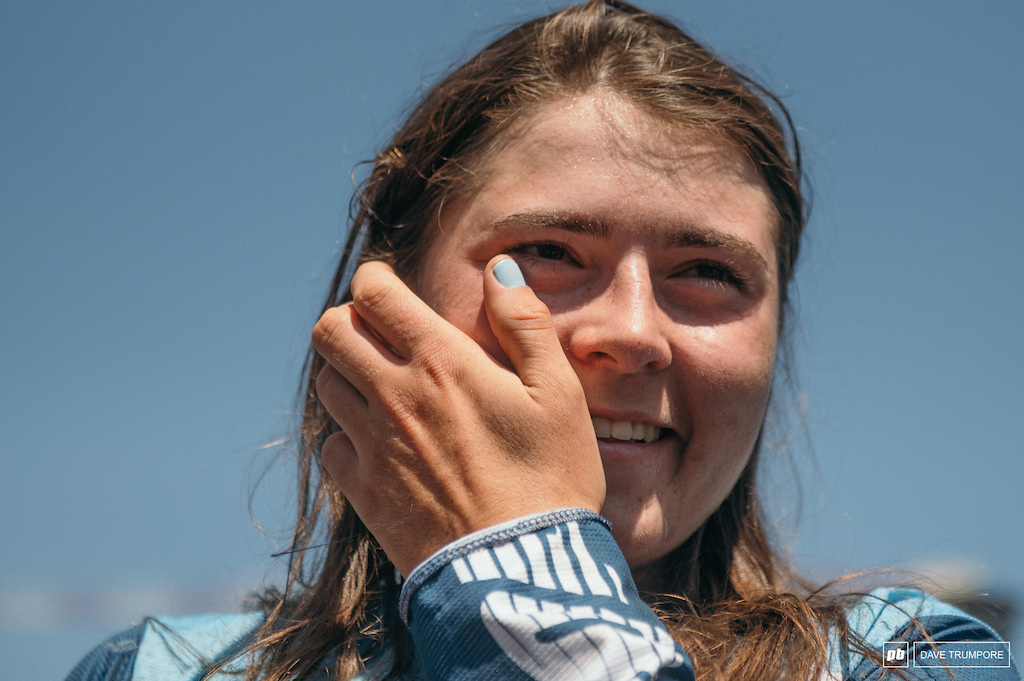 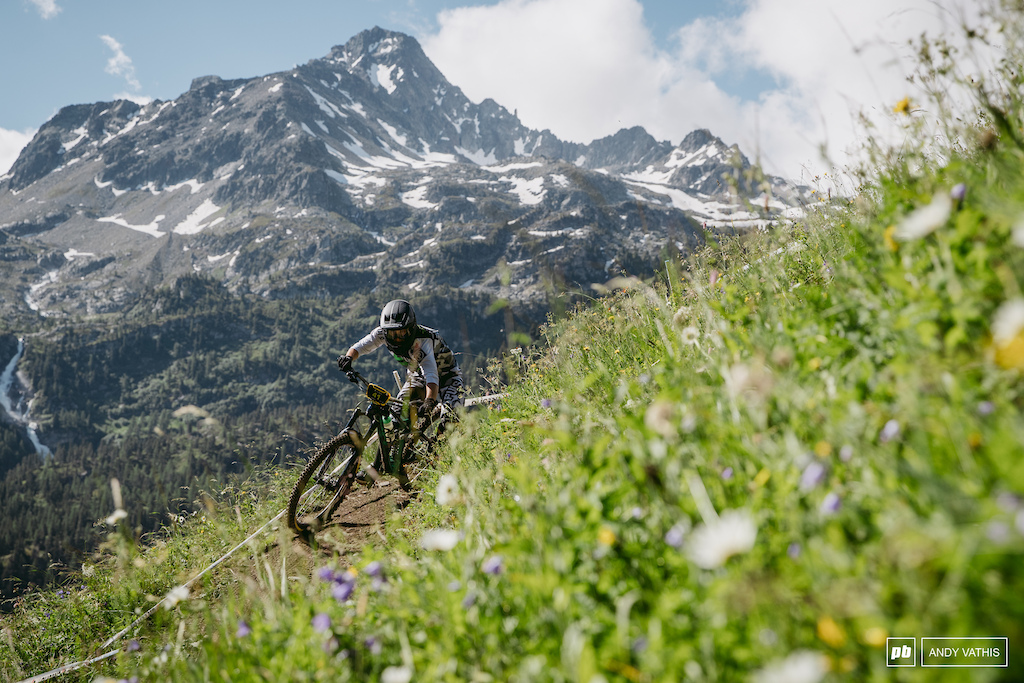 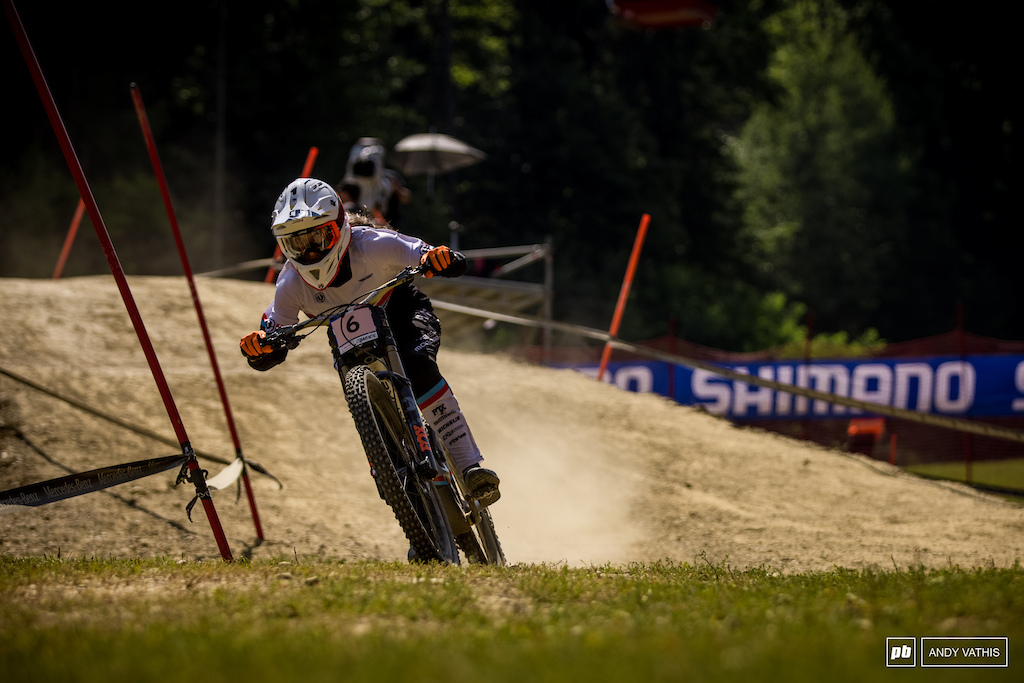 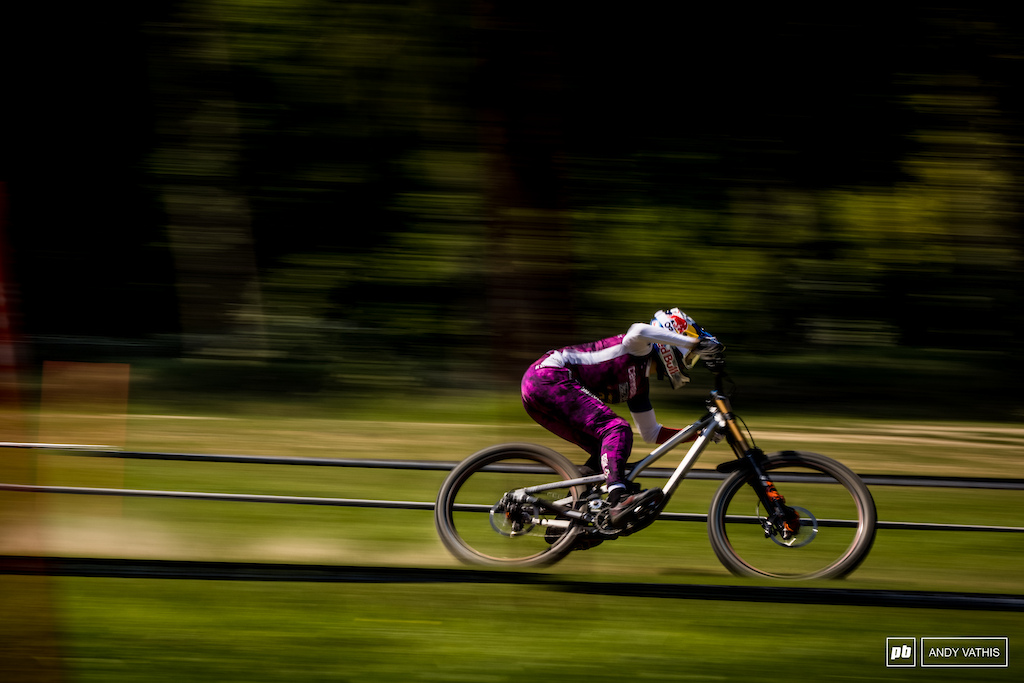 Myriam Nicole rose to the occasion and rode an excellent race on the blown-out track, tying her with Camille Balanche for the overall lead.
DH World Cup Overall Standings: 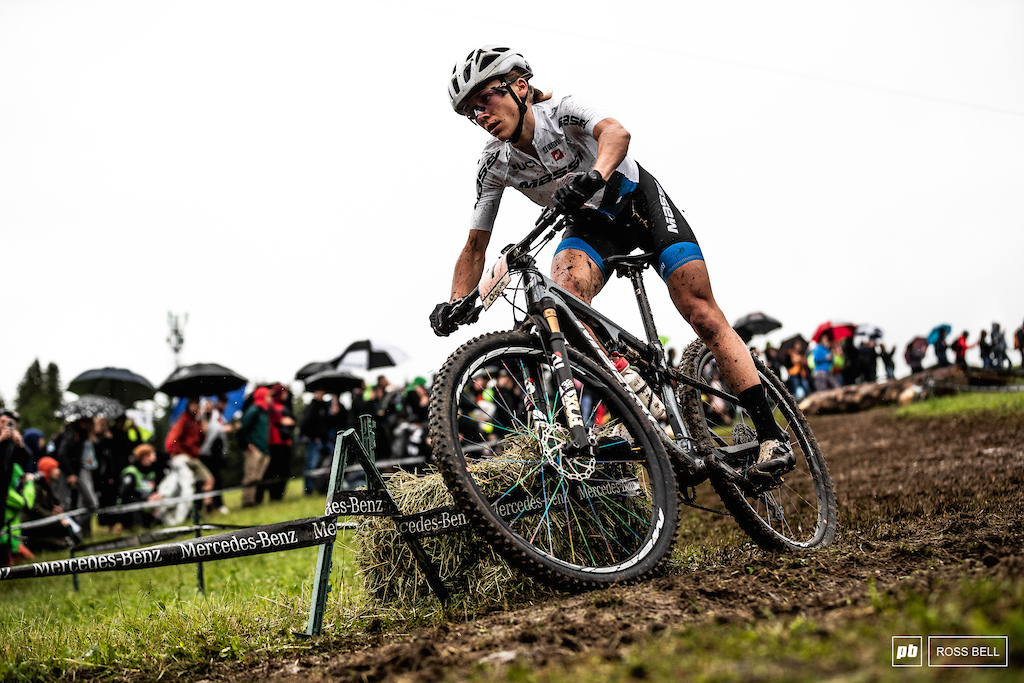 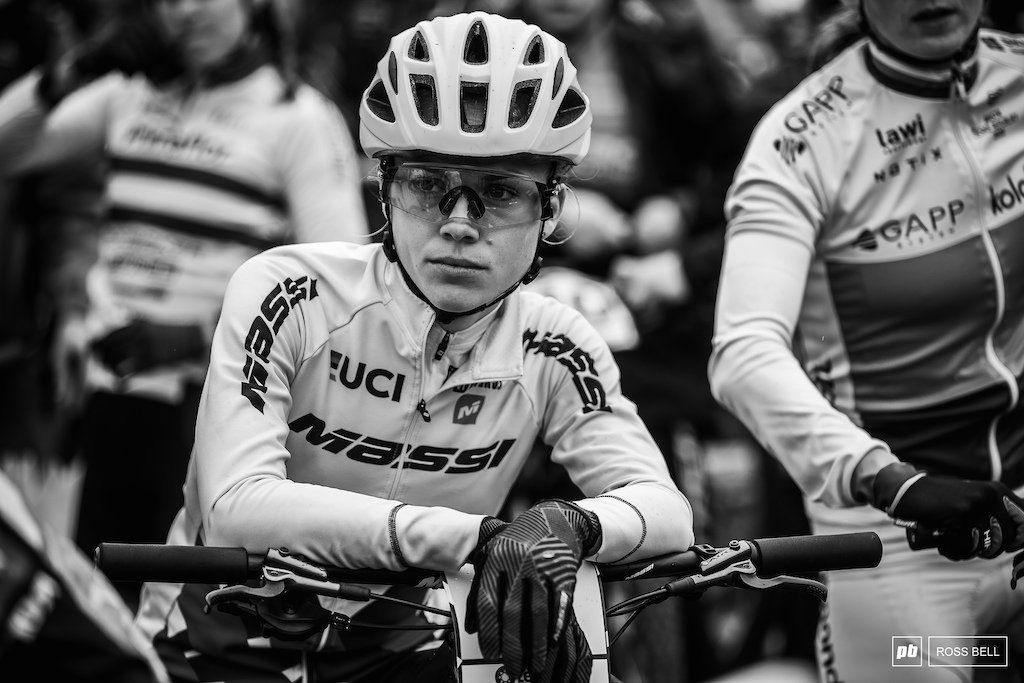 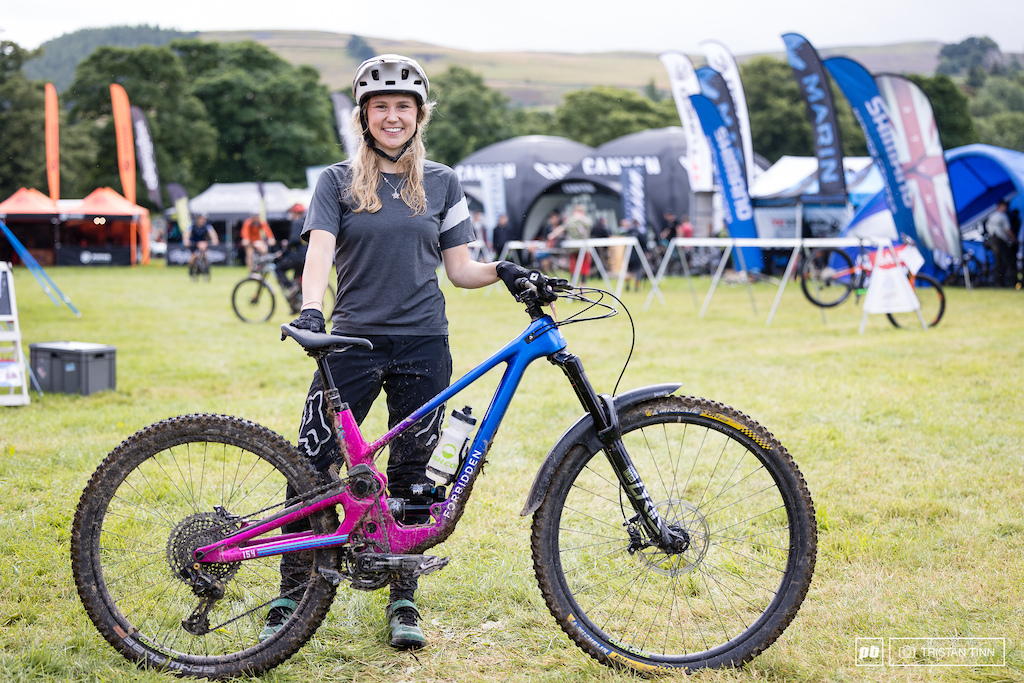 Tech
With events all across the board this month, from the Olympics to 'Ard Rock and Dark Horse, we have a whole range of bikes to check out, plus some gear designed for and reviewed by women. 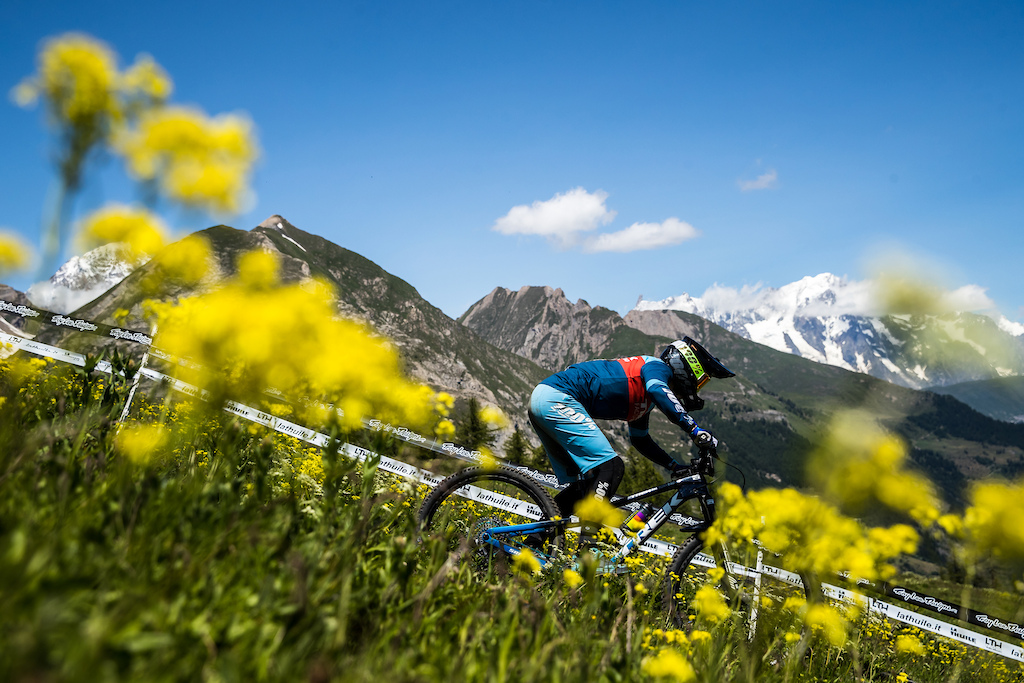 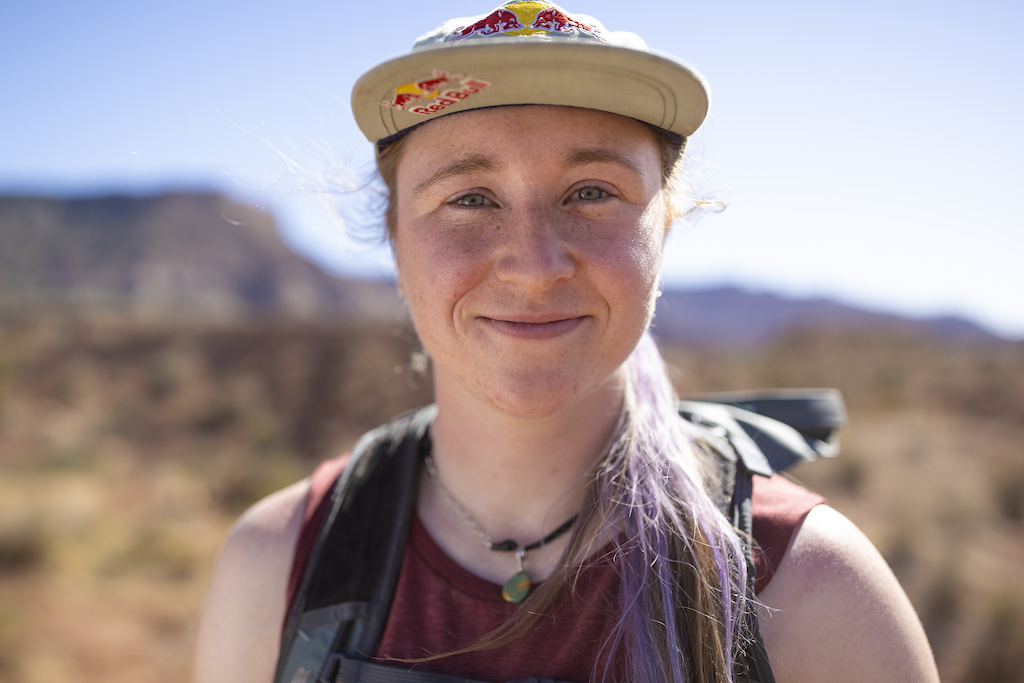 We caught up with Hattie Harnden, who made history as the youngest woman ever to win an elite EWS race and Hannah Bergemann, who has made a name for herself as one of the brightest rising stars in freeride.

Getting to Know Hattie Harnden, the Youngest Elite Women's EWS Winner in History
Hannah Bergemann on Her Visualization Process, Formation, & the Future of Women's freeride

As always, there's a lot to celebrate this month, and we love to see it. Shoutout to Kaylee Gibb for landing her first underflip to dirt on her downhill bike, Alma Wiggberg for becoming one of the Audi Nines wildcards, Rachel Atherton for growing a whole 'nother human, and of course Jolanda Neff for the momentous achievement of winning the Olympics. Remember to tag #pbwmn on Instagram to help us find more content from all the rad ladies out there.

Tweet
Must Read This Week
18 Bikes That Could Be Updated in 2022
52853 views
Mechanics Petition for Durability Standards & Repairable Budget Bikes
50048 views
Why Your Bike Might Have Less Travel Than Claimed
42776 views
Cam Zink Signs with Devinci
35907 views
Details Revealed for Hope's New Tech 4 Levers
33866 views
Pinkbike Poll: Has Your Shock Ever Failed?
33612 views
Video: $1100 vs. $6500 In Upgrades On A Used Mountain Bike - Budget vs. Baller Episode 5
33215 views
Luca Shaw Joins the Canyon Cllctv
32880 views

usfrenchie (Aug 18, 2021 at 13:19)
This is so awesome content and more importantly progression! Thanks PB and Alicia for the enhanced visibility.

MuddyBrit (Aug 18, 2021 at 15:02)
All this stuff is awesome, but as a biased Brit I gotta say Charlotte Worthington's gold medal for freestyle BMX was particularly rad! Also enjoyed the Oregon Coast edit since I live in Oregon!

rocky-mtn-gman (Aug 18, 2021 at 15:17)
I think I was more impressed by Bethany Shriever's gold in racing - wish they put the racing finals on primetime TV. They are such more more exciting & brutal to watch than some swimmers doing a backstroke slower than a toddler can run.

Two-planker (Aug 18, 2021 at 14:32)
Great content here. I am excited to see the direction that the womens riding movement is going. I live in BC and have seen a significant increase in women riders out on the trails in the last few years. The future looks bright.

superttrinier (Aug 18, 2021 at 16:21)
Love this, but question; shouldn't more events be Open and not invitational only? Seems like they might be missing out on even more young talent... just a thought.

Audi Nines has women on the invite list that are on the pointy end of talent worldwide.

If they opened up events like that to say you or I the medics would be very busy...

djyosh (Aug 18, 2021 at 15:25)
Psyched to see the content from Darkhorse Invitational at Revy on PB Insta stories. Super impressive progression going on there, as well as the events mentioned here.

DavidK4 (Aug 18, 2021 at 20:36)
Can we see some of the stuff amazing women like Lael are doing to push boundaries in ultra endurance races?

Tazzyman1988 (Sep 7, 2021 at 16:38)
We interviewed Natalya Diehm who came 5th on the Freestyle. Awesome person, thought I would share - quipmo.com/blog/natalya-diehm-moments-that-matter