bananowy jamessmurthwaite's article
May 12, 2021 at 10:09
16 hours
4 Pieces of Good News From the State of the Sport Survey
@Blackhat: Yes, the terrain plays a big part for sure. There's not much risk XC racers will start using recumbents or bikes too light to last a full lap, especially with the courses getting more technical. I think there's also not enough money in mtb from outside the bike industry to give racers equipment that can't be sold to the public. Even if someone shows up at a DH or EWS race on something like the Grim Donut, it's still fundamentally a bicycle as we know it. Roadies would ride stuff not even resembling current bikes if the UCI let them. Imagine what they'd bring to time trials... @c-radicallis: That's a fairly naive point of view. I'd say they're not incompetent at all and in fact listen to their engineers very, very closely. The reason they didn't make a big leap from 2011 geo to 2021 geo in a single year is IMHO purely commercial. What would they sell you year after year if they didn't make those incremental changes? New paintjobs? Or would they have to invest boatloads of money in innovating something other than geometry each year? How would that make financial sense when here they have something they had already spent the R&D budget on a long time ago and just have to implement in small doses? Do you really believe Kokkonen or Porter discovered some secret knowledge guys at big brands didn't have? No, they just took it to market faster to stand out because that's what small players do. A whole other story is us, the consumers. I'll bet a 6-pack that a lot of brands are ready to push gearbox-equipped, Donut-geometry, dual-crown, 32"-wheeled trailbikes to the market any day of the week. It's just that almost no-one will buy them. For all the whinging on PB about gearboxes, if you were an outsider looking in you'd think such bikes aren't being made today. But they are, quite a few brands and models. Are they flying off the shelves then? Not really. Are trails flooded with Poles and Geometrons? Nope. In fact Pole have reined their sizing in a bit while others caught up with the incremental changes and now a Stamina 180 and a Meta AM 29 have pretty much the same geometry. It'll stay there for a while because in reality people won't spend their hard earned dollars on the Grim Donut. Can we not buy dual crown "enduro" forks or is the Boxxer not light enough? We can and it is, but en masse we simply don't want them. We are the main reason the Zeb and 38 exist instead. And so on and so forth.

bananowy henryquinney's article
May 12, 2021 at 3:45
23 hours
5 Key Stats from Enduro Racers in the Pinkbike State of the Sport Survey
@sevenup: oof size large

bananowy henryquinney's article
May 12, 2021 at 3:43
23 hours
5 Key Stats from Enduro Racers in the Pinkbike State of the Sport Survey
@freeridefruitcake: "fans don’t mean shit in football" Well that's not entirely true, is it? Fans' protests seemed to have played a major role in pulling clubs out of that ESL shit show. On the financial side, of course fans, or to be more precise the sheer number of fans and their willingness to pay for stuff, matters a lot.

bananowy mikekazimer's article
May 12, 2021 at 3:12
23 hours
Ask Pinkbike: Tire Width, Cleaning Tips, Shock Setup, & Buying a Bike Without Trying It First
@DHhack: He doesn't mean slippage caused by tool quality. He's saying that the human is sometimes clumsy and one instance of said clumsiness should not completely destroy a bolt. I totally agree this is frustrating and should not be a thing on an item like a bicycle that manufacturers know fully well consumers will work on themselves more often than not.

bananowy mikekazimer's article
May 12, 2021 at 3:04
24 hours
Ask Pinkbike: Tire Width, Cleaning Tips, Shock Setup, & Buying a Bike Without Trying It First
"your mechanic"? The question was about new bikes, not used. Dunno about you, but I know what I want from both cars and bikes enough so that with the exception of some really weird ones I could easily buy either sight unseen having checked out specs, geo etc. I'll stress again that's assuming we're talking about new stuff.

bananowy jamessmurthwaite's article
May 12, 2021 at 1:14
1 day
4 Pieces of Good News From the State of the Sport Survey
@SonofBovril: "after years of research and surveys, Pinkbike can confirm that freeride and slopestyle riders do indeed believe that Norbs got robbed" ;)

bananowy jamessmurthwaite's article
May 12, 2021 at 1:00
1 day
4 Pieces of Good News From the State of the Sport Survey
"it would very likely stifle this technological progression - something that has definitely become an issue in the hyper-regulated world of road cycling." Road cycling is a completely different animal and without those "stifling" regulations we would see racers on recumbents with plastic fairings on any stage without steep climbs. They'd also ride completely unsafe bikes lighter than Dangerholm's wildest fantasies.

bananowy jamessmurthwaite's article
May 11, 2021 at 13:08
2 days
5 Key Stats from World Cup XC Racers in the Pinkbike State of the Sport Survey
@mtallman2: I appreciate actual racers' perspectives from both of you guys :) I kinda get how TT is more "fair" in that there are less variables but as a spectator, that cat and mouse action that you talk about is the meat for me.

bananowy jamessmurthwaite's article
May 11, 2021 at 13:02
2 days
5 Key Stats from World Cup XC Racers in the Pinkbike State of the Sport Survey
"Pay in athletics is because fans want to see and be impressed" Pay in sports is related to how much ROI is generated. Little to do with "going faster or taking chances". Especially when men and women don't compete in the same category. "forcing equal pay, but this is them being nice, not responding to marketing success" You really, genuinely believe that any business spends any money on anything "because they're nice" and not because they have calculated benefits from it? Come on man... You can get salty all you want about it, but the top female racers who the article says didn't answer the salary question likely already earn more then most men (with the exception of those who get the real money from road like MvdP) because they market themselves very well and use modern, efficient and, most importantly, measurable ways to do it. Not least because their races are pretty damn exciting. In the same way Gwin is still without doubt one of the top paid downhillers even though it's been a while since he won anything. Do you think Brendog finds a place on a big WC DH team year after year because of his race run times? What you say about genders' appeal to fans might be true to some extent in DH where indeed we watch each rider individually and the difference in speed is clearly visible. But to be fair, like I said in another comment: this also applies to men outside the top 20 or 30 WC DH. Watching both men's and women's DH is repetitive and frankly boring until we get to the guys and gals actually fighting for the podium. XC is very different and having matched competitors head to head, elbow to elbow, sprint-finishing etc. makes for exciting racing regardless if the ultimate pace is higher or lower than in another category. So that becomes a moot point. And on top of that athletes like PFP, Neff, Courtney, Batty and more are great at playing the digital marketing/social media game; making them super valuable to sponsors.
Load more... 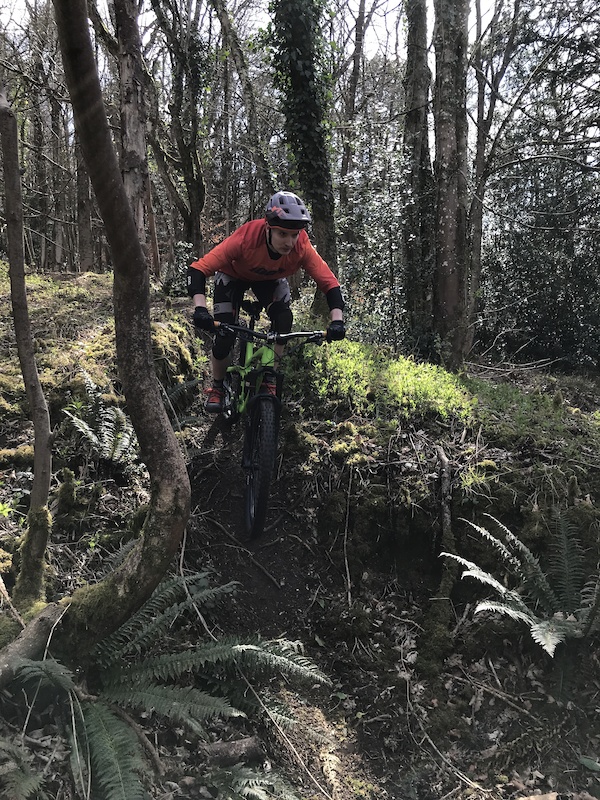