An Olympic gold medalist on the snow, and a soulful rider in the dirt. Meet Sage Kotsenburg.

Mountain biking may not be Sage Kotsenburg’s first love, but bikes, and the joy they bring, shape a large part of his off-season life. In “Outliers: Sage Kotsenburg,” which premiered at the Beta Film Festival last month, filmer Justin Olsen, tagged along with Kotsenburg and his fellow pro-snowboarding buddies on the trails around Park City, Utah, where they swap pressure for playfulness and embrace the freedom and carefree vibes that riding brings all of us on the best of days.

In the pro-snowboarding world, Kotsenburg is known for pushing the boundaries—he became the first snowboarder to win Olympic gold in slopestyle in at the Sochi Games in 2014 and racked up numerous X Games accolades—before transitioning into a career more focused on filming and creating his own canvas in the backcountry to progress his riding. He started mountain biking on his home trails in Utah a few summers back, initially as a way to cross-train in the dry months, and it quickly grew into a passion of its own. But not one he has to take seriously, and Kotsenburg fully leans into the fun part of ripping around the dirt on two wheels, while he daydreams about someday being on Carson Storch’s dig crew at Rampage. In this highly entertaining portrait, Olsen captures what draws Kotsenburg to riding and brings the audience along for the good times. 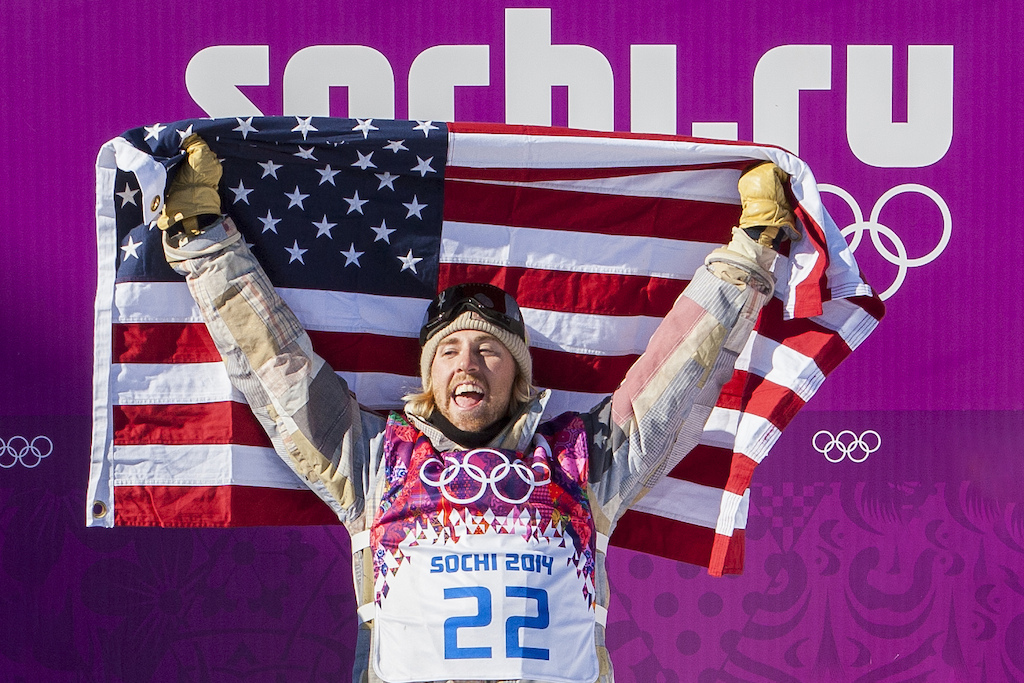 Kotsenburg’s win in Sochi launched him, and slopestyle snowboarding, into the global sphere. Photo: Chris Wellhausen 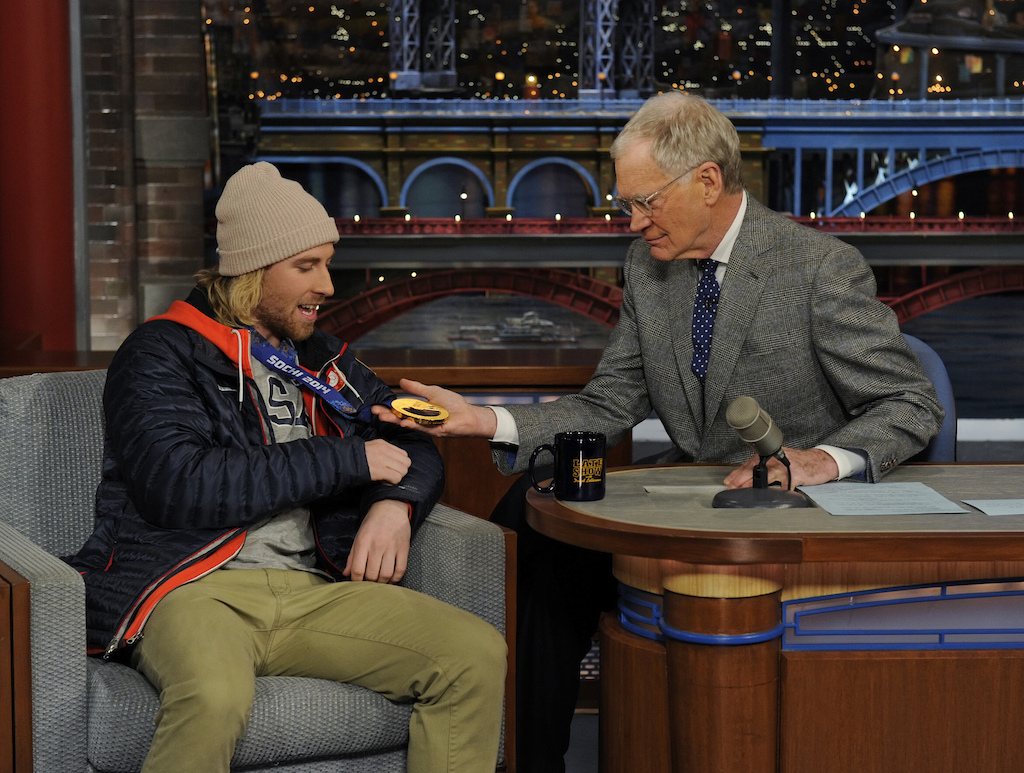 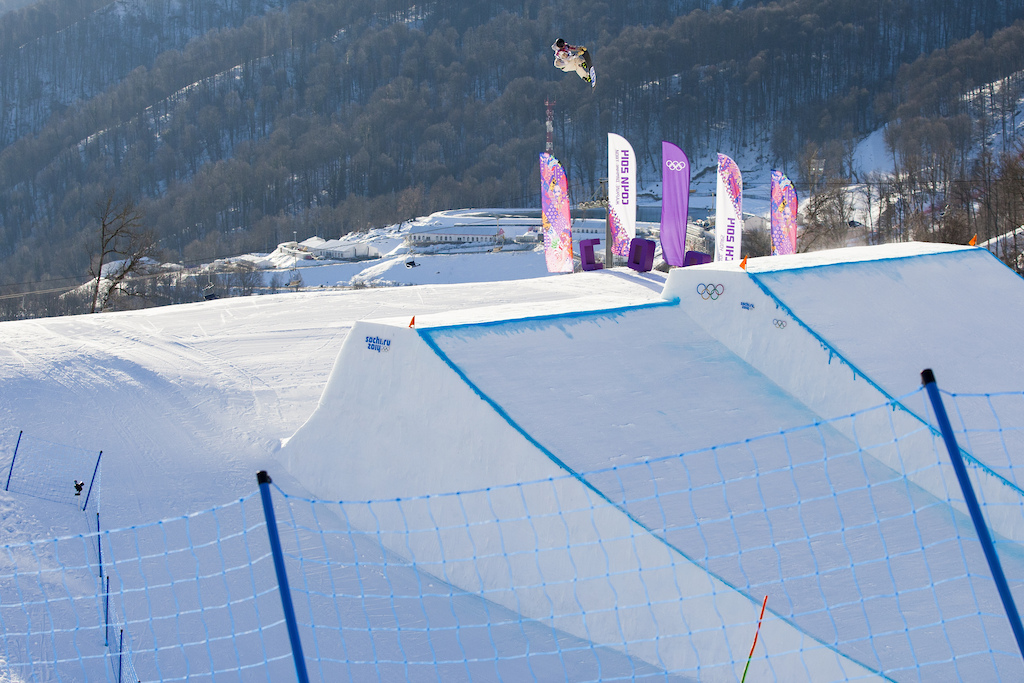 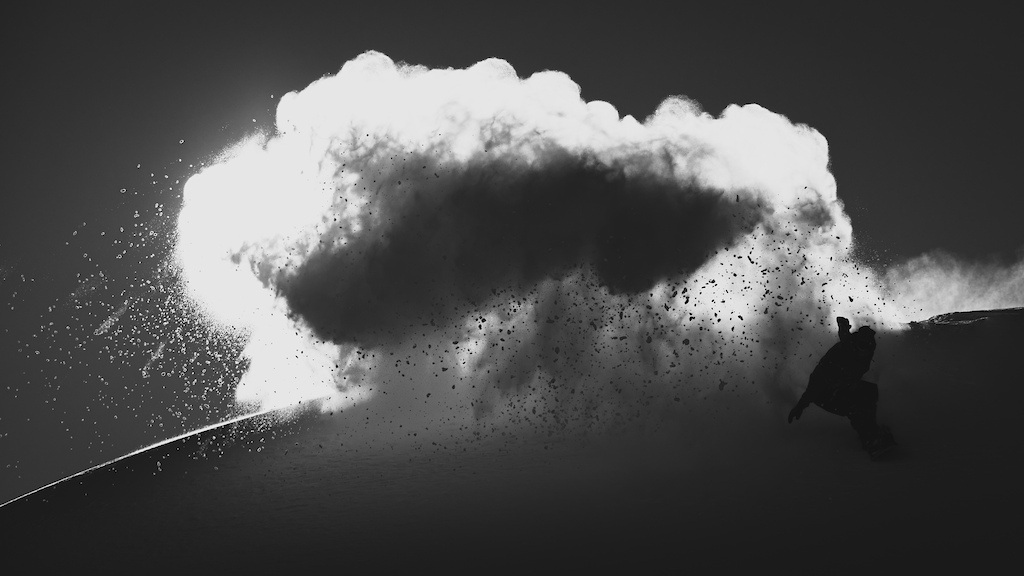 Despite a still-successful competitive career, Kotsenburg leveled-up his riding by pushing farther into the backcountry. Photo: Jeremy Thornburg 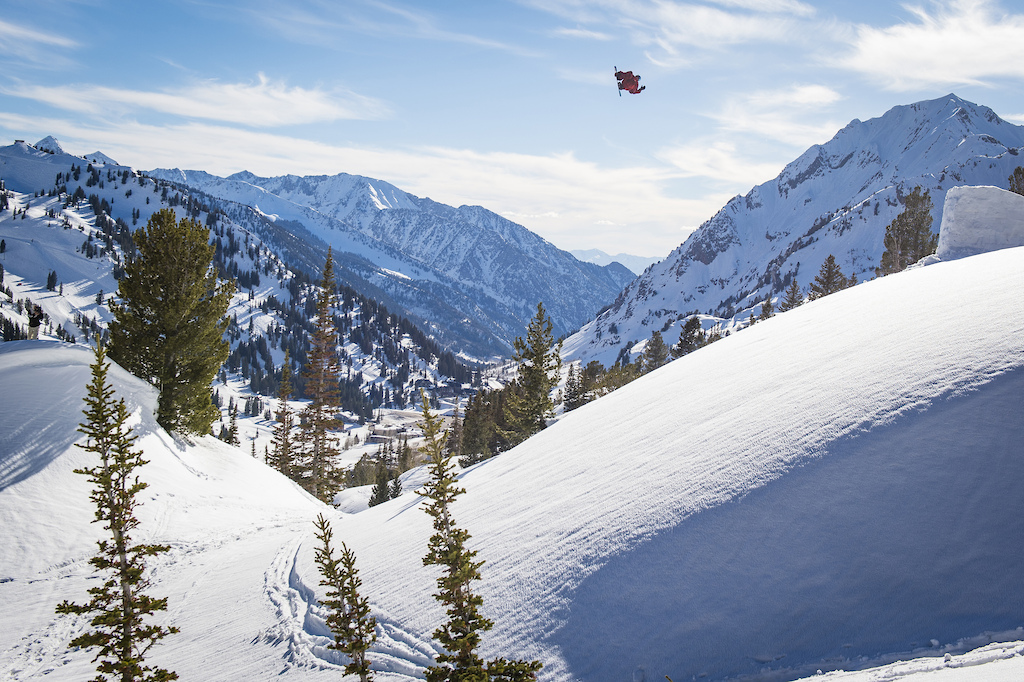 And when he did it, he went big, hitting huge senders like the famous 120-foot Chad’s Gap in Utah’s Wasatch Mountains. Photo: Tom Monterosso 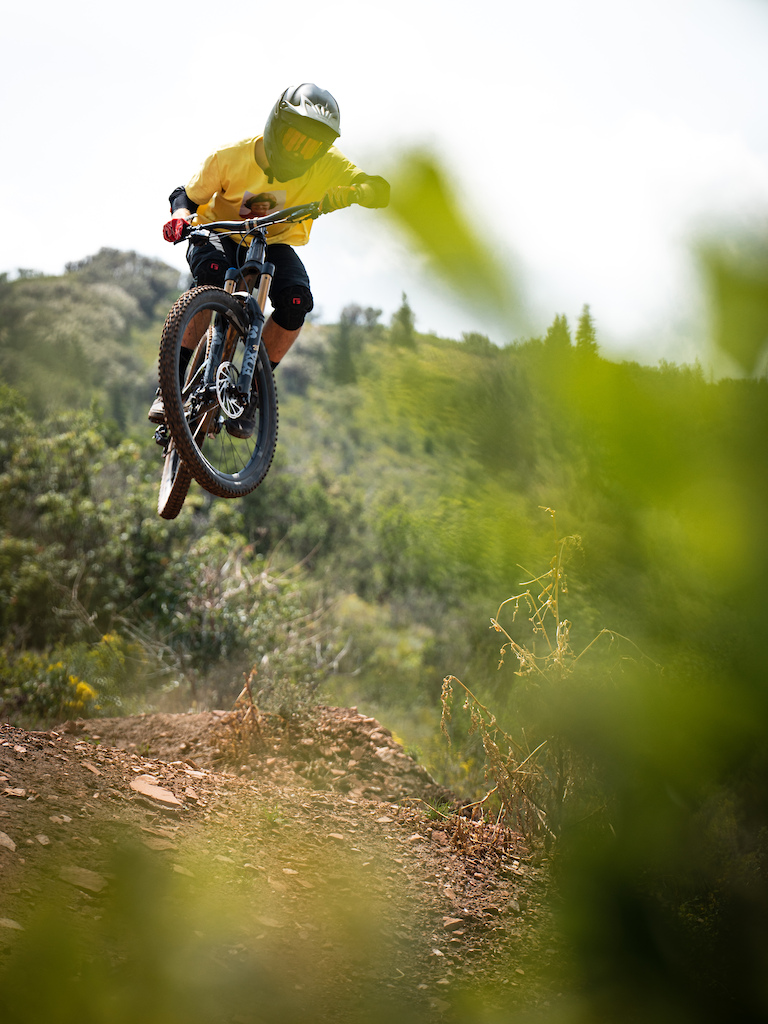 Kotsenburg and fellow pro-snowboarder Zak Hale egg each other on, as they sort out the pecking order on the dirt. Photos: Jeremy Thornburg 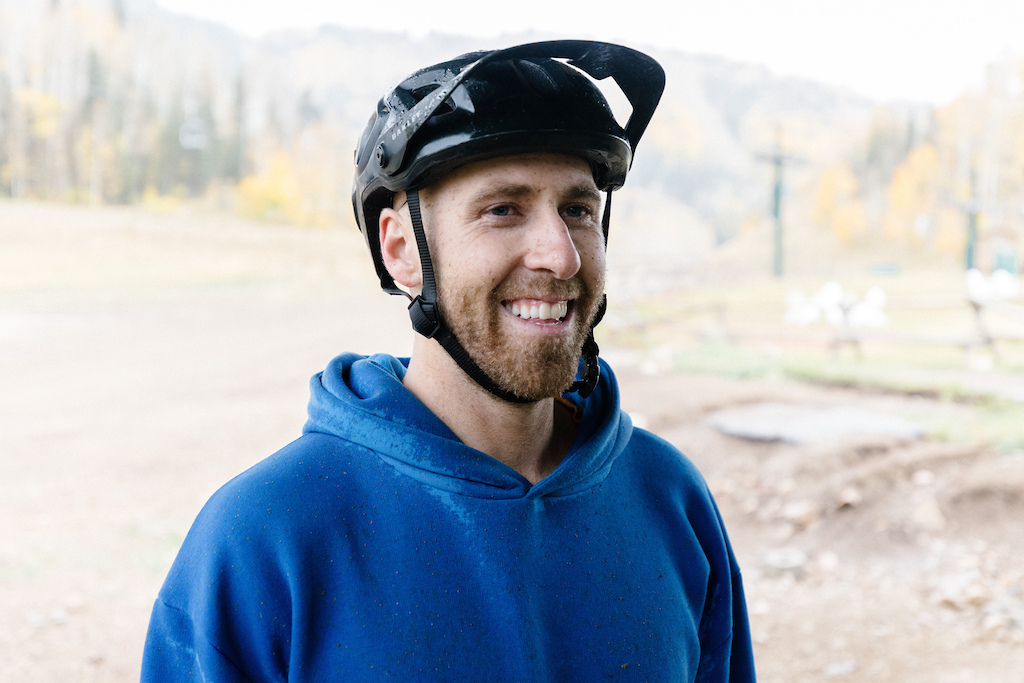 DrRiptide (Dec 8, 2021 at 9:01)
So, full face helmet on a dirt trail with some small jumps but a touque/beanie for snowboarding? As someone that had a brain injury snowboarding 20+ years ago I'll never understand why someone would still choose not to wear a helmet.

g-42 (Dec 8, 2021 at 10:20)
I was thinking the same thing - and then realized that in footage from competition on hardpack (slopestyle and such), he's definitely wearing a helmet, whereas in pow, he doesn't. Seems like pretty standard operating procedure for much of the freeride crowd. I'm with ya on being all about the helmet on snow; seems like a bunch of pro riders make a different determination. I'm thinking there must be an element of risk/reward calculation going on that goes beyond whether helmets or beanies look cooler, because frankly there's no looking uncool when hucking huge air in the backcountry, and helmets provide great opportunities to display sponsor logos. I'd love to hear the rationale; I'd think it would be something along the lines of less interference with air awareness or less swing weight or some such thing. I don't perform anywhere near that level on snow; in decades of windsurfing, I've made my own risk/reward decision that keeps the helmet off because the chances of my head hitting something hard are minuscule, but the helmet interfering, or making whiplash worse when getting flung are real drawbacks. Kiting, biking, skiing, snowboarding, though, I'd never go without.

mungbean (Dec 8, 2021 at 10:20)
I never got this too. Especially since many of us mere mortals wear helmets on the hill. ESPECIALLY after Marco Grilc’s unfortunate recent early passing.

sino428 (Dec 8, 2021 at 11:24)
@g-42: I'm not sure what the logic is. You'd think that if he can perform all those tricks on the slope course with it on then it shouldn't interfere with his tricks in the back country. Maybe they are required to wear one during comps?

From a practical perspective I've always found a helmet to be better in powder as well. If you are riding in a storm or even take a fall in powder the snow will stick to a beanie and its basically going to be soaked after one fall, while the snow will just brush off a plastic helmet.

lncorgnito (Dec 8, 2021 at 8:11)
@scott-townes: it's always weirded me out knowing that you're skiierman. It's like Jekyll and Hyde between here and there.

stevelloyd (Dec 8, 2021 at 12:06)
Patrol only blew up the snow portion of the jump many years ago after a bunch of dudes were filming on it. Chads gap is made up of mine tailings that shape the landing and take off with a road in the middle. When they build the jump it stands 10 or so feet tall on where the mineshaft used to be. But Chads gap can be built up any snow year if people want to put in the time to dig the snow.

fakeendurobro (Dec 8, 2021 at 7:28)
I would recommend his Bomb Hole episode as well. Dude is SUPER interesting.

MT36 (Dec 8, 2021 at 8:56)
@Abacall: I guess beyond ski patrol's intrinsic nature to cancel anything remotely fun and interesting.

popo822 (Dec 9, 2021 at 11:17)
2012/2013 i was working on a ski tour, we set up an airbag for Shawn White, His halfpipe had to be 300 meter from the nearest lift and not visible to any lift at all. That same day Sage was practicing doubles and triples right under the lift embracing every chirp and holler from the lift. A man of the people to say the least!

lowejw (Dec 8, 2021 at 10:29)
Sounds like some Altaholes are getting uptight that a snowboarder might be getting too close to their goods.

sino428 (Dec 8, 2021 at 13:15)
I randomly ran into him and his crew on the mountain in Jackson a few years ago. We cruised through dick's ditch behind them on a powder day and it was pretty rad to see. Those guys were just tearing it up. They were on another level.

trevmooore (Dec 9, 2021 at 18:45)
Best Interview ever, I love this I can totally relate on different levels. Seems like the best dude ever