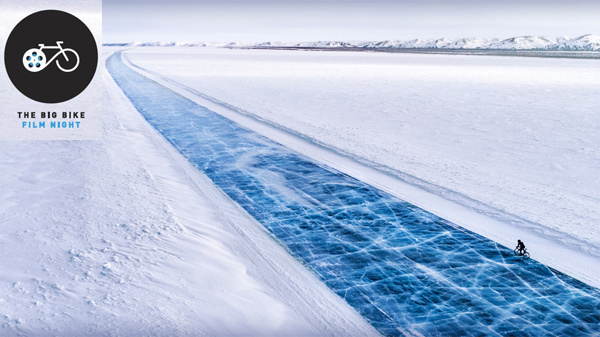 Pedalling across New Zealand next month, the dynamic film concept The Big Bike Film Night returns for 2018 with a breath-taking array of movies devoted to the bicycle and all who ride.

The Big Bike Film Night showcases a range of short cycling films from New Zealand and around the world; from the deserts of Oman to the Canadian Arctic Circle, with a selection offering plenty of appeal and thrills for riders and movie goers.

“It is a privilege and an honour to present our 2018 collection. This is our “4th vintage” and we have a stellar line-up with a smorgasbord of stories, a treasure trove of tales for those with an appetite for everything on two wheels” says Curator/ Film Pedlar, Brett Cotter.

“This entertaining event is a great reminder of why we love to ride our bikes by showcasing movies that celebrate the fun, adventure and inspiration that cycling enables. At its heart, these films draw upon true stories with universal human traits- those of character, hope, courage, discovery, and much much more with the humble bicycle the unifying factor throughout” says Brett. 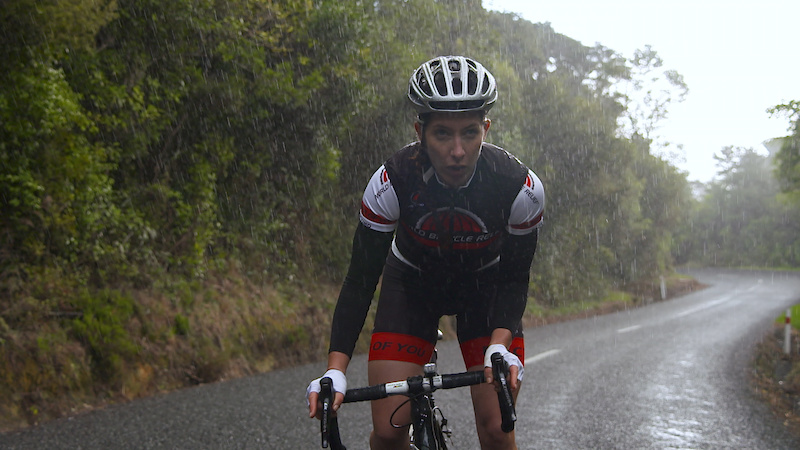 Selected by a panel of Kiwi film and bike buffs, Brett says to expect action, drama, humour and plenty of inspiration in the 2018 compilation. There are 13 short films being shown ranging from 2 to 26 minutes in length, including a number of New Zealand premieres’ and International award winners.

The line-up includes an ambitious journey across the harsh desert landscapes of Oman; a New Zealand female road cyclist who believes in the power of bicycles; double-trouble with twin uni-cyclists strutting their stuff; 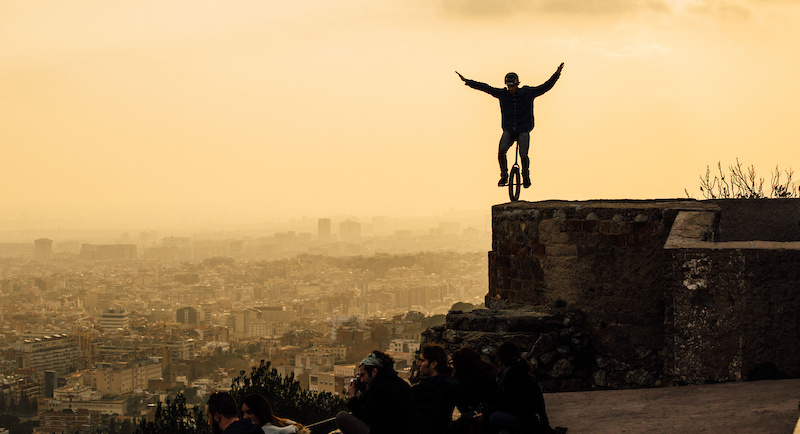 Kiwi BMX riders with a passion to see the youth of today succeed; a beautifully charming narrative that shows an artisan Italian frame builder who puts his heart and soul into building bespoke bike frames; and the remarkable story of an American Cellist who challenges the notion of limitations by travelling over 6,000 kilometres by cargo bicycle.


Mountain bike fans are also in for a treat with two movies featuring arrestingly beautiful landscapes and world class riders. “To see these on the big screen is something else, they’re mesmerizing films,” says Brett. 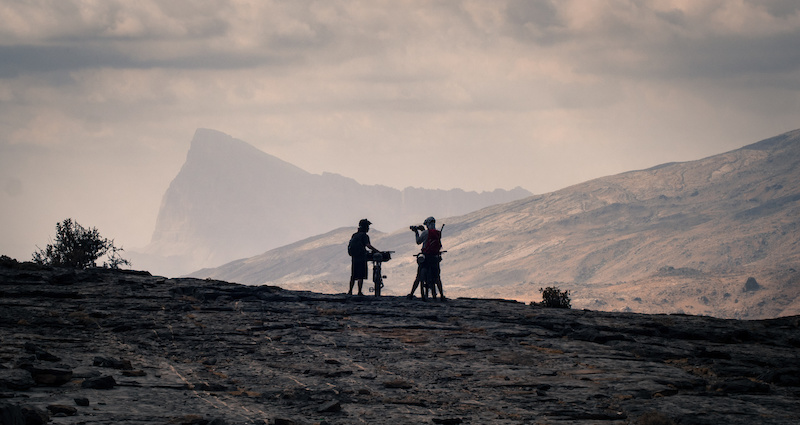 Brett says he’s particularly excited to showcase “Escape” a Canadian short documentary on JaBig, a Montreal-based DJ and his fixed gear bicycle ride in winter across Canada, coast to coast to coast.

“JaBig buys a single speed fixed-gear bike on a whim and then decides to beat the world record for the longest continuous bike ride in a single country. This movie, however, isn’t about the quintessential hero or the quest to break a world record; it’s about vulnerability, and what we do with the weight of the expectations in our lives.” 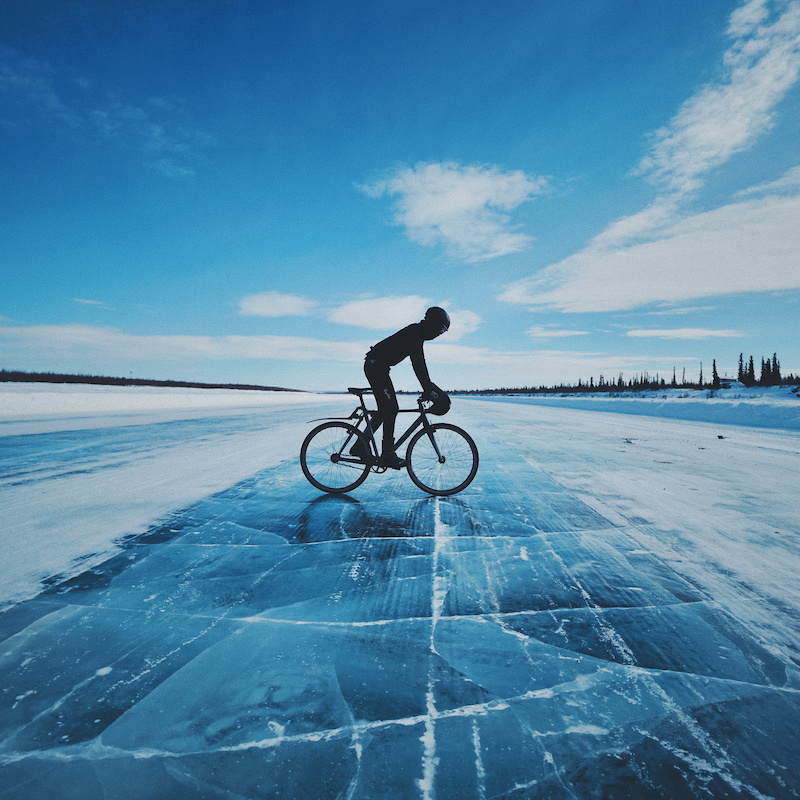 “Our event celebrates cycling in all its glorious shapes and forms. There is some cool stuff here I think everyone should see, it will whet your appetite for all things bicycle related and I’d even go so far as to say it’s bike-alicious!” says Brett 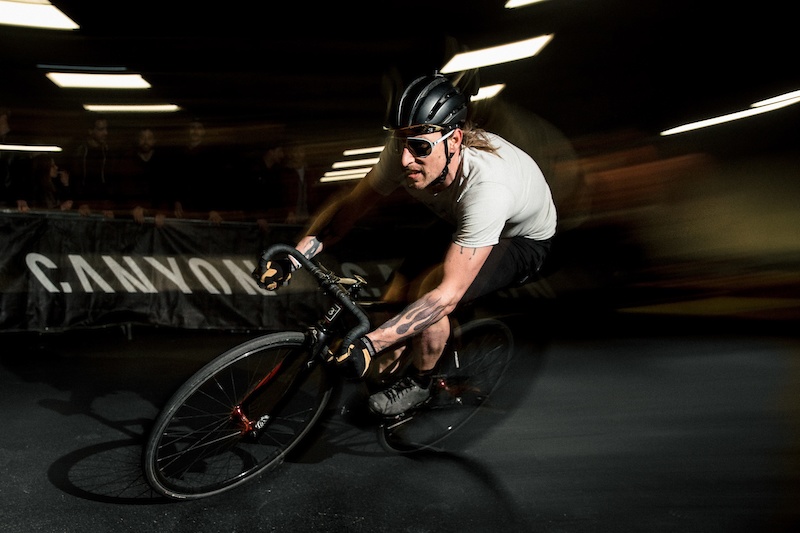 The 2018 season screens around NZ from 9 April to 31 May; several locations still to be confirmed. 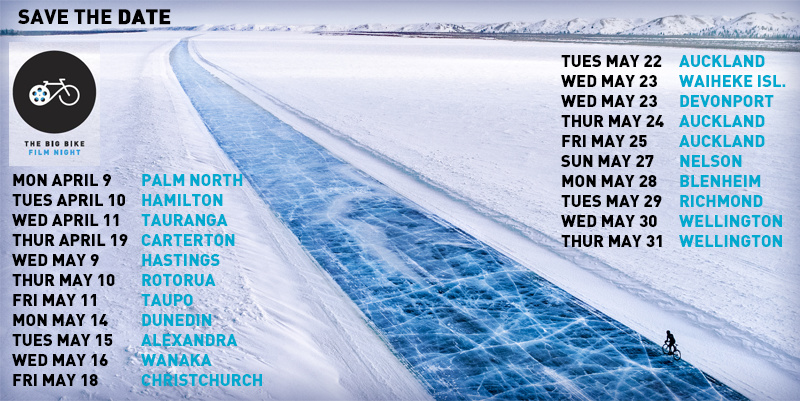 For more information on the Big Bike Film Night, and to buy tickets go to www.bigbikefilmnight.nz