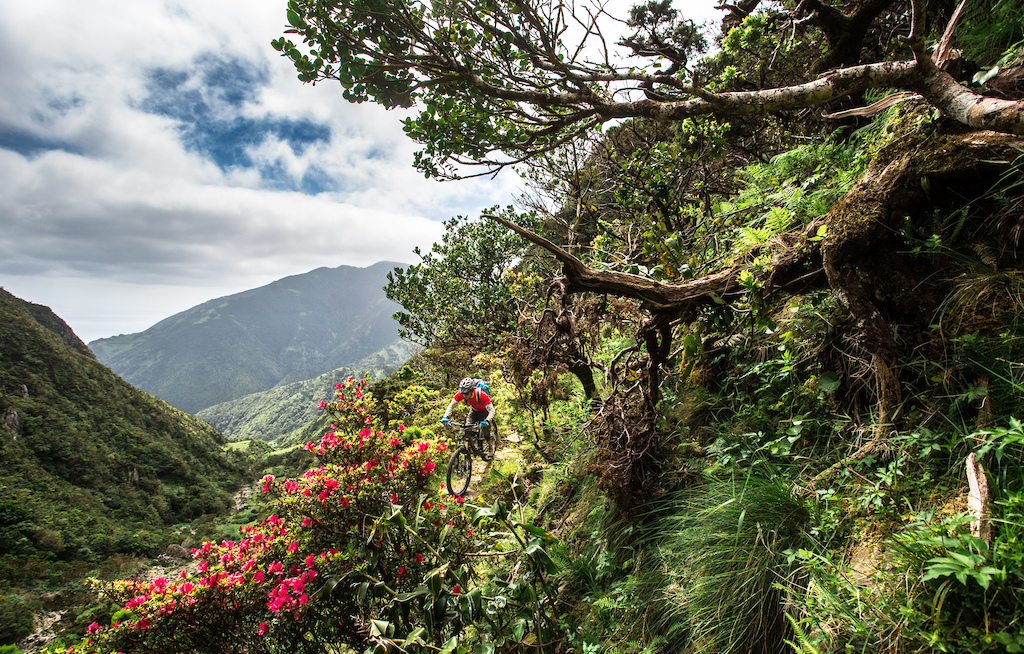 RavenEyePhoto
Where the hell are the Azores? Seems to be the initial response any time I speak of our trip, a question echoed at times even by flight attendants. Like the legendary island of Atlantis, it seems no one quite knows where the islands are.

According to Plato's legend of Atlantis, he puts the mystical island far west of the "Pillars of Hercules" (Strait of Gibraltar), follow his instructions on today's map and you will find the islands of Azores. Which led to many scientists and theory fans to fantasize about the location being in the Azores area, lending also to many debates to the truth of it. True or not, we may never know, but we did grow up hearing legends about Atlantis and the formation of the Azores to be connected. We just thought to honour that heritage for an epic adventure far west of Europe in the Atlantic Ocean. A trans island adventure, a blind mountain bike race, hopping from island to island, exploring the uniqueness of each island among old and new friends.


Only a hundred gladiators will be allowed to battle through the six different areas on five different islands of the archipelago. Riders will race against the clock on blind stages, trough a mix of technical, flowy singletrack, rocky ancient trails, downhill trails with features like drops, jumps, road gaps and many more. 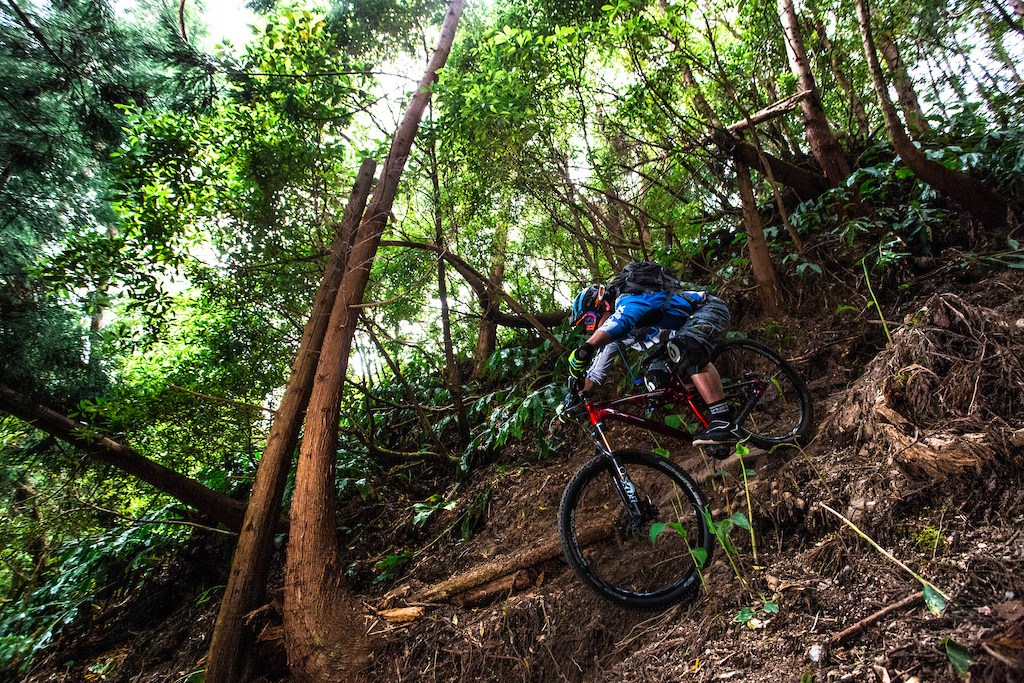 RavenEyePhoto
The camp is located in the beautiful village of Sete Cidades, São Miguel island, a village inside of a volcano crater, where the legendary Lagoon of Tears lives. In one side a blue lagoon and the other a green. 5 stages to warm up for the week.

A mobile camp will be set on different location when necessary, a staff team will do it while you racing, they will set up on the next campsite and carry your bag as well. Every rider will have a 3 man tent, a big air mattress and pillow for the duration of the race. Because we believe a good meal is always very important, breakfast, lunches and dinners will be prepared by chefs of local restaurants and catering companies, cooking traditional Azorean cuisine. 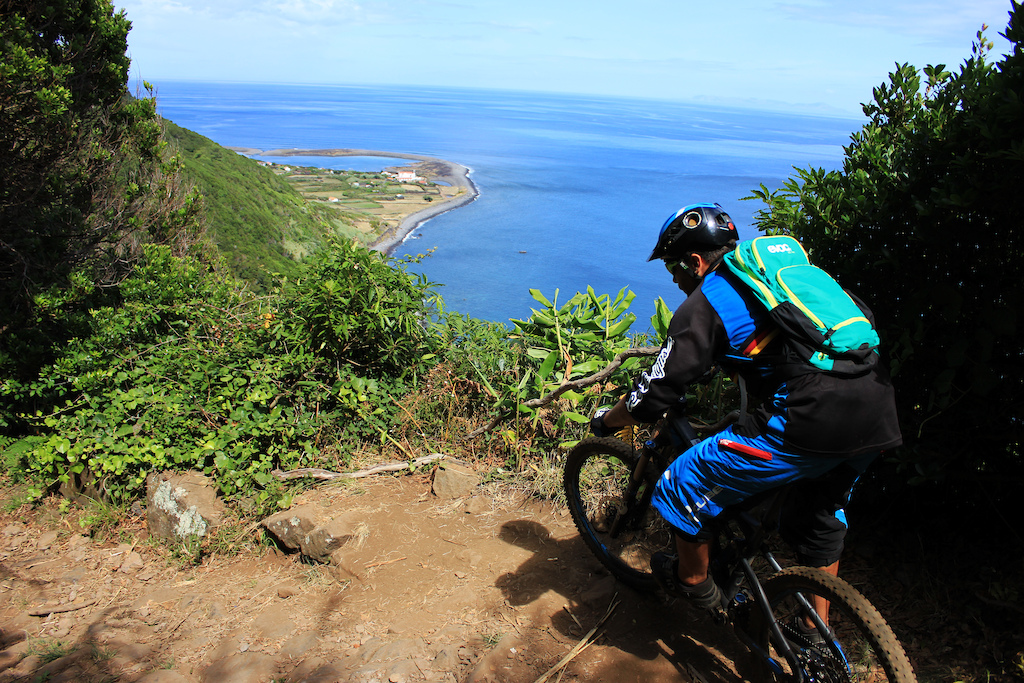 Lilía Almeida
Waking up on São Jorge island, on the north coast, looking at the ocean, Famous for its trails on the coast. Up to 6 Stages around its sides

Stages and Liaisons will be marked with visible signs and tape to show you the way. A system of danger signs on the stages will be explained to you in the race book when you sign in. Because to marshall all the course is impractical, self-awareness is required at all times, additional GPS tracks and maps will be provided as well. A sweep medical system will be used as well other safety systems. 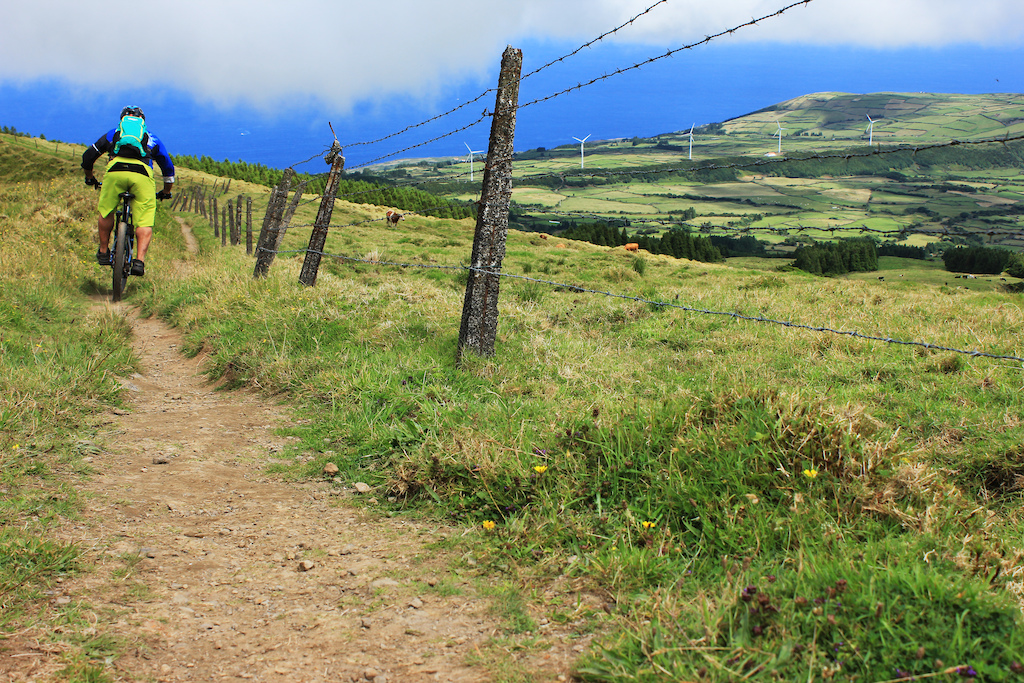 Lília Almeida
Faial Island is famous amongst Atlantic sailors as a good safe harbour to stop and refuel. We know as the island of some of the best hand built trails by a solo enduro shredder that lives on the island. Six stages on this amazing small island

We believe that enduro mountain bike racing is a social event, fair play and goodwill on the trail and through all the event is expected. For example assisting a fellow rider in need of medical aid or other, respecting the marshalls, race marking and fellow competitor is in the spirit of good karma of the event. 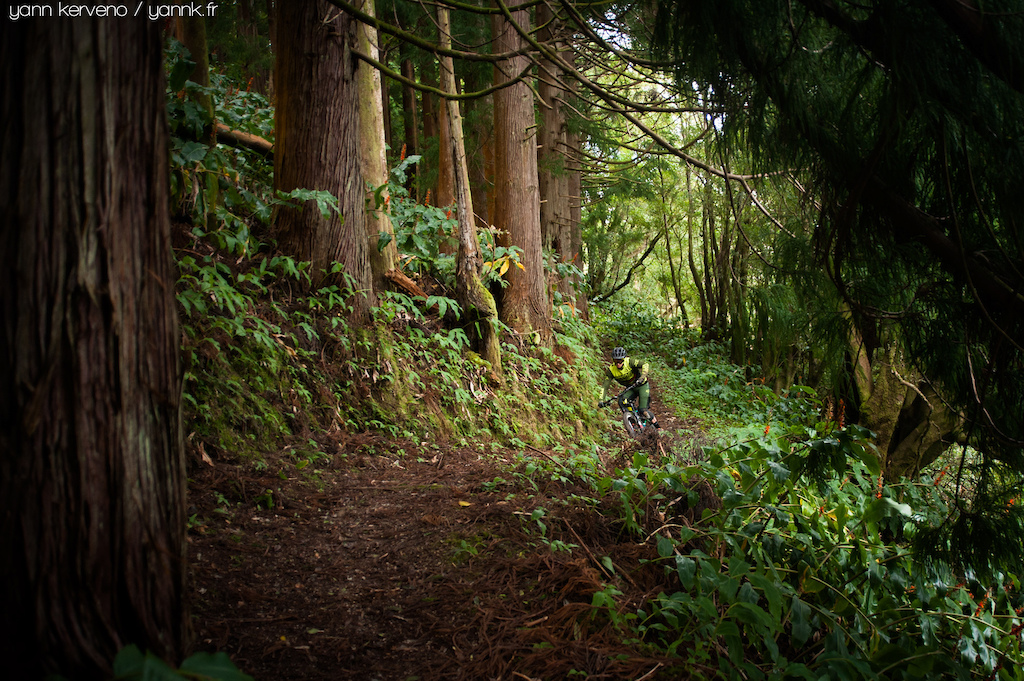 Although the event is based on islands with short trails and connections, shouldn't be taken lightly, a good amount of fitness is required to complete the event and be able to pedal for hours on the bike and still be able to race the stages in a safe way.

Riders will have to start racing every day around 08:30, climb around 1200m and master the technical traps in the stages. 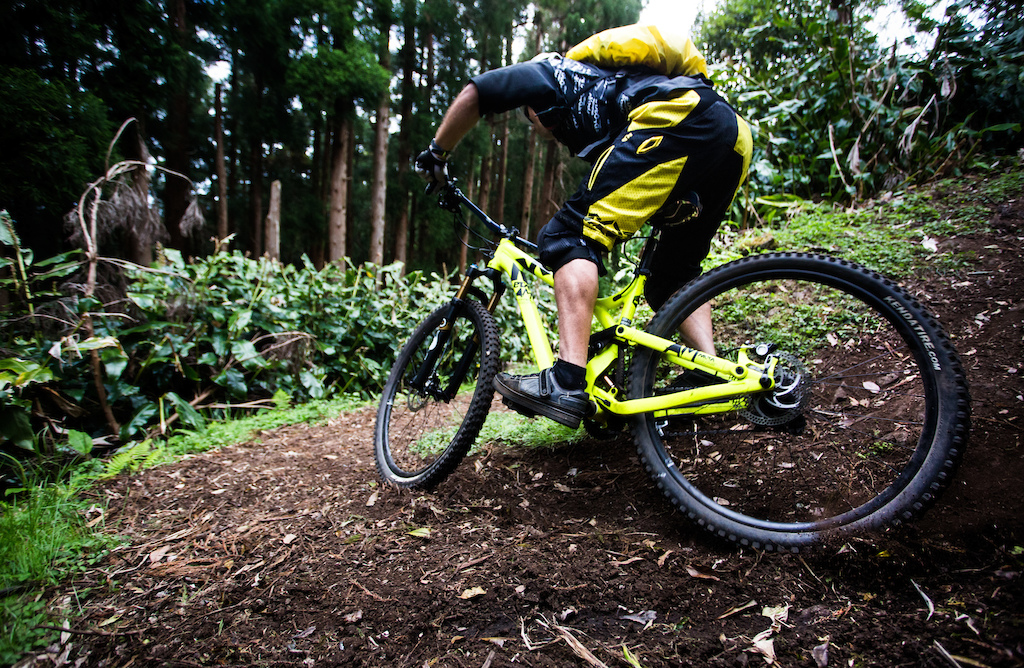 Santa Maria Island is a summer destination for all Azoreans. Here the island is more blessed with sunny days. Being submerge underwater for years, the landscape of the island will make the day with the most diverse terrain. Six stages on this sunny island

A combined of the total prize money will be 6000€ to divide among men's and women's categories. 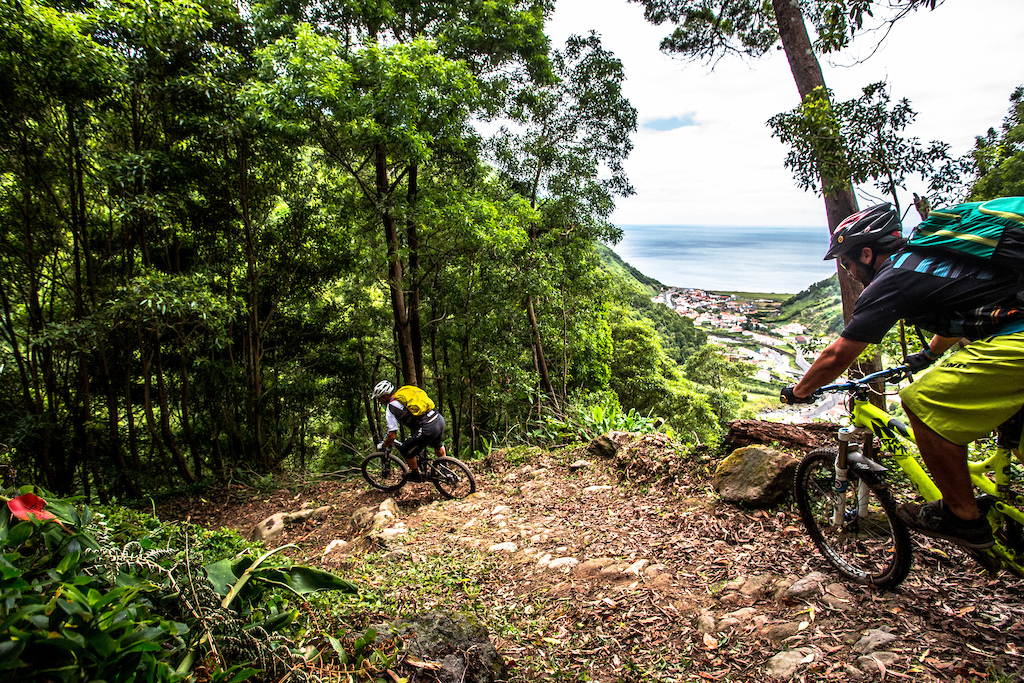 RavenEyePhoto
Back on São Miguel island for the final day. This time in the ancient village of Faial da Terra, where ancient rocky trails await for the last surviving gladiators. Six stages on this rocky ancient village