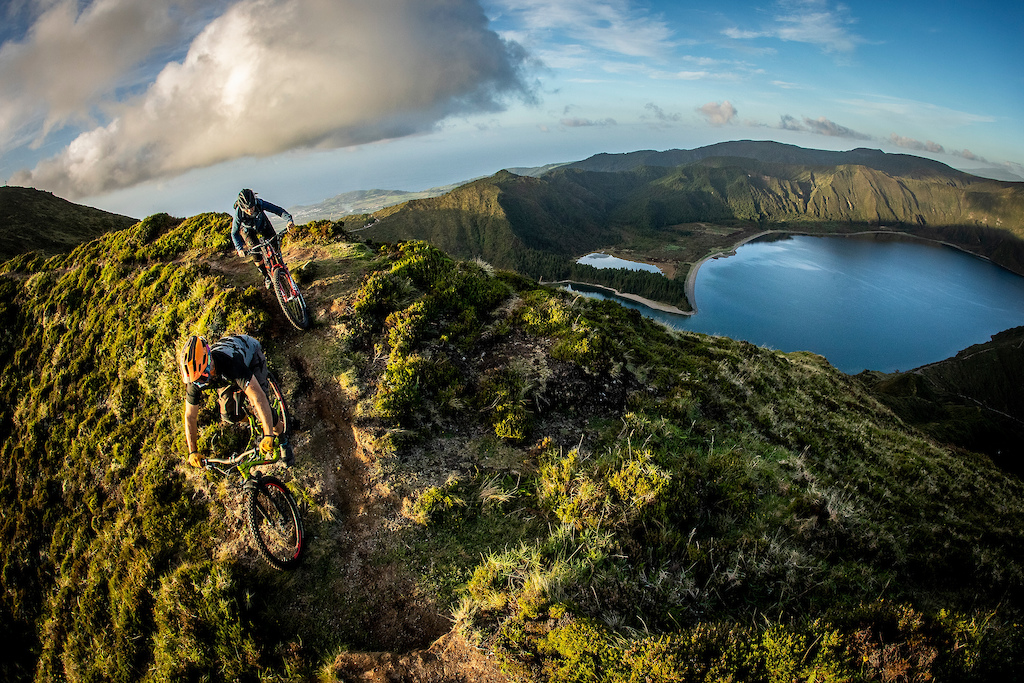 A brief reading of Plato's story about Atlantis tells us, if you travel west beyond the "Pillars of Hercules" (Strait of Gibraltar), you would find an island larger than Libya and Asia Minor protected by the sea god Poseidon and ruled by his son King Atlas.

In reality, if you draw an almost straight line from the Strait of Gibraltar to the west in the Atlantic Ocean, you will come across an island, or more accurately a group of islands, The Azores. Accessible with short direct flights from both North America and Europe.

We also grow up with legends and theories surrounding the birth of the islands and many of them linking us somehow to the legend of Atlantis. To honour that heritage we named it Trans Atlantis: A Journey Across the Azores. 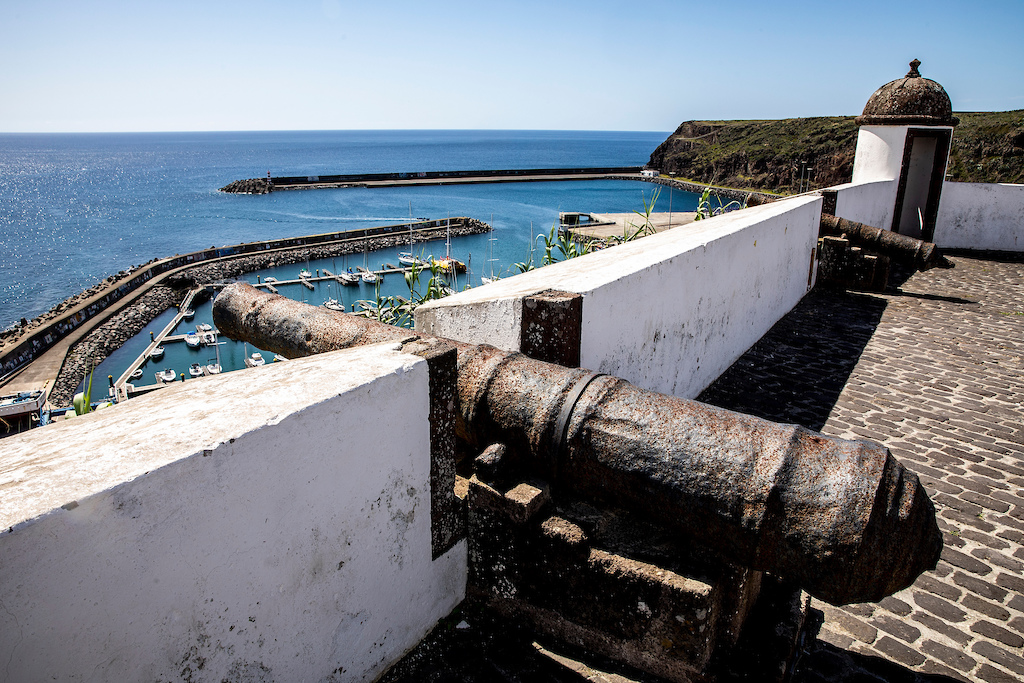 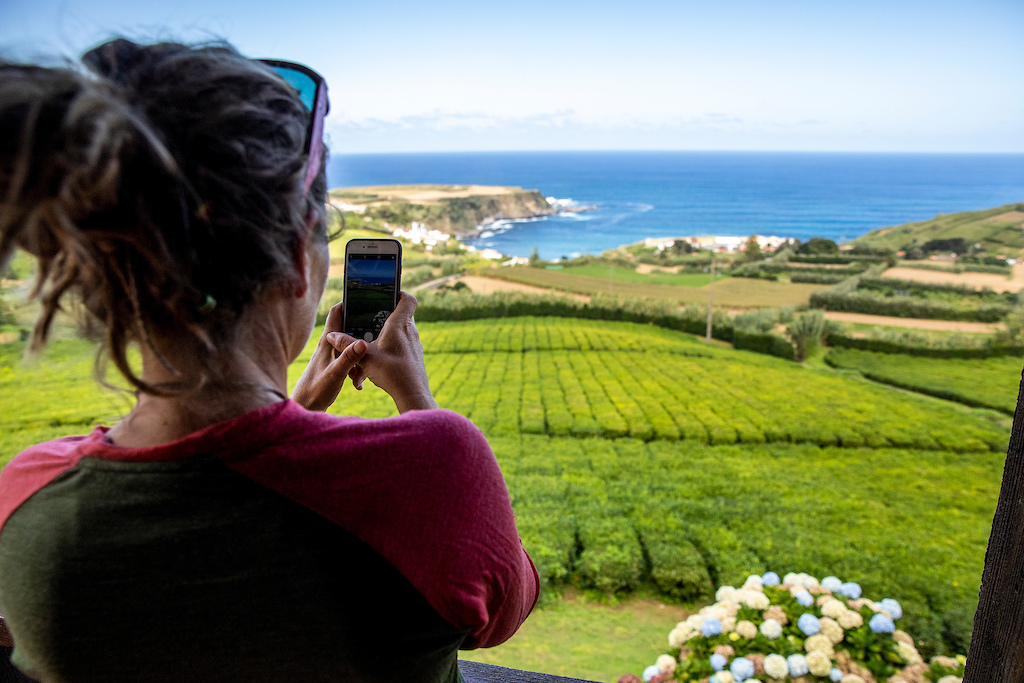 100 racers will start their journey on the island of São Miguel and then adventure on 4 more islands, each with their unique character and trails, before returning, on the final day, back to São Miguel. The journey will take place from 9 to 14 of September 2020. Over the six days, competitors will race four to six stages a day, varying from 500m to 7km in length. There will be a mixture of tracks, from flowy purpose-built tracks, lush jungle single track to technical rocky trails along ancient trade routes.

Racers can look forward to riding around 250km over the week with about 60km of that being on timed stages with roughly 1300 meters of elevation gain per day. 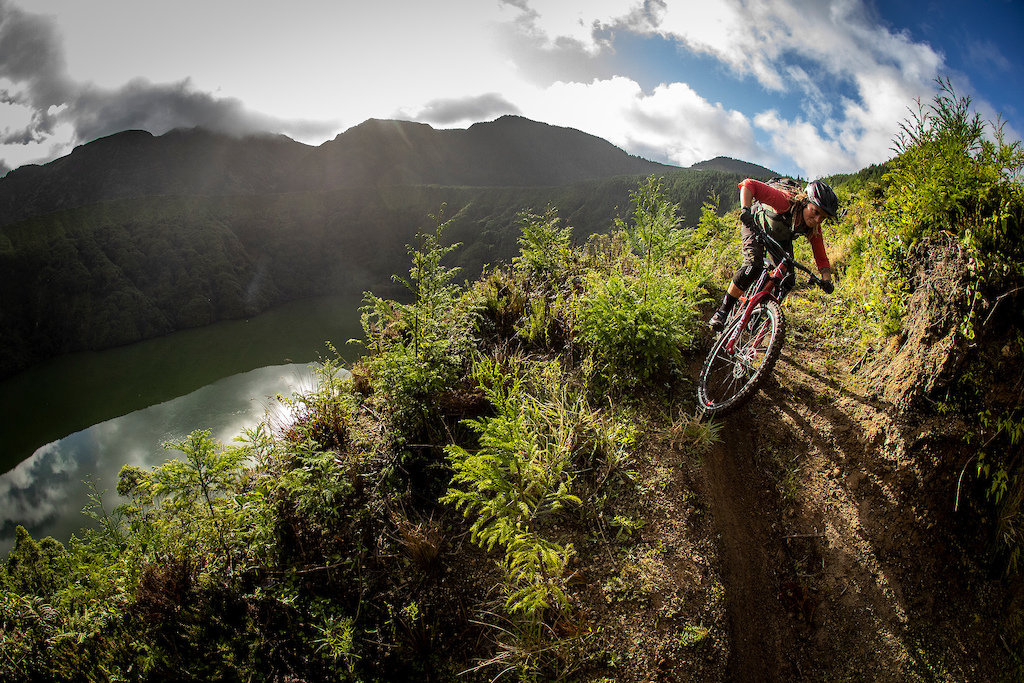 Praise the legends that a fairy witch used to live here

While you are out riding the mobile camp will be set up each day, and your bags and tent will be moved for you. Each rider will have a large three-man tent, a big air mattress and pillow for the duration of the race. Multiple service tents, offering massage, bike and mechanics service area and chill zones will make up the village.

Because we believe a good meal is always very important, breakfast, lunches and dinners will be prepared by chefs of local restaurants and catering companies, cooking traditional Azorean cuisine. There will be strategically placed refuel stations on the route too. 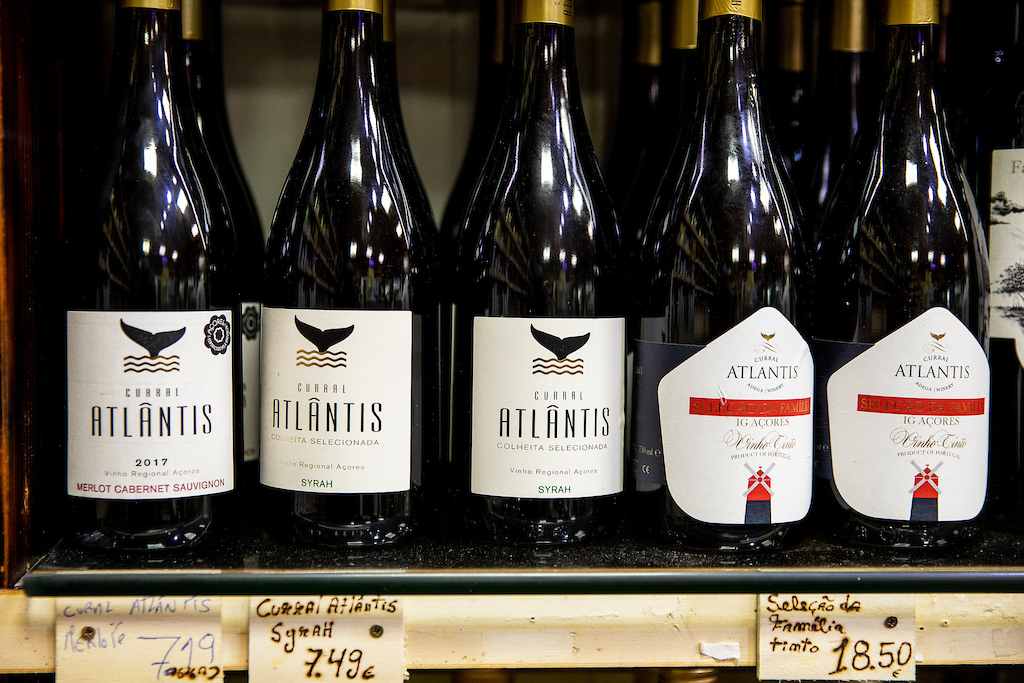 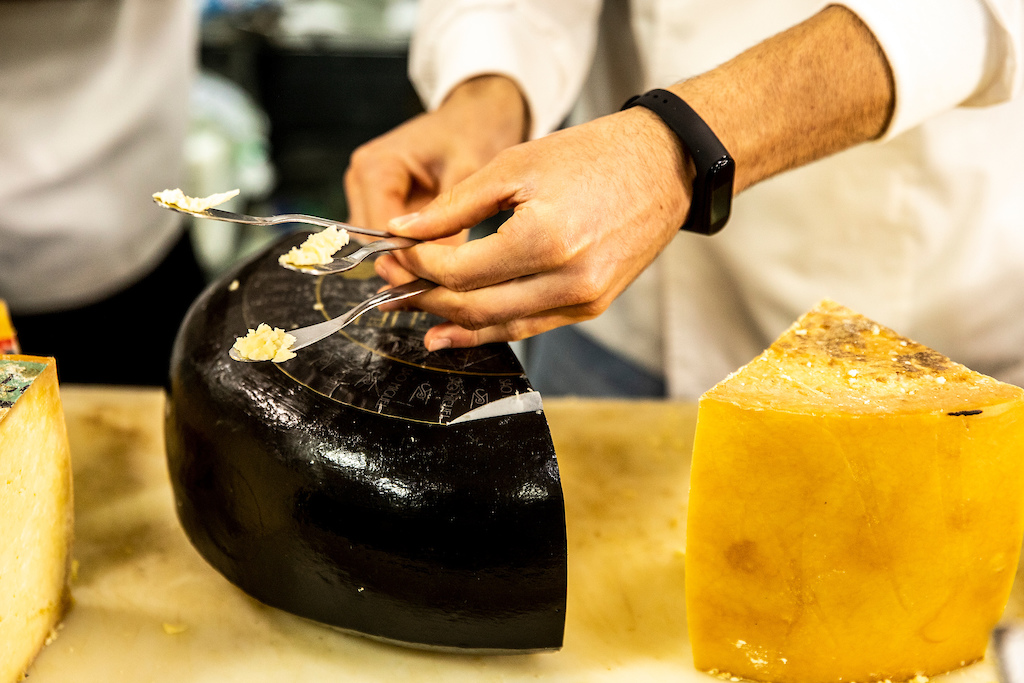 Don't worry! We will have a bit more than just cheese and wine for meals
"In order to win, you have to first finish"

Safety is our first priority but it's still an enduro race, so we will be prepared with a professional medical team on camp and a rescue team with 4x4 following the route as well as medical riders on course. Stages and liaisons will be marked with visible signs and tape to show you the way. A system of danger signs will also be used for course marking which will all be explained in the racebook when signing in. 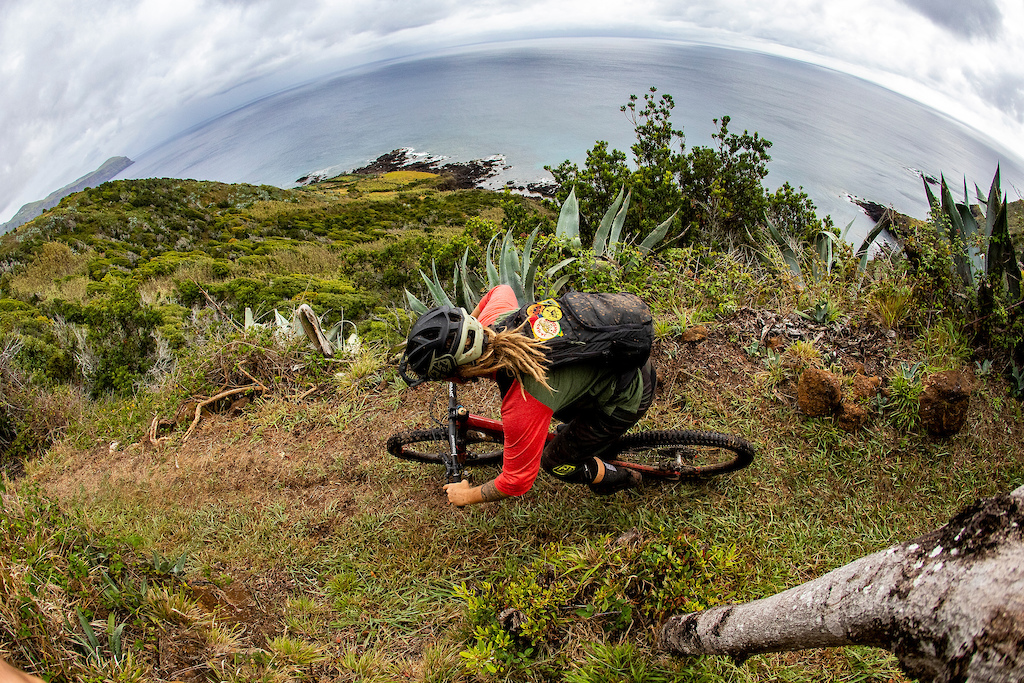 Anka riding on a trail that, much like Atlantis, was under the ocean
Be fit like a gladiator! Well, or almost.

Although the event is based on islands we do have mountains and volcanoes so the trails and route shouldn't be taken lightly, a good amount of fitness is required to pedal for hours each day and still race the stages safely. To help you achieve the necessary fitness, riders who enter will receive a cross-fit plan to ensure you enjoy the week and finish strong. 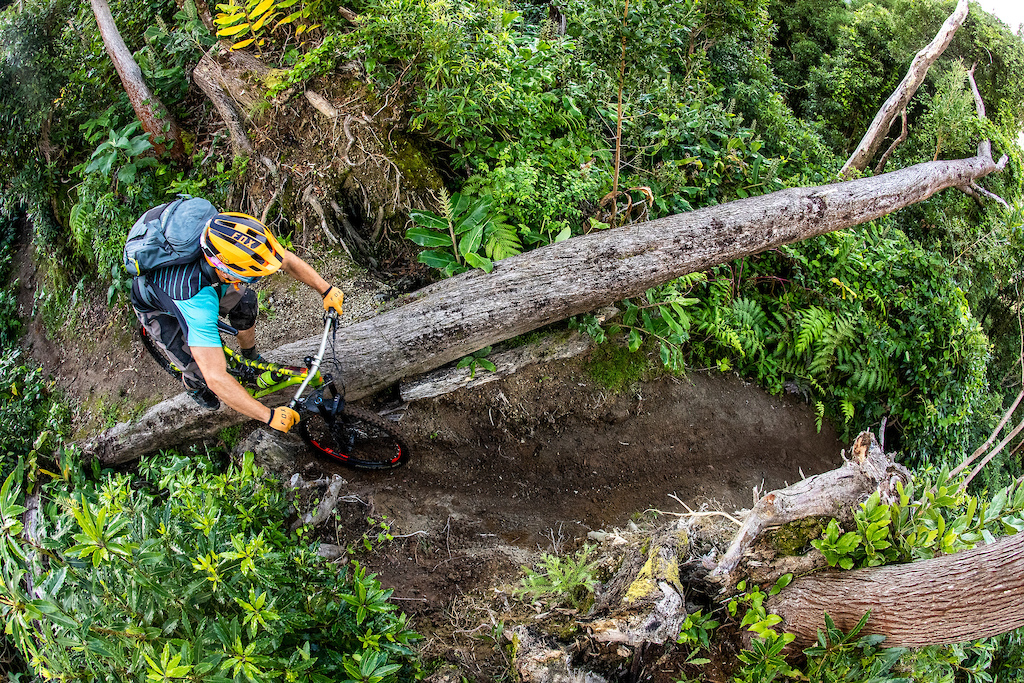 We're not saying you need to be strong enough to put trees down! But... it couldn't hurt.

You will not need to make animal sacrifices or other to enter the race, just simply head to www.transatlantisrace.com and hit the register button at March 1st at 00:00 AZOT.

Although no ritual sacrifices are needed, we do have a limit on entries and for how long they'll be open, so best not to waste any time. 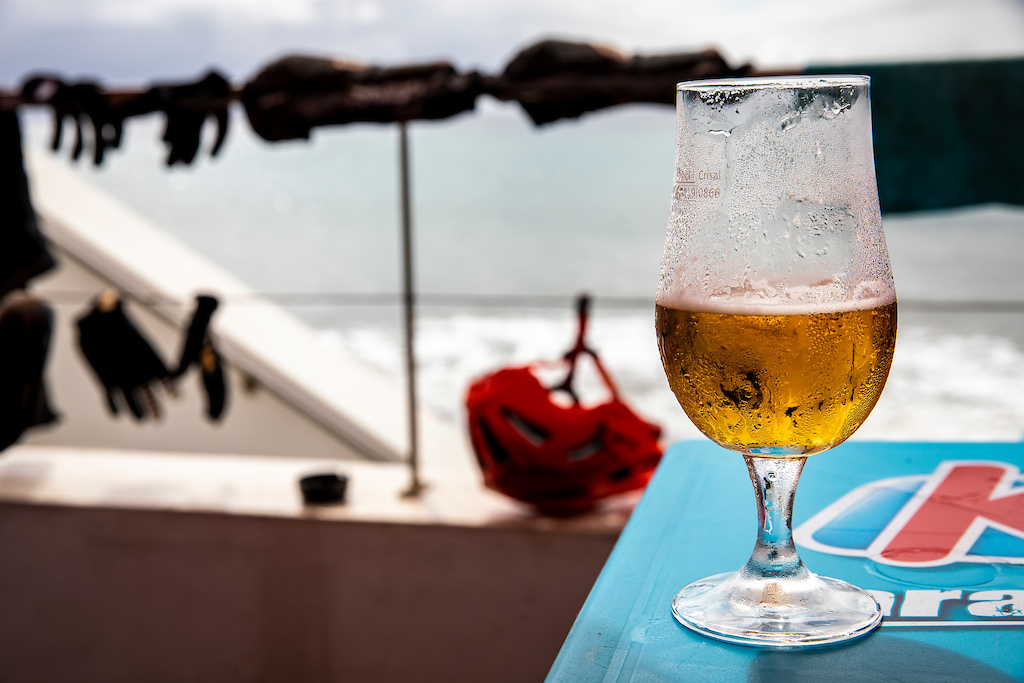 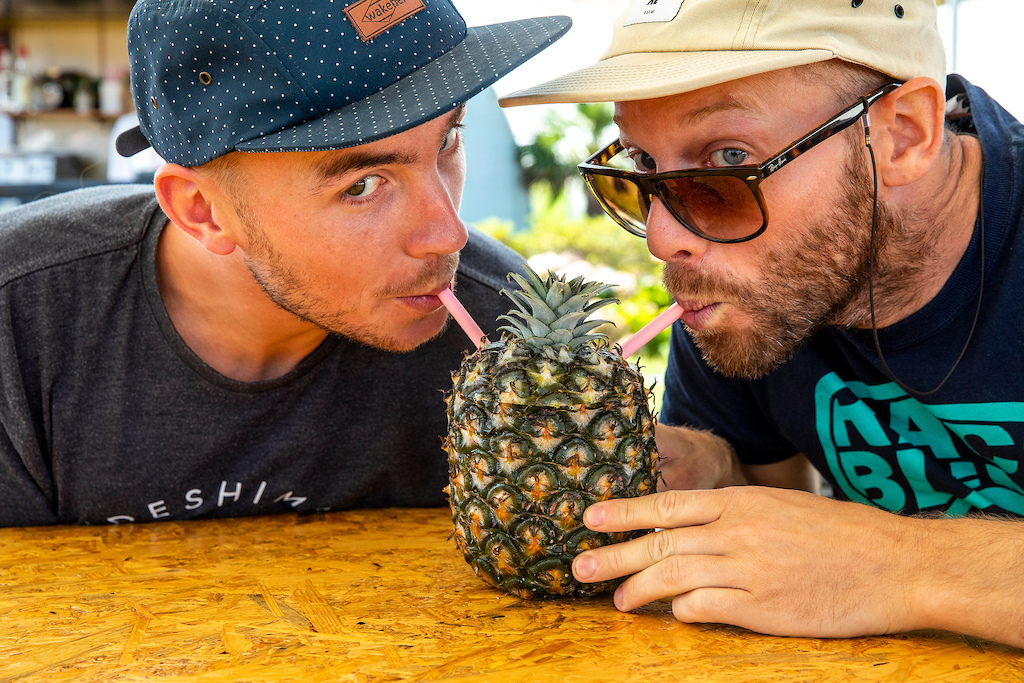 At the end of the journey the 3 fastest riders in both men’s and women’s categories will receive equal rewards from our, generous sponsors and we will have a finish celebration that would make Baco blush. But ultimately, the reward will be the smiles at the end of each day. 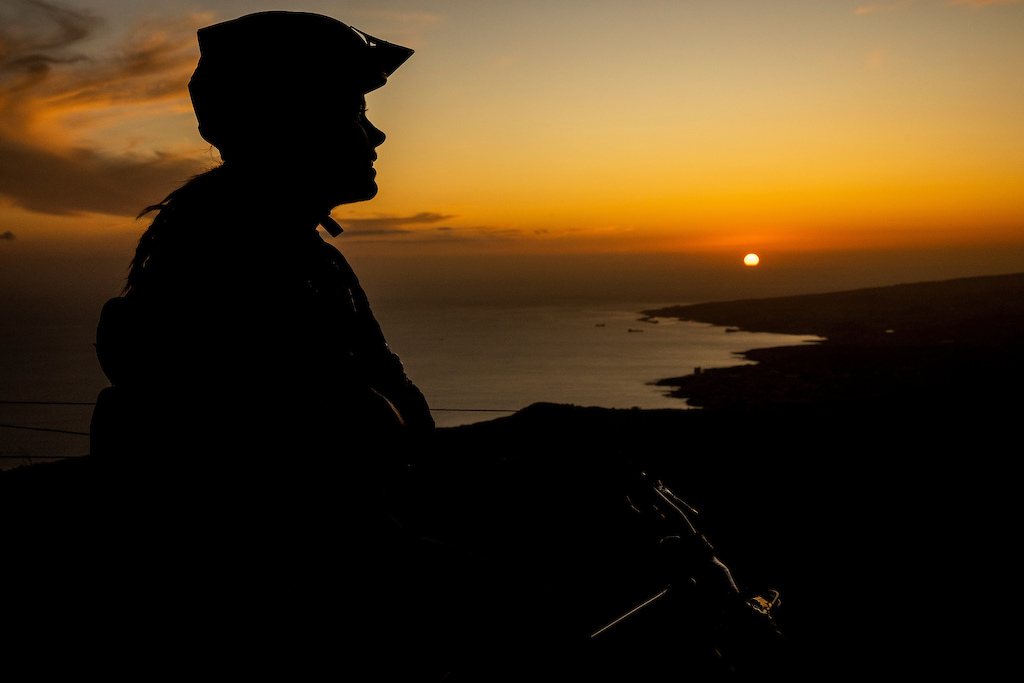 If the warriors are worthy, the gods may reward us with sunsets like this
Follow us at @transatlantis_

So crazy that the two of them had never ridden MTBs when they met, and both ended up riding as pros for a period. Testament to crossover effect of gravity/extreme sports (since Sven was a pro skater).

StevieJB (Feb 13, 2020 at 3:49)
When I visited I didn’t have my bike and wish I had, stunning islands what I did notice though driving along was a proper full on DH track sign posted on the side of road, sign stated Down Hill track Grade Black and block picture of full face helmet with a green tick next to it and a picture of a Road bike with a Red Cross through it - amazing.

themountain (Feb 14, 2020 at 1:38)
@alexander80: Well St.Miguel and Terceira are the most frequented islands because they have the bigger airports. If you want to go there start in St.Miguel and then take the boat to the center Arquipelago(Faial,St.Jorge,Pico) three islands ...very different from each other

alexander80 (Feb 14, 2020 at 3:56)
@themountain: Thank you very much. As a school boy I once made an essay about the Azores. Always loved these islands and would like to visit them one day