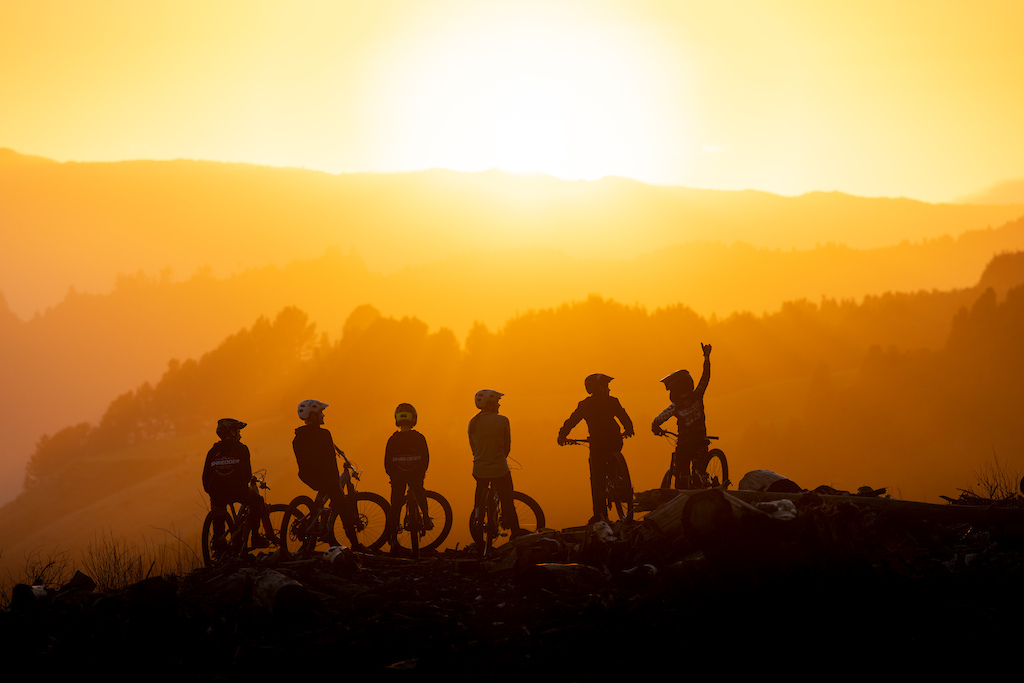 If a picture paints a thousand words, then, Graeme Murray’s images are worth millions.
And if you’re a fan of mountain biking, worldwide, there is a very good chance you’ve seen one of his photographs.
He’s been documenting the sport and some very important events in Rotorua and New Zealand for over 25 years.
And now, just in time for Christmas, he's dropped another calendar of beautiful MTB imagery from his 'happy place'. 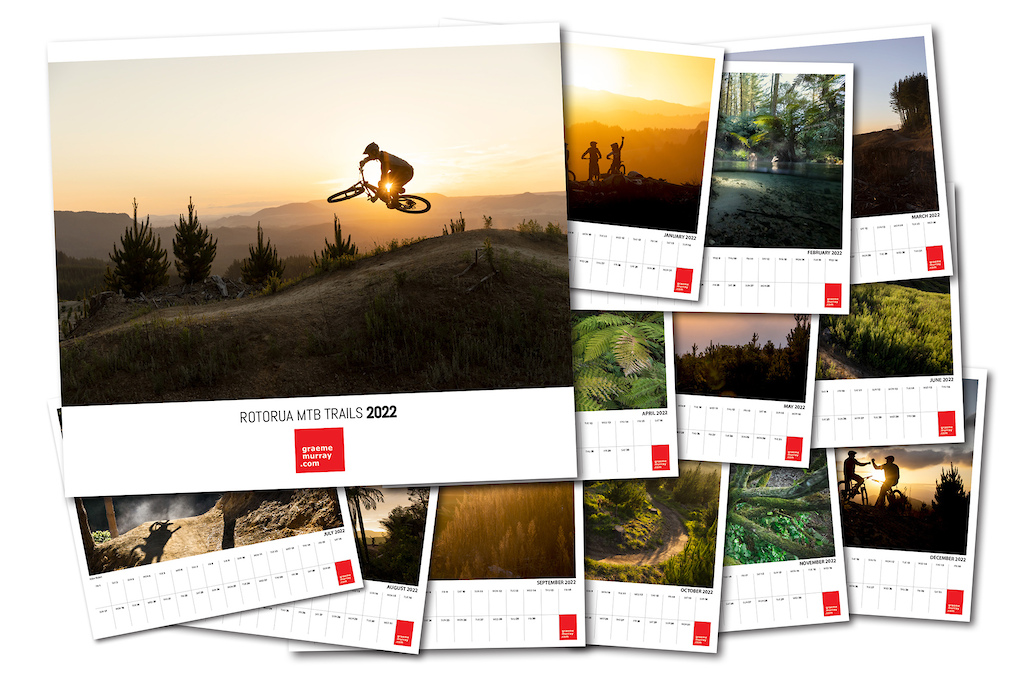 They all illustrate his unique perspective, spatial awareness and visual genius: where most of us see a view, he sees a rider in that view.
The calendar also shows his commitment to the shot.
There was no ‘client’. He did it in his own time.
"This is a personal project I create for fun to show off the stunning Whakarewarewa trails," he says. "Thanks to all the riders for their time."
The results justify all that work. Photography as Art. 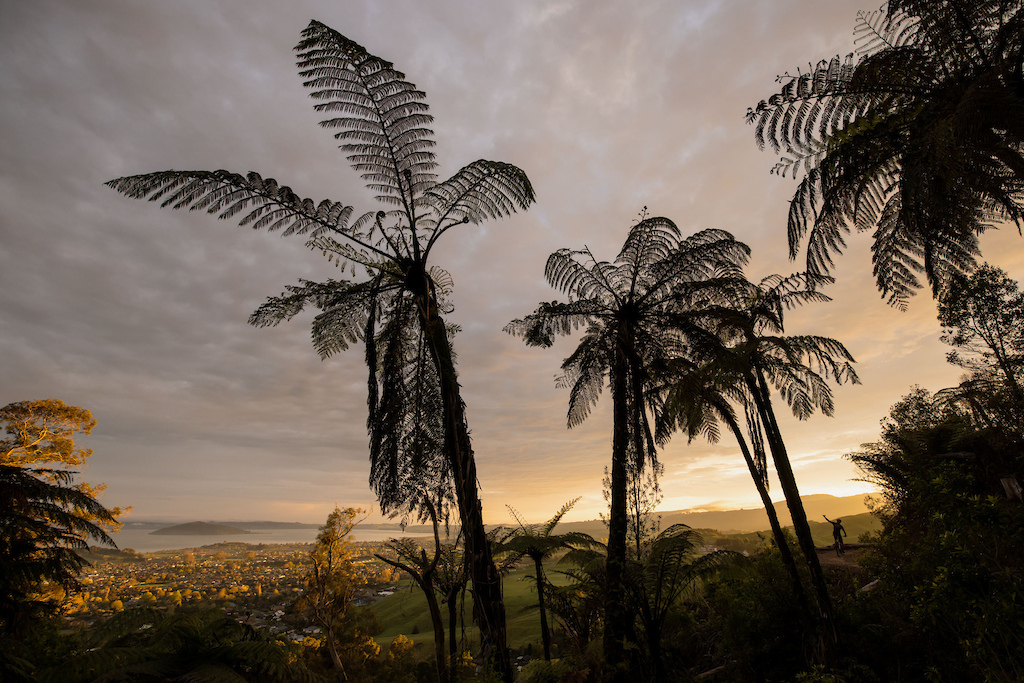 “I feel like the camera is an extension of my brain...getting that perfect shot, capturing that ideal moment in time. I’m always looking for new ways of telling the story. With mountain biking the inspiration comes on a ride. Until I get the shot I can’t get it out of my head.
"It’s a never ending challenge.”

Graeme’s early beginnings as a professional photographer in the mid-1990s coincided with the first boom in mountain biking.
Growing up in Rotorua, living an outdoor life, it was natural that he and twin brother, Dave, would be drawn to the sport.
Both competed nationally and internationally.
It was also natural that Graeme would start on his journey portraying the sport and recreation as it grew... and grew...and grew.
His boxes full of slides (yes, film!) are a chronological history of those pioneering days.

Into a new millennium, the work continued, often for love.
Graeme’s photos were a key component of the promotion of the 2006 UCI Mountain Bike & Trials World Championships in Rotorua, when New Zealand mountain biking first took centre stage, round the globe.
A video he created using a lot of those images resulted in oohs and ahhs from a crowded media room in Livigno in Italy at the 2005 Worlds.
Graeme shot all through the week of the championships in 2006, delivering a heap of images every evening for upload to the event website.
Over the 7 days those images were viewed 1.2 million times.

It was the same with the next major international mountain bike event in Rotorua, the 2010 Singlespeed World Championships, a far more light-hearted event.
Graeme provided imagery to support two lead in events, the 2008 and 2009 New Zealand Singlespeed Champs.
In 2010 he captured the eccentricity and sense of humour in a series of portraits of extravagantly costumed riders for a feature in Red Bulletin magazine.
And when Red Bulletin named Rotorua as one of the top 8 MTB destinations in the world the photos used to illustrate that were…Graeme’s.

He doesn’t only photograph the trails – when he's in town, he rides them most days.
And he’s often out there on the right end of a shovel maintaining his favourite, Hot X Buns.
He was on the original build crew on Good Friday 2004.

Graeme is a supporter of the Rotorua Bike Festival and also provides images to both the Rotorua Mountain Bike Club and Trails Trust to help them get their message out.
“That’s all just giving something back to a place that has given me so much." he says. "Growing up and living my life in Rotorua is something I am really grateful for – it’s a great environment and community. I can go surfing on the coast or a stand-up paddle on the lake and a ride in the forest, all in a few hours.
"And then, of course, there’s that massive ‘studio’ called the Whakarewarewa Forest.”

If you're lucky enough to be in Rotorua, calendars are in-store at Cyclezone, Ride Rotorua Store and Bike Culture Rotorua.
And online from Cyclezone.
More from Graeme's website. - not just MTB! 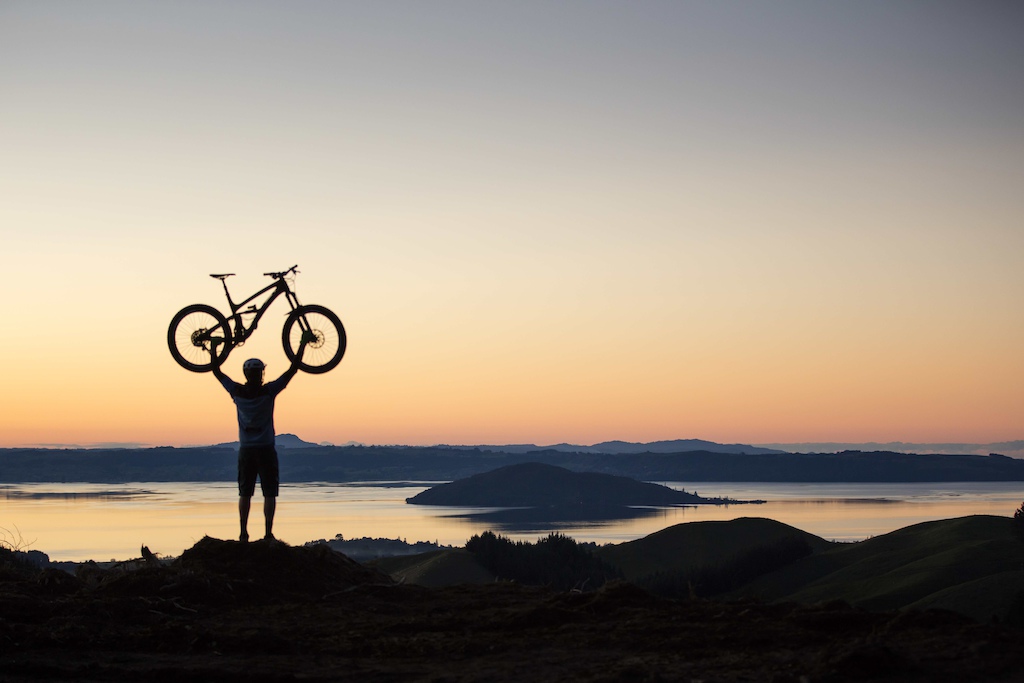