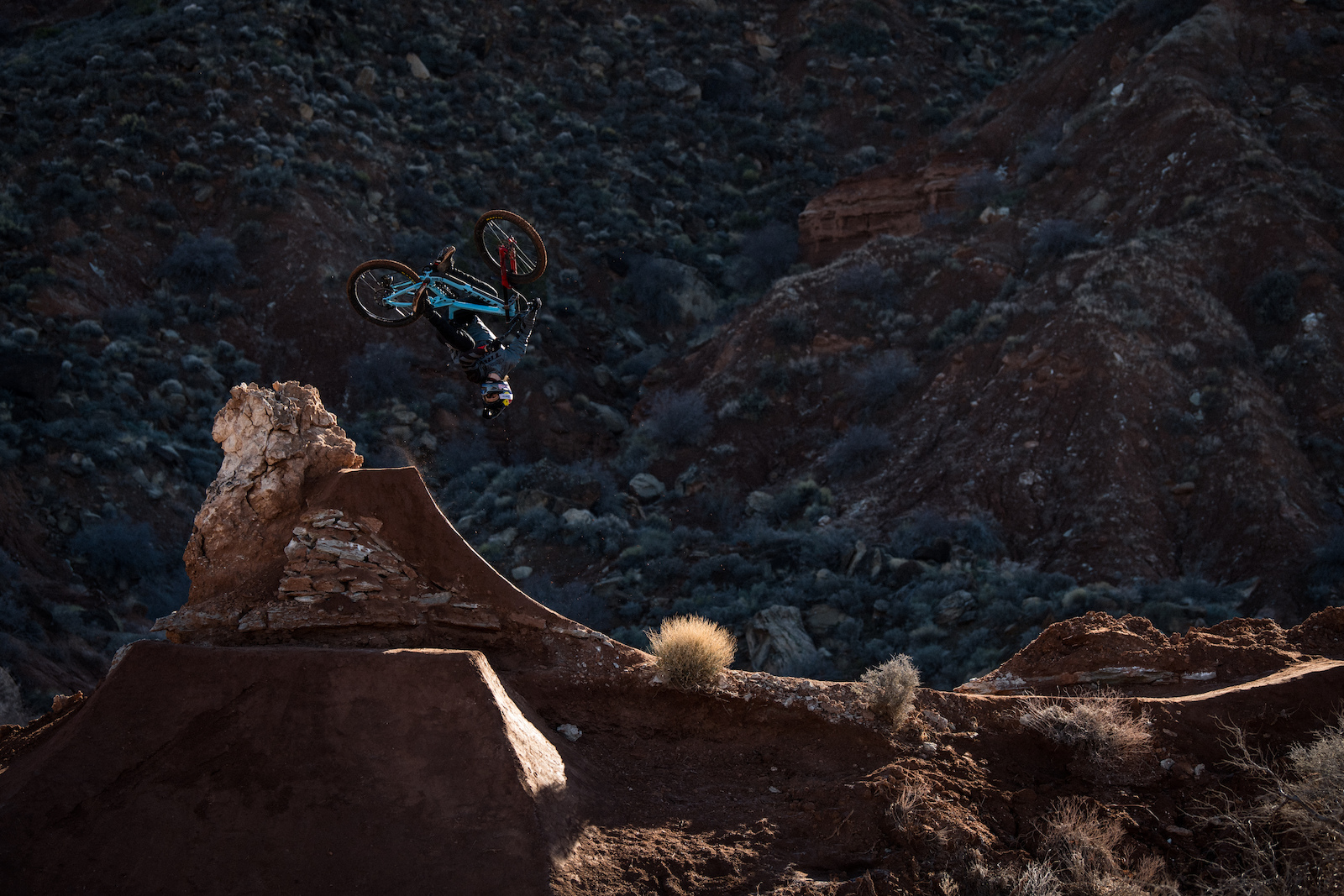 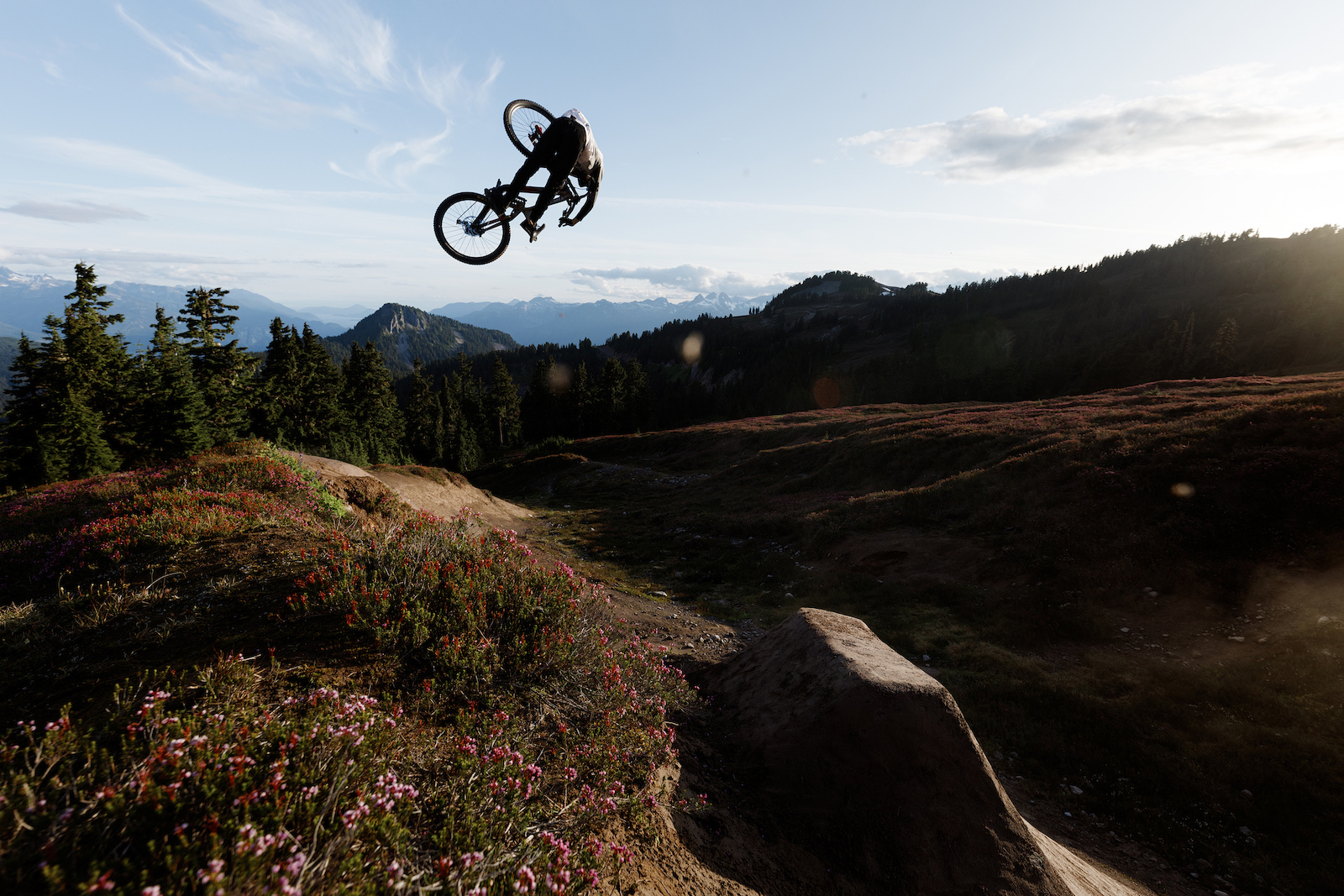 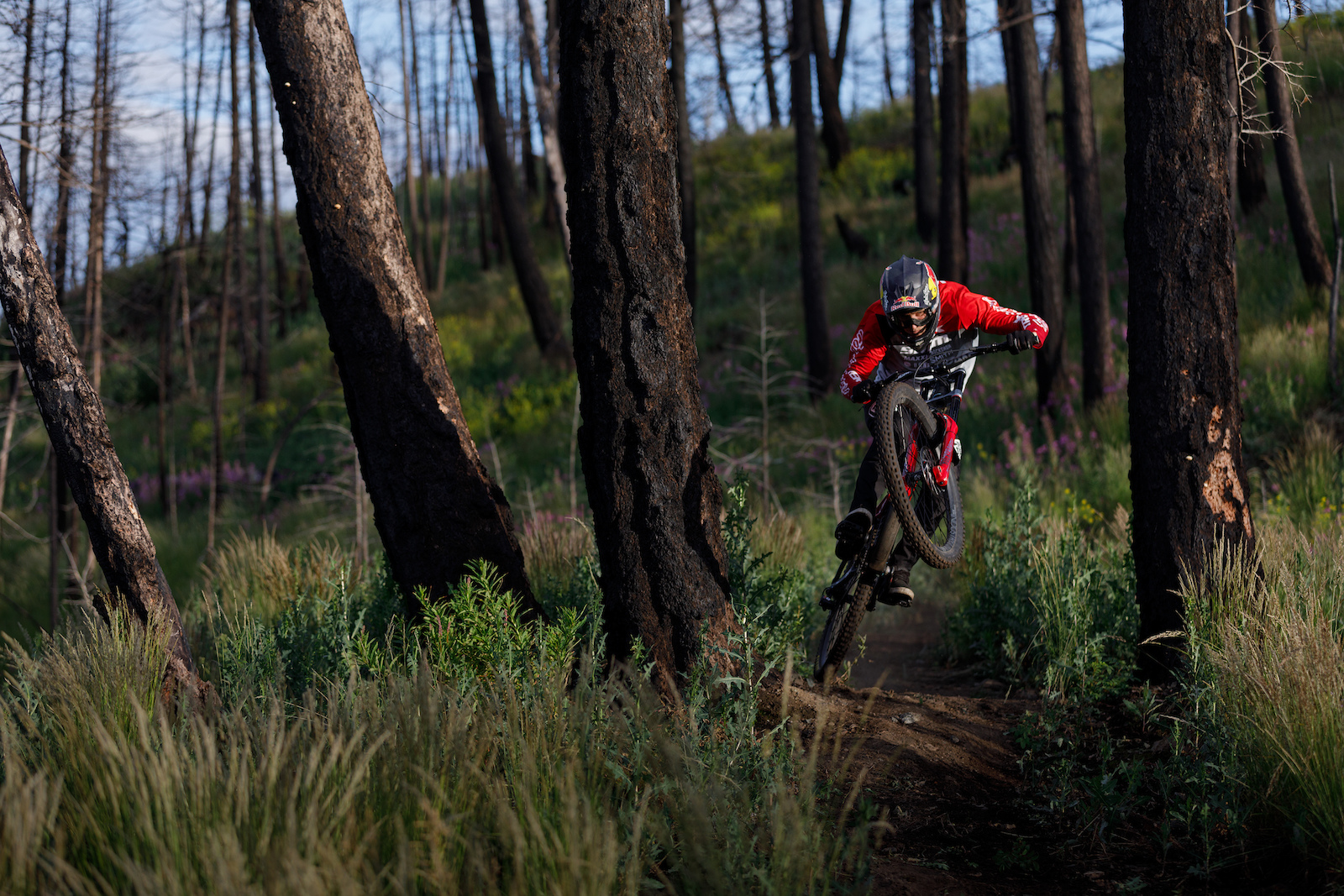 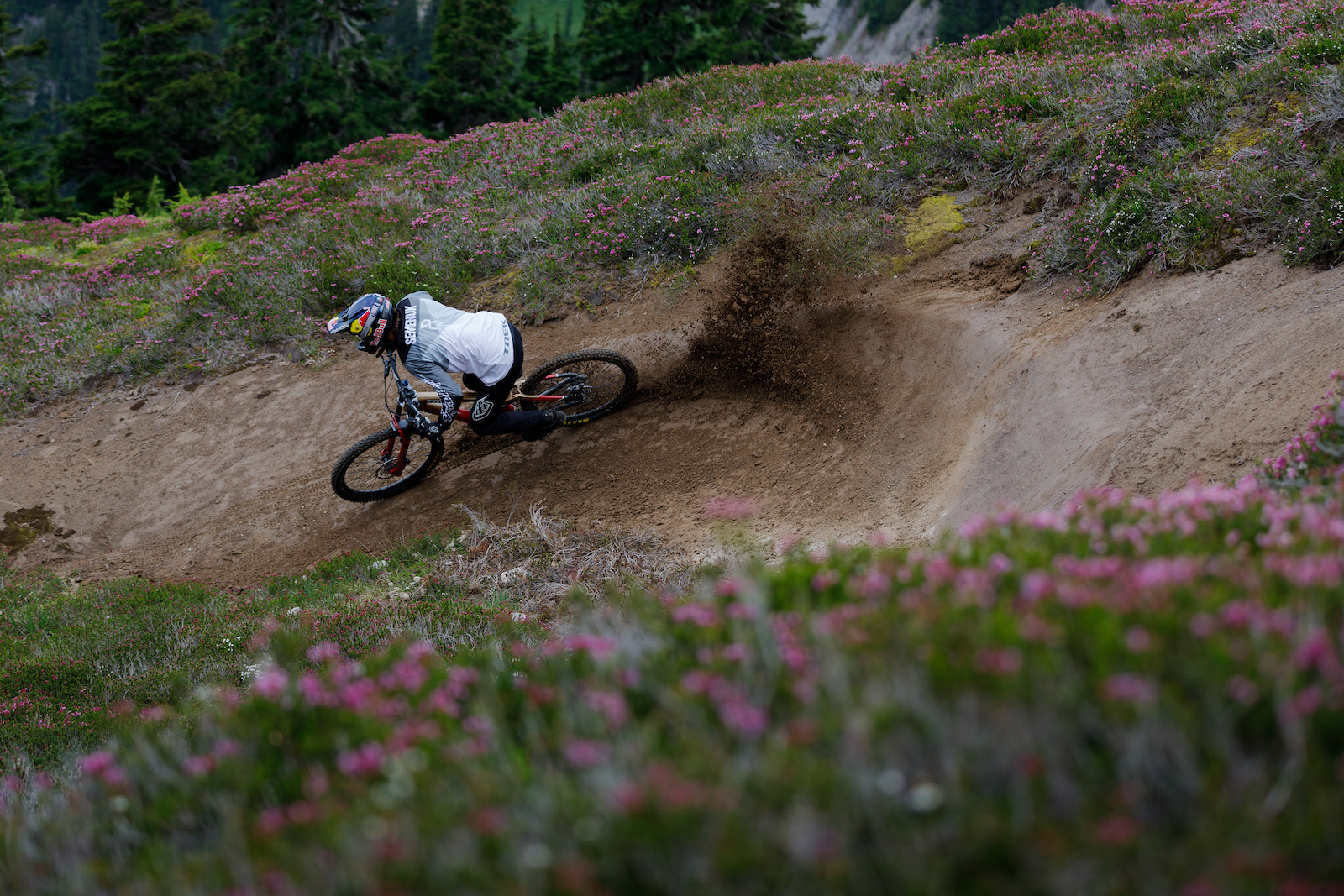 vjunior21 (Nov 5, 2019 at 7:02)
Act 4: Brandon takes a Trek Supercaliber, with a stem facing downward, out and does all of the same tricks to show us all the skills gap between him and the rest of us. Every seen a back flip 360 double tail whip from a flat drop in on a 29er xc bike?...just wait.

ChachiArcola (Nov 5, 2019 at 0:39)
The Michael Jordan of our sport. We are privileged to be witnessing a legend.

gtill9000 (Nov 5, 2019 at 7:52)
@matttauszik I'm guessing the same dude that downvoted your comment is the one that downvoted @ChachiArcola 's. It wasn't me - Semenuk is GOAT

Brandon: Lets make it look like it was filmed through a dirty pair of glasses.

locoola (Nov 5, 2019 at 4:20)
Maybe give your screen a clean bro? Or have you checked to see you aren't wearing dirty glasses? Looks beautiful here on a clear 4k screen.

mm2020 (Nov 5, 2019 at 5:37)
After 10 years in a small mountain town in BC, I recently had to move to a major a city in Eastern Canada. The shots in the burn with the fireweed gave me shivers, such a classic BC landscape. I spent countless hours biking and hiking around these.

maybenotaprofile (Nov 5, 2019 at 0:47)
With style like that you don't need heavy music to support the riding. Great atmosphere and even better series!

bikesandfun (Nov 6, 2019 at 0:41)
Great as always, but I don't understand what this "ACT" series was about? The fact that it was a 3 part series made it seem like there was more to each of the edits then that they are Brandon riding. I mean if it was just that, then every Revel edit might as well have been part of this series. Was there some kind of theme running through these 3 parts of the series that connected them that I missed?

The 1st and 3rd part had some clips that looked like they were shot at similar locations, but besides that, the 3 parts seemed as different from each other as most the other Revel vids.

mrbabcock (Nov 5, 2019 at 2:52)
This guy should go to Proving Grounds next year and see if he can qualify for Rampage.

Ride406orDie (Nov 5, 2019 at 7:48)
Cam somebody include all of Brandon's videos from the past 3 years into one complete movie. Rampage runs included.

overconfident (Nov 5, 2019 at 7:03)
This is beautiful, but TBH I was slightly disappointed... It didn't blow me away like ACT.II did, and things like Midpoint, unReal one-shot, etc. I basically watched ACT.II on repeat -- this I probably won't.

man-wolf (Nov 5, 2019 at 8:36)
I don't think this was intended to compete with Act II, it's complimentary. You have to look at all three acts as a single performance.

sngltrkmnd (Nov 5, 2019 at 19:36)
Agreed. Looked like a brief collection of outtakes TBH. Bring on the downvotes but this wasn't the cohesive Revel production we've become used to. Not saying he's not the GOAT.

ratatat (Nov 5, 2019 at 12:14)
Anyone else notice the Ride to the Hills hip? Looks super similar to the Dave Watson hip. Nice little touch if so. @reecewallace ?

mad-mk (Nov 5, 2019 at 14:12)
Referring back to the classics is how a great glass bead player harmonises his composition. very well done

MikeBikerson (Nov 5, 2019 at 15:24)
This guy goes for some elaborate ways to lose that swarm of wasps chasing after him

fattyheadshok (Nov 8, 2019 at 4:54)
Art with a capitol A as usual Brandon. No words to express how graceful and poised you are on a bike.

lowgear (Nov 6, 2019 at 6:26)
The combination of Brandon Semenuk and Rupert Walker is damn hard to beat.

mickswappa (Nov 5, 2019 at 3:09)
Unpopular opinion - I fully respect how good he is and what he’s accomplished - but I don’t find his edits exciting. Is he too good and makes everything look easy? Or are they too structured?

bmar (Nov 5, 2019 at 3:49)
I think it’s the very same reasons that make it all that more impressive to me. Even when Brandon is in the wildest of environments, he is in control.

IntoTheEverflow (Nov 5, 2019 at 4:33)
Amazing riding as always, but more and more it feels like I am watching a squaky clean movie about a ballerina.

rrolly (Nov 5, 2019 at 6:46)
I don't think exciting is quite the right word. Awe-inspiring is probably closer to it. Being that he is so smooth, the filming highlights this, which gives the whole experience more of a feeling of wonderment, as opposed to adrenaline pumping action.

Mugen (Nov 5, 2019 at 7:06)
For me it's more that I find the "raw" series absolutely mind blowing and the best showcase of mountain biking, but on the other hand these "act" series are way overedited and I find the mix of terrain jarring, the edit itself doesn't flow...

skidmarkbro (Nov 5, 2019 at 8:25)
I offended the "Semenuk Fanboys" on a previous post. You are treading in dangerous water my friend. Prepare for Pinkbike exile.

captballjack (Nov 6, 2019 at 5:05)
He’s so good! The artsy fartsy piano does not match his riding. Press mute and play some GBH, Exploited or the like and it works much better.

coastal-dreamer (Nov 5, 2019 at 4:35)
This vid give me a weird combination of pure satisfaction and a deep northamerica-depression... how can landscapes be soo beautiful ? Most of europe sucks in comparison to your trails and people !

Sardine (Nov 5, 2019 at 7:33)
You should talk to some frenchies about what they think of our Rocky Mountains. They're wrong for sure, but it'll balance you out.

nozes (Nov 5, 2019 at 15:17)
Not only Europe has many beautiful locations,but we can ride pretty much everywhere. Do you think if the Alps were in the USA they let people ride and build trails all over? Think again.

nyhc00 (Nov 5, 2019 at 7:24)
@sino428: at the end of the day this is still a business and Trek's goal is to make money. Every rider has that period of time when they're on top then the next generation comes in and the cycle repeats. So if the day came and Trek made that request then the fanboys better hope Brandon invested his $ wisely because there will be a lot of crying on this website otherwise. He actually should make an ebike edit just to troll you guys who can't deal with any sort of critique of Semenuk.

AllMountin (Nov 5, 2019 at 7:32)
What would be the point? The added weight of an assisted bike would diminish the crispness and quality of every move in this edit, and I bet there are a couple he wouldn't even attempt with one. You could show him climbing a hill? Pedal assist is for making pedaling easier. But it compromises every dynamic quality of bike handling. I'm not even hating, but honestly, why do we want to see that?

sino428 (Nov 5, 2019 at 9:59)
@nyhc00: Could Trek get pissed off if he refused to ride an ebike? Sure, but is it a hill they are willing to die on? Not likely. They know that Brandon is a good enough rider that he could just leave when his contract is up and find any number of other companies fighting to sign him. Like I said, he's likely got enough clout to simply refuse to do what he doesn't want to do. That's part of being the best at what you do. For the most part you get to dictate your own terms. Some riders can't do that because they are replaceable. Brandon isn't, and I'm sure he knows this.

nyhc00 (Nov 5, 2019 at 18:57)
@sino428: Brandon seems like a humble dude, so to speculate that he thinks he is irreplaceable is borderline an insult. A brief study in history will show you the fall of many a man who deemed themselves irreplaceable.

Parts of this were definitely legit, but full suspension seems hardly necessary. But, it'll sell bikes, so it's 'winner'