Slopestyle is a new way to ride in the world... Everywhere...

Sep 20, 2006 at 18:51
by Tyler Maine
Tweet
To prove it, a young French farmer, David "Lovv" Jouault, from Acigné in Brittany, decided, two years ago, to dig his own trails and dirt jumps in his garden which he called "Trail et vaches" ("Trail and cows" which sounds like "milk the cows" in French) and he mixes his over-absorbing job and his passion for "newschool MTB".

Last year, he organized the "Slopestyle à la Ferme" (Slopestyle in the Farm) for the first time and he received a great success. 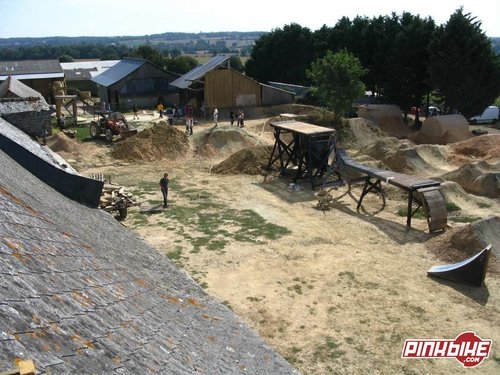 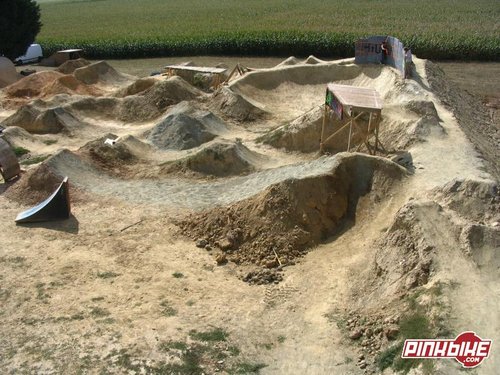 This year (9th and 10th of September), he organized the "slopestyle à la ferme 2" and his trail was completly new, with big dirt jumps, some north-shores and a "loop" (maybe the only one in France and even in Europe). 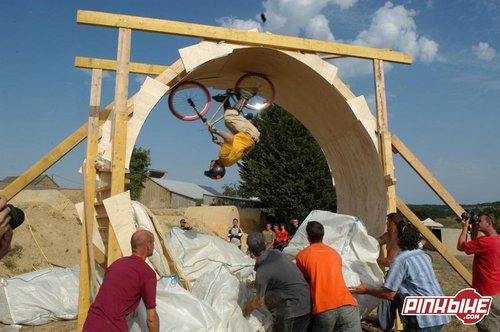 More than sixty riders came from all the country to have a great weekend and ride on the new "Trail et Vaches"... On Friday evening and Saturday morning everybody had to dig the trail (this part of the weekend is really important, David would like to stress the idea that it's necessary to dig if you want to ride) and then, at midday, all the riders were allowed to ride on the trails and to practice in the foam pit.

With perfect weather, the spectacle of Saturday afternoon and Sunday was superb ! Unknown pilots carried out incredible tricks (720°, backflip, 360°, tailwhip... backflip tailwhip in the foam...) and had a good time in a great atmosphere.

This event wasn't a conventional slopestyle with judges... In fact, to make the event cooler, this slopestyle was a jam session and all the riders had to vote for the bests riders Saturday evening... which allowed a girl to be on the podium because she had done a backflip on a dirt jump ! Maybe the only one in France !

Two riders'categories were rewarded: under 17 years old and more than 17...

Under 17: the winner is Flo from Thionville

Thanks to all the riders, Maniable, Candida, ....


All my pictures of this event are here