Getting to Know - KC Deane

KC Deane
"KC Deane isn't just another cyclist to follow on Instagram. KC is one of, if not, the hardest working athlete in action sports. Coming from a background of professional Free Skiing, he is used to hustling in freezing temperatures and wrestling through the chest-deep snow to earn the magazine slots and make those videos. When the interest in mountain biking became apparent, KC leapt at the opportunity to show his talent and earn his place in two industries. Having a natural eye for photography and a vision for "the shot," I have witnessed him choose angles for photographers that they may not have seen. Working from dawn until dusk, 369 days a year, KC Deane is here to stay." - Geoff Gulevich 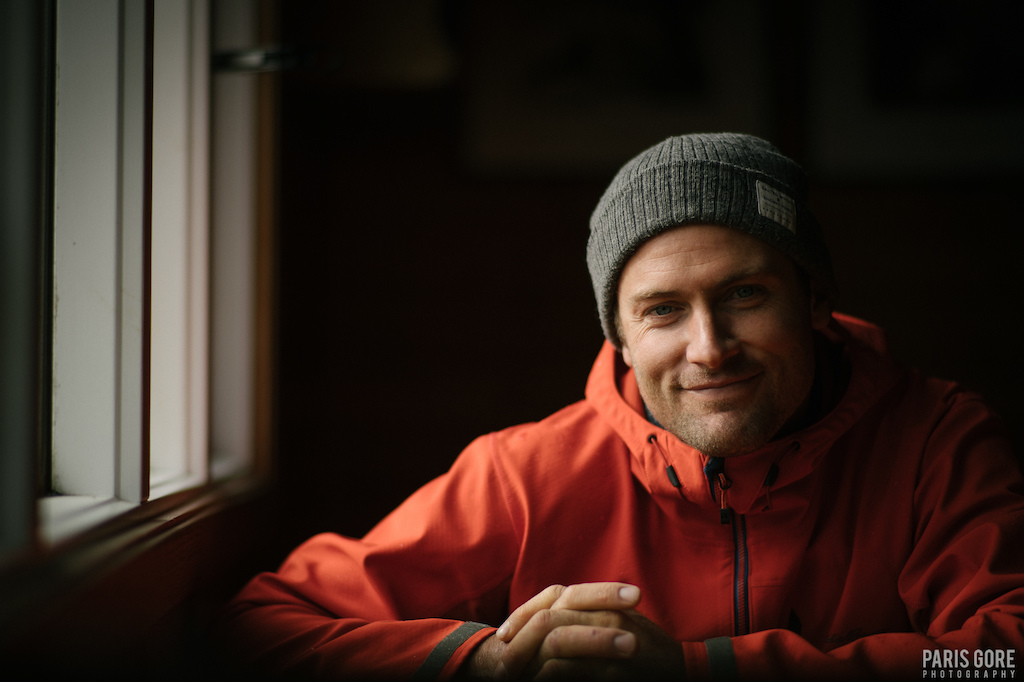 Who is KC Deane?
Ah you know, just a guy trying to have a time on bikes or skis, and a surfboard when I'm not doing those things. But the short answer I guess is I am a pro skier and mountain biker.

Where are you from and where do you live?
I grew up in Sandpoint, Idaho which is just below Fernie, BC across the border. Now I call my bike bag and ski bag home most days, but when I'm not on the road, I'm in Whistler, BC.

Who do you ride for?
I ride for Eddie Bauer, SCOTT, Hayes/Manitou/Answer, ENVE, SHRED, Slytech, Spacecraft, Dissent Labs, Whistler Blackcomb, and Arcade.

Where are you happiest?
In the mountains or in the ocean. I really value the people I have been able to work with and everyone around biking or skiing for that matter, but I really find a lot of happiness in being alone or with a small group of people up in the mountains riding a bike. I'm also really happy when I am in Mount Currie Coffee in Whistler haha.

What’s been your favorite contest venue?
Hmm, I'd have to say either Nine Knights or Crankworx in Whistler. With Crankworx I've been hurt every year since I started riding, with the exception of this past August. So to do Deep Summer, Whip-off and Air DH was so much fun. I'm really looking forward to next summer!

Where are your favorite trails?
Whistler, BC or Iceland. 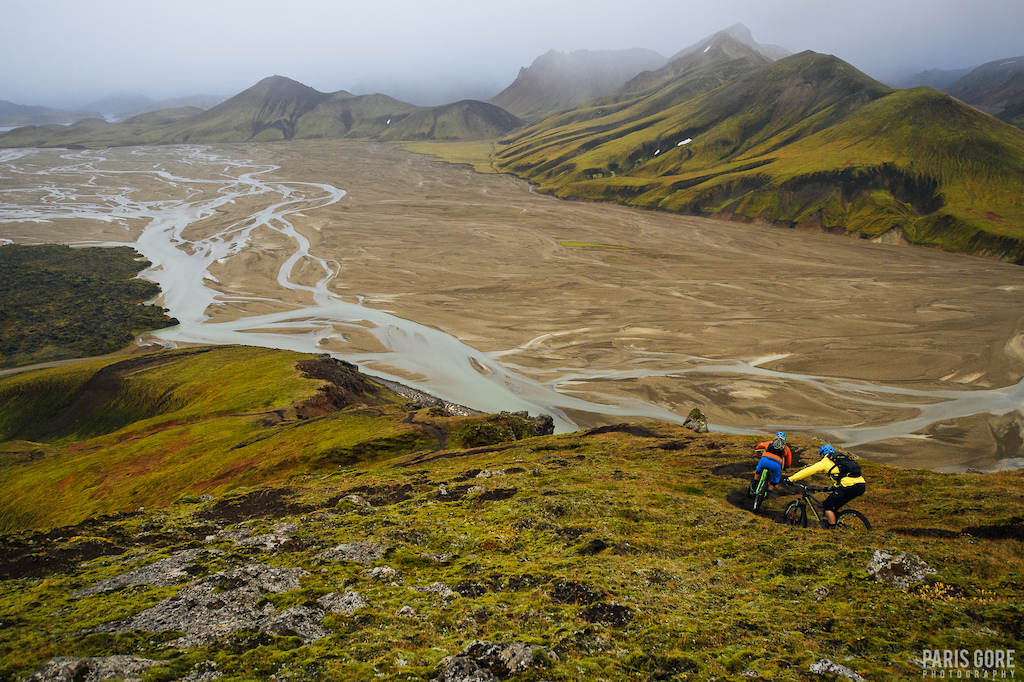 What are your strengths?
Never quitting, and going until I get whatever it is I am trying to do.

What are your weaknesses?
Never quitting, and going until I can't go anymore. I am getting better, and a bit smarter but over the years I would just push myself to where I got so tired that I would either crash or pretty much have my body shut down.

What’s been your worst crash over the years?
Hmm, I'd say filming with Steve Lloyd 3 years ago in Green River, Utah. I built a step-down and laid a flip out a bit too much first tee. I separated my AC joint and got a mild concussion. In the end, I didn't get hurt that bad, but it was the first crash where I really hit hard, and the first time I had crashed hard on a flip haha.

What’s been your luckiest escape?
I'd have to say at Rampage in 2014, Paul and I teamed up and built a line, the same one that he rode in 2015. The biggest hit on the course was our canyon gap up at the top. After doing run-ins with Paul and testing the speed I finally guinea pigged it, and as I popped off of the lip I thought I had the right speed. But just as I hit the mid-point I knew that I was about a wheel or half a wheel short so I pushed the bike so that I would land front tire first. I ended up clearing it but when I landed I snapped my handlebars in half and went OTB hahaha. I was fine and I ended up getting some new bars and going back up and clearing it no problem.

Which bike from over the years, conjures up the best memories?
Well, I have had some good memories on the Gambler when I was on SCOTT. I rode that bike in Green River a lot, China, Rampage, and Red Bull Skygate. Some good times for sure. 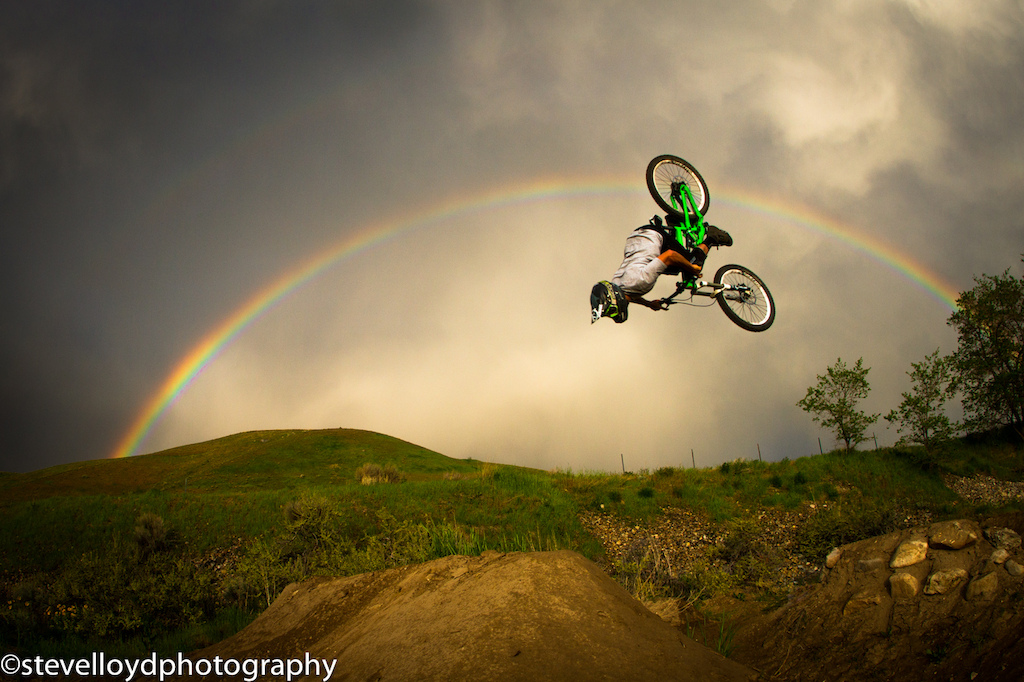 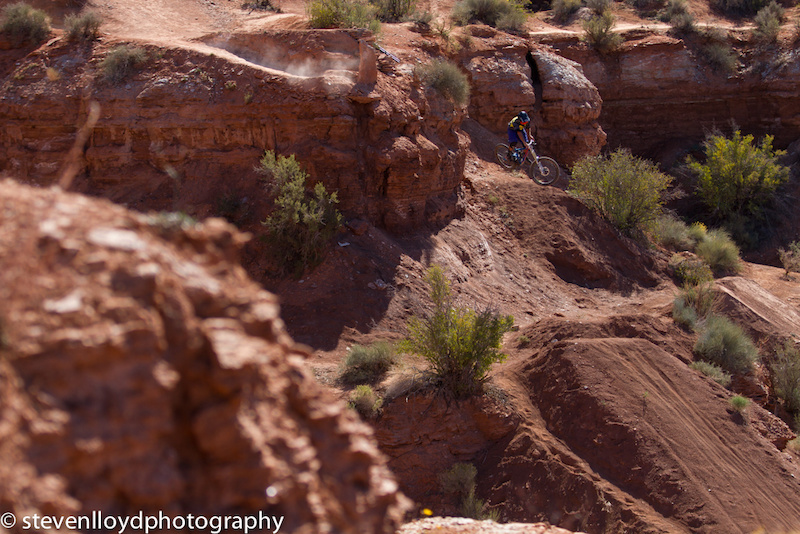 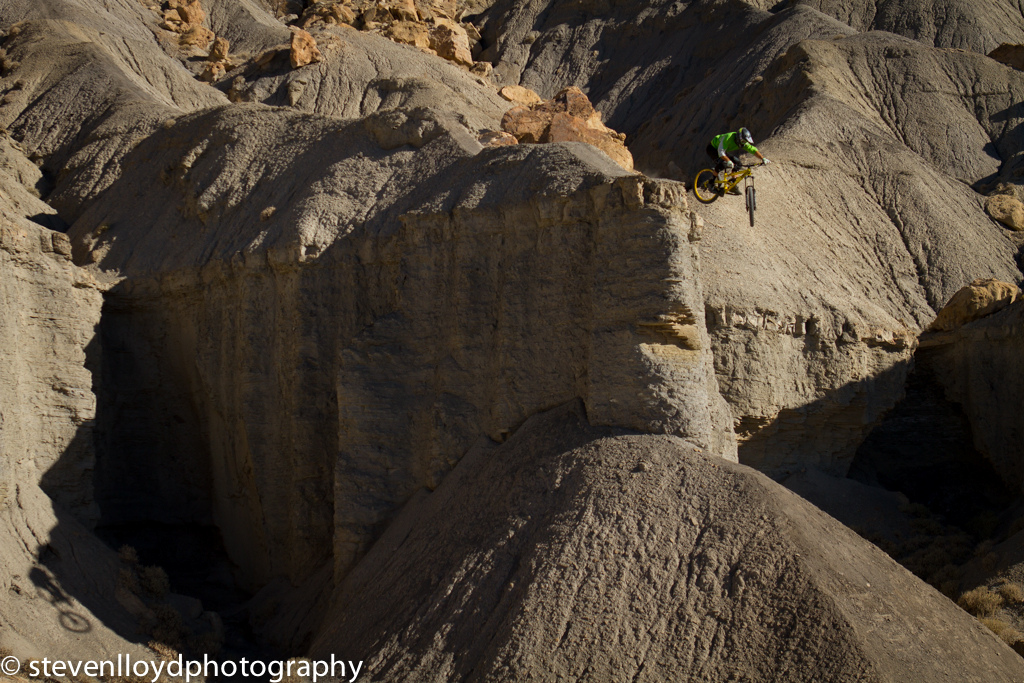 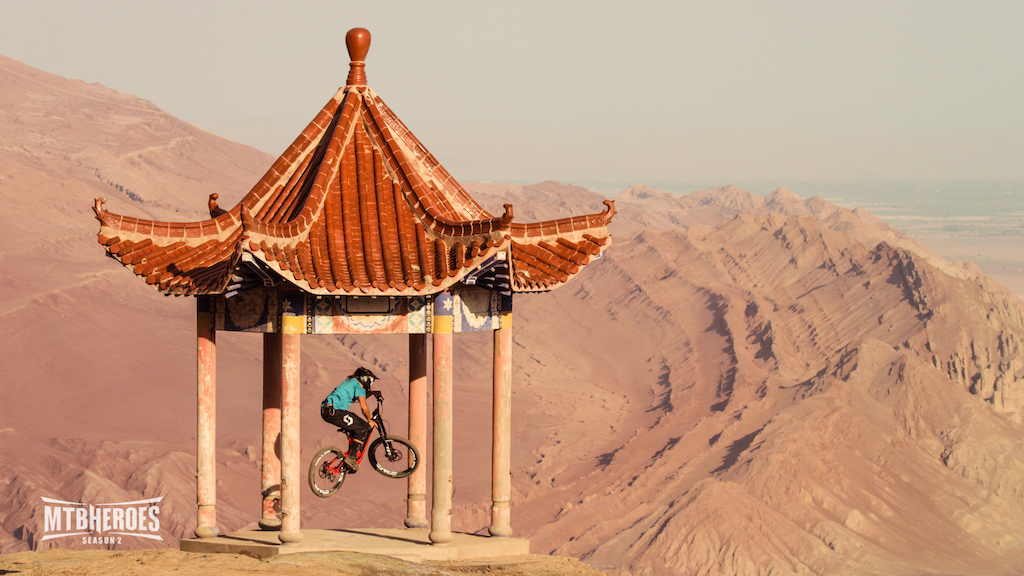 What bikes are you riding right now?
Scott Gambler and Genius LT Tuned, both equipped with Manitou/Hayes/Answer components and Enve wheels.

Who’s your favorite rider?
Man, I'd say I have a few. Paul Basagoitia, Mason Mashon, Kelly McGarry, Geoff Gulevich, Mike Hopkins, and Chubey are on the list. Also the dudes, Nicholi, E-boy, Reed, and DJ. There are too many riders to list.

Who or what inspires you?
Good people. People like Kelly and JP. Both were such great people and I really miss having them here with us. With Kelly, every time we would ride, it didn't matter who he talked to, it could be a super fan or the lift operator he always treated people the same. And JP was also the same.

What do you enjoy doing away from bikes?
Well, I ski professionally, and I really love riding powder both on skis and a no-board. When I'm not doing that I love surfing and I take any chance that I can to sneak off and surf somewhere.

What are you listening to right now?
Oh man, pretty solid mix. Metallica, Misfits, Righteous Brothers, Ben King, DMX, Bob Marley and more. I like a good mix of everything.

What’s your favorite movie/ TV show?
I pretty much stick to watching sports. Pleasure from Level 1, Strange Rumblings in Shangri La, Lifecycles, and Where the Trail Ends. 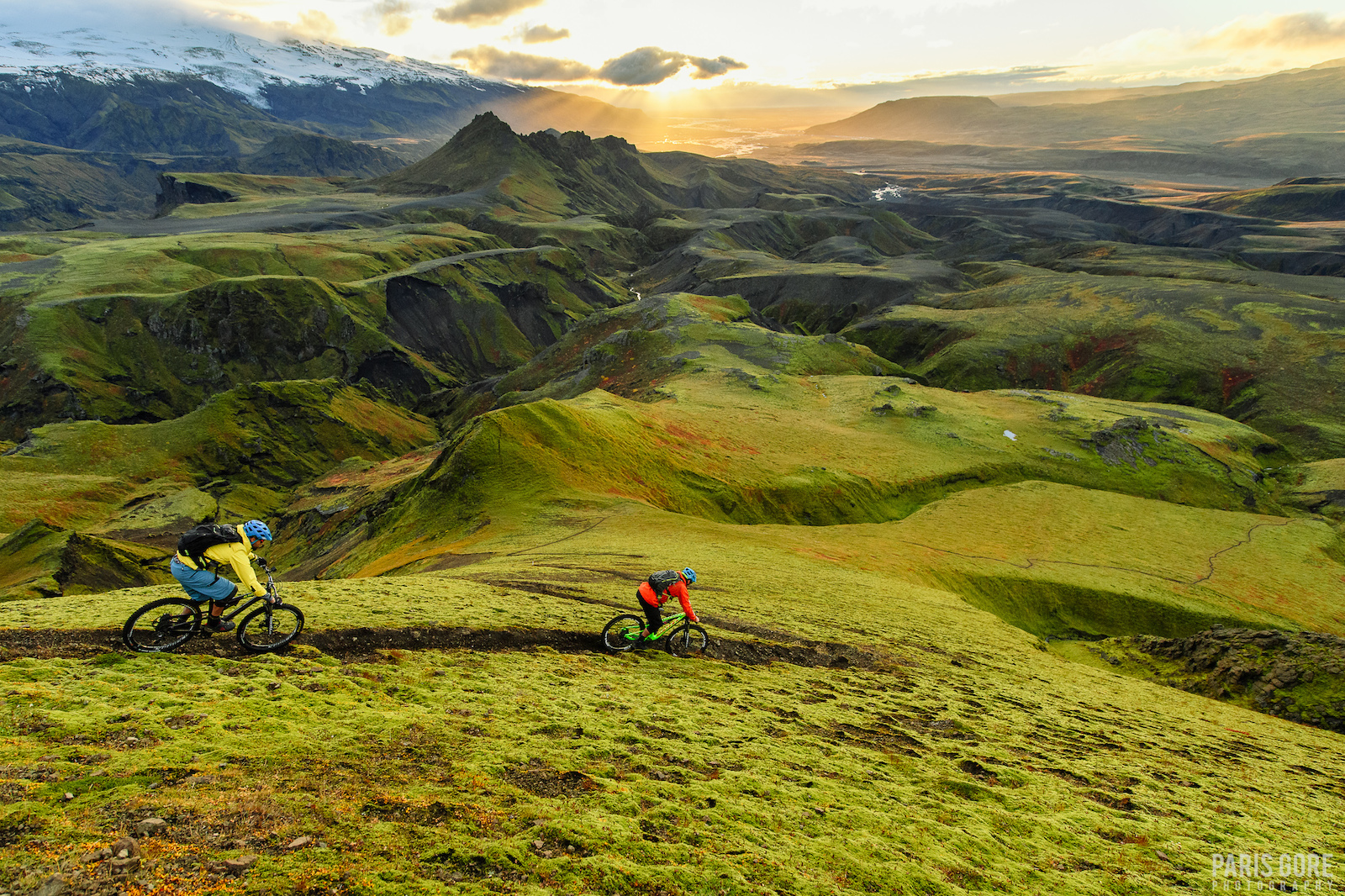 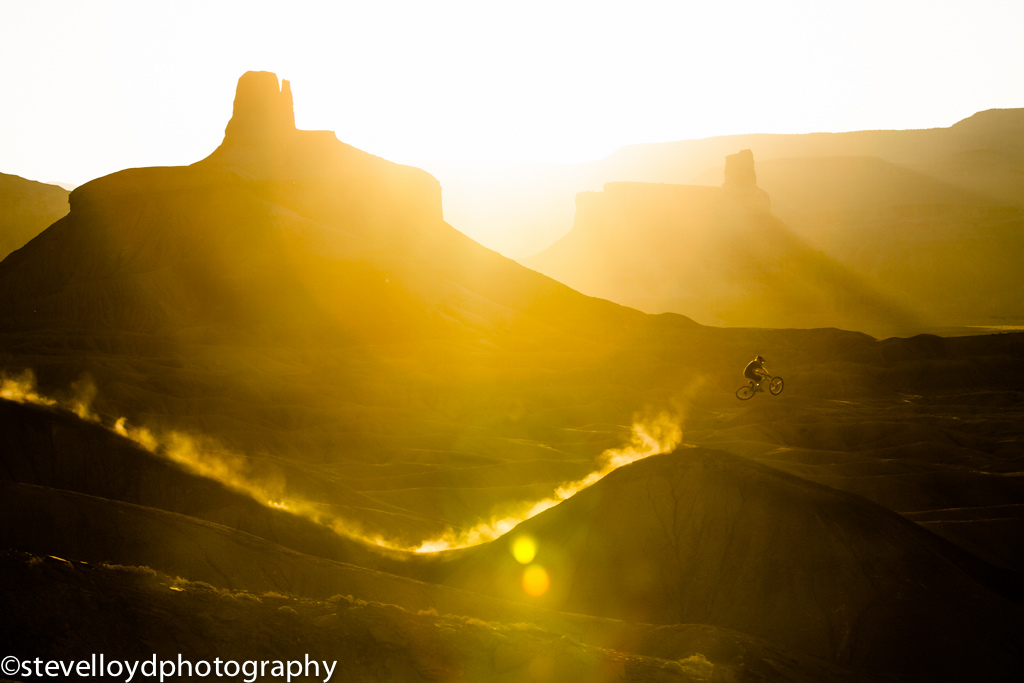 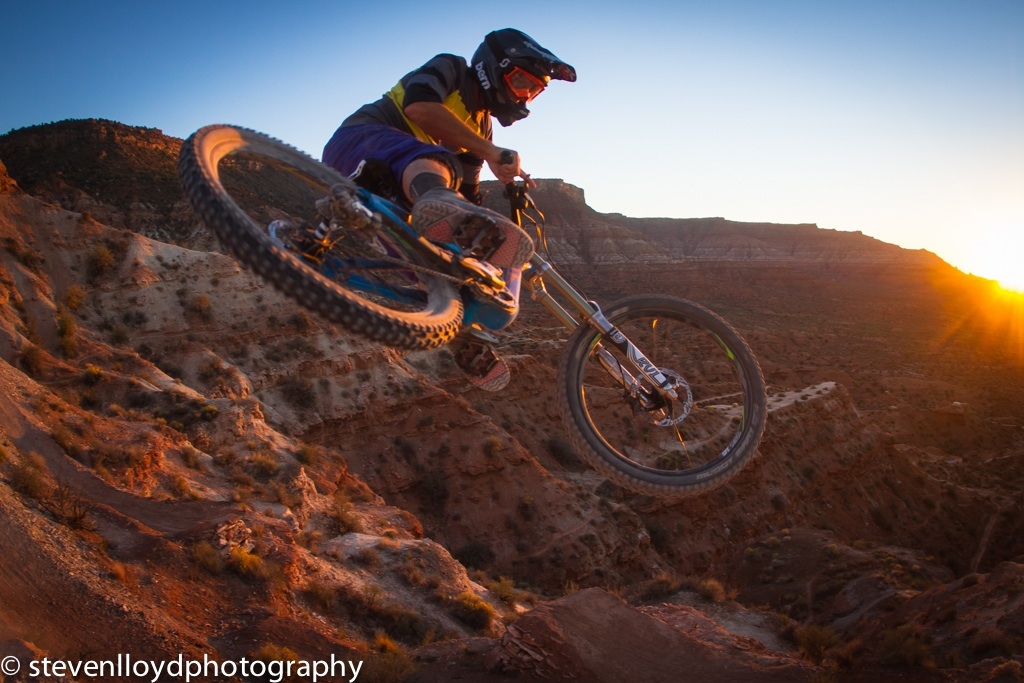 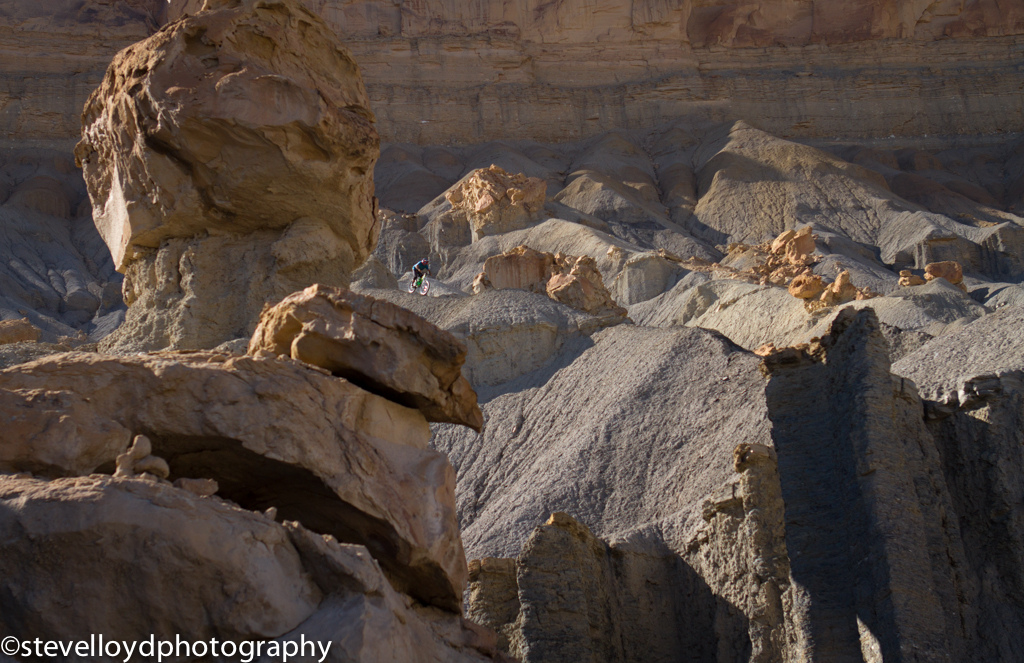 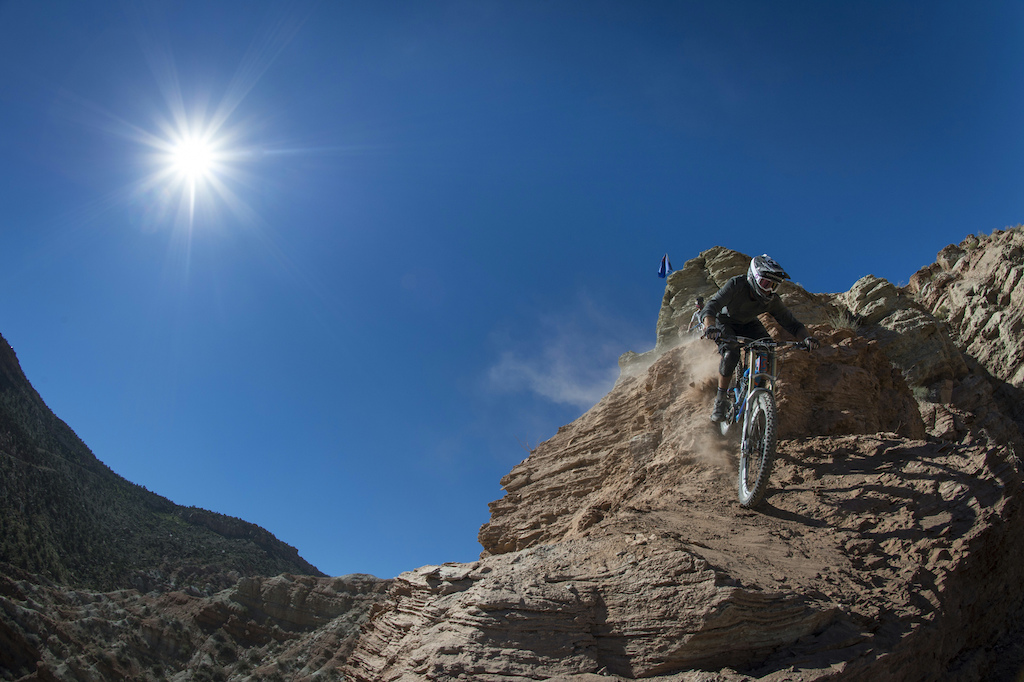 What grinds your gears?
Missing a shift and hitting a quick uphill haha. Man...not much. People who chew with their mouth open, and people that are late.

What makes you happy?
Biking, Skiing, Surfing, coffee, and being with good people.

If you weren’t a pro mountain biker and pro skier, what would you be doing?
I'd be bumming it somewhere riding and surfing. Then skiing and surfing through the winter. Maybe in Indo, because I could stretch my dollars and go feral ha ha.

If you were in charge of the sport, what changes would you make?
I'd make A-Line the size of Crabapple Hits, and build Crabapple Hits twice the size.

When you hang up your riding shoes, how do you want to be remembered?
That I was a good person that treated people well. And I guess as a rider, someone that created content both video and photo that made people want to go ride their bike! 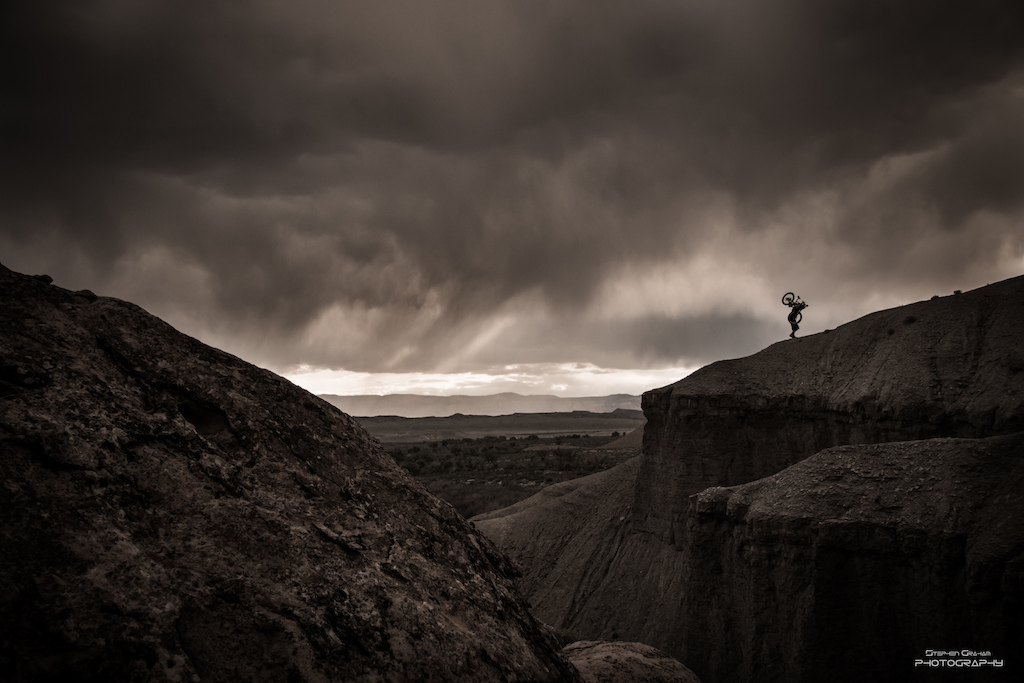 What does the future hold for KC Deane?
Lots of trips! I'm really looking forward to next season, and I'm already trying to plan some adventure trips. It's awesome riding for Manitou/Hayes because I get to do trips with Gully and I really want to do some more, fun adventures for them next season. Gully and I went to Iceland and Japan this Fall together, and it's trips like that, that in the end get me really stoked on riding. I still want to freeride and do some stuff up the Fraser river with Mason, but going on an adventure in a far off place is so awesome. And overall I just want to keep pushing my riding. Since it has only been my 4th year riding, now I feel like every summer I keep getting better and more comfortable in every aspect of it. So I just want to continue that. In short, the future holds a lot more time on the bike and looking forward to working with awesome people in the bike world. 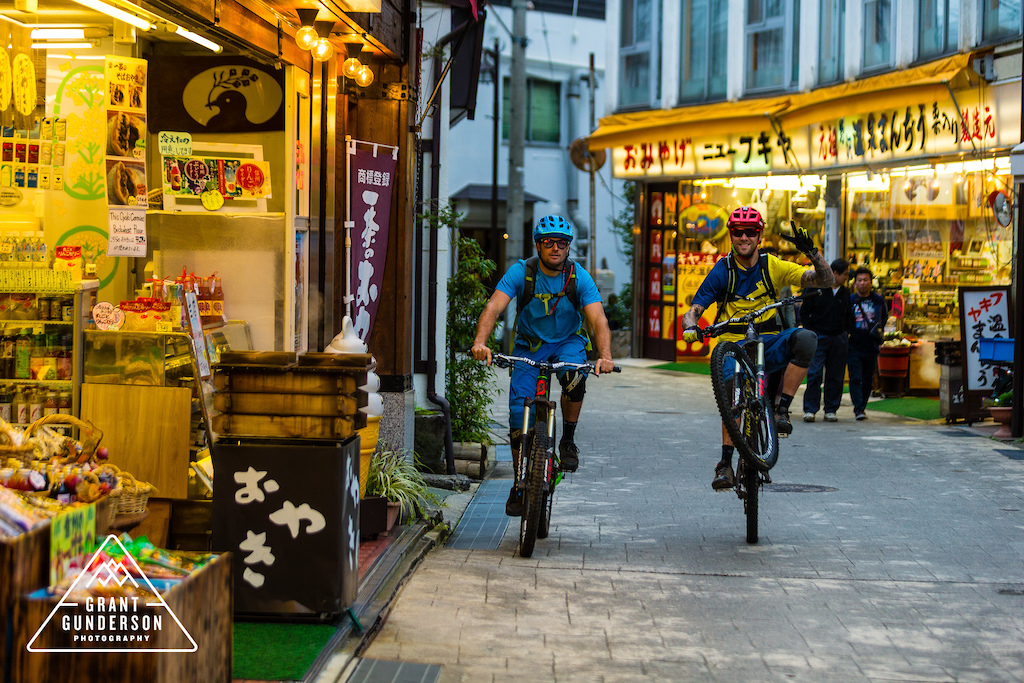 Check out all of Grant's images from Japan here.

Check out all of Paris' images from Iceland here.

merica99 (Dec 10, 2016 at 17:14)
I've met KC 3 times now over the years out at Green River and the first time was super excited to see him until he was a complete tool bag that told me what I could and could not ride. The 2nd time I saw him after listening to what he said about not riding any of his shit, he drove right through our camp and while we waved at him to say hi, and as I walked over to say hi to him, he kept his window to his truck rolled up and totally blew me off. Complete tool bag. I have very little respect for dudes that think they're Gods gift to mountain biking. The good part about all of this is that one day while digging out at Green River, Kelly Mcgarry came out to do a quick photo shoot for Diamondback and was the MOST legit and nicest guy anyone could ever meet! Such a truly rad dude! RIP McGazza!

I've heard some of the same about KC and McGarry from others.

I gave him a clean slate 2x and he refused it. I would rather spend my life sharing memories with a few close, and caring people, than with many superficial relationships.

Cheers and to many more loamy days!

dropoffsticks (Dec 10, 2016 at 8:07)
So much respect for KC Deane. I compete in big mountain skiing in the winter, and race downhill in the summer. I'm nowhere as good as KC but I think skiing really helps my riding and vice versa... Helps me look at the mountain differently or something idk. It's a fekn good time.

Where did I go wrong in life? I want to live his life!

2bigwheels (Dec 10, 2016 at 8:33)
I had no idea who KC was... And then one day he started following me on Instagram haha. If you want some solid inspiration photos or just like photos of people killing it go give him a follow. Awesome to see home getting some love finally on PB... The dude is no slouch on a bike!

Alexcmarr98 (Dec 10, 2016 at 9:44)
Its funny how guys like this can slip under the radar so easily. Happy that Pinkbike is shedding some light of those who deserve it!

cliff-huckstable (Dec 10, 2016 at 15:44)
That would involve winning something. He's more of a photo/film athlete & brand ambassador.

takeiteasyridehard (Dec 10, 2016 at 16:50)
He likes skiing powder and no-boarding....hmmm....wtf does that mean? Does he snowboard and ski, cuz it seems like all the Idahomies just shred everything....

Endlessmike (Dec 12, 2016 at 7:56)
No boarding is a cross between surfing and snowboarding or a snowboard with out bindings.

10.www.pinkbike.com/u/jackhe/album/xinjiang-beautiful-grassland
Below threshold threads are hidden

mikeysolis (Dec 10, 2016 at 11:46)
Great to see this article. KC is such a down to earth guy. I only had a chance to ride with him for a few days when he came to Hawaii this past summer with Bruno Long and Casey Brown to shoot some photos for Bike Mag. I love seeing such a genuine person find success doing what they love. I was stoked they got a cover photo out of the trip! http://www.bikemag.com/news/bike-magazine-november-2016-issue/#ZeBk381BzPBeS0pR.97

KyleEnduro (Dec 11, 2016 at 22:51)
Hi everyone, please check out all of my youtube videos and subscribe to my channel as there is something big to come www.youtube.com/channel/UCDtg1DurQhnGp6z1_J7W1mA