One soggy day back in December, I headed out with Martha into what I thought was going to be a gloomy, wet woodland where my camera struggled to see anything. It was wet, I won’t lie. But, it was actually quite a picturesque spot with some pretty cool corners and trail features, albeit a very slick and slimy day. The freshie switchback ruts she’d cut in were prime and a credit to her digging skills.. and ability to then ride them and have a right old laugh at the same time. 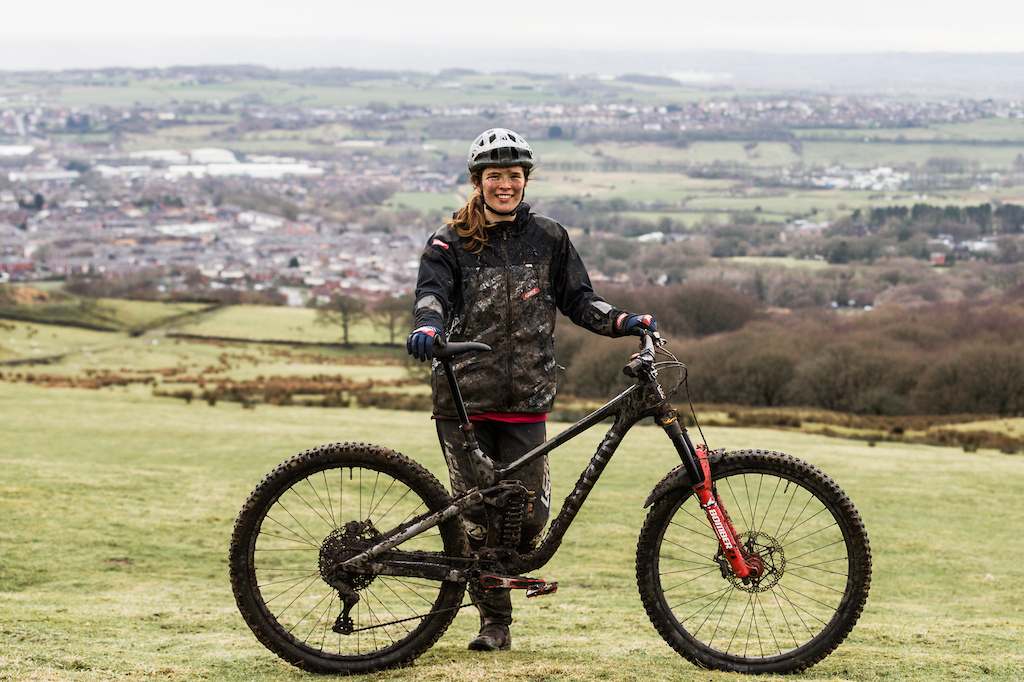 Martha and the steed on her home turf, ready to open it up down the moorlands.  Sadly stolen not long after this shoot, god damn bike thieves. 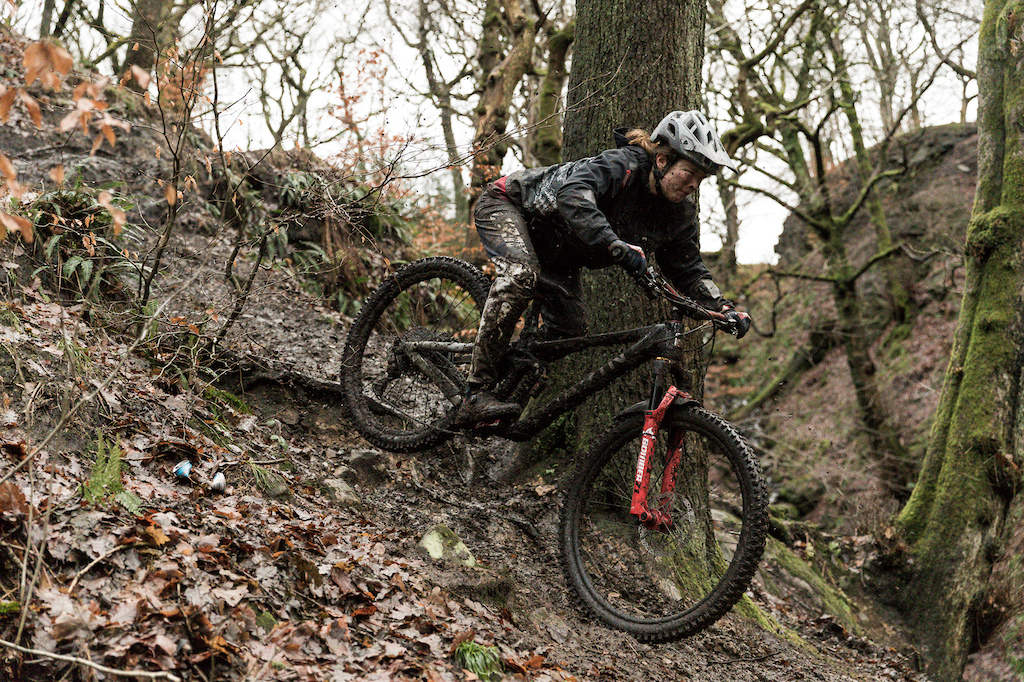 Grit your teeth and hold on, because you will inevitably get grit in your teeth. Just behind where this shot was taken, Martha struggled to stop on trail after going out of shot and nearly fell a good 30ft into a boulder filled river bed. 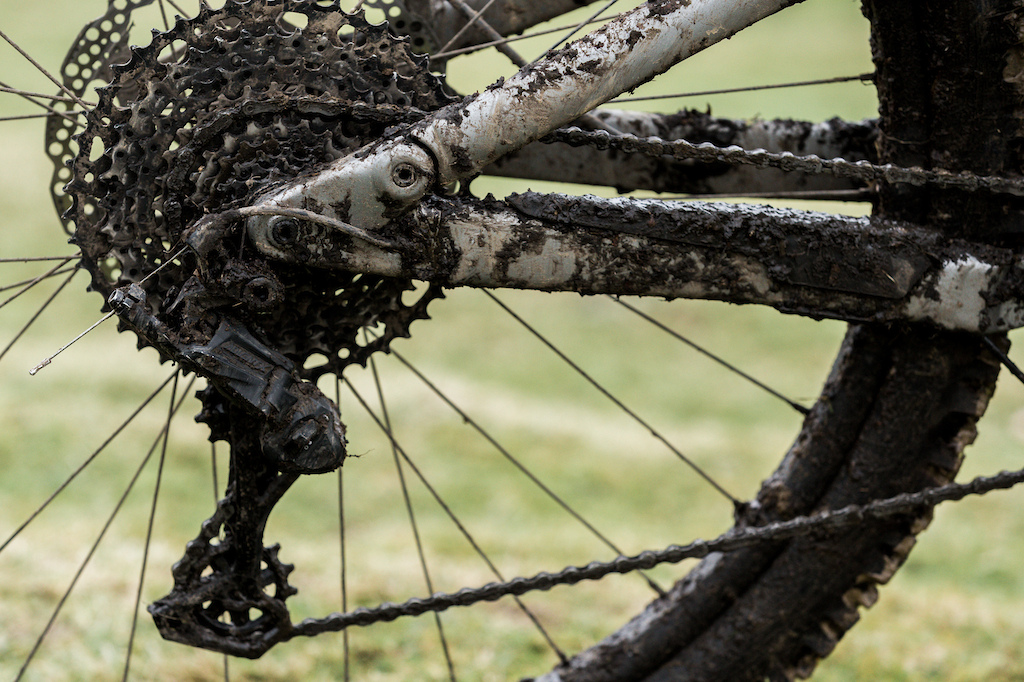 Proper mucky. Martha is running the Advent X mech and shifter from Microshift along with wide range cassette. Seems to hold up really well with the UK grit and grime. 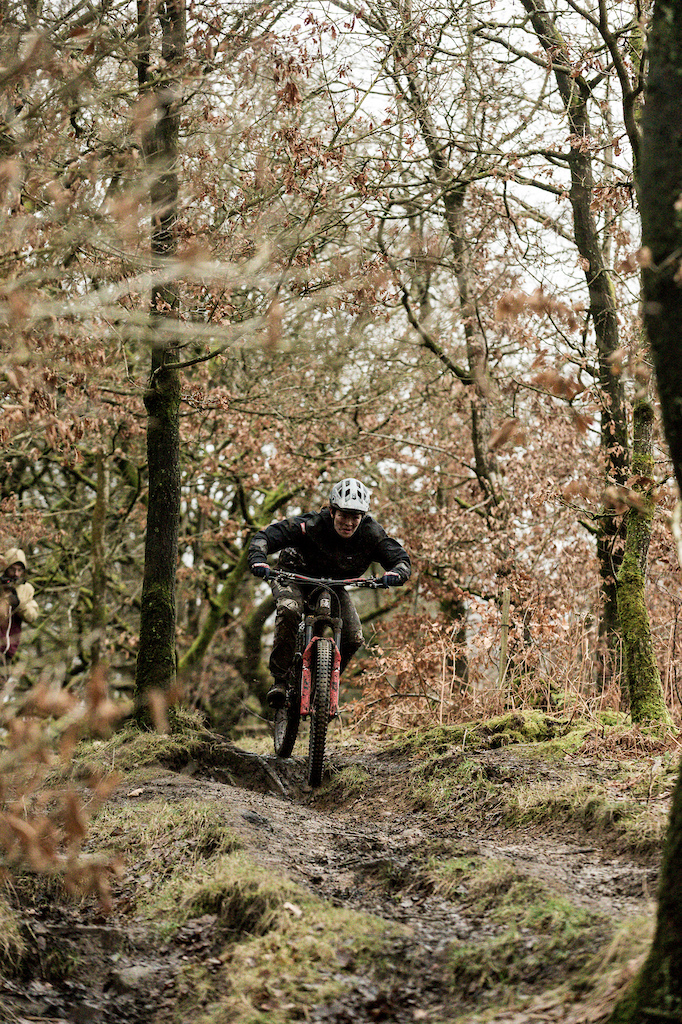 Pinned through the lower woods. We had budding young Gerry Paddock along to help out on photo duty, younger brother of World Cup and YT photographer Isac Paddock. 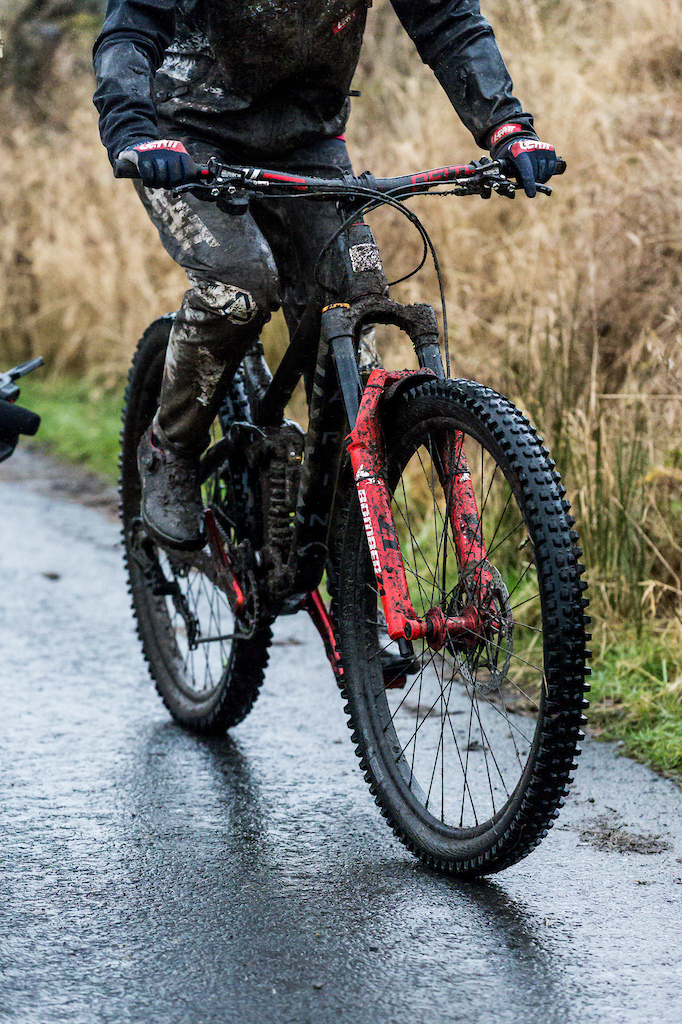 And back up to the top for more soggy runs.. you have to be prepared to train in all conditions round these parts..

That vid was rad.

The lady at the end, "do do doo, just going to pause here and pretend I didn't walk into a video..."

monsieurgage (Mar 25, 2021 at 9:06)
ahhh a break from 600 dollar E shifting. Thanks Martha for the muckit/sloppedit/sloppit and some good riding. Hope to see you and Bex collaborating with the Top Chief soon on some mucky sloppy edits.

Segu (Mar 25, 2021 at 14:04)
I can't speak for the UK mates/gals but I used to live in the south of Chile where it rains constantly the whole year and even a whole week in the winter so muddy conditions are something really common. Some time ago I moved to Santiago and it took me quite a while to get used to the infamous “antigrip”, I never really cared that much about having to watch my bike every day, I guess it’s something you just assume and don’t pay that much attention.

JonnyW1984 (Mar 25, 2021 at 6:35)
Up there every weekend for as long as I can remember due to restrictions. It's made me appreciate it a hell of a lot more too! Martha making it look easy as usual lol.

Kyanw (Mar 25, 2021 at 4:57)
Cool! Martha is pretty rad! If I had Microshift gear, I could have been riding all week in Sydney without an issue it looks like.

chakaping (Mar 26, 2021 at 4:12)
Interesting to see Martha takes that left-hand line in Wilderswood.

fatduke (Mar 26, 2021 at 22:19)
@trainboy17: Then they probably read the comments section too, so good luck keeping them away from dirty language.