Camp of Champions Coaches - The Changing Of The Guard

Aug 19, 2010 at 15:25
by Ken Ach
Tweet
When I started The Camp of Champions Mountain Bike Camp I had a few goals that I wanted us to achieve as a camp. One goal was to give campers the best week of their life, while learning to ride better in Whistler, on bikes you can usually only dream of, with some of the best up and coming pros as coaches. The second goal was for camp to find up and coming shreds to be the coaches and coaches in training. The third goal was to create a facility and coaching environment where the coaches could progress their abilities as much as the campers do, then have them go on to slay it in the contest world. After watching the VW Best Trick and seeing Greg Watts win the first heat, then the next day watching our crew take 2,3,4,5,7,9,17 and 23rd in the Monster Energy Slopestyle, I was so proud to see our coaches and coaches in training, become the "New Guard". I guess our up and coming coaches are no longer up and coming! They're here. Story inside,

Camp of Champions on The Crankworx Slopestyle Podium

Last year when Greg Watts won the Monster Energy Slopestyle, it was like a message to all our coaches that they could do it. I love the tight knit vibe that our coaches have. It was really cool watching them push each other and help each other learn new stuff, dial in their personal style and become better riders and better friends. They weren't just coaching campers, they were coaching each other. There is nothing like being able to hit the Whistler Bike Park all day and then session "The Compound" all night with an amazing posse of riders, to help you progress your skills.

When 365 Sports and their Big Air Bag, came on as a Camp of Champions sponsor, I knew this was going to be a summer of mayhem. I knew hitting that bag for 5 hours a night was going to produce some great leaps in everyone's skill level. With the exact same takeoff ramps into the bag and the mulch, everyone learned and progressed at a rate that was intense to watch. I was filming every night while Mike Crane was shooting stills. Even after 5 hours of shooting it was always a surprise when darkness fell. I couldn't believe that much time had gone by and everyone was still sending it into the mulch, not wanting the day to end.

Every day, campers and coaches were collectively blowing their minds with what they were learning. The turnaround time was so fast using the bag, your last hit and what you did right or wrong, was still fresh in your mind when you sent it on your next lap. It made you progress faster, you couldn't help it. You could hit runs bang, bang, bang, into the bag and knock out five runs in the time you could get two into a foam pit. You could and would ride yourself ragged. We were really lucky to have a great sponsor like 365 Sports come on board and show us, and everyone else, the future.

I couldn't have put this post together without Ian Hylands, Bryce Piwek and Mike Crane getting the banger photos of our crew and letting me use them. Thanks guys, much appreciated. Click on the link and friend them up so you get the freshest photos.

Mike Montgomery - 2nd Place
"Riding at camp put me into the right frame of mind, one that let me get the right mental game going. Luckily it just so happened that Crankworx was right around the corner so when it came time to ride and the pressure was on I was totally comfortable, it was like I was doing pedal wheelies down the street. I'd been doing everything all summer at camp. It was just another day. Which is the exact feeling you want going into a contest. It takes the pressure off." 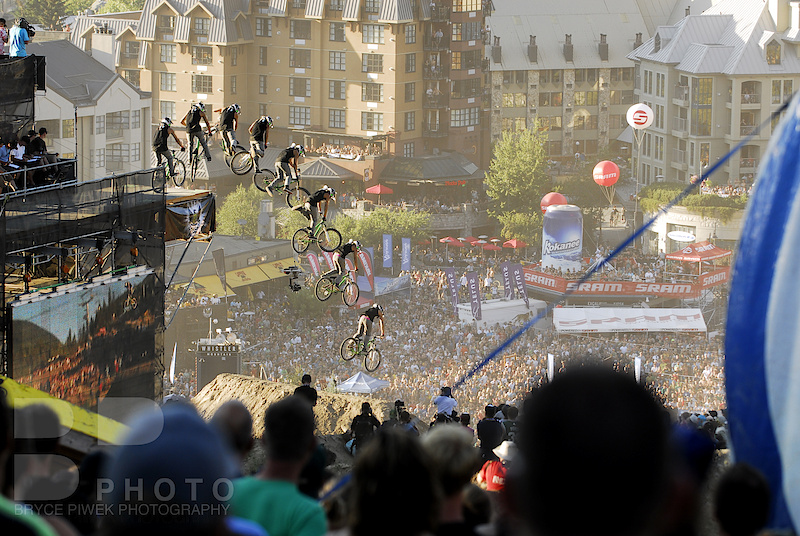 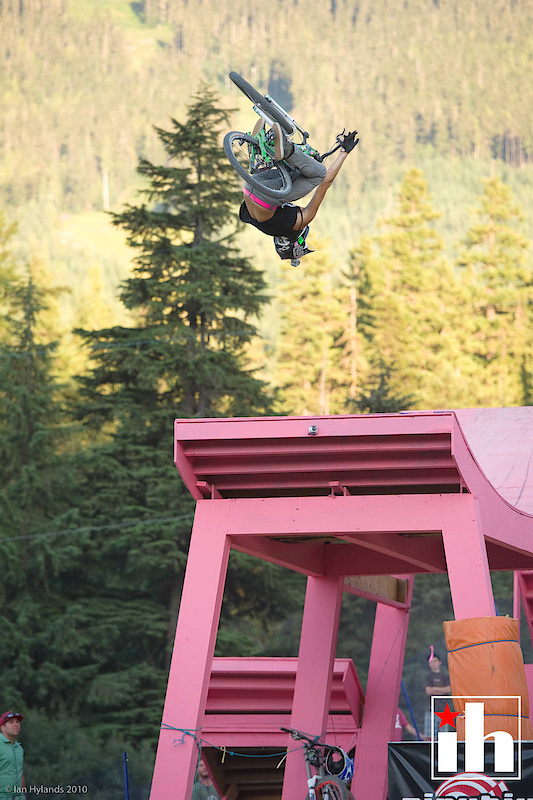 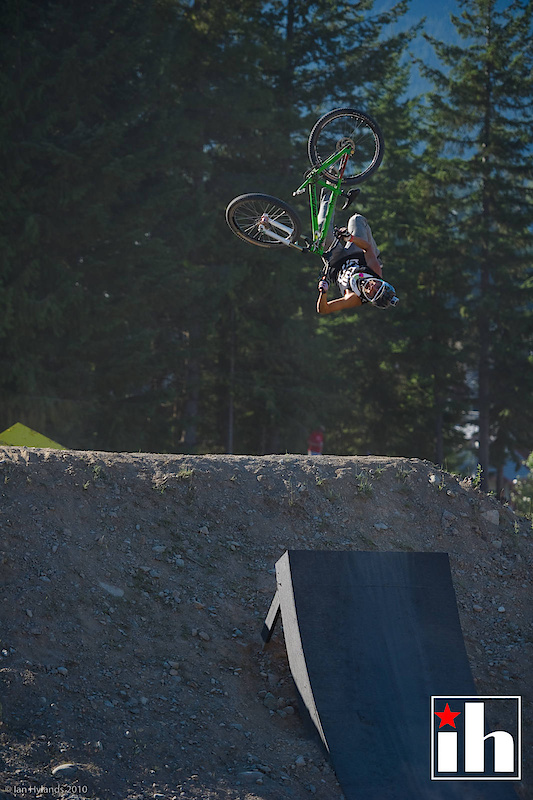 Casey Groves - 3rd Place
"After being at camp, learning so much, yet teaching others, helped me out so much for competing. I learned to focus on the basics and take steps to be where I am today. I took advantage of the camp compound, especially the 365 Sports Big Air Bag and honed in tricks. Camp of Champions helped me mentally learn to focus on my skill and who I am as a person. I love it, hopefully one day I can become a head coach." 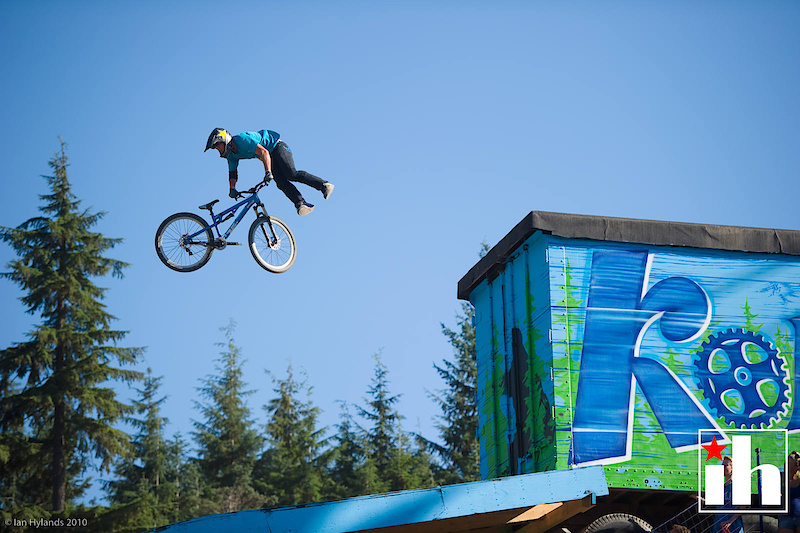 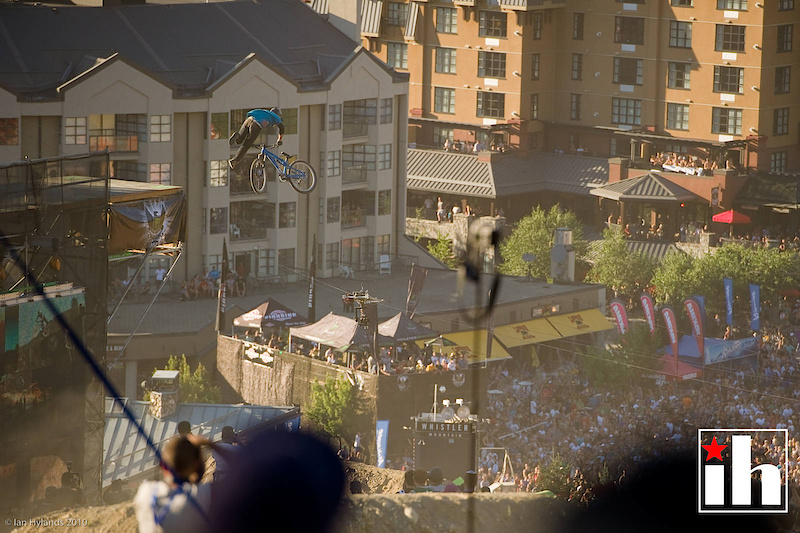 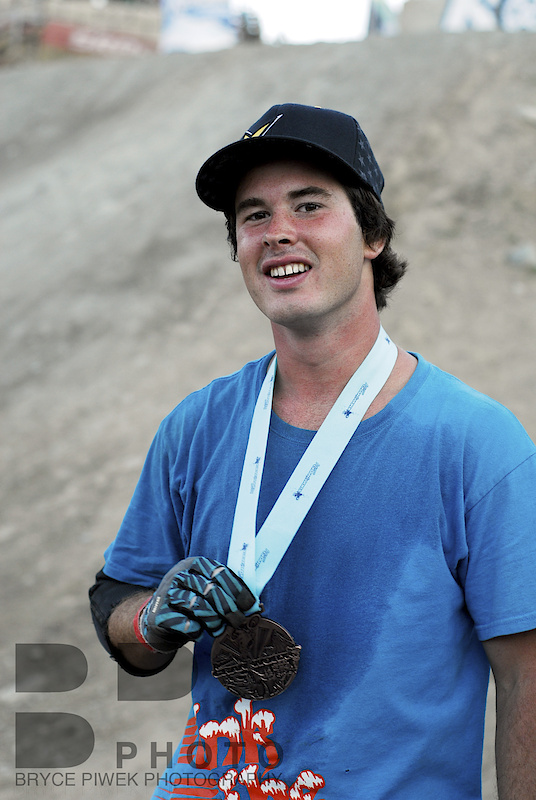 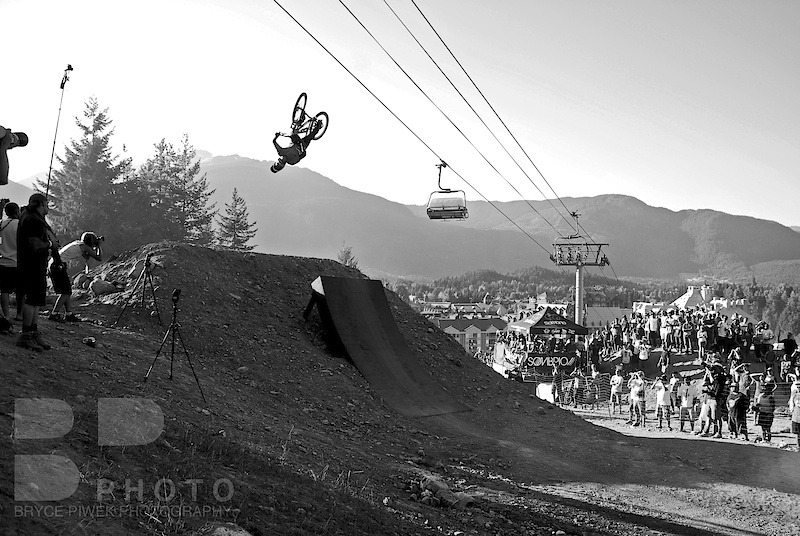 Camp of Champions - June 29th at the Compound

Sam Dueck - 4th Place
Sorry, I forgot to film Sam's response to 4th. We were too busy throwing high fives, being stoked and laughing. 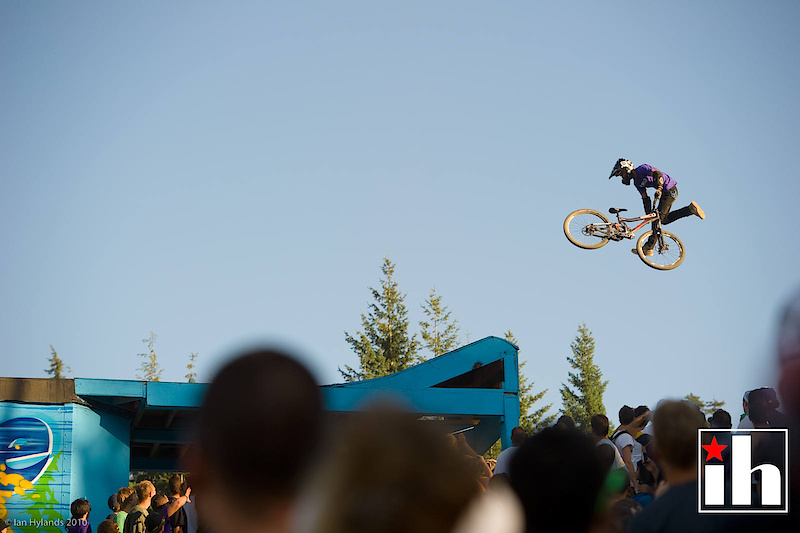 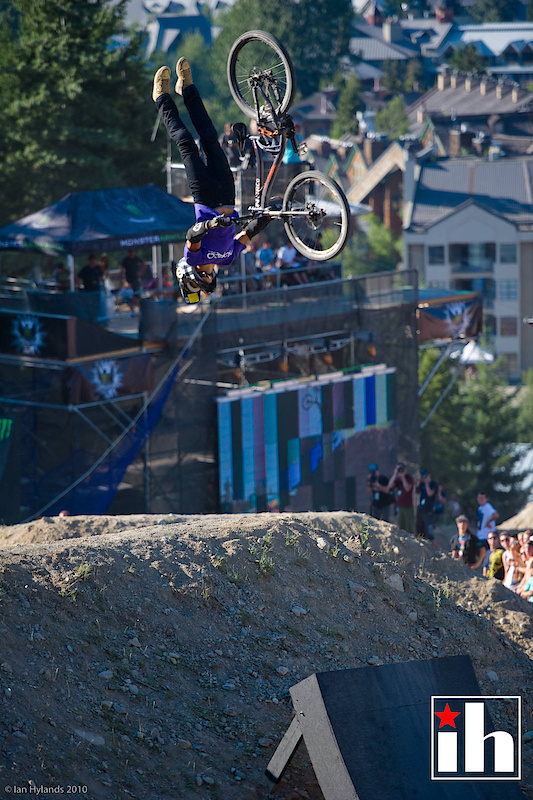 Kelly McGarry - 5th Place
"Coaching at Camp of Champs this year was sick, BIG breakfasts, shreddin' trails , gettin' wild onto the air bag, huckin' the Mulch landing jump and some lake chillin' gave me the "STOKE" I needed for a good Crankworx! Camp of Champions was a good spot to be hangin' at before this year's Crankworx slopestyle, spending the whole day on my bike and getting tricks dialed on the 365 Sports Airbag and the mulch landing jump was super fun and really helped out for the comp." 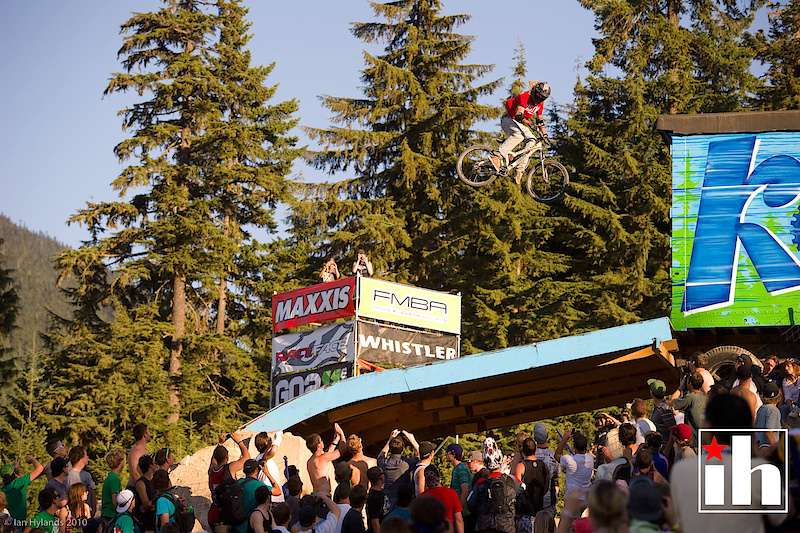 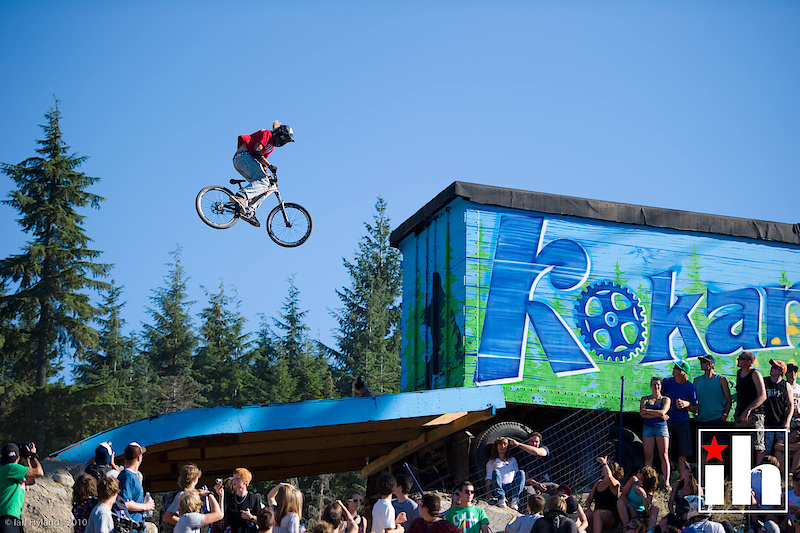 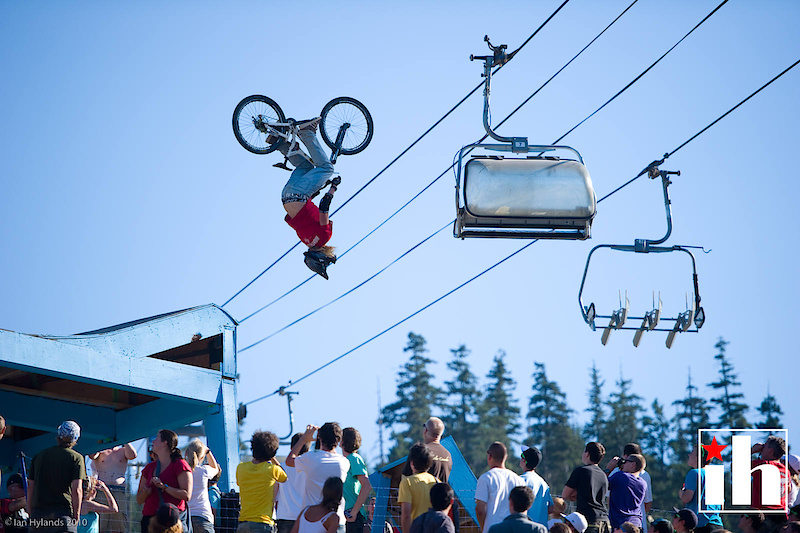 Greg Watts - 7th Place and 2009 Crankworx Slopestyle Champion
"The Compound was perfect for learning new tricks and having fun. Hopefully I can clear my schedule and come for the whole summer next year" 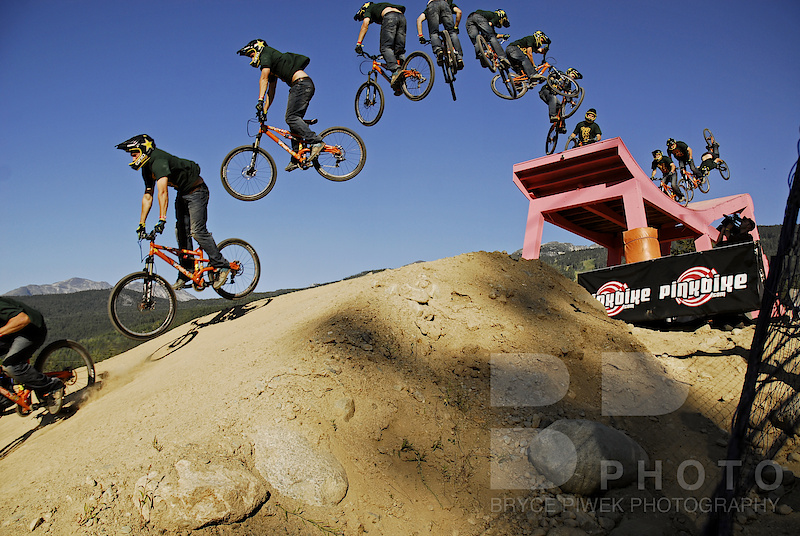 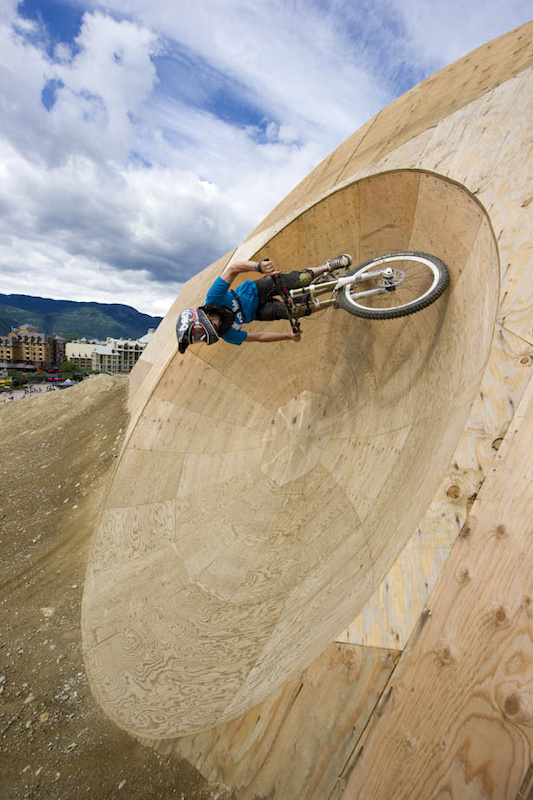 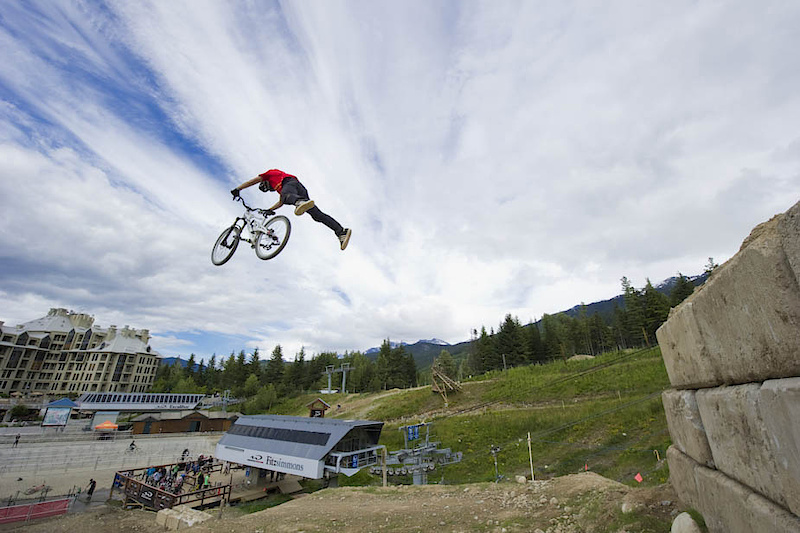 Congratulations to all our coaches. A special thanks to Gareth Dyer, your eye for talent is awesome. It was an amazing summer and an even more amazing Crankworx. 6 of the top 10. Unbelievable. I'll remember this weekend and how proud I was of everyone for a really long time.