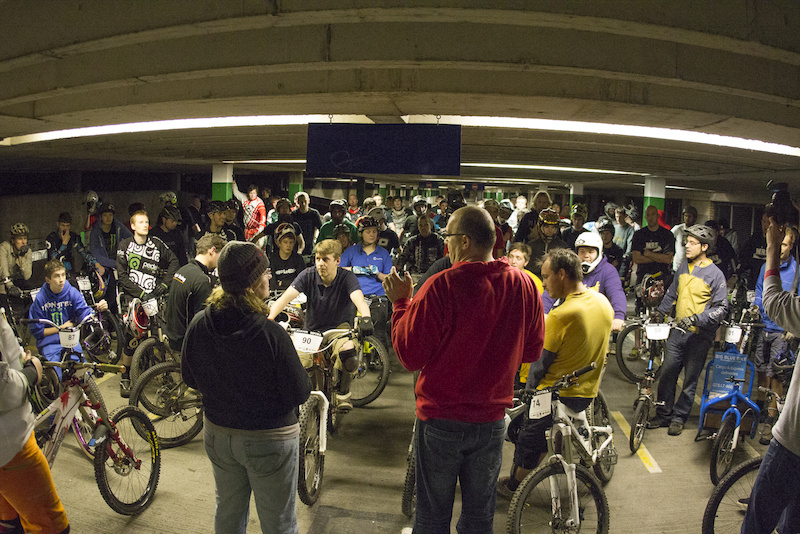 100 riders entered, that had to be whittled down to 16 through qualifying. 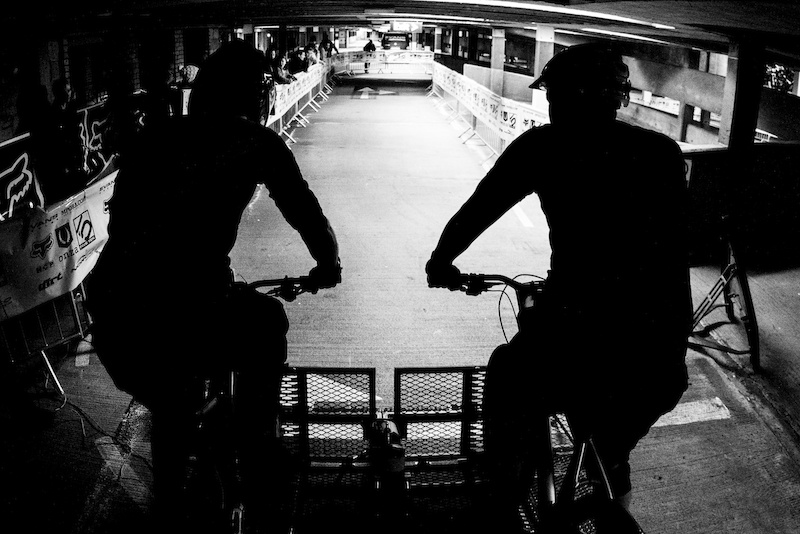 A pro dual gate on the sixth floor opened up into a 50 meter straight, followed by a tight right onto a down ramp. 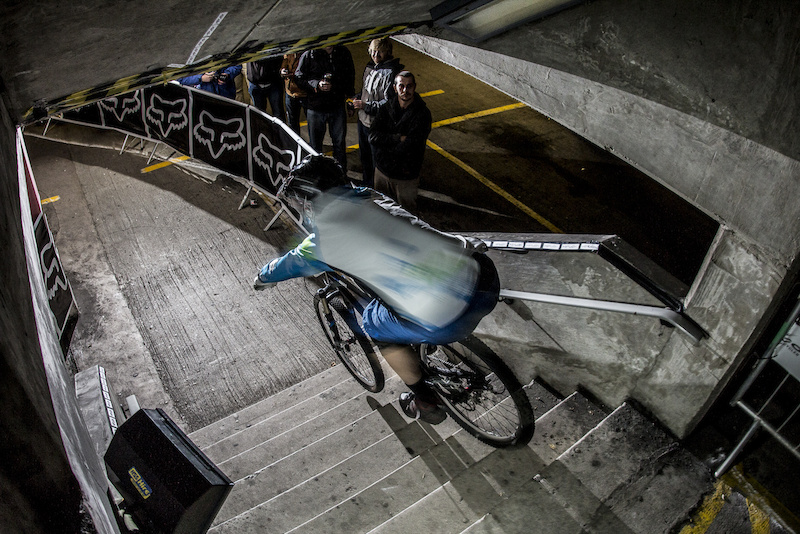 Duncan Ferris on his first run down, flat out and getting as low as possible. 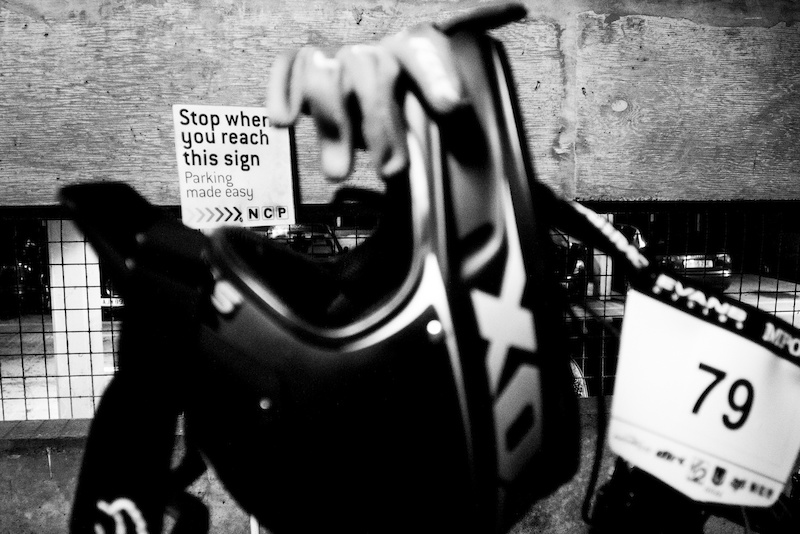 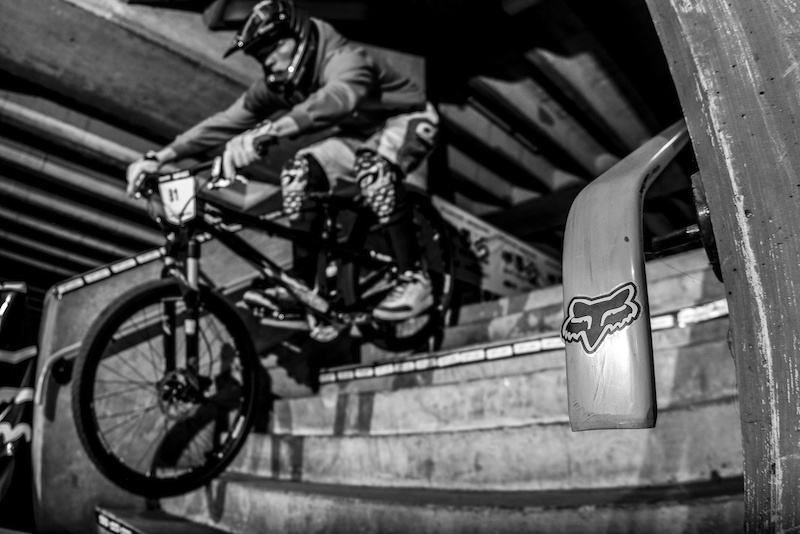 Fox had a huge part in making this event happen, big brand presence as well as handing out lots of freebies. Here Alex Metcalf (third place) sends a set of stairs. 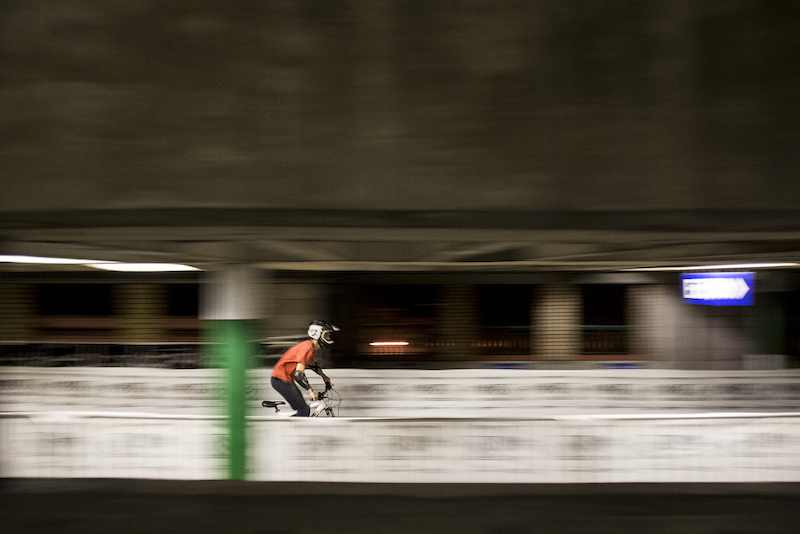 Hopefully this sums up the essence of how lonely qualifying is, one man vs the clock. Level five (The drag floor) 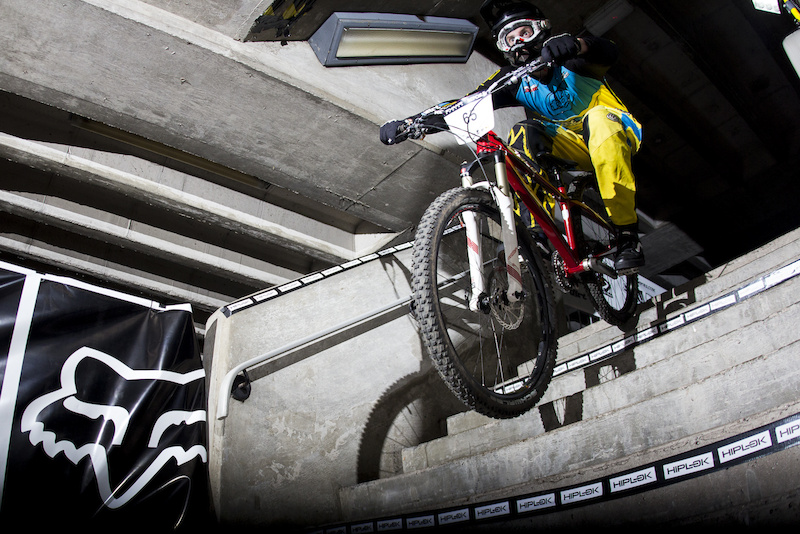 Dirt/Norco's Stanny showed up and looked comfortable, unfortunately he wasn't quick enough to qualify which was the case for a lot of big named riders. 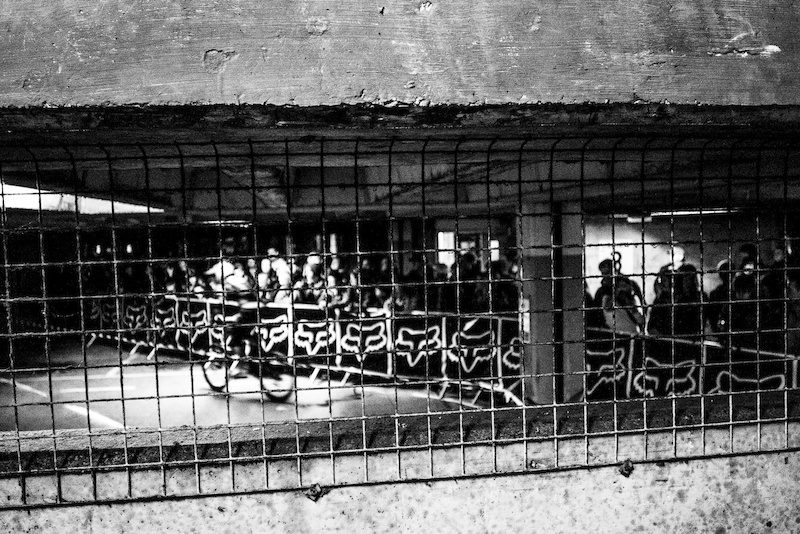 Big crowds came off the streets to spectate and heckle. 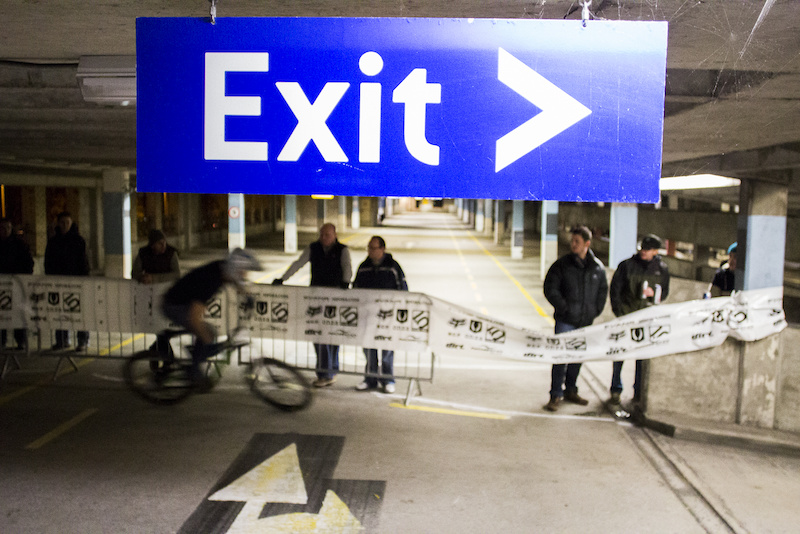 If you were over six foot tall, staying upright wasn't your only worry. 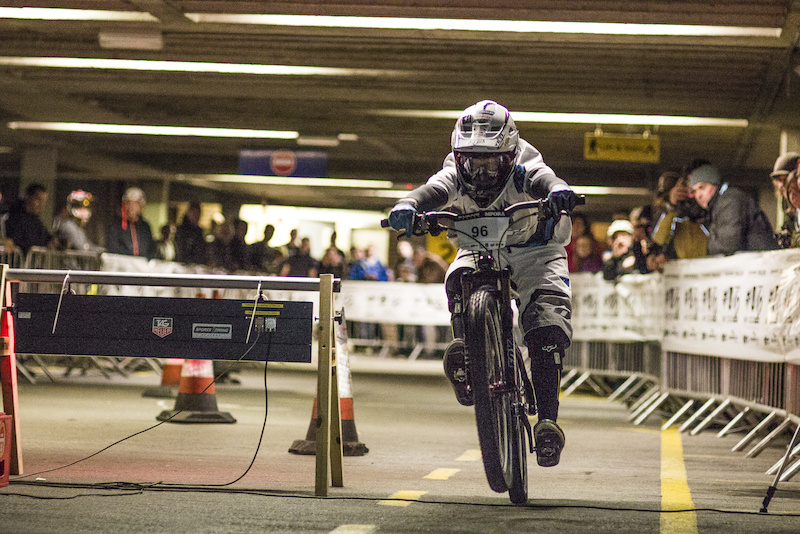 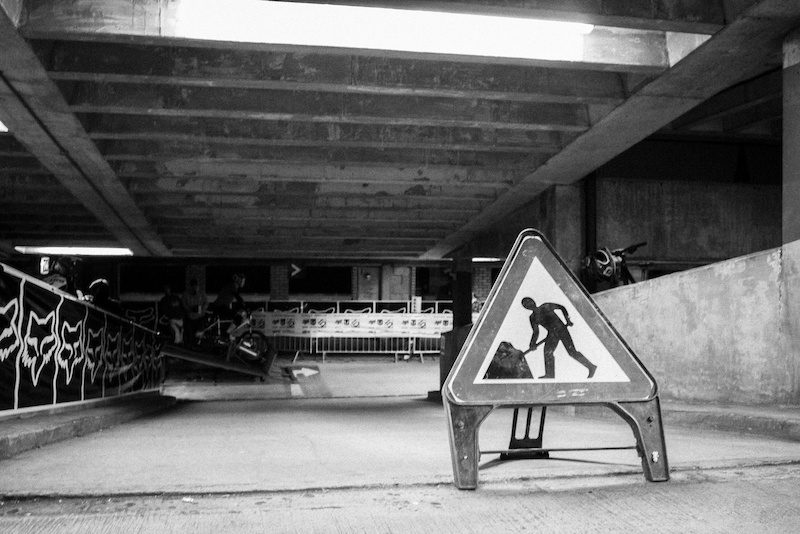 Down for maintenance. A ten-minute break ensued after qualifying to allow the riders to catch their breath. 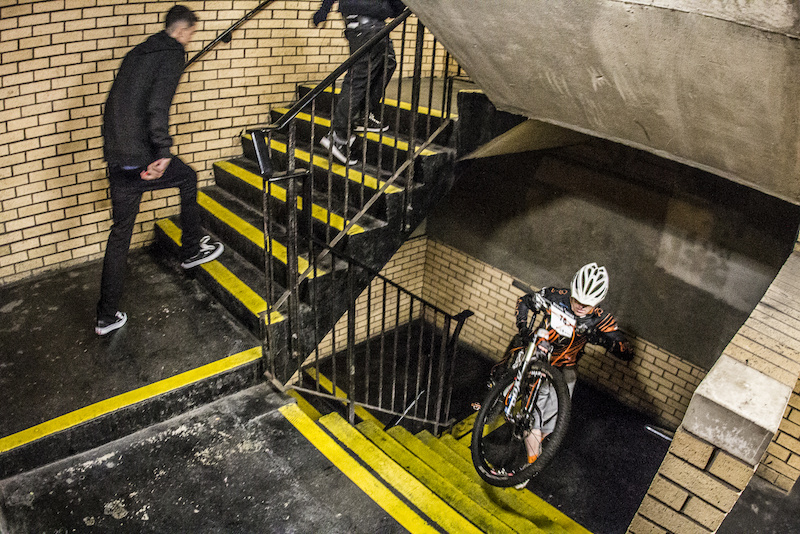 No uplift, just a hike up 12 flights of stairs. 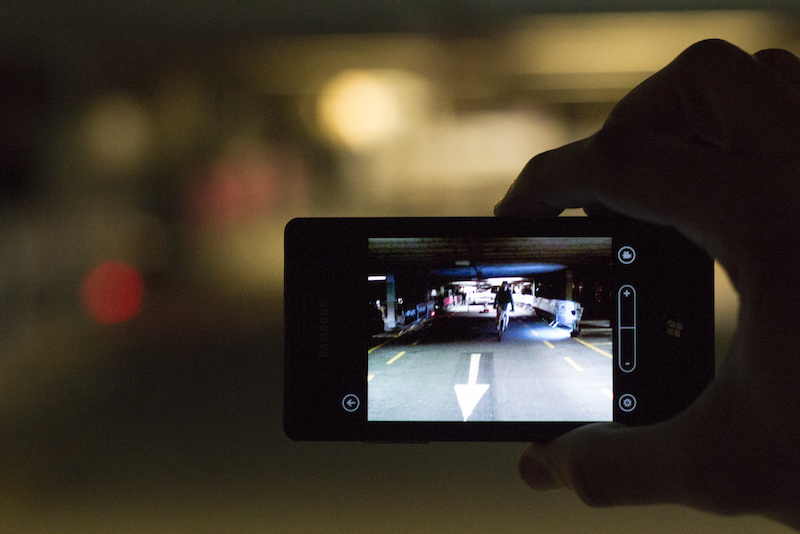 Rob from Fox getting an image for the corporate tweet. 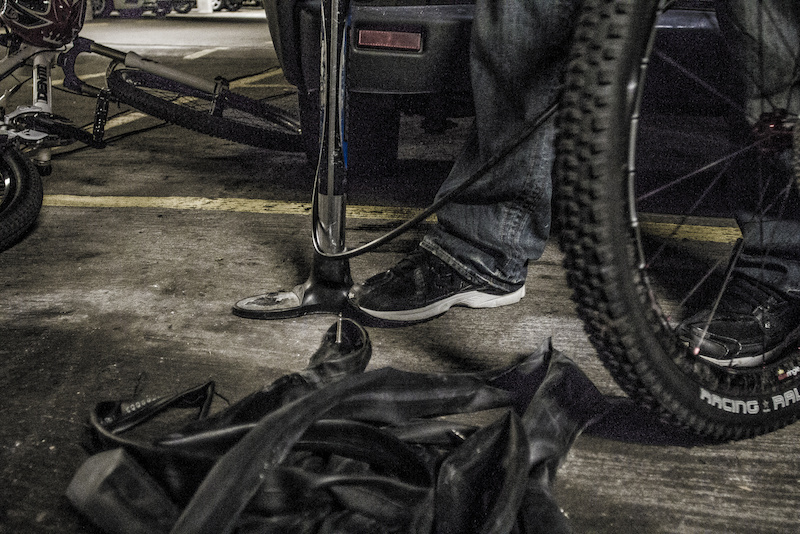 The story of the night, run after run pinch flats. 45psi and upwards was where it was at. 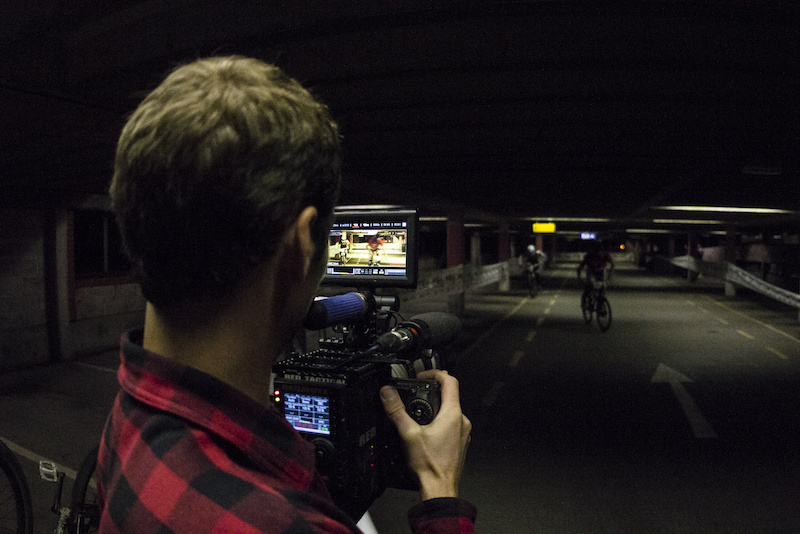 Considering how ghetto the event location was there was some top flight media folks in attendance. 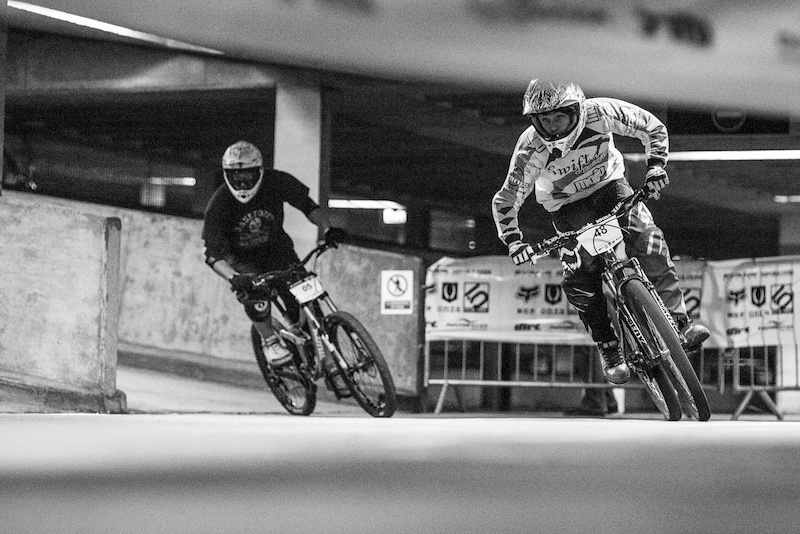 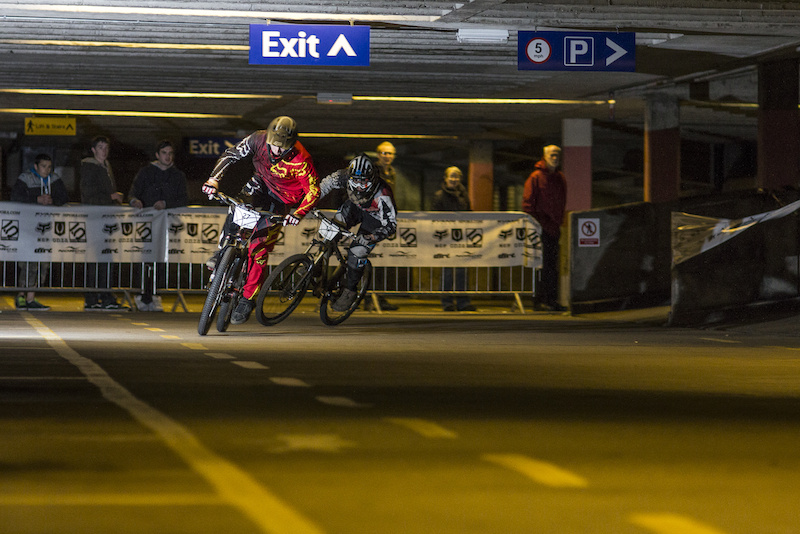 Harry Heath made it through to the round of 16, but unfortunately it was a poor show for the downhill boys, not one in the top five. 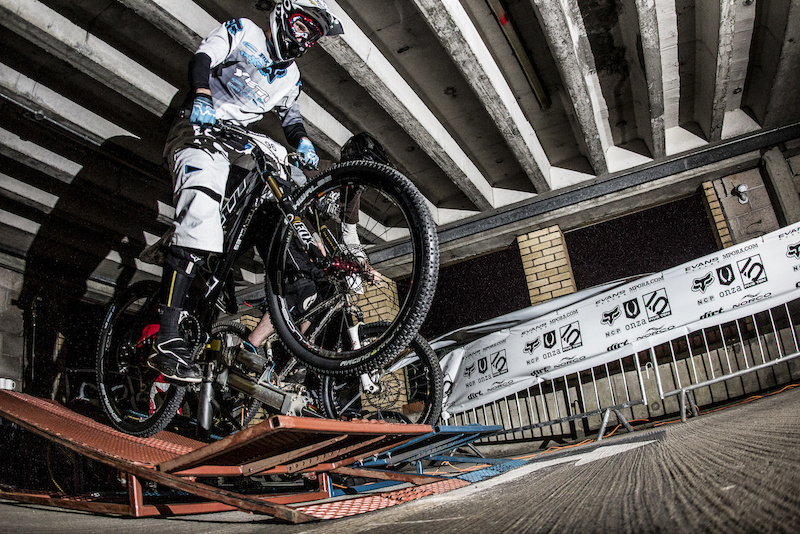 Scott Beaumont getting the snap out of the dual gate. Placed against Lewis Lacey in the quarter's saw Scott off. 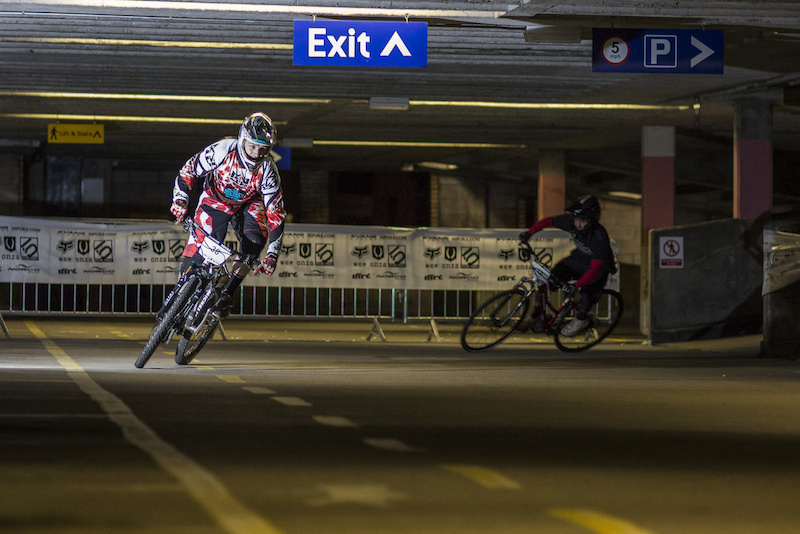 Lewis Lacey powering through the round of 16. 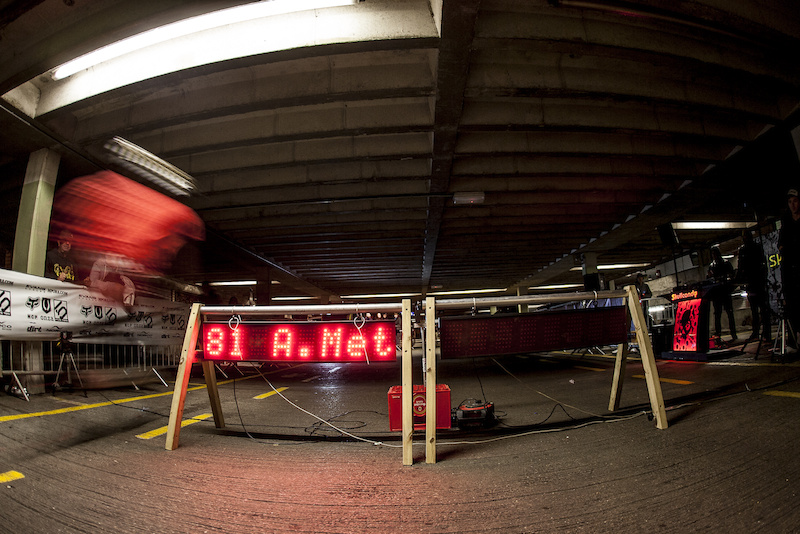 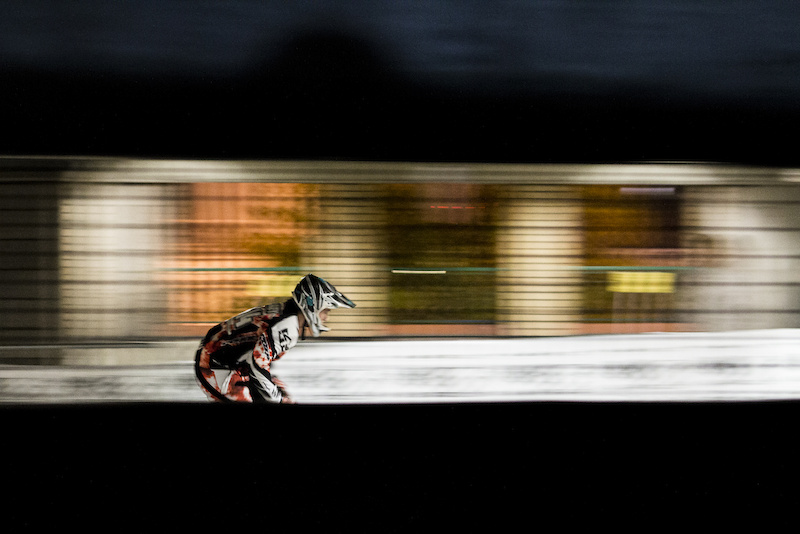 Lewis Lacey on his way to take the win and the big old cheque for $1000. By this point he had left Nathan Parsons far behind. 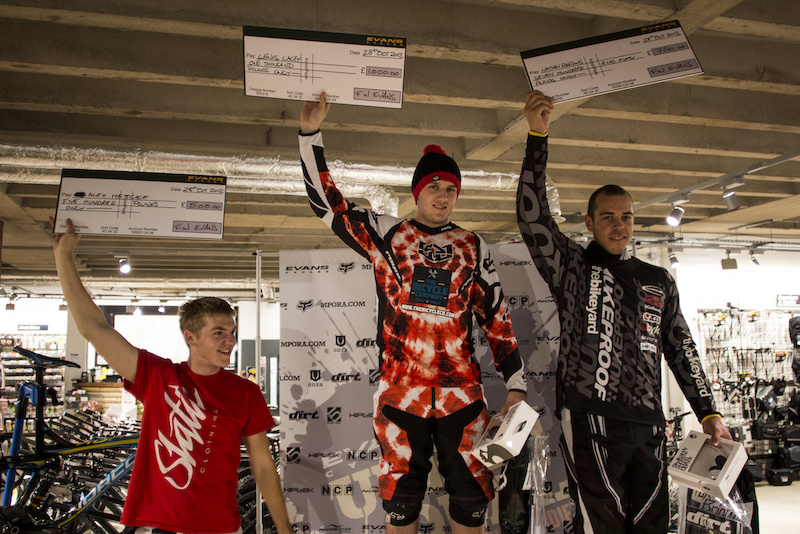 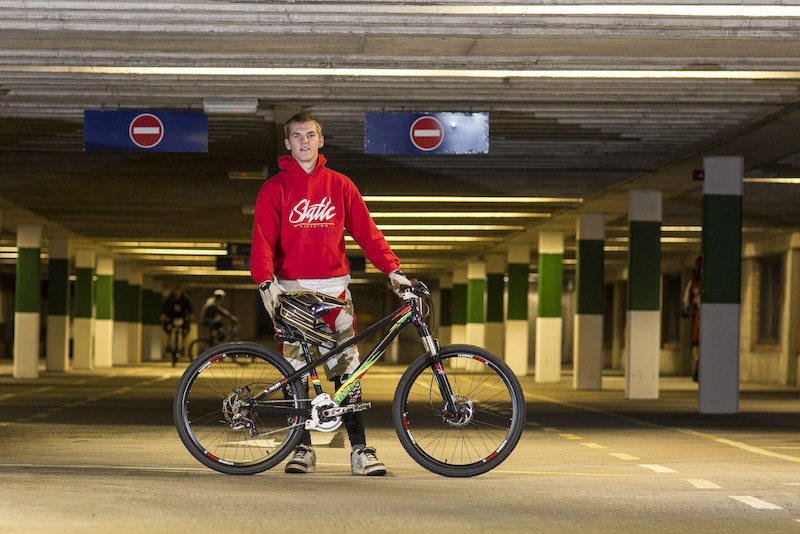 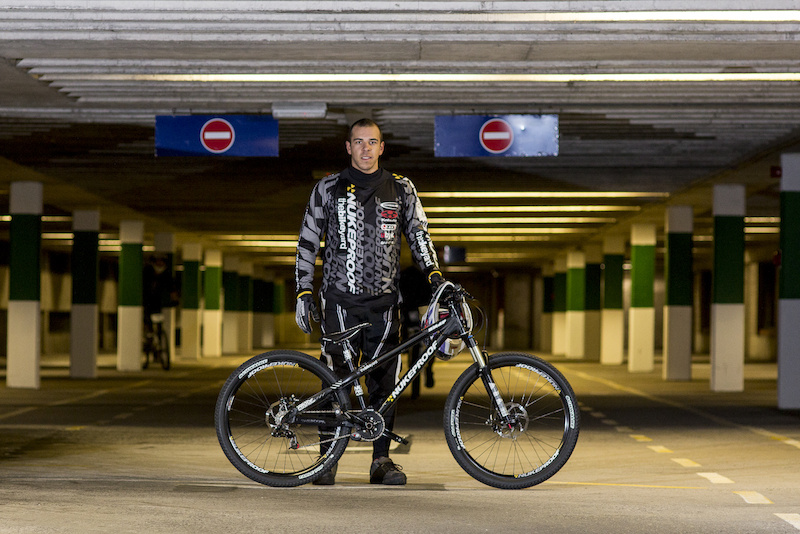 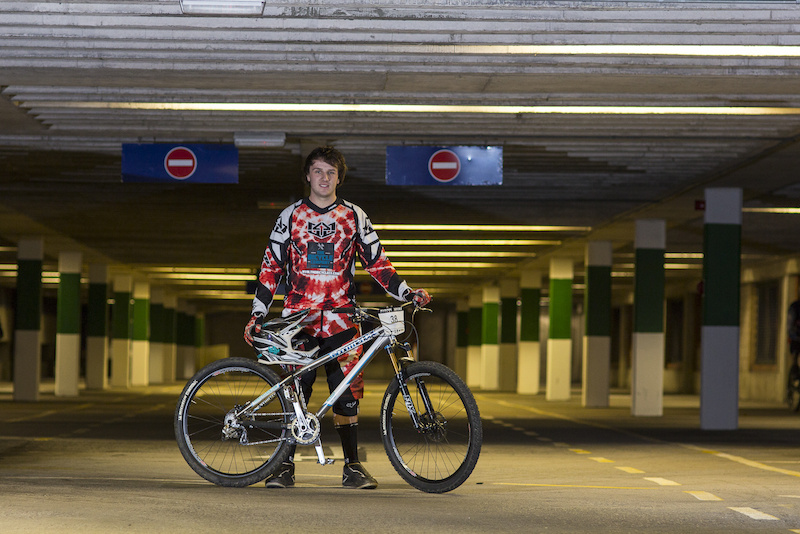 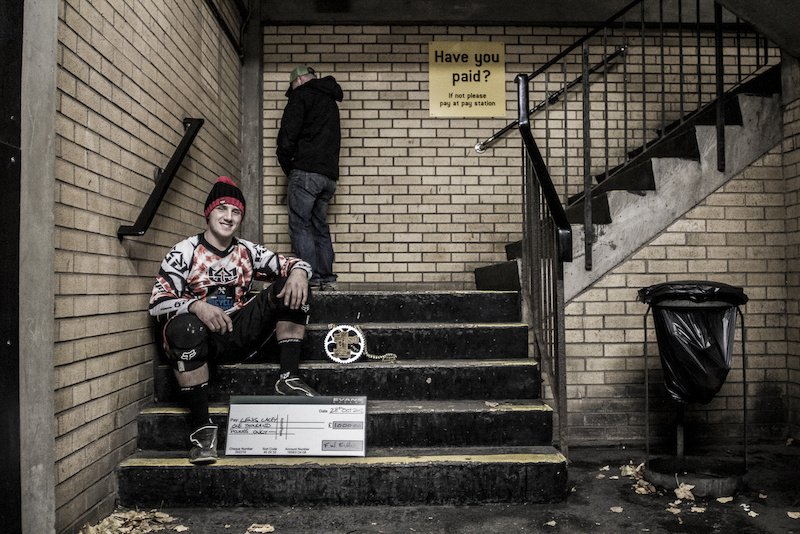 Men Finals 2012
Here's a video from Jeremy Chappel of the event as well:

spongebomb (Oct 30, 2012 at 3:48)
@TheGoose: my comments are always ment dead-seriously and never have a slight form of sarcasm

Was an enjoyable way to spend a sunday evening, i'd be surprised if they didn't do a few more, a fair few spills in the last 16 made it a good watch.

andrewbikeguide (Oct 30, 2012 at 11:55)
Here's a £ symbol so you can edit the article accurately. Quite a bit of difference in value between £1000 and $1000.
Good article though - great idea for a local race as there are multi level car parks everywhere!! Well done Fox for supporting grass roots competitions.

icklerachy (Oct 31, 2012 at 10:16)
Shame to see the women were not aknowledged.despite waiting around in the cold just to race and not for prize money.was a great event although very late finish.

prenderville (Oct 31, 2012 at 9:05)
look at laceys racing picture , look what bike hes up against , it looks like a womens town cruiser