May 17, 2011 at 5:35
by Clemens Capeller
Tweet
The Canary Islands, also known as the Canaries are a Spanish archipelago located just off the northwest coast of mainland Africa, are only a four hour flight away from the German airport Frankfurt. So Tenrife, La Palma, Cran Canaria, El Hierro and La Palma are the perfect location to escape the bad winter weather in Europe.

So the idea was born to make the Gravity Girls Fototrip to these beautiful volcanic islands. With the help from Atlantic cycling (www.atlantic-cycling.de) the idea came up to make 5 Islands in 5 days to cover all the different landscapes. So Steffi Marth, Jess Stone, Solveig Lindgren and Katja Rupf got on the plane to bring the idea to reality.

Tenerife is the largest and most populous of the seven Canary Islands. With the peak of Teide, at 3718 meters above sea level and more than 7,000 meters above the ocean floor, it is the highest point in Spain and in the Atlantic Ocean. The volcano is the third largest on the planet. There´s also a nice bikepark on the islands for those who need a little variety from the natural tracks. www.bikeparktenerife.com

The local downhill scene uses the bus from Puerto de la Cruz to the Teide to get up to the entry of Las Canadas del Teide. So it was clear that the girls would take the bus together with a bunch of Spanish riders. After the drive from sea level to the entry of the nation parc Las Cañadas, the bikes were set up and final adjustments made for the downhill rides ahead. 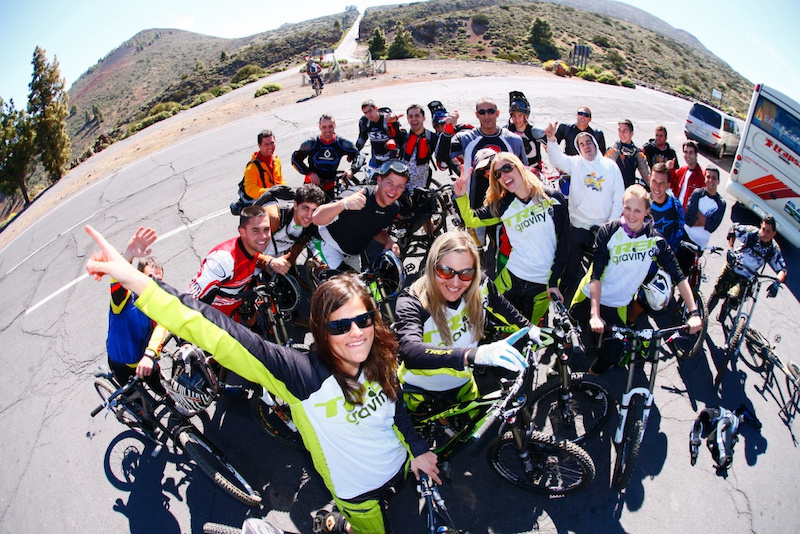 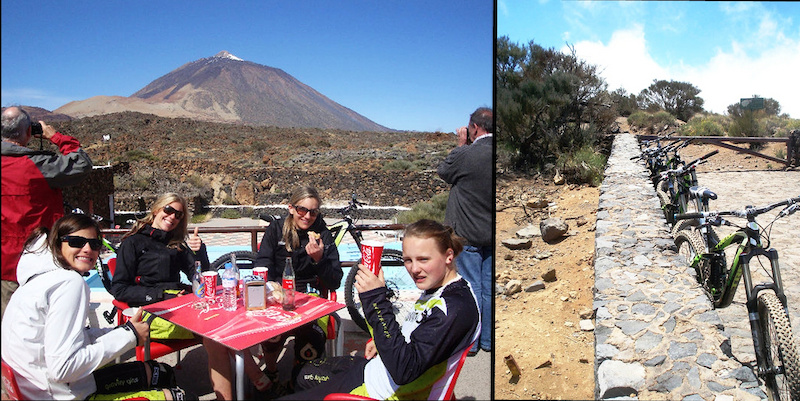 Second breakfast for Jess, Steffi, Katja and Solveig and then everyone was ready for the downhill and getting some nice shots out of it. 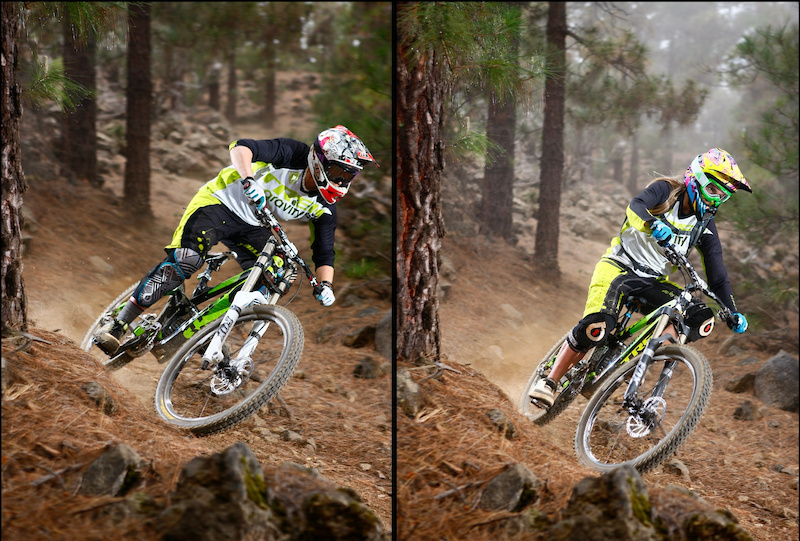 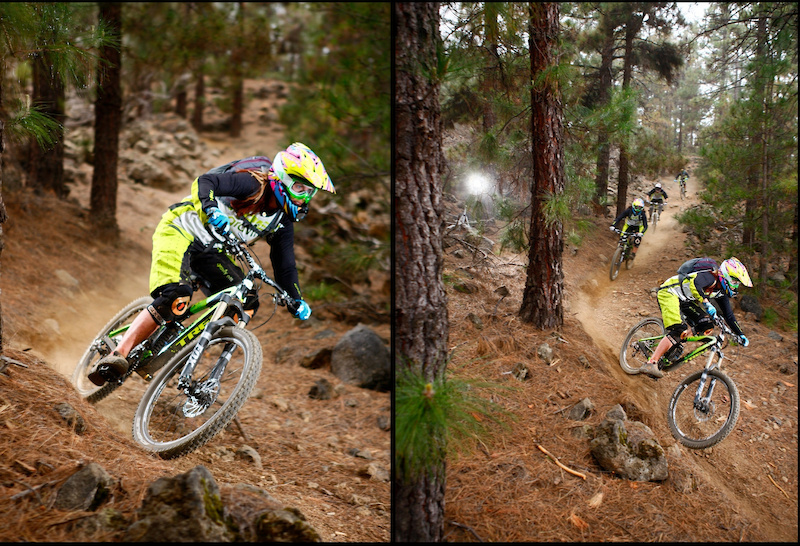 On the descent down to beach level from Pico de Teide 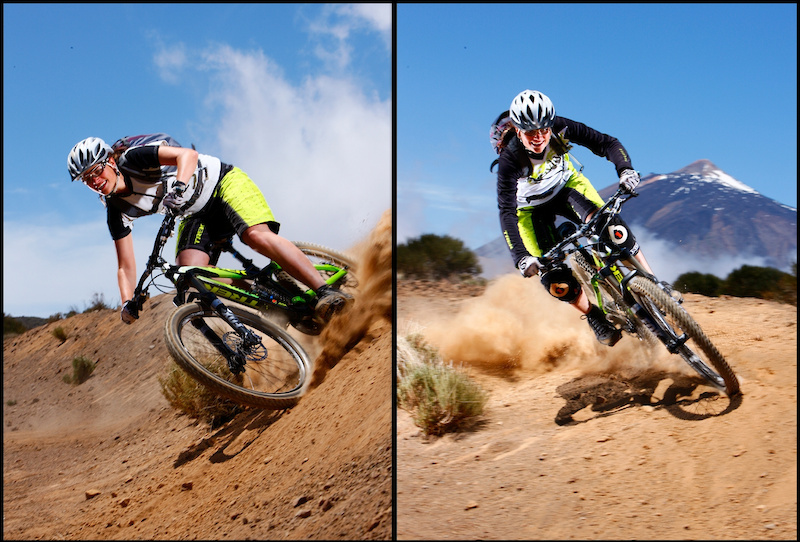 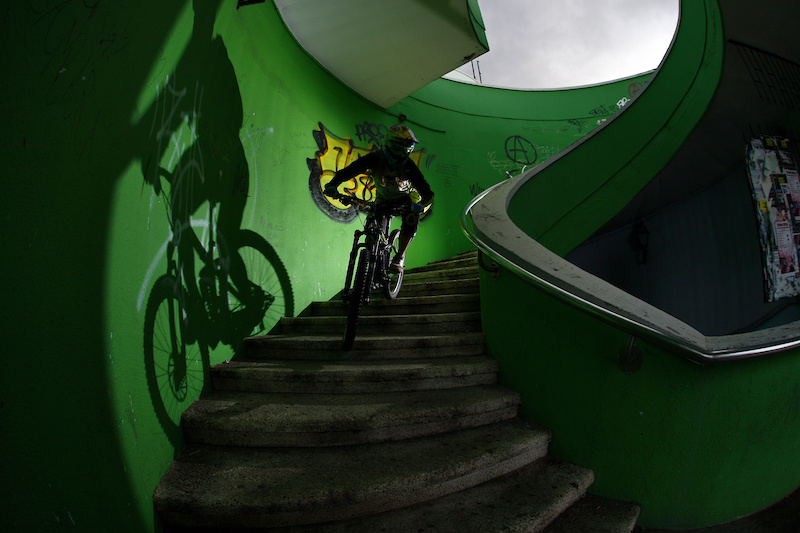 Before catching the ferry to the next Islands at the evening, there was time and the perfect location for some urban riding shots. Green is the color to match. 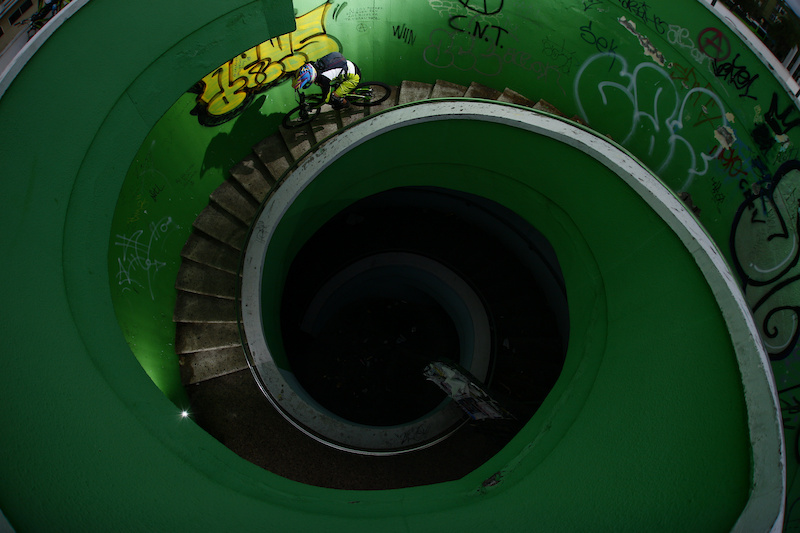 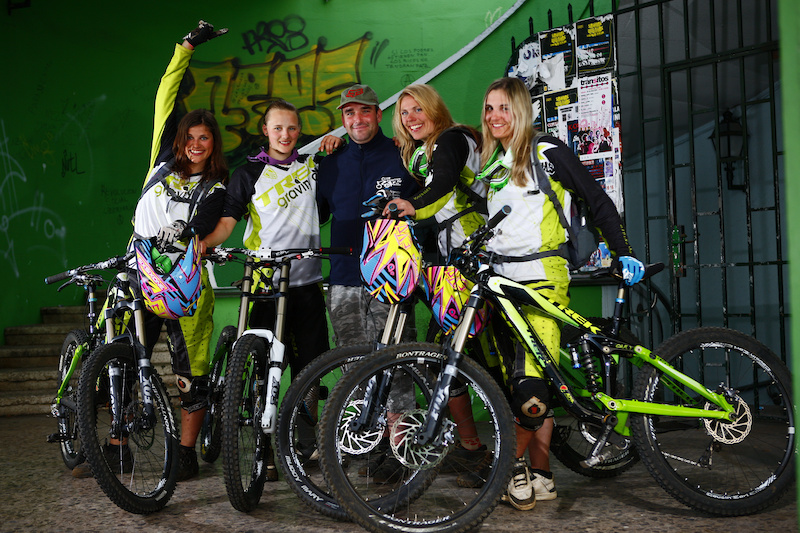 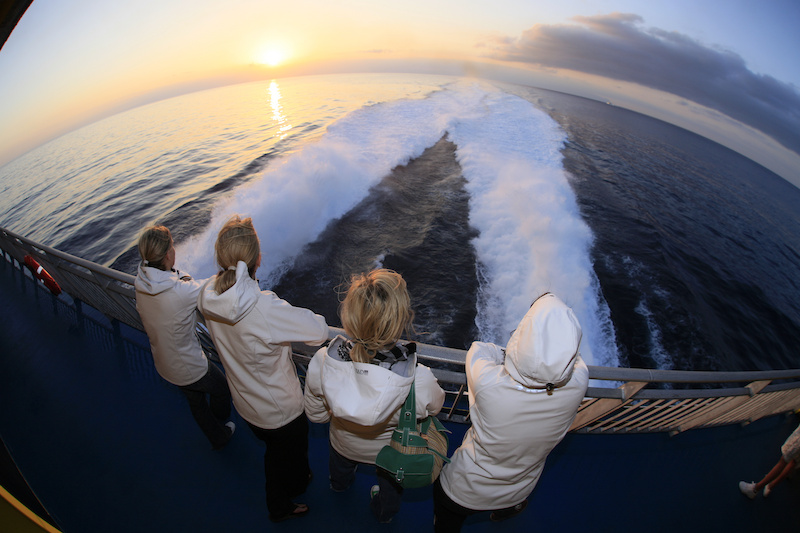 Sorry I couldn't avoid it, I found a couple of mistakes (mostly name related) in your writing. And yes I also make mistakes, as I already mentioned above English is not my first language:

Cheers and I'll will waiting for your next post.

... it is not a matter of Grammar Nazi, just to let the people know that those are not the right names. Zpesialised is not the same than Specialized for example.

And as I said at the very beginning I also make mistakes.

davidstuartkelly (May 18, 2011 at 0:17)
What an Awesome place to ride, been to Tenerife many times and would have really liked to ride there.Stunning pictures.